Kyouka is a ramen shop in the Beaches with roots in Tokyo. The original restaurant was established in the late '90s by a Mr. Machida, and now his former apprentice Kenji has come to Canada to carry on the tradition.

The outpost on Queen East is a compact space with seating for just over 20 guests. At lunch hour you'll find the four-tops packed while singles are perched on stools facing the open kitchen. 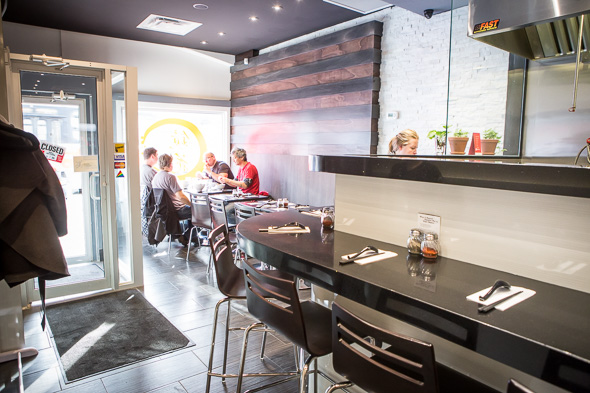 Making everything from scratch is a point of pride for the restaurant, though the noodles are an exception, commissioned from a company in the States. 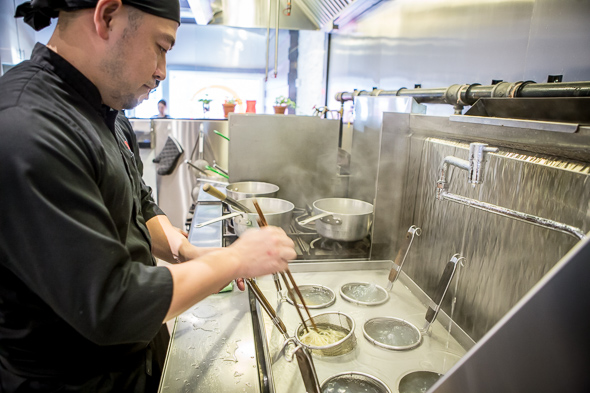 The menu features six bowls of ramen, a seasonal feature and a handful of apps. When asked if the ramen here are the same as at the Tokyo branch, Kenji notes that recipes have been changed based on the availability of Canadian ingredients and here they use less fish in the broth on the presumption that Torontonians aren't as accustomed to briny flavours and fishy aromas. 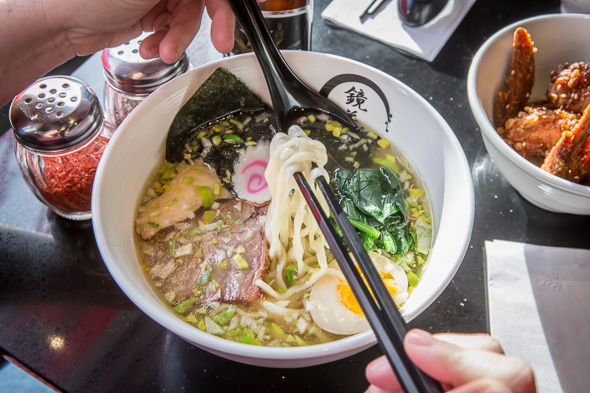 There's still a welcome infusion of clam seasoning in the shio ramen ($11), a clear chicken and kelp broth swimming with chopped leeks. The broth might look thin, but it packs real flavour and blissfully clings to the chewy noodles as they're slurped up. 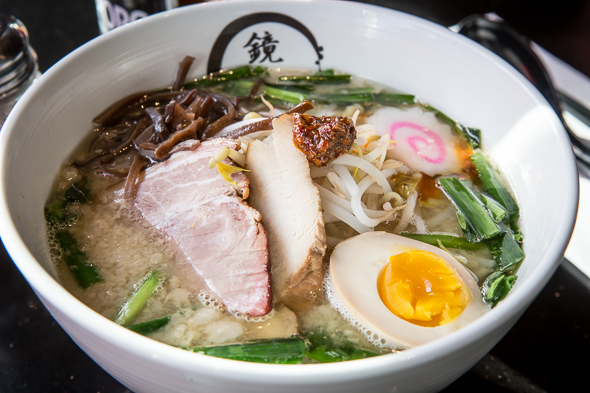 The signature Kyouka ramen ($11) is even more complex, starting with the same chicken and kelp broth, it's reduced almost twice as long with the addition of pork bones. The result is a milky broth deepened with a house-made liquid soy seasoning. It too gets topped with a soft egg, naruto fish cake and slices of chicken and pork plus mushrooms, chives, bean sprouts and chili paste. 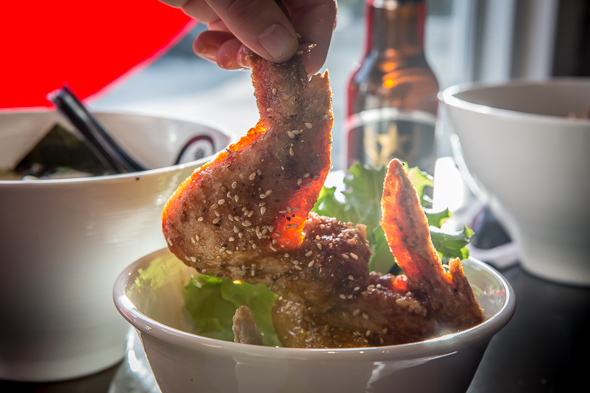 Aside from ramen, a collection of appetizers adds some variety. Soy and mirin glazed karaage wings ($6) are familiar and easy to like, while slow cooked beef tendon don-buri ($5) is a more acquired taste. 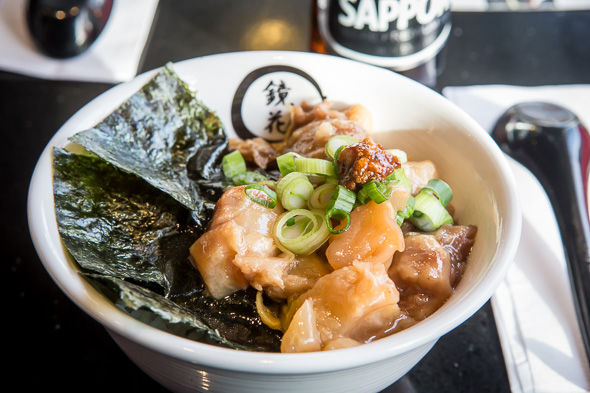 I actually quite like the dish; a bowl of sticky rice topped with unctuous morsels of gelatinous beef tendon garnished with nori, scallions and chili paste.

Drink-wise there's canned pop and Sapporo and Sleemans in bottles. The restaurant might add sake at some point but appears to be in no rush. 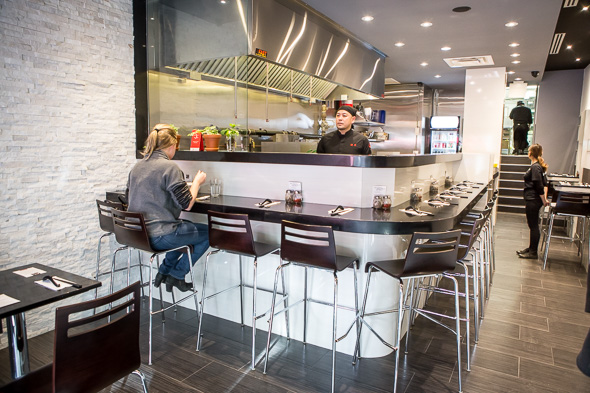 You can visit for lunch and dinner, but not in between - the restaurant shutters for a couple hours in the afternoon. 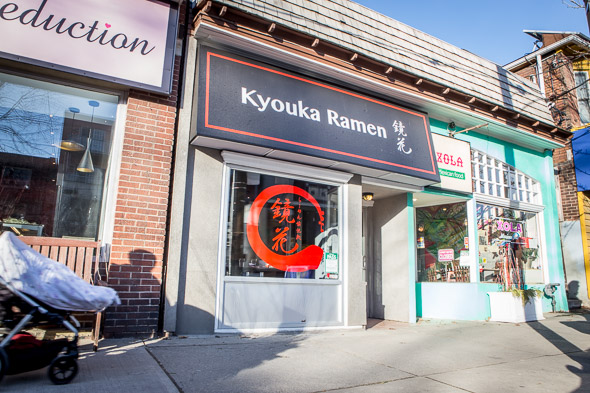