The southwestern cantina is owned by Distrikt 461, who's also behind three other venues at 461 King Street West: SPIN, Sub Division and Second Floor Events, and it started as a summer patio pop-up. 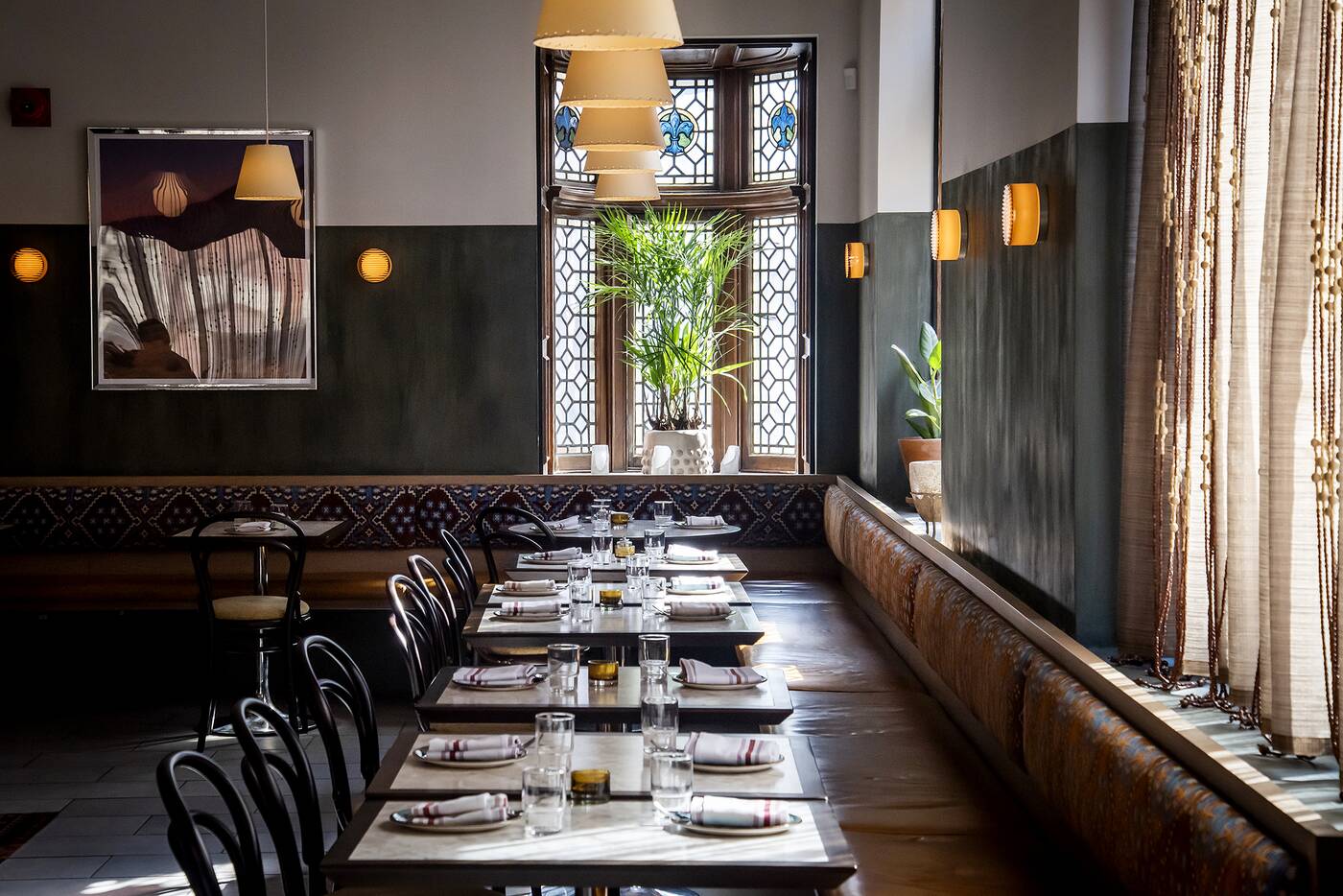 The success of the outdoor hangout spot last summer saw the concept expand indoors by the time patio weather was gone, transforming what was previously a brunch locale, The Green Wood. 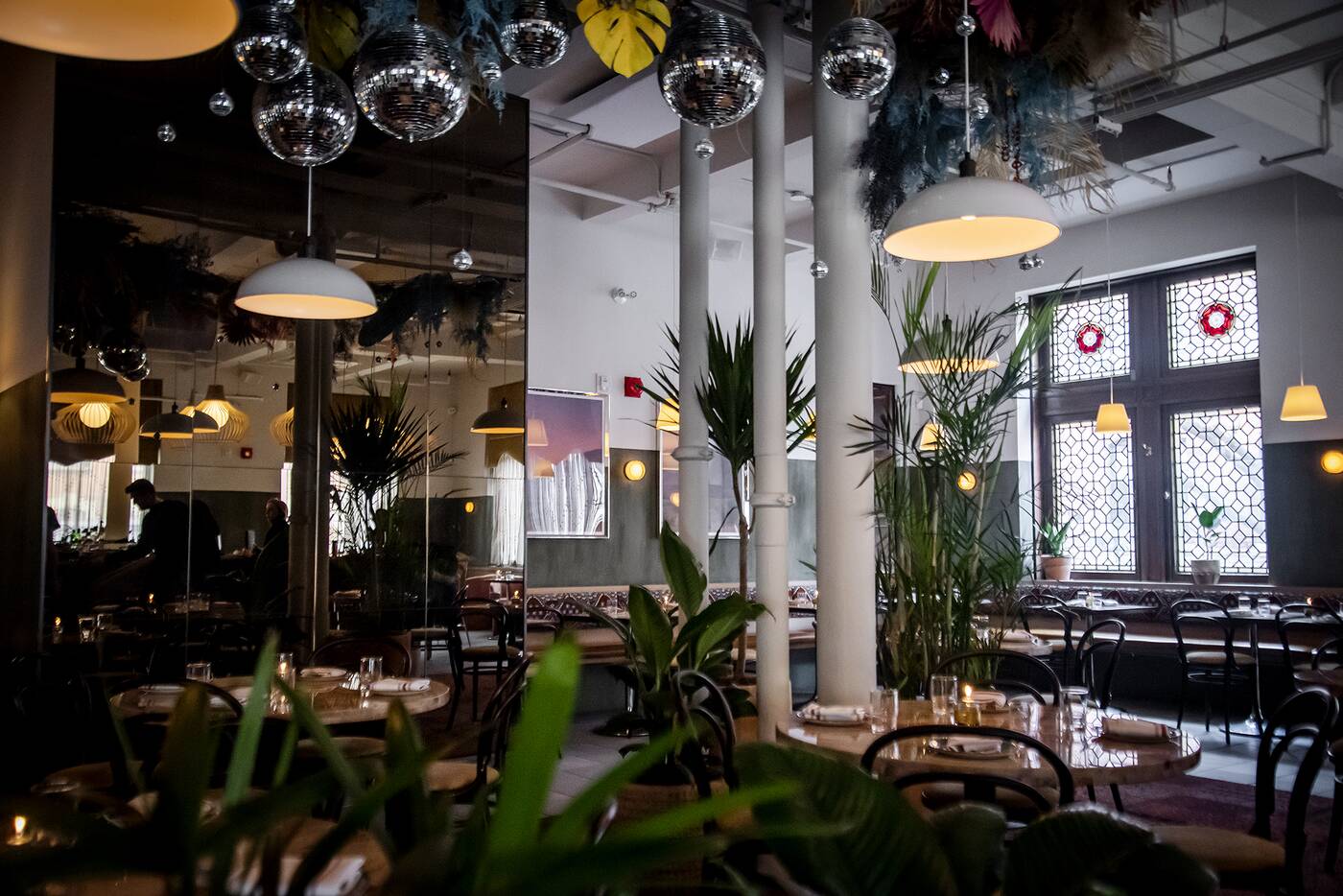 A short stairway underneath a large disco ball leads up into the large, open and beautifully-designed space where the ceiling is adorned with several more shimmering disco balls of various sizes. 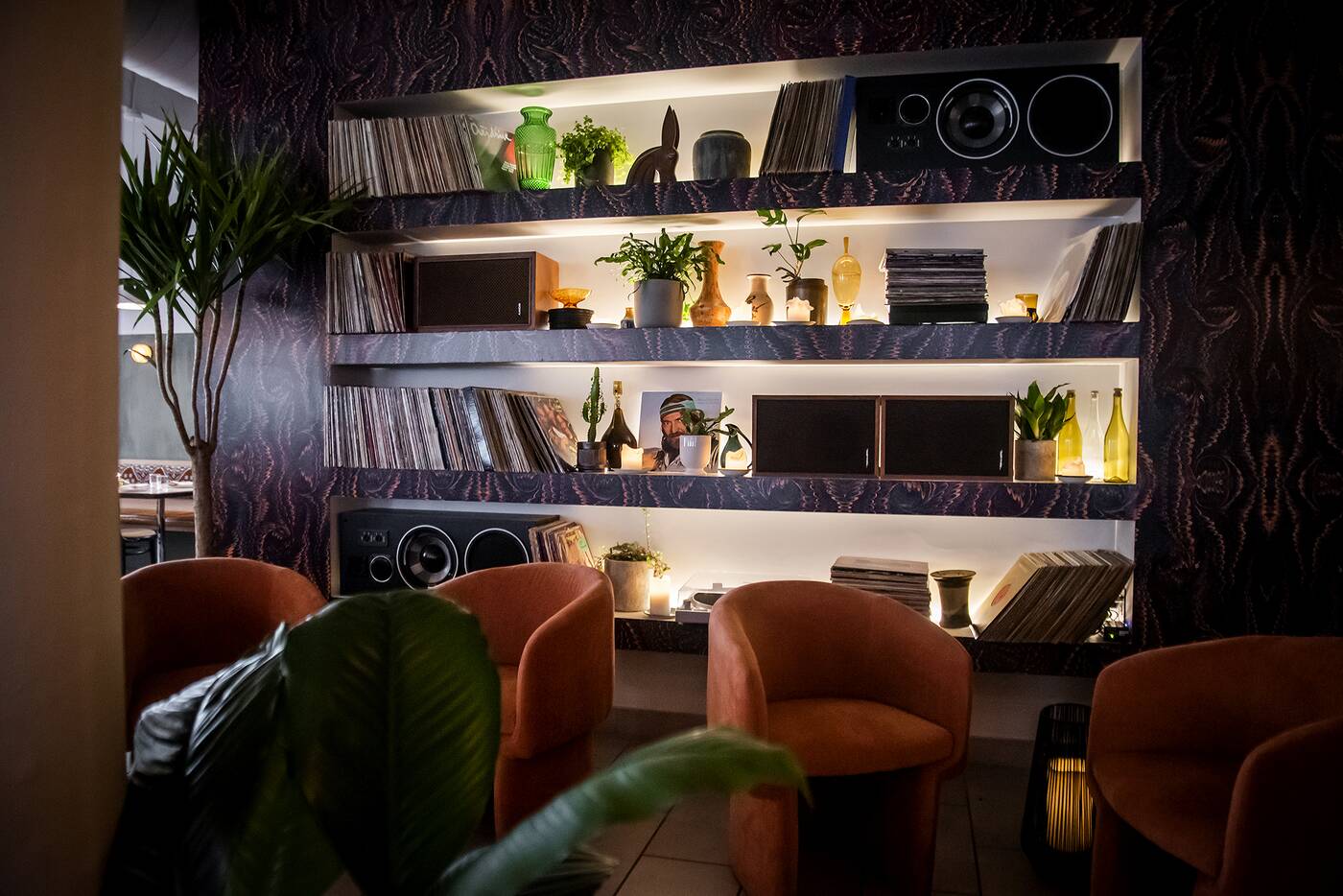 Inspired by West Texas, New Mexico and northern Mexico, there's a desert disco, dreamscape feel to the space, plus a touch of '70s flair, filled with earth tones and plants. A wall stacked with old vinyl adds to the theme. 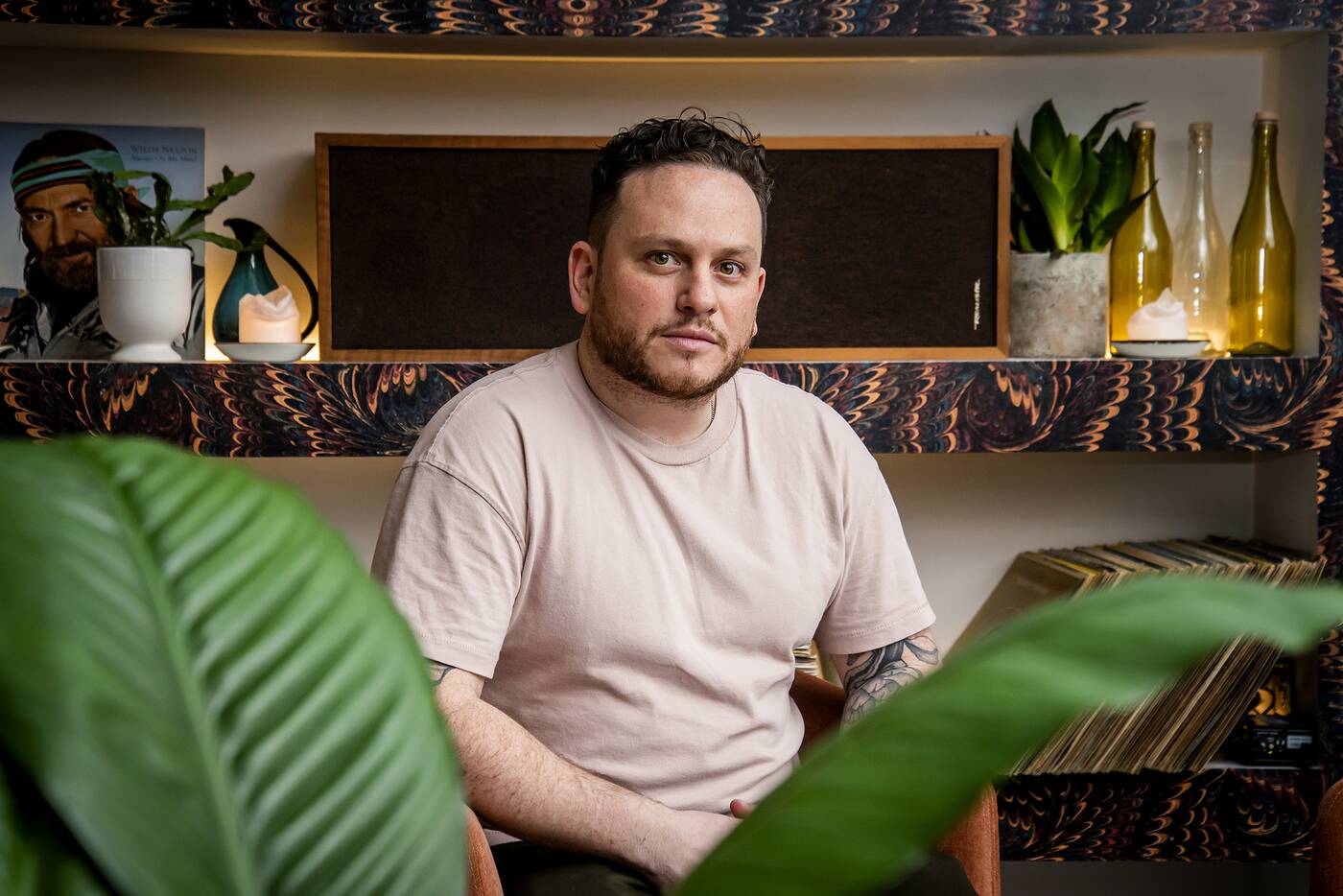 Chef Ariel Coplan used his 20-odd years of kitchen experience to create the dignified Tex-Mex menu with flavours he says can be best classified as "refined nostalgia."

The previous cook of The Green Wood, SPIN, Second Floor and his own restaurant Thoroughbred, which is now closed after five years, describes it this way: "The idea behind it is utilizing the flavours of the southwest, but refining them in a way that people don't expect." 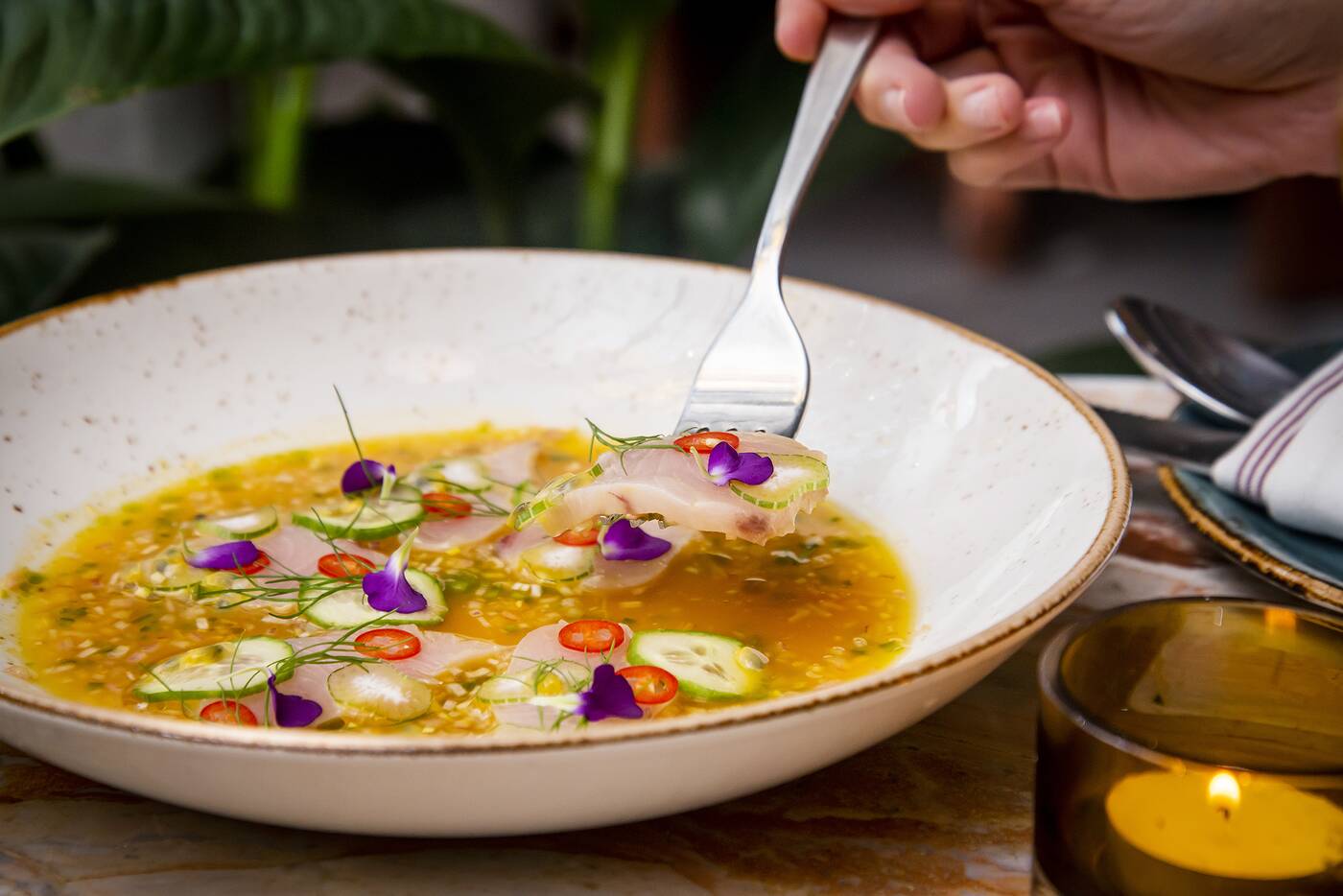 First up is hamachi crudo, served in a pool of passionfruit leche de tigre, topped with fennel, cucumbers and red hot chili peppers, just one out of the dozen of locally-grown pepper types used in the kitchen. 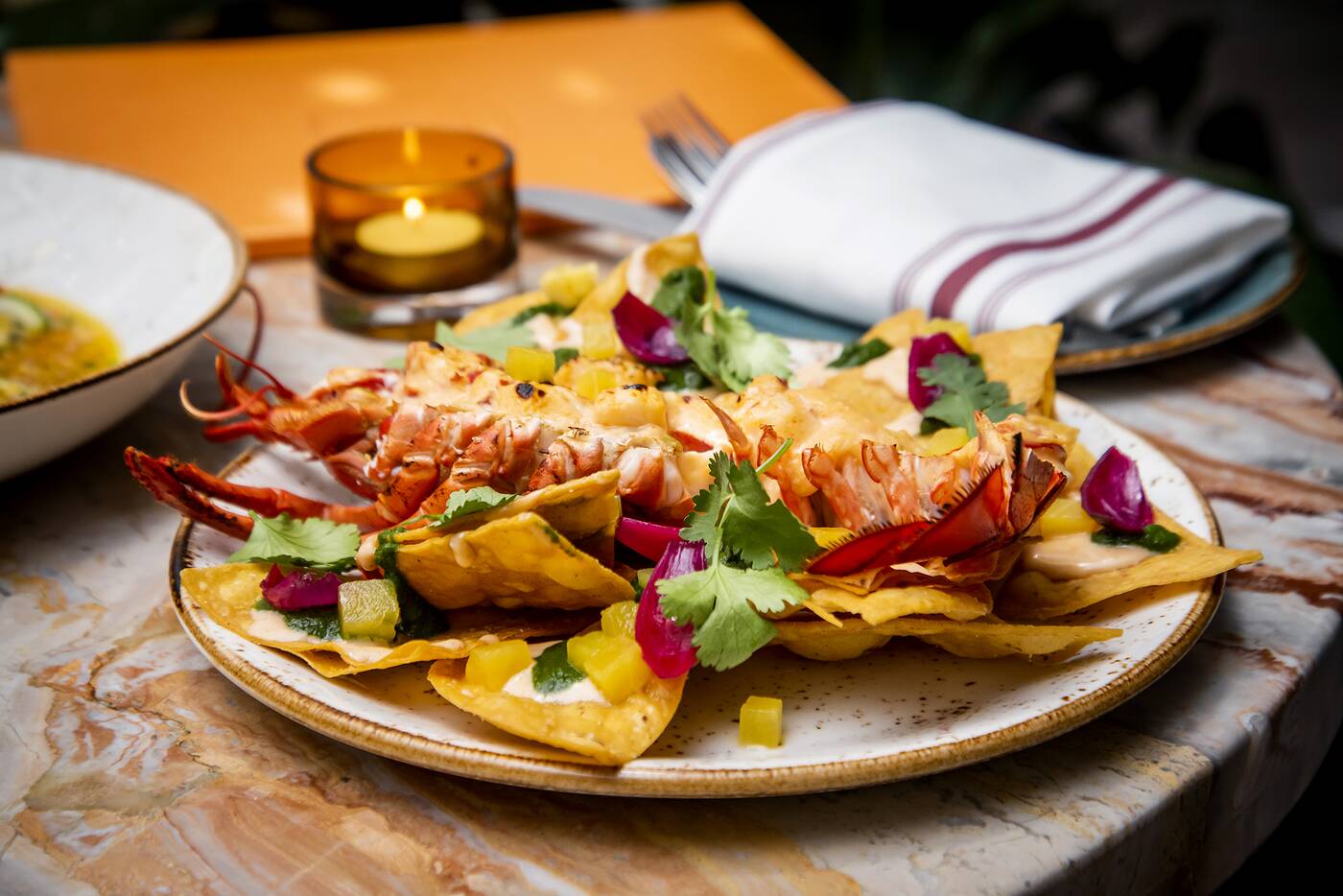 There are a few classical French nods also on the menu, the lobster thermidor nachos are a perfect example. The French dish of lobster meat in a spicy bechamel sauce isn't usually paired with corn tortilla chips, but they act as a great scoop for the thermidor.

The chips are covered in pickled pineapple and a homemade salsa verde prepared with serrano chili. 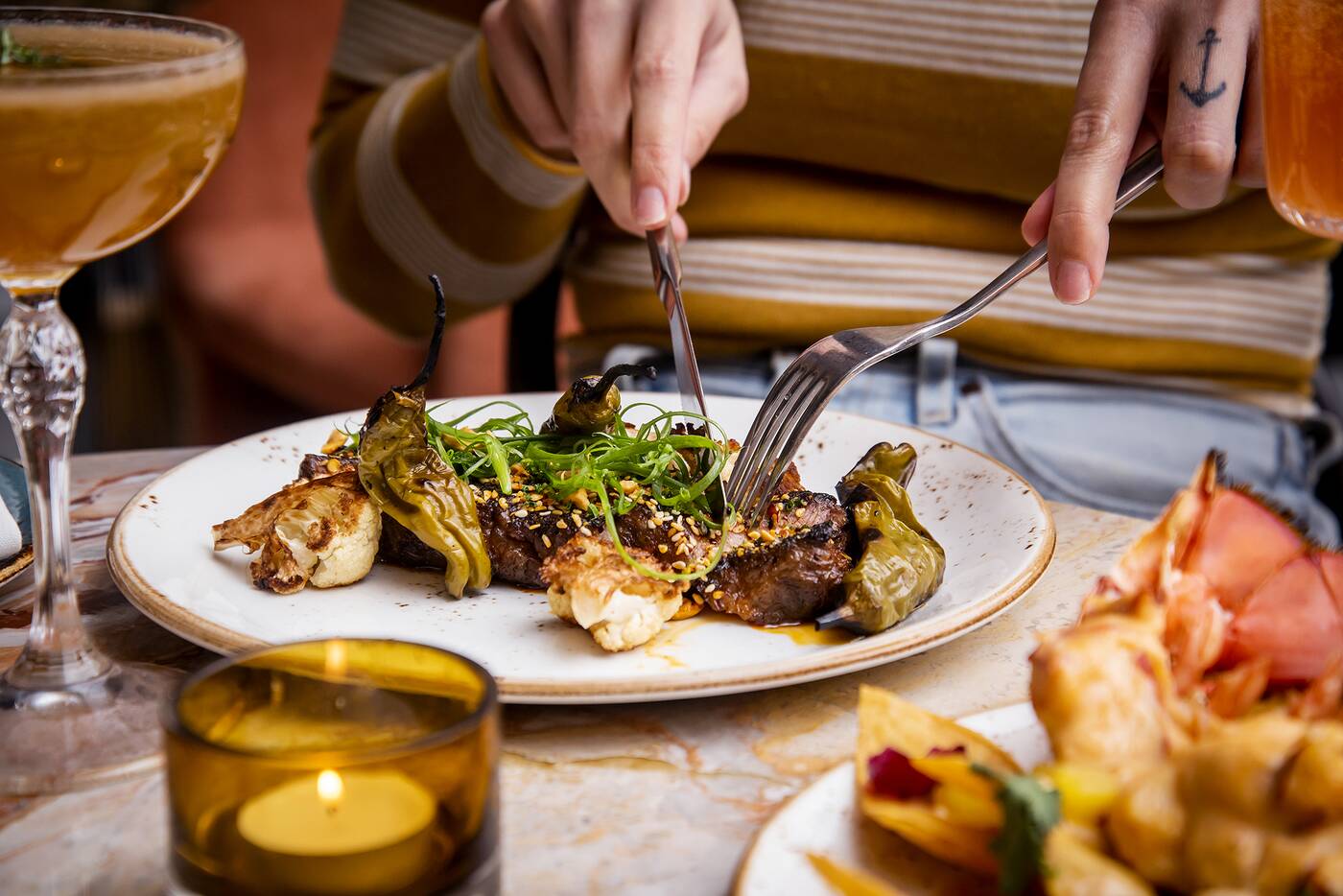 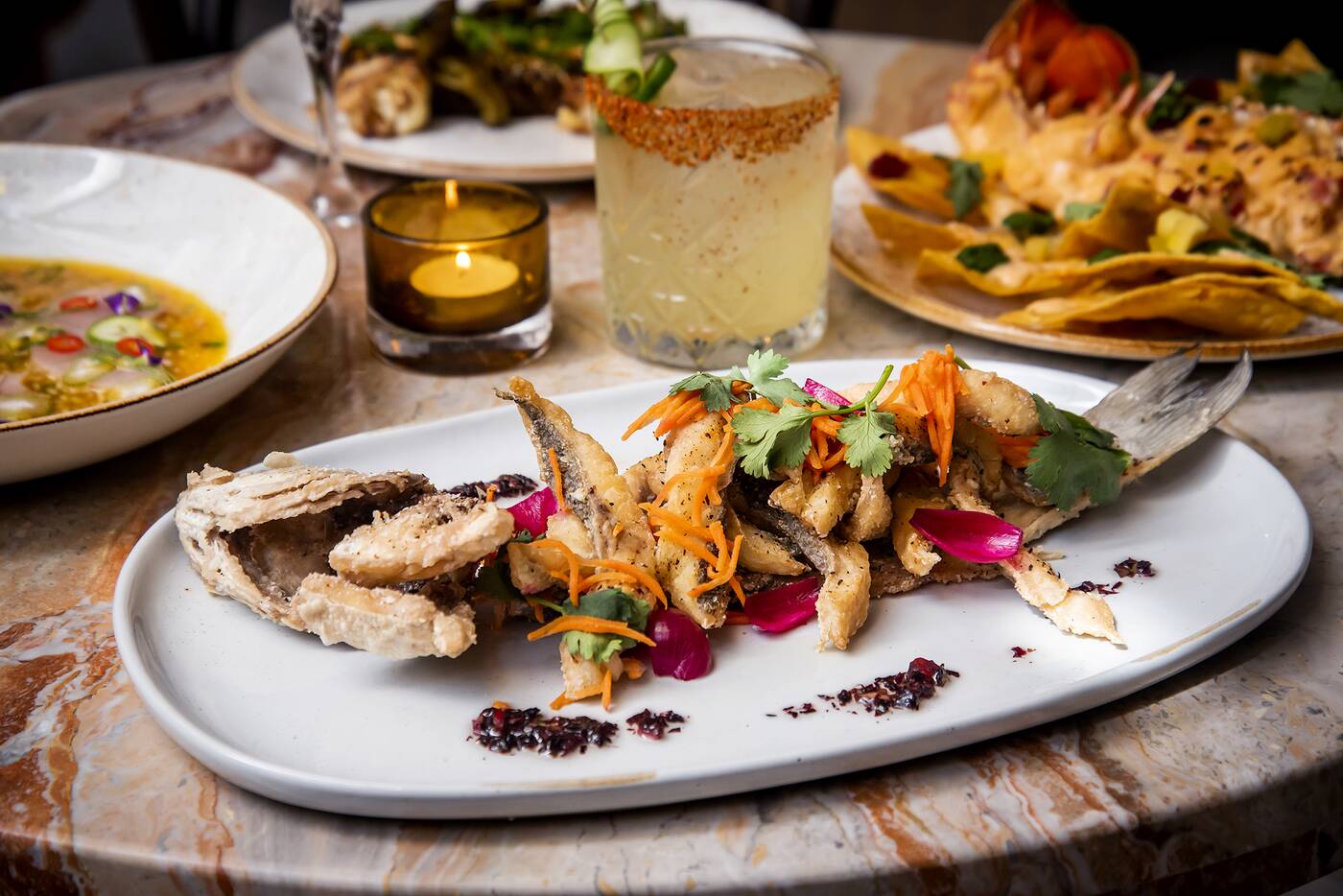 Yet another one of the shareable dishes is whole fried branzino ($39), which is taken off the bone and separated into bite-sized strips to make it easier for splitting at the table. A very light batter coats the fish garnished with pickled veggies and hibiscus. 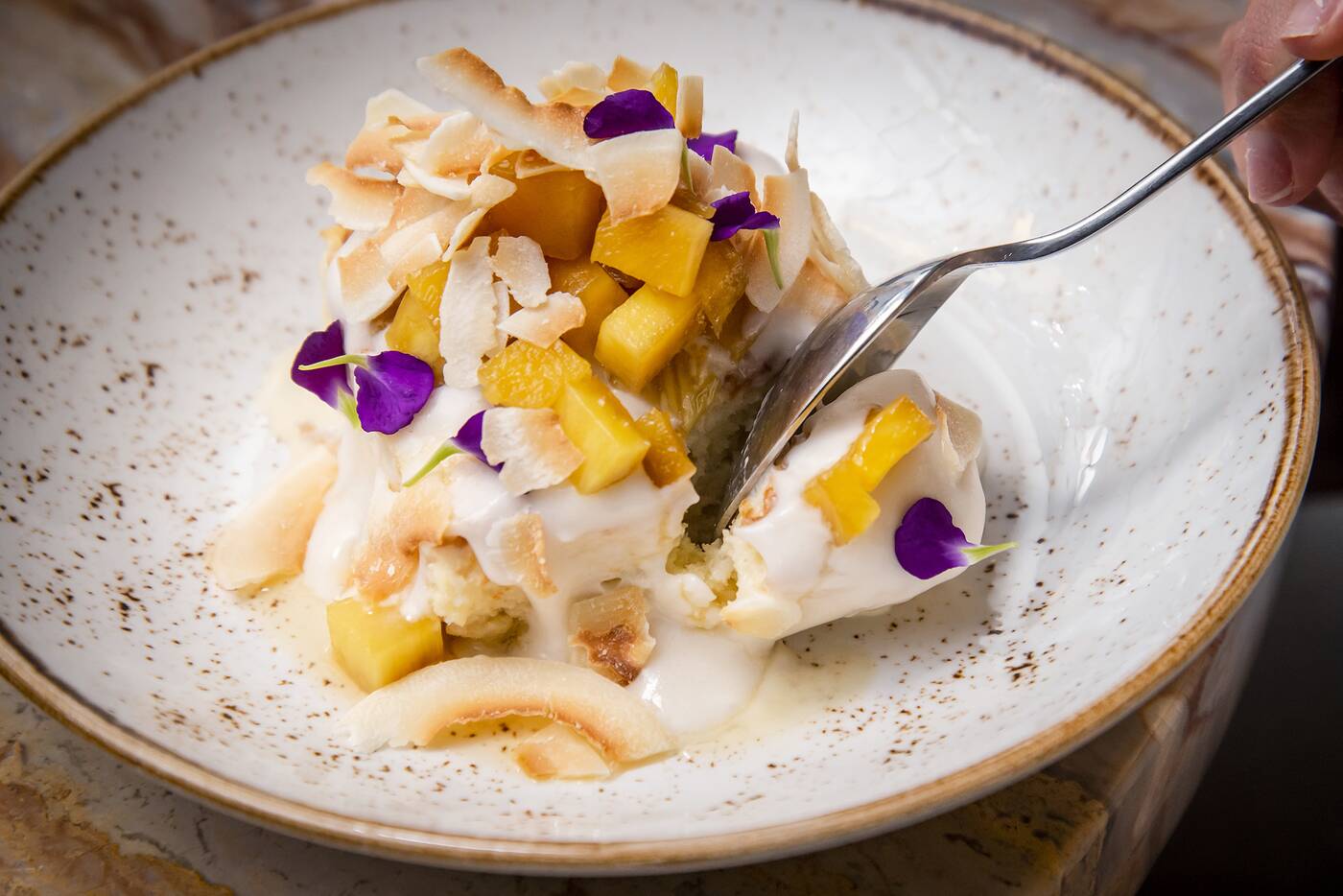 End the night off with the pineapple and coconut tres leches cake ($12), a dessert way too good to pass up. The triple-soaked sponge cake is made with brown sugar and Coco López, a coconut cream used in pina coladas. 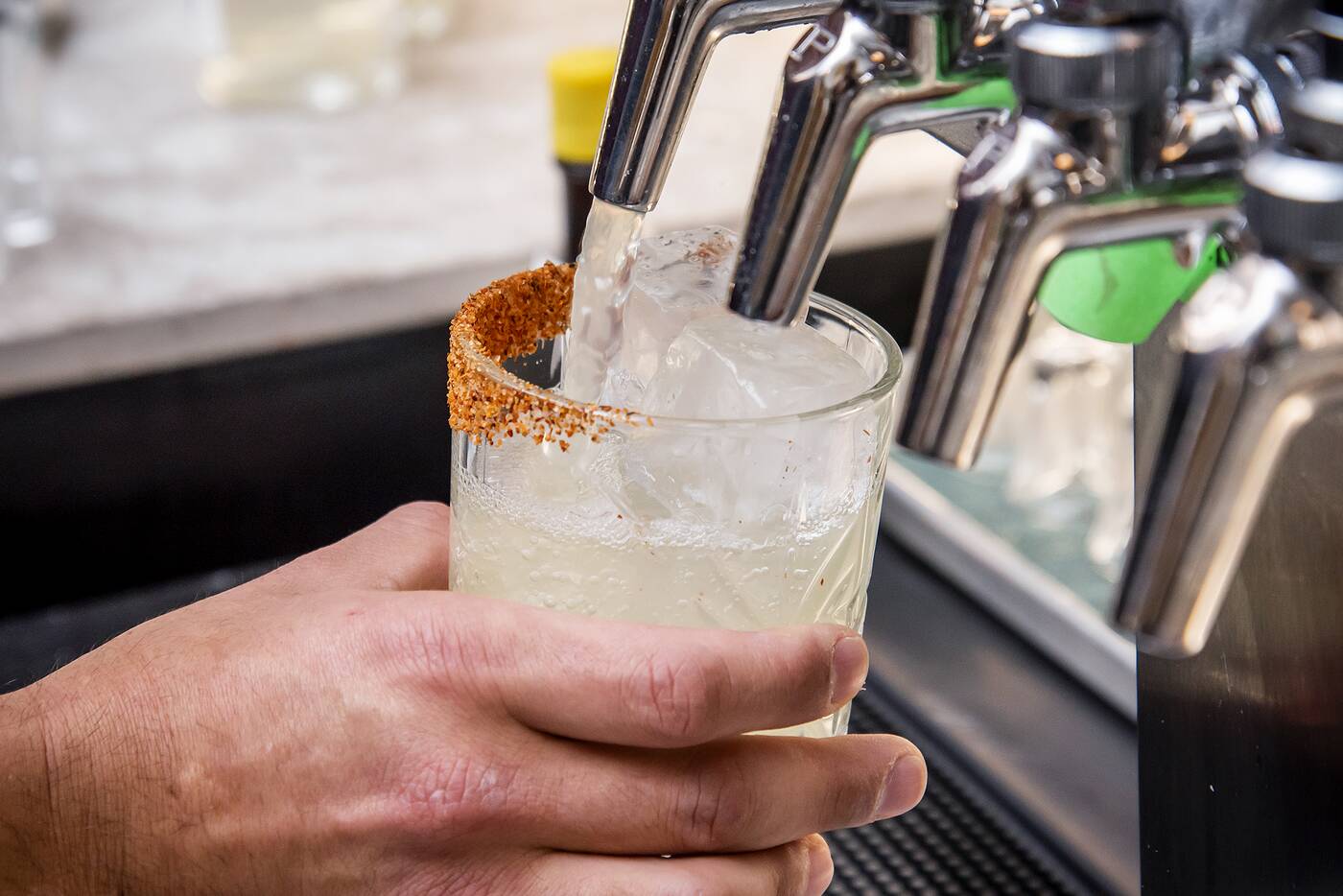 The drink menu is everything you'd expect it to be, centred mostly on agave liqueurs of tequila and mezcal with some gin. Vodka and whisky options are also thrown in for the King West crowd. 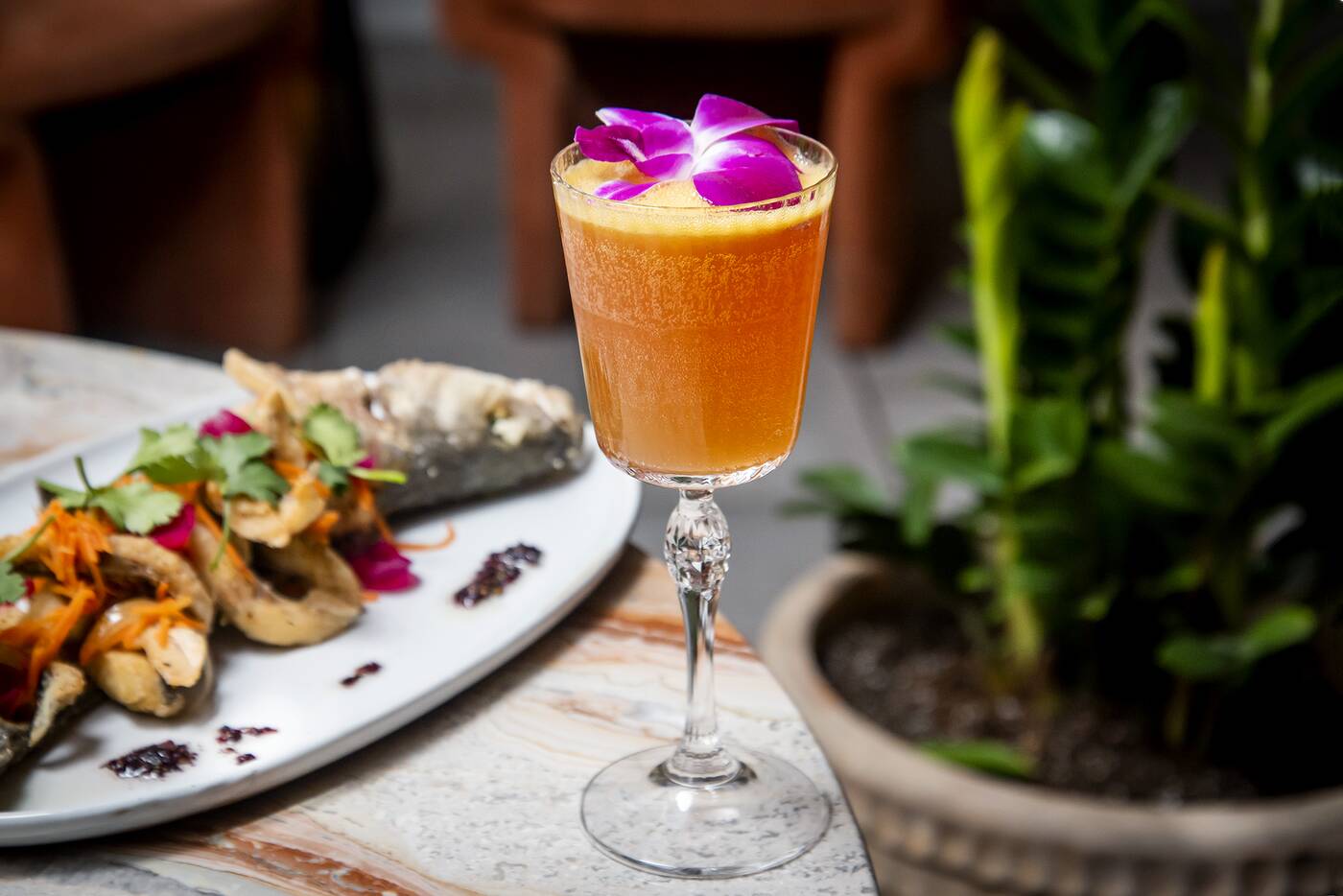 Another called broken neon hearts consists of chipotle-infused vodka, passionfruit, lemon and is topped off with sparkling wine and a flower, just the thing you'd want to cool off with in an actual desert. 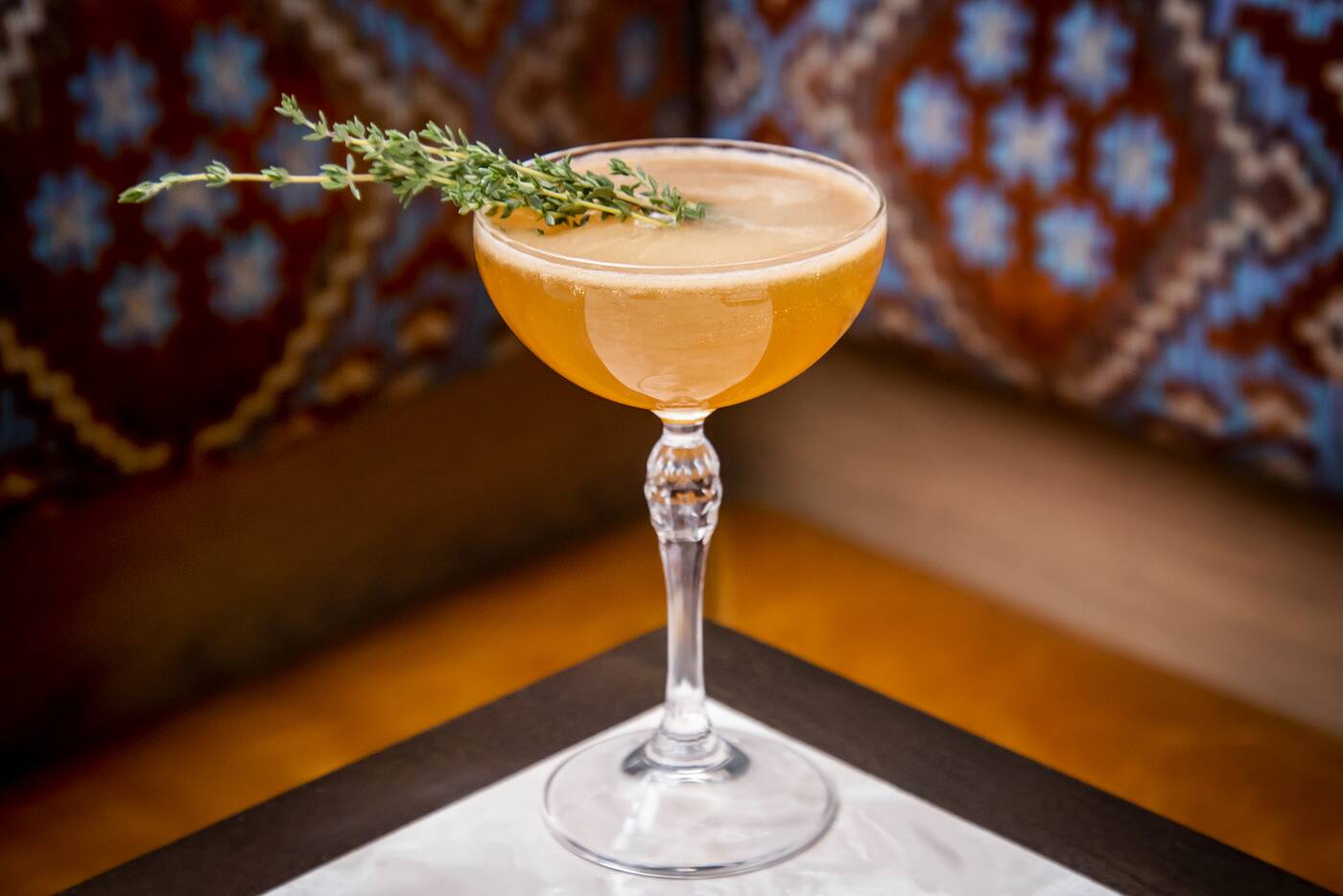 Land before thyme ($17) — $10 to whoever can guess what it's garnished with — has mezcal, Cynar, guava and lemon for a smoky and strong finish. 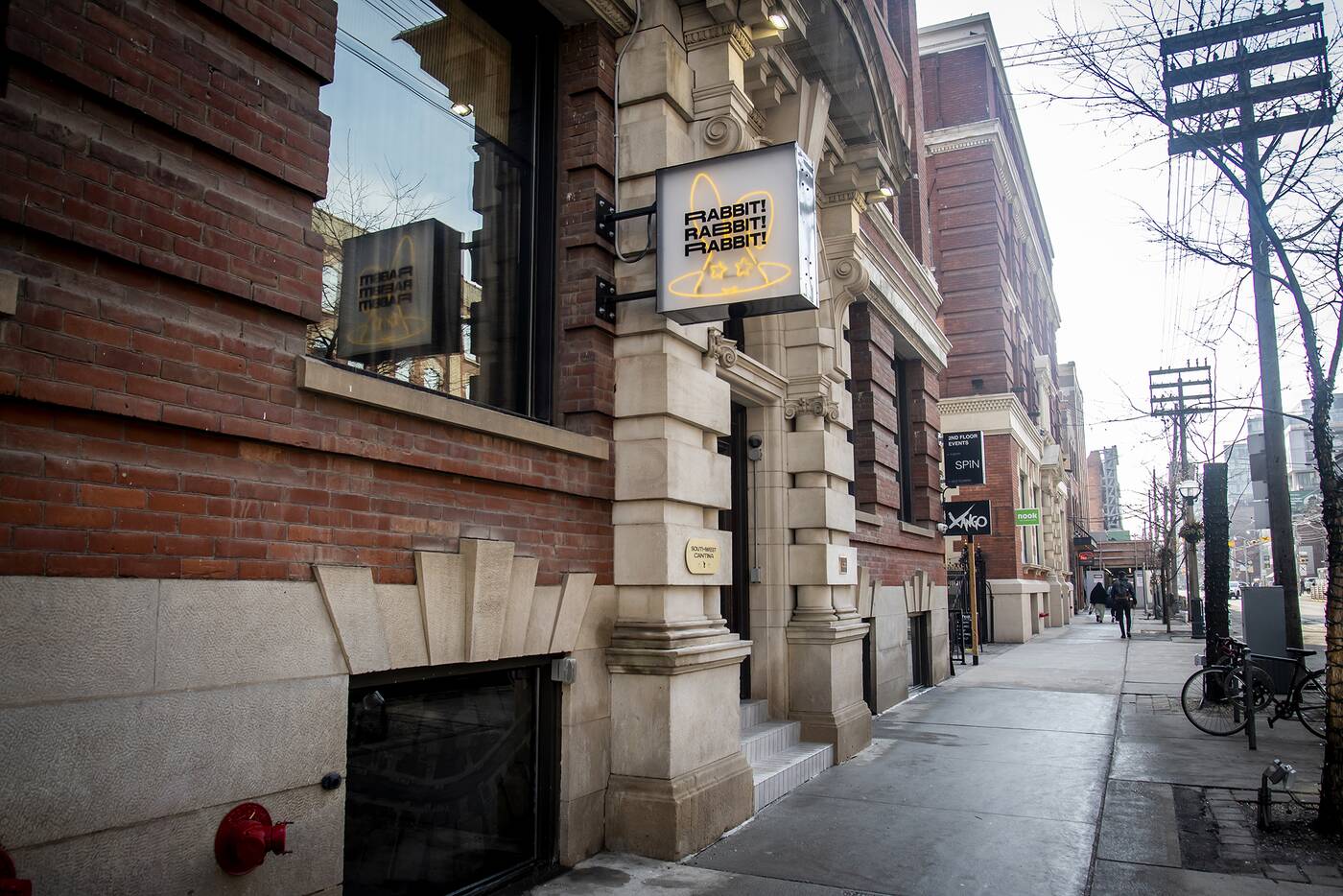