Queen Pupusa is open for takeout and delivery. A maximum of five people are allowed at a time. Masks are mandatory and hand sanitizer is at the counter.

Queen Pupusa is a Latin American restaurant that takes the crown for making up some of the best pupusas in Toronto.

Other dishes like chicharron, tamales and tacos are also on the menu at this no-frills, takeout joint on Eglinton West. And with the grill fully in view, you'll be able to see every step of the way as your meal materializes behind the counter. 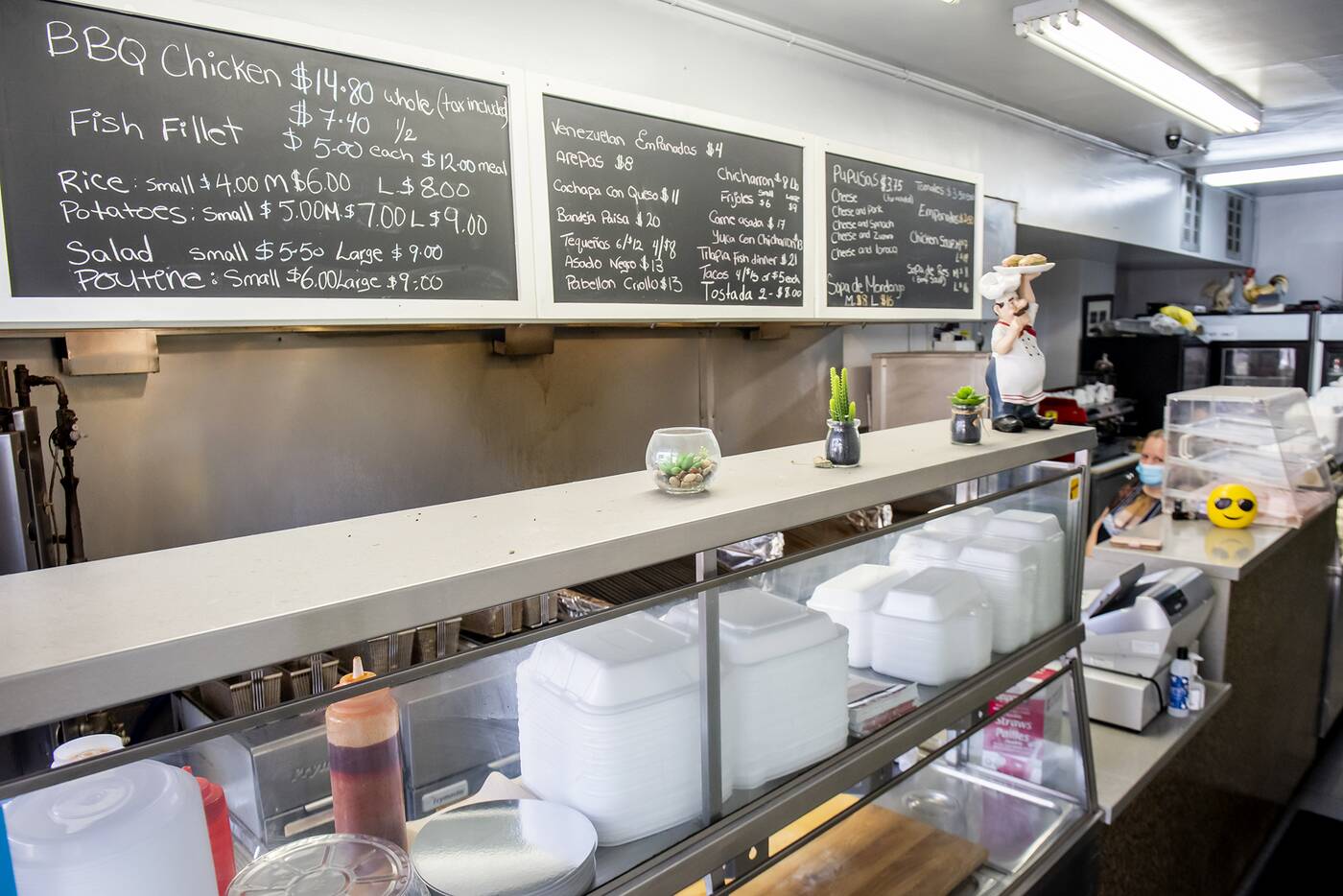 Owner Manuela Devezas has been serving up veal, chicken and meatball Italian sandwiches from her food truck, Lucky Luciano's for the past five years but wanted to try her hand at offering the city an entirely new cuisine at Queen Pupusa.

Born in Portugal, Devezas figured the neighbourhood, and her home for the last 30 years, was in need of a go-to spot for South American food after the BBQ chicken restaurant, Costa Verde closed its doors at this location. 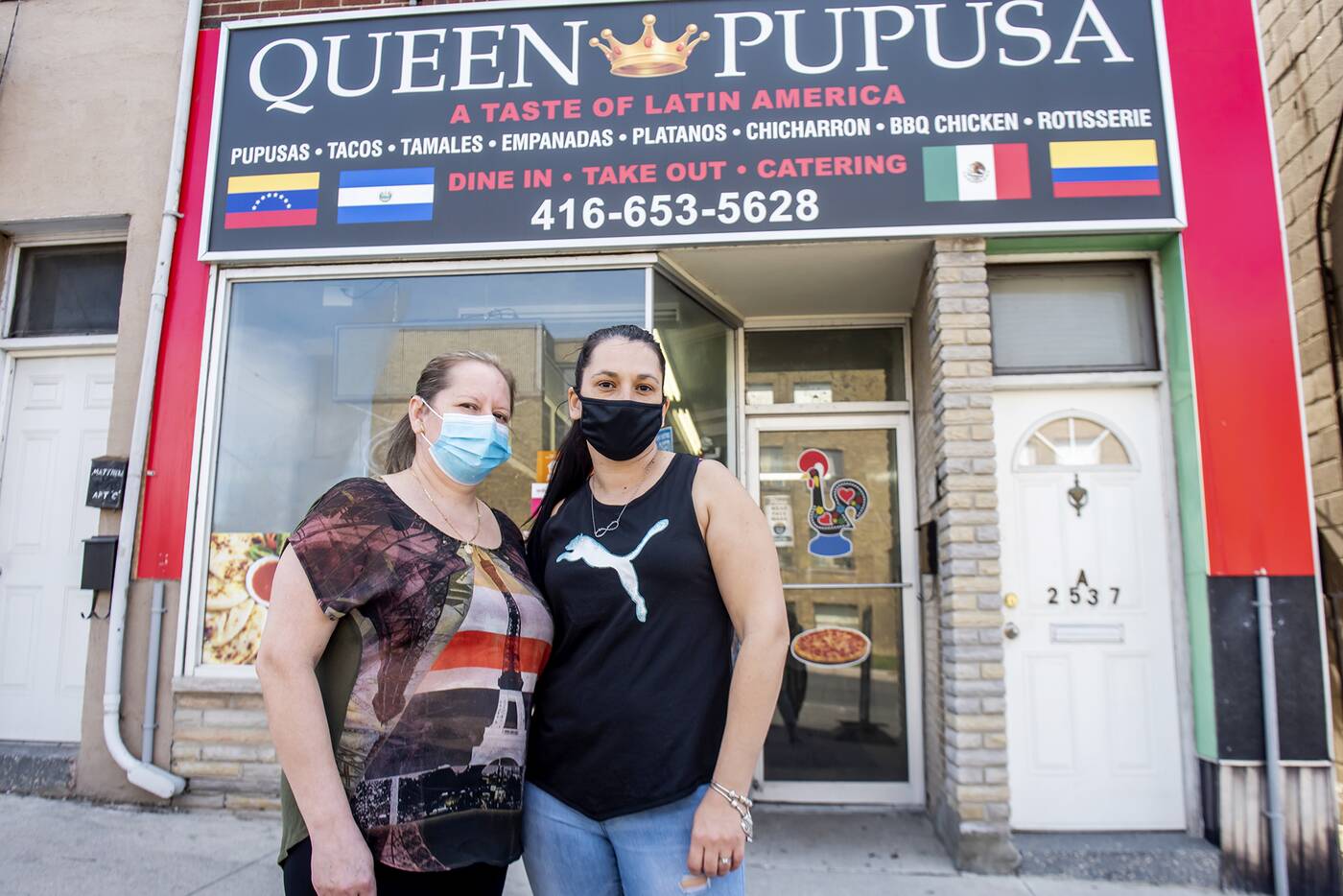 Her two cooks, from El Salvador and Venezuela, bring with them plenty of years of experience cooking up Latin foods from their own recipes. The Salvadorian cook, Dina has been dubbed the true "Queen Pupusa" by Devezas. 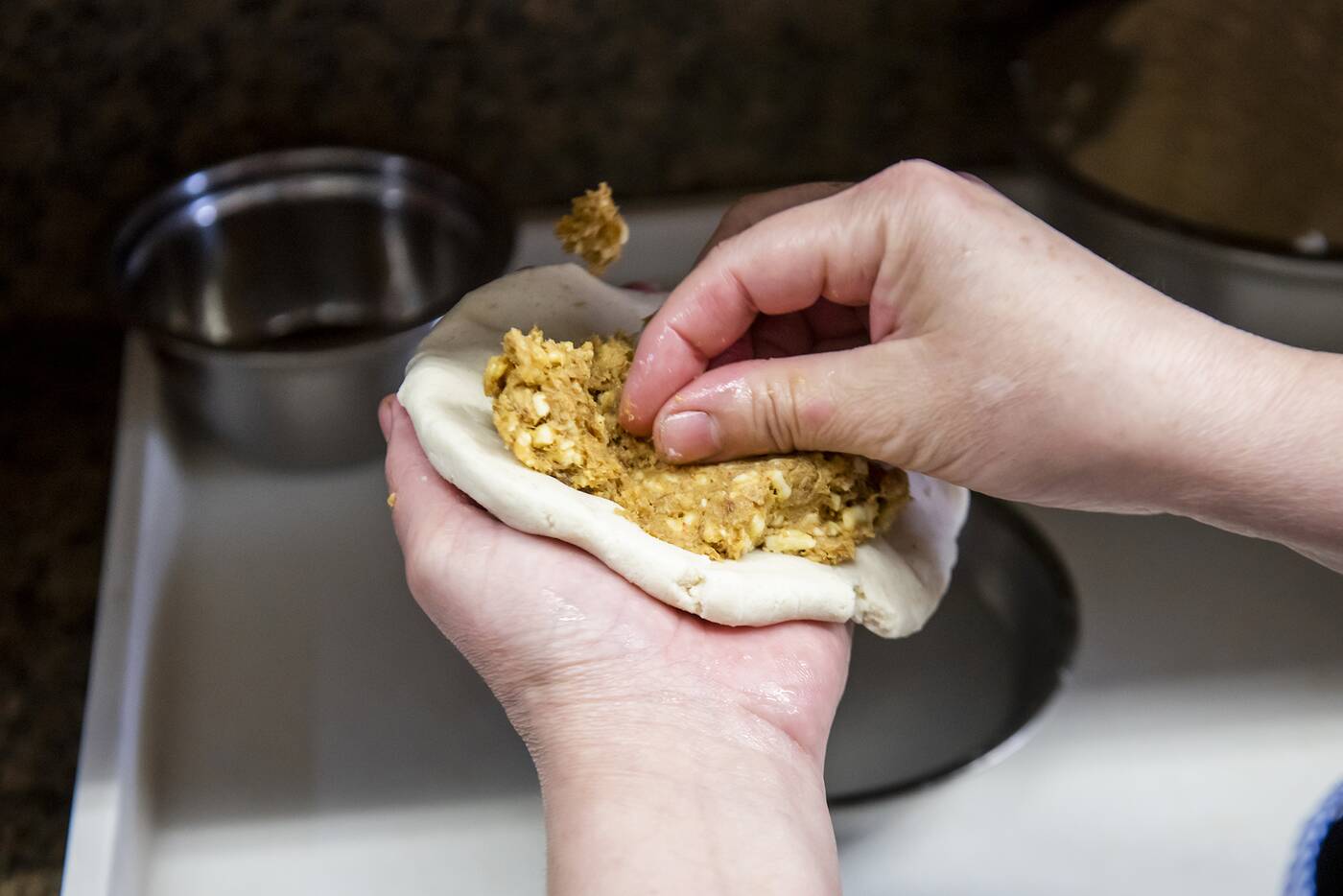 Dina prepares the dough for the thick corn tortilla and hand-rolls and fills each pupusa, which has been named the national dish of her home country. 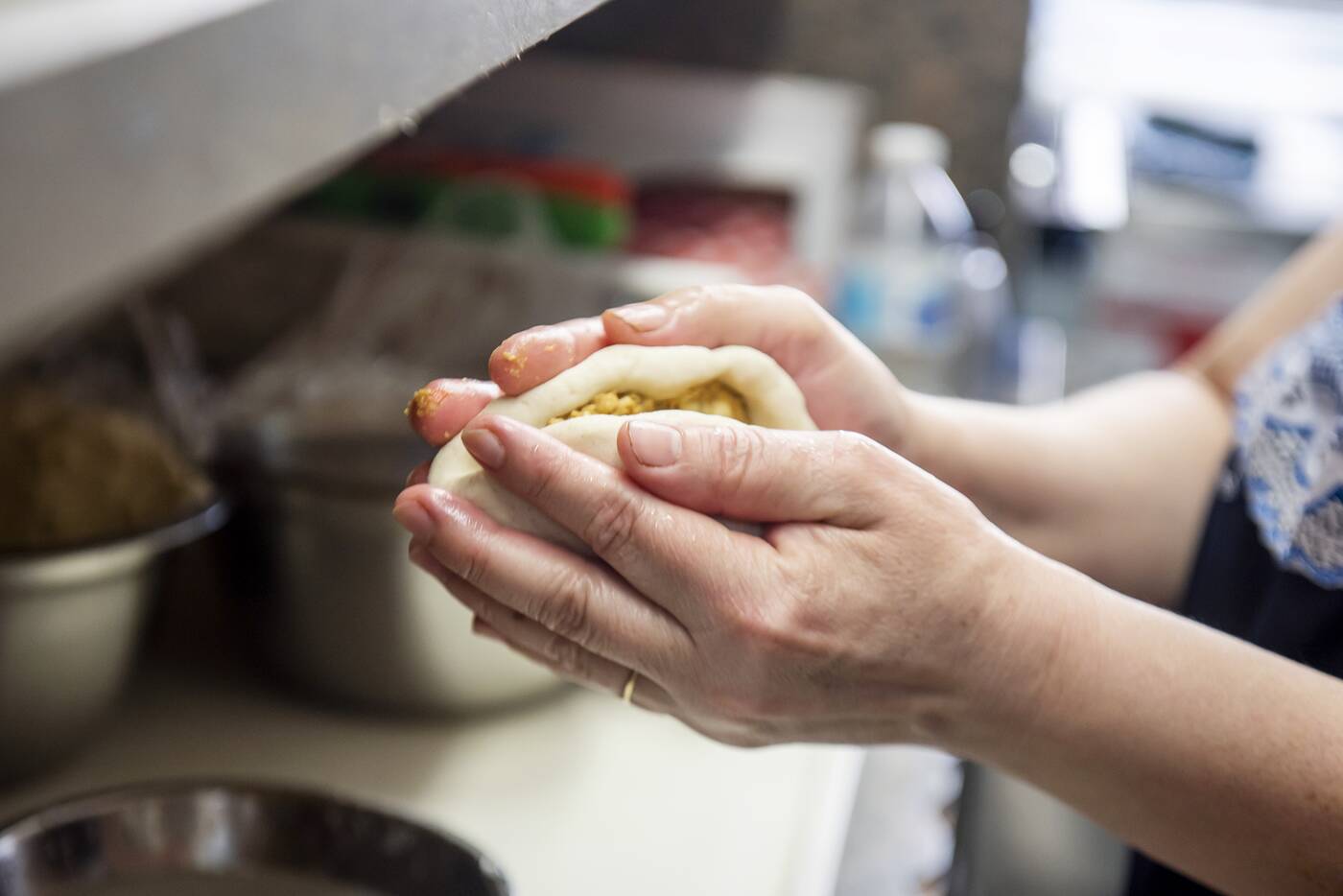 They can be filled with cheese, cheese and pork, cheese and spinach, cheese and zucchini, and cheese and loroco ($3.75 each) which is made from a flower of a plant found in Central America and is an especially popular Salvadorian filling. 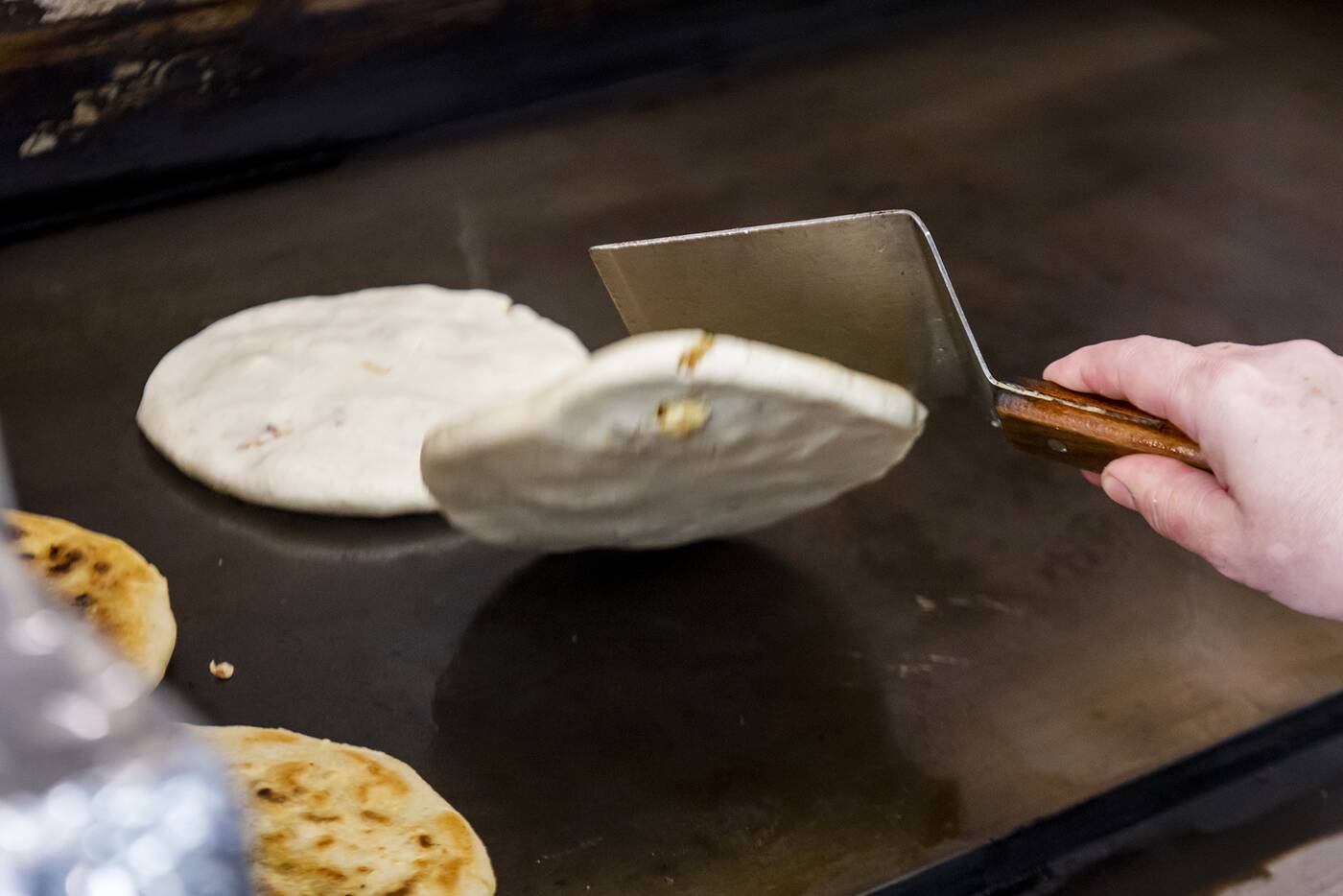 Each is filled and grilled fresh per order for about five minutes on each side, flipping until both sides are nicely browned. 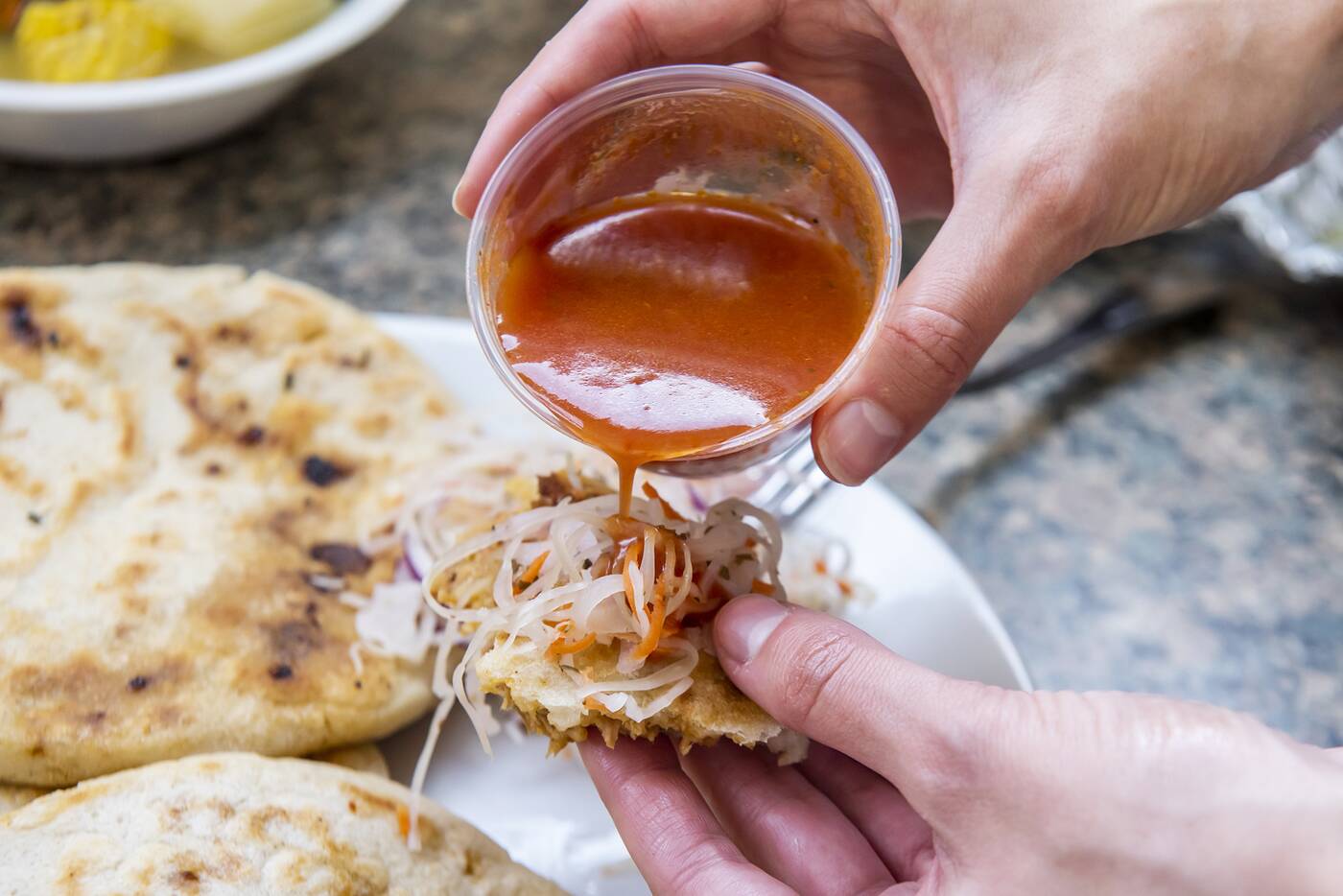 Served with homemade salsa and slaw on the side, Devezas says the cheese and cheese-and-pork pupusas are by far the most popular and the latter has my vote. Packed full and a nice size, the taste also doesn't disappoint. 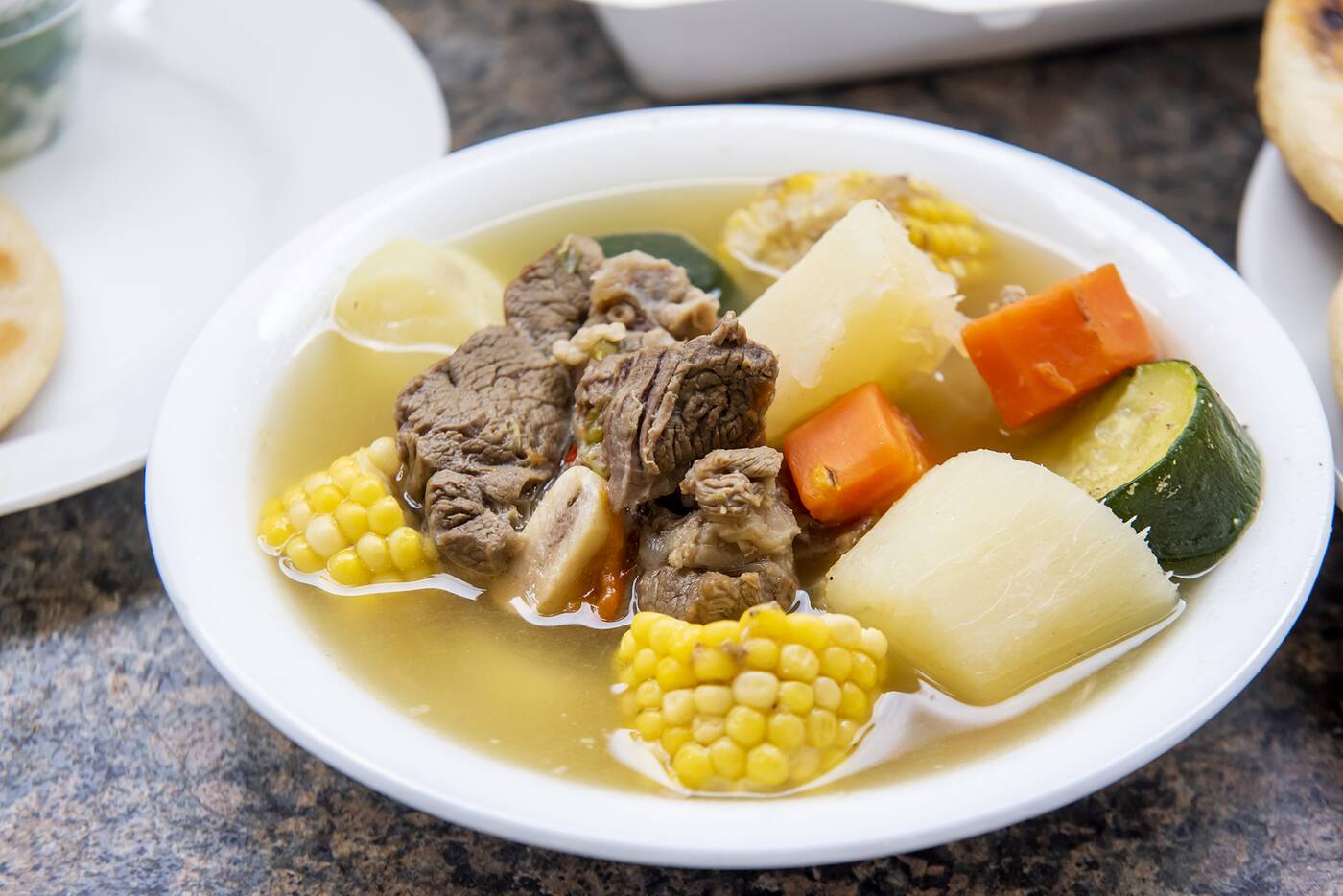 Their South American soups, which come with a smaller, unfilled pupusa on the side, are also well-loved.

There's sopa de mondongo that comes with cowfoot and diced tripe, the stomach of the cow, and sopa de res (medium: $8, large: $16), which is a beef soup with plenty of vegetables like corn, potatoes, carrots and zucchini. 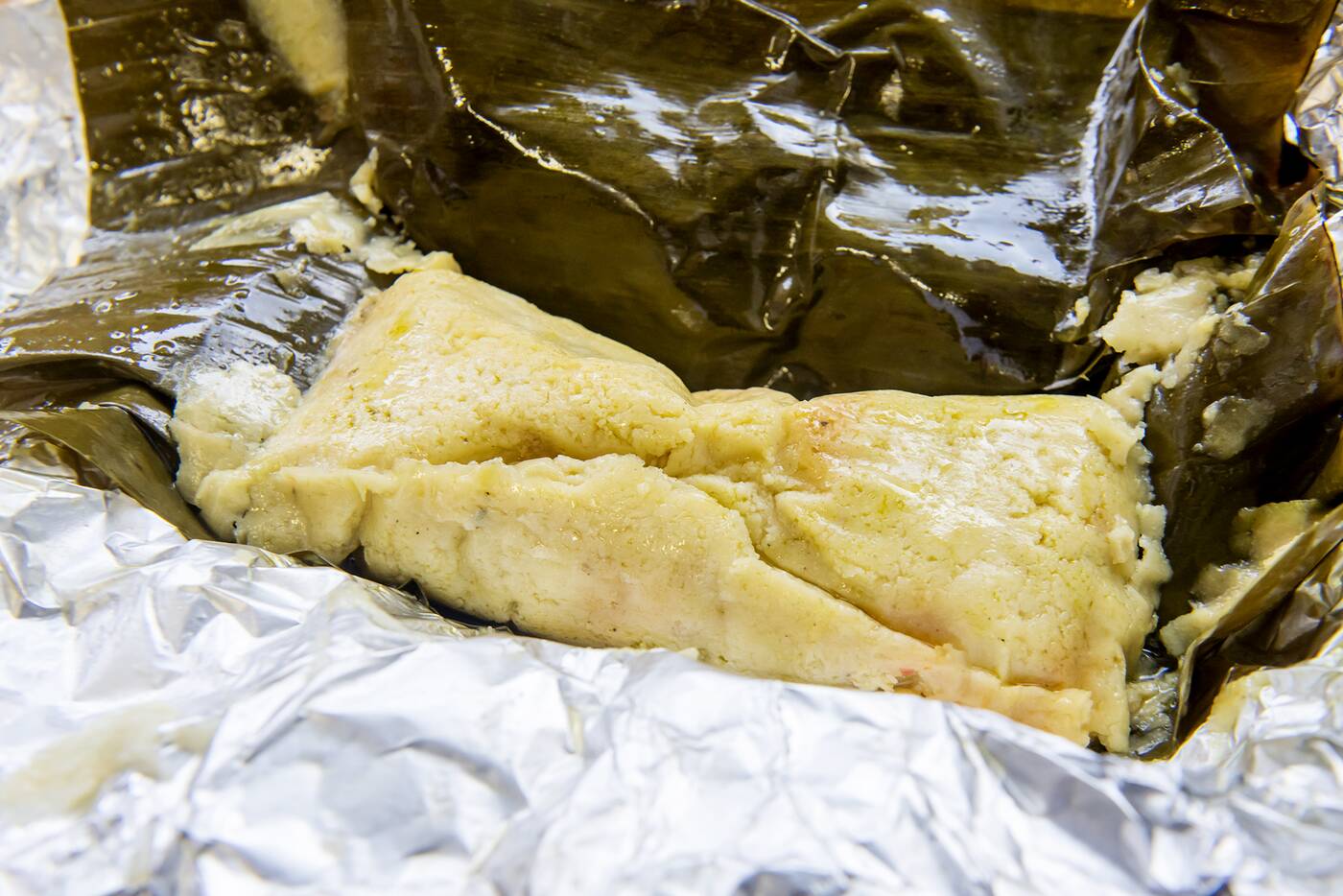 Tamales ($3.50 each) are wrapped and steamed in a banana leaf, infusing the corn meal dough and its chicken filling with a subtly sweet flavour from the leaves by the time it's unwrapped to be eaten.

The quick steam time of about half an hour creates a nice and crumbly consistency to the tamale and the large chunks of chicken will be found inside. 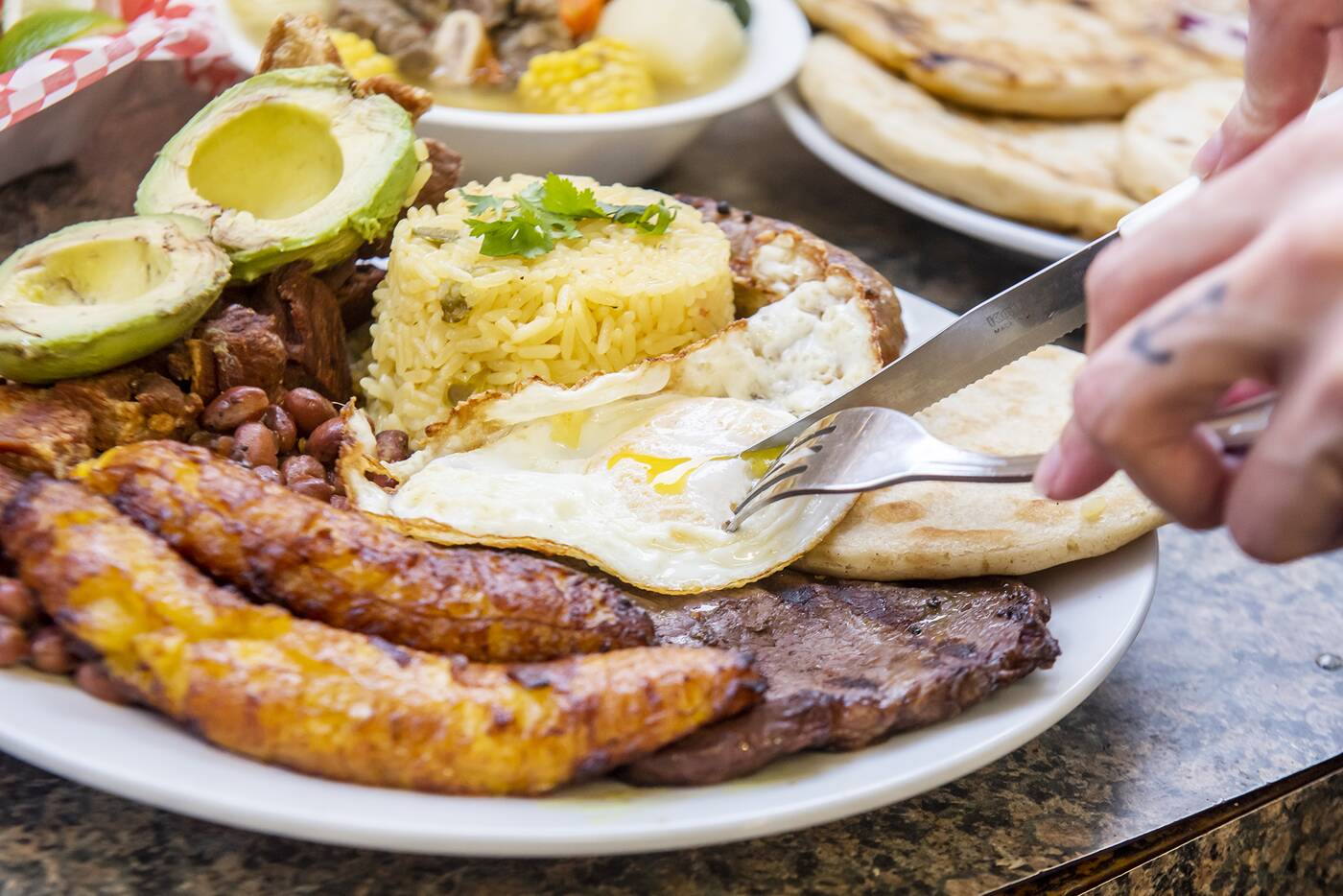 Bandeja Paisa ($20) is one of the priciest dishes on the menu. But it seems for good reason since the plate is covered in sausage, pork belly and grilled steak. Two large plantains, beans, rice, avocado and a soft egg are also part of the meal.

The hearty option, which is more of a platter than a plate, is a popular dish in Colombia. 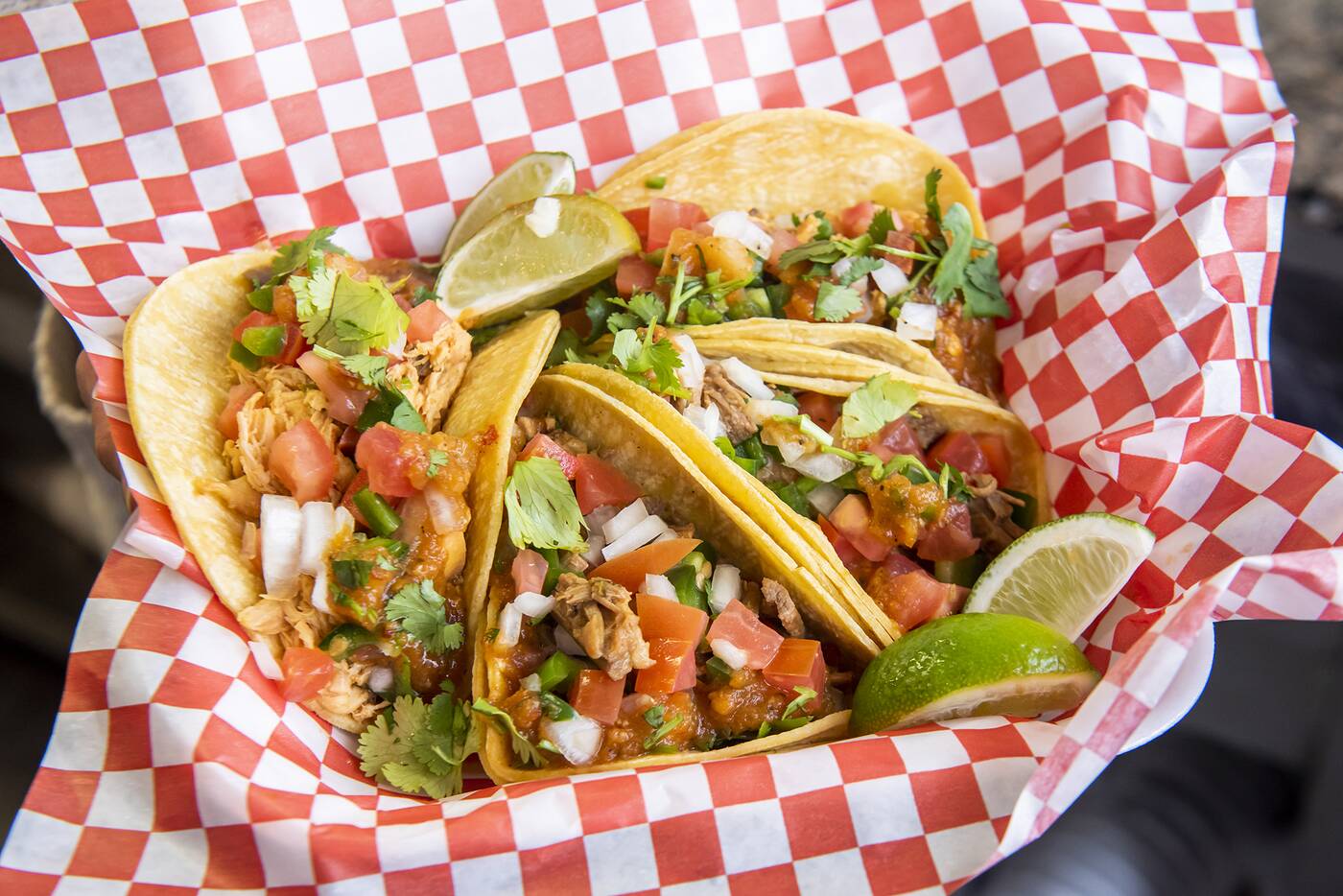 They also do up chicken and beef tacos (four for $15 or $5 each) on the grill that are filled with tomatoes, onions and cilantro. The chicken in particular is nicely seasoned and bursting with flavour.

Besides the BBQ chicken on the menu influenced by Devezas' background, the storefront in the Keelesdale neighbourhood has completely redefined itself from a Portuguese chicken spot to the place to go for homemade pupusa in the city. 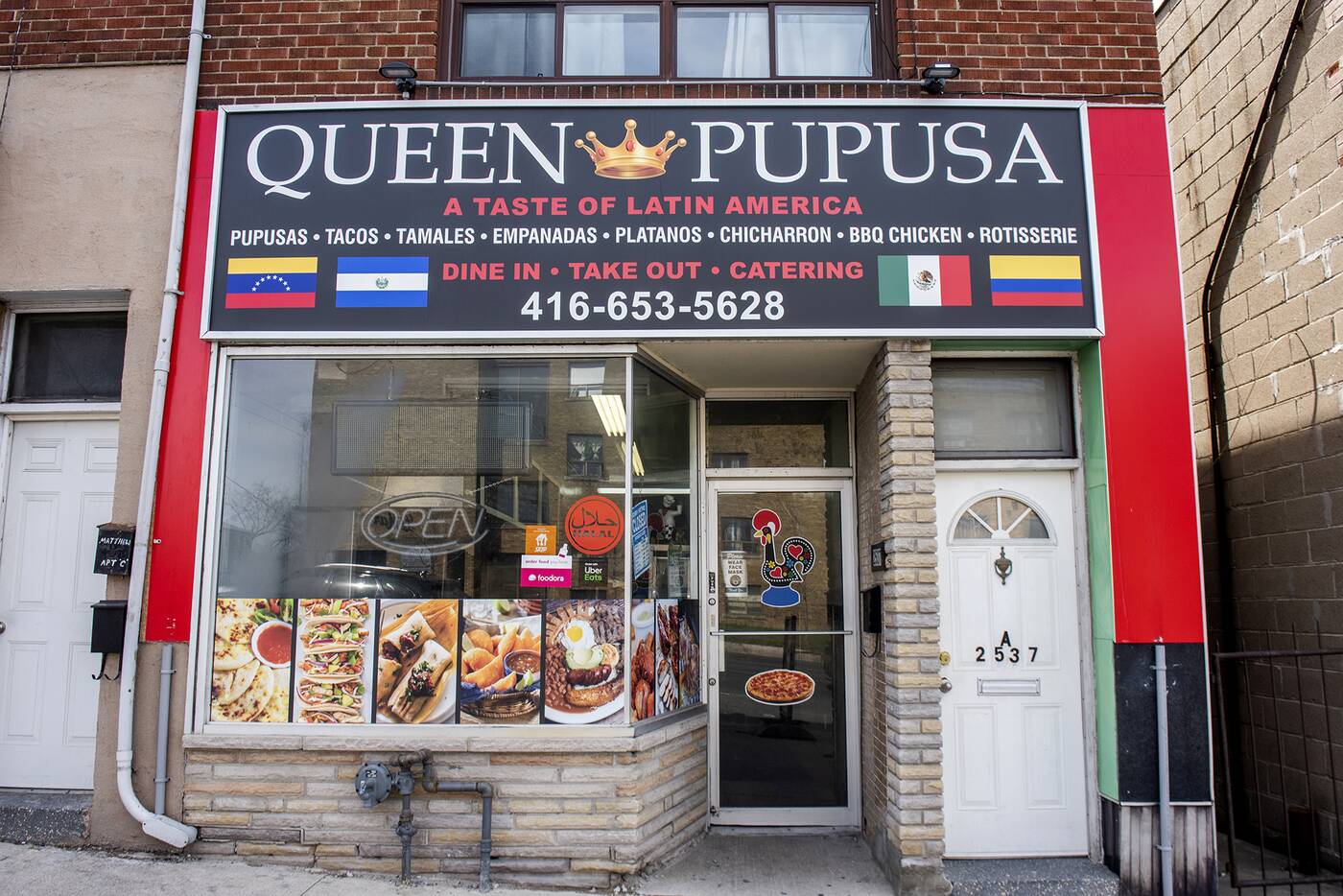