Pour Girl has arrived to fill a watering-hole void on College Street. Formerly Molly Bloom's, the building is prime real estate for its proximity to U of T's sprawling downtown campus. The new owners have cleaned the patio up and are renovating the upstairs, but inside there's already no mistaking it for the old pub. 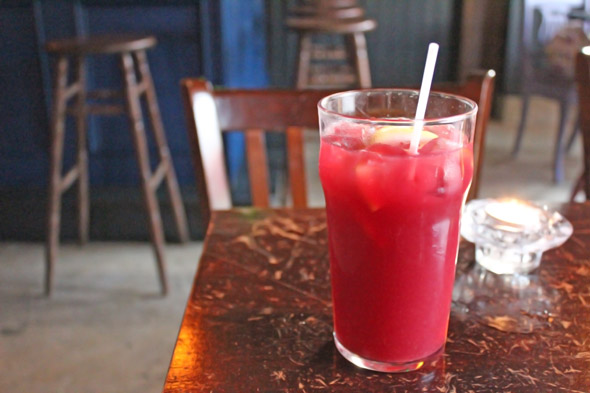 As a campus bar, Pour Girl aims directly at student wallets. Pitchers max out at $14 each, great for a round of post-class drinks with friends. The beer selection is decent, featuring some local options, and their cocktail menu is broken down into seasonal recommendations. I could not pass up the opportunity to have a full pint of the amazing sangria ($5.75), and will definitely be back for a pitcher of that. 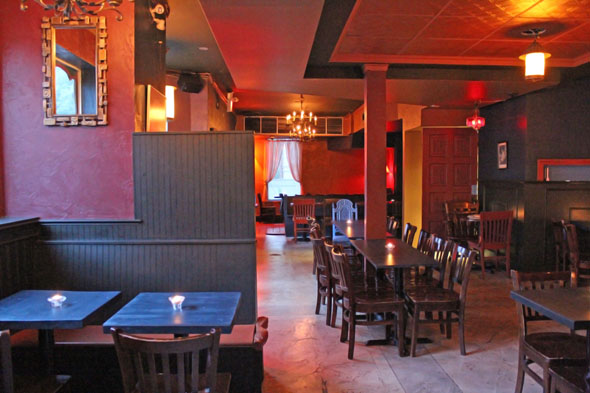 The prices are dirt cheap for food too, with nothing on the menu for more than $8. Generally speaking, what you you get is good for the price point. When it comes to service, however, they're still working out some kinks. We had a weird moment when the server tried to bring out all of our food at once. The table was too small for two appetizers and three mains, but when we asked them to stagger things they insisted on bringing it all out. Especially weird given how dead it was inside. 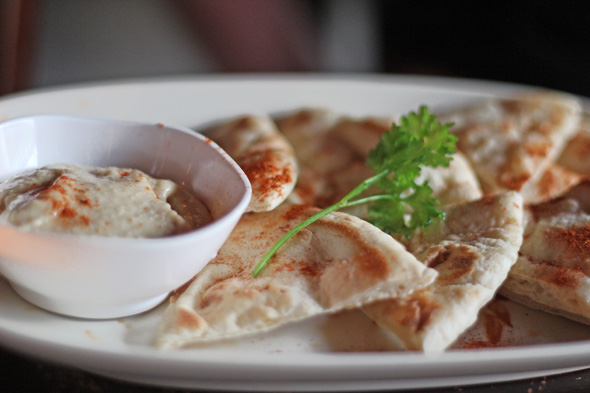 It would be an understatement to call the menu eclectic. It's a hodge-podge of crowd pleasers from salmon fillets, to pasta, to Asian-style noodles. We ordered the Hummus & Pita ($3.80) to start, along with Fried Tofu ($4.30). The hummus and pita were nice, but the tofu was on the bland side, leaving us to dip rather indiscriminately in the accompanying sauce. 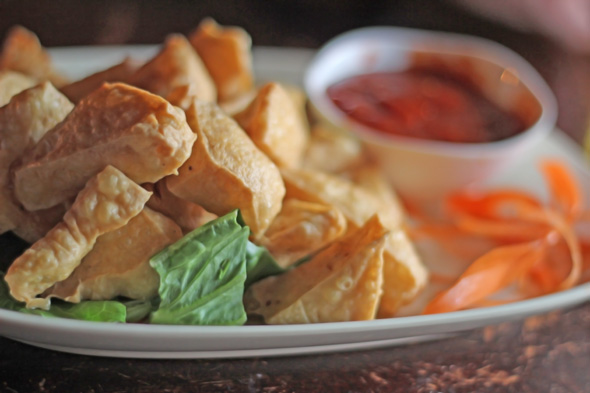 For mains we ordered the Crispy Chowmein ($7), Singapore Noodles ($7), and Gnocchi ($7). The Singapore Noodles (top image) looked the best, but despite the colourful plating, the dominating taste of turmeric made the dish a total let down. 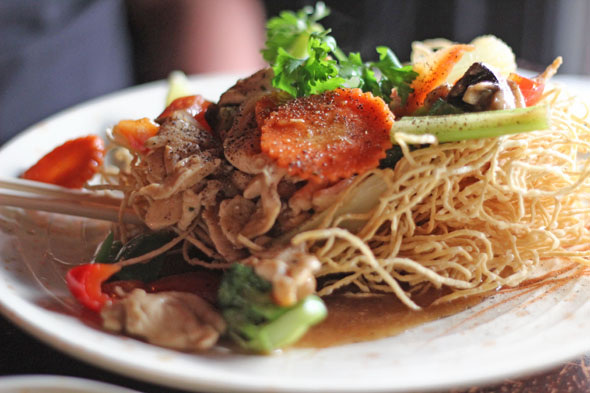 The Chowmein was the tastiest of the three, though most of the flavour came from the sauce. The noodles were heaped and crunchy, but the plate needed more meat to be a full meal — presumably a direct result of the low price. 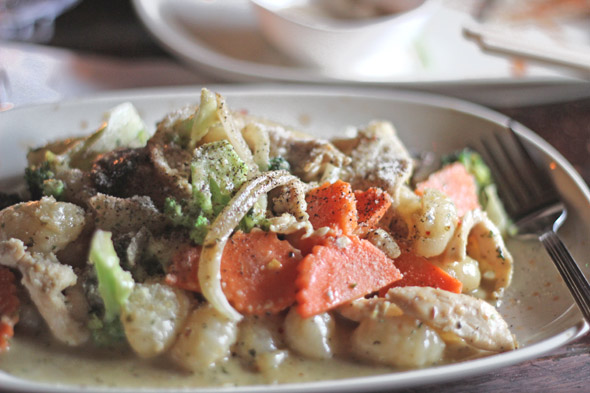 The Gnocchi offered some middle ground. The sauce was heavy on the garlic (so, not date food) with lots of veggies and meat to soak it up. But the gnocchi itself was thick and gluey; every bite became pasted to the roof of my mouth. We tried to end the meal on a sweet note, but they don't carry any desserts, not even ice cream. 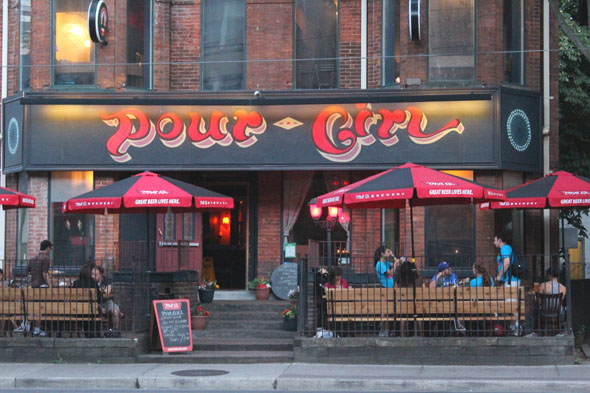 The food isn't too different from what you might get in a food court, but the drink menu and low prices should ensure that Pour Girl carries the location's history as a student hangout. Those nostalgic for Molly Bloom's, on the other hand, will want to look elsewhere.