Plizza is a recent entrant into the crowded Toronto gourmet pizza market. Goofy name notwithstanding, the restaurant does a solid, gourmet slice that's easy on both the stomach and the wallet.

The titular "plizza" is in fact a personal pizza ($5.73), because apparently, that is something people still want? This small misstep (both in terms of market research and branding) aside, Plizza seems ready to fill a niche in the Bloor and Dufferin area, which is otherwise populated by the big chains and a bunch of pizza and shawarma-type joints. 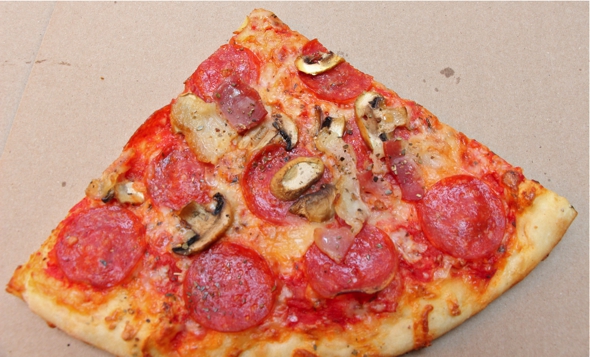 With slices ($4.40) like the MBP (mushroom, bacon, pepperoni) it's easy to imagine people flocking to Plizza. The 'za is lightly coated with a sweet, fragrant sauce, which nevertheless manages to shine through in every bite. It's hard to go wrong with the classic Canadian combo of pepperoni, bacon and mushrooms, and the high quality of the ingredients - including real bacon - certainly won't lead you astray here. 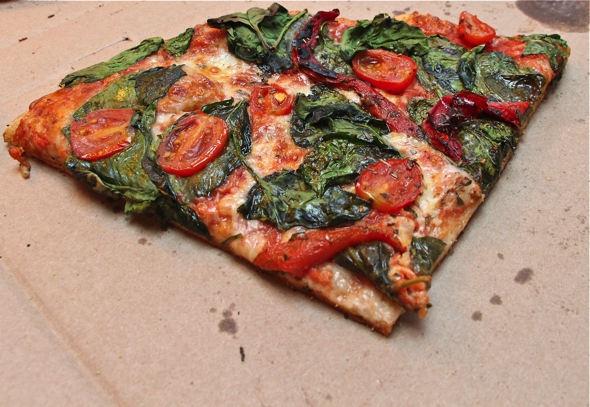 The Angelina Wholee (spinach, baby tomatoes, roasted red pepper on a whole wheat crust) is also good, with big flavour out of the charred red peppers that don't seem to have come out of a jar. Cherry tomatoes are also rich and meaty, with a bright, clean aftertaste that lights up the whole slice. Baby spinach has, unfortunately, not improved as a result of what appears to be pretty low turnover at the slice counter, but that flaw aside, this is another good slice.

Plizza's white pizzas are a little less successful, which is not to say that they're bad - they just end up being a little doughy and lacking some of the punch of the other slices we try. The Ciao Bella (pesto, chicken, mushrooms, tomatoes), with its light pesto dusting, does well enough, and high-quality baked chicken and the same delightful cherry tomatoes lend quite a bit of flavour. 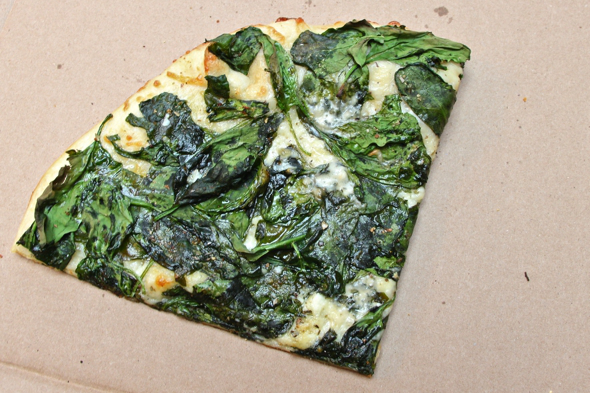 The Manhattan (spinach, parmesan, gorgonzola), however, doesn't provide the bite you'd expect from the gorgonzola, and comes closer to a flatbread with toppings than a real slice of pizza. The quality of the ingredients means that these are good slices, but the two sauced pizzas we try are just better. 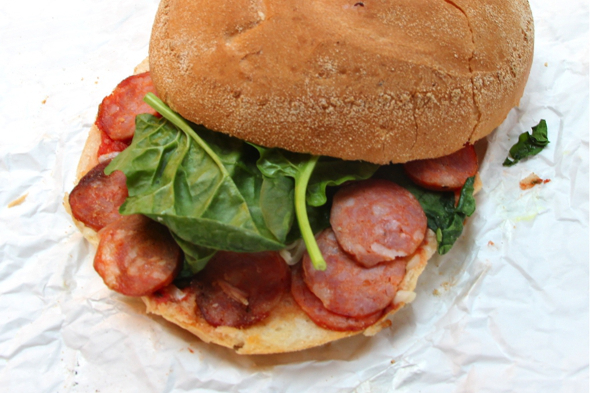 As apparently is required by law of pizza places, Plizza also does Italian-style sandwiches ($7.55), though they might be better served sticking to the slices. Ordering a sausage sandwich ends up being an adventure, as apparently they are out of the normal buns they use. After a brief discussion of how the sandwich will differ from their regular version, we're off to the races, with a diverse choice of pizza-type toppings (spinach, peppers, cheese, etc.) to accompany the meat.

What initially seems promising ends up disappointing, though, as "sausage sandwich" apparently means "sausage" - singular - and our large bun ends up looking lonely, irregularly dotted with sliced sausage, spinach and cheese. There is nothing wrong with the ingredients, to be fair - but if you're selling a sandwich for eight bucks, there should probably be toppings to go with it. 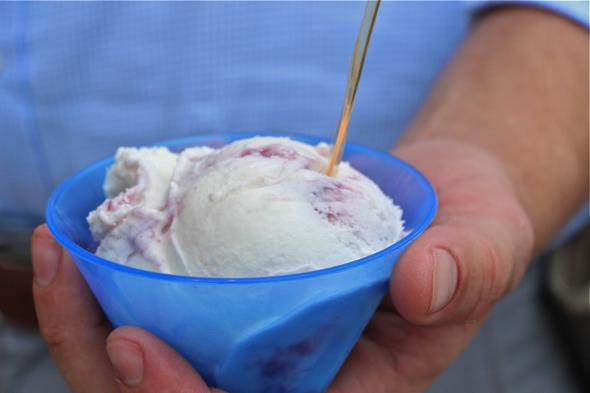 Their ice cream ($2.50-$4.50) is not bad - maybe not a draw in and of itself, but certainly good enough as a post-pizza treat. The blueberry cheesecake has hints of both those flavours, and does hit the spot after all the assorted pizza grease. 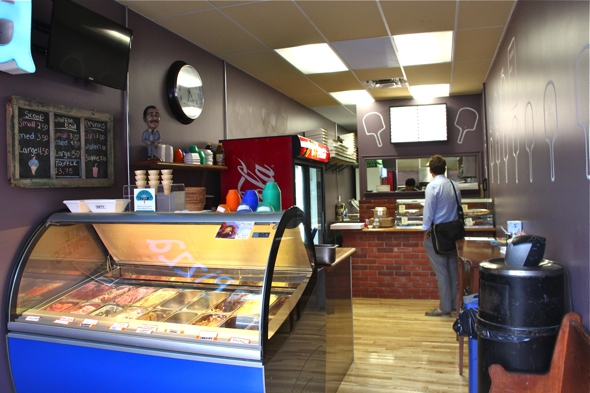 Plizza fits comfortably into the gourmet pizza landscape in Toronto, and while they have a couple things to work on - the decor isn't going to show up in a magazine anytime soon, and the sandwiches could use some beefing up, literally - the high-quality slices and reasonable prices ($4.99 for a slice and a drink on our visit, $5.52 regularly), plus friendly staff make this pizzeria worth a visit. Even if the name is kind of silly. 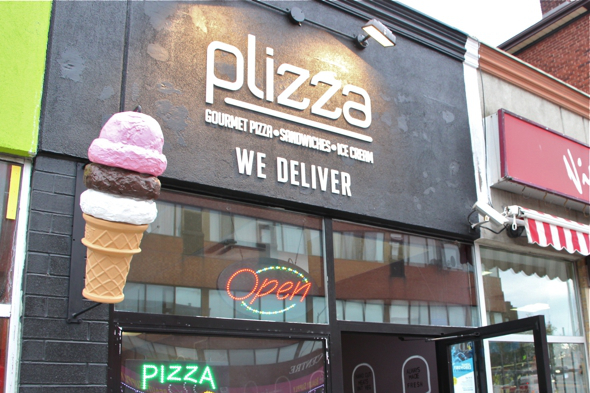