Juniors is named for the junior staff of now-closed Vesuvio who run this place, as well as Vesuvio's late head pizza maker of over 40 years who was named Junior.

The staff here are using their knowledge from what, for some of them, are lifelong careers at Vesuvio to recreate the style of pizza from the old Junction spot (good news for diehard fans of the closed place). 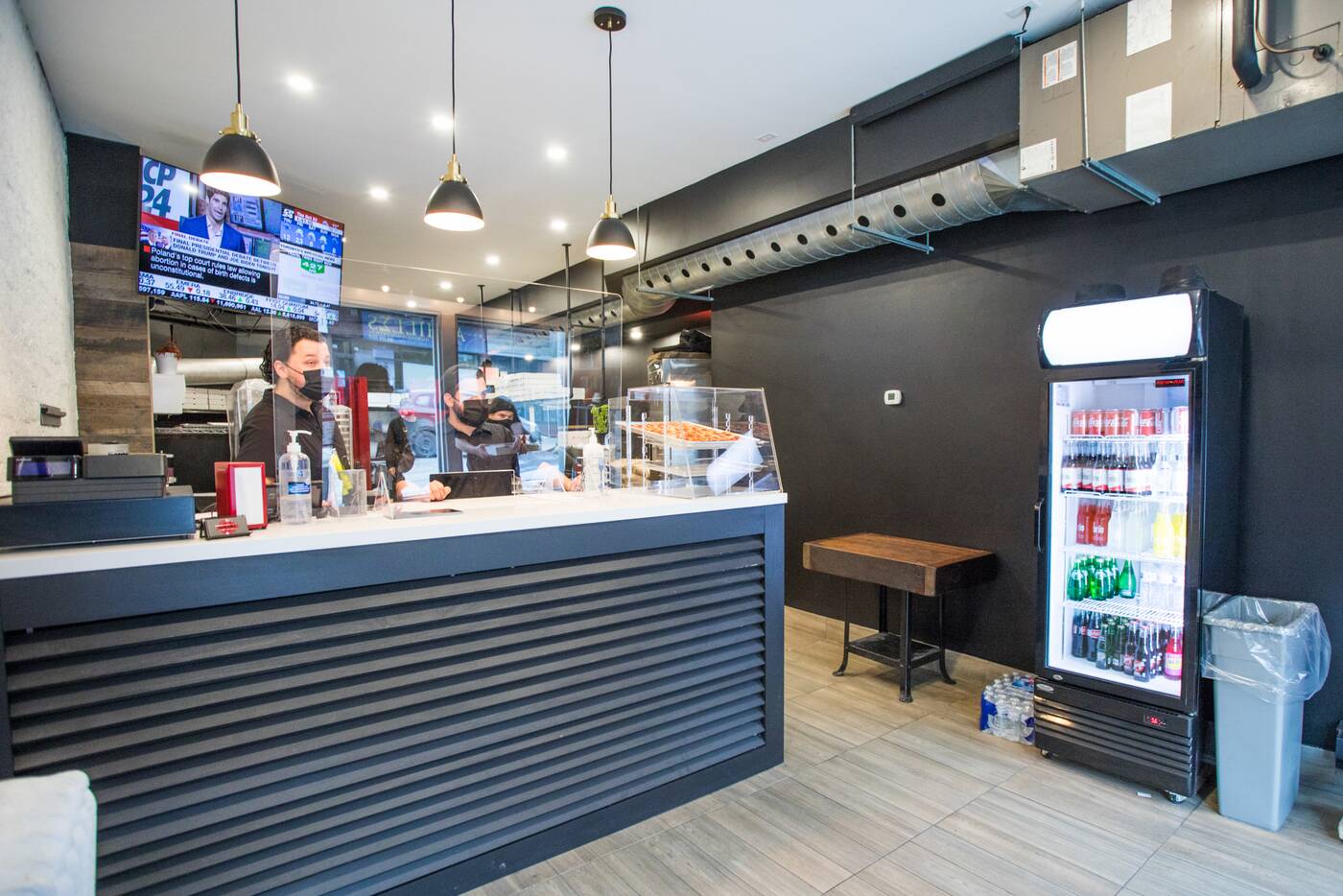 It might even be better because the pizza has to be made in smaller batches of just 200 per day in the smaller space. They actually raise the temperature of the building in the morning to 30 degrees to activate the pizza dough which is made the night before and stretched the next day. 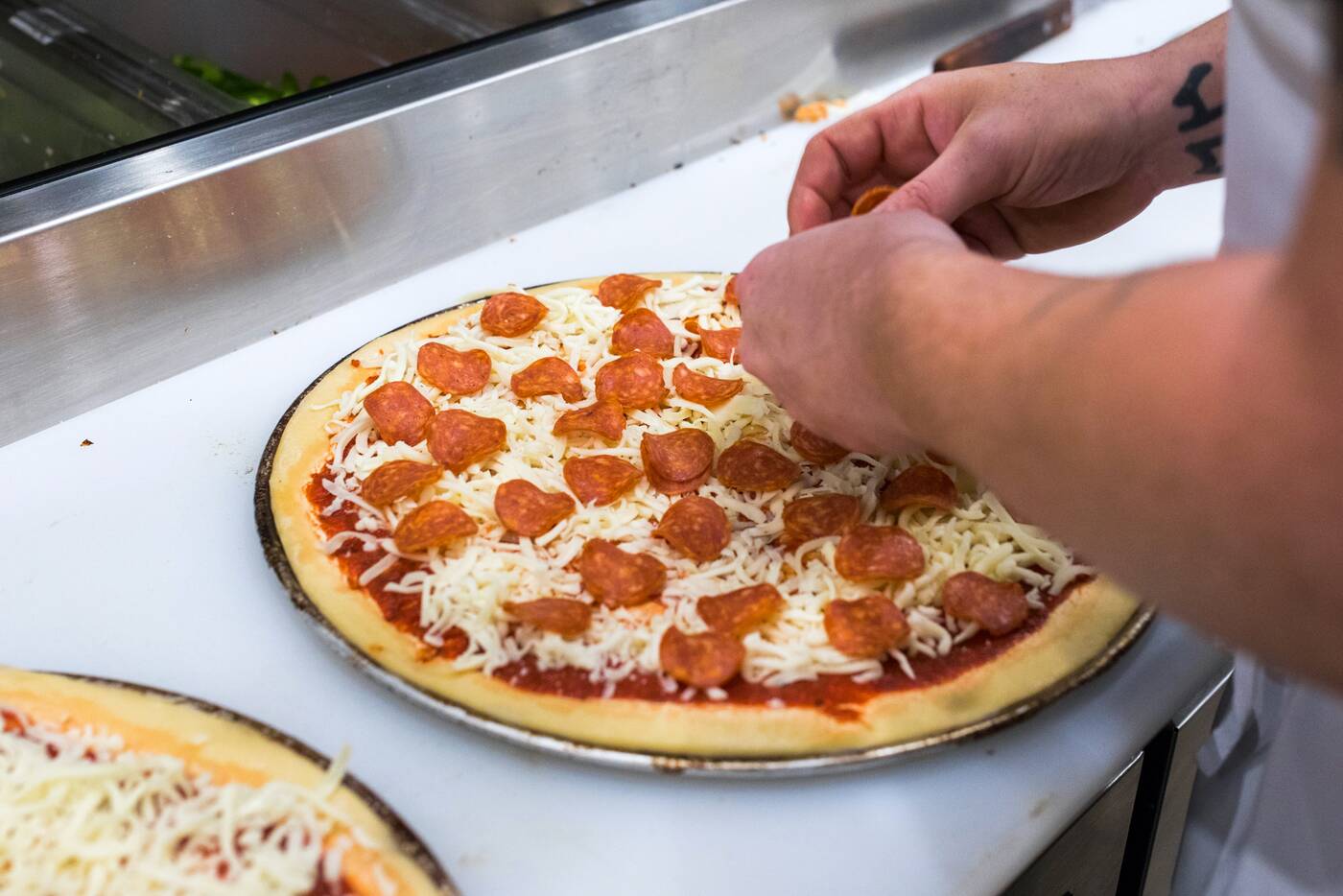 When they open in the afternoon and they lower the temperature in the building again, it slows down the proofing process, finishing the dough so it's ready to be made into pizzas. 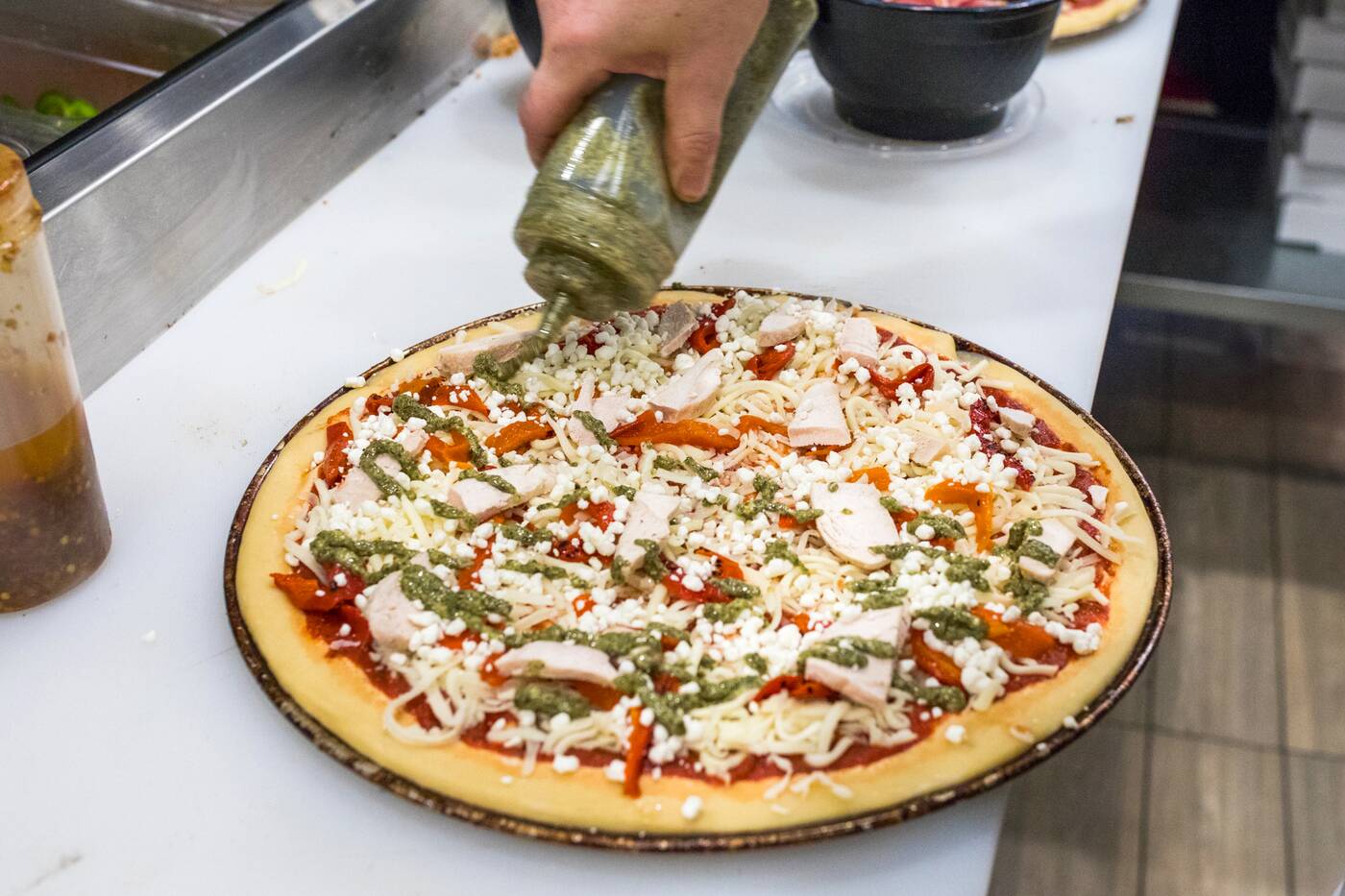 Pizza is all masterminded by Jimy Chalmers who has 10 years as Vesuvio's head pizza maker under his belt. Shane Lemieux, who worked his way up at Vesuvio from dishwasher to manager, runs the restaurant with Chalmers and Nestor Slobodovskyy, who was a fellow manager for 12 years. 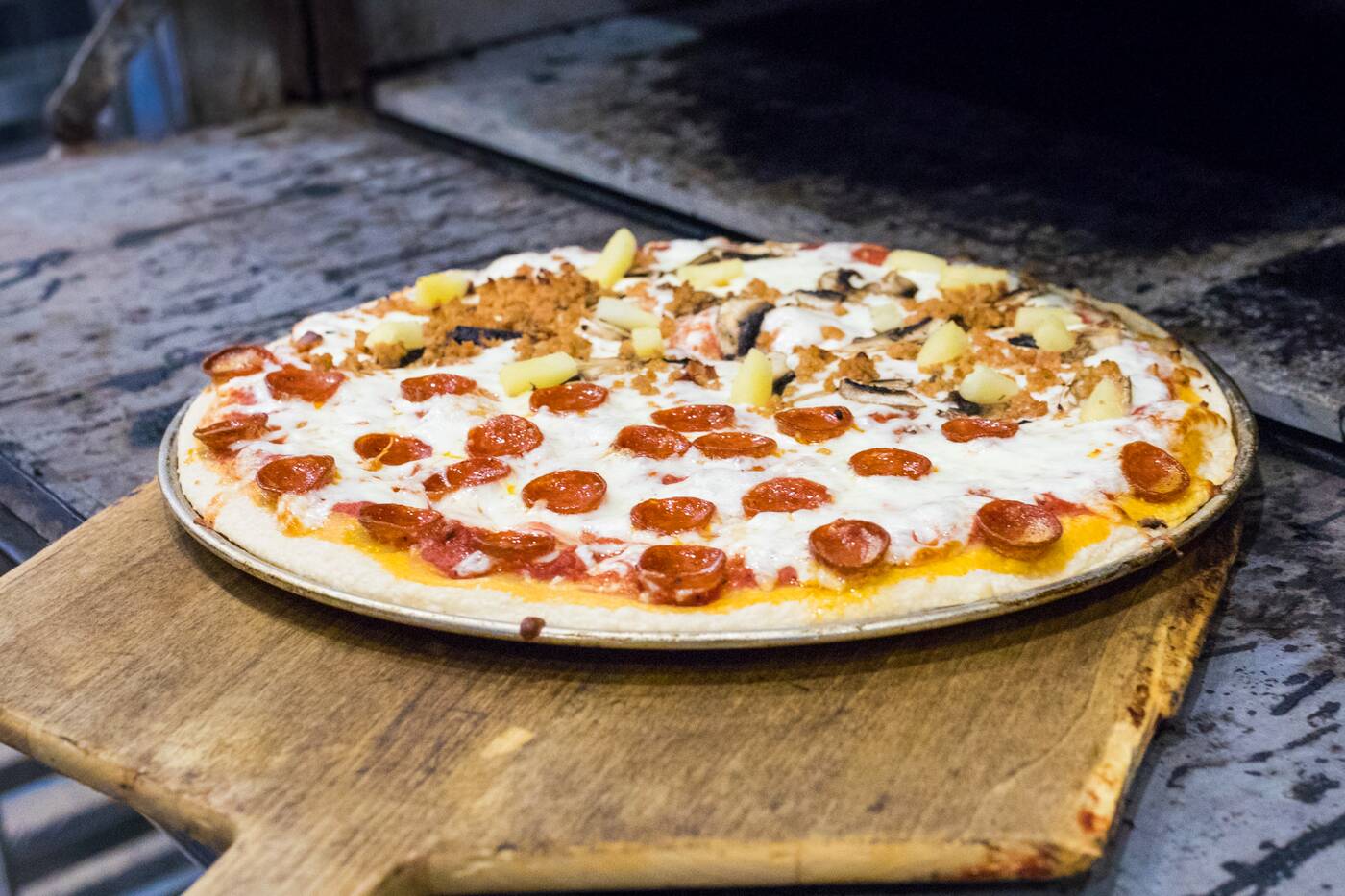 All pizzas start out on a pan and are finished on the stone, and it takes a perfect sense of timing honed over years to achieve a signature buttery, fluffy, chewy crust with crunchy edges. 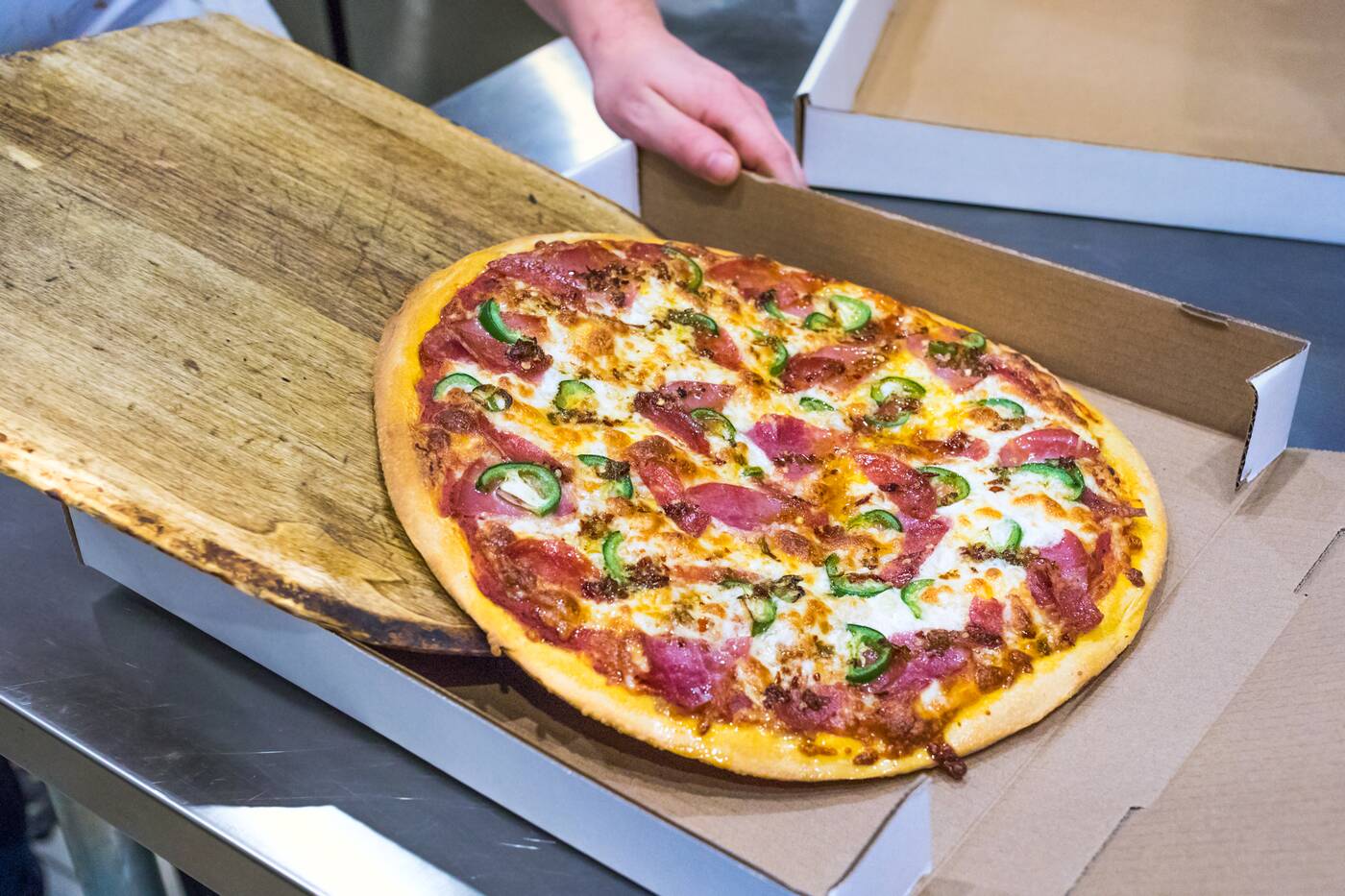 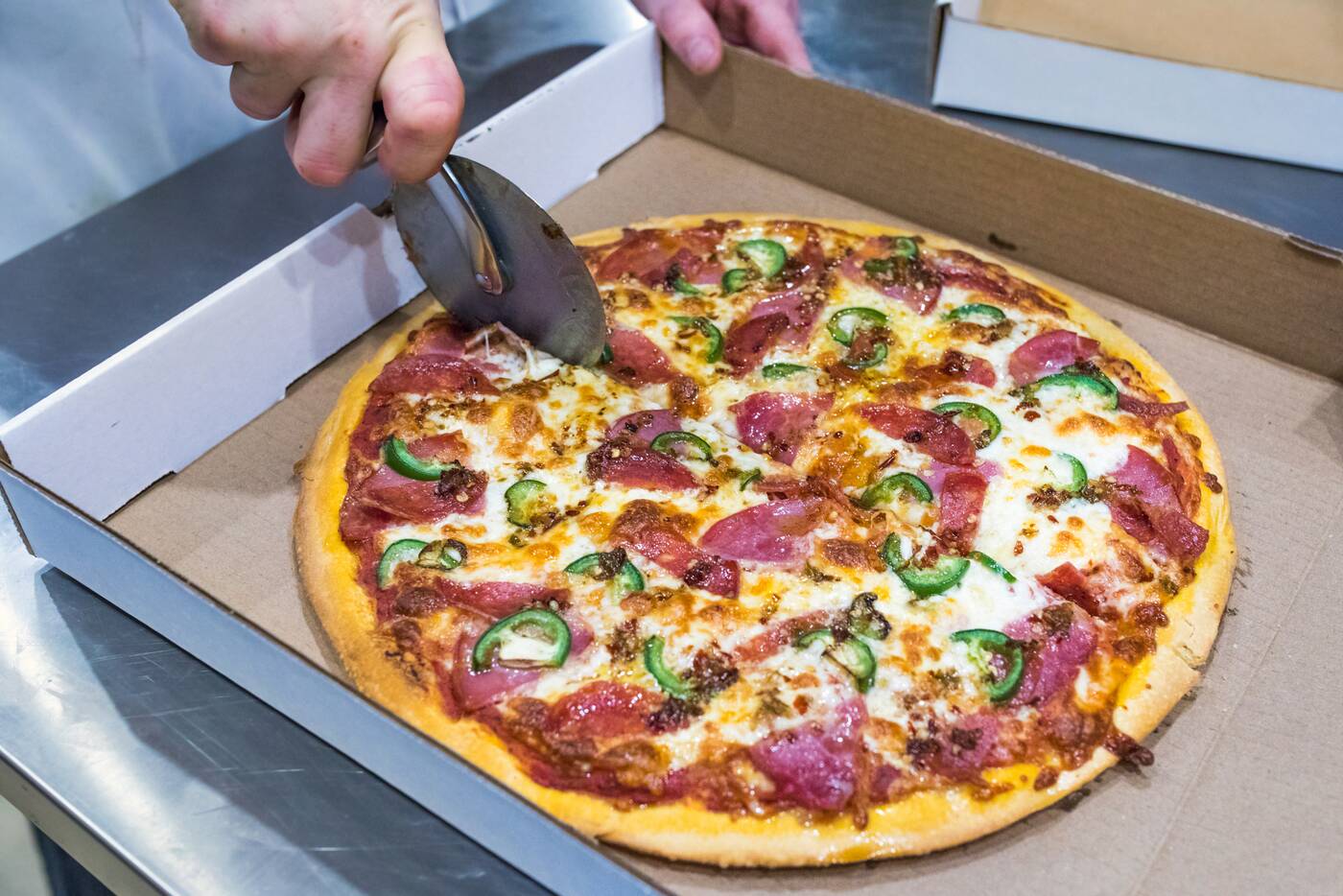 Most pizzas are topped with a blend of three types of mozzarella with different levels of fat and moisture that create the browning and gooeyness Vesuvio was known for. 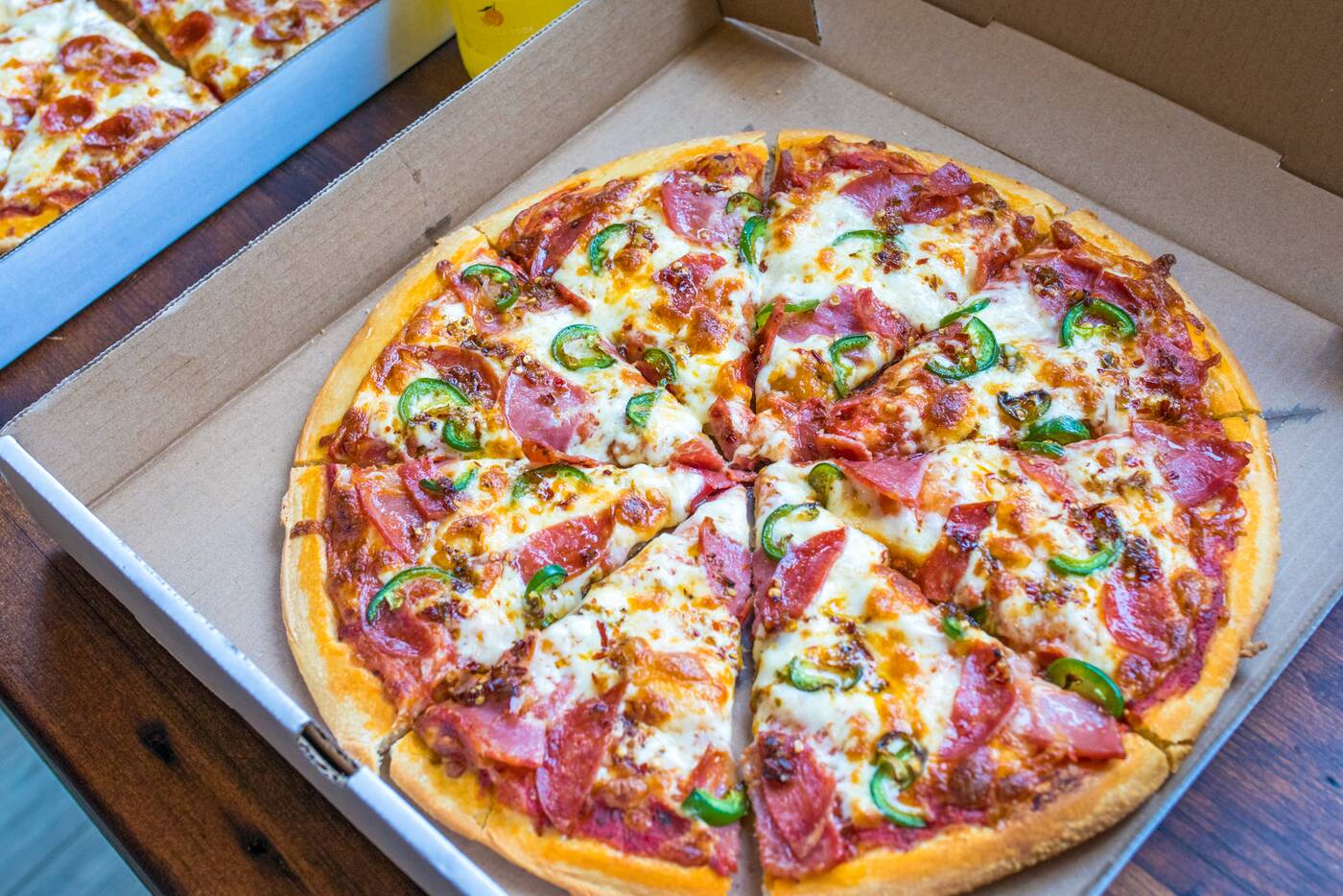 The Boomshakalaka ($18 for a medium) feels appropriately named with bold hot salami and hot capicollo, plus crunchy hot peppers and lots of greasy spicy chili oil. All meats are sourced from Venetian in Hamilton. 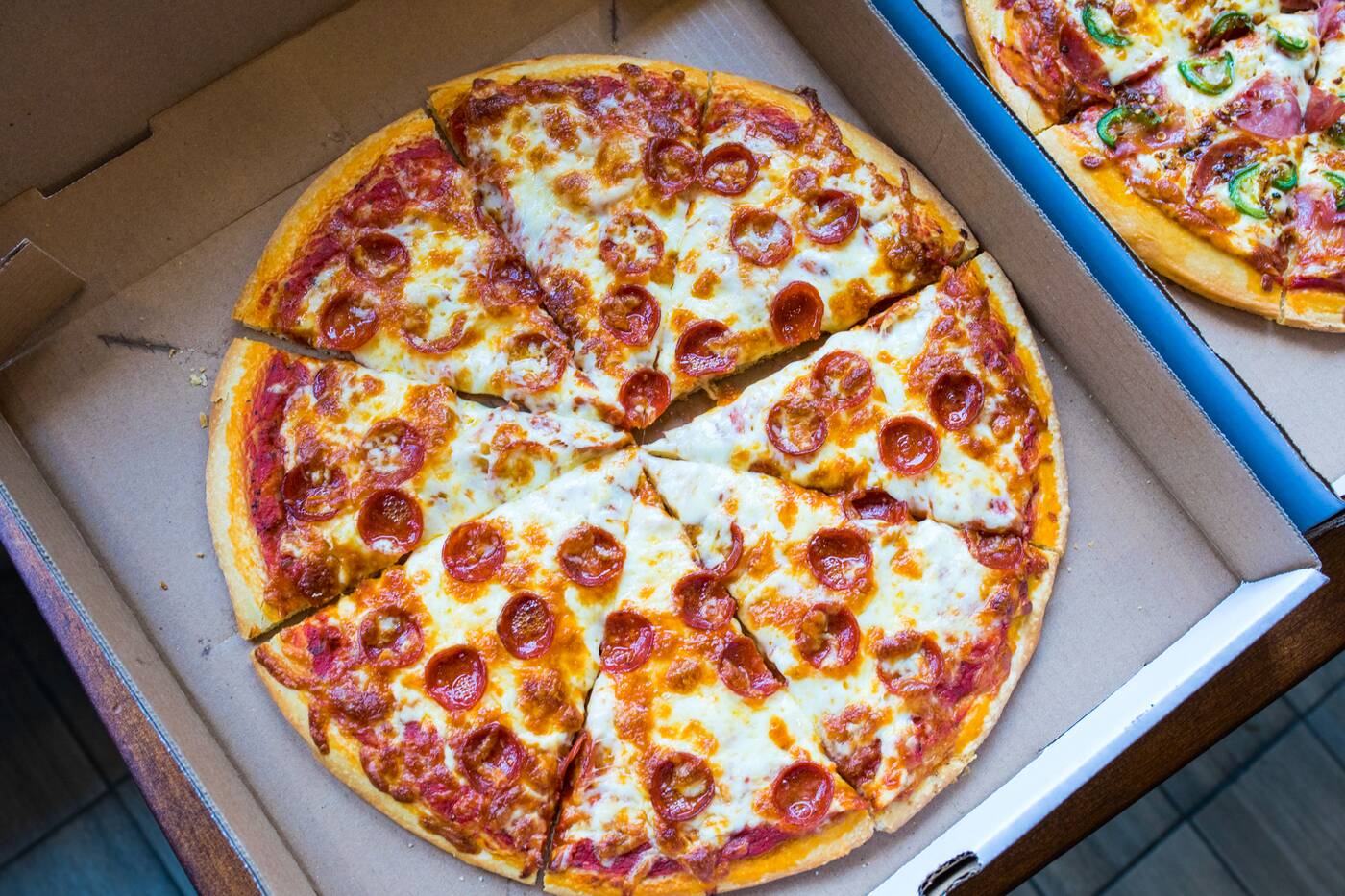 Build-your-own pizzas start at $14 for a medium with standard toppings for $1, and Venetian's one-inch pepperoni is a popular choice, crisping up perfectly. 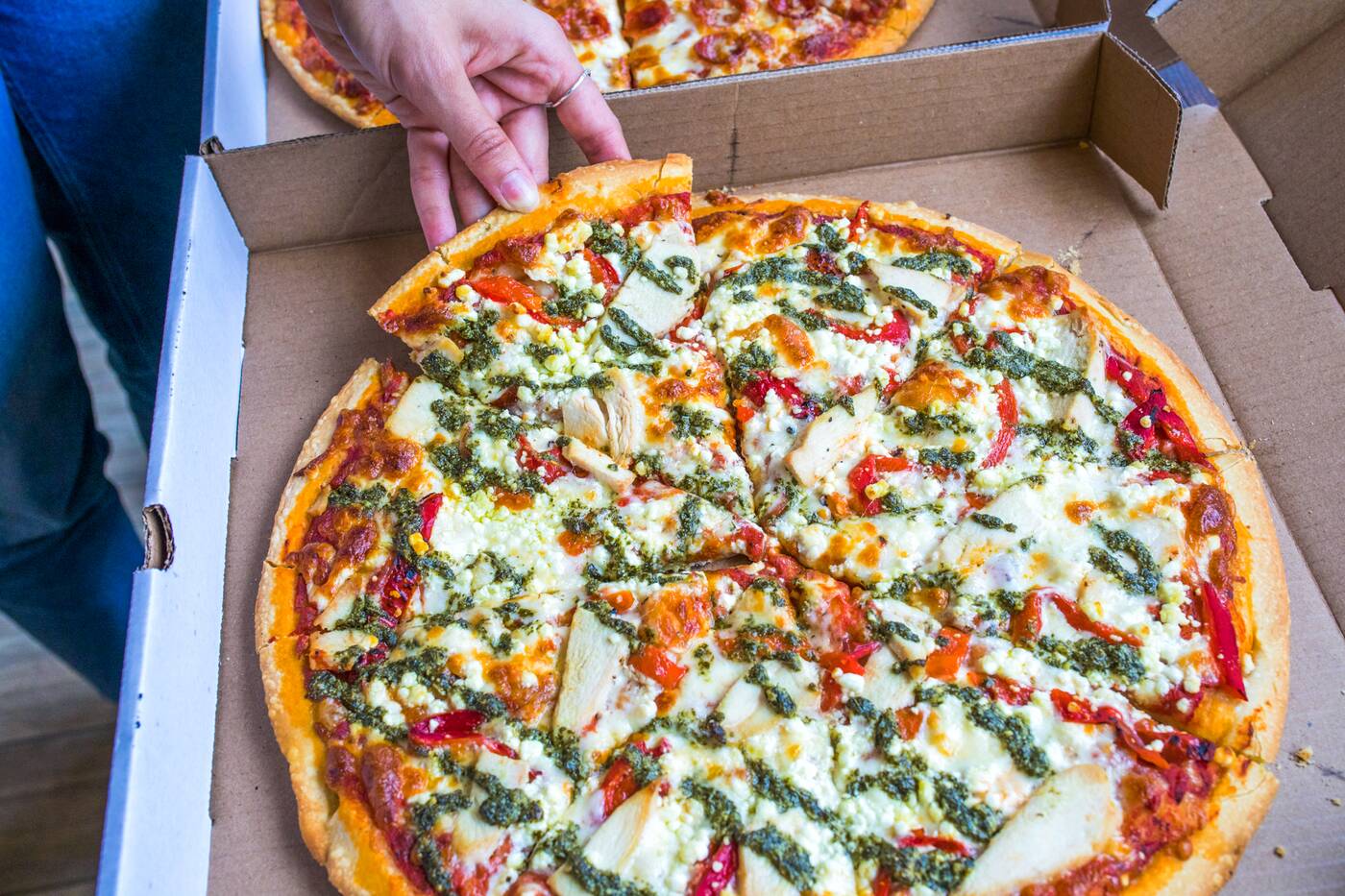 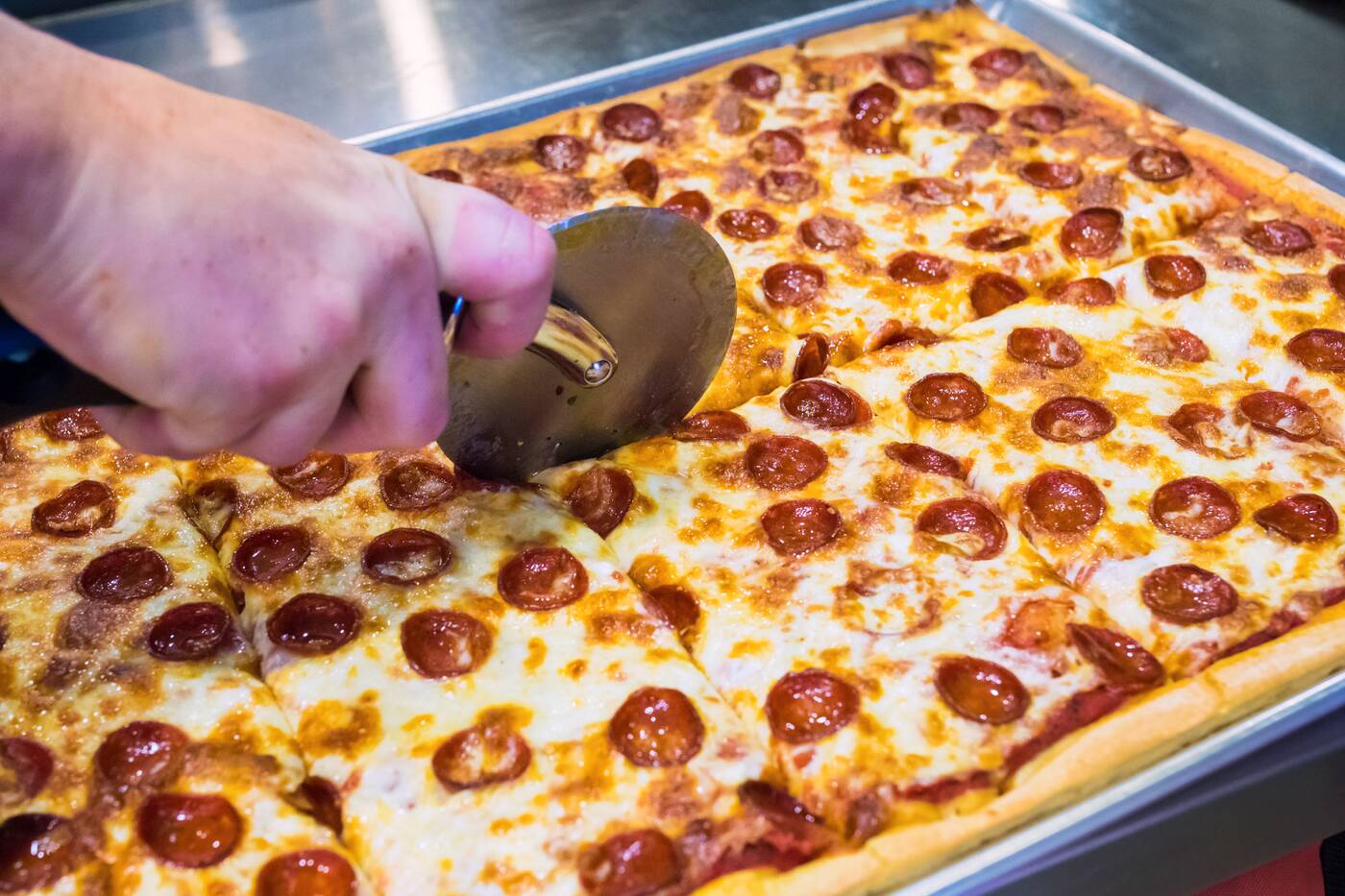 Square slices ($3) are also available just like at Vesuvio, with pepperoni, cheese and a variation on veggie always on offer.

House, Caesar, Caprese and arugula salads are all on the menu should feel like balancing out your carbs with a little something green. 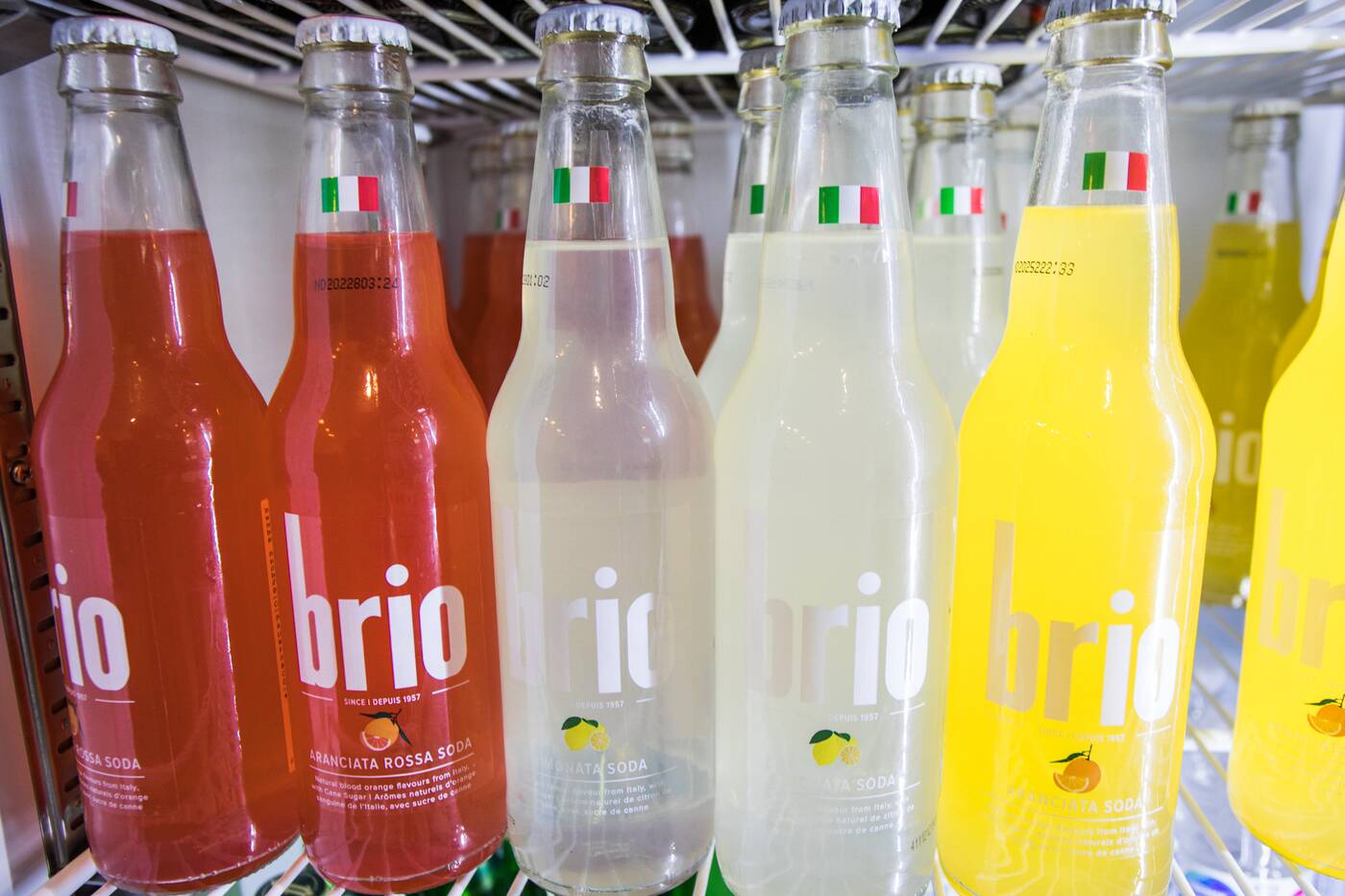 A selection of Brio flavours and Dad's cream soda are both on hand to wash down the grease. 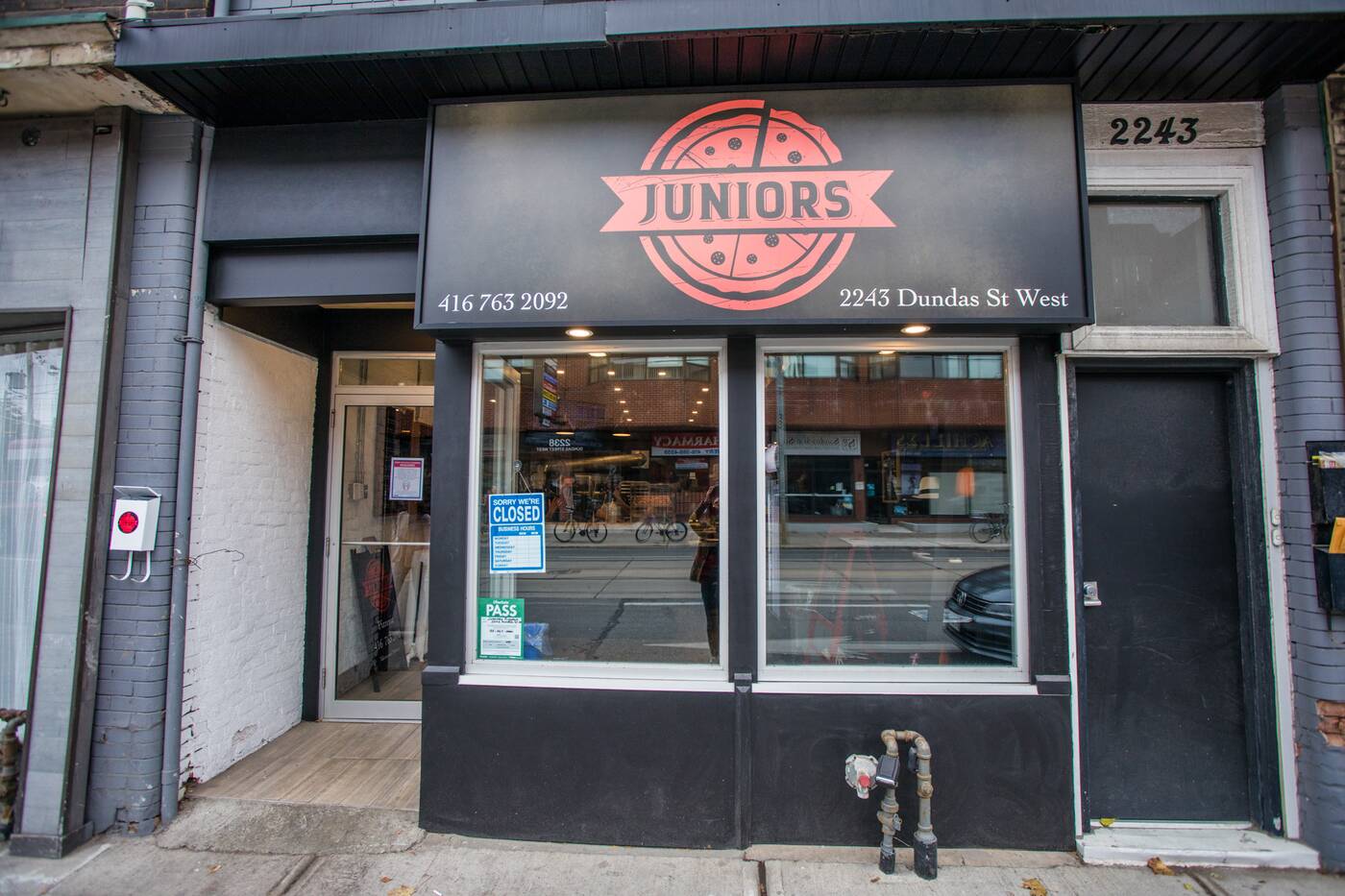