Planta Burger comes to us from the same people behind Yorkville vegan destination Planta. The tiny joint in the Financial Strict that used to be home to seafood spot Little Fin, is serving up all-vegan eats in a space with copper and teal accents and a touch of greenery. 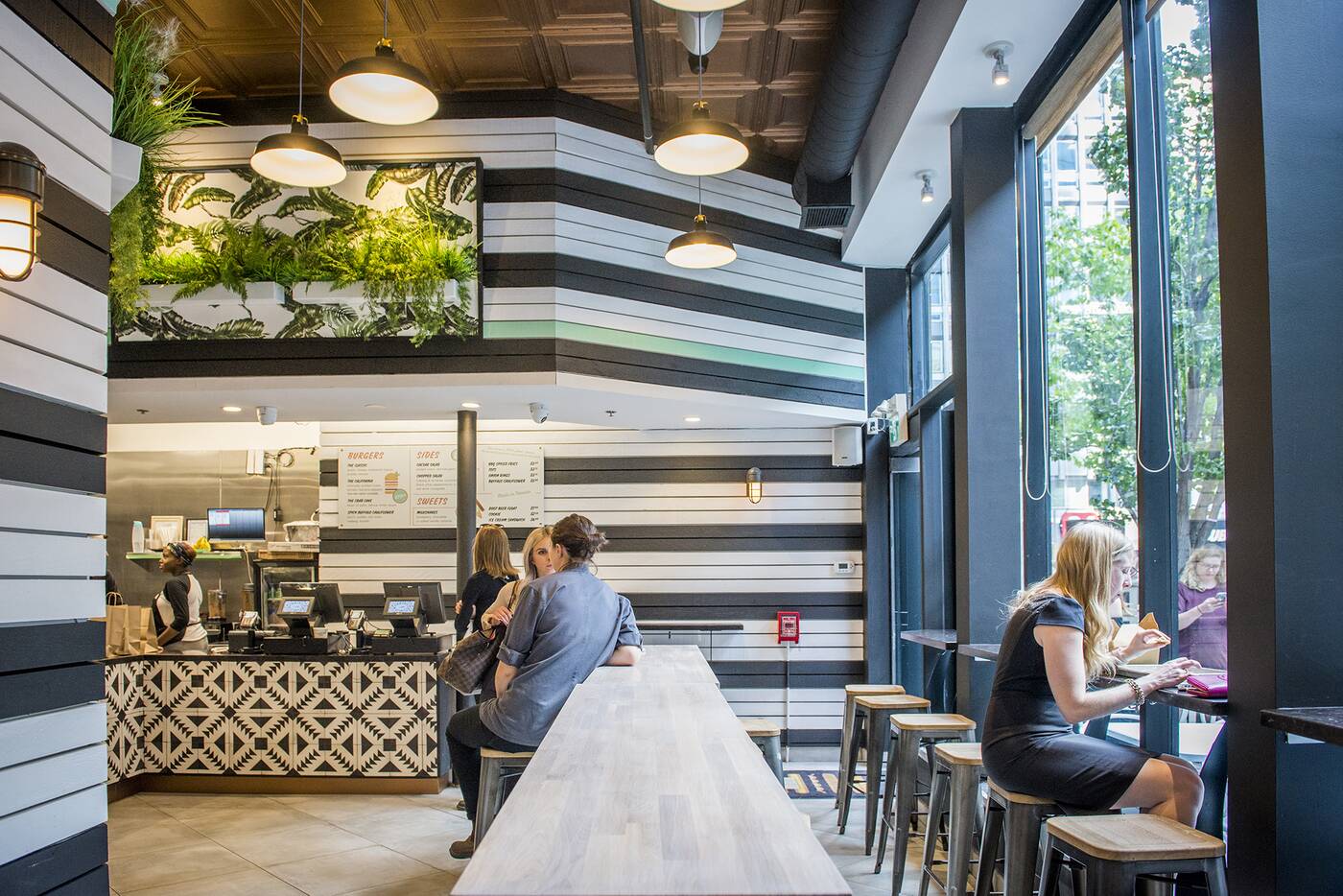 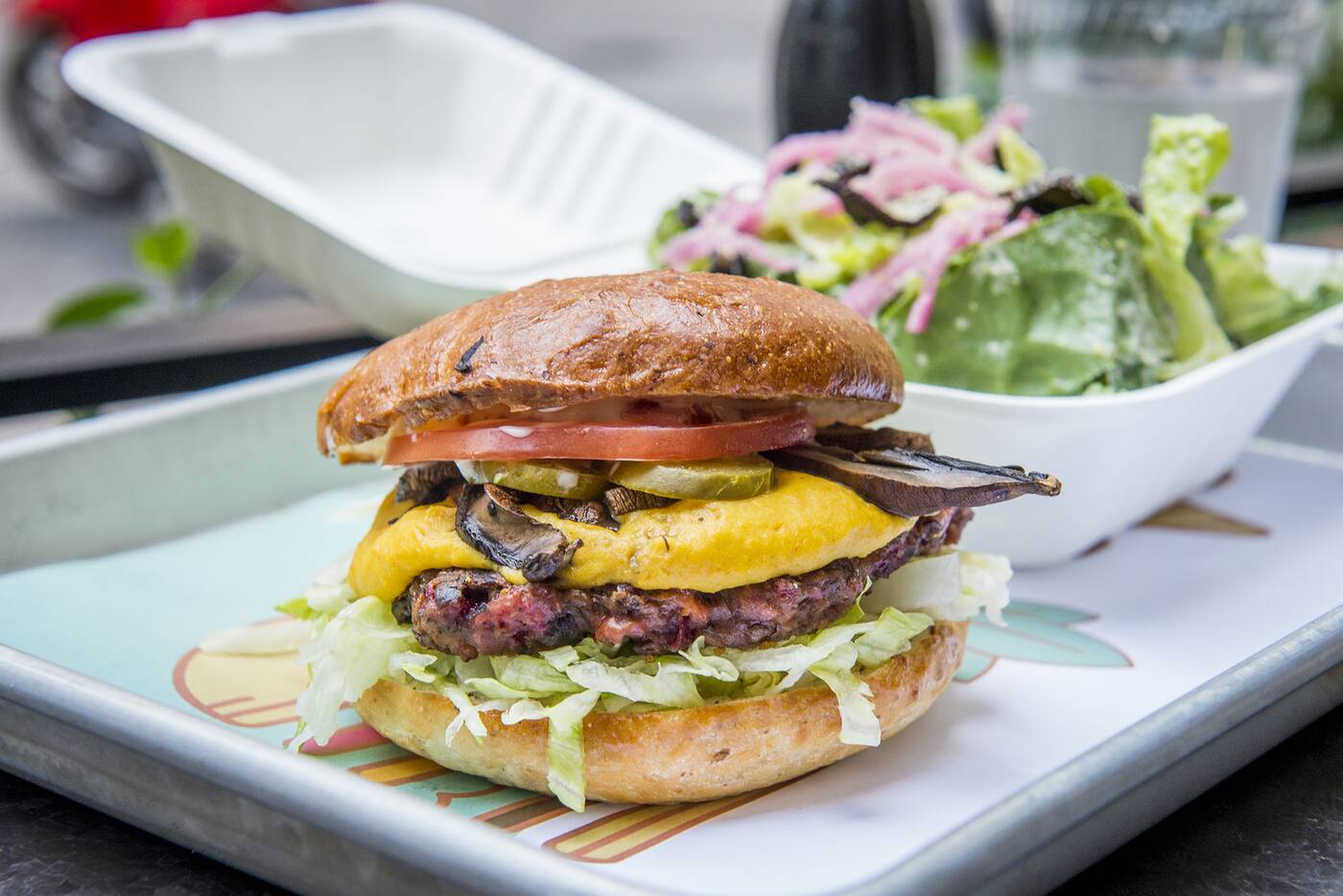 The Classic ($10.50) burger is nut- and gluten-free, the patty made from mushroom, black bean, lentil, and grated beet that completes the trompe de l’oeil by lending a texture and pink tinge that makes it look like juicy meat.

Topped with potato- and carrot-based queso, mushroom “bacon” that’s been smoked for an hour and pickles, it’s a veggie burger I’m happy to stuff my face with. Swap out your toppings for tomato, banana pepper, avocado, and pickled onion, and you’ve got yourself a “California.” 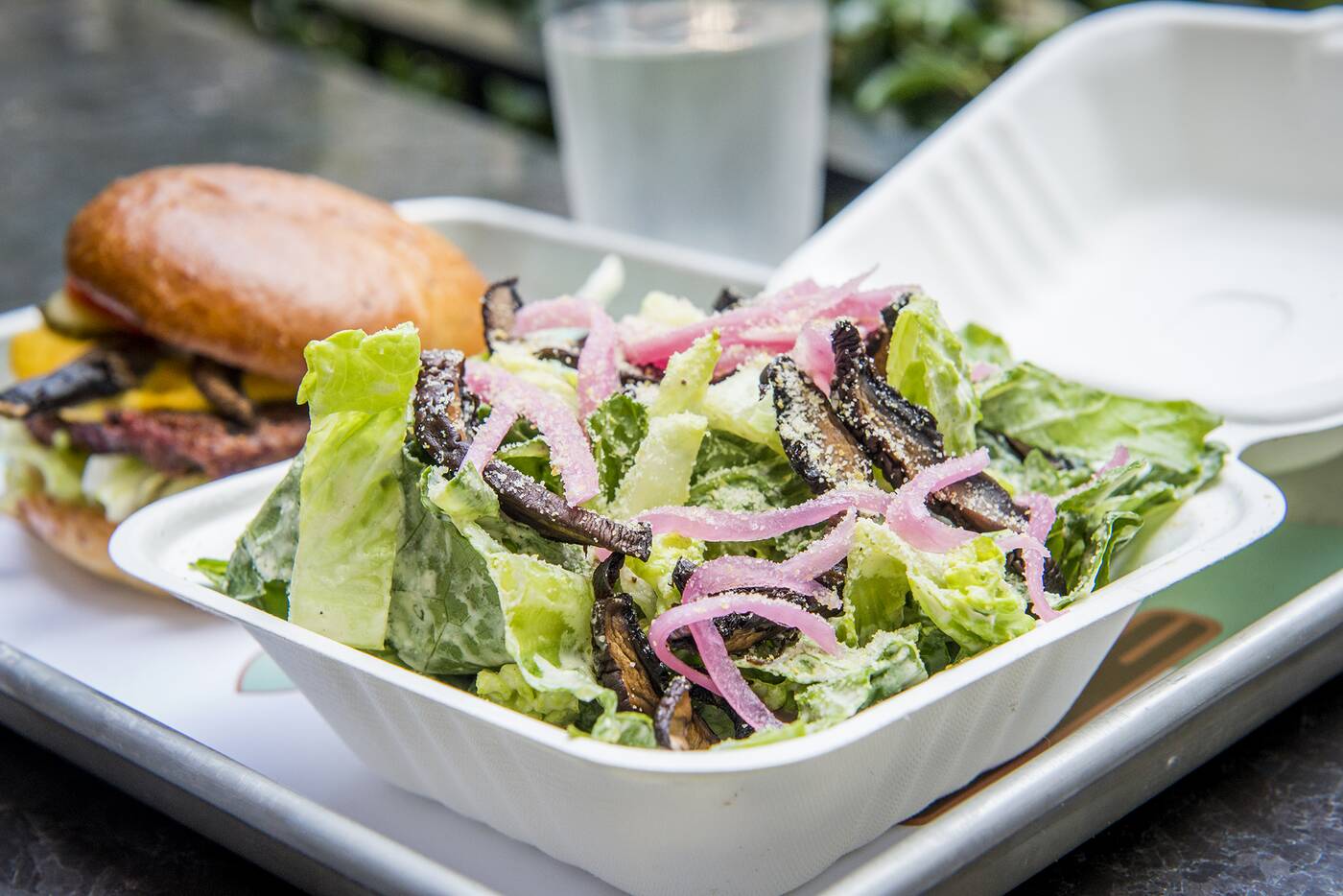 A caesar salad ($3.75, $7.75 for a large) gets topped with the same mushroom bacon, pickled onion, almond “parm,” and a cashew dressing that incorporates nutritional yeast for an extra boost of flavour. 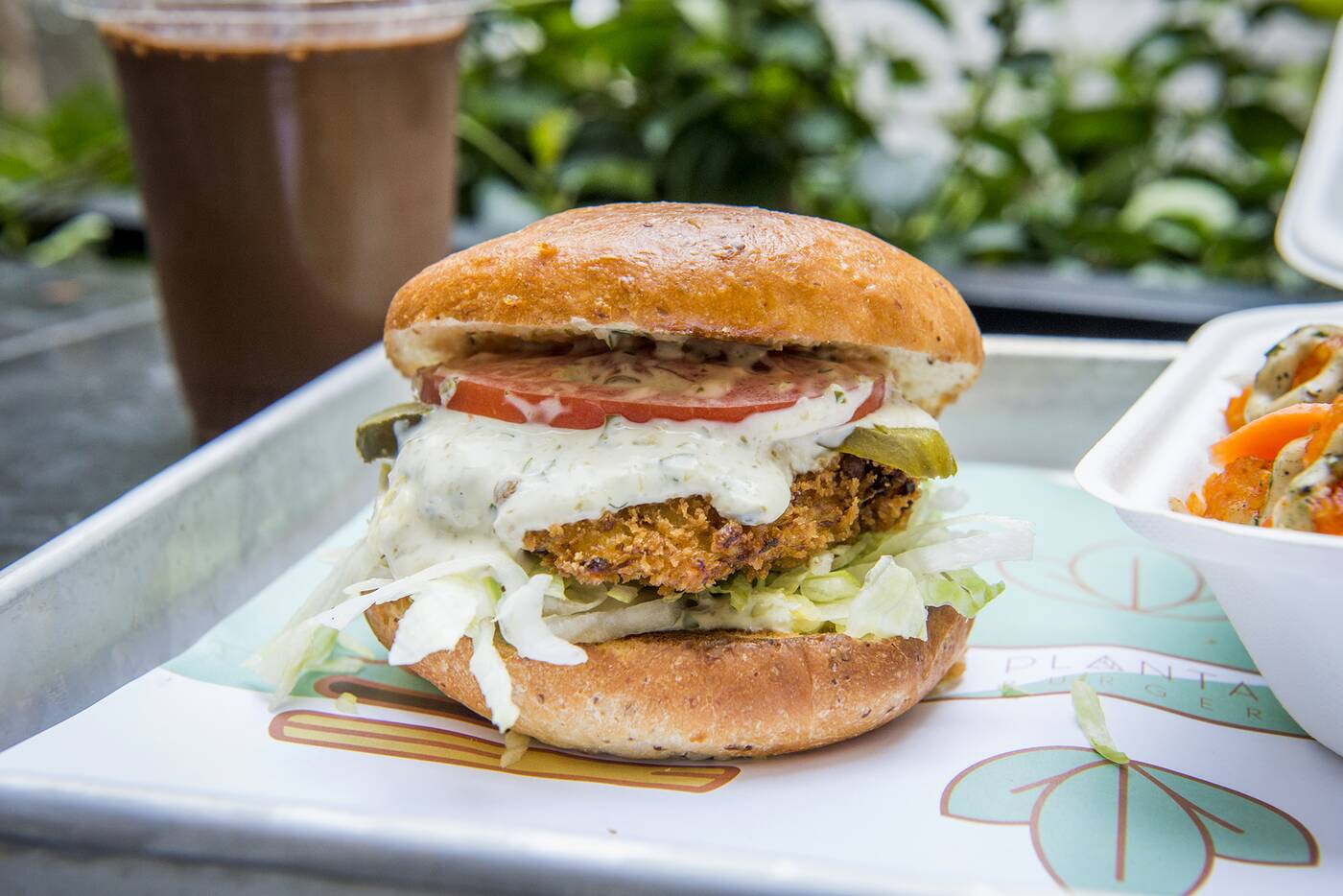 I choose to see the Crab Cake ($10.50) as a plant-based replacement for the Filet-O-Fish, though I’m not as wild about it as the Classic. Still, a heart of palm and celeriac patty is nicely crispy crunch with tartar, lettuce and tomato toppings. 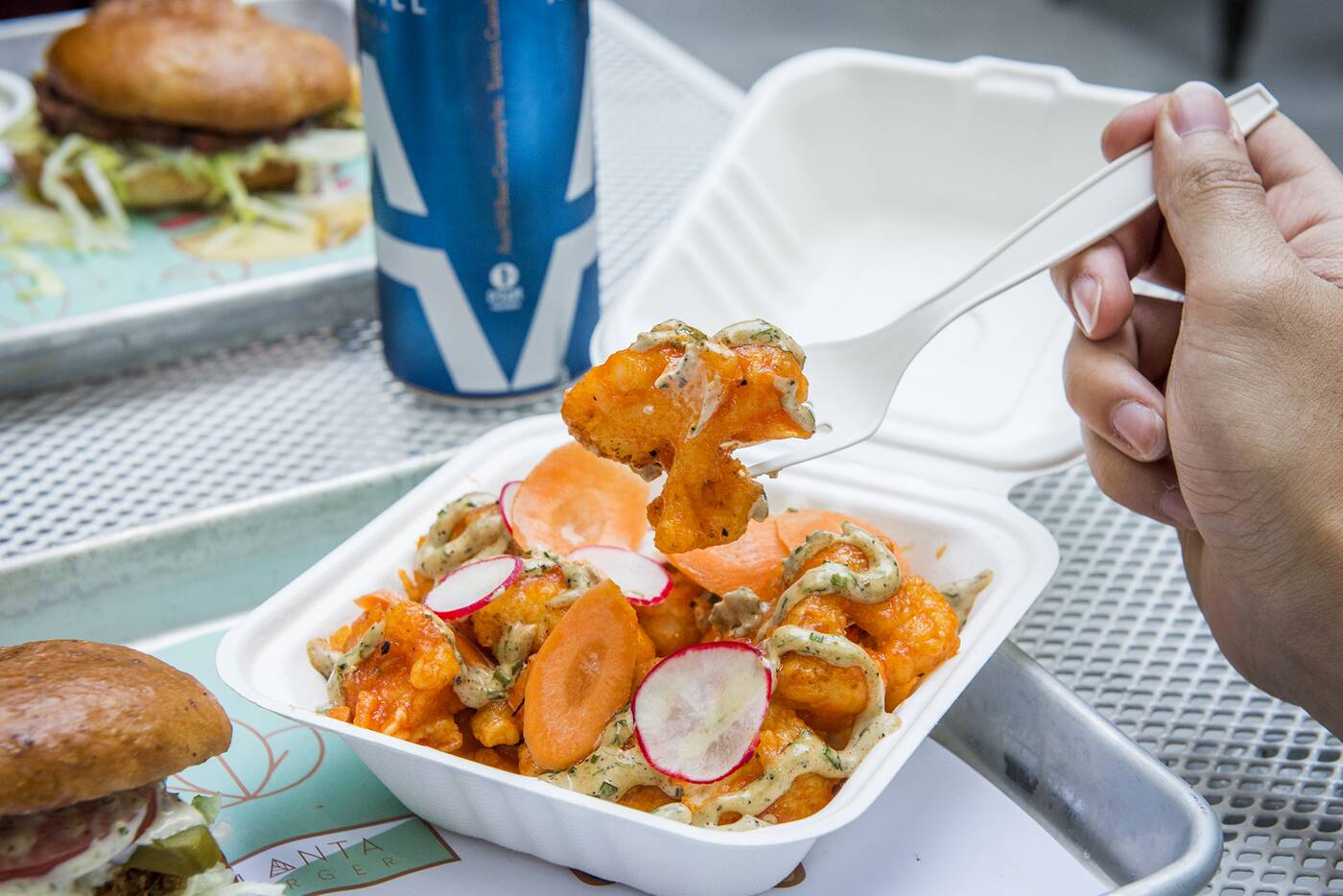 Spicy buffalo cauliflower ($5.00) brings a lot of great spice and a stunningly accurate blue cheese flavour in the dressing.

Sliced carrots and radishes bring a little crunch that highlights the snappiness of the cauliflower. You can also get the buffalo cauliflower as a sandwich ($10.50). 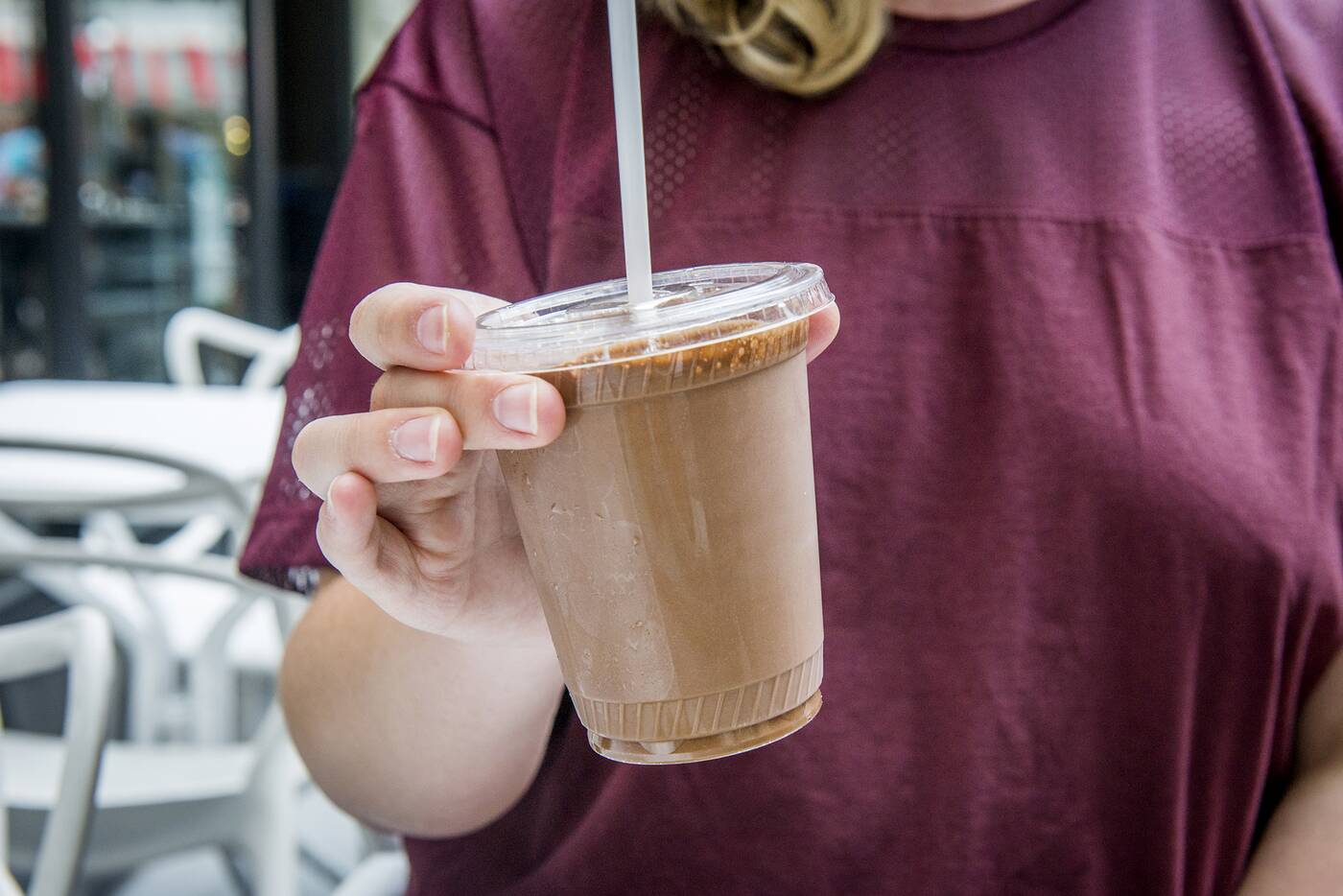 Shakes ($7.50) are made with almond milk, this one with a coconut-based chocolate.

The flavour comes off a bit more like a smoothie with lots of chocolate and no fruit in it than a shake, but it’s a much more pleasing no-dairy alternative than many out there. 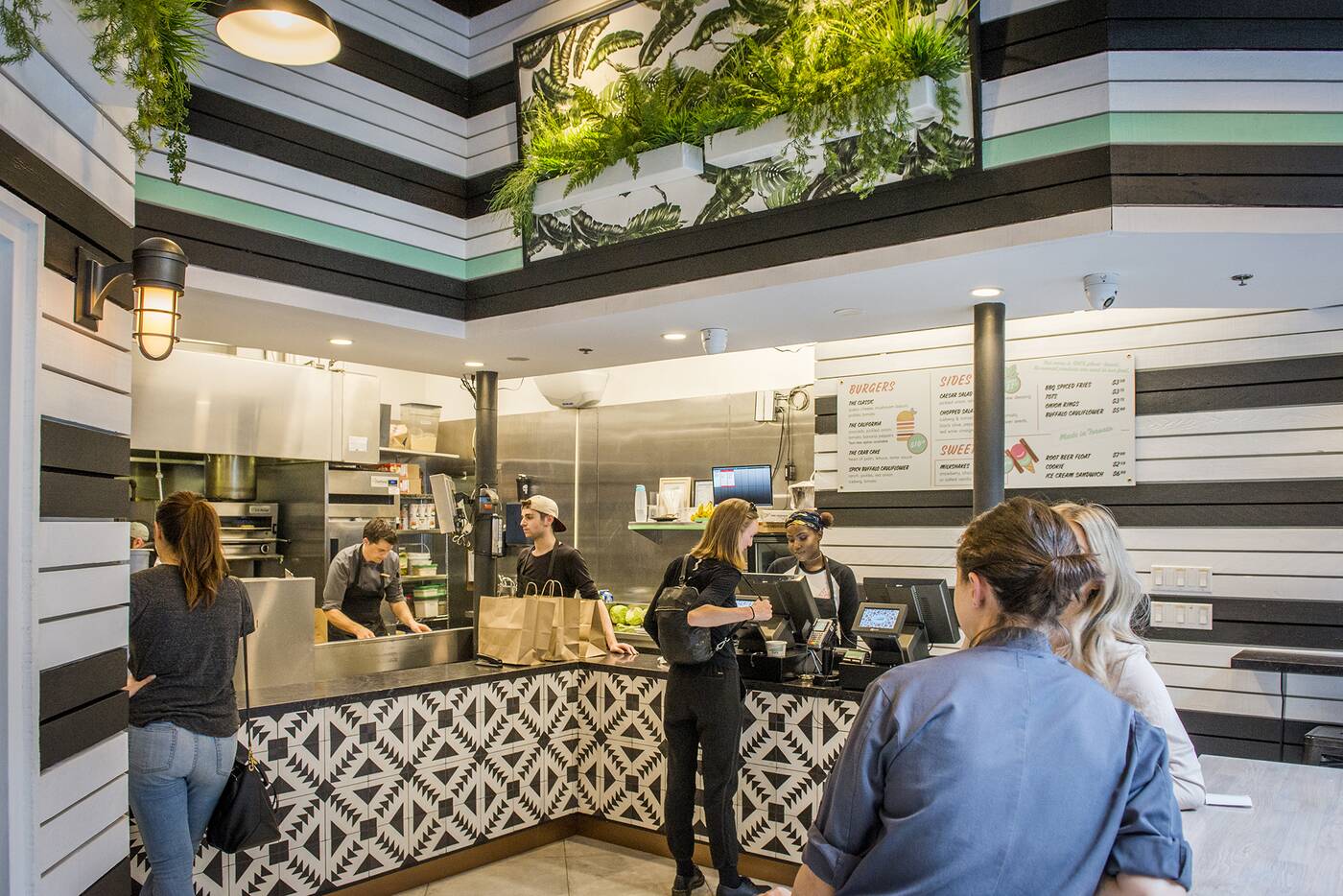 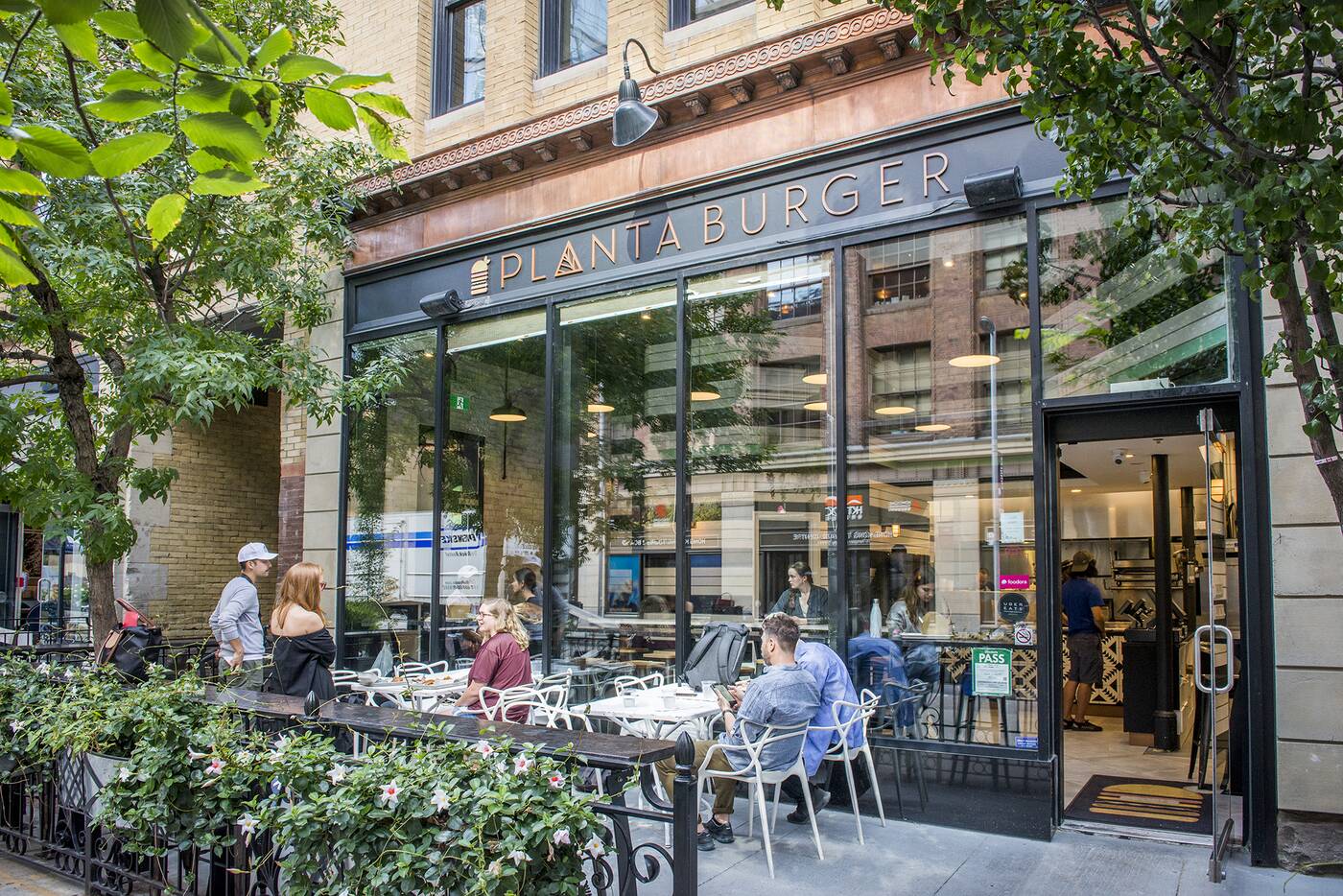