Oh My Lard is a BBQ joint occupying one of the upcycled shipping containers that make up Market 707 at Scadding Court on Dundas West.

Update: Oh My Lard is now a catering and special events company.

Opening a BBQ spot has always been a dream of co-owners Kirk Massicotte and Jesse Joel, who used to work together at The Emerson in Bloordale (Massicotte in the kitchen and Joel doing front of house), so they jumped at the opportunity to sublet the container from Bunz for the summer. 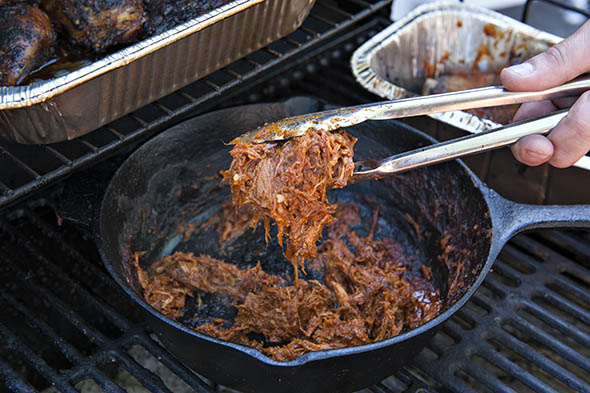 This cheekily named place is located next to the bike repair shop S C Cycles, and Massicotte notes, "You can come get your tires pumped and fill your belly," which is a pretty convenient - and necessary - combo of things I usually need to do. 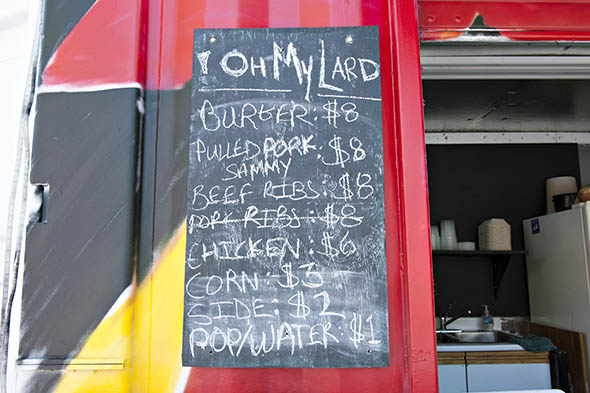 Massicotte and Joel change up the blackboard menu daily depending on what meat the Butcher's Son has available for them, although you can count on some form of pork, beef and chicken to be thrown on the grill. Produce is from nearby fruit and vegetable stores in Kensington Market, with watermelon aplenty, as every order comes with a slice of it here. 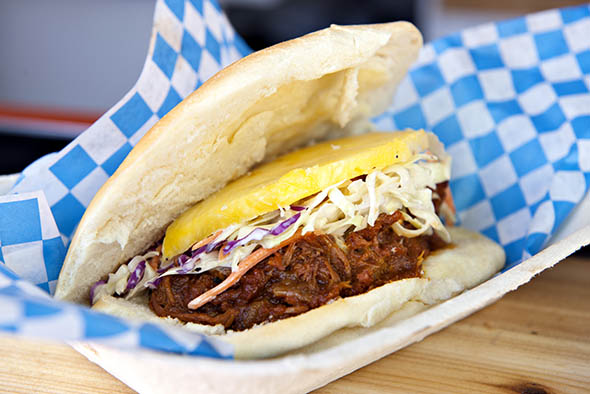 When we visit, a pulled pork sandwich ($8) on a coco bun from Golden Patt y is a feature of the day. The sauce has a bit of spice to it (the guys tell me they use bird's eye chilis) and the meat is topped with slaw for crunch and grilled pineapple for some sweetness. 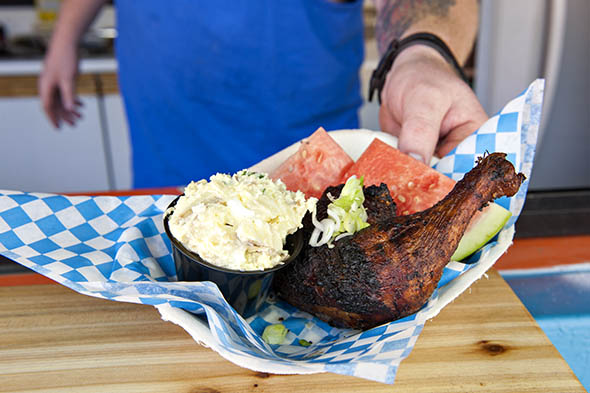 Another offering that day is a quarter chicken ($6) in a tasty herb and spice marinade. Since all the animals are naturally raised and hormone- and antibiotic-free, Massicotte tells me, "You can taste the freedom and the happiness in the meat," and it's true; the moist, smoky chicken is a special kind of delicious. 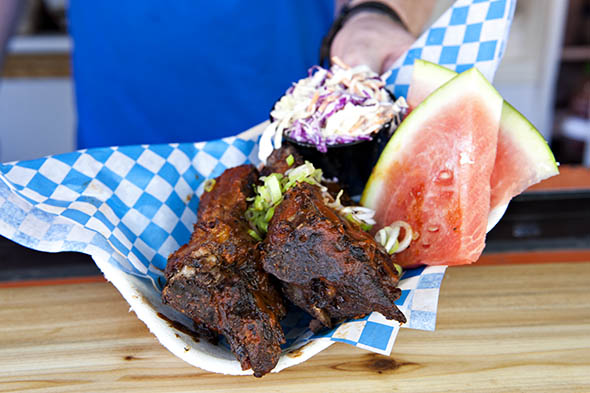 Pork ribs are already sold out, so instead we get the substantial beef ribs ($8) slathered in a sweet maple bourbon sauce with a side of coleslaw ($2). Potato salad ($2) is another option as a side, and both are made from scratch (like everything else here - Massicotte even splits his own mix of wood for the barbecue with an axe on-site). 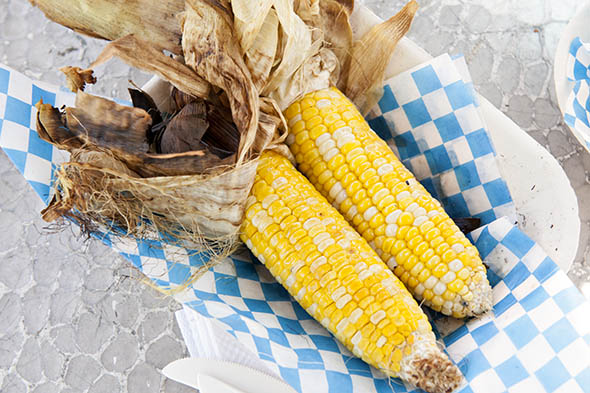 Corn on the cob ($3) is a summertime BBQ must, and with brown butter drizzled on, it almost tastes like candy. The guys mention they have another sauce they call Tequila Sunrise (brown sugar, cinnamon, lemon juice), which I'll have to try next time.

By this point I'm too stuffed to try the burger ($8), but it looks pretty sweet, and we're told it's proven to be popular so far. 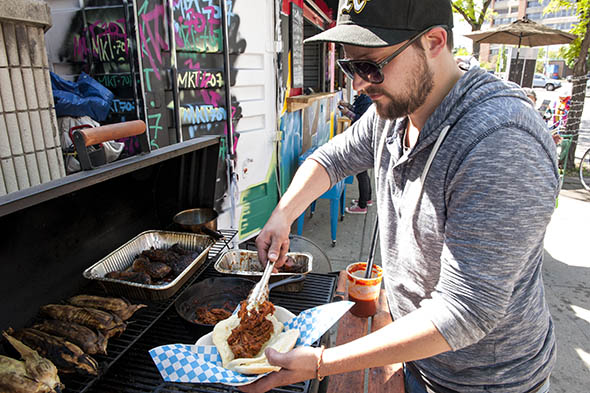 There are a few tables and chairs nearby for outdoor eating, or you can get the food to go. They're offering a $50 Barnyard family special that includes three proteins, two sides and slices of watermelon for everybody, or a Wildcard deal where you can get one of everything on the menu for $25.

Oh My Lard's BBQ is on from summer to early fall (after that, they'll have pop-ups elsewhere) Thursdays to Sundays starting at noon until they run out of food, so if you have a hankering for BBQ and watermelon, now you know where to go. 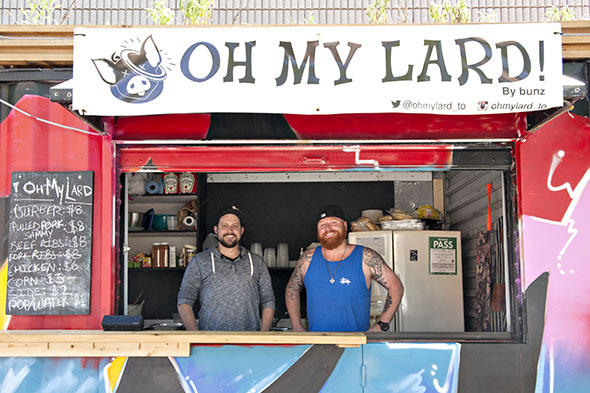