Backyard Smokehouse has an extensive menu of juicy burgers oozing with cheese sauce, brisket, smoked chicken and ribs, as well as massive meat platters and tasty sides to match like fried pickles and mashed potatoes.

The space, with exposed brick and booths inside and a large backyard patio in the works in the back, comes from the owner of Eggstatic, most well-known for its selection of waffles and pancakes and nicely executed egg dishes. 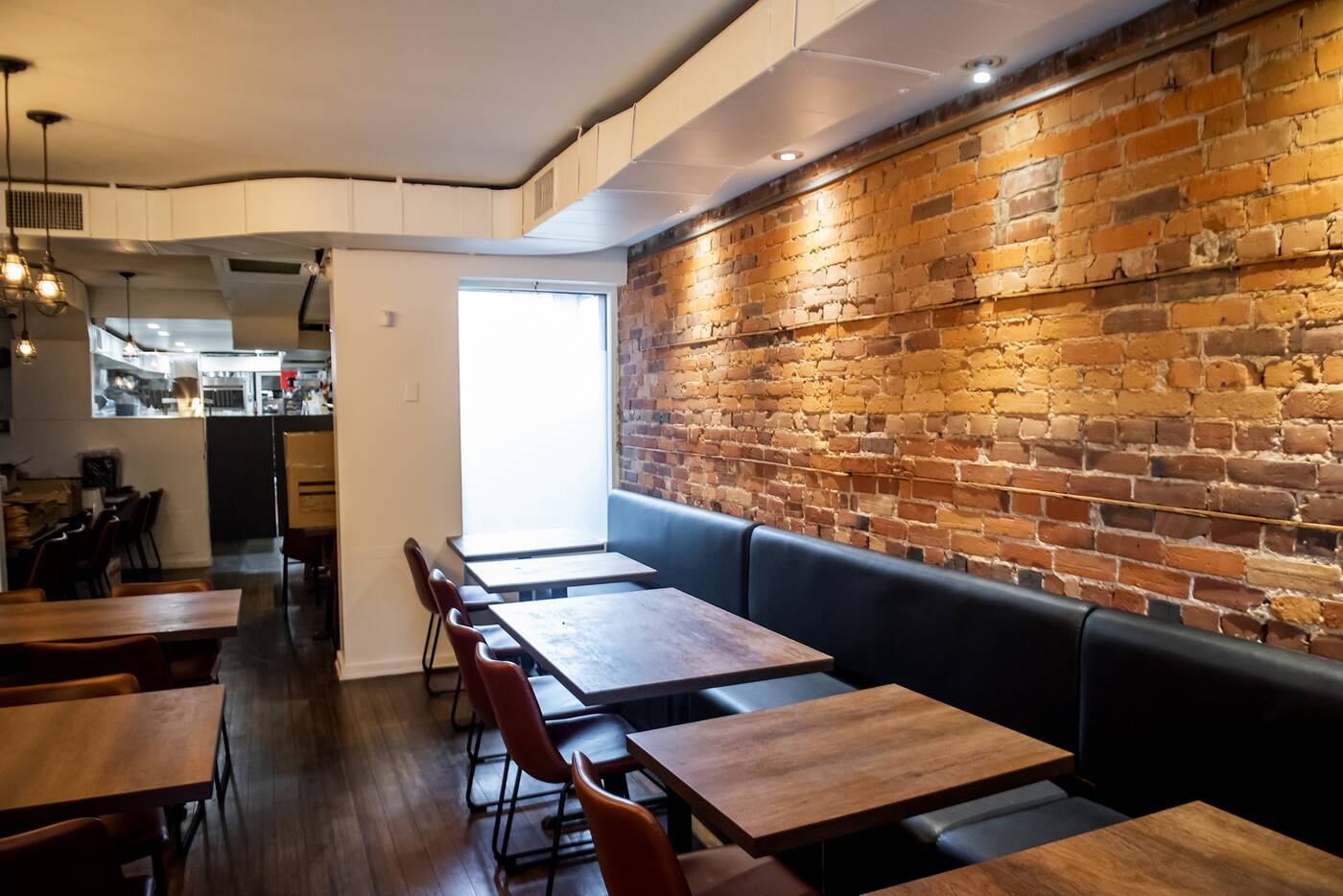 Chef and restaurateur Faris Awwad says that though he may have been distracted by opening the brunch spot, owning a smokehouse has been one of his longtime aspirations. 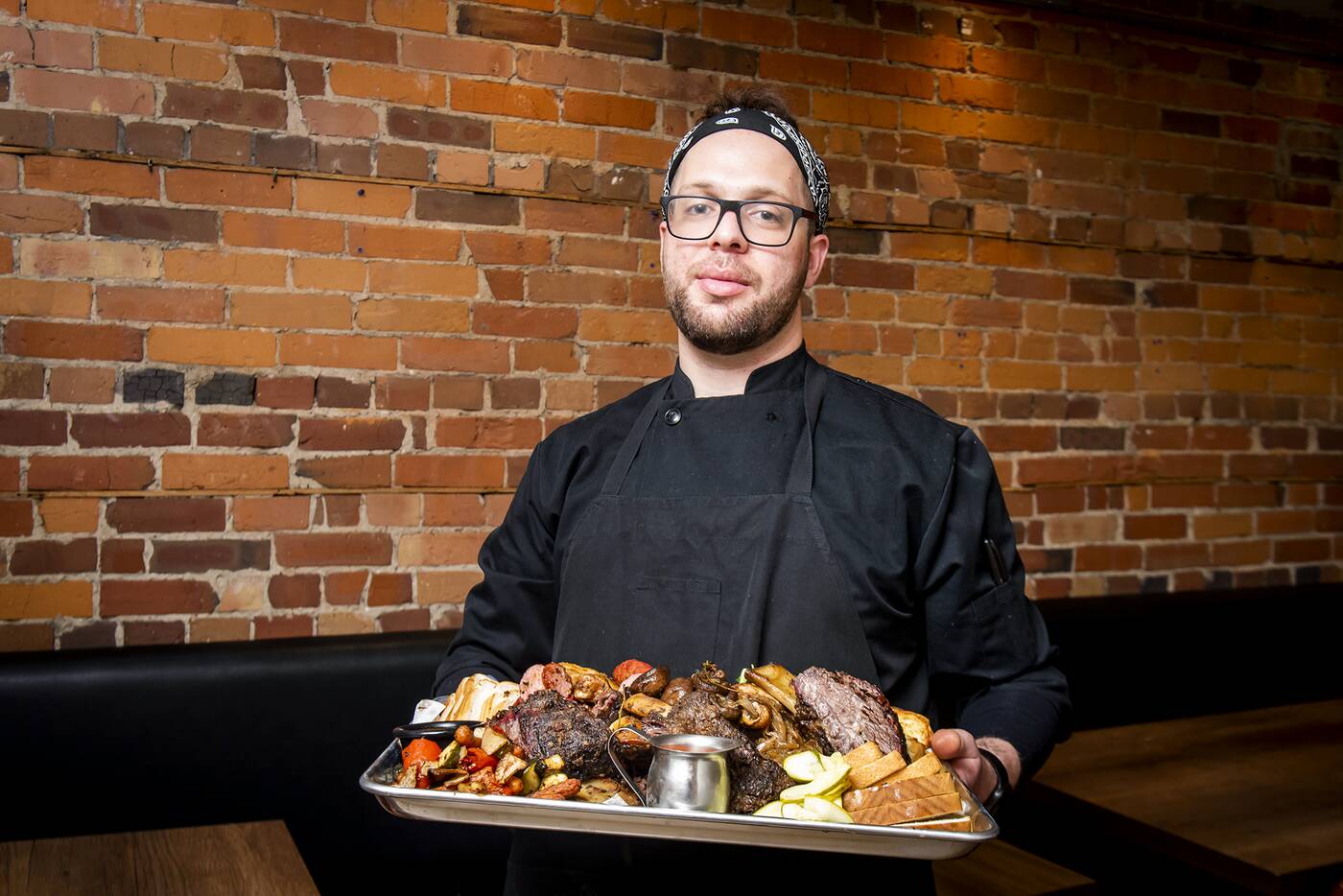 It was during his time making the mushroom and pulled beef sandwich ($14.29) at Eggstatic, one of the only things they did smoked, that he really fell in love with smoked foods. 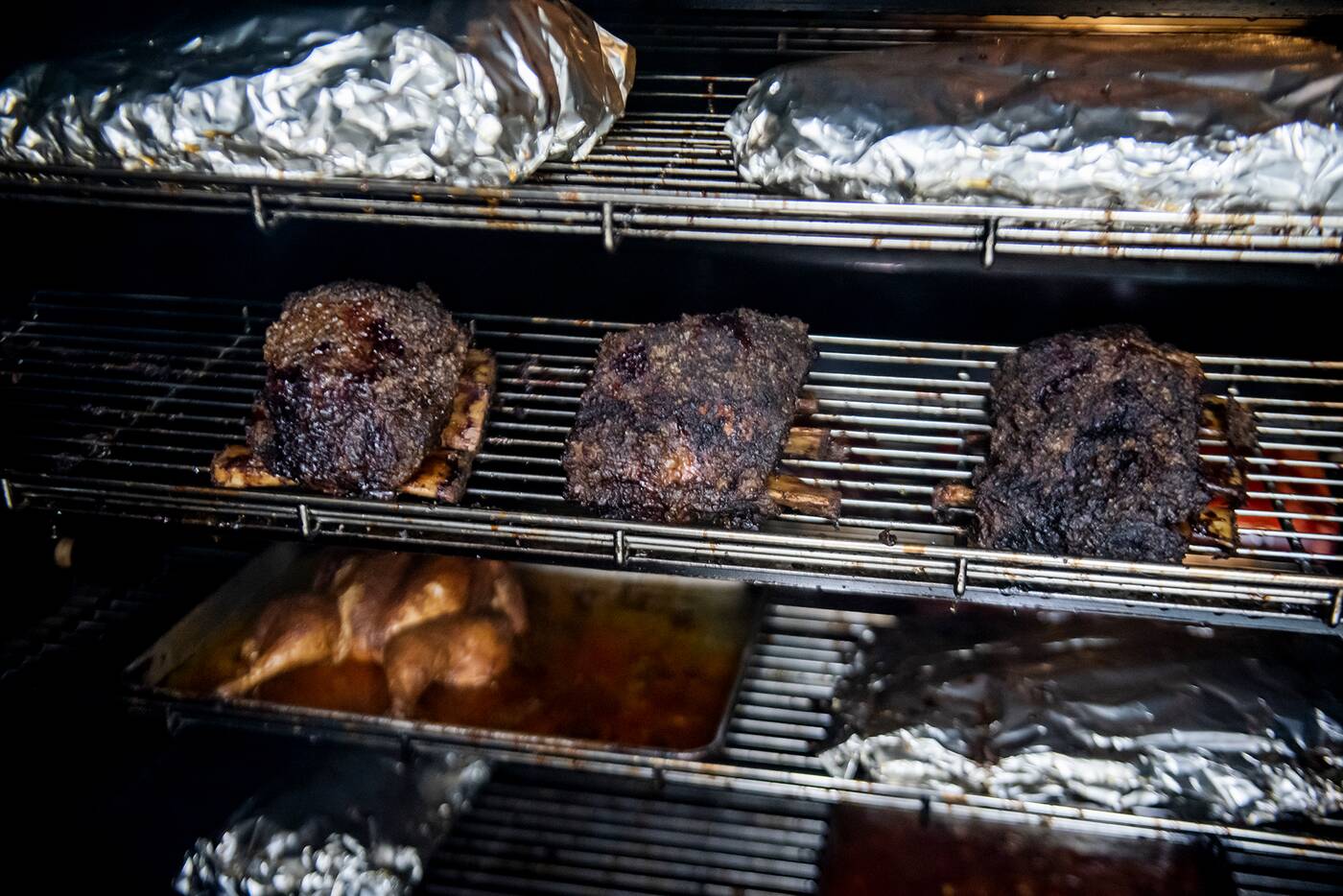 Now he cooks up all types of meat including brisket, beef back ribs, short ribs and chicken in both a rotisserie and offset smoker, which is the more traditional way of smoking with a firebox into which wood is consistently fed. 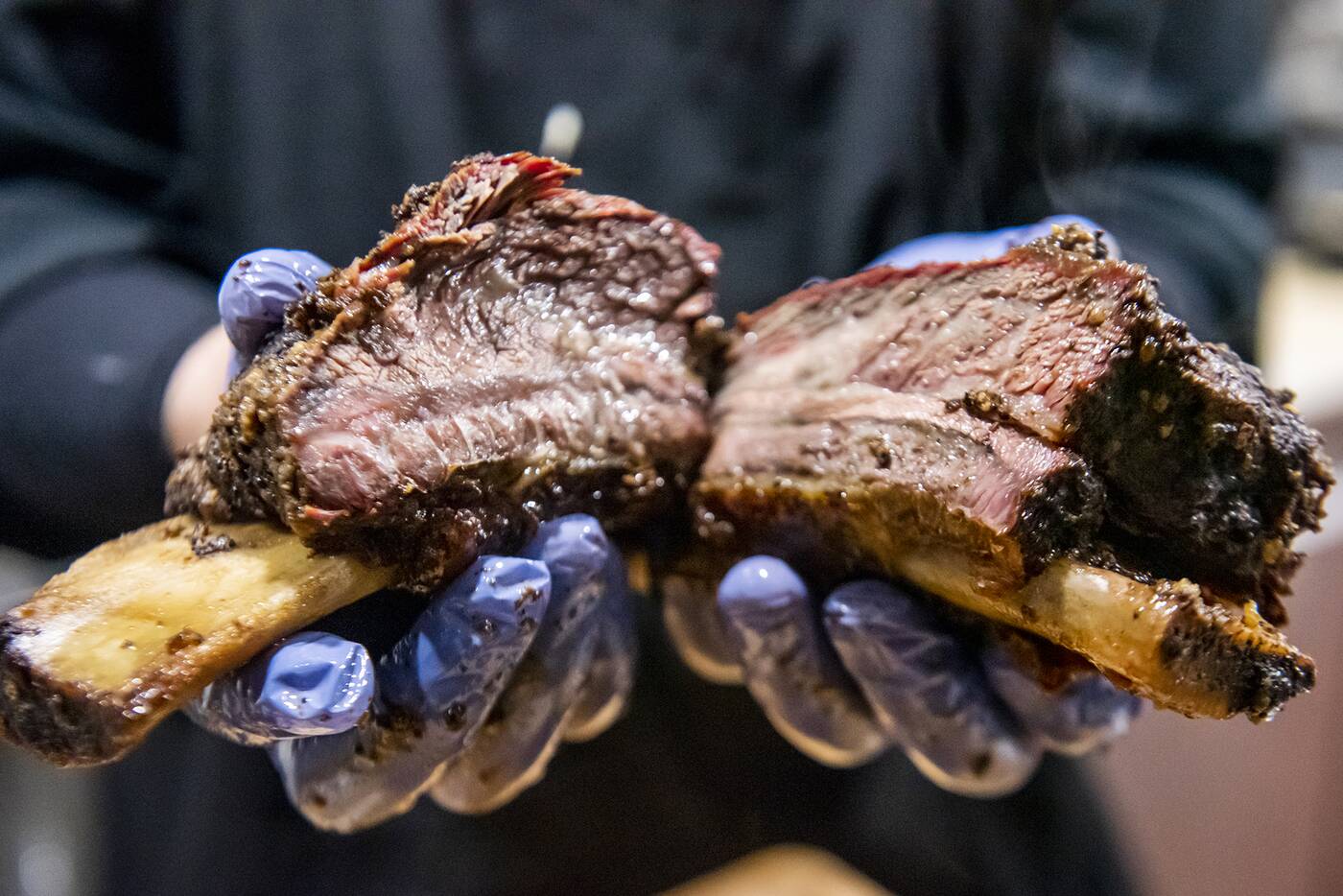 Brisket cooks for a good 16 hours, coming out tender to the point it's literally falling off the bone. 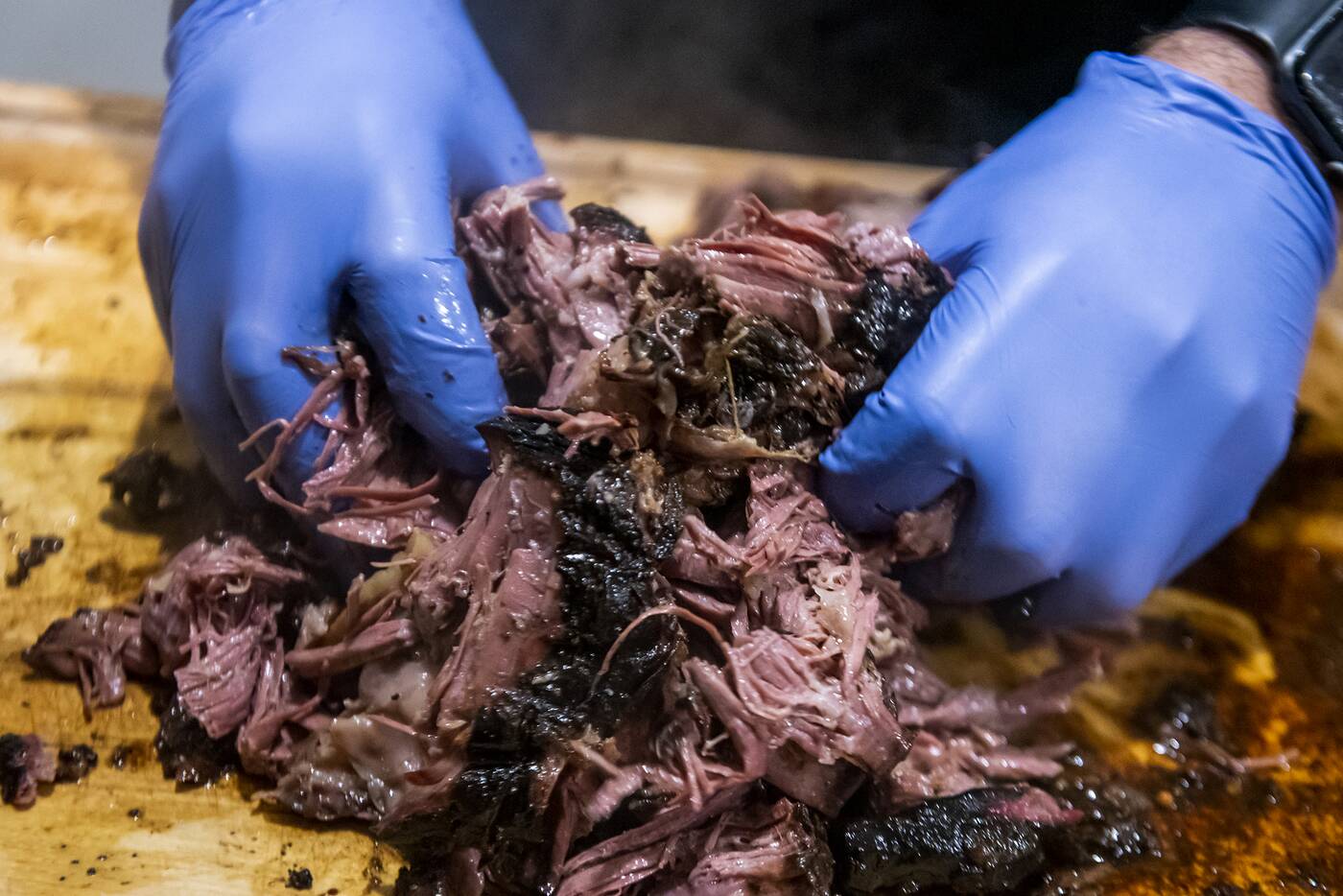 The burger patties are prepared with a mix of brisket and beef chuck that comes from the shoulder and neck region for a fattier, richer cut. Awwad says it's the perfect balance with the abundant flavours of the chuck and added leanness of the brisket. 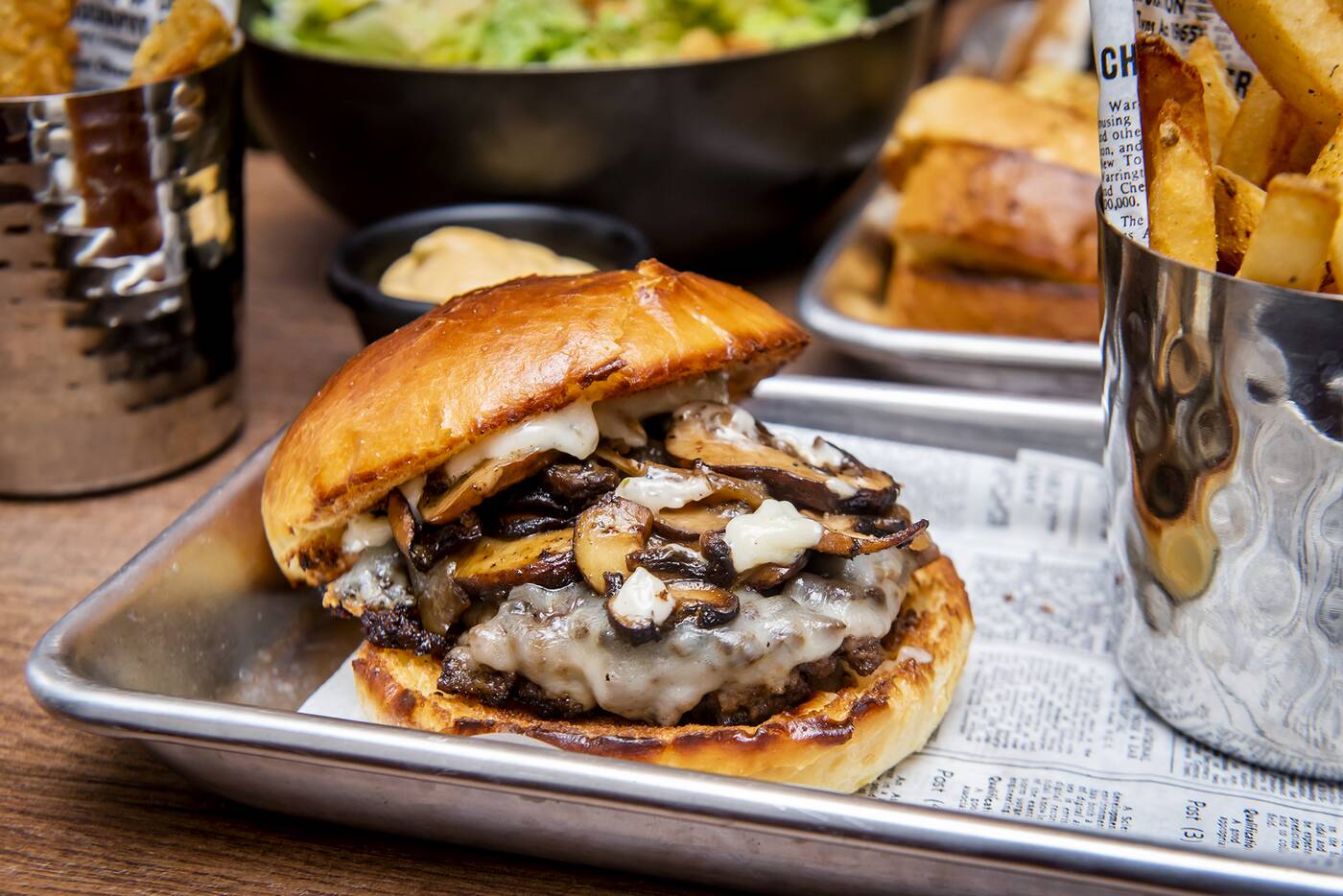 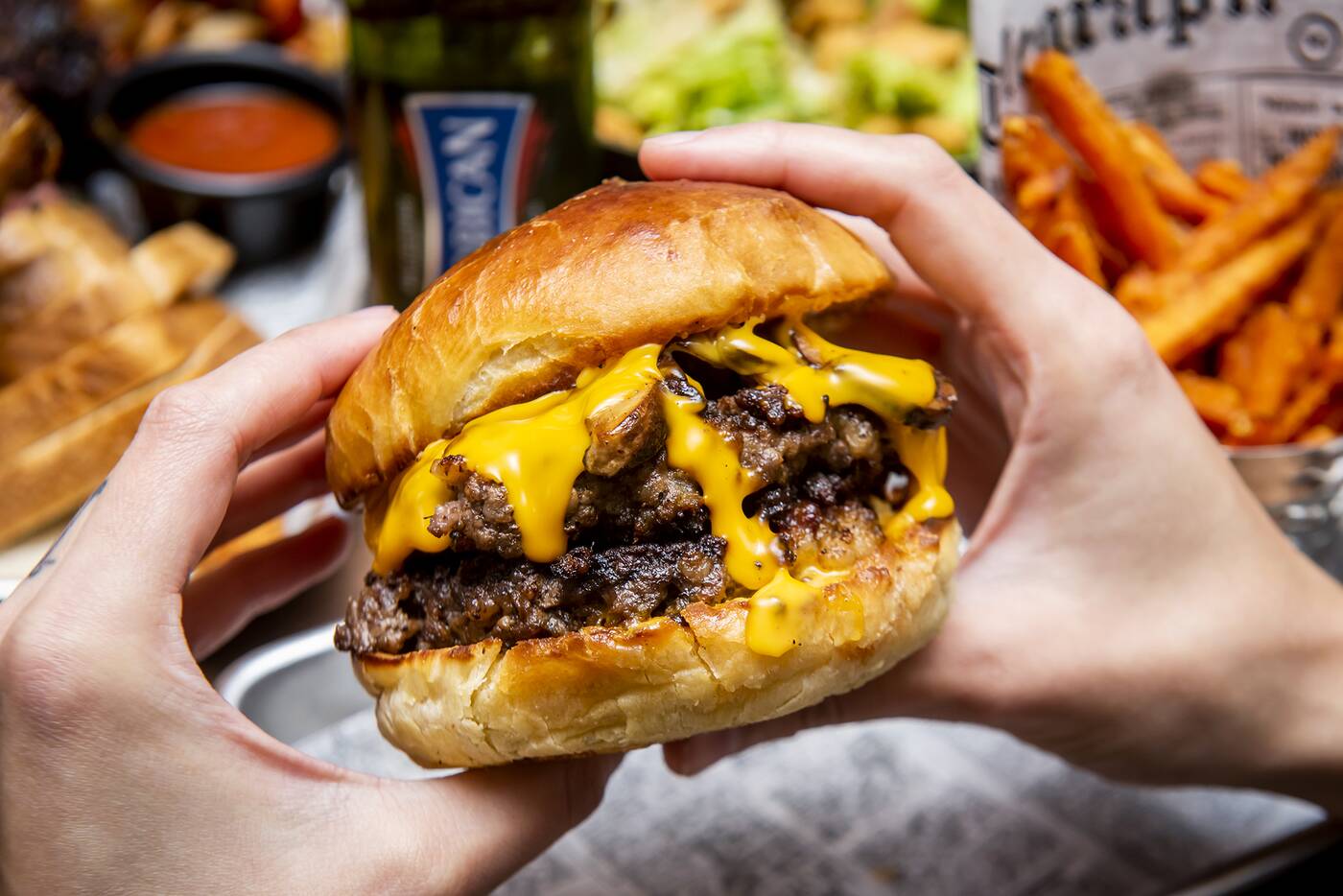 The Ribyard Burger ($13) takes it up a notch with an extra burger patty, BBQ sauce, sweet-and-spicy mostarda sauce, sauteed mushrooms and tons of oozing cheese sauce. 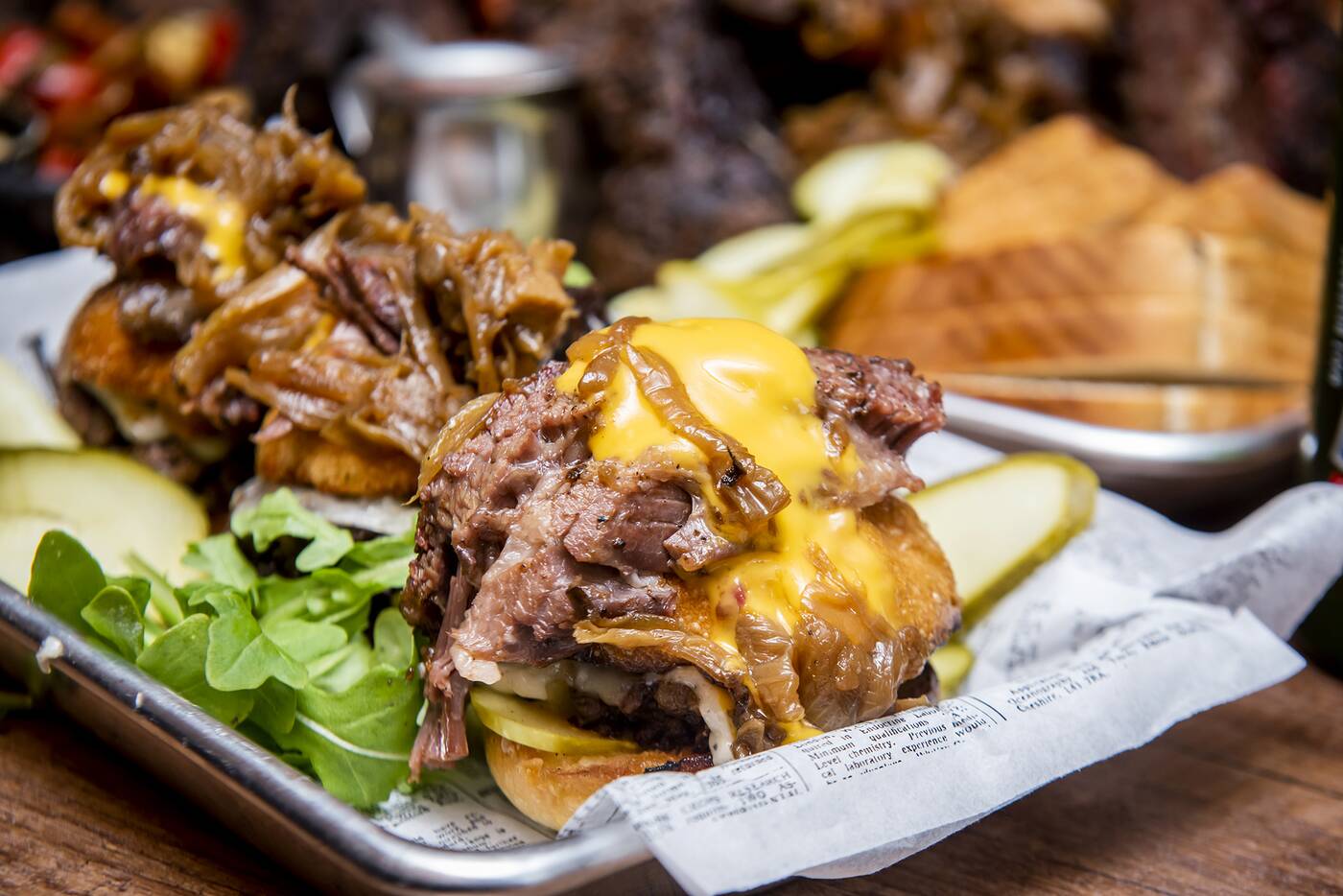 Known as a chef's favourite, the brisket sliders ($15) include a lineup of three tiny (though not that tiny) burgers. Pickles, caramelized onions, cheese and garlic mayo are slathered between the mini buns while a bit of extra brisket and cheese sit on top. 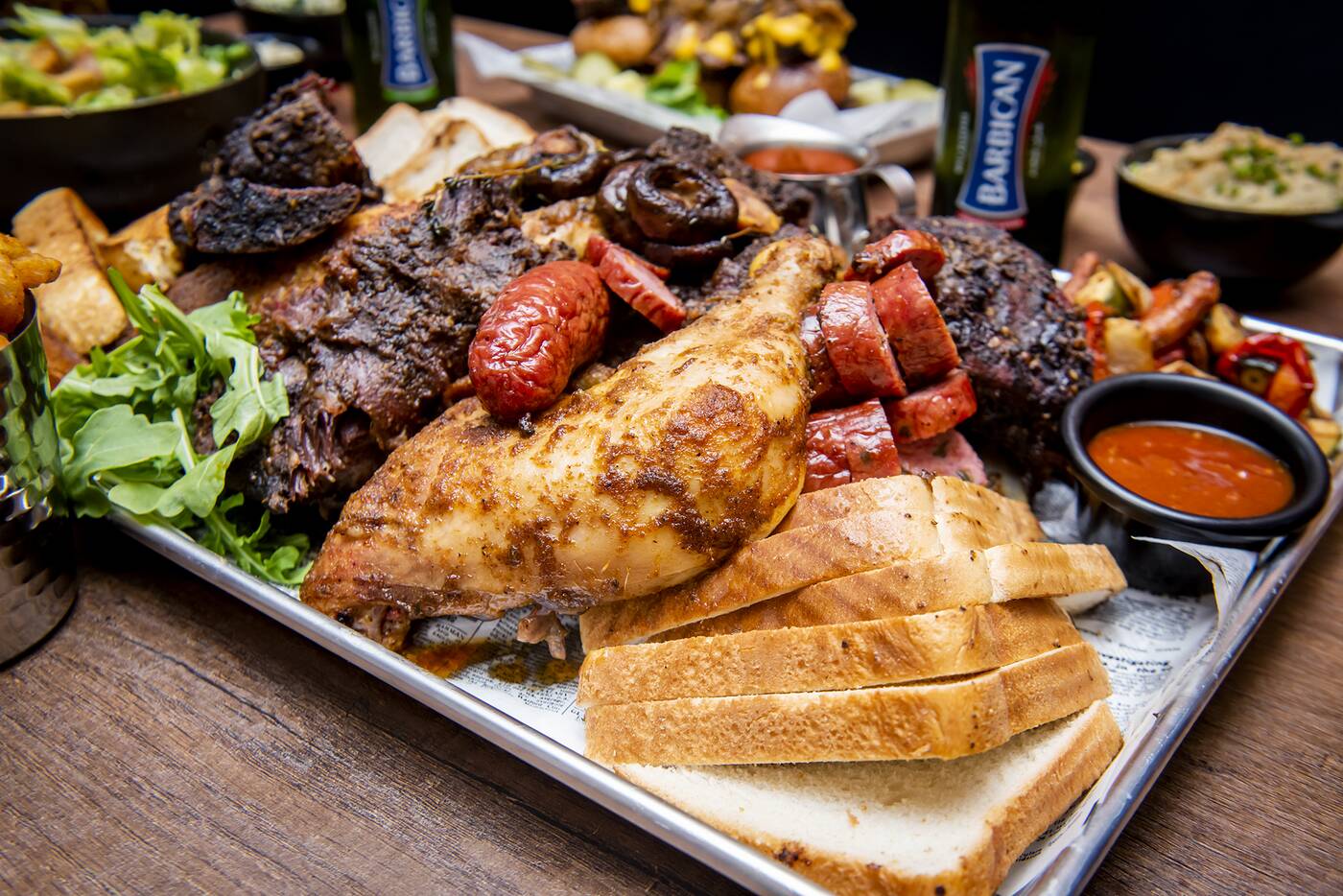 You also have your choice of platters with four options on the menu. The Whole 9 Yards ($125) is a literal feast on a pan. The one-pound brisket, one-pound short rib, one-pound beef back ribs, half a rotisserie chicken and sausages are meant to feed four to six people. 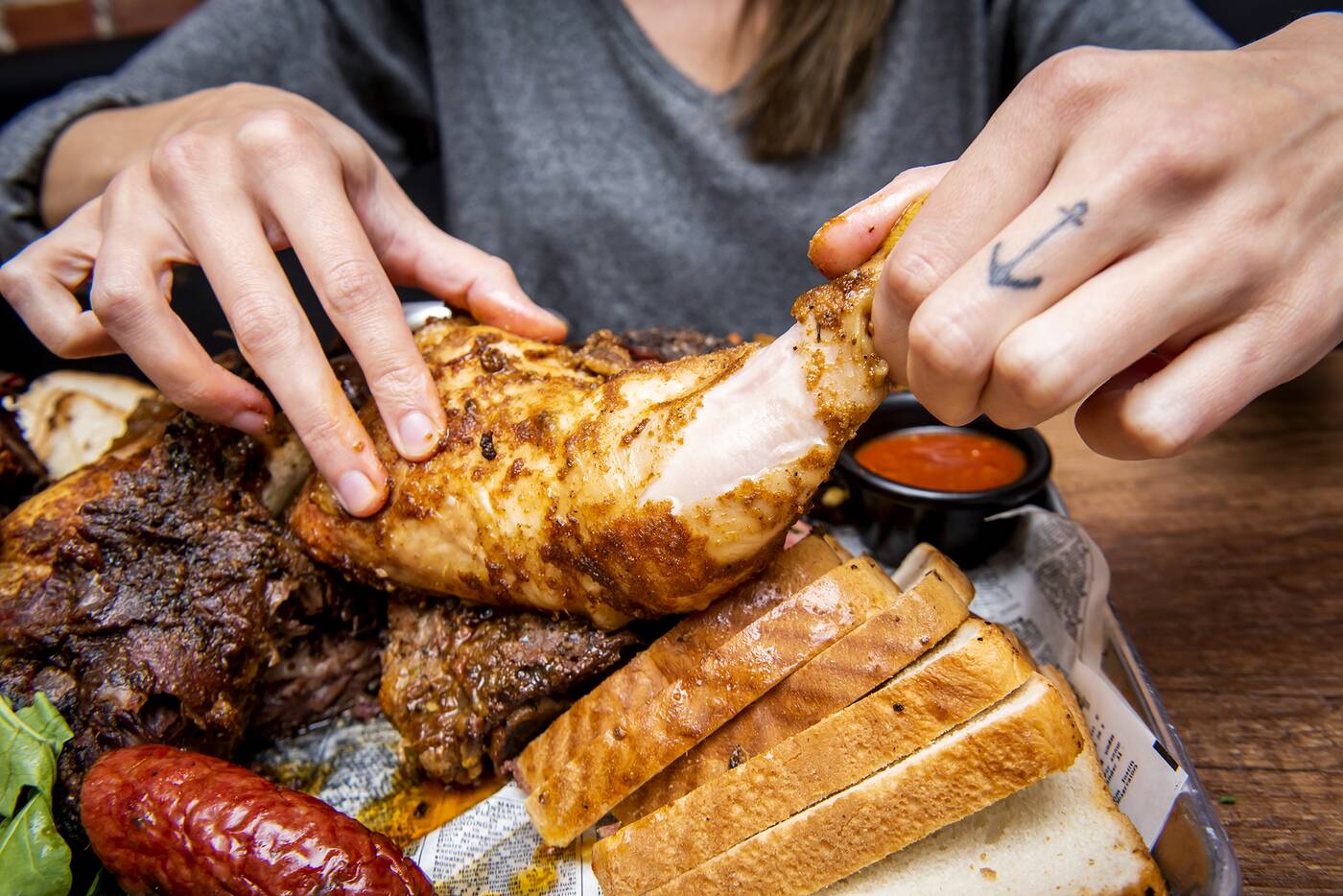 Though it's hard to imagine even six people being able to polish off all the food in front of me. 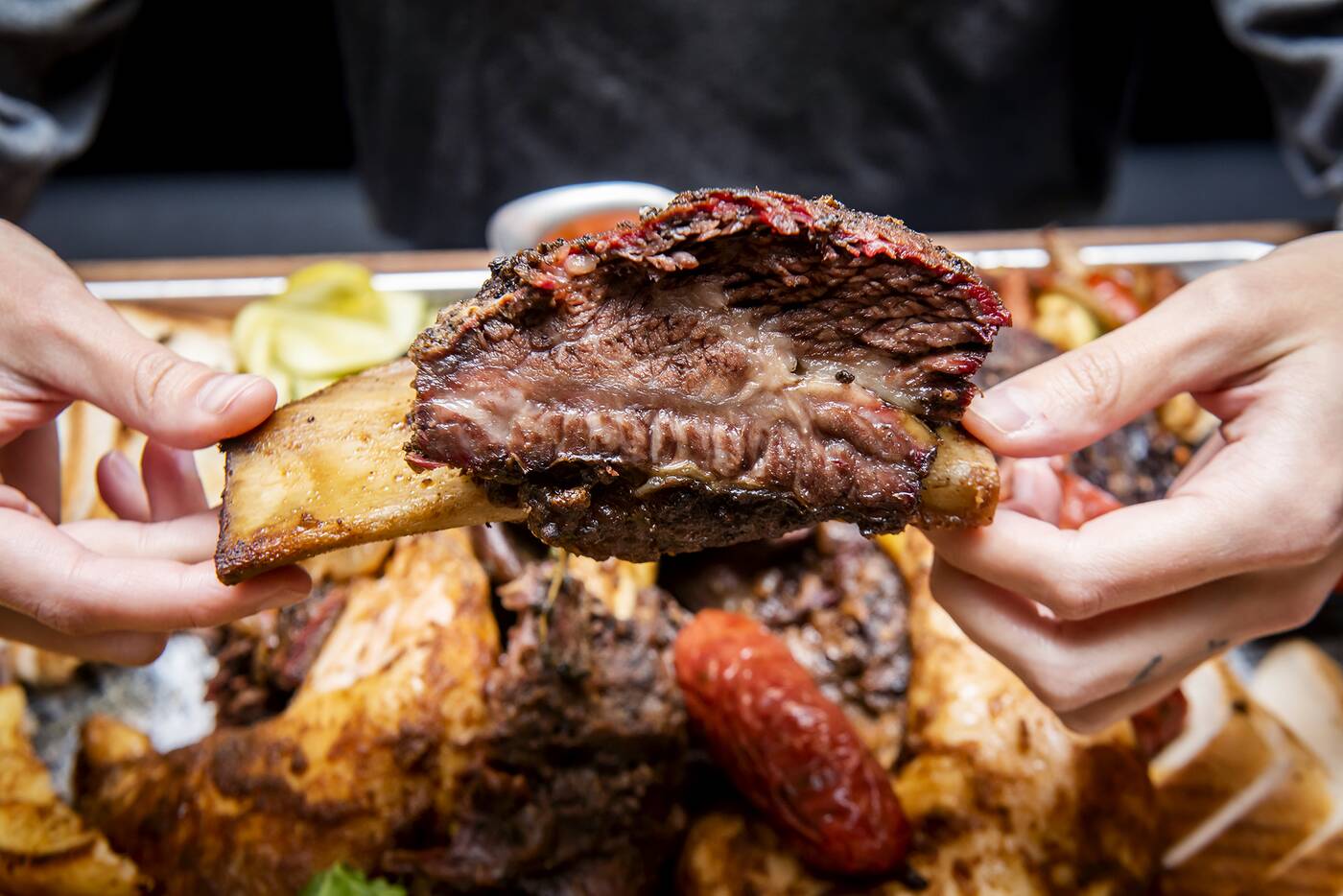 The chicken comes with a really nice smoky flavour after just a couple-hour stay in the smoker, though the brisket goes a little hard on the salt. 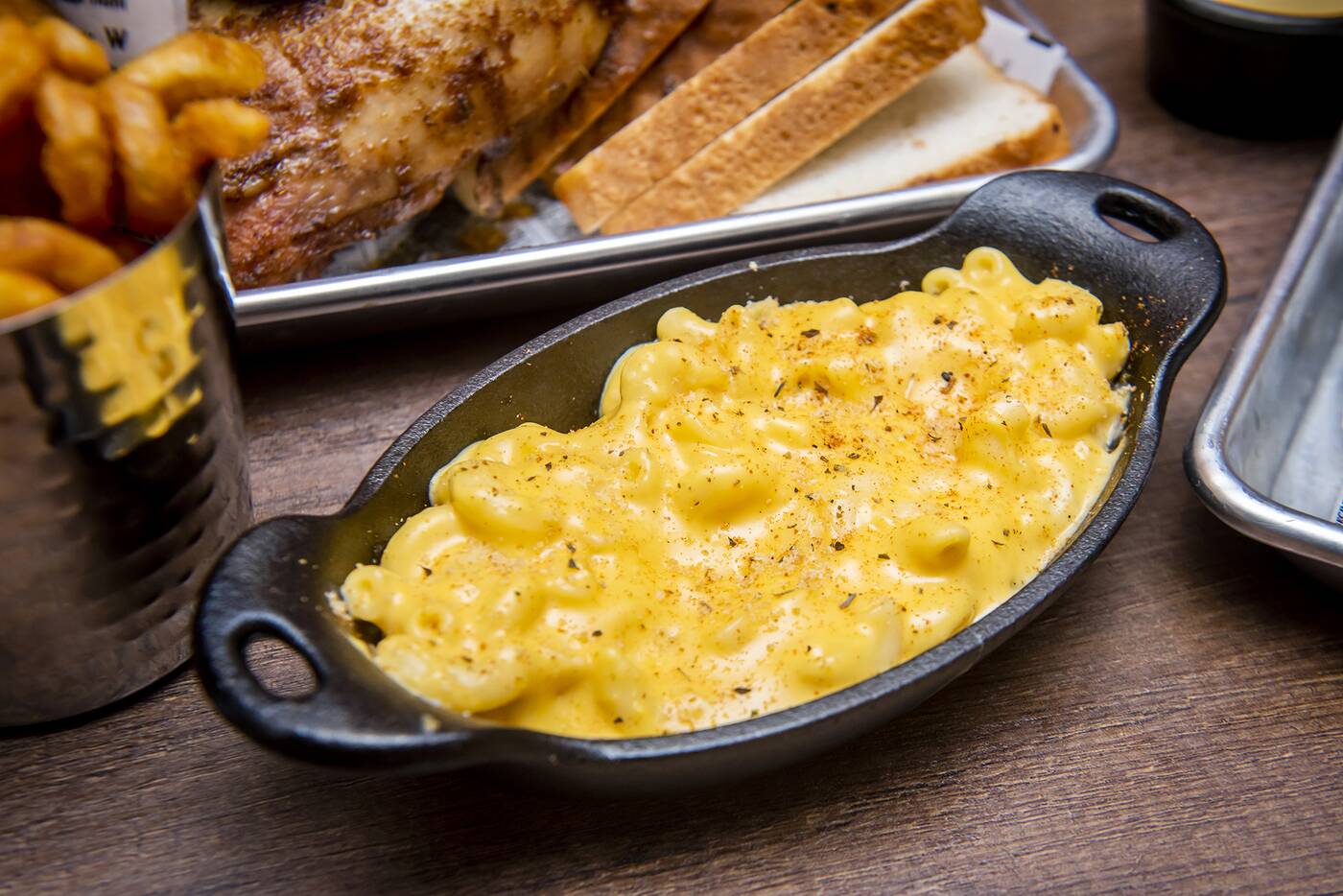 The platter is also served with either cornbread, garlic bread or Caesar salad and your pick of three sides with options ranging from mashed potatoes and curly fries to mac 'n' cheese and deep-fried pickles. 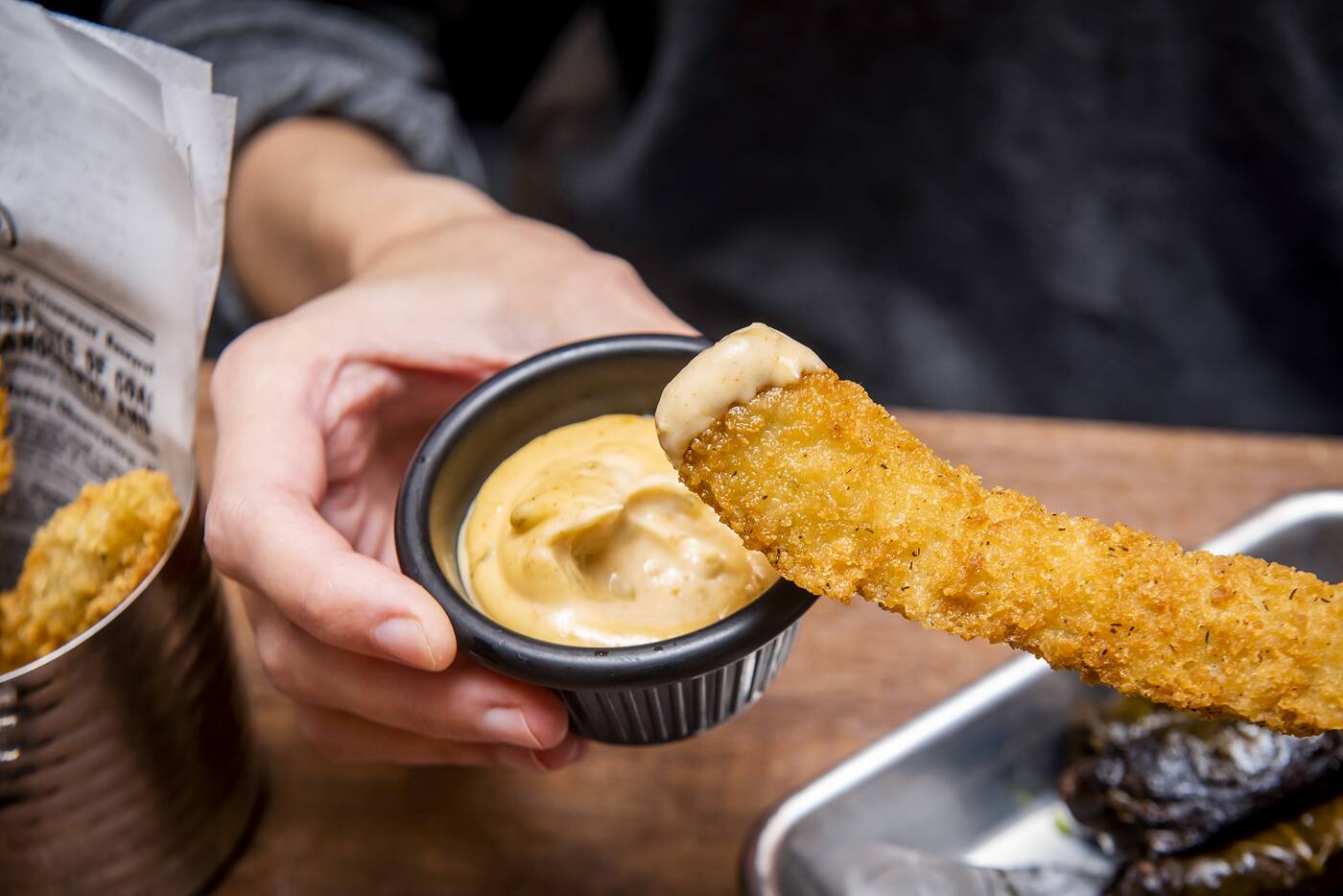 The pickles ($4) are an exciting addition to see and feature a nice crunchy batter. They taste best dipped in one of the many sauces like chipotle, garlic mayo or cheese sauce ($1). 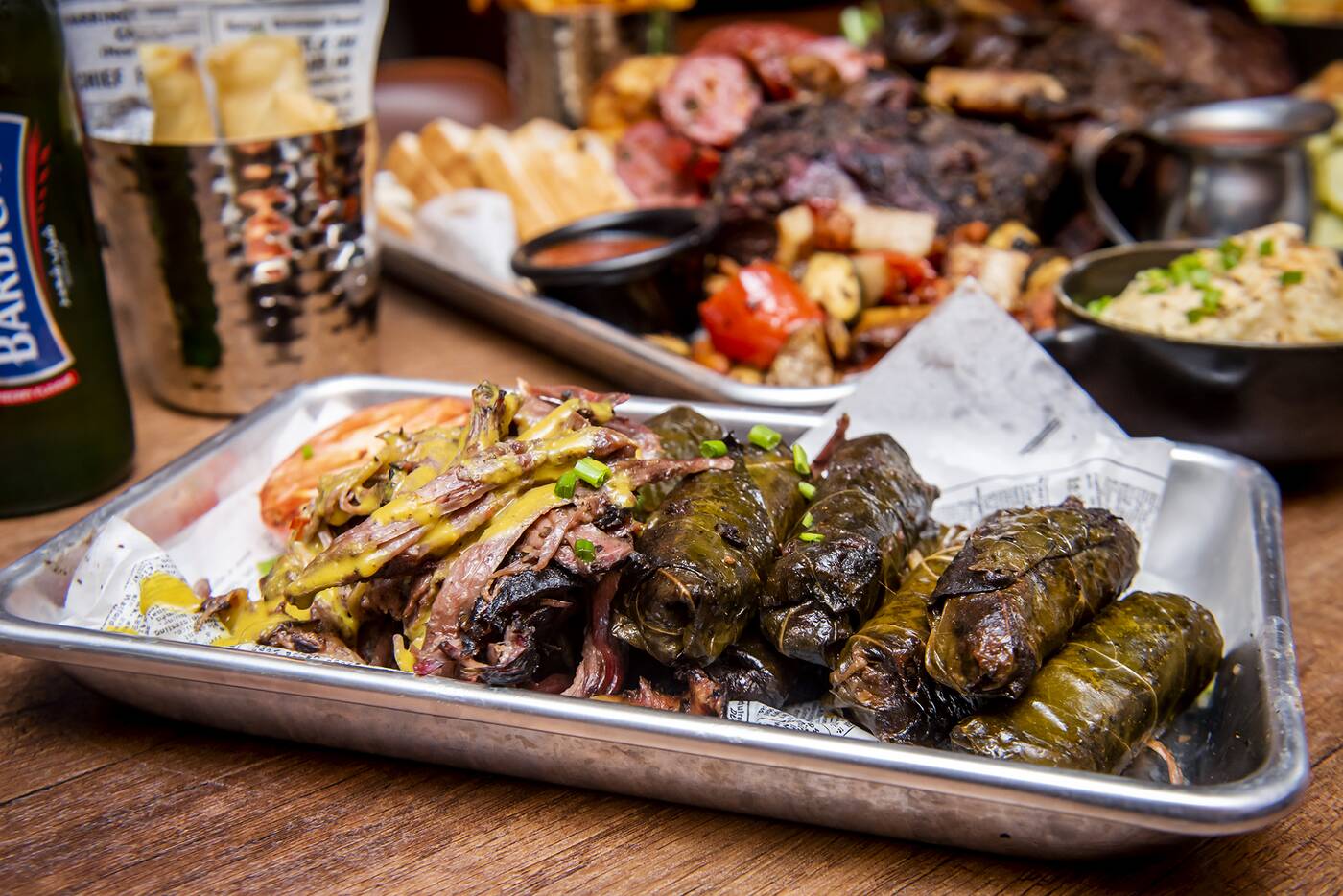 Similar to Eggstatic, whihc has a strong Middle Eastern backbone to many of the dishes due to Awwad's Palestinian background, a bit of that same flair can be here like with the dolma, another of the possible sides.

The Backyard Smokehouse right outside of Dupont station is a place to come for a feast. You have to make sure you're sufficiently hungry if you're going to appreciate all the platters and juicy burgers have to offer. 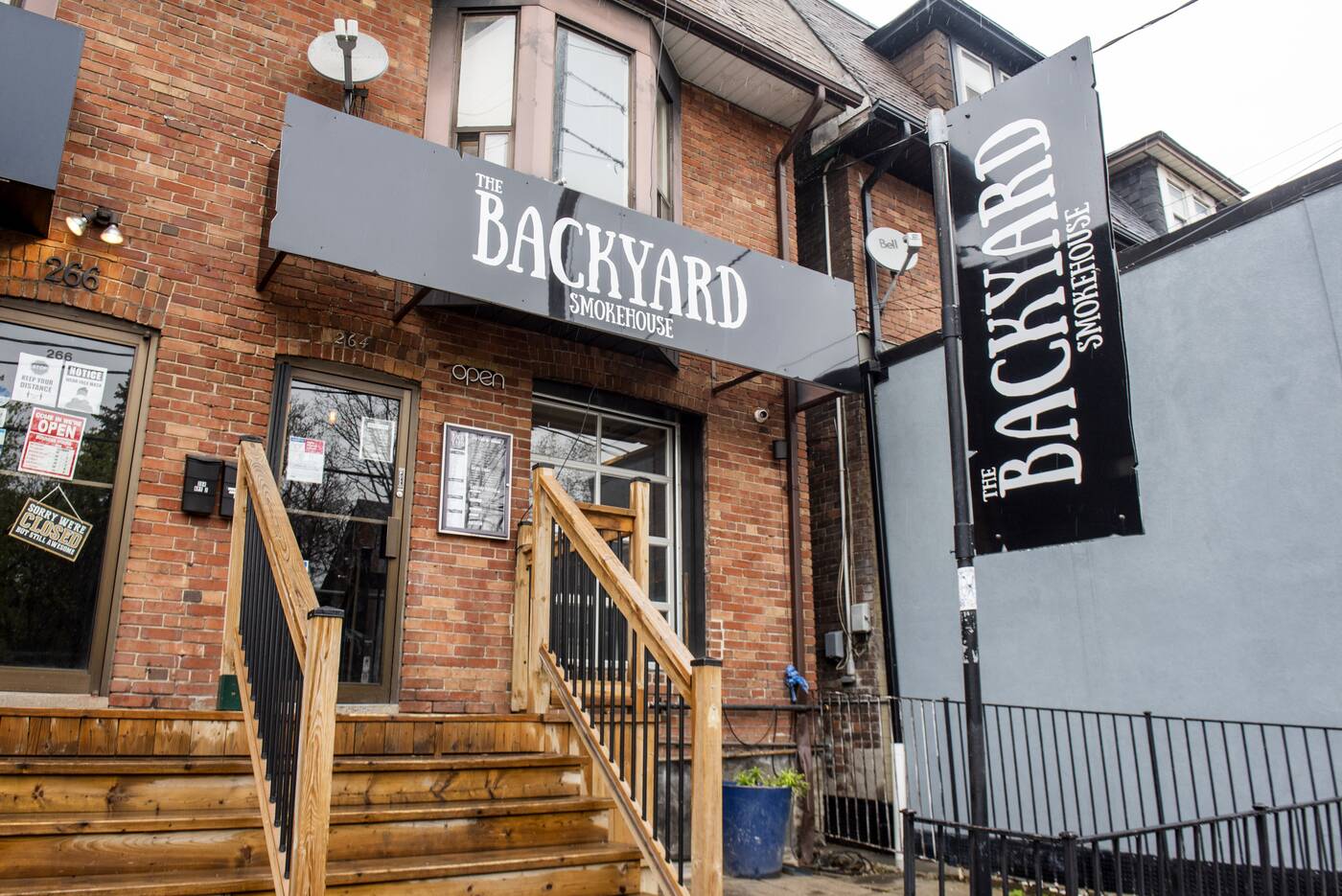