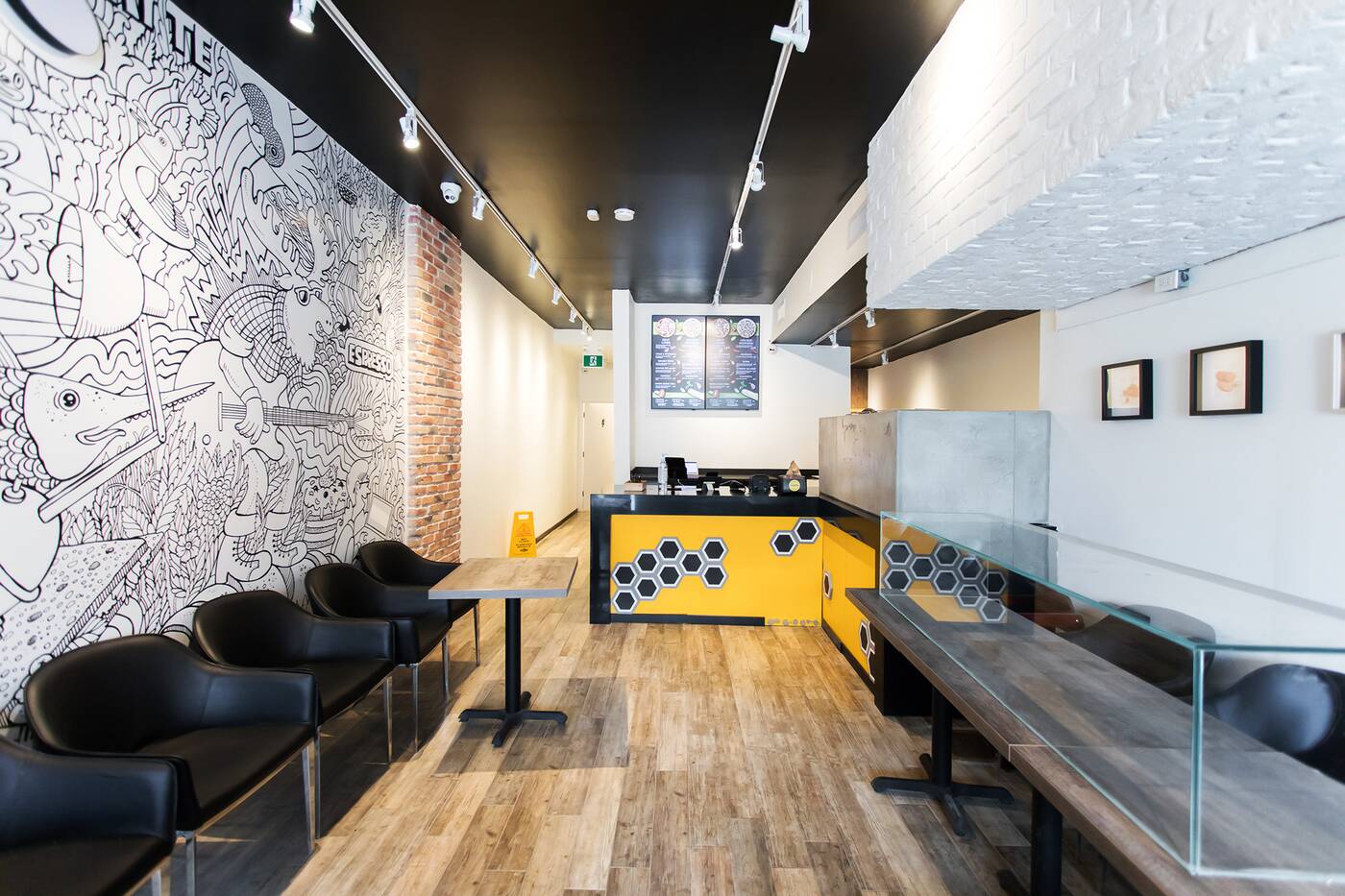 The spot on Yonge Street served a brief stint as an Oliva Cafe location before transforming into a pizzeria. The black and white mural on one wall is a remnant of the old coffee shop. 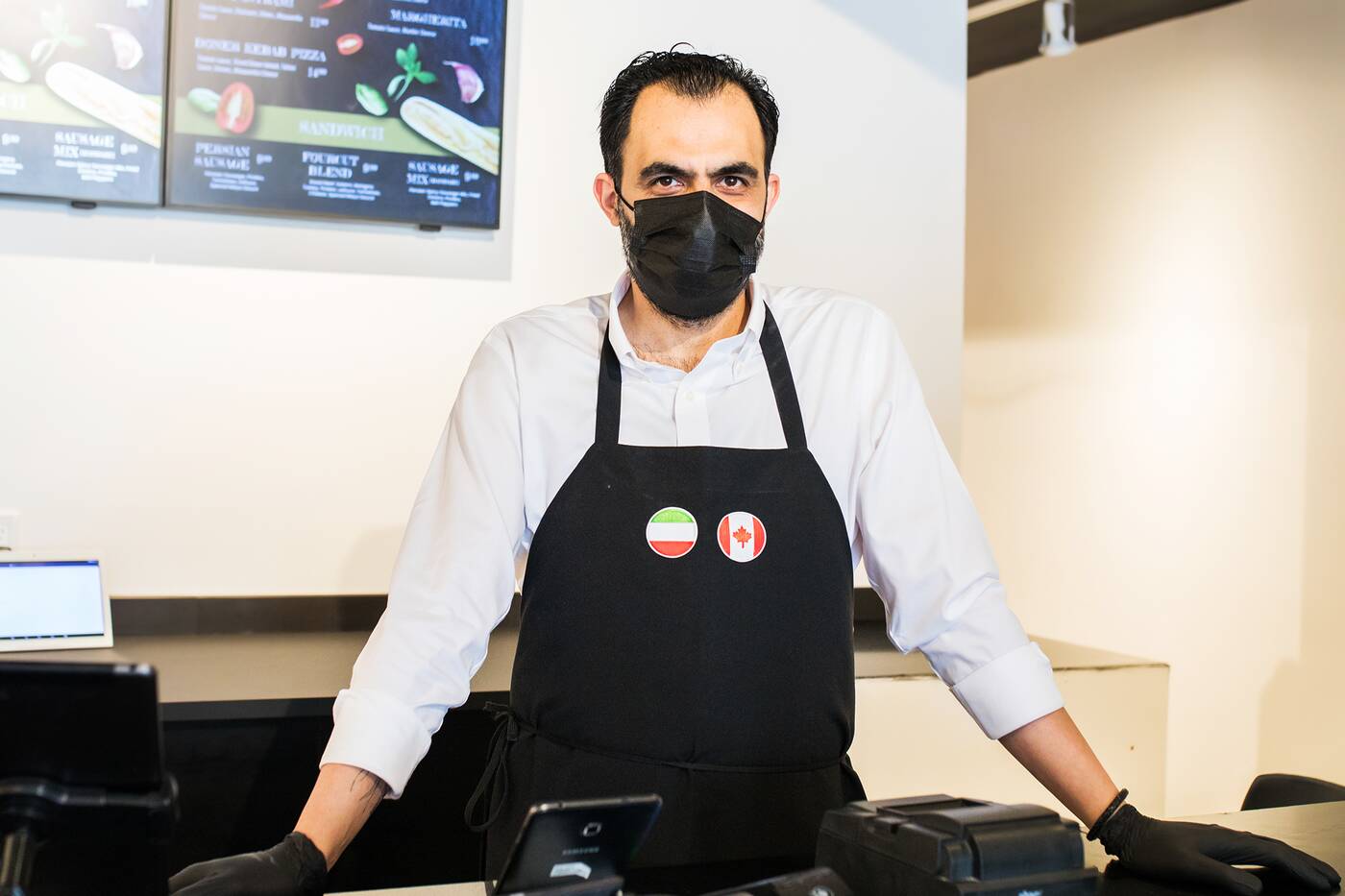 Siamak Masoumi opened the spot with friend and business partner Danial Khakbaz to bring a slice of their home country Iran to Toronto.

While Khakbaz handles the business side of things, Masoumi does the cooking, having earned his stripes at culinary school in Iran and Turkey before moving here in 2018. 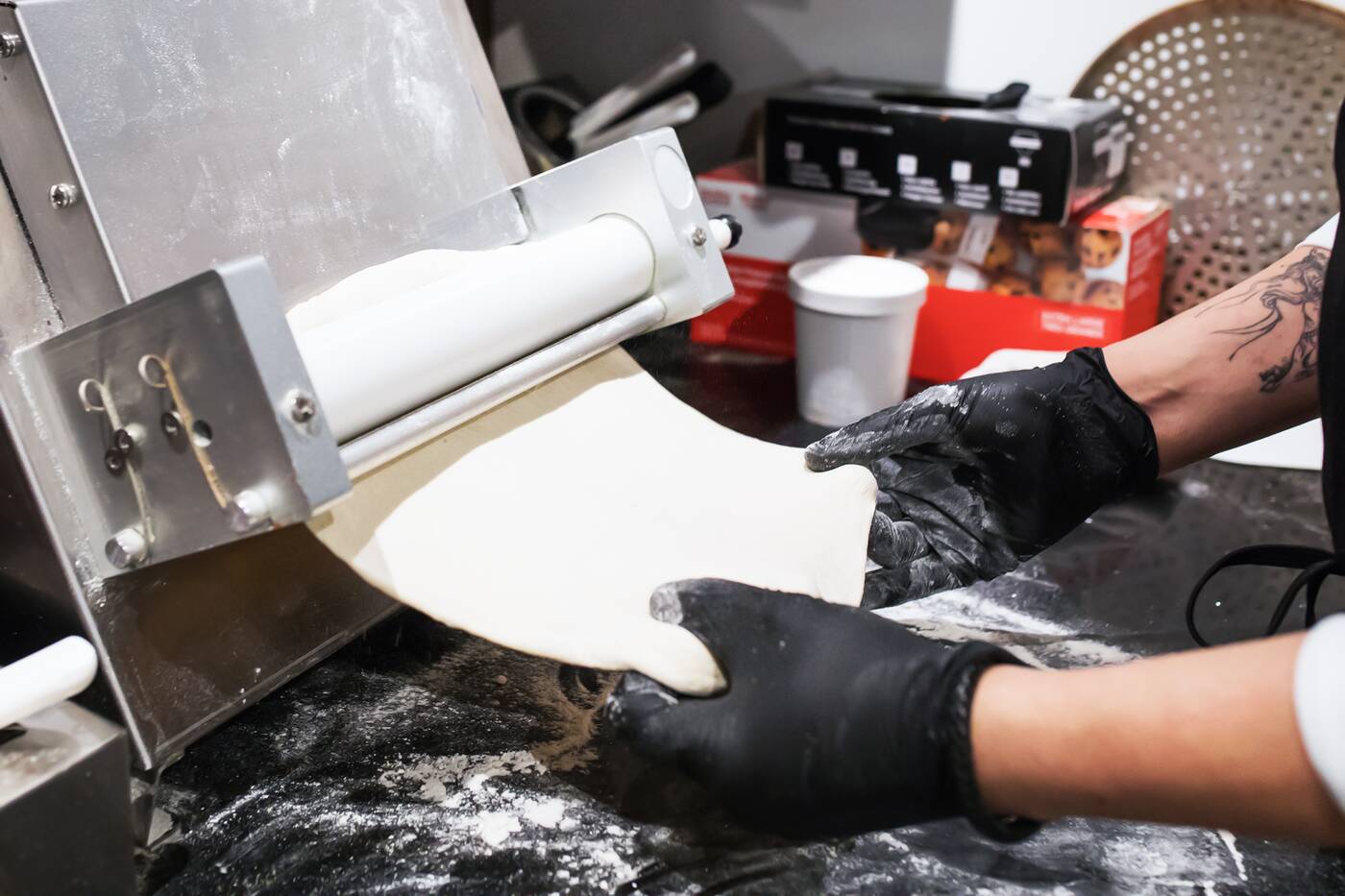 Although loaded with Iranian herbs and spices, the pizzas are made a bit different than in Iran, where Masoumi says Chicago-style deep-dish is easily the most popular. Masoumi instead creates a thin crust pizza from the 24-hour aged dough to make a pie that's slightly kinder on the digestive system. 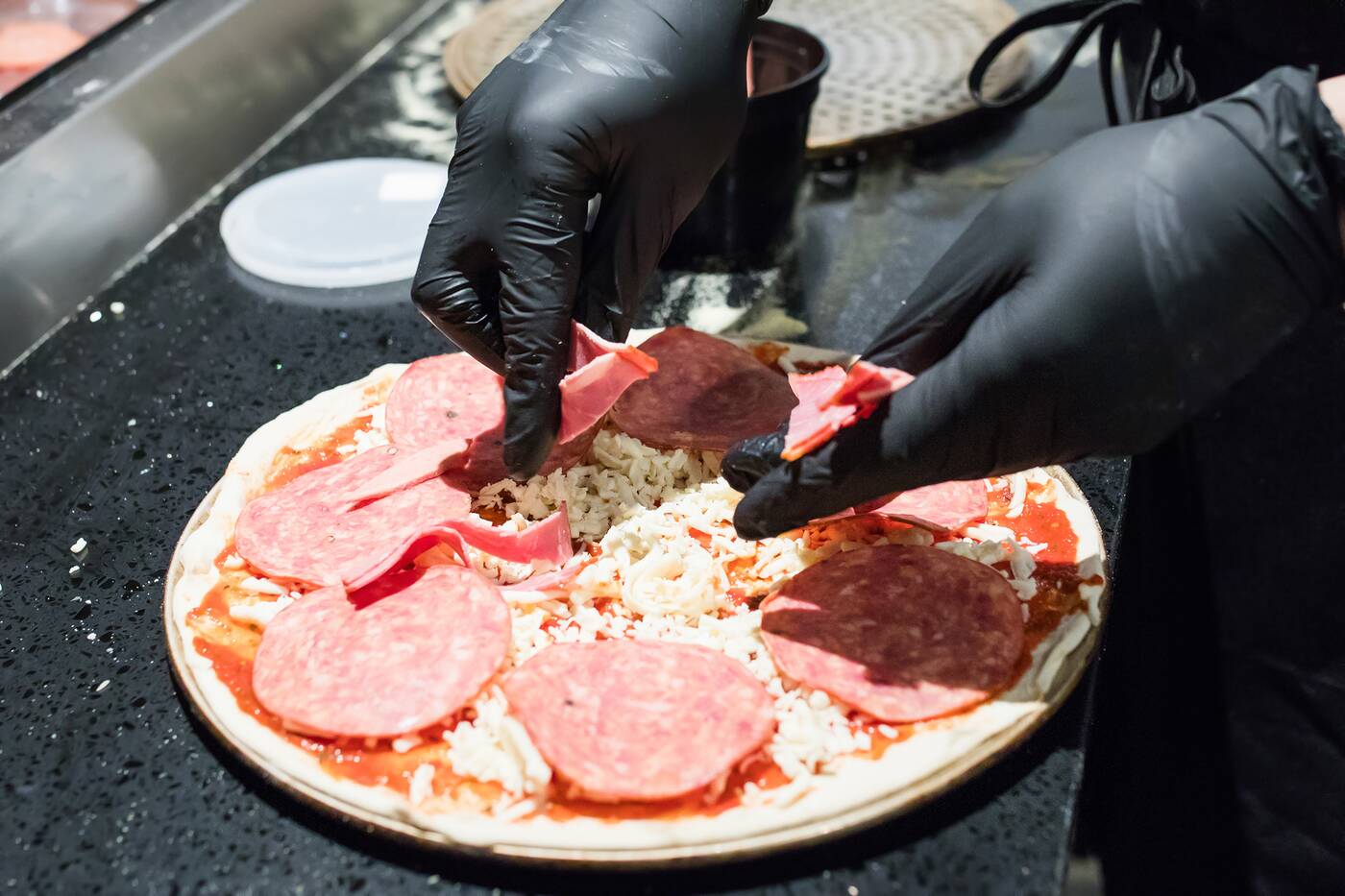 The tomato sauce is prepared by Siamak with a mix of tomato puree, garlic, pepper, herbs and spices while mozzarella cheese is generously sprinkled before and after the other toppings. 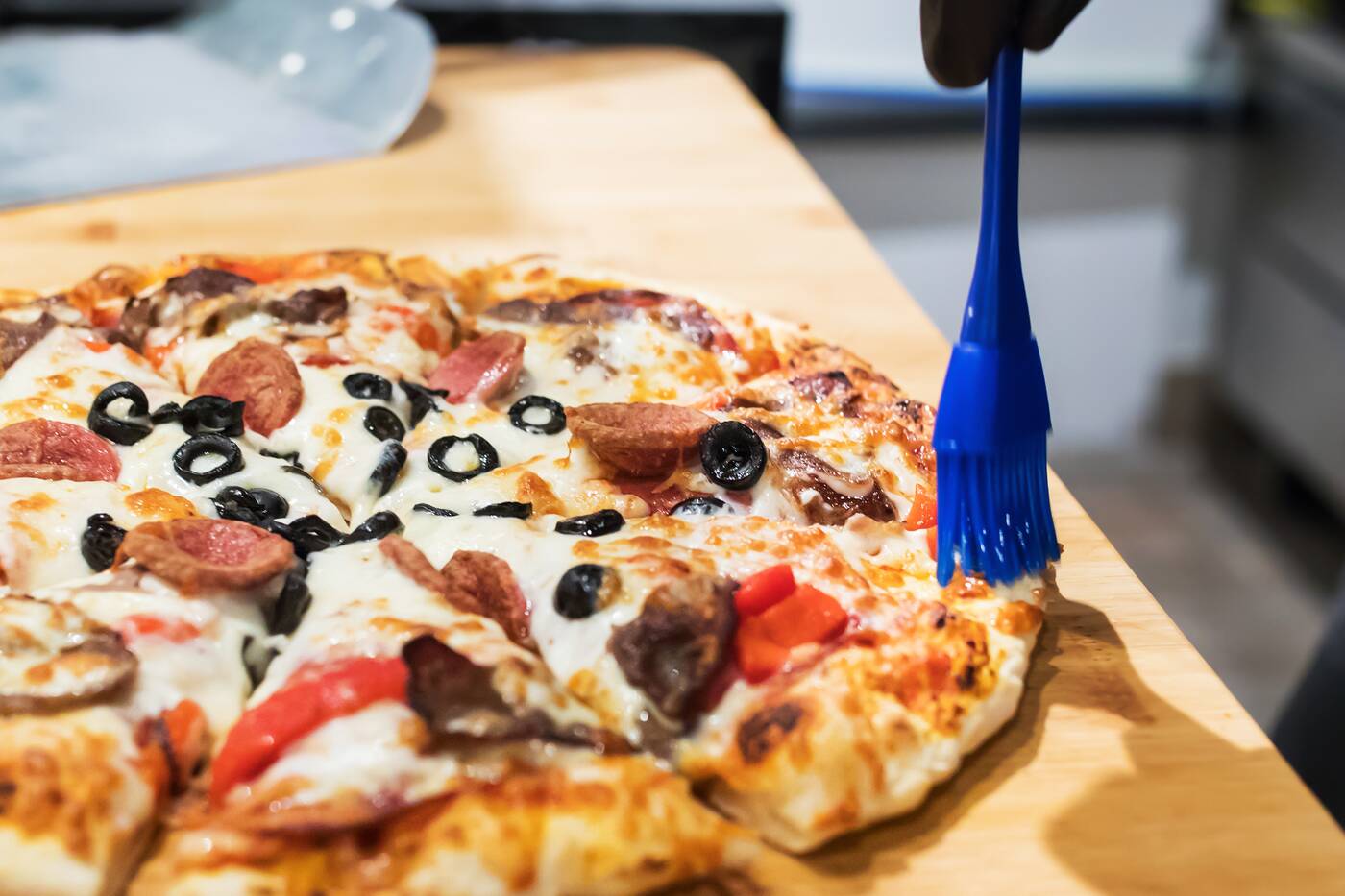 A 12-inch pizza – like the best-selling meat lover ($14.99) that has salami, steak, olives, bell peppers and Persian sausage – is fed into an electric pizza oven set to a low 280 degrees celsius as to not burn the thin crust, sending it out the other side on its conveyor belt in three minutes.

The crust is brushed with olive oil and herbs once it comes out. 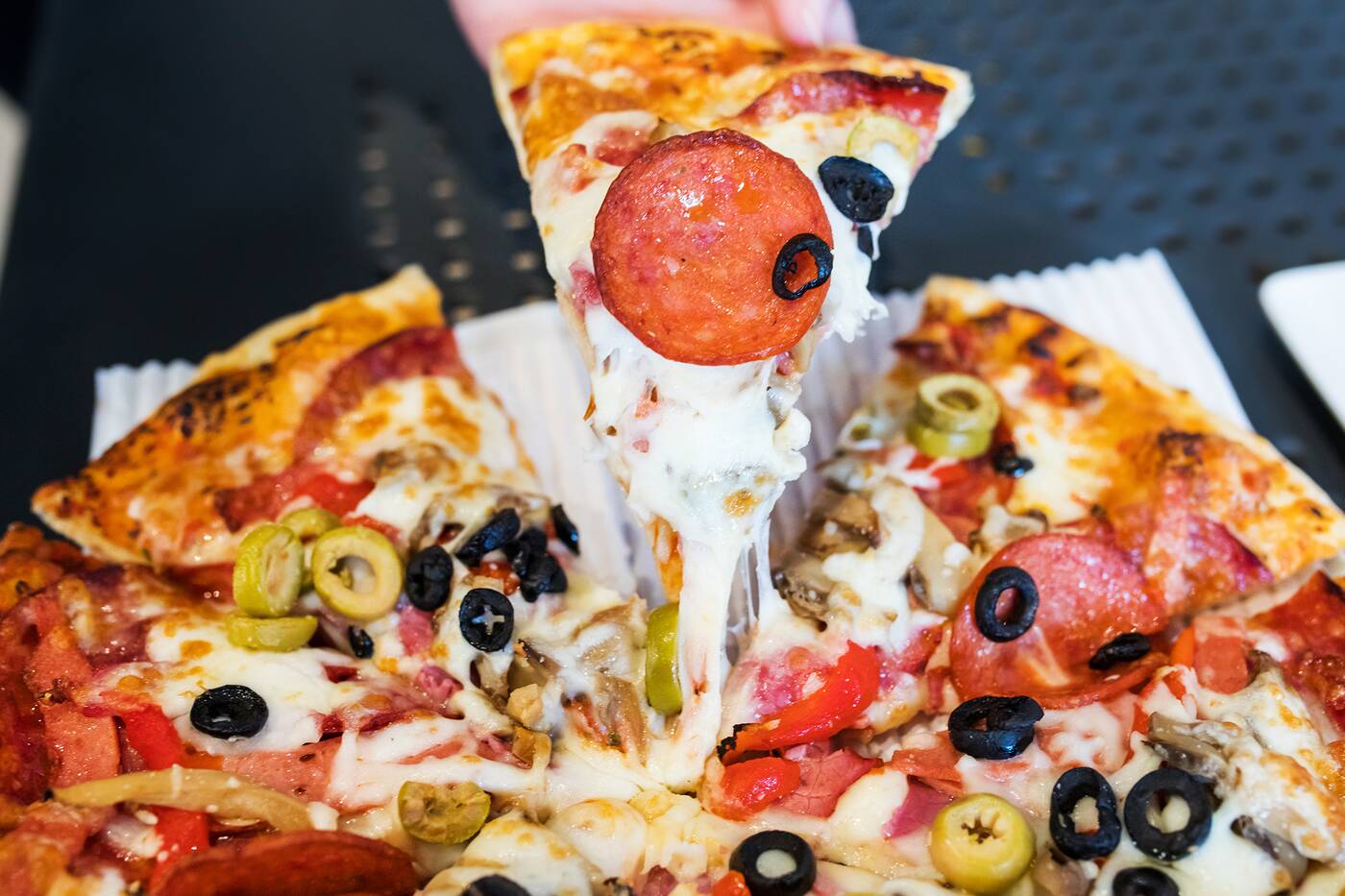 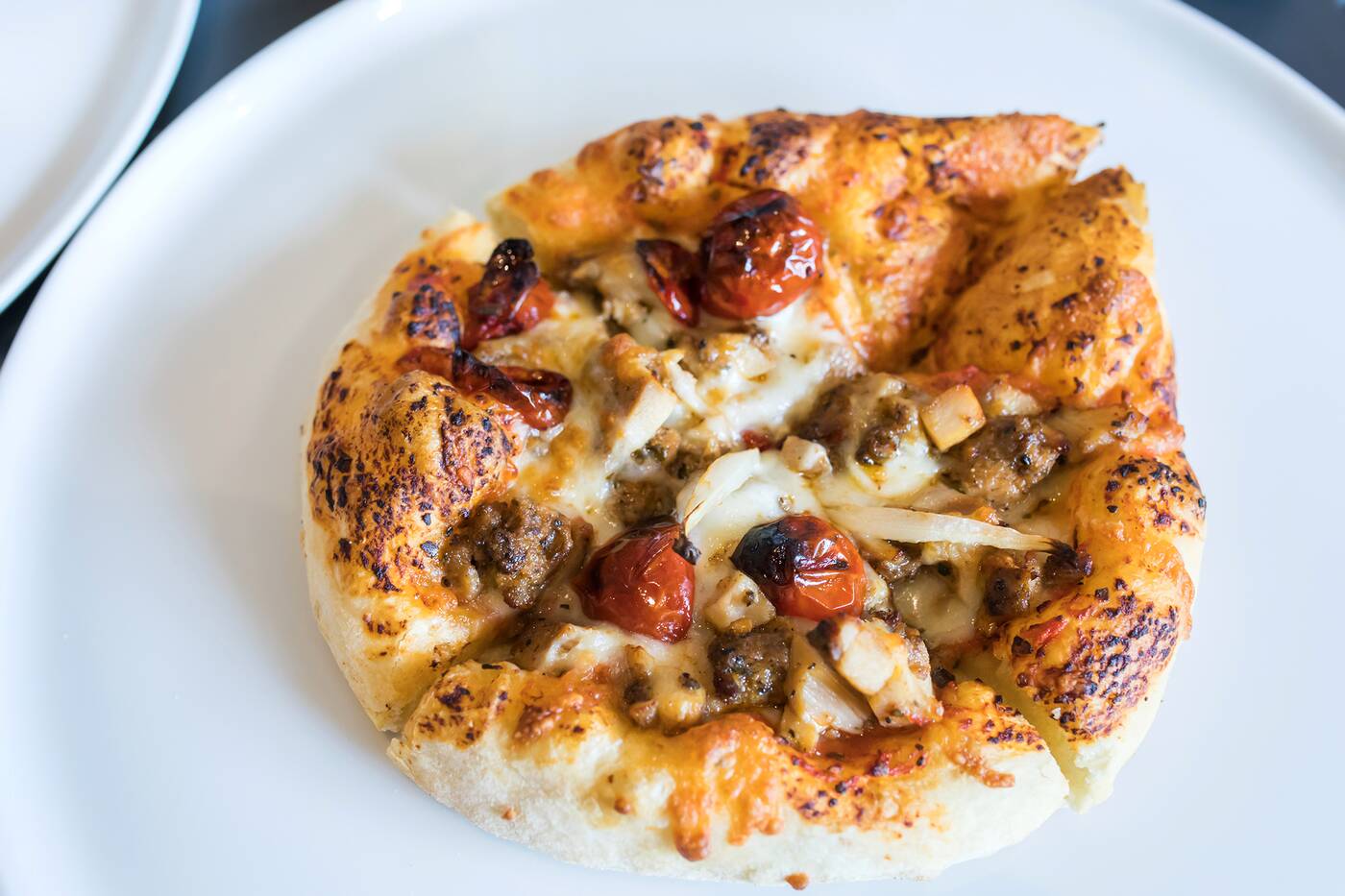 They also have a few different five-inch pizzas for those who are looking for a more personal portion. The chicken shawarma is available in both sizes (12-inch: $11.99, 5-inch: $4.99) and comes with sliced chicken kebab, onions and cherry tomatoes. 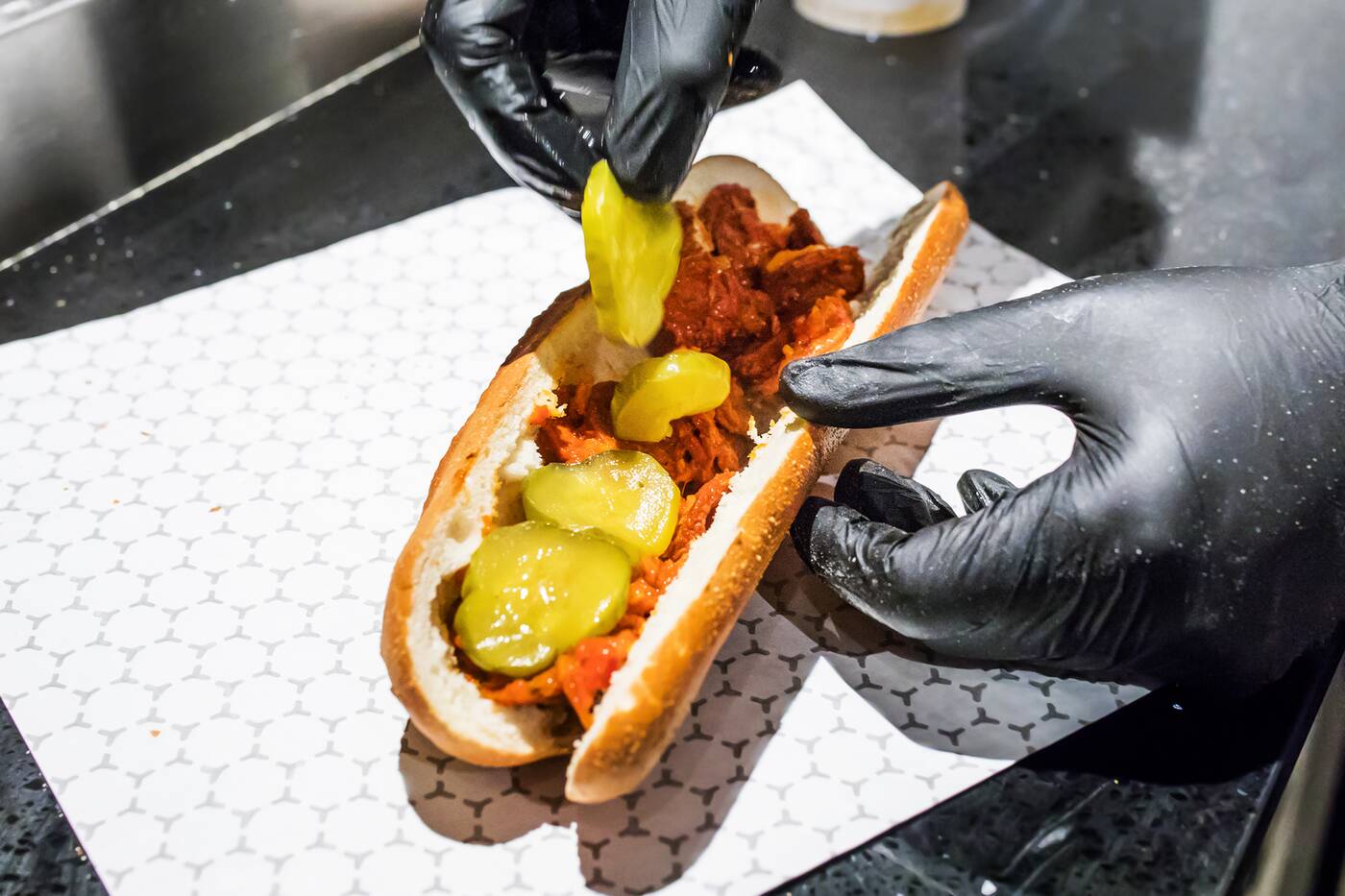 Three sandwiches are also on the menu, like the sausage mix ($9.99). Also known as the bandari, it's made with sausage, tomato sauce, fried onions and bell peppers in a baguette. The four ingredients are grilled together before being put on the freshly toasted bread and topped with pickles. 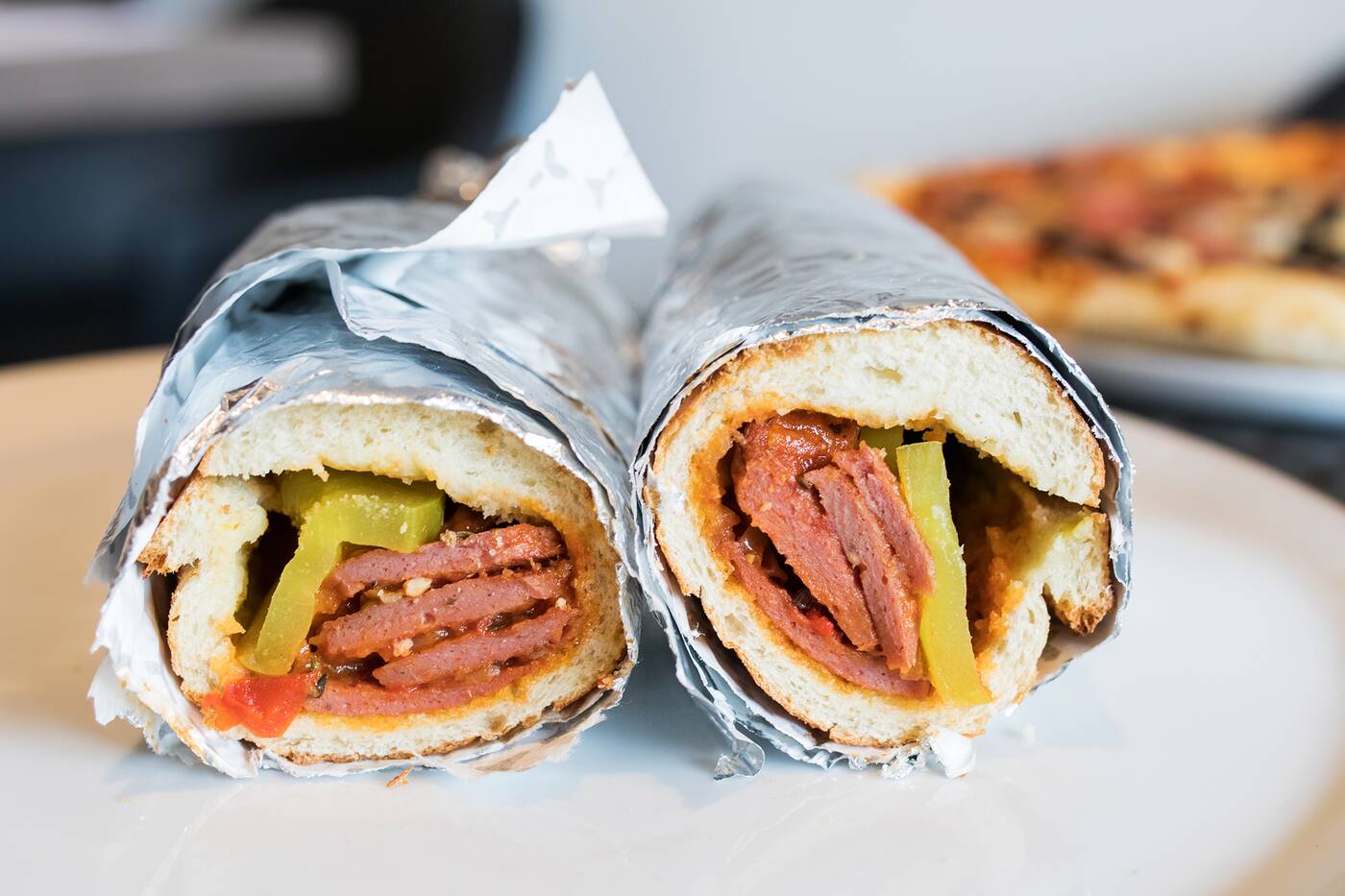 Potatoes are also usually added in Iran. I'm not sure why they've been excluded from the recipe here as I think they could've made a great addition. 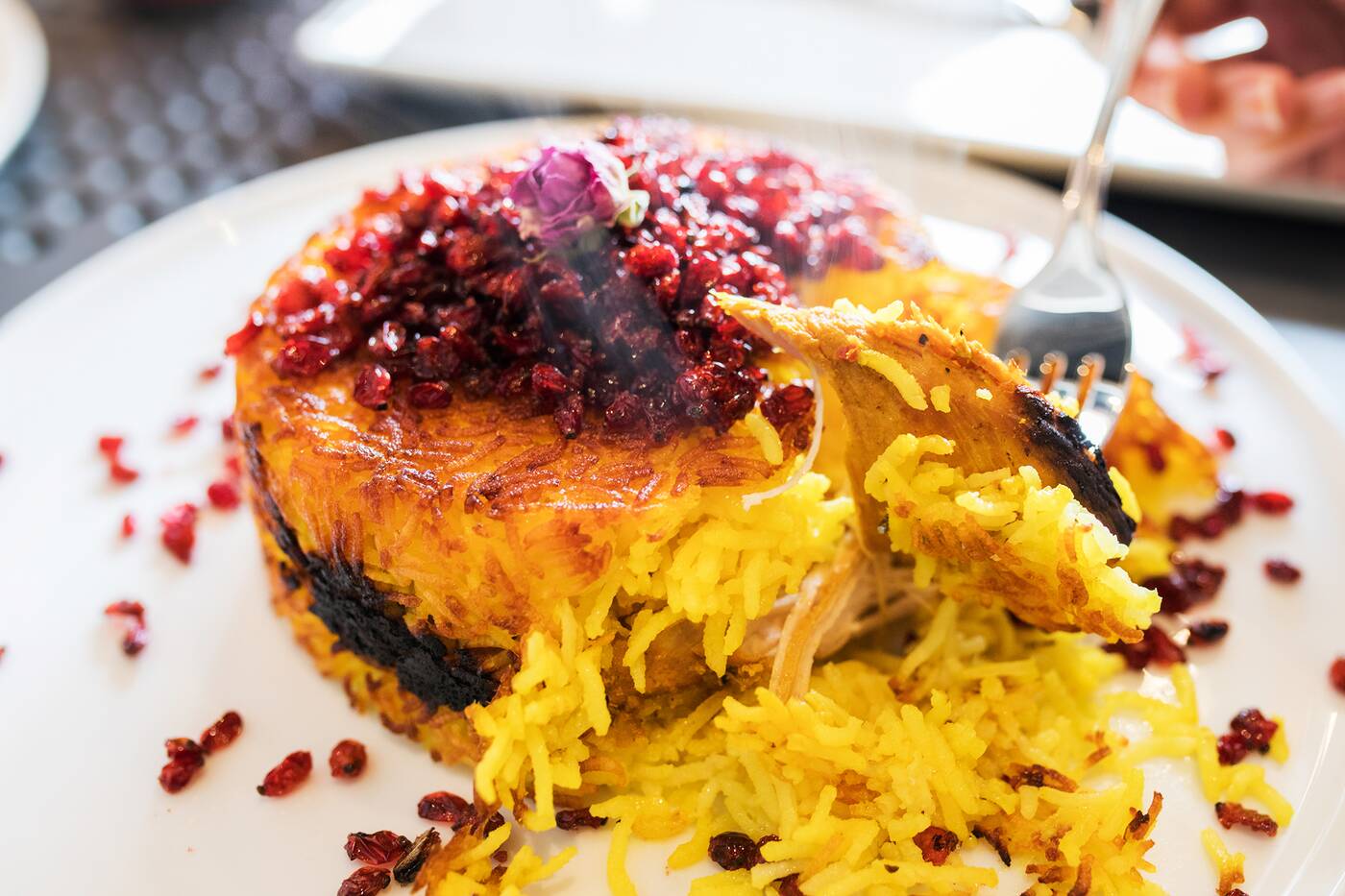 Although not available for takeout, they usually also have crispy rice cakes. Zereshk polo ($14.99) is one of the most famous Persian dishes. The subtly sweet bed of rice comes piled with barberry and has chunks of chicken breast and saffron throughout.

Noon Eatery joins the long list of restaurants in the affluent neighbourhood of Yonge and Lawrence, providing a few Persian flavours to your regular lunch items. 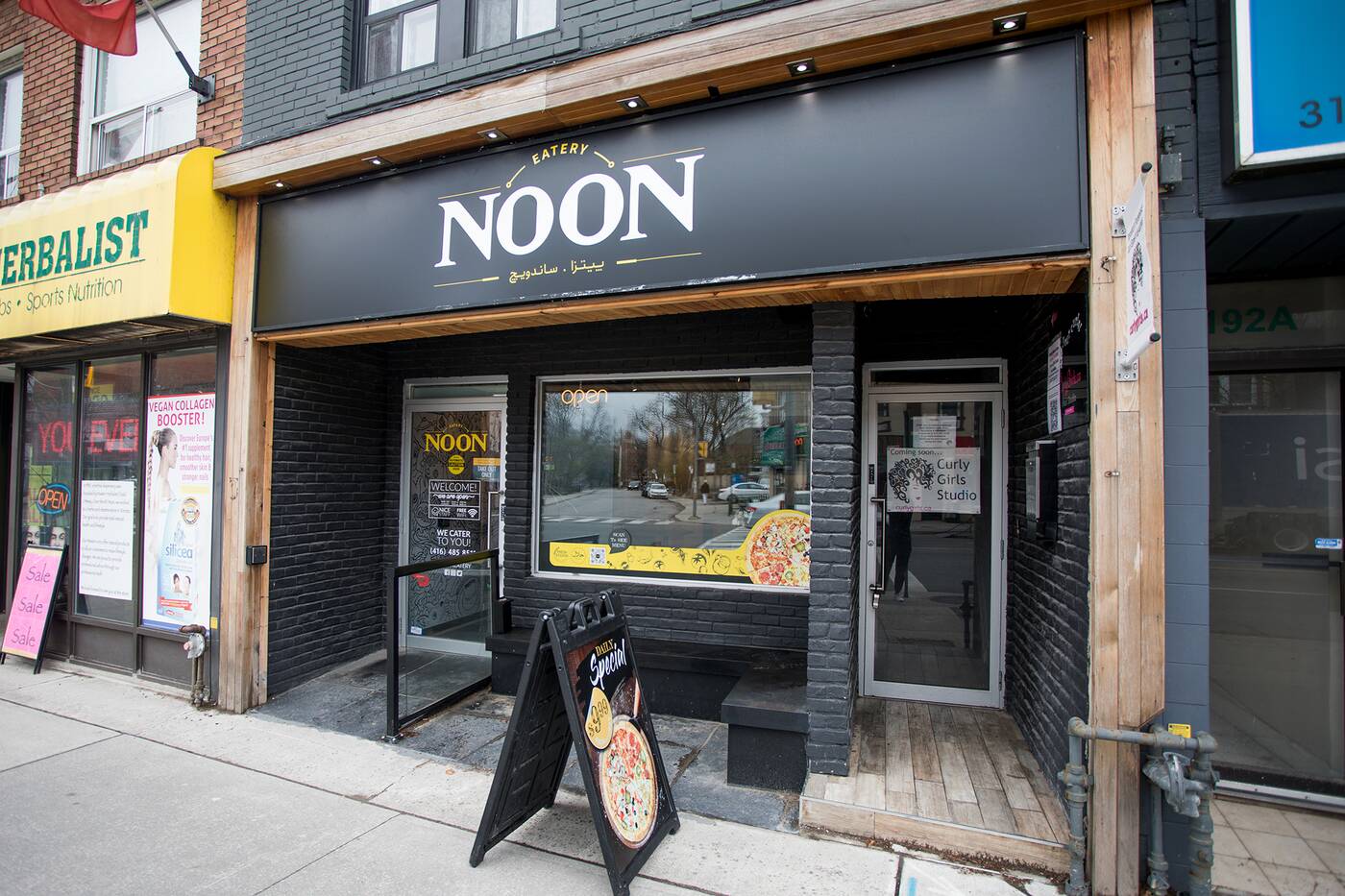