8Mile Pizza serves up Detroit-style pizzas in the heart of Toronto.

The restaurant is actually a pivot from the team behind Mediterranean lunch spot Ooshee Oven, which relied heavily on the downtown office crowd for business. With this takeout and delivery concept, they now have access to the entire city and dinner time appetites. 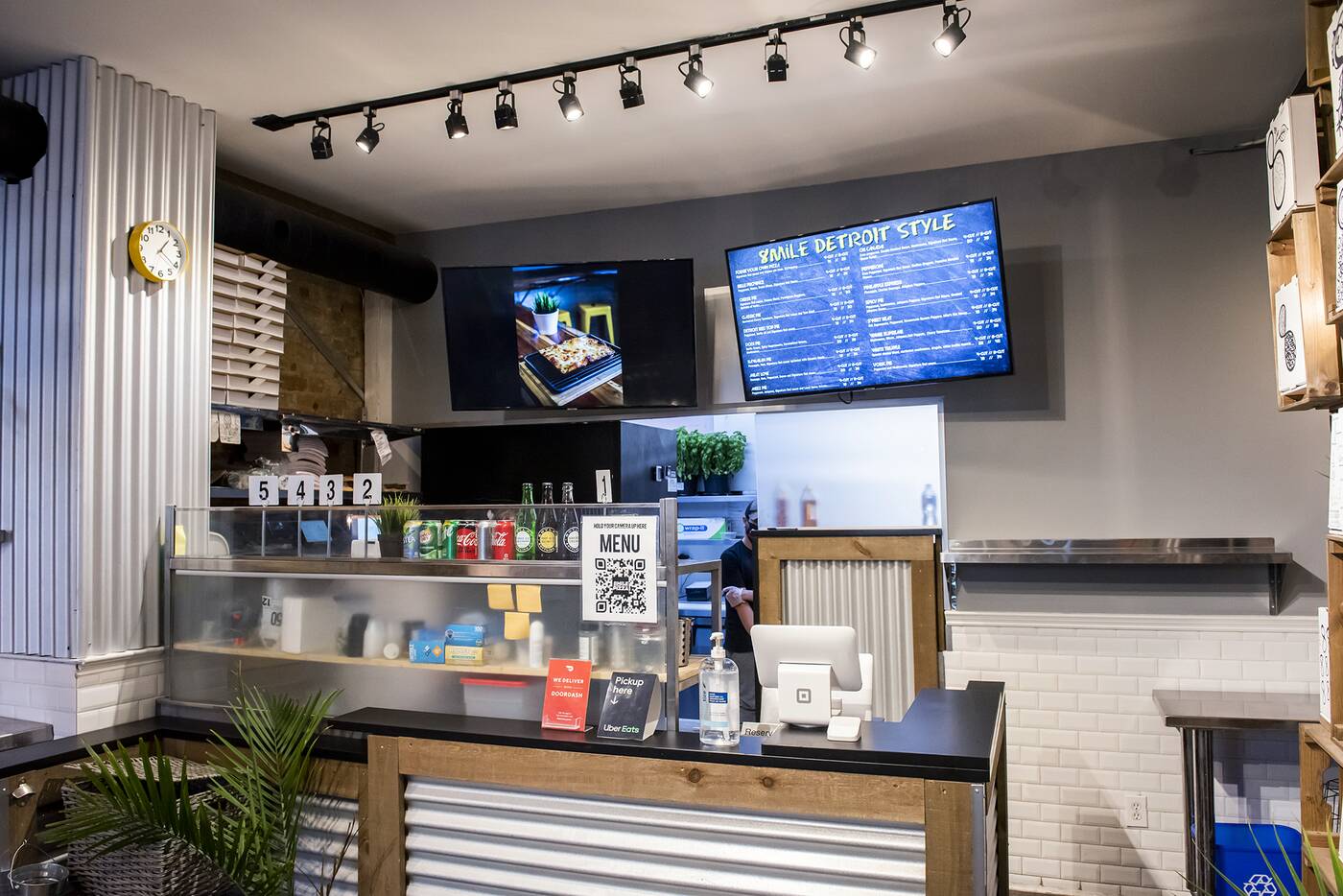 The pizza spot is run out of the same location where Ooshee used to be, with the same tiny patio and commercial oven.

Pizza boxes with drawings on them decorate one wall, each using the 8 mile logo in their design. There's actually a pizza box decorating contest every month to win free pizza. 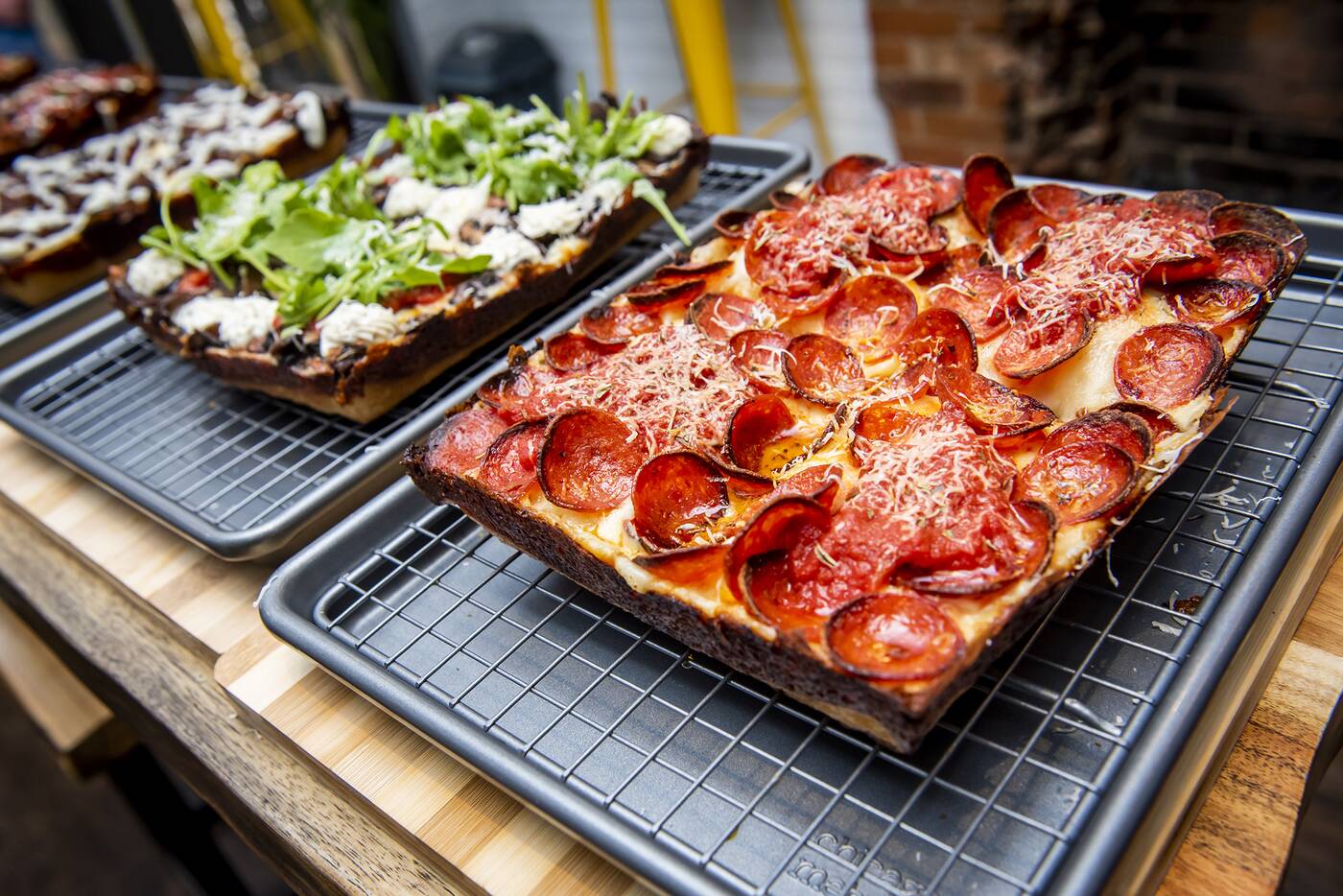 Dough is proofed overnight in blue steel pans sourced from the United States in the traditional Detroit style. They're modeled after trays auto manufacturers used to use in what's known as Motor City. 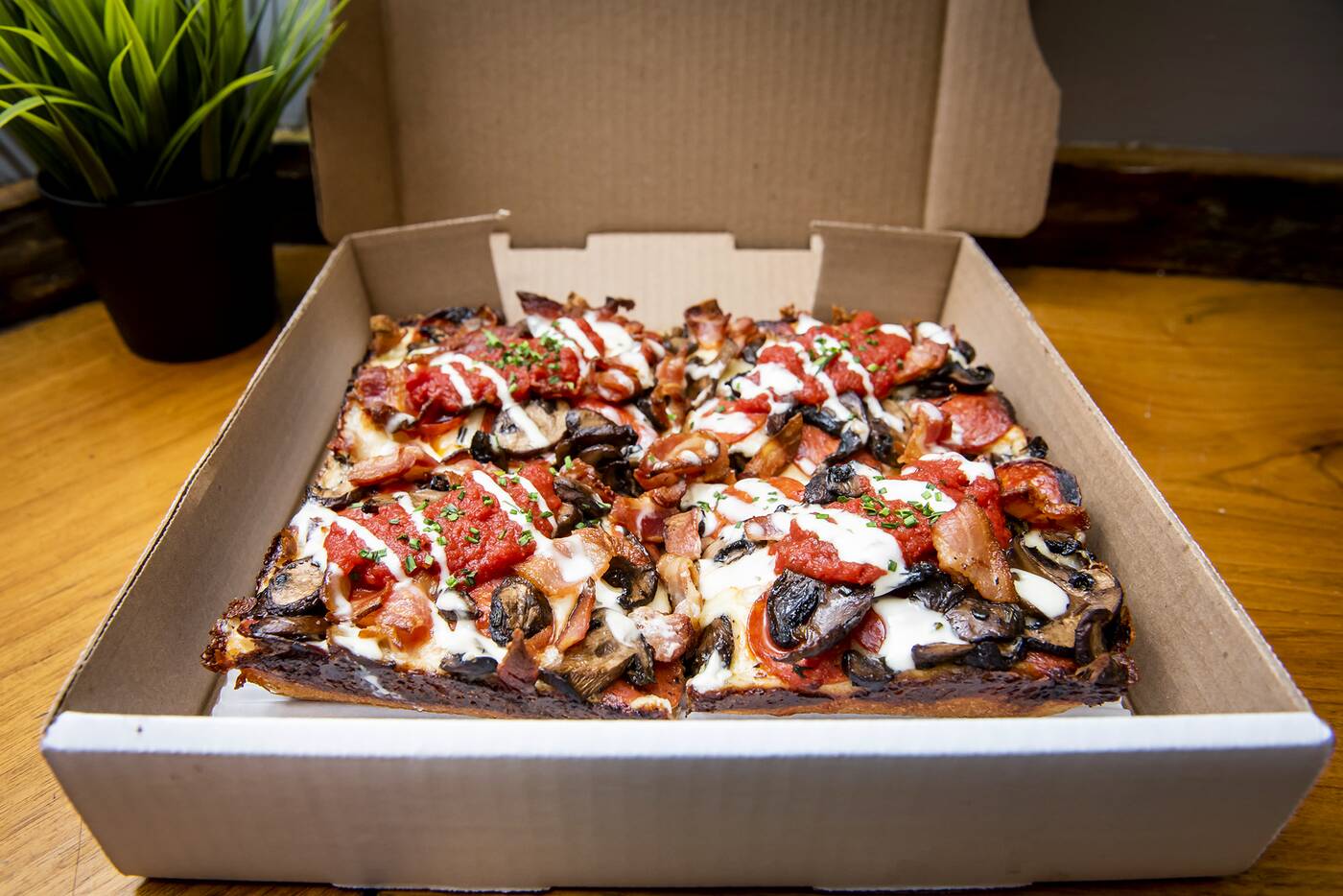 The cheese is a blend with different fat and moisture contents. After the usual Detroit fashion, toppings go on last along with dollops of a sweet sauce of fresh Marzano tomatoes, tomato puree, tomato paste and house spices. 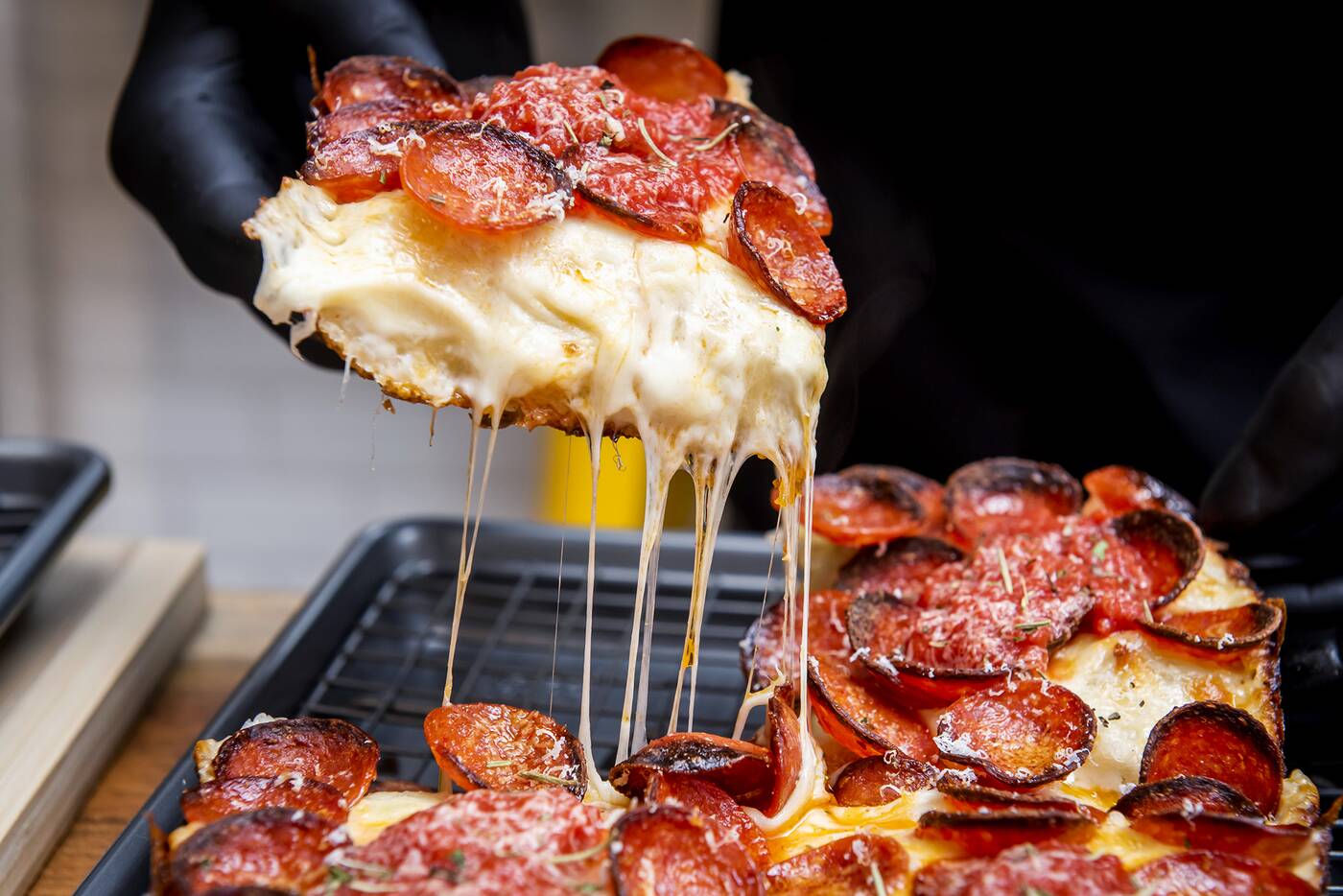 A Pepperoni is $18 for a substantial four-cut, enough to feed two easily. The fluffy, puffy crust is covered in lots of cheese and greasy, crispy Ezzo pepperoni, and has a nice crunchy "frico" (cheesy edge) with a concentrated cheese flavour. 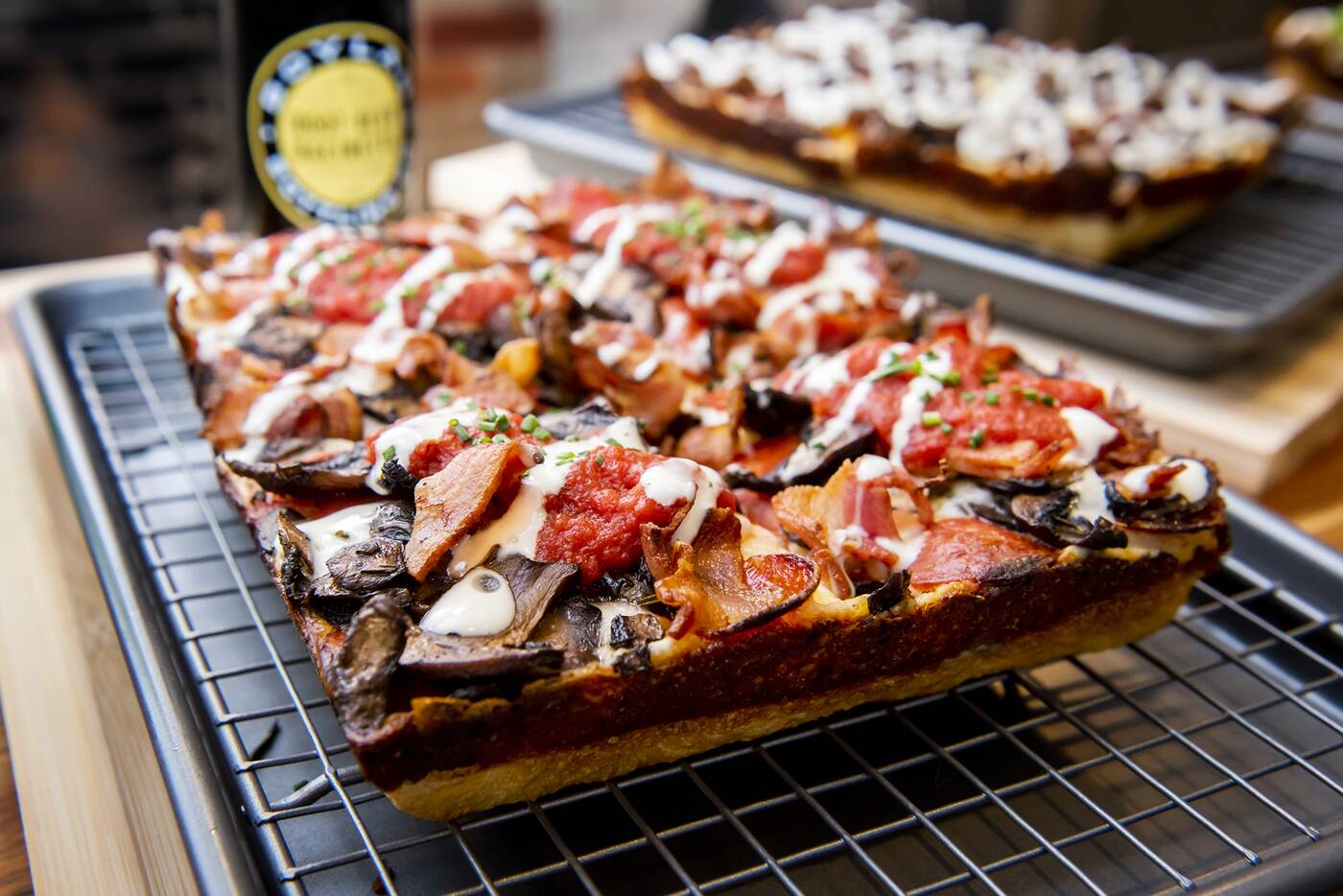 The Oh Canada! ($20 for a four-cut) is a take on the typical Canadian pie with pepperoni, double-smoked bacon, mushrooms and a drizzle of house ranch. 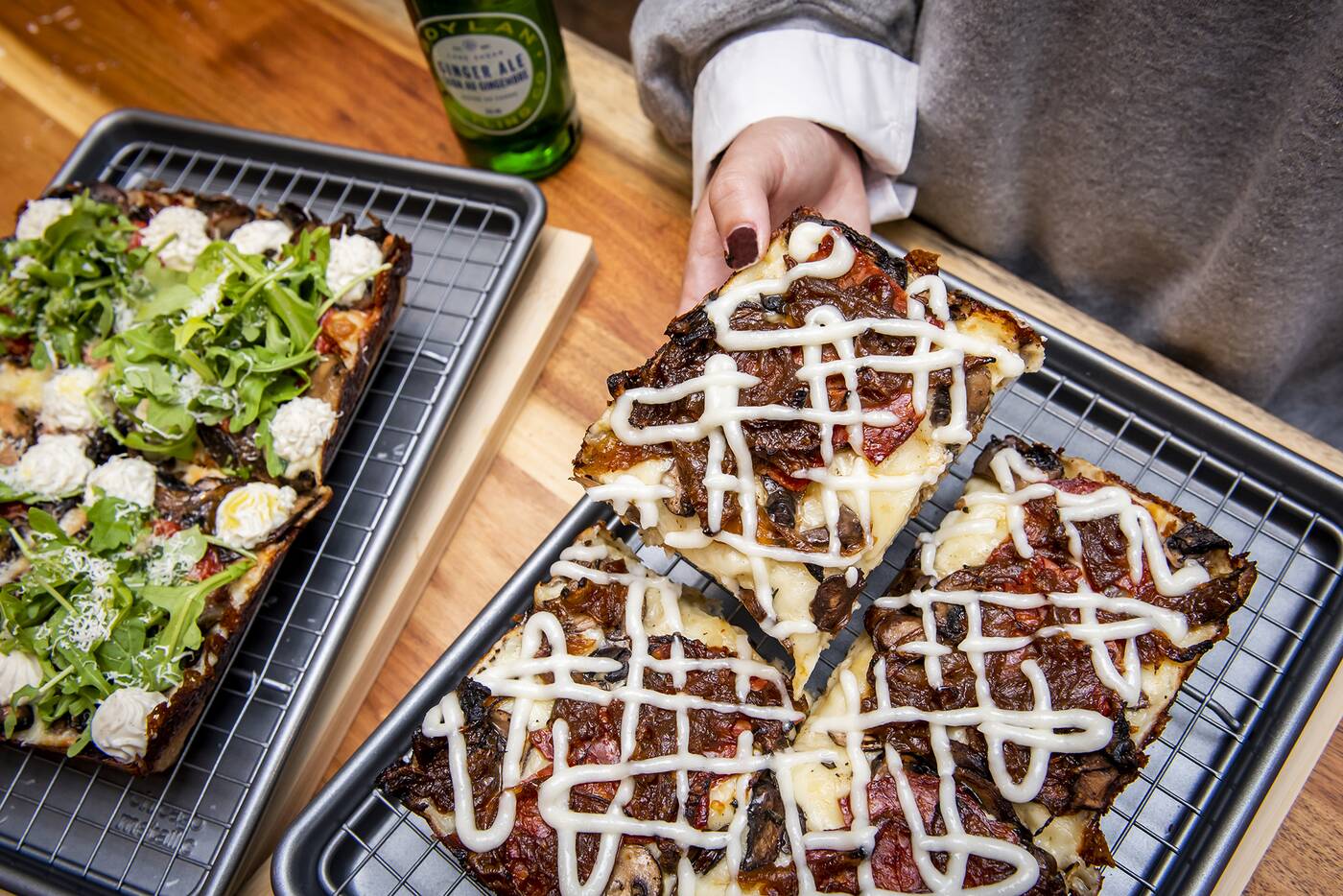 The Dodi ($20 for a four-cut) is actually named for the owner's wife, topped with spicy soppressata, mushrooms, lots of caramelized onions and a potent garlic cream. 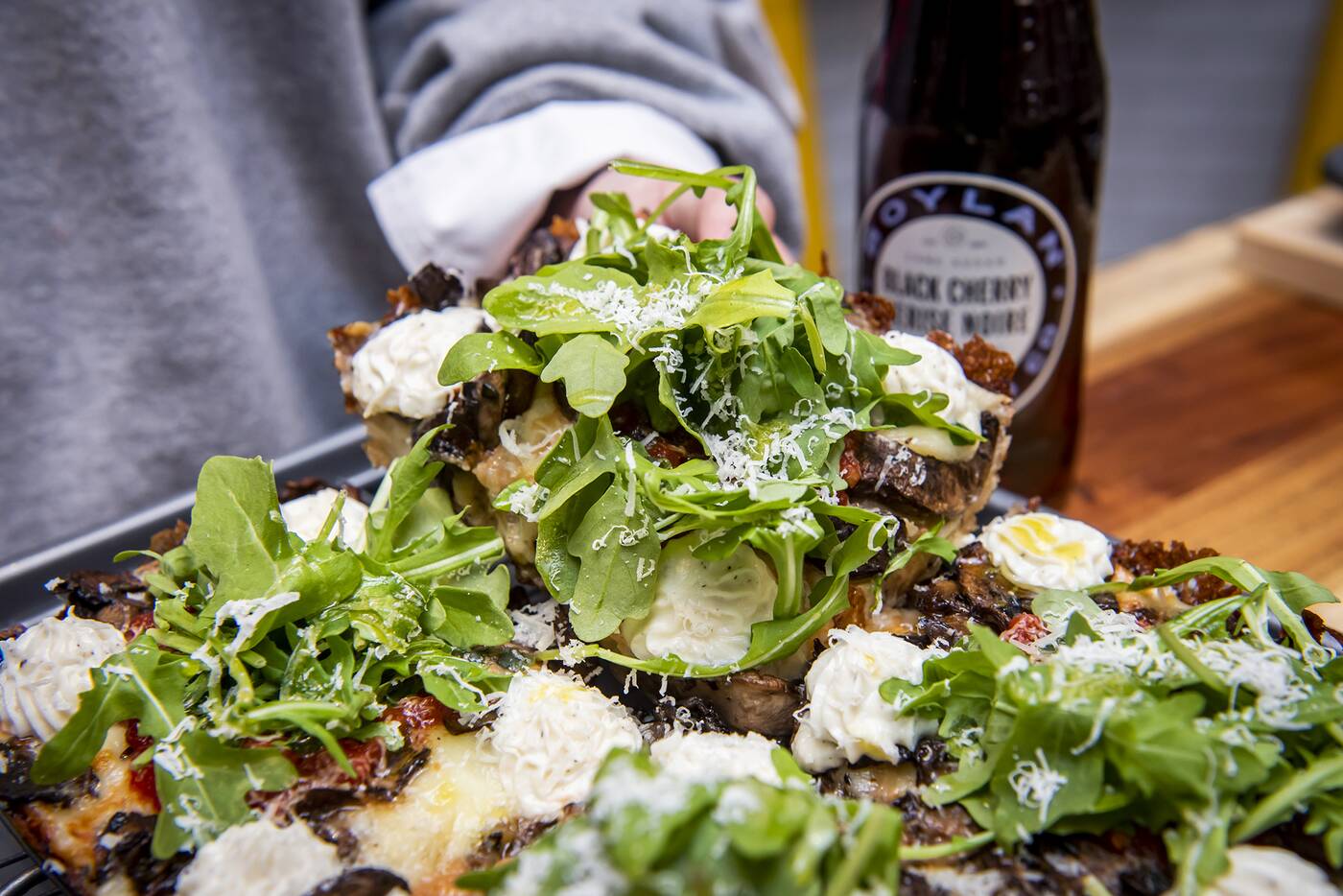 The White Truffle ($22 for a four-cut) is topped with arugula, rosettes of fragrant house-infused truffle ricotta, and mushrooms marinated with rosemary, olive oil, thyme and truffle oil. 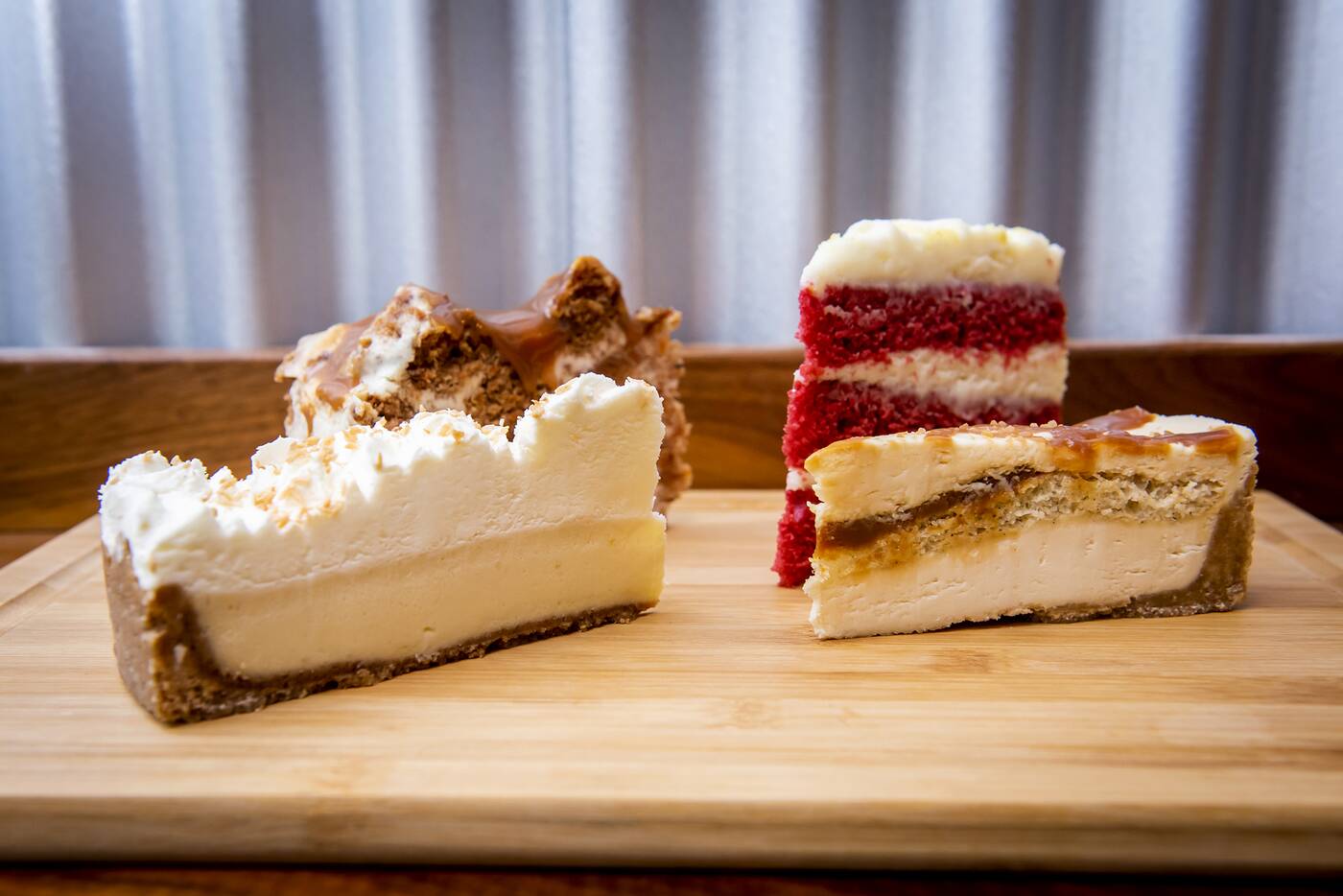 Desserts like a key lime pie, carrot caramel cake, red velvet cake and dulce de leche tart sourced from Daboom are also available should you wish to cap off a heavy meal with something sweet. 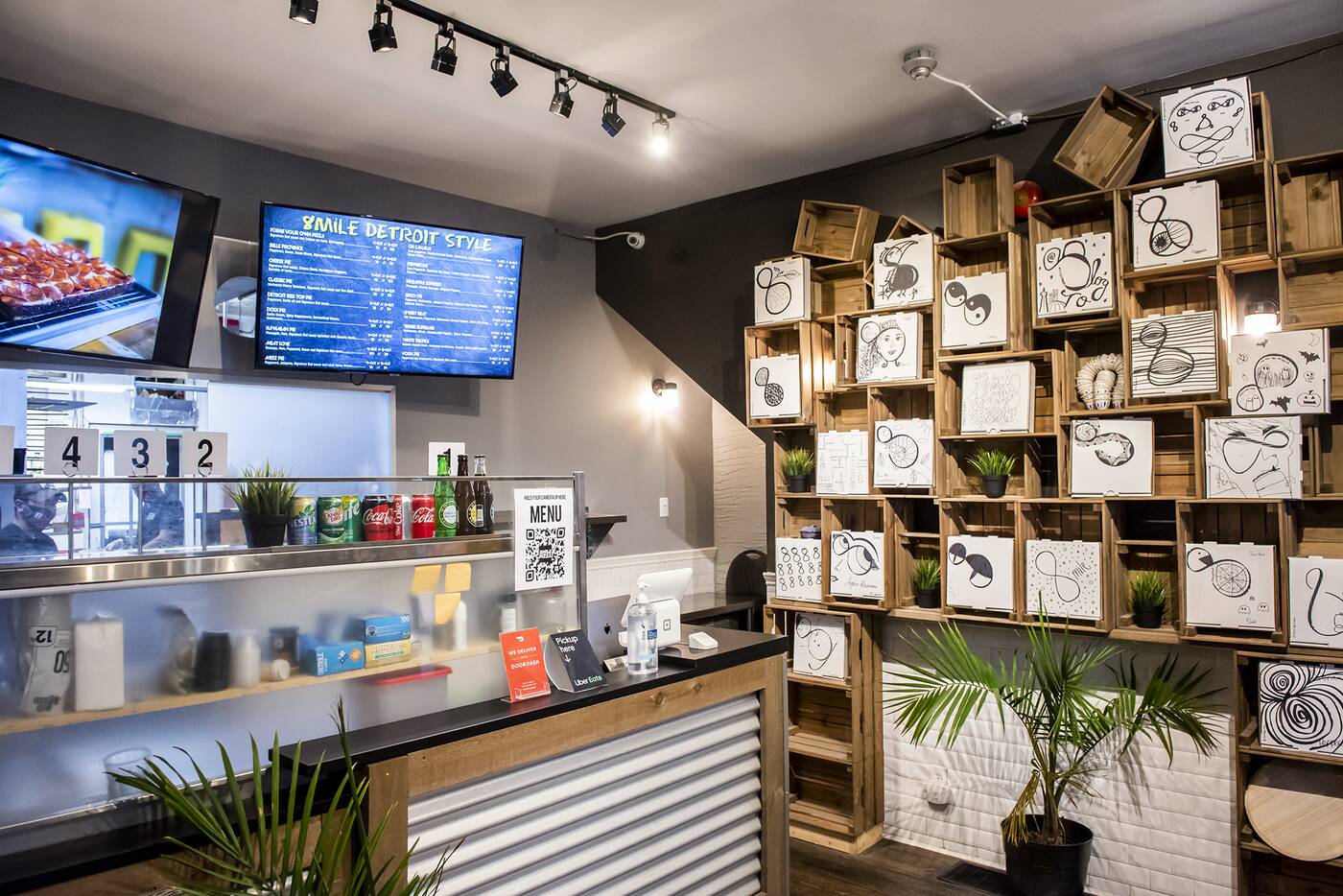 Don't sleep on ordering the garlic sauce as a side, it's a holdover from the Ooshee days and it packs a punch, even though it's dulled a little to go with pizza.

They also have an addictive smoked jalapeno dipping sauce. Feel free to create your own pie here with your own selection of toppings as well, or go half and half on toppings. 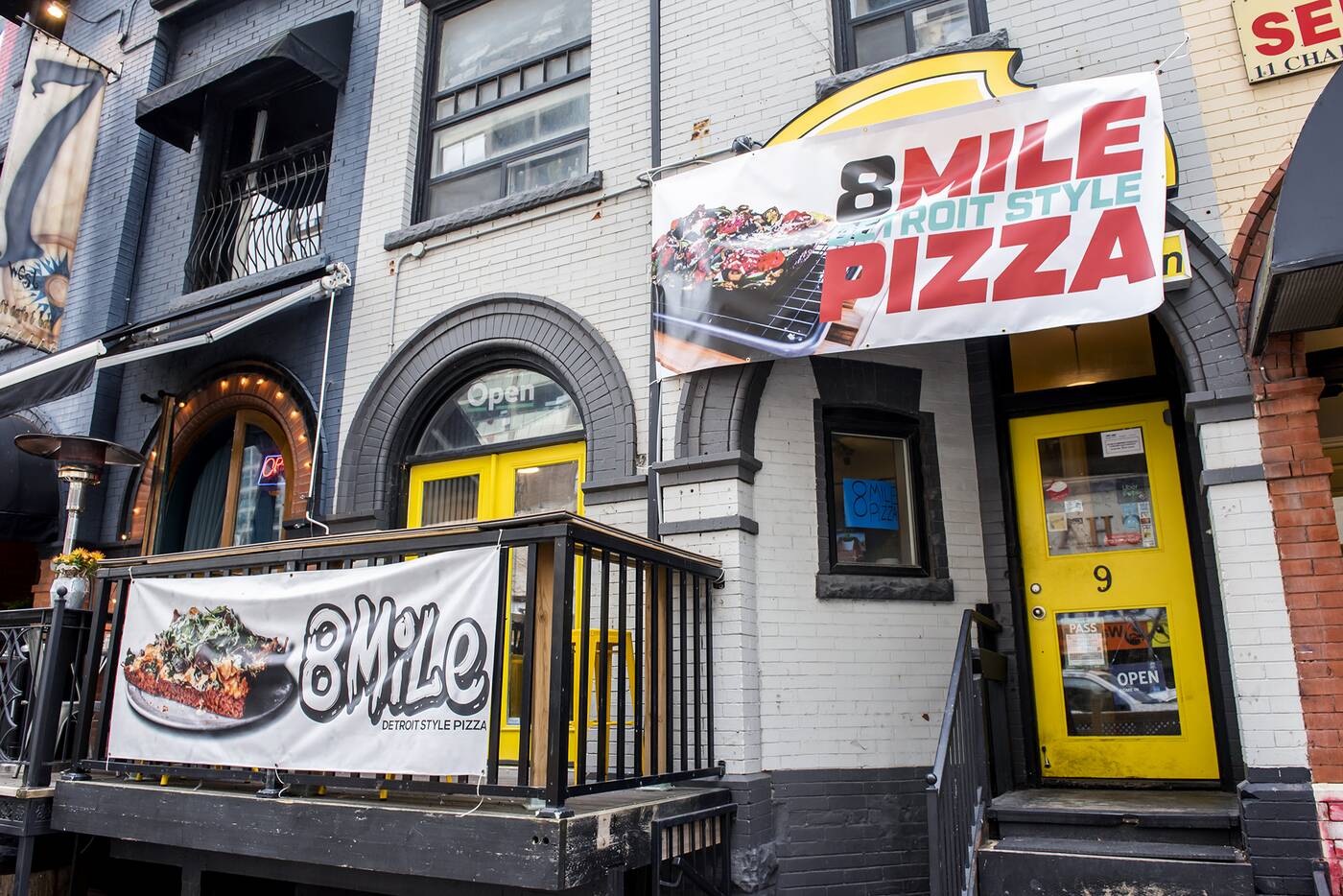