It makes sense why the restaurant was named after Uruguay's capital, a dozen photos line the back wall showing different landmarks around Montevideo, like Plaza Independencia. 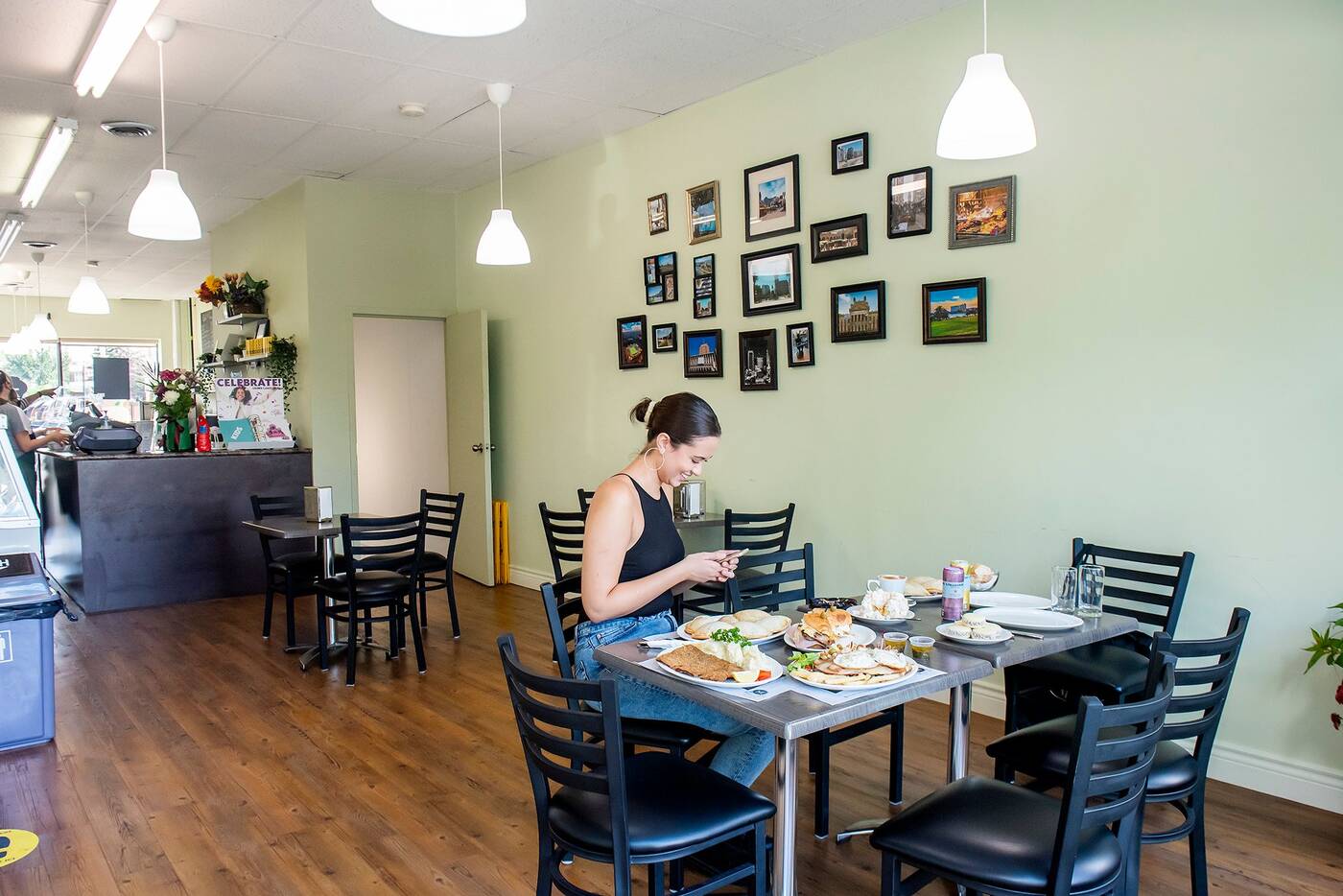 The interior of Montevideo is like any other standard cafe, but the ambience of the space is much different. It's similar to the feeling you get when walking into your  grandma's kitchen. Wafts of freshly-baked goods are in the air and you know the food you're about to eat has been made with love. 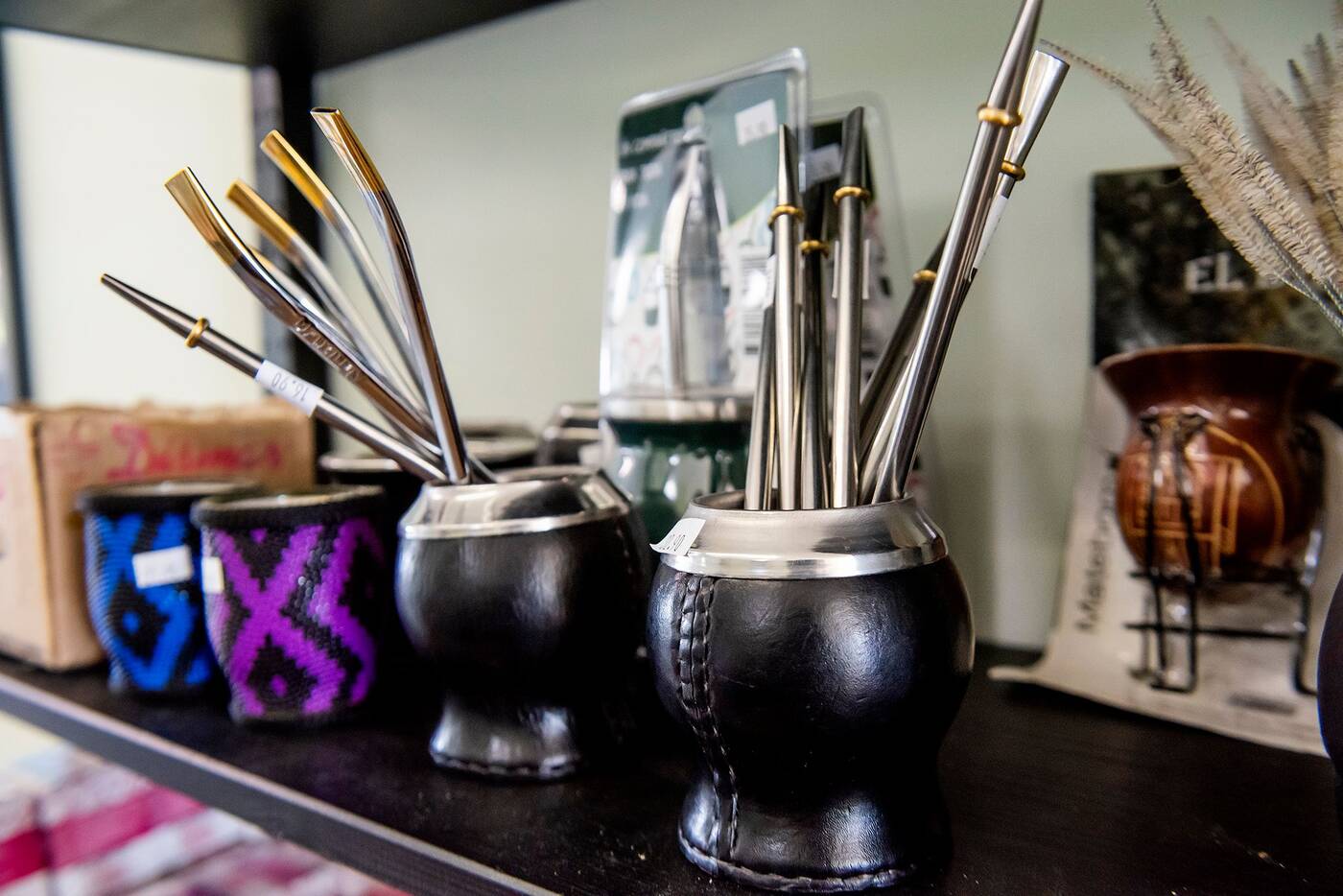 A shelf on the left side of the restaurant is full of Uruguayan snacks and tea available for purchase. This includes small leather-covered cups used to steep herbs called Yerba, to make a Uruguayan caffeinated drink called Mate. Uruguayans are known for carrying this around to share between a group of people where each person sips from it. 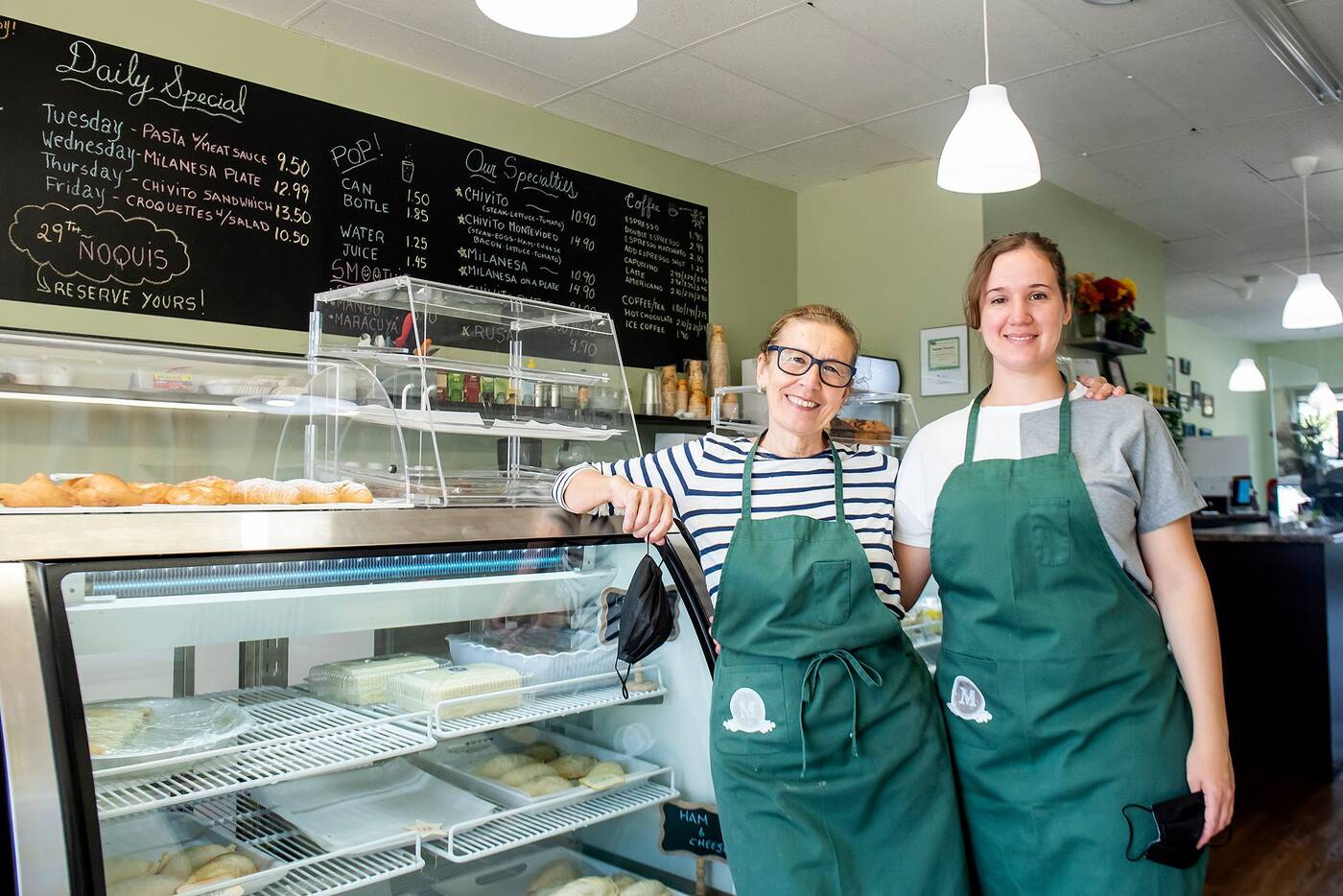 Before owning Montevideo, Yenny Varela and her daughter Matilde Thedoli were working in the travel and tourism industry. When lockdowns hit, they were both laid off, and had to find means to make a living.

Both women are originally from Uruguay and now live near the Jane and Sheppard area, where Montevideo is located. 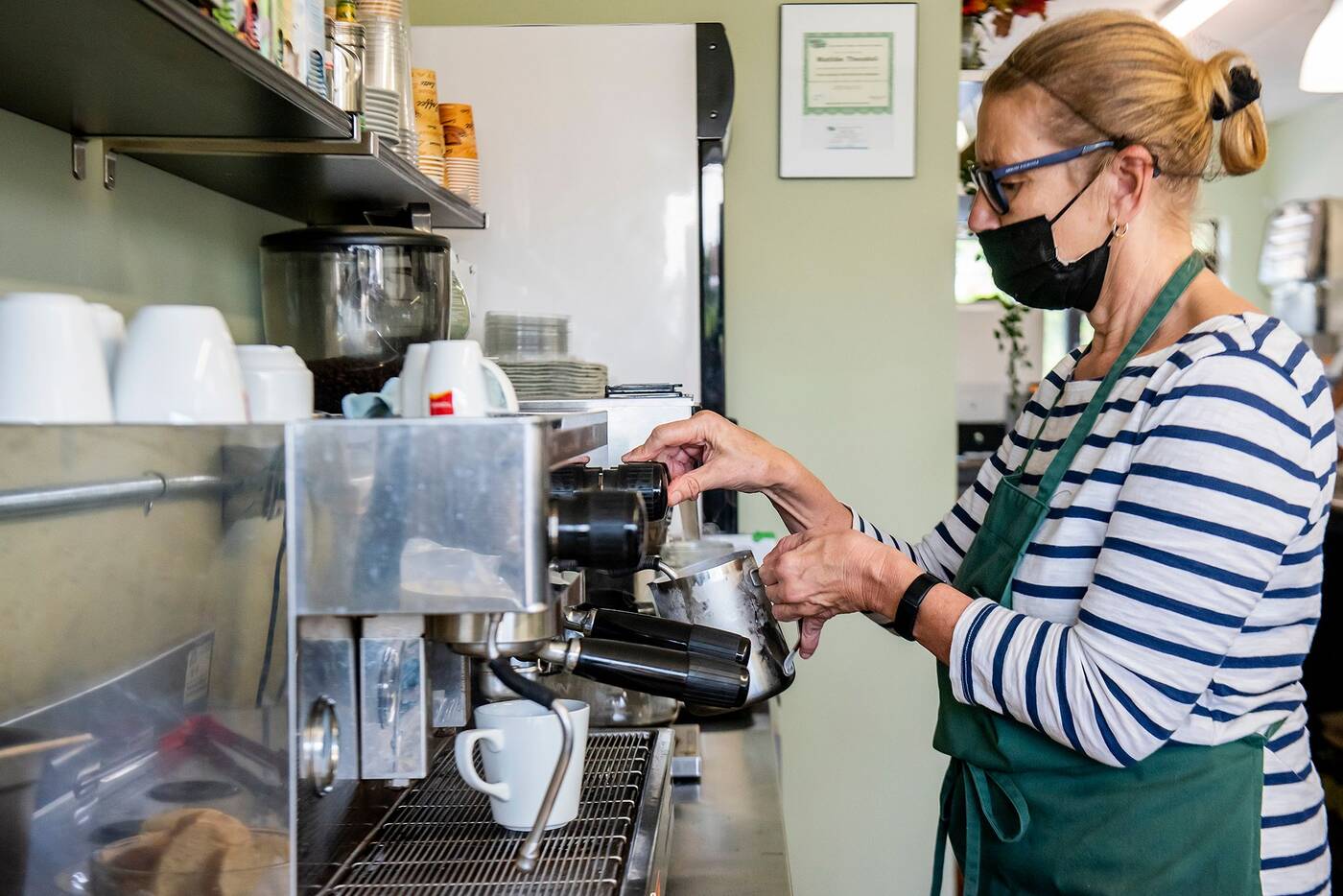 They noticed many other Spanish-speaking people in their community had their own business, there's a Salvadorian/Mexican restaurant called Gustitos de mi Tierra, just up the street. But they felt the area was missing a food spot reserved specifically for Uruguayan culture.

"It's the most satisfying thing to see Uruguayans come and they smile while looking at our pictures," said Varela 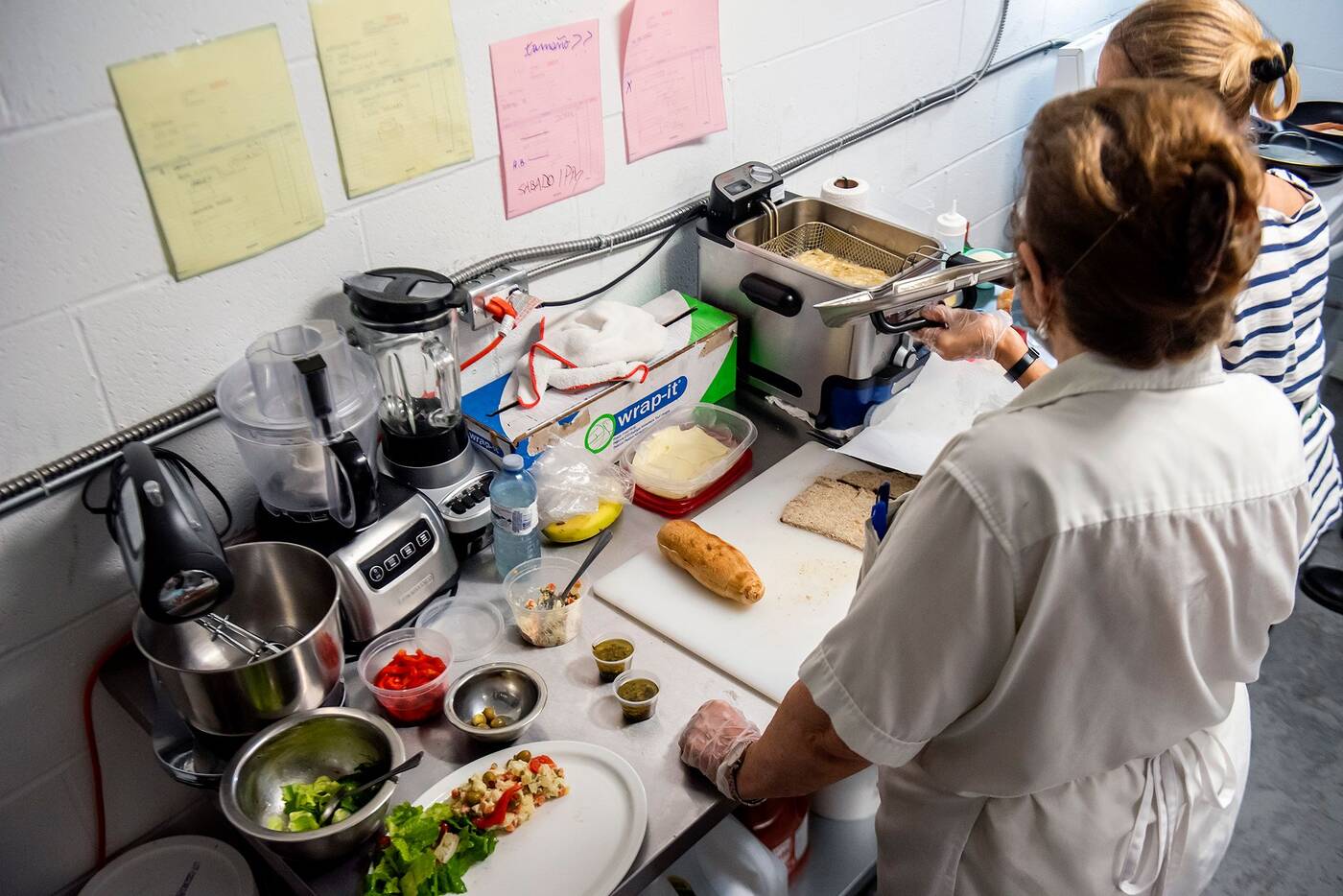 The mother and daughter duo started from the ground up, before opening in October 2020, they did research in the restaurant industry, planned out costs and created their own business plan.

"We wanted to bring the spirit of our country to Jane street," said Varela. "We wanted to make it a homey place, somewhere comfortable." she added. 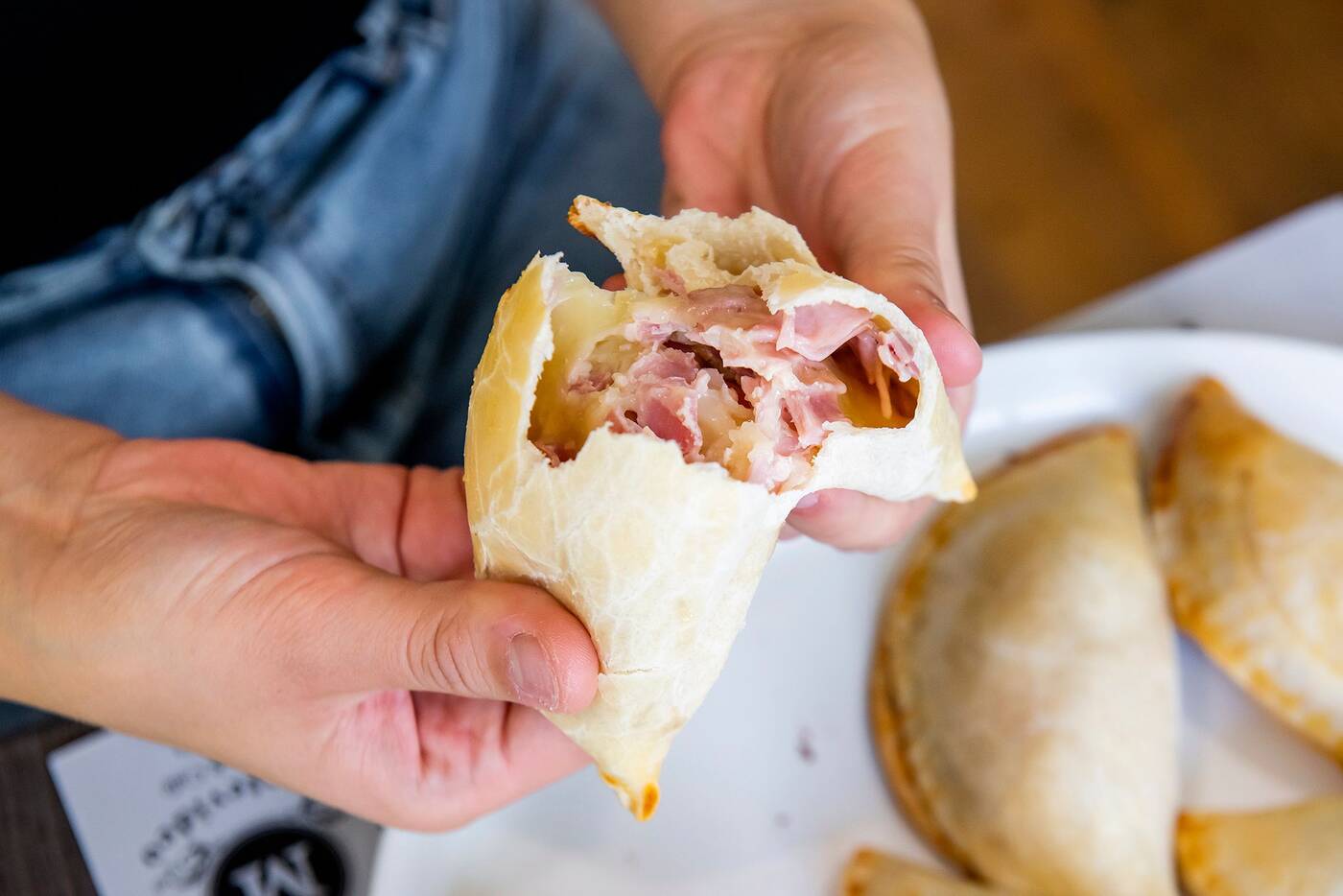 The Empanadas ($2.99 each) at Montevideo bakery are best when eaten fresh out of the oven. The pastry's baked exterior compliments the warmth of the fillings inside. You can get regular or spicy beef, ham and cheese, chicken, tuna or spinach as a filling. 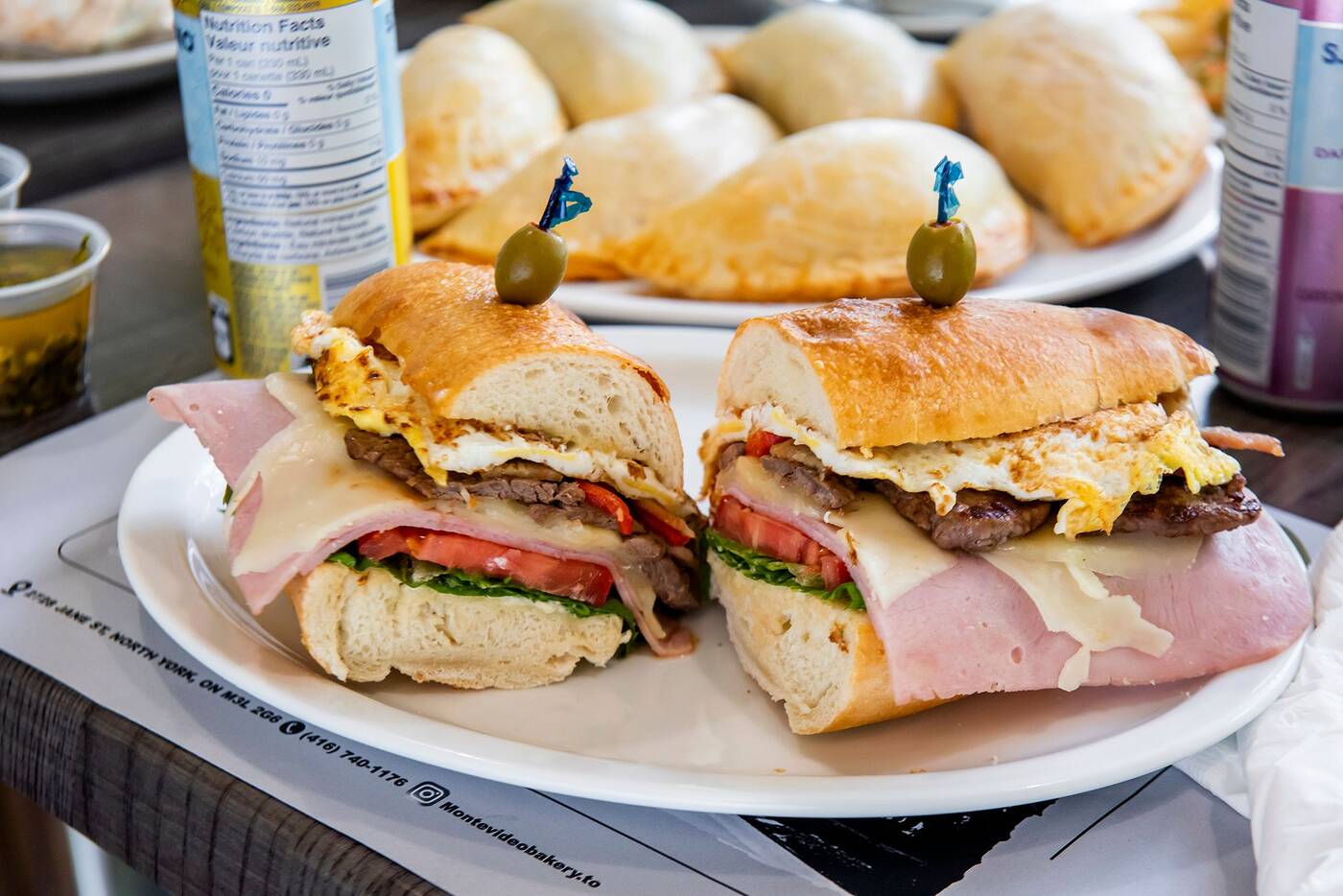 Known as the national dish of Uruguay, the Chivito Montevideo ($14.90) is a meat lover's dream. French bread is stacked with steak, ham,bacon and cheese. All four are cooked together in one layer with two fried eggs put on top, then lettuce and tomato to finish it off. 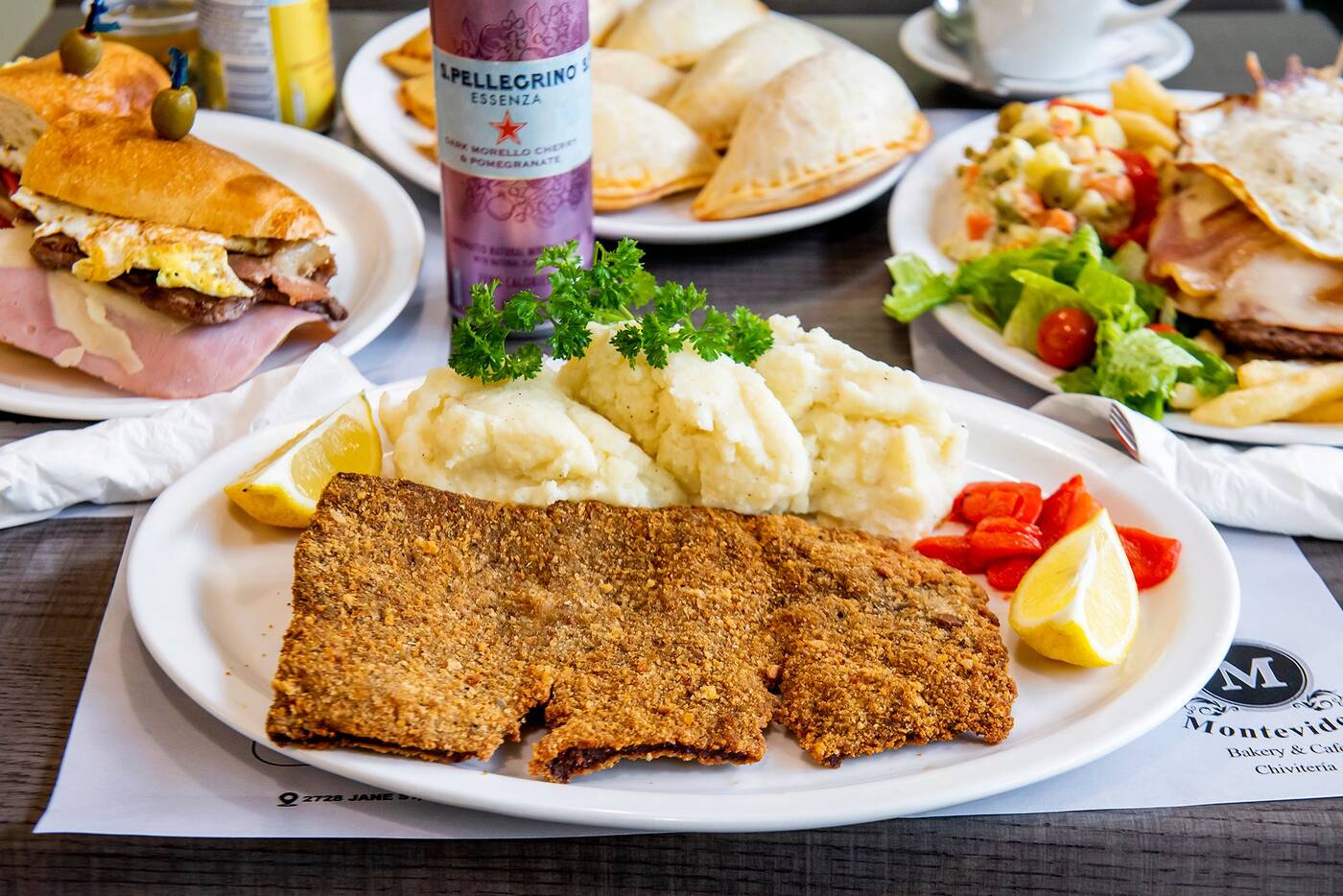 The Milanesa con Pure ($14.90) brings out the perfect balance between crispy and fluffy textures. A sirloin steak is coated with seasoned breading, then pan fried to create a delicious outer crust on the meat. Each bite accompanies the softness of the mashed potatoes on the side that's garnished with parsley. 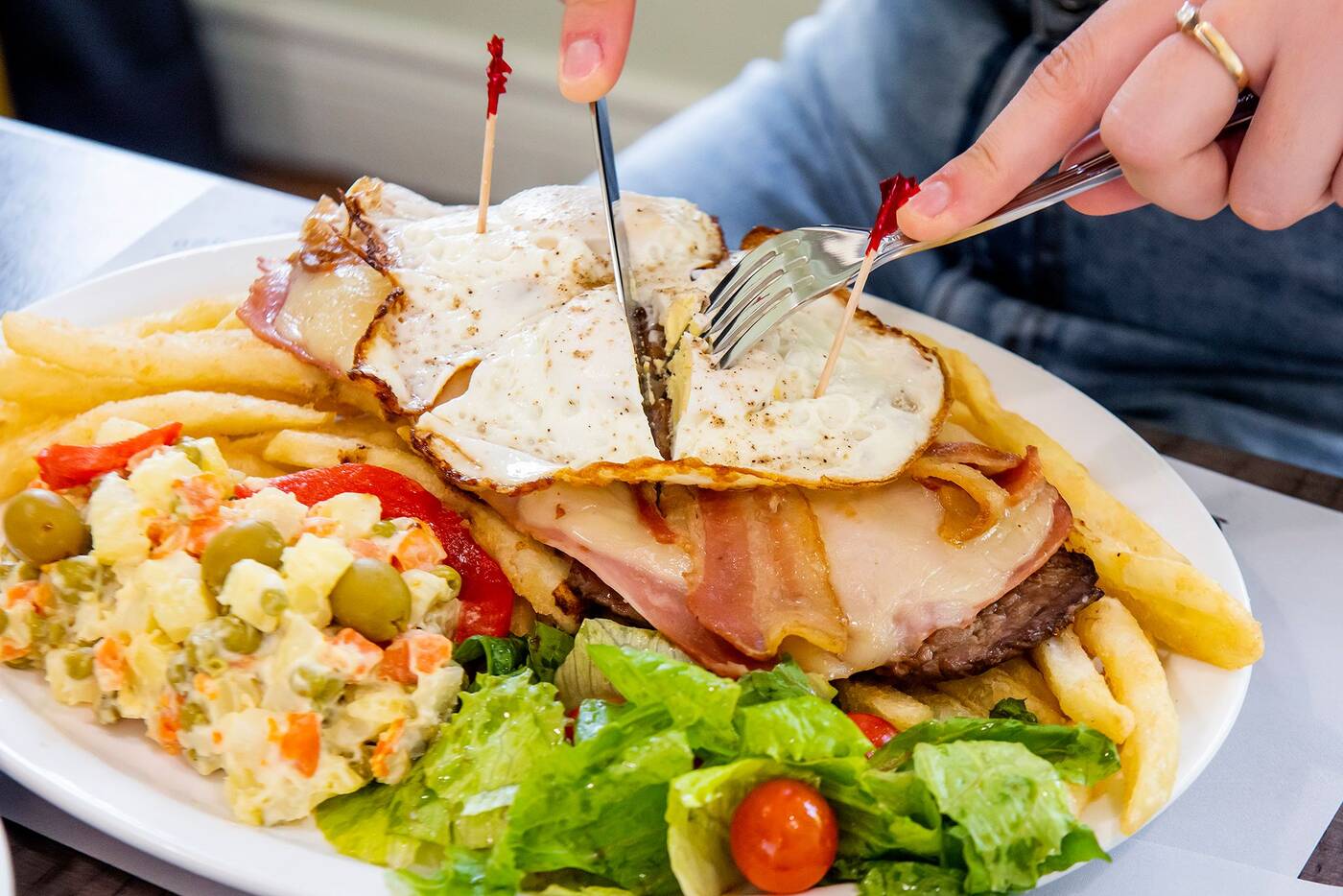 The Chivito el Plato ($21.00) is similar to the sandwich version but served on a plate with different sides.

The layered steak,ham,bacon, cheese and two fried eggs remain the same. They're placed on top of a bed of fries with the house salad beside it: just lettuce and cherry tomatoes. Despite its name, the Russian salad is a Uruguayan favourite, it's a potato salad that comes on the side with peas, carrots, olives then tossed with mayonnaise. 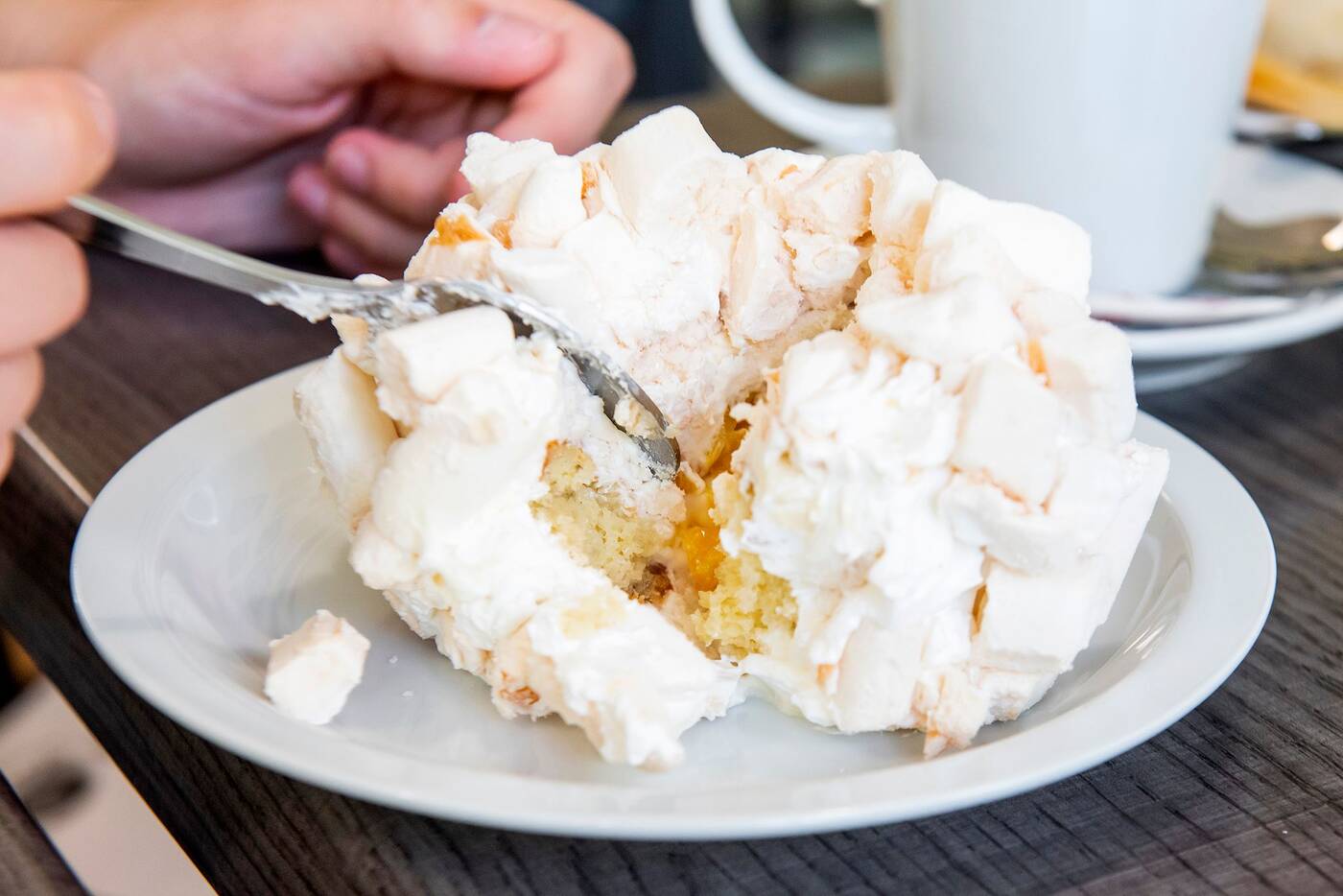 Chaja ($10.00) is a popular cake in Uruguay which is mostly served at birthday parties, it's also named after a native bird to the country. A multi-layer of whip cream and bits of peaches surround the base of the vanilla cake inside. Meringue is what makes up the outer layer, which is basically egg-whites whipped with sugar.

The storefront of Montevideo Bakery faces passing cars on the main road of Jane street, a sign showing their daily food specials is what sets the place a part from the other businesses who share the same plaza. 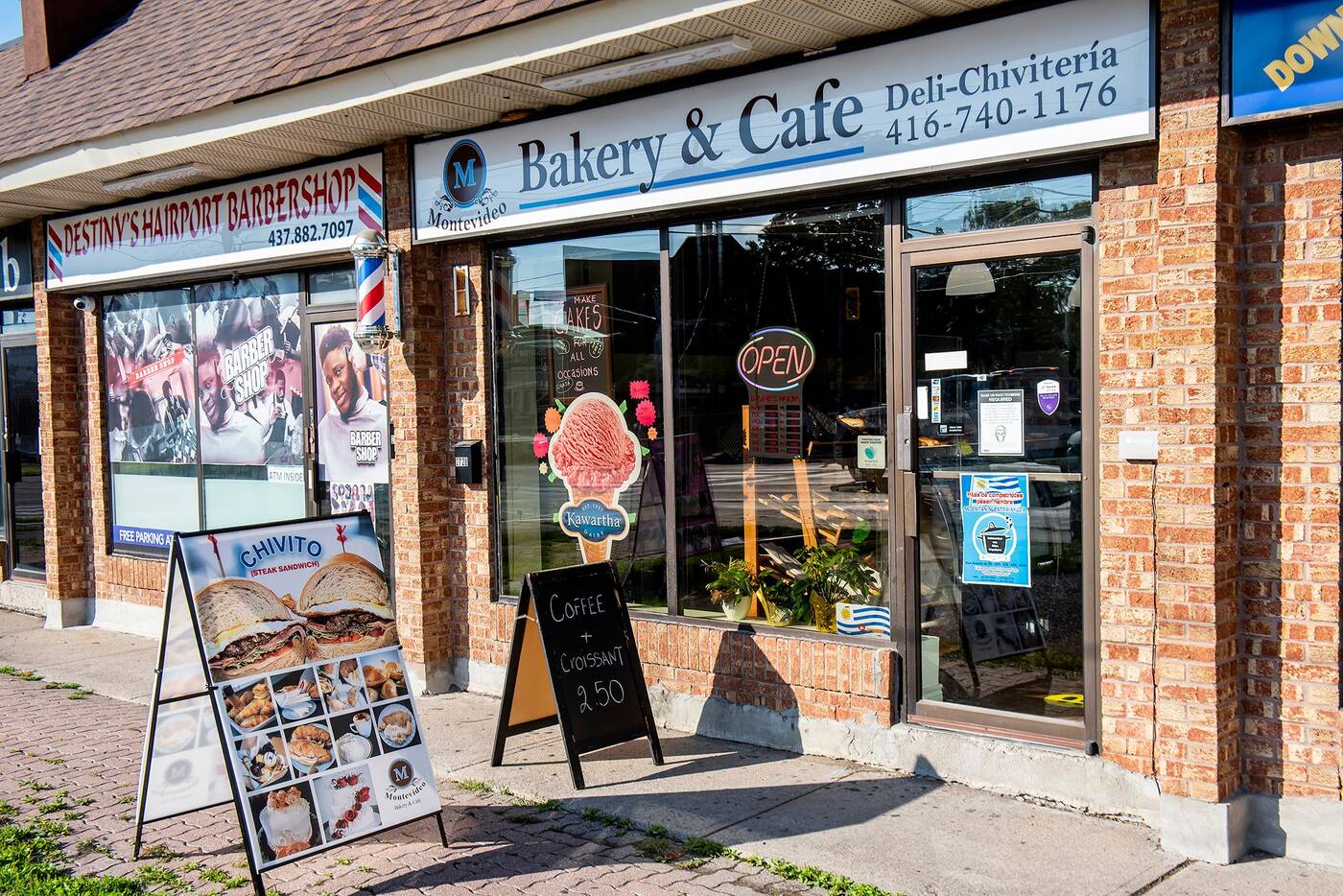