Lucia comes to us from the same people behind Local Kitchen & Wine Bar, with much the same ethos: locally grown seasonal produce and ethically sourced ingredients, used to create an Italian menu.

The main difference between here and Local, which opened about 10 years prior, is that Lucia is open for a $25 prix fixe lunch during the weekdays. 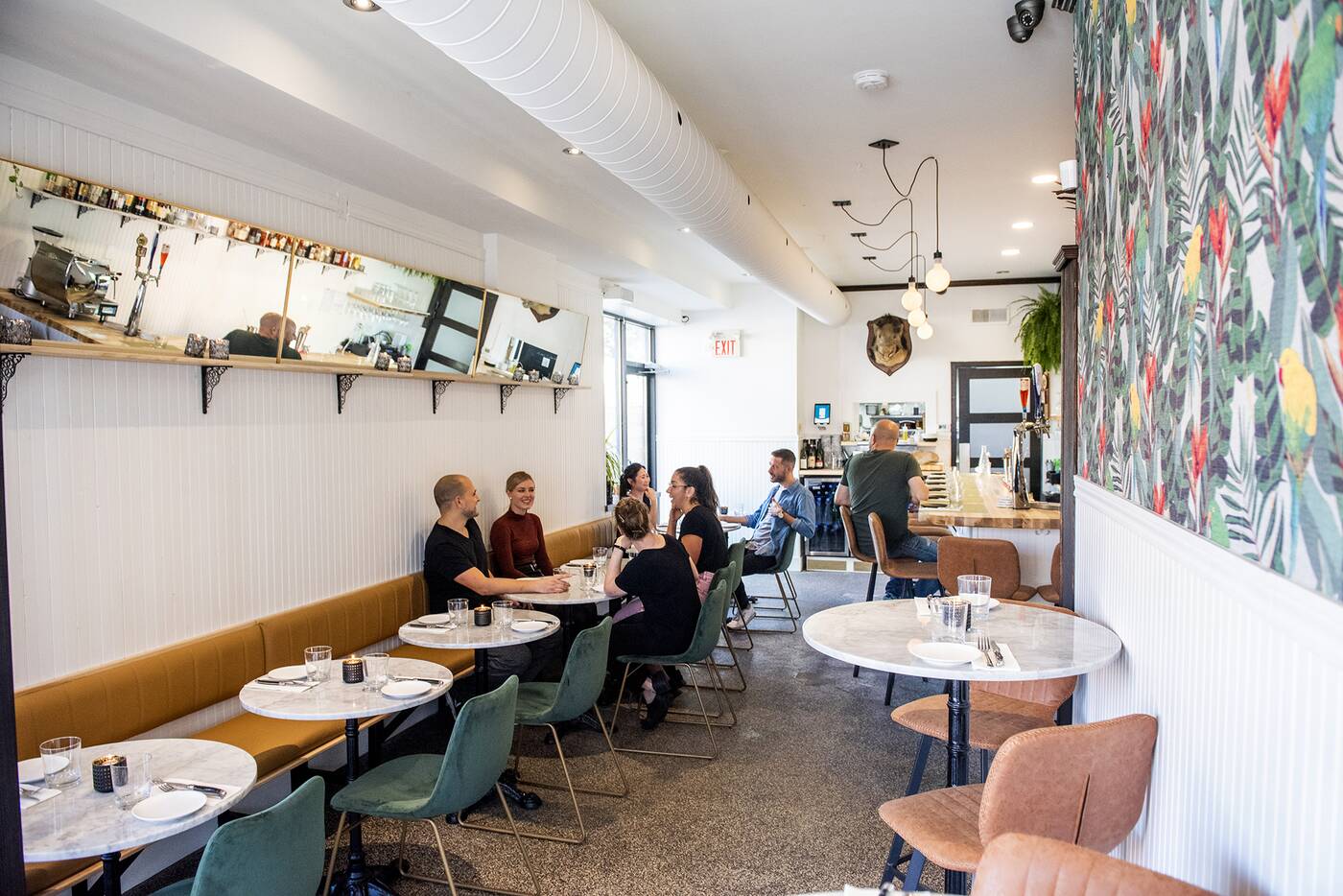 At about 30 seats, the space has played host to an Italian restaurant before, Angolino. Now the sunny nook is decked out in jungle bird wallpaper and a deep emerald green.

From May to November, the team obtains produce like arugula, dandelion and tomato from a few acres they own themselves in King City, Ontario. The rest of the time, it's sourced from greenhouses. 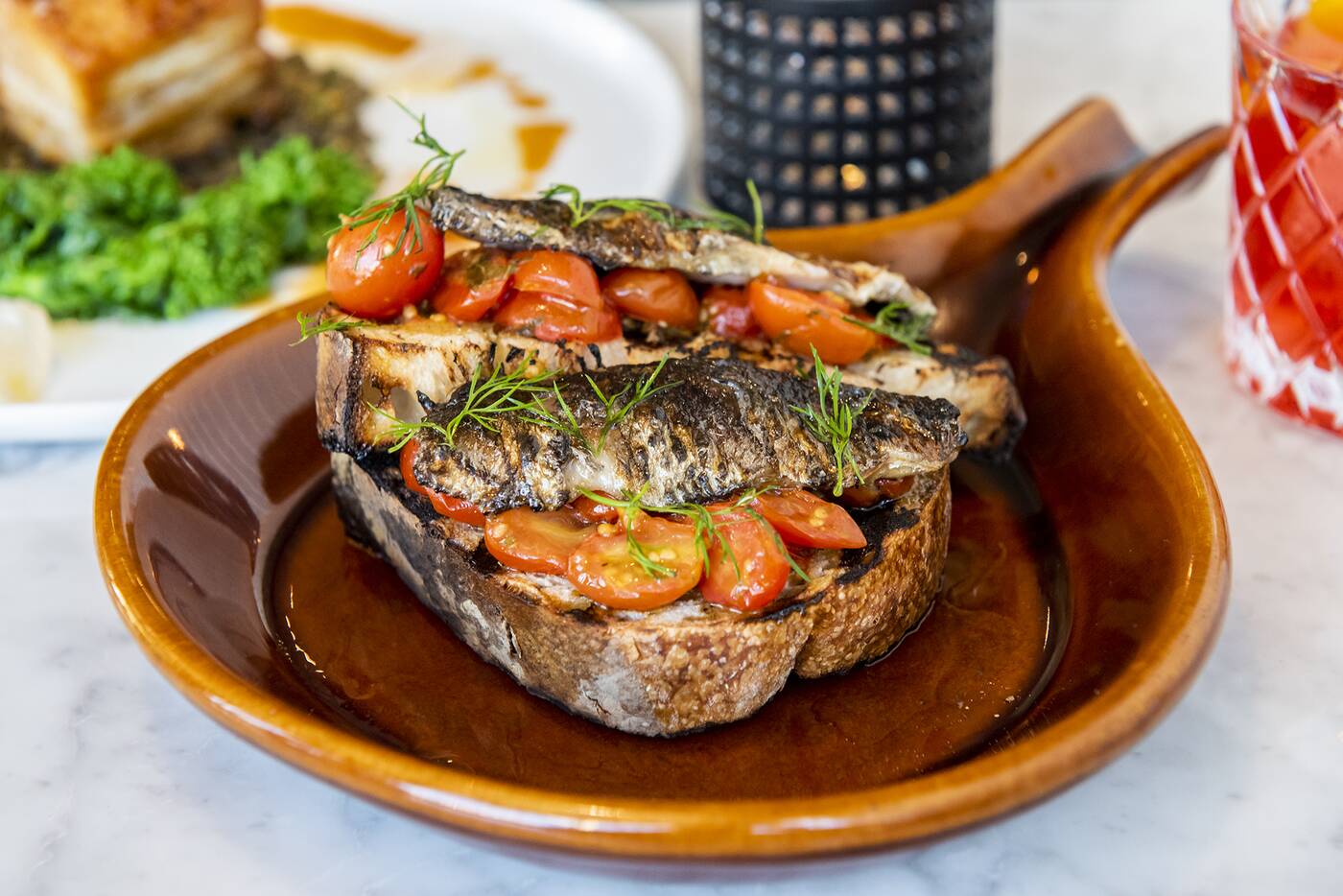 Cured and grilled sardines on grilled Mattachioni sourdough ($12) are extra bold and briny when underscored by heavily-smoked grape tomatoes. With lots of charred flavour, this antipasti isn't afraid to start a meal off with a bang. 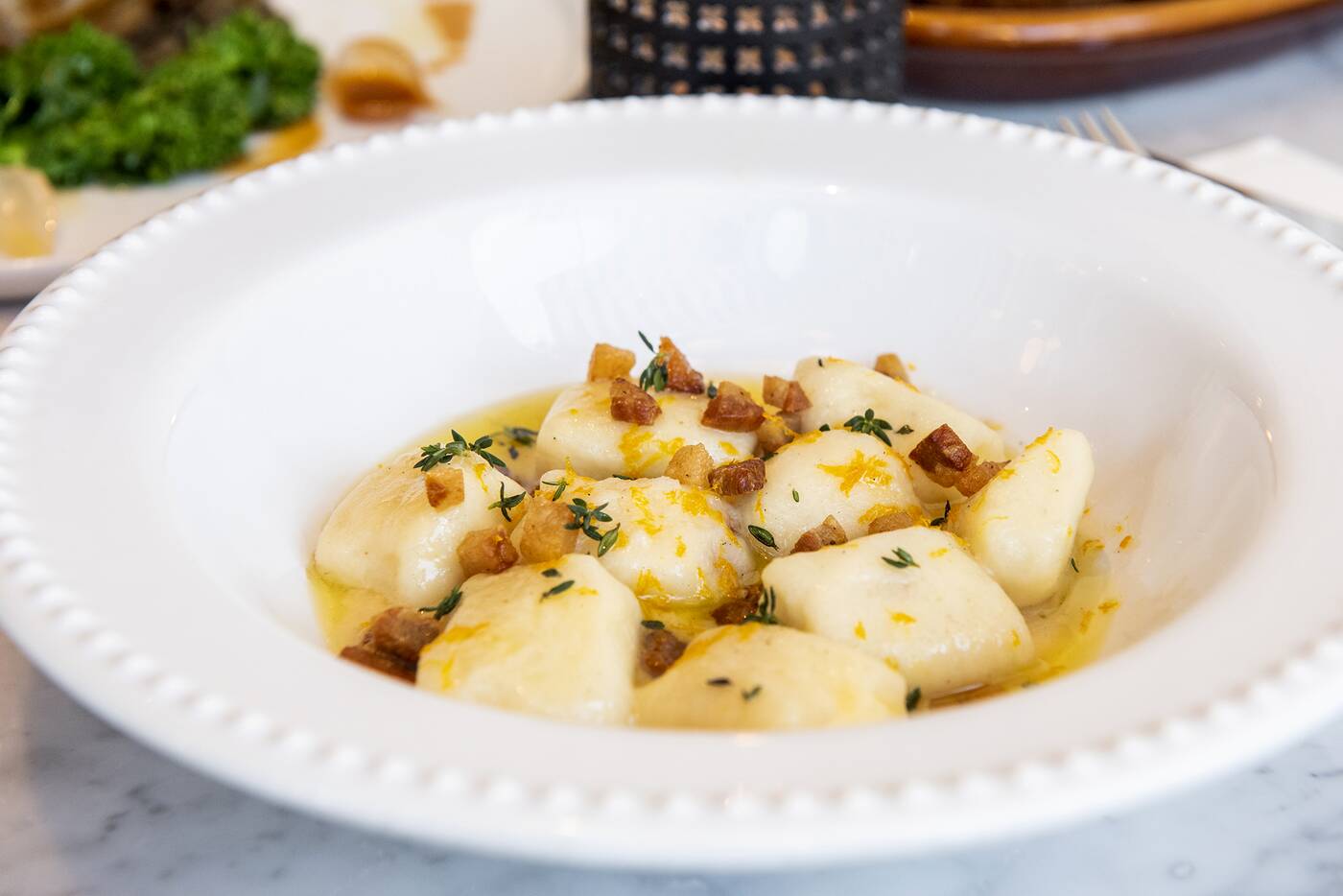 For a primi pasta, there's gnocchi ($19) stuffed with smoked mozzarella for another powerfully layered dish, brightened by orange zest yet grounded by crispy, fatty guanciale. 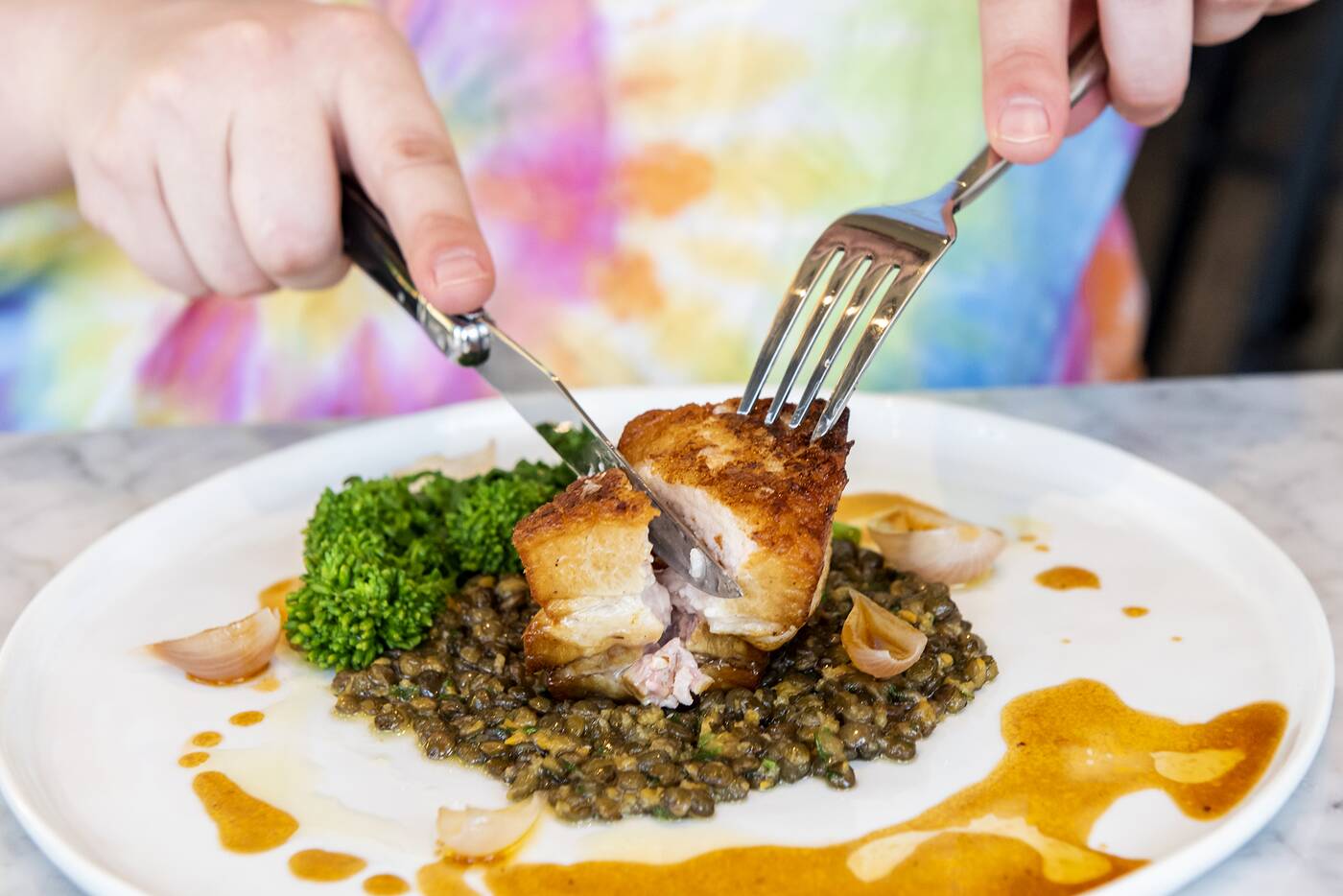 Crispy pork belly ($23) is elegantly plated with traditional ingredients: lentils, rapini and an acidic cipollini onion agro dolce that balances out the more fatty elements of the dish.

The salty, fatty wedge of meat is indeed nicely crisped to a golden brown outside, tender and almost creamy inside. 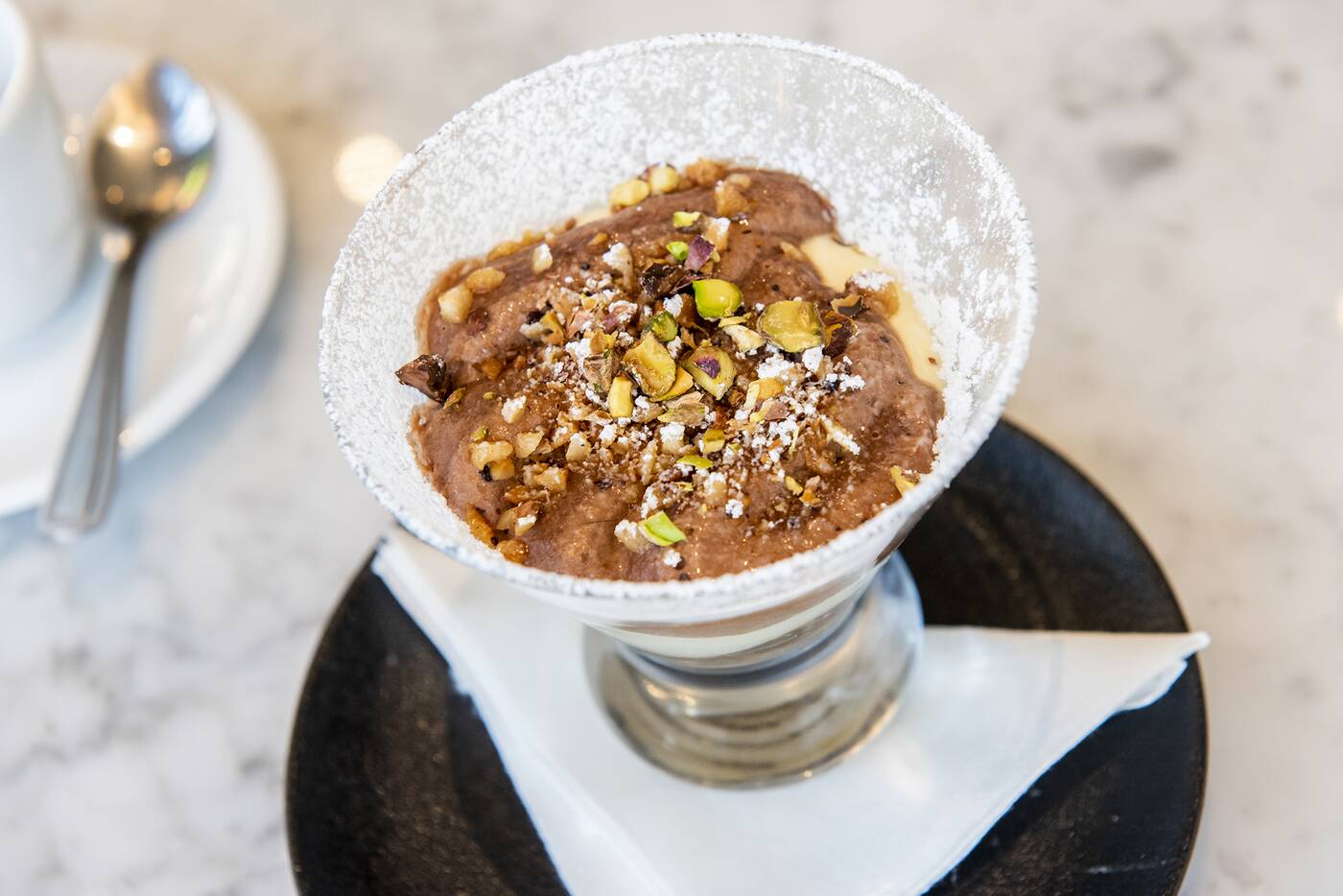 Nutella tiramisu is one of several $10 desserts, Nutella ganache layered with ladyfingers and mascarpone and topped with crumbled hazelnut and pistachio.

It's not as silky as some tiramisu, but remains more traditional than many, despite the relatively subtle addition of crowd-pleasing Nutella. 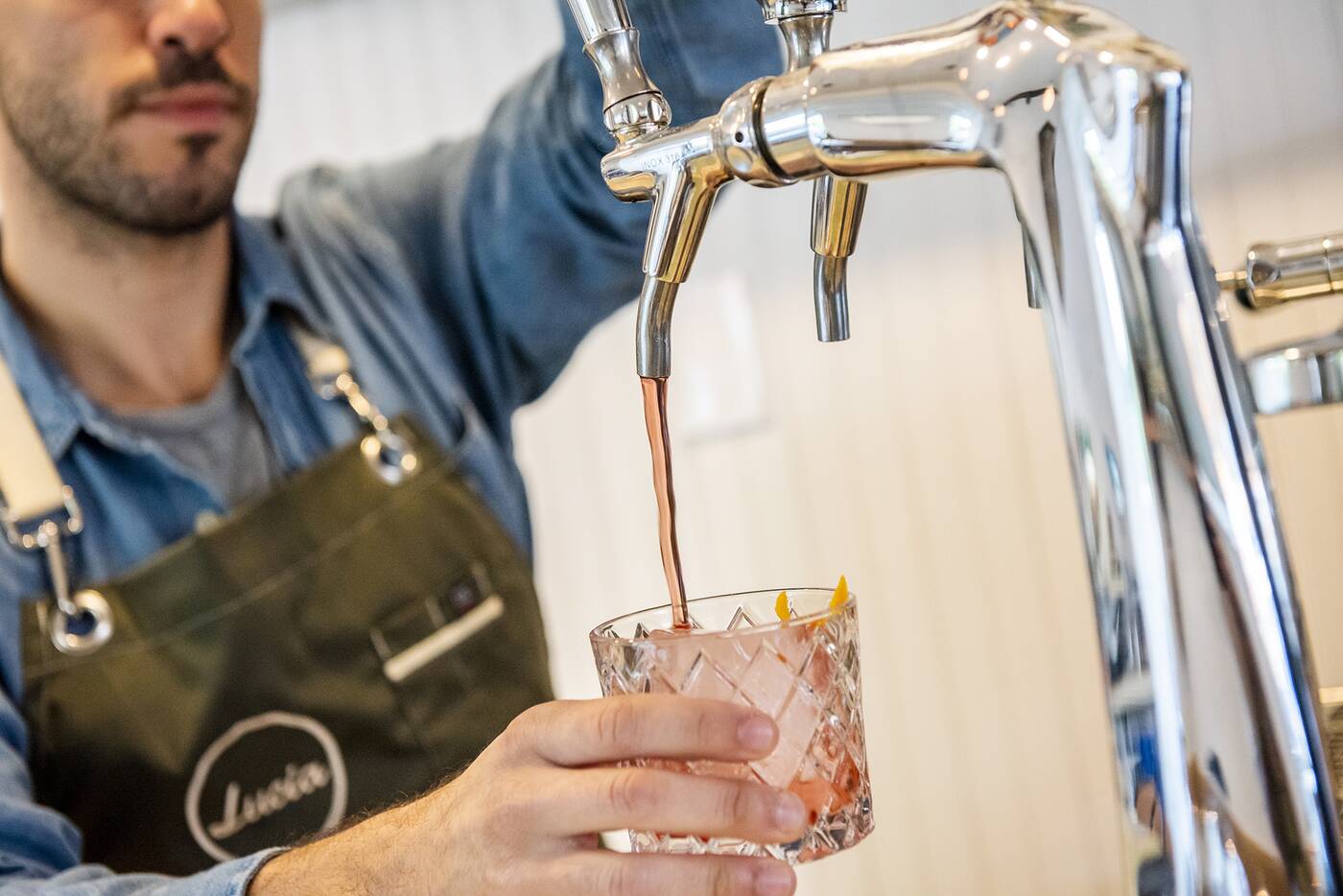 To drink, there are Dillon's Negronis on tap, their batched take on the Italian classic crushable and juicy, yet still nicely bitter. The draft system makes ordering this cocktail quicker and more consistent than it might normally be.

Apparently whereas Local is inspired by a cabin in the alps, Lucia takes more of its influence from the Sicilian beach. Although lunch is only served on weekdays, dinner is available seven nights a week. 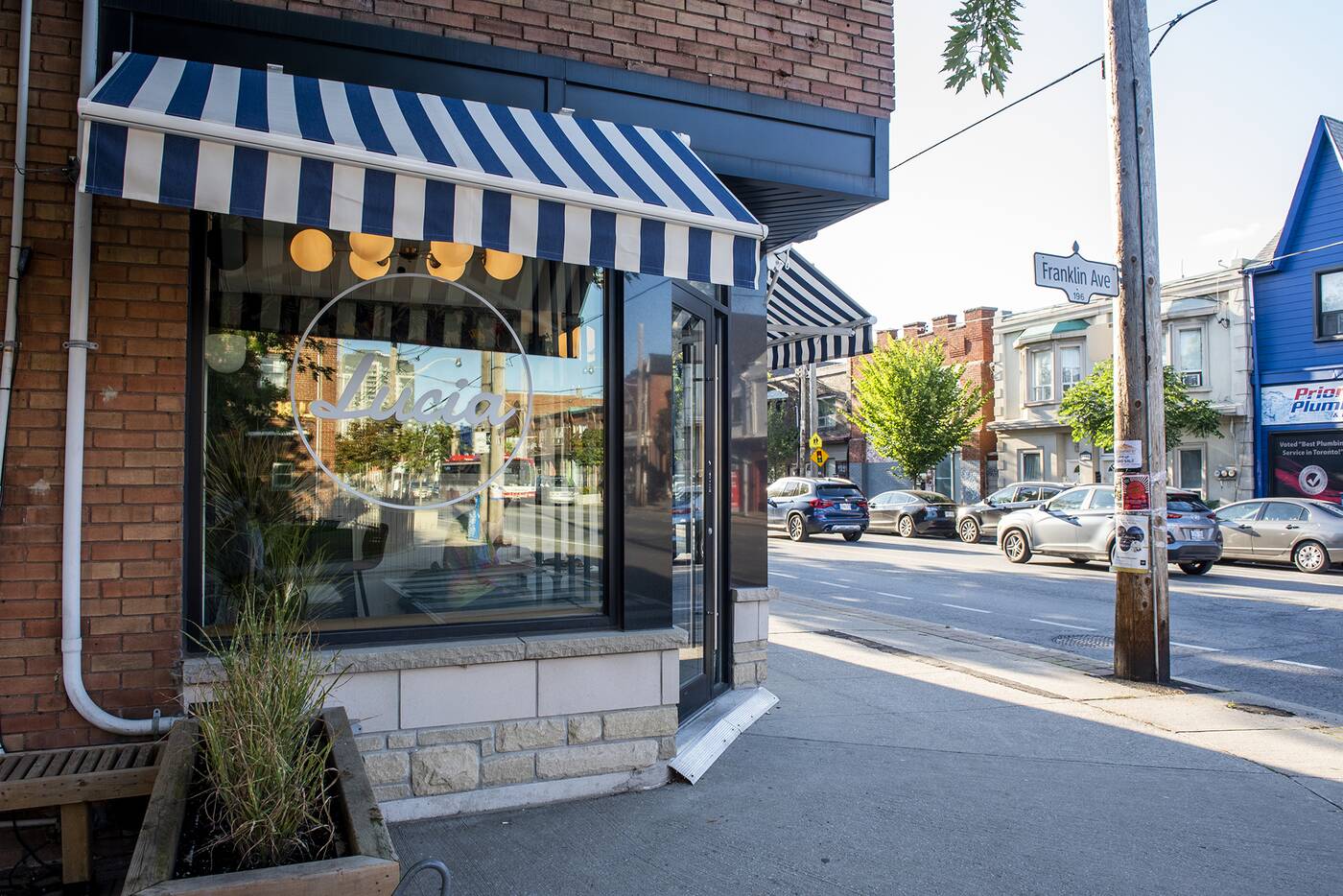