Old Spaghetti Factory is an institution for pasta in Toronto, being in the business since before the city was even known for restaurants.

The chain started in Portland, Oregan, however Toronto's location has been owned and ran by the Hnatiw family since August 1971.

Graham is the prodigal son who took over managing in 2008. He still remembers driving to the restaurant every weekend with his Dad. He would pay him $5.00 to scrape gum from underneath the same tables that sit inside the building today. 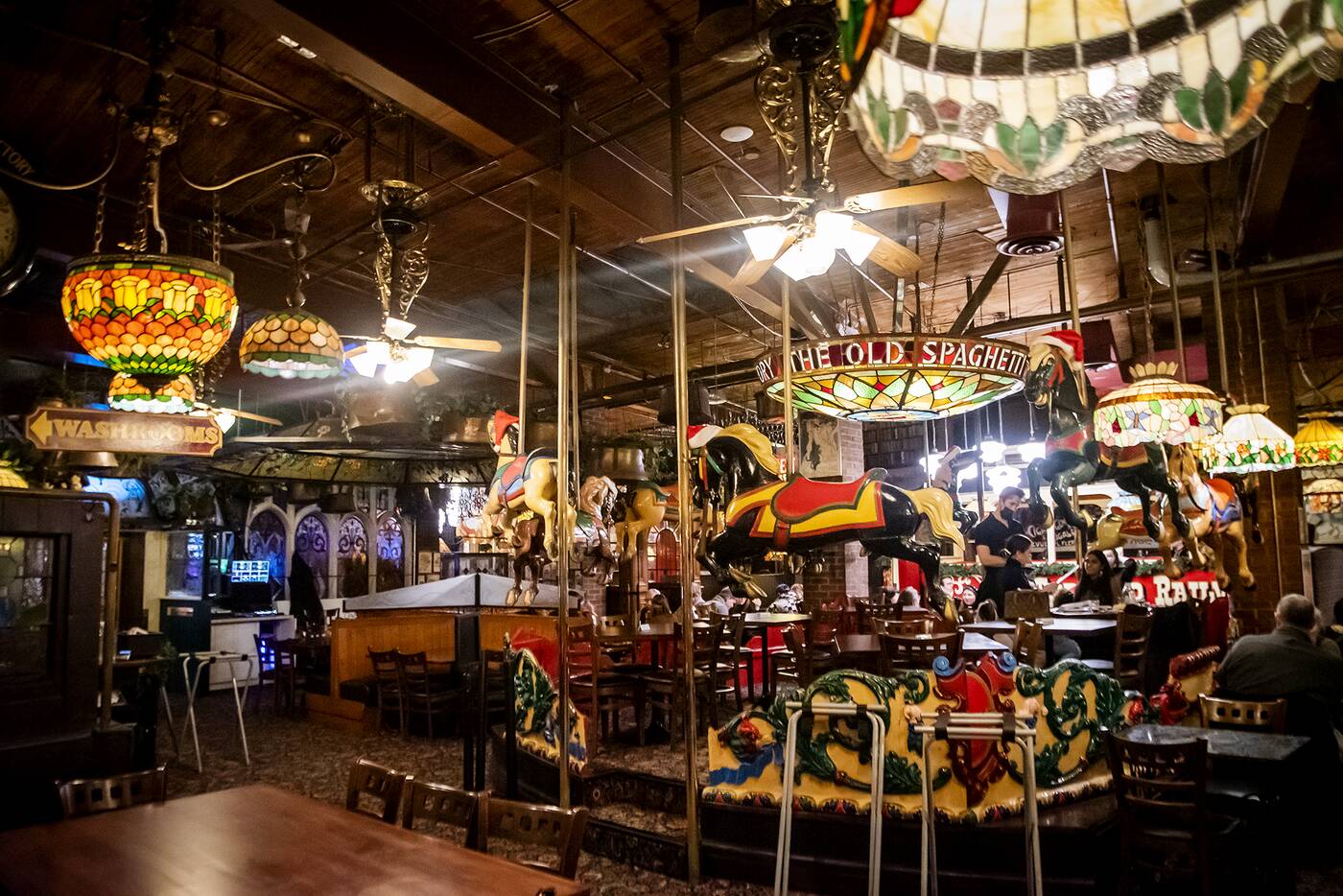 Hnatiw says at one point, you could see the Gardiner Expressway from the front windows of the restaurant that has stood on the Esplanade for half a century.

Nowadays, the Esplanade has a cascade of restaurants, but in the 70's, Toronto was mainly made up of cafes and hotel restaurants. Old Spaghetti Factory was one of the first stand-alone food places, which helped shape the strip into decades to come. 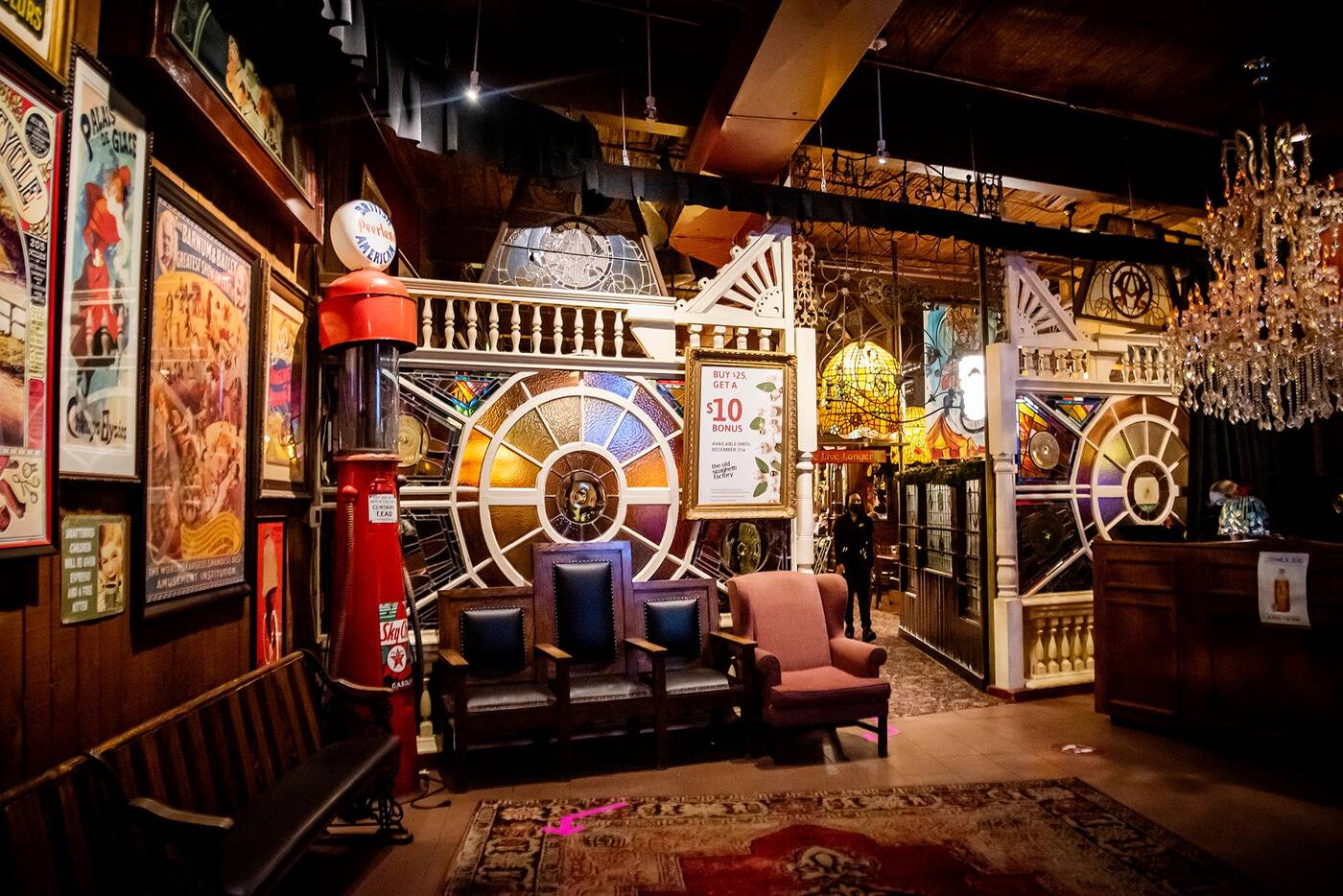 In the 80's and 90's, it was known as a party block, where Blue Jays players would come out and visit the notorious bar Brandy's which is now Bier Markt, and the Keg that sits on the left side of Old Spaghetti Factory.

Old Spaghetti Factory has hosted some historic legends back in the day, Terry Fox stopped in for meal while he was passing through Toronto on his Marathon of Hope in the 1980's. 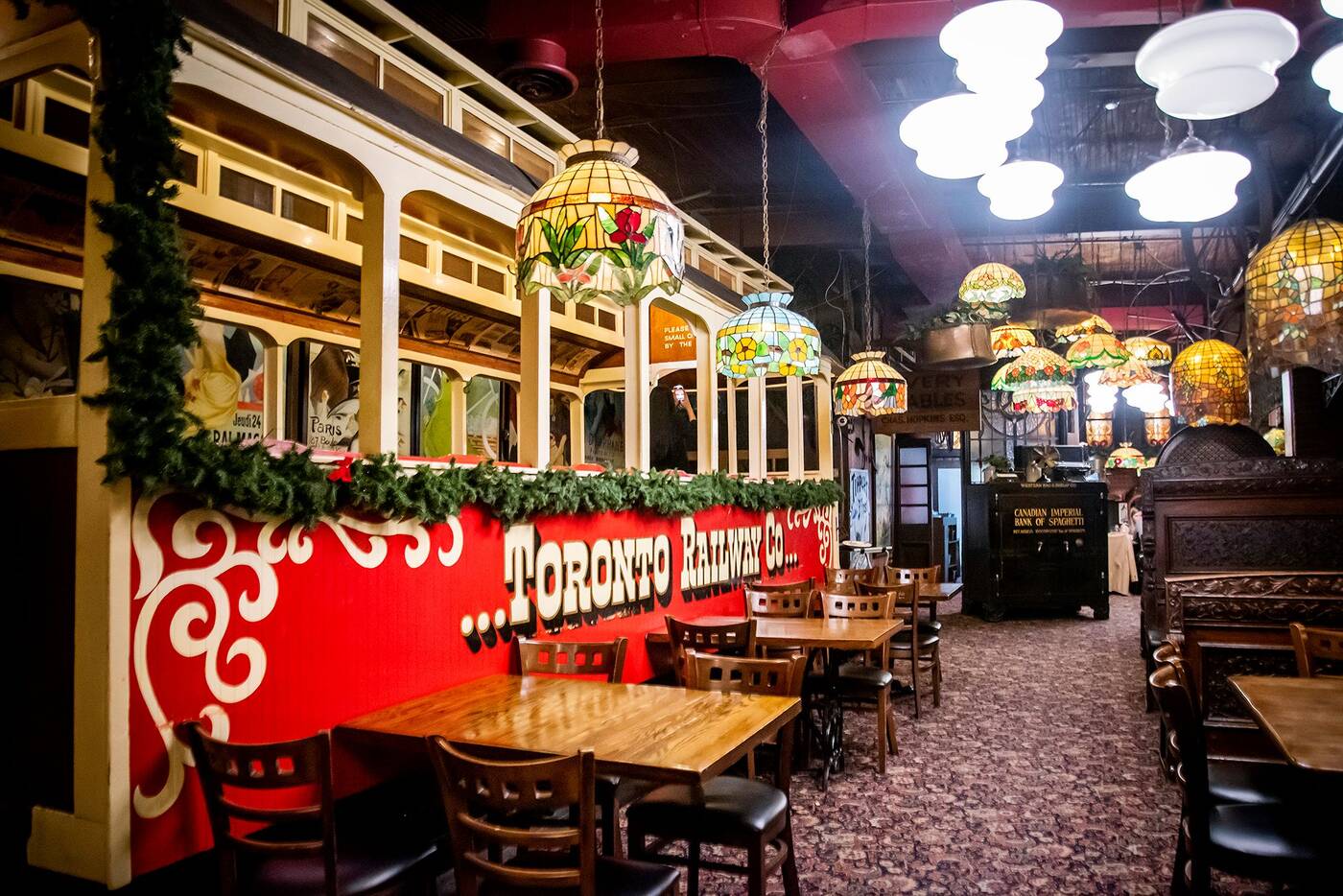 The inside of the restaurant has remained almost identical to how it looked 50 years ago, before this, the building was an old blacksmith shop in the 1800's.

It's sort of like one big vintage market, antiques, medieval art, an old telephone booth, and a carousel of 200-year-old horses, are just a few of the thousands of artifacts that surround you.

Church-stained windows encompass the walls and ceilings, designed with a mosaic of colours. 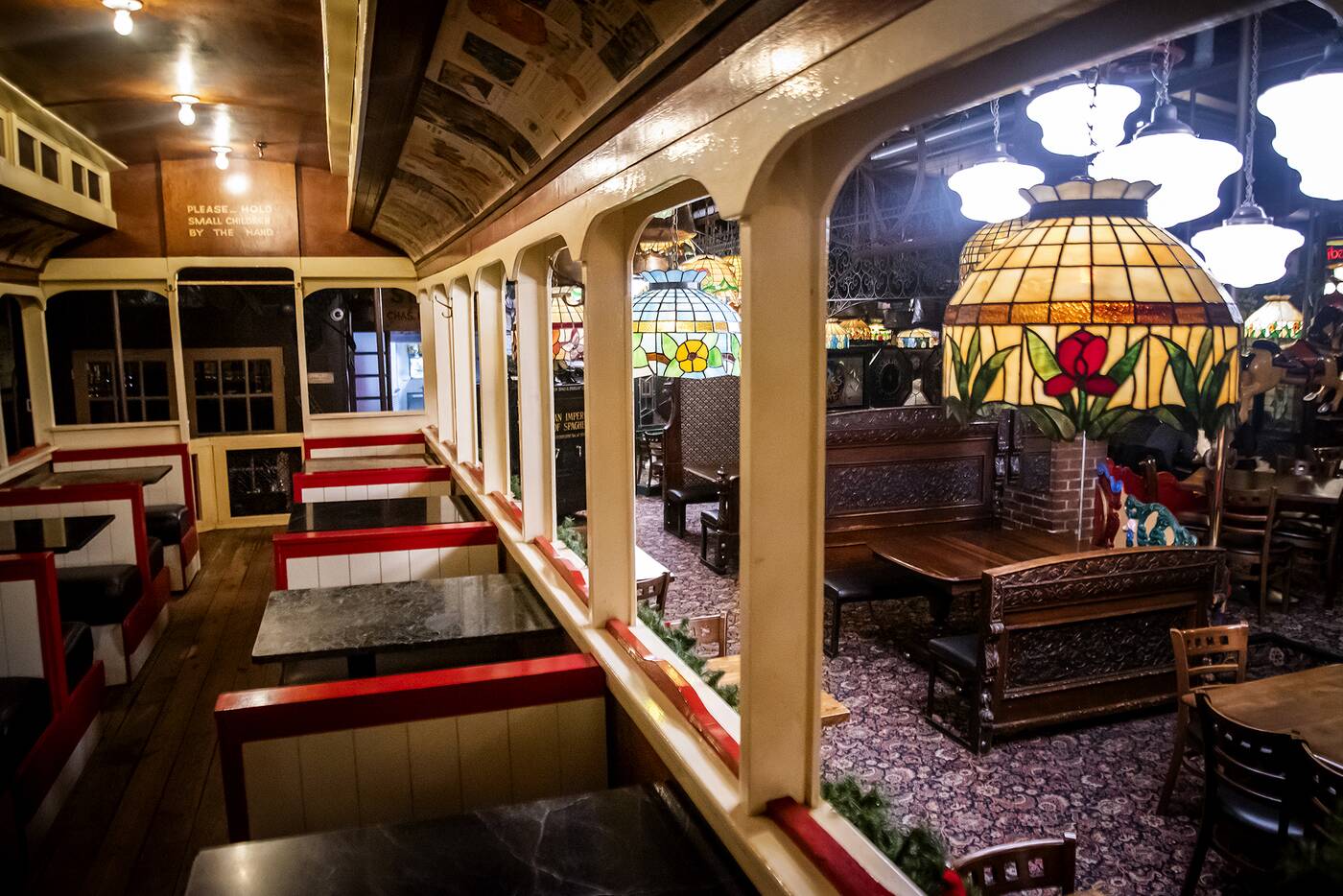 The most picture-worthy antique inside is an old streetcar, that was remodelled after the version that ran near Yonge and King in 1900.

You'll have lots to keep you distracted, even if you show up to the restaurant starving. The good thing is, all of Old Spaghetti's entrees include a soup, salad, bread, ice cream, and coffee or tea. 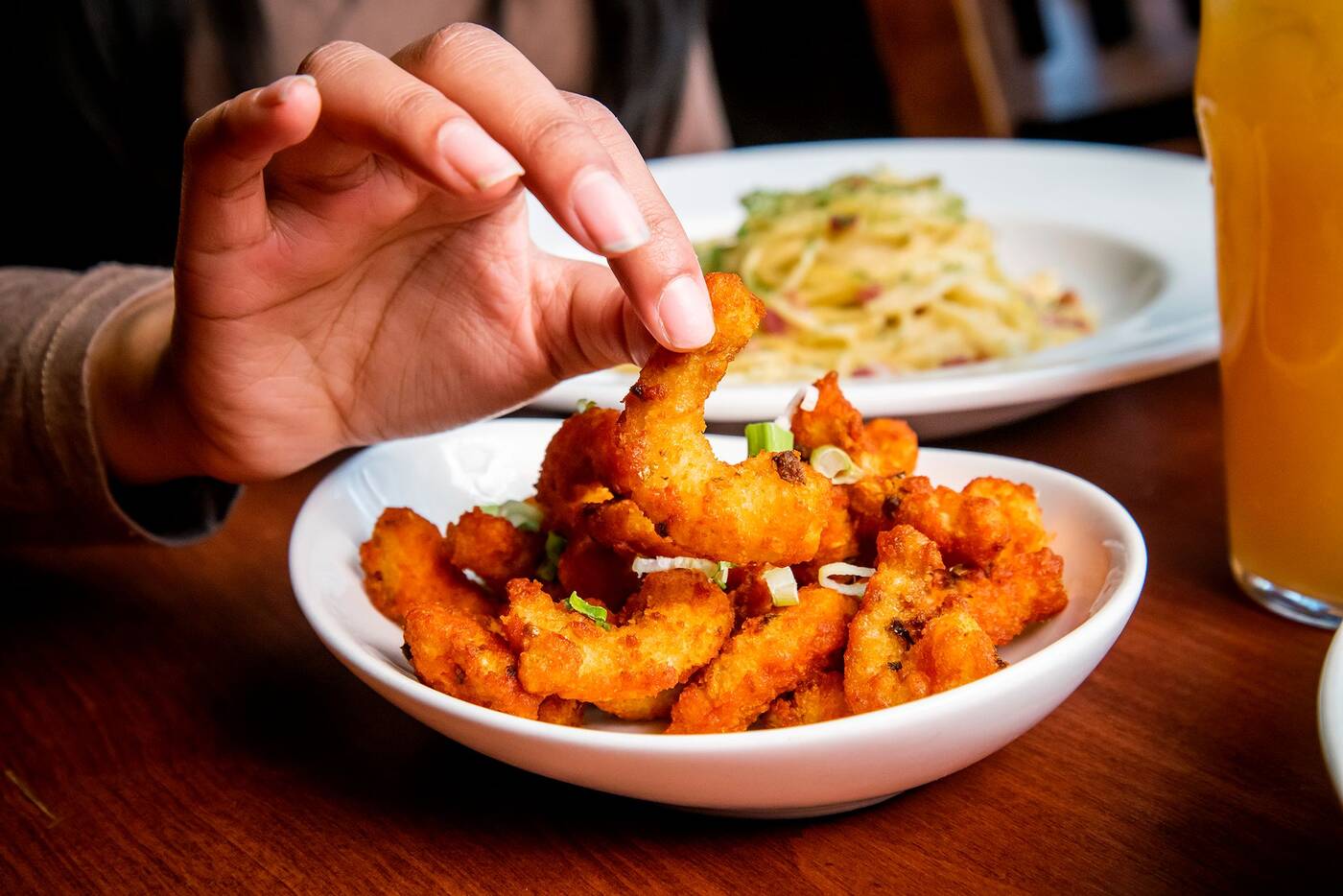 Bam Bam Shrimp ($11.00) is an addictive appetizer, easy to pop in your mouth, but beware of the spicy kick that comes along with it. Crispy breaded white shrimps are tossed in a Sriracha sauce and garnished with fresh green onion. 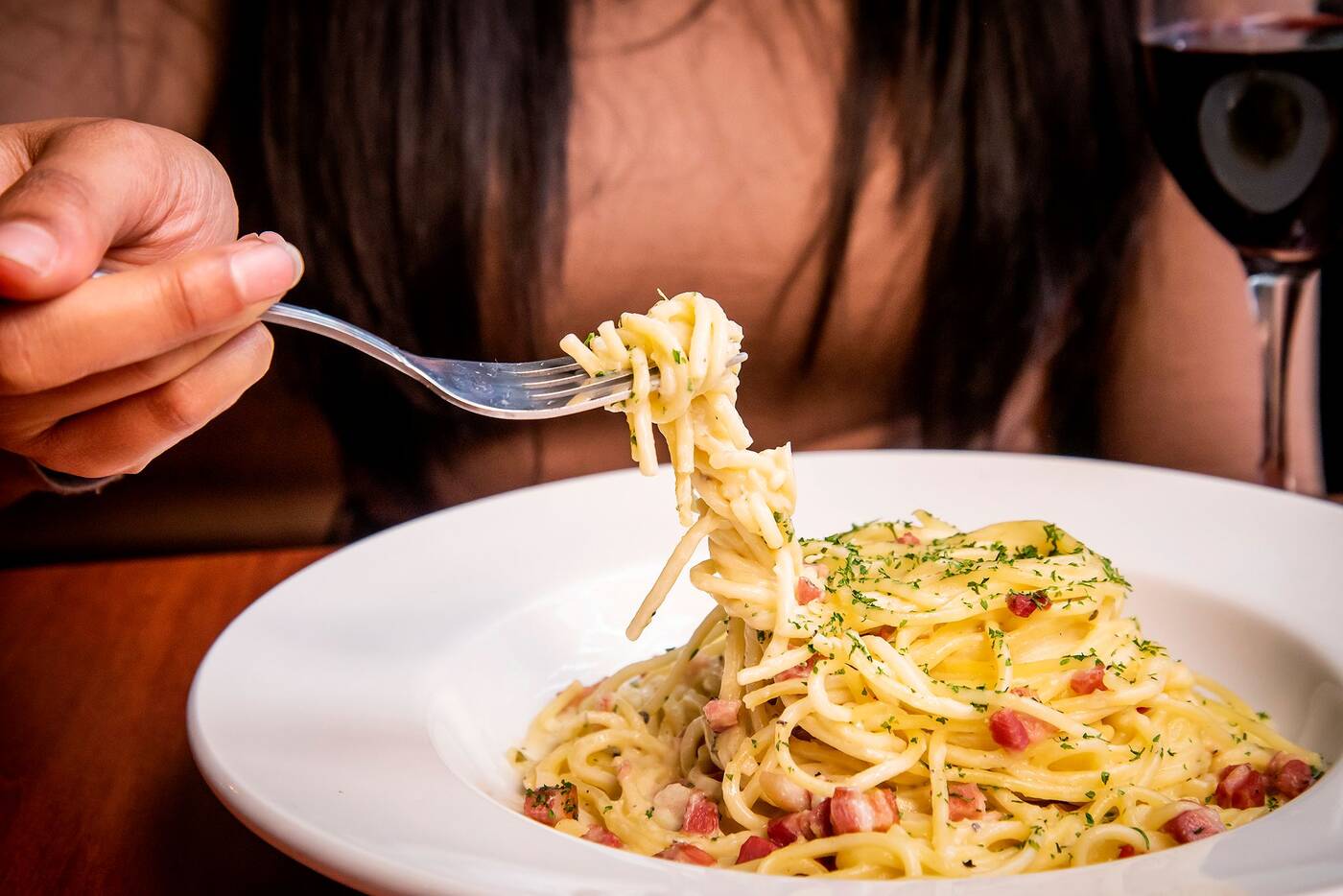 Spaghetti Carbonara ($24.00) is one of the more simple versions of the restaurant's famous spaghetti noodles. Its tossed with fresh egg yolks and parmesan cheese. Small cubes of pancetta are sorted on top, with black pepper and parsely to finish. 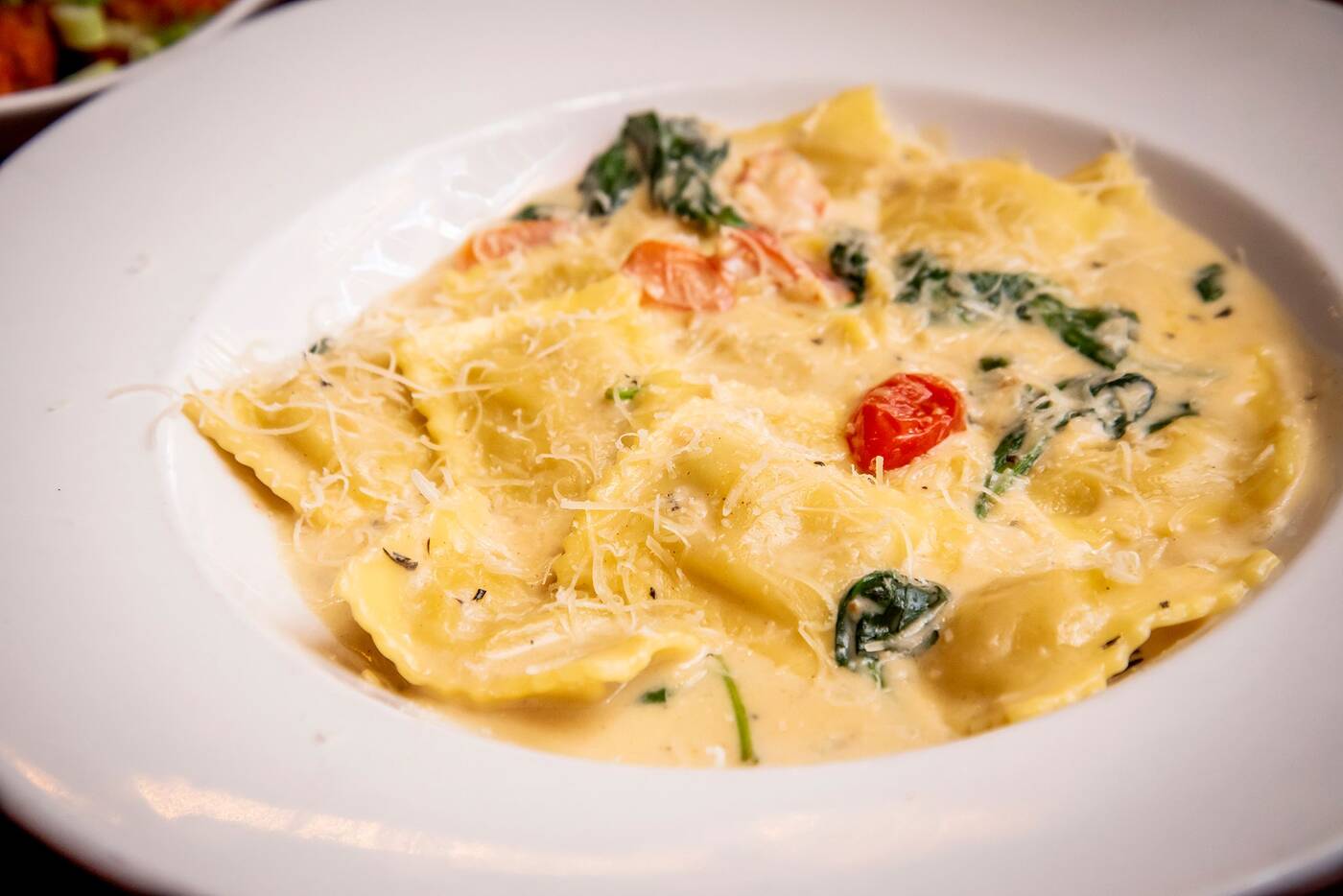 If you're looking for a creamy-based pasta, opt for the Factory Ravioli ($24.00). Each noodle is deliciously stuffed with butternut squash, caramelized onion and brie cheese.

Alfredo sauce is generously poured on top, with a mix of spinach and cherry tomatoes. You can get it with sauteed chicken or garlic shrimp for an extra $5.00. 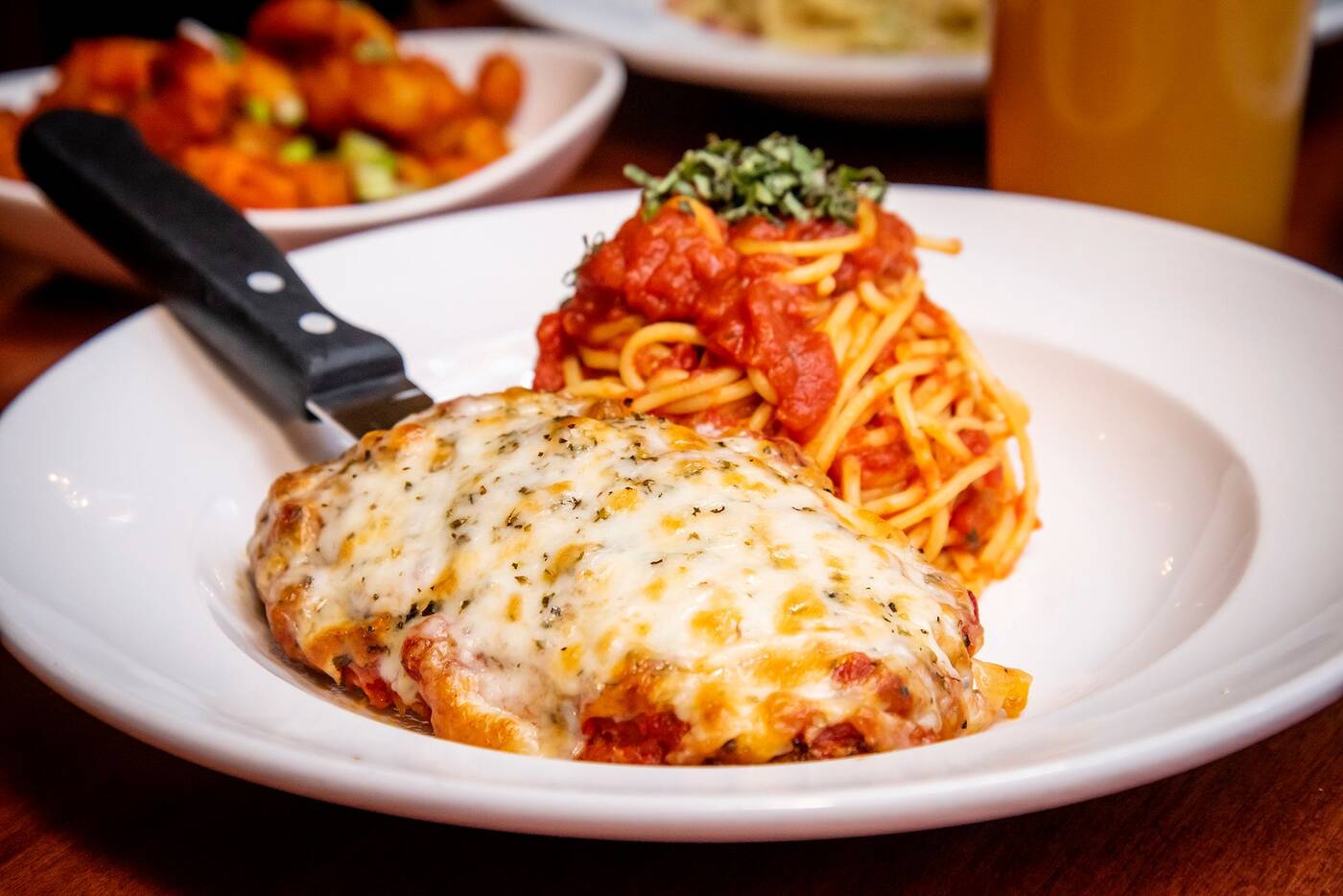 Bite into crispy edges of the Chicken Parmigiana ($26.00), a hand-breaded chicken breast is topped with marinara sauce. Mozzarella and Parmesan cheeses are melted on top, it's served with a pile of spaghetti tossed in marinara sauce on the side. 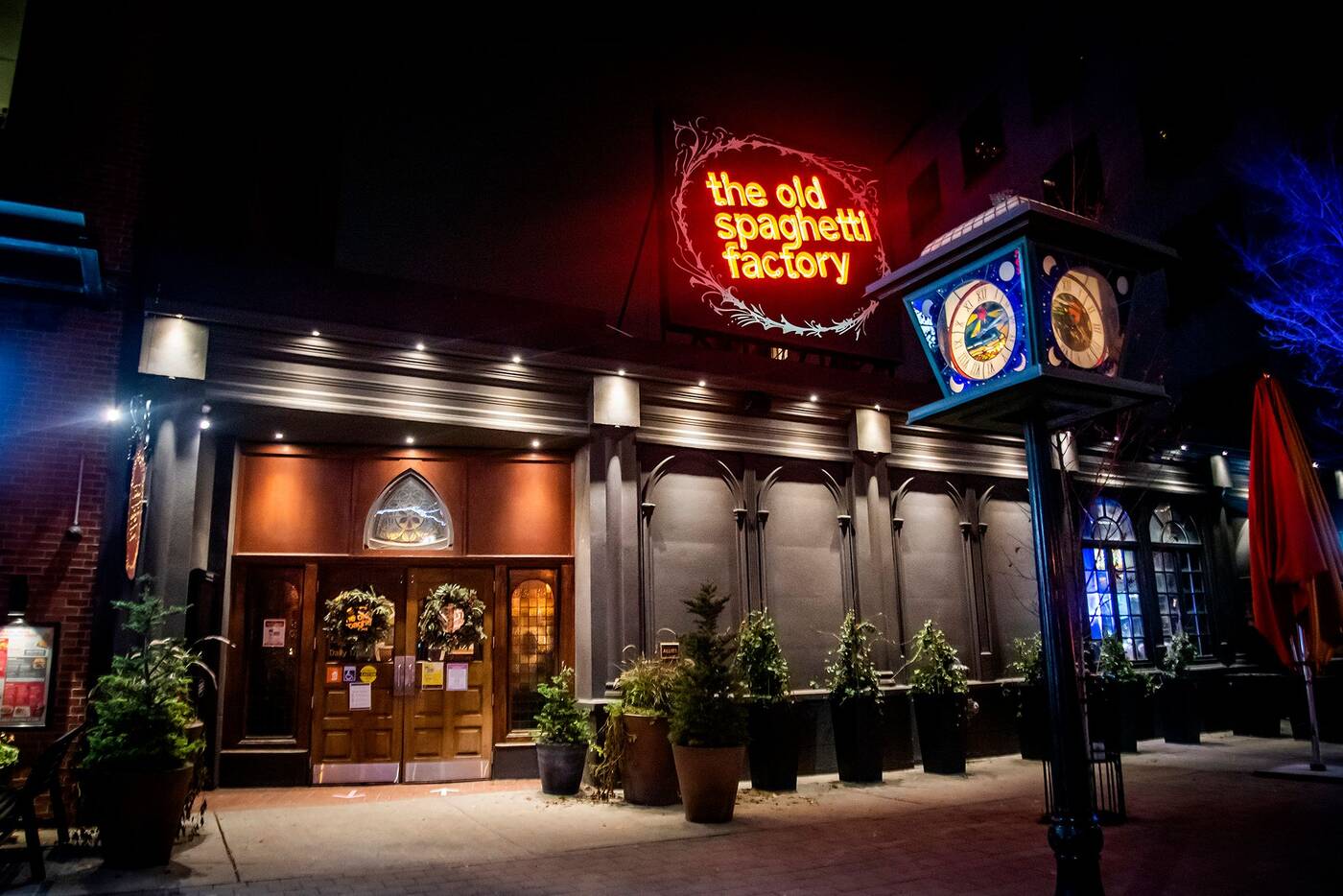 Old Spaghetti Factory has gone through numerous exterior changes over the years, but its large neon sign on top of the building has remained the same.