LJS Khasos is open for takeout and delivery. Masks are mandatory and hand sanitizer is at the entrance and counter.

LJS Khasos serves up an eclectic menu featuring largely Italian dishes like pizza and pasta alongside your typical pub fare of burgers and wings.

The Cabbagetown restaurant, which replaces Pear Tree after 27 years, comes as the third location owned by longtime friends, Thaso Sinnathurai and Shan Sairasa. 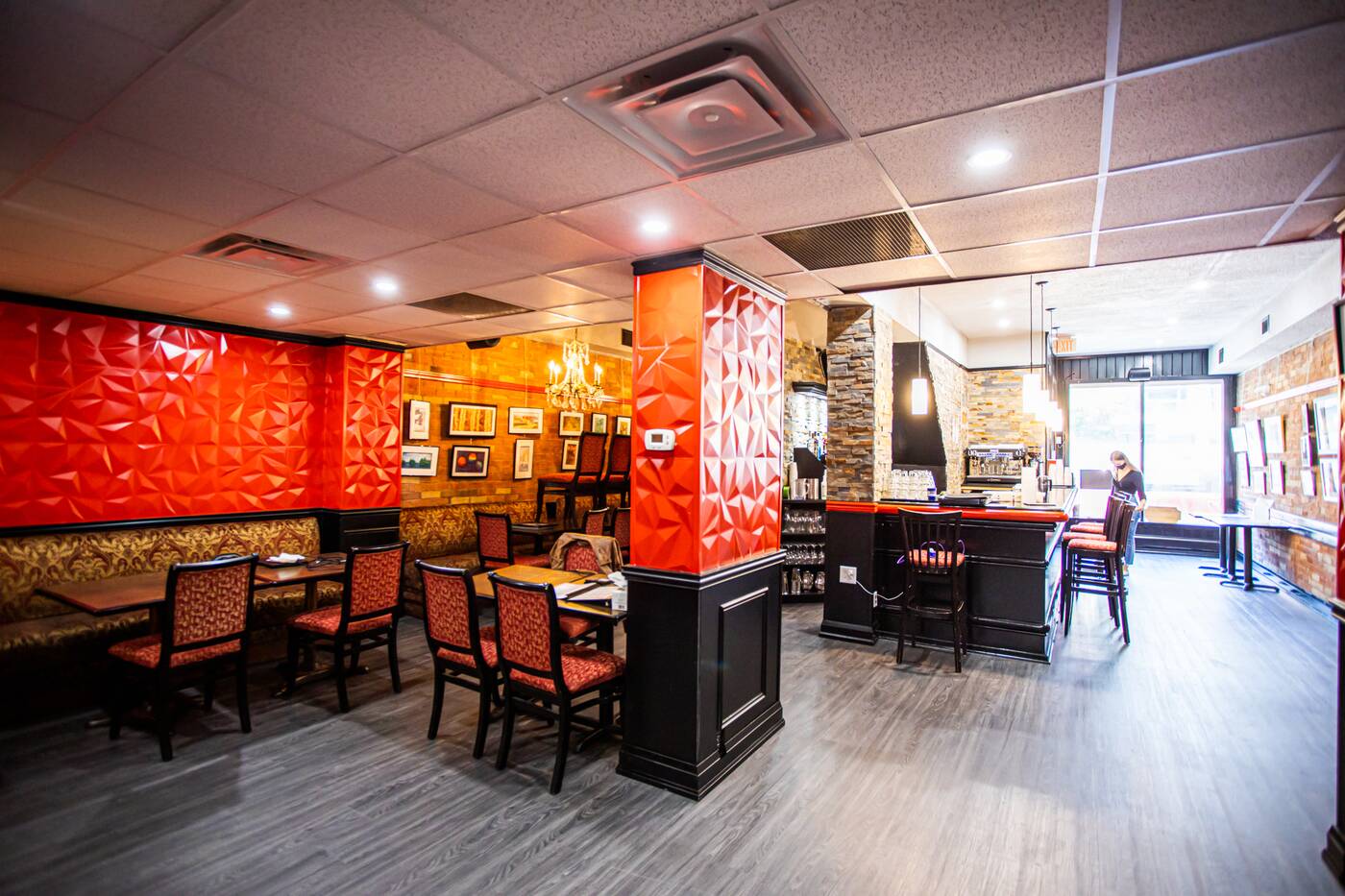 The pair first opened a pub four years ago, Liverpool John's, and an Italian ghost kitchen after that in Pickering. 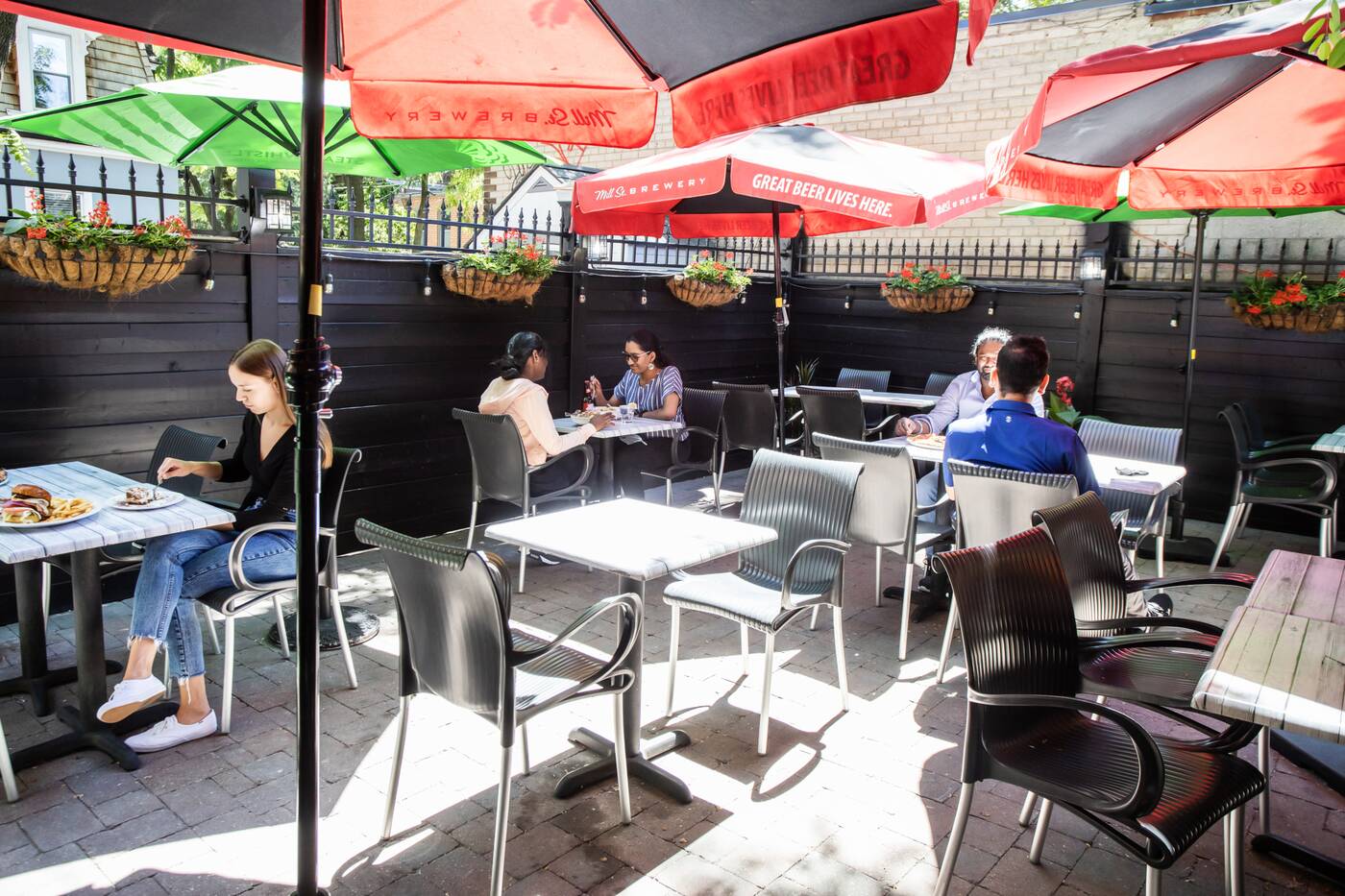 This spot, with red jagged walls featuring work from local artists and a hidden back patio, is a combination of both of the other restaurant concepts and is likely to have something for everyone on the menu. 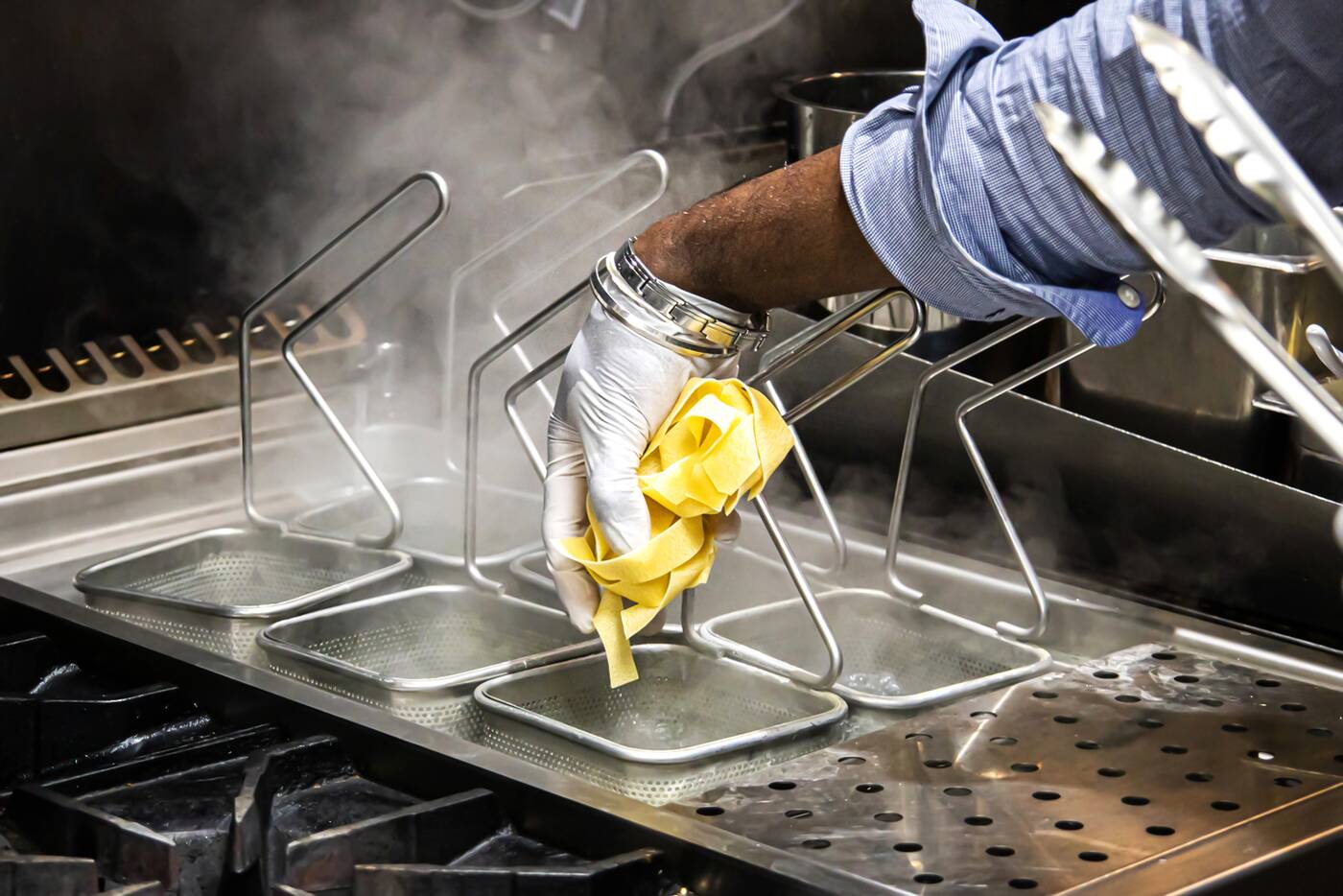 Sinnathurai puts more than 15 years of experience as the kitchen manager at Terroni to use when it comes to whipping up the different kinds of pasta and pizzas on the menu. 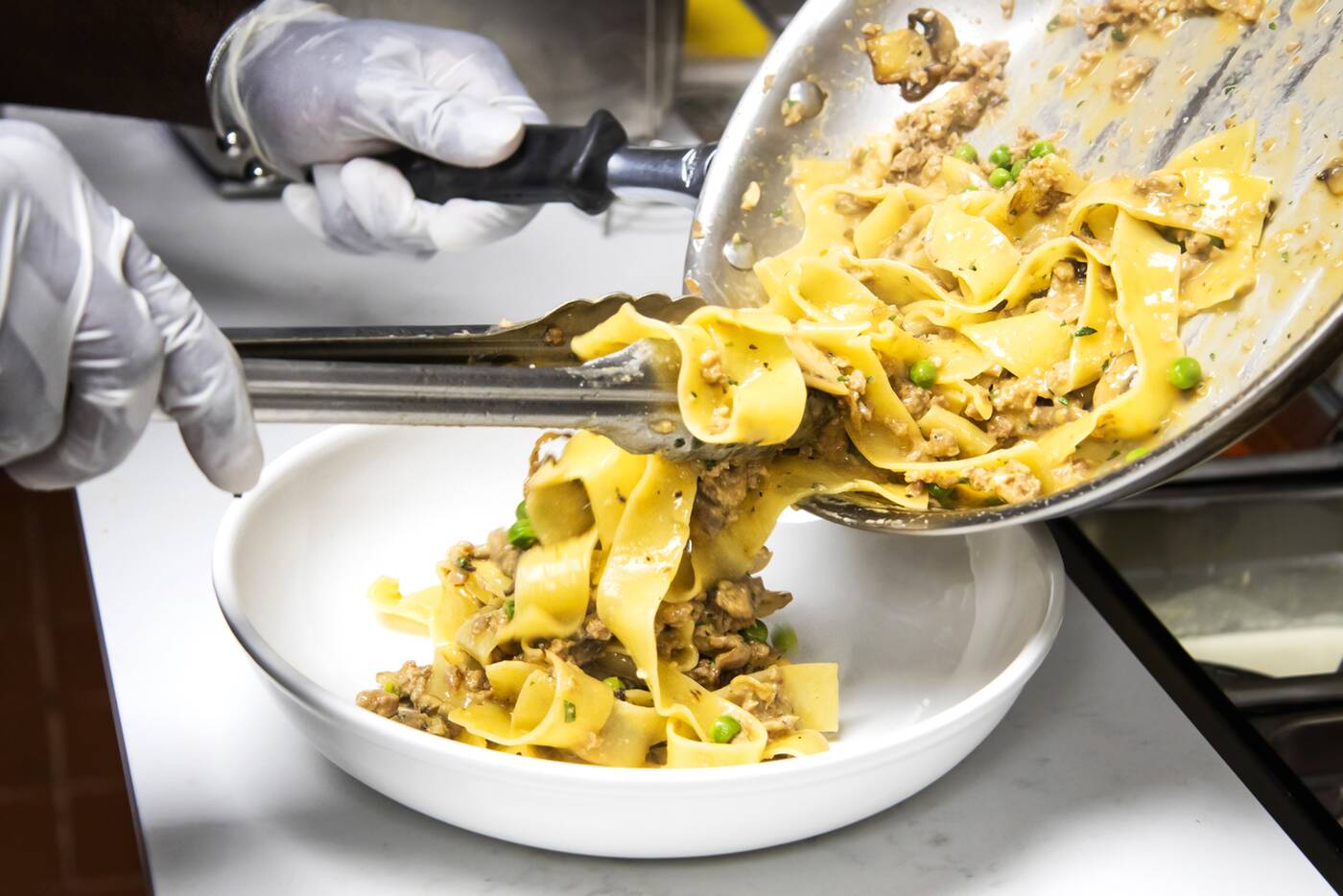 They make the noodles fresh for each of the pasta dishes including spaghetti, penne, ravioli, fettuccine, tortellini, and pappardelle, which features in the one we try. 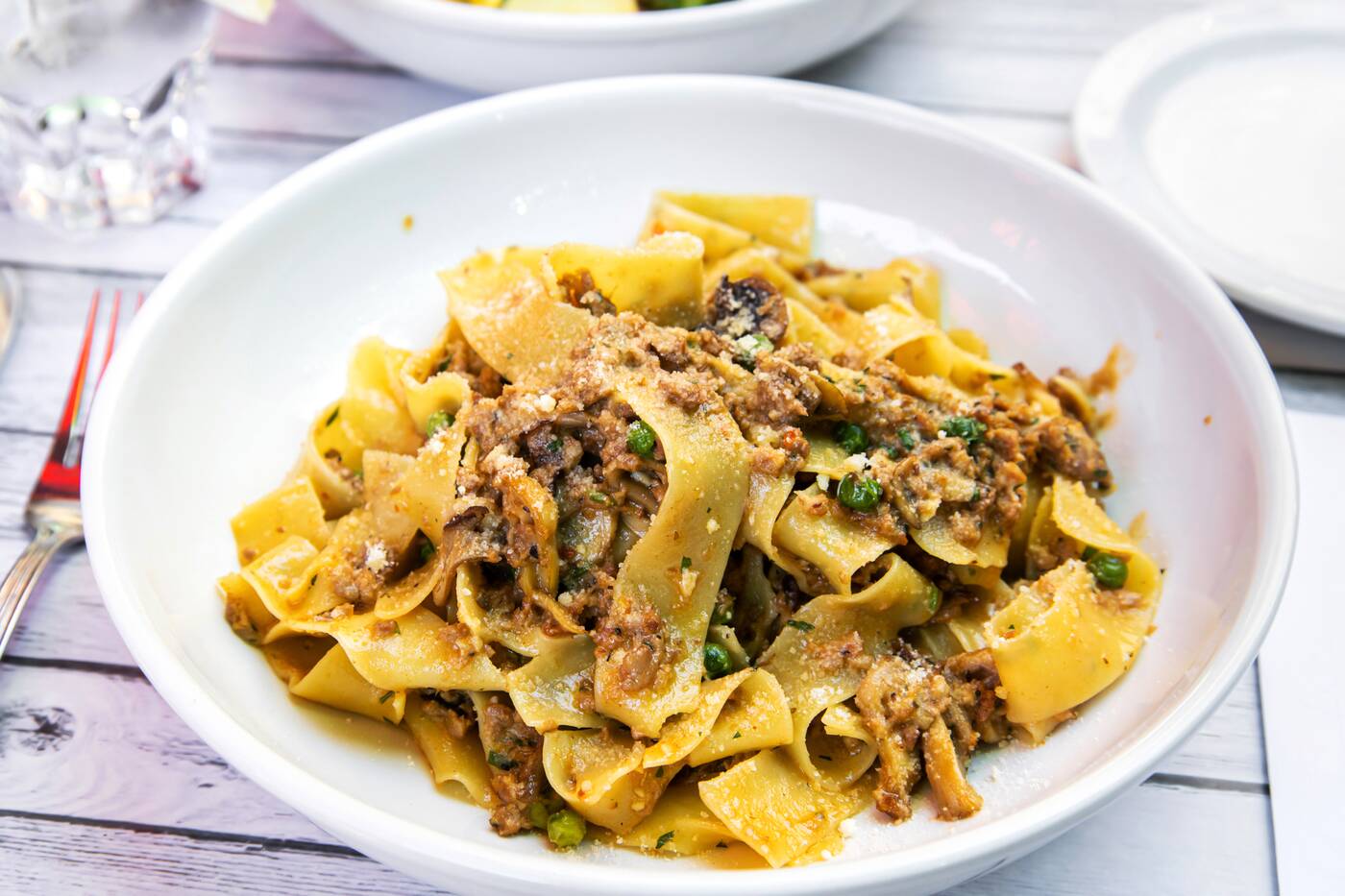 The pappardelle alla iosa ($19) comes with a portion that makes up for the cost. Homemade spicy sausage, oyster, button mushrooms, peas, parmesan and garlic make up the flavours in this bowl of broad flat ribbon noodles. 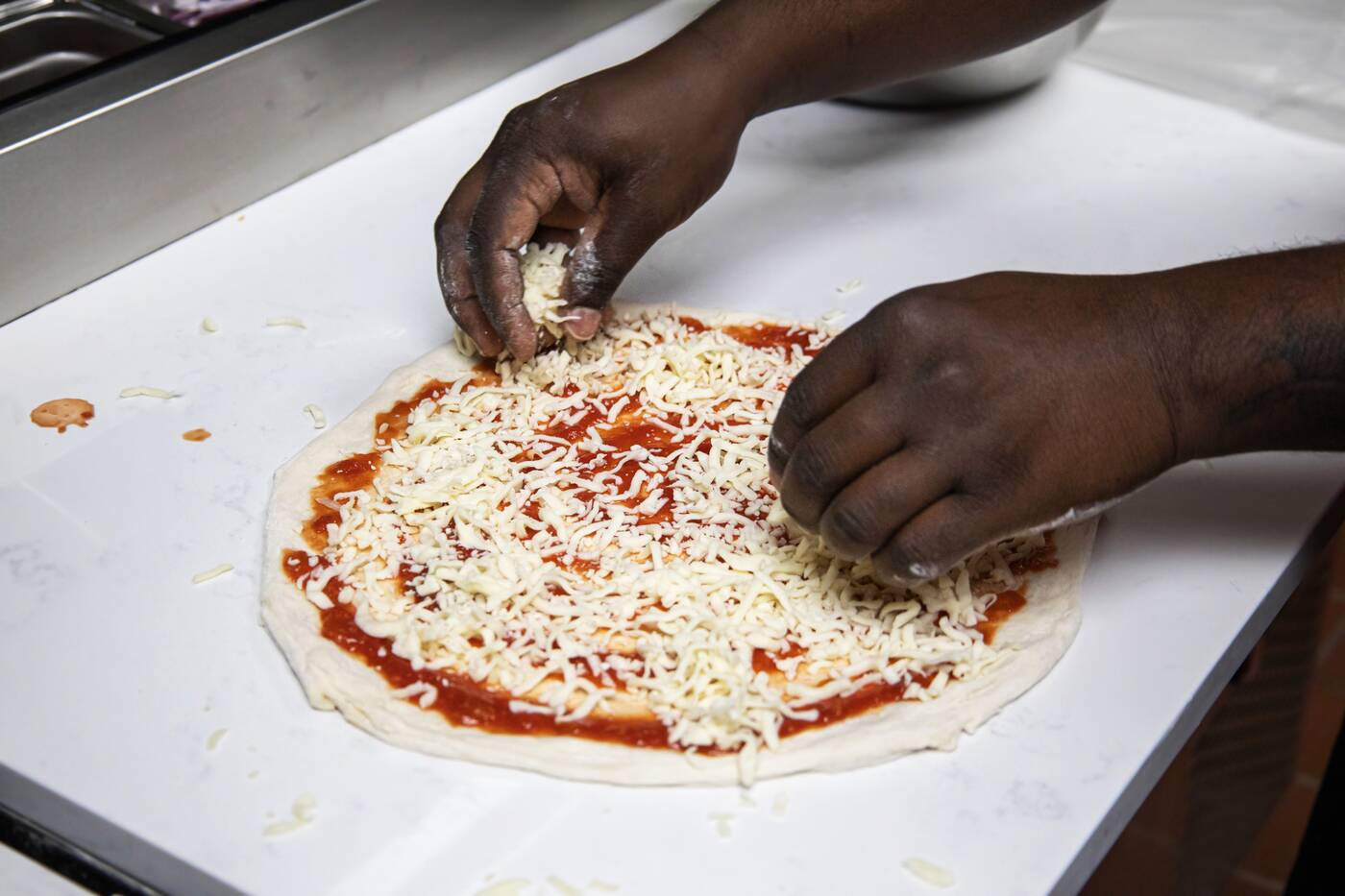 There are also around 15 pizzas on the menu, which are each prepared with aged dough that's rolled by hand and tomato sauce, made fresh from crushed Italian tomatoes. 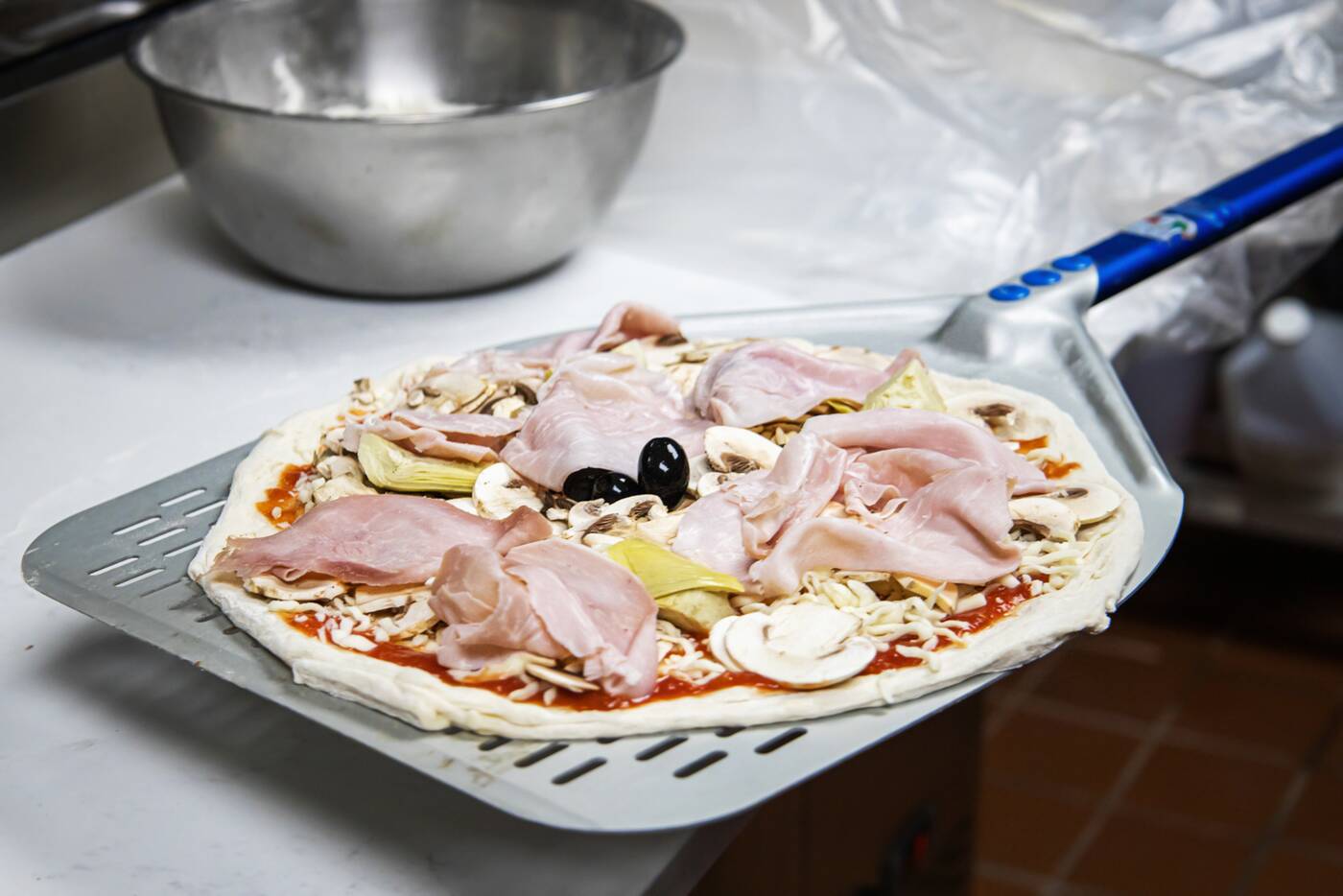 The Naavya and Chiara pizzas are named after Sinnathurai's two daughters while Pear Tree is a nod to the restaurant and neighbourhood fixture that was here before LJS Khasos. But we go for one of the recommended classics: capricciosa. 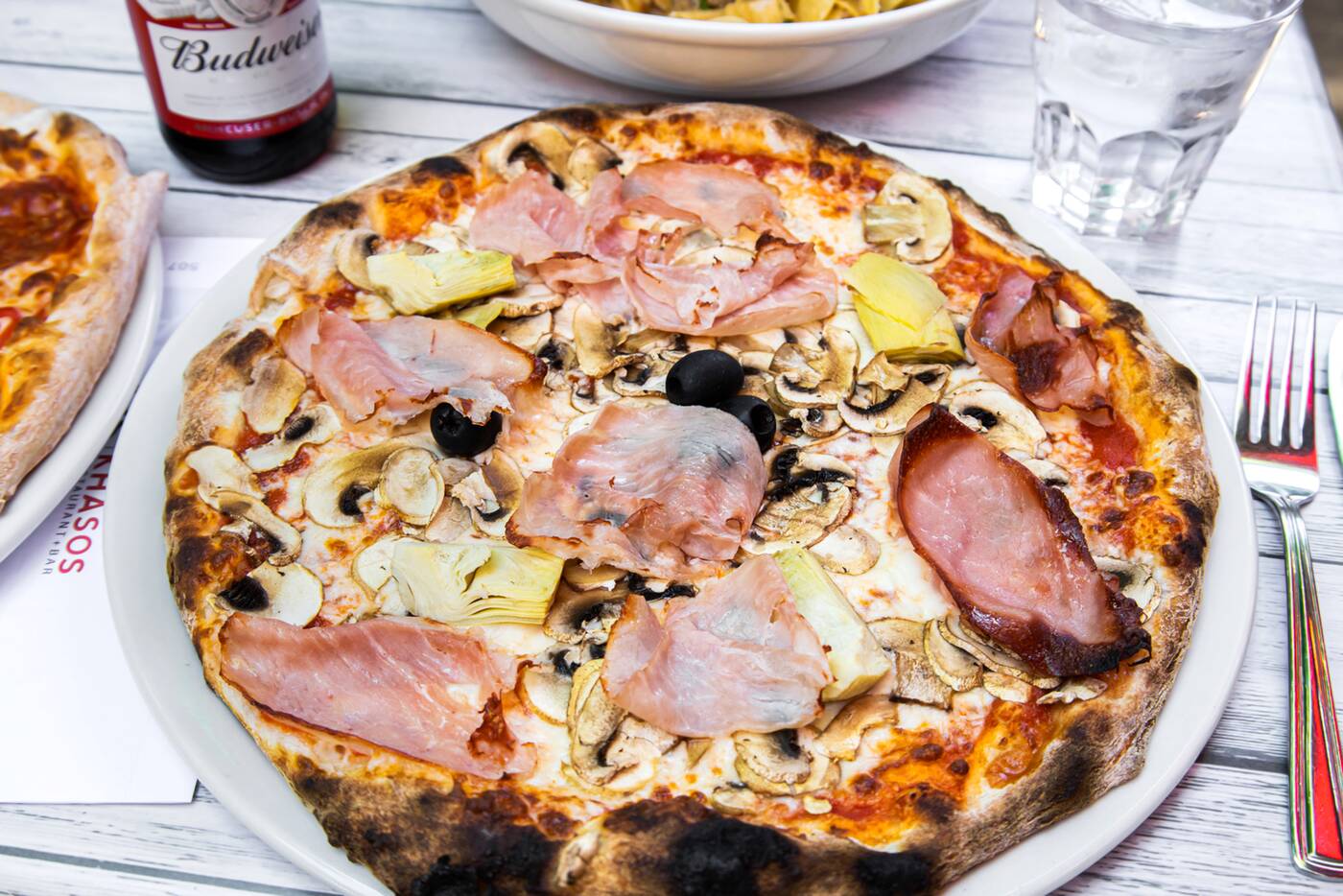 This one gets their homemade tomato sauce, mozzarella, mushroom, artichoke (which could've been distributed into smaller pieces around the pizza), olives, and Italian smoked ham. The pie comes at about 10 inches in size and features a thin crust. 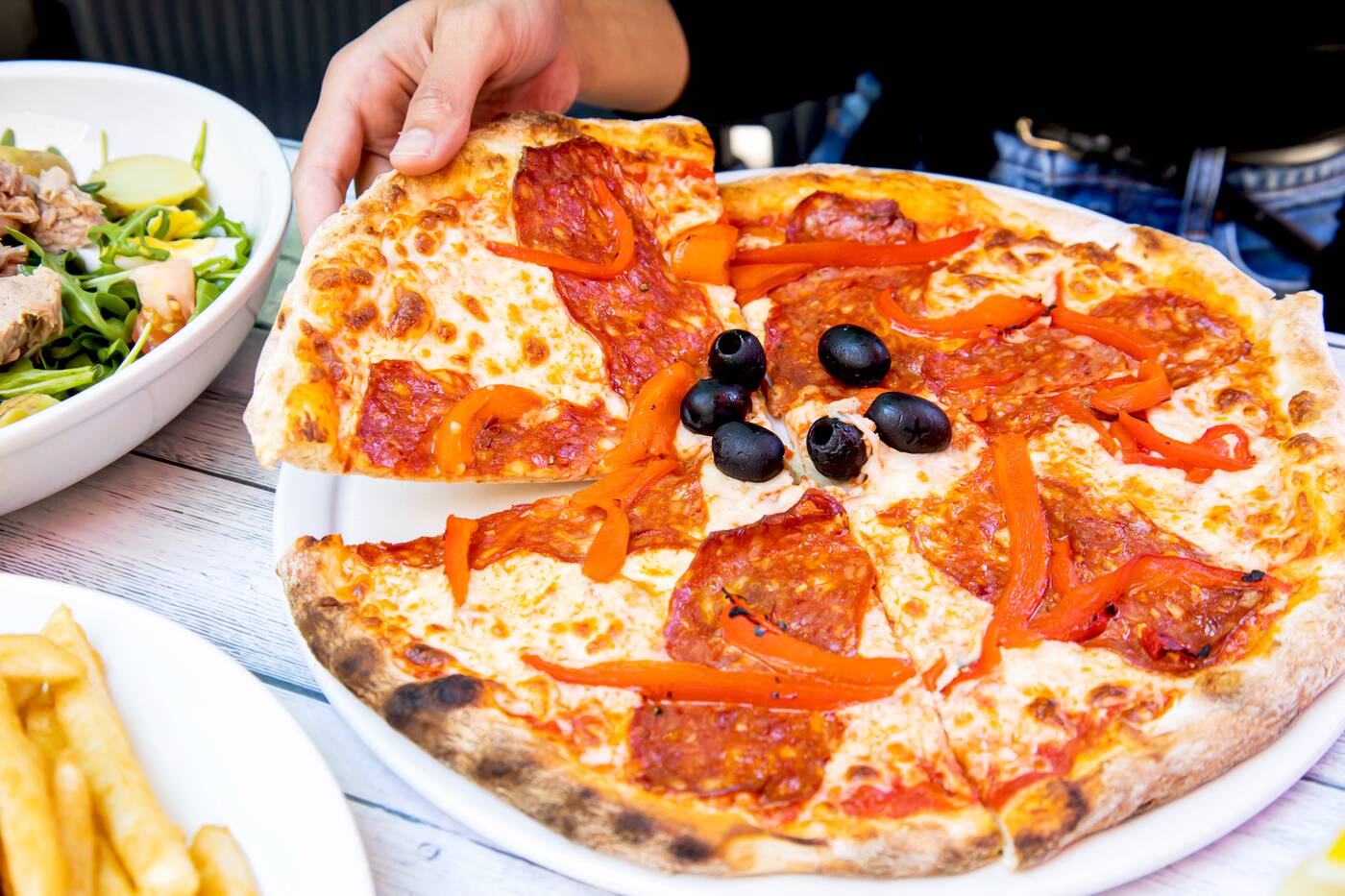 The soppressata ($19) is another popular option that has mozzarella, roasted red pepper, hot calabrese salami, garlic and black olives. 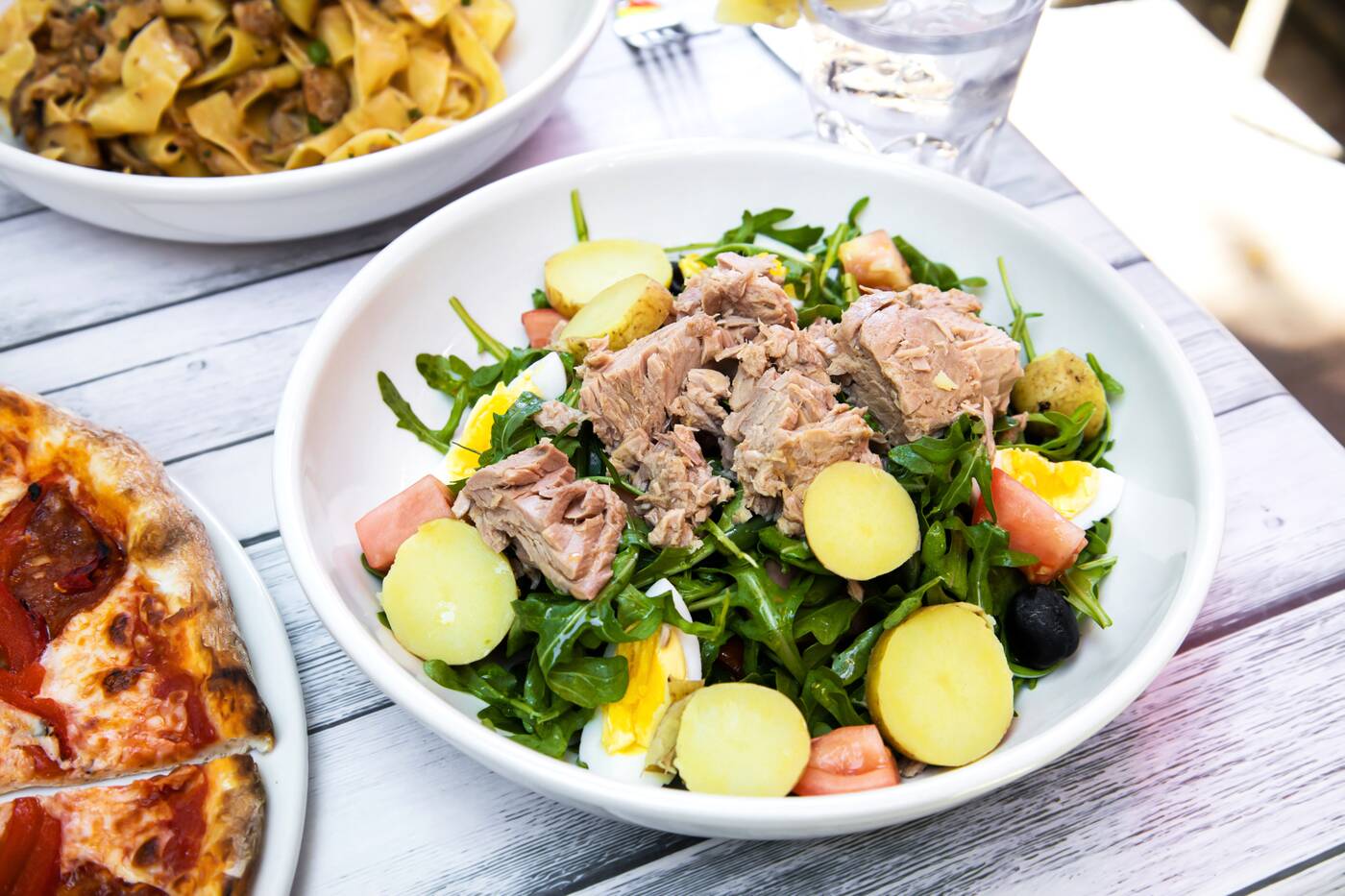 If you're looking to share one of the pizzas but fear that it won't fill you up, adding on one of the salads is an option. 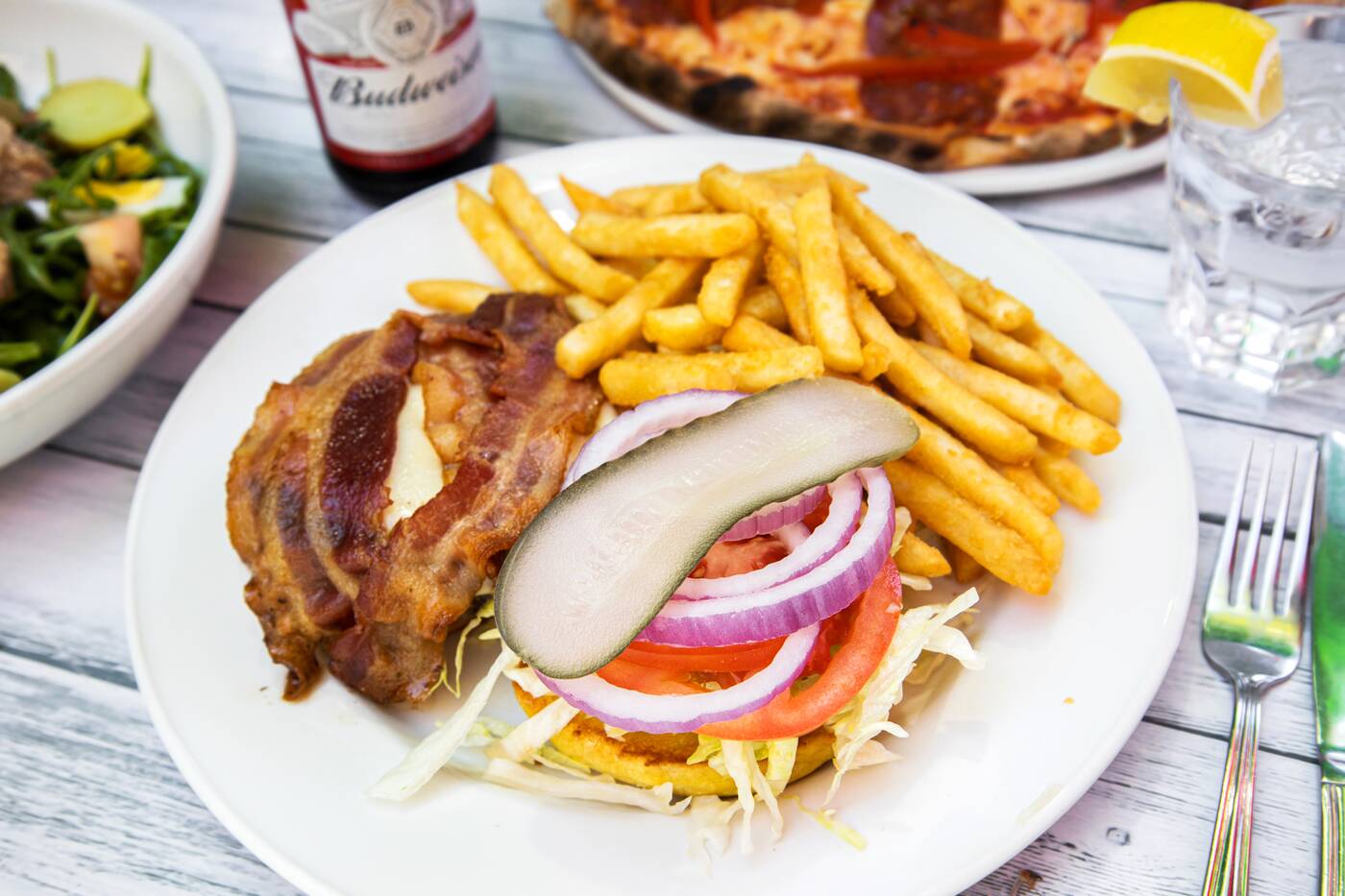 They have plenty more food on the menu that you'd likely find at a casual pub or grill if that's more what you're in the mood for. This goes for the Khasos BBQ burger ($17). There's also a plant-based alternative for those looking to skip on the meat. 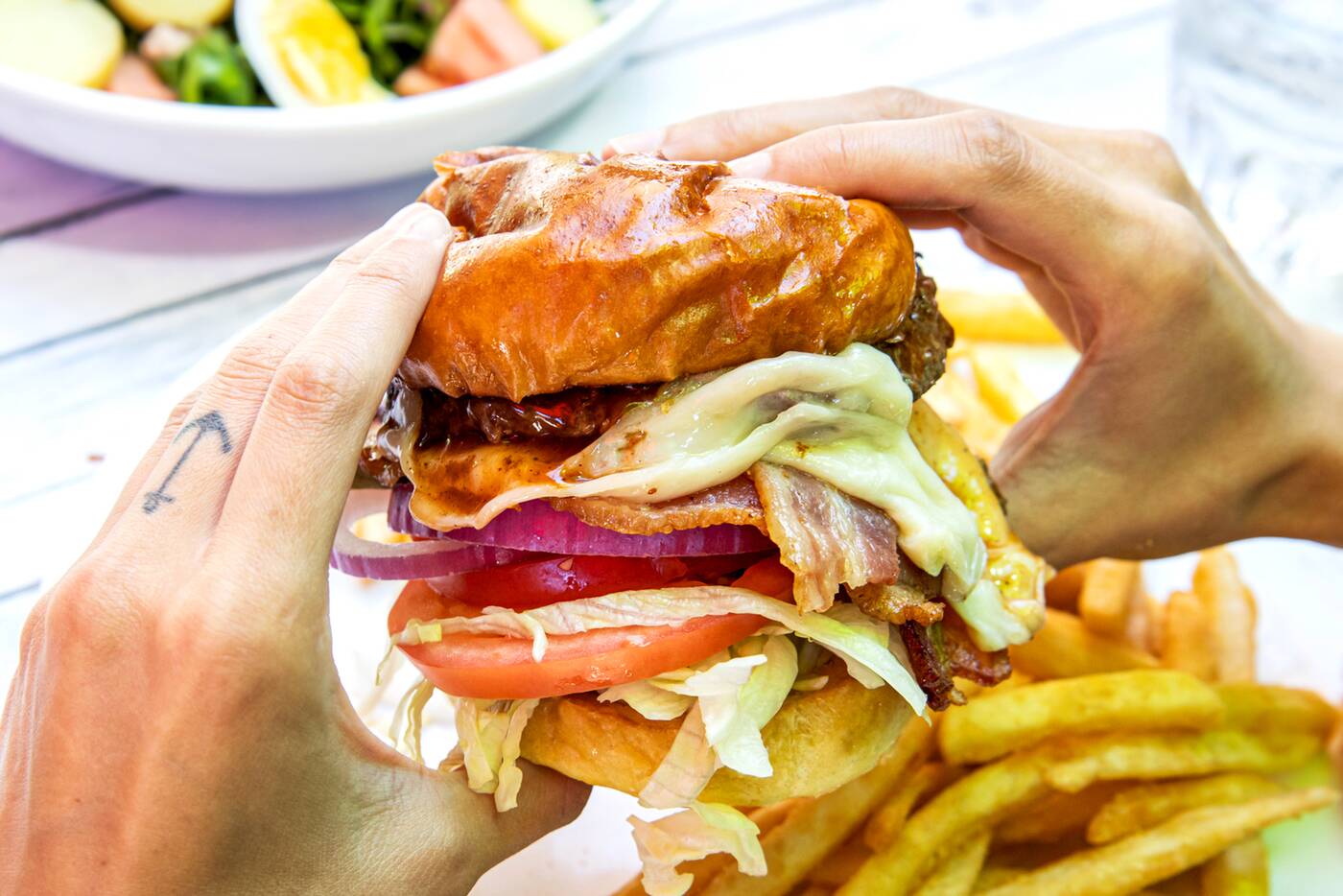 The Khasos burger is difficult to get your mouth around piled with bacon, swiss cheese, lettuce, tomato, onion, pickle between a soft (and tad sweet) brioche bun. The fries are also nice and crispy. 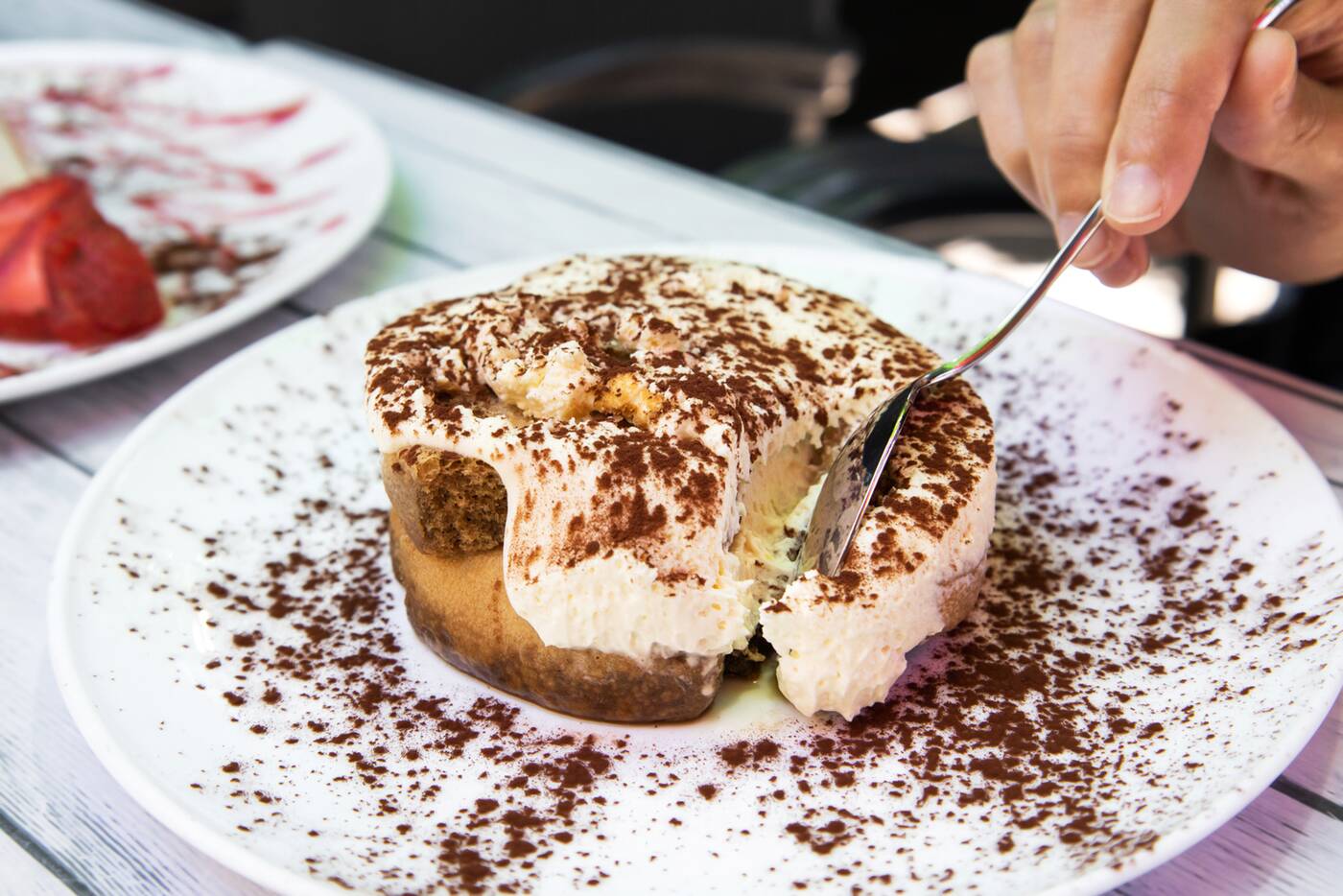 For that of the sweeter selection, the tiramisu ($9) is a perfect finish to the pasta or other Italian dishes. Espresso-soaked ladyfingers is the base holding the chocolate and cream cheese topping. 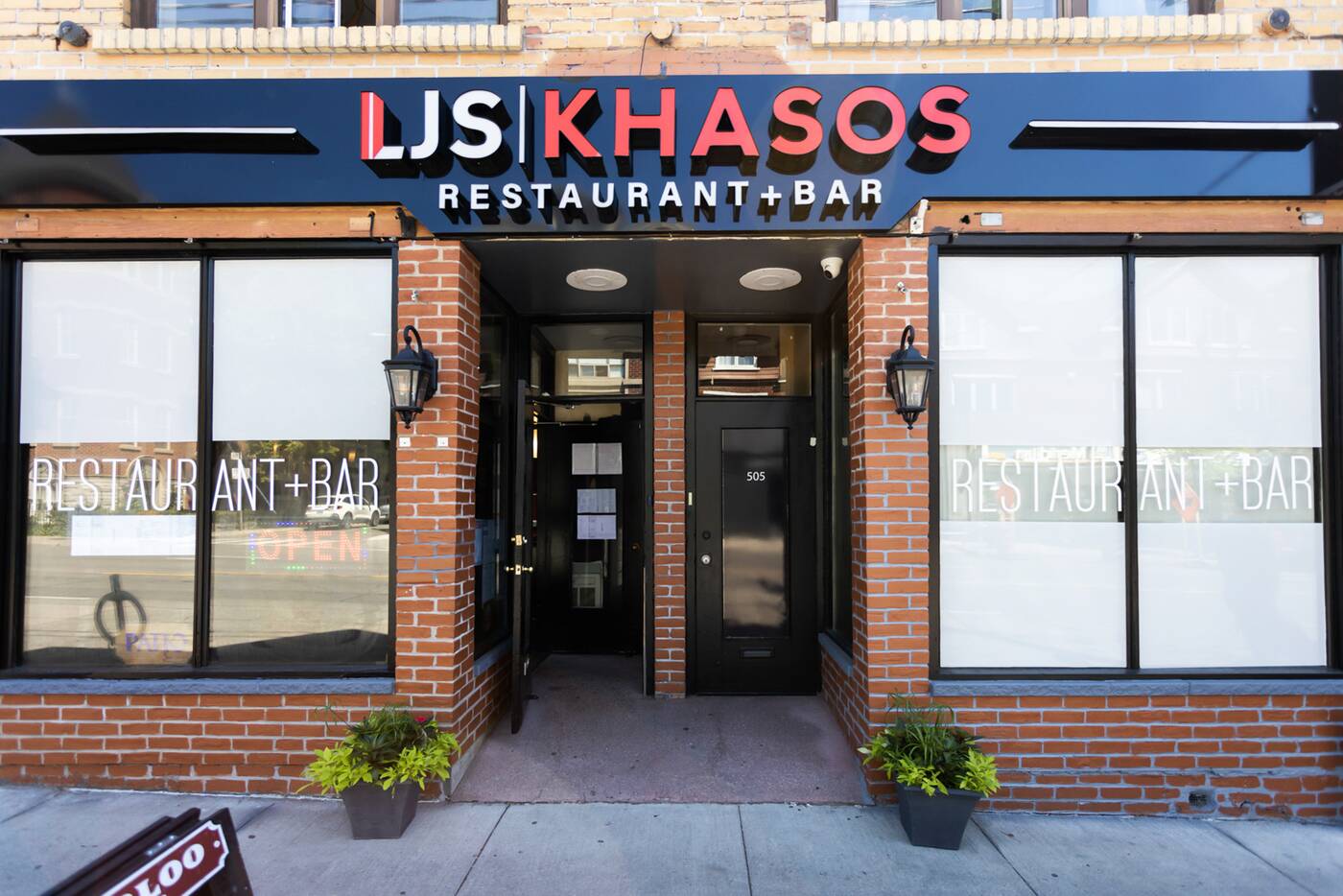