Levetto has opened its first downtown Toronto location at the base of a condo that faces 99 Sudbury. It's the fourth in Ontario for the fledgling chain, initially launched under the name Trambusto and reported by local press as being backed by former Premier Mike Harris .

Executive chef Shahir Massoud admits that the ex-Premier is friend of one of the founding partners, but downplays any involvement. There's also been major upheaval (creative differences, partnership splits, rebranding) since inception, and no one is keen on elaborating.

However, the early press was kind of a blessing - the promise of a multiple locations was a great bargaining chip when negotiating with suppliers, and the savings are evident on the menu. This might just be Levetto's best feature; the portion size to price point is impressive. 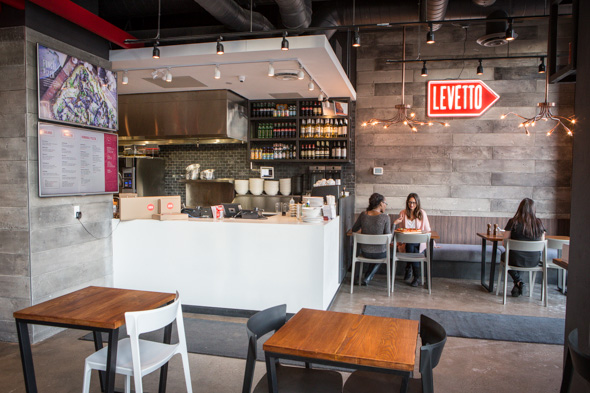 The restaurant's sole goal is to give diners what they want in a casual setting, familiar foods like salad, pizza and pasta, served at a cost that makes it feasible to eat out frequently.

Levetto isn't trying to be Terroni - this isn't precious Italian food, it's big bold flavours yielded with little to no restraint and aggressively seasoned. No one can accuse these guys of skimping on toppings, that's for sure. 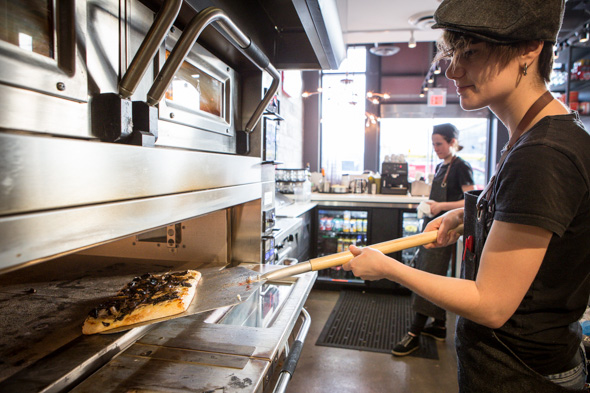 The pizzas are available in three sizes ranging from small ($6.50-$8.50), medium ($12-$16), and large ($24-31). Built on thick rectangular slabs of dough, the chain par-bakes them in trays at a central location, then ships them daily to each outpost where they're topped and finished to order.

The bottom of the crust is crispy and a little greasy (my closest approximation is the pan pizzas of Pizza Hut), and it's got some rise to it, so it's puffy and full of steamy air pockets. 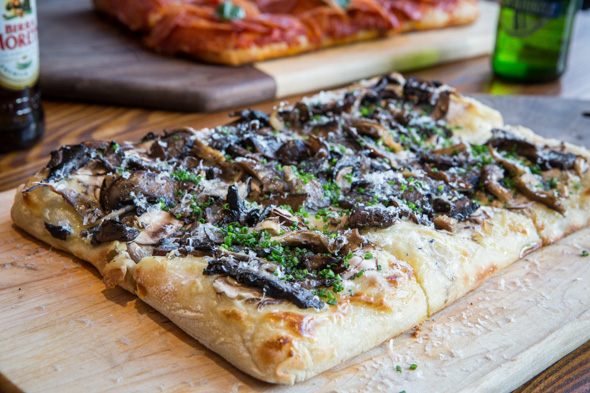 The combinations of toppings are intriguing. There's the ultra rich funghi, featuring mixed mushrooms over a roasted garlic mascarpone, while on another pie, spicy soppressata is blanketed over sweet crushed tomatoes and fior di latte.

My favourite is the prosciutto, which balances a salty layer of speck with a sweet medjool date sauce and is finished with almonds and arugula. 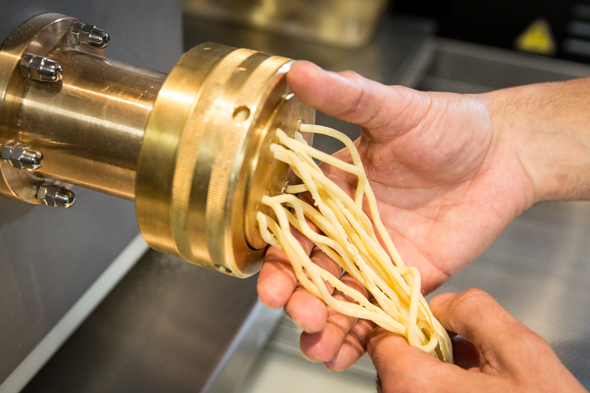 The pastas are a highlight - each Levetto is equipped with its very own extruder so noodles are made fresh on site and the result is a variety of shapes that are each dense, chewy and delicious. 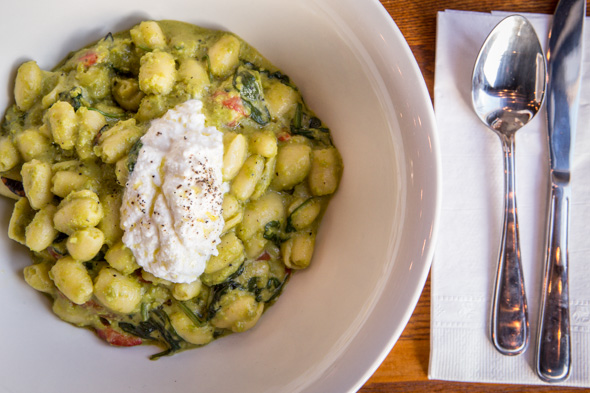 The cavatelli ($11) is thoroughly coated in pea pesto, tossed with red peppers and baby spinach then topped with a generous dollop of ricotta. White truffle oil is the only unwelcome addition - it overpowers my sense of smell to the point where everything that follows tastes like it, too, and it even follows me home. 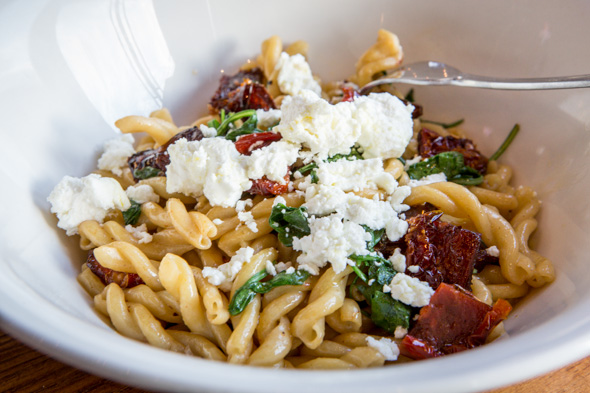 More successful are the trecce ($8.50) where the slippery noodles are coated with garlic infused olive oil and simply paired with sun-dried tomatoes, peppery arugula and crumbled goat cheese. 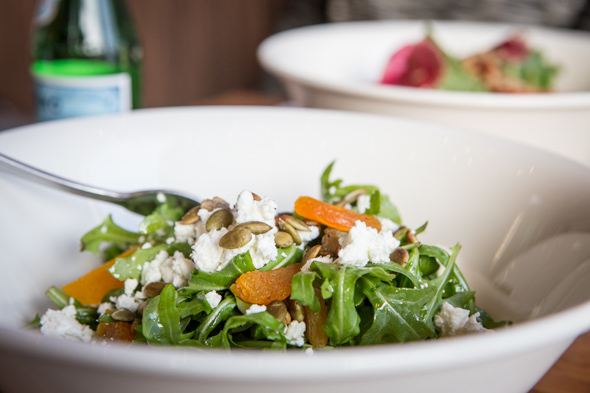 The health-conscious should probably just stick to salads ($8-$9), of which there are at least five choices. Enjoy as-is or with add-ons like chicken breast ($4.50), Italian sausage ($3) or chicken sausage ($4).

The bar menu lists a handful of Ontario and Italian beers ($5-$6) and wines by the bottle ($30-$39) or glass ($6-$8.50). The eatery is outfitted with seats for about 30, while take-out is a big part of the business and delivery is a few weeks away. Another location is already in the works at College and Dovercourt and will launch in the months to come. 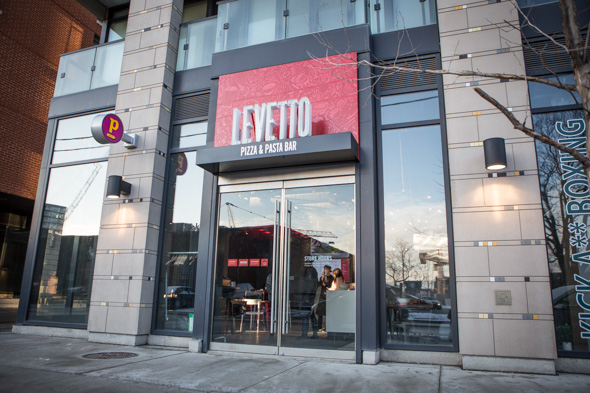