La Paloma has been serving some of the best gelato in Toronto since 1967.

It’s all made from scratch in house and tastes closer to real Italian gelato than any other I’ve had in the city. Open from 7 a.m. until 11 p.m. during the summer months, samples of over 75 rotating flavours are freely offered here. 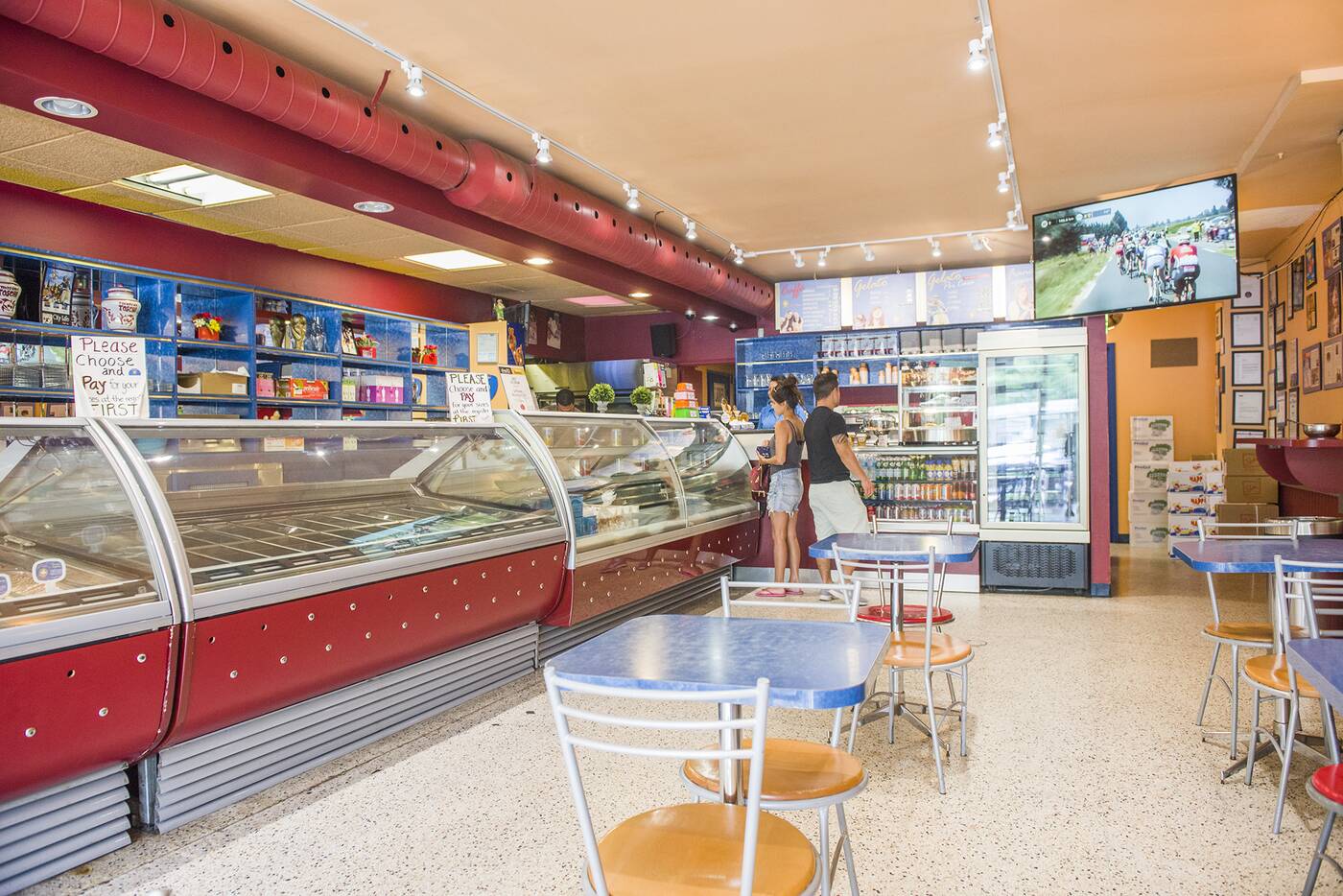 I’ve been coming here since I was a kid, and not much has changed over the years. There’s still ample seating, and the same fading-yet-iconic Mediterranean murals. 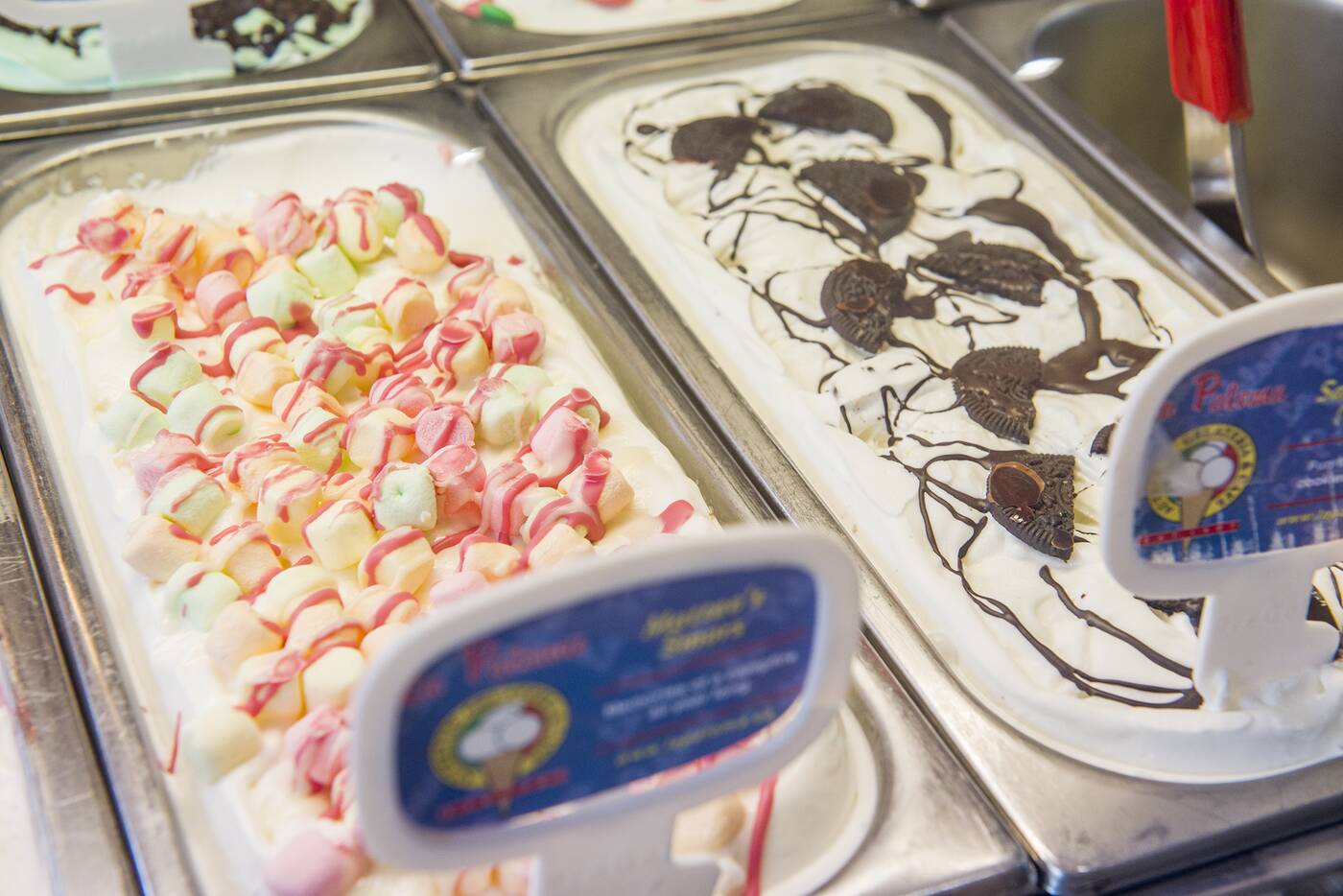 Rectangular metal tubs of gelato (beautifully decorated on top in classic form) constantly rotate in and out of cases. 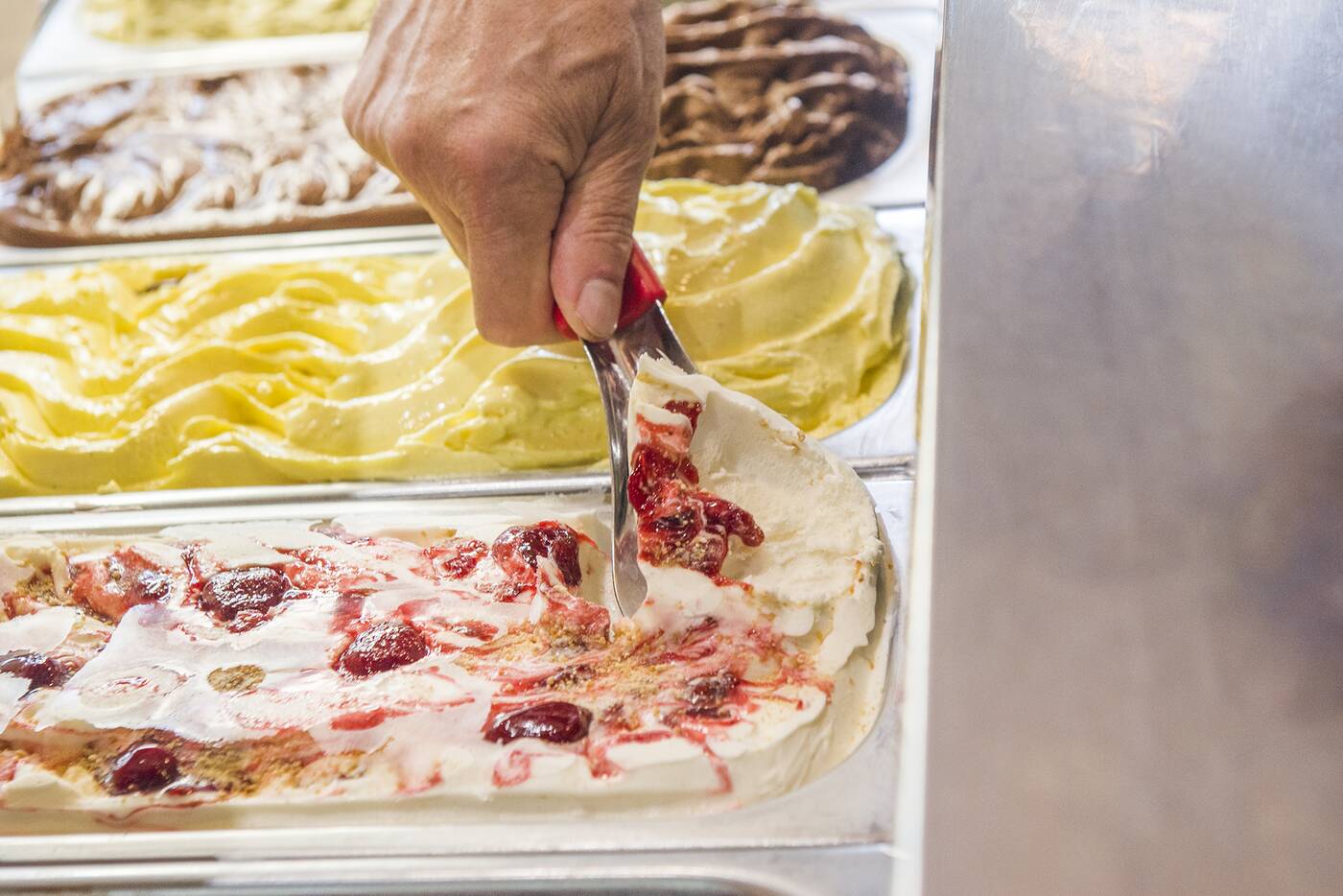 Though there are about 75 flavours in total, during an average visit you can expect there to be about 40 - 50 to choose from. 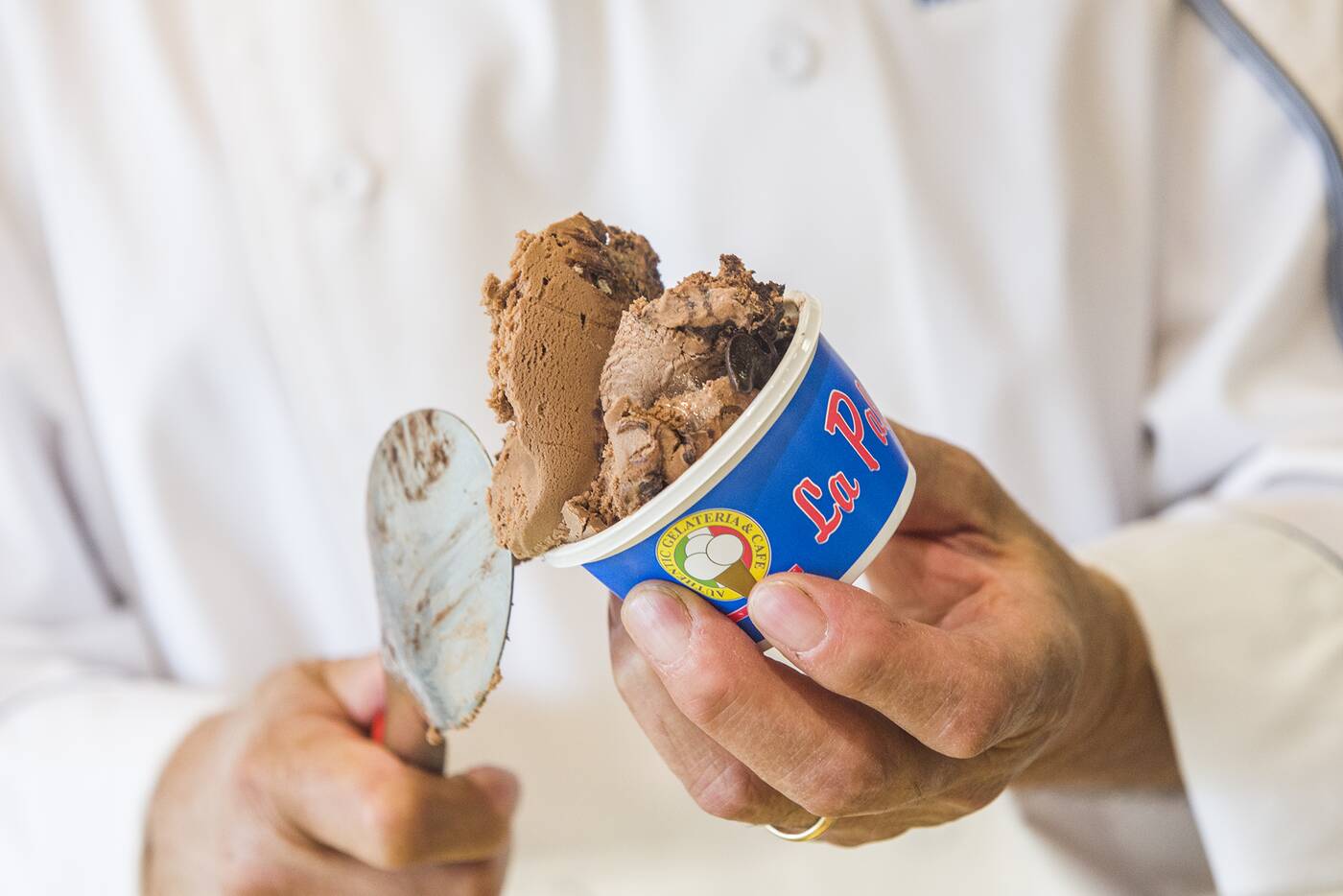 Ferrero Rocher ($5.50 for a single-flavour piccolo-sized cup) is one of a few fallbacks from my youth based on classic Italian chocolate truffles: they also do a Bacio flavour. 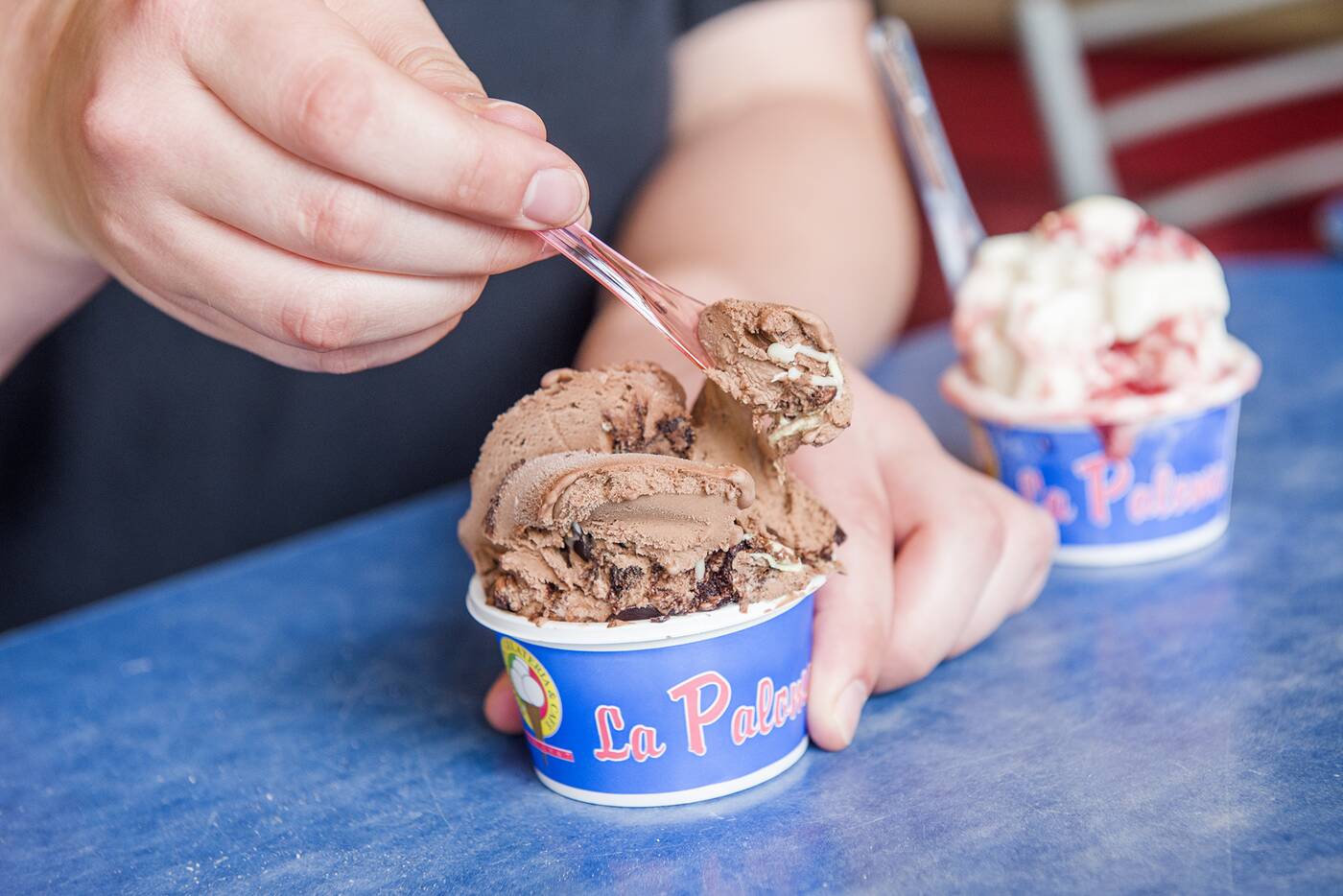 Chocolatey and hazelnutty, the Ferrero has crispy crushed up bits of the actual chocolates in it. 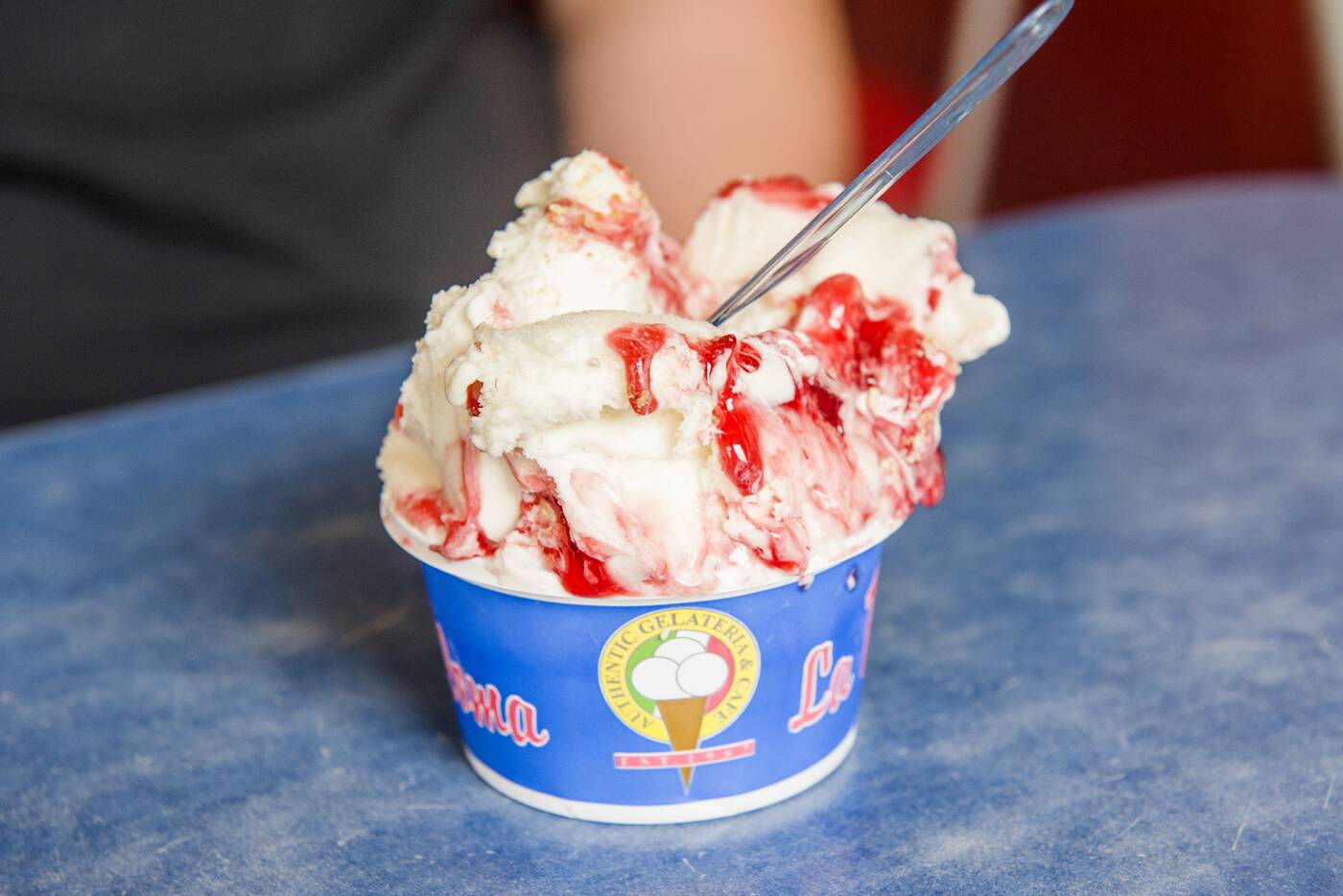 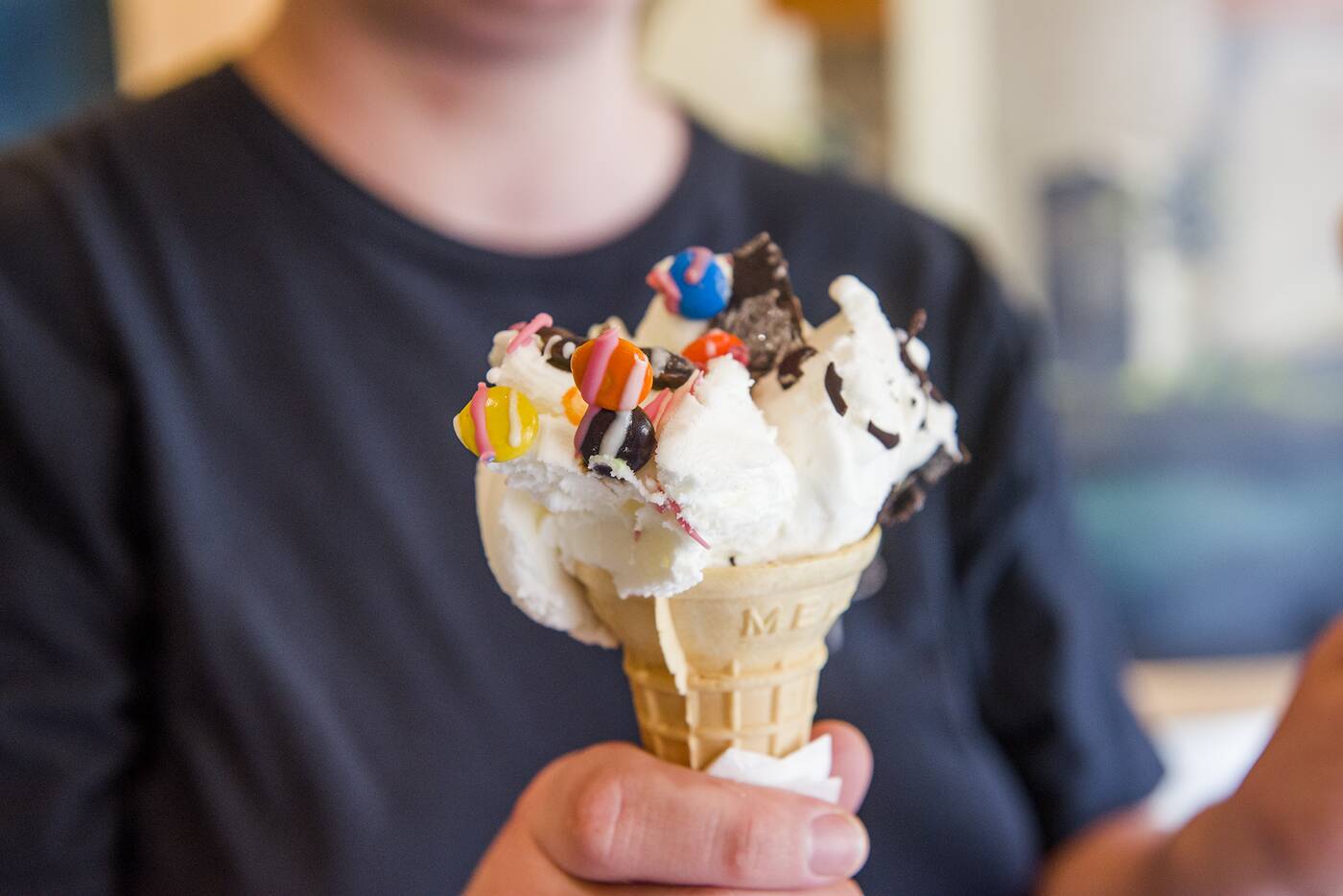 Pricing on cones is the same: $7 to bump it up from one to two scoops. Three flavours (Gioia Di Giuliano, Matteo’s S’mores, and Salvatoreo) are named for kids in the family that runs La Paloma. 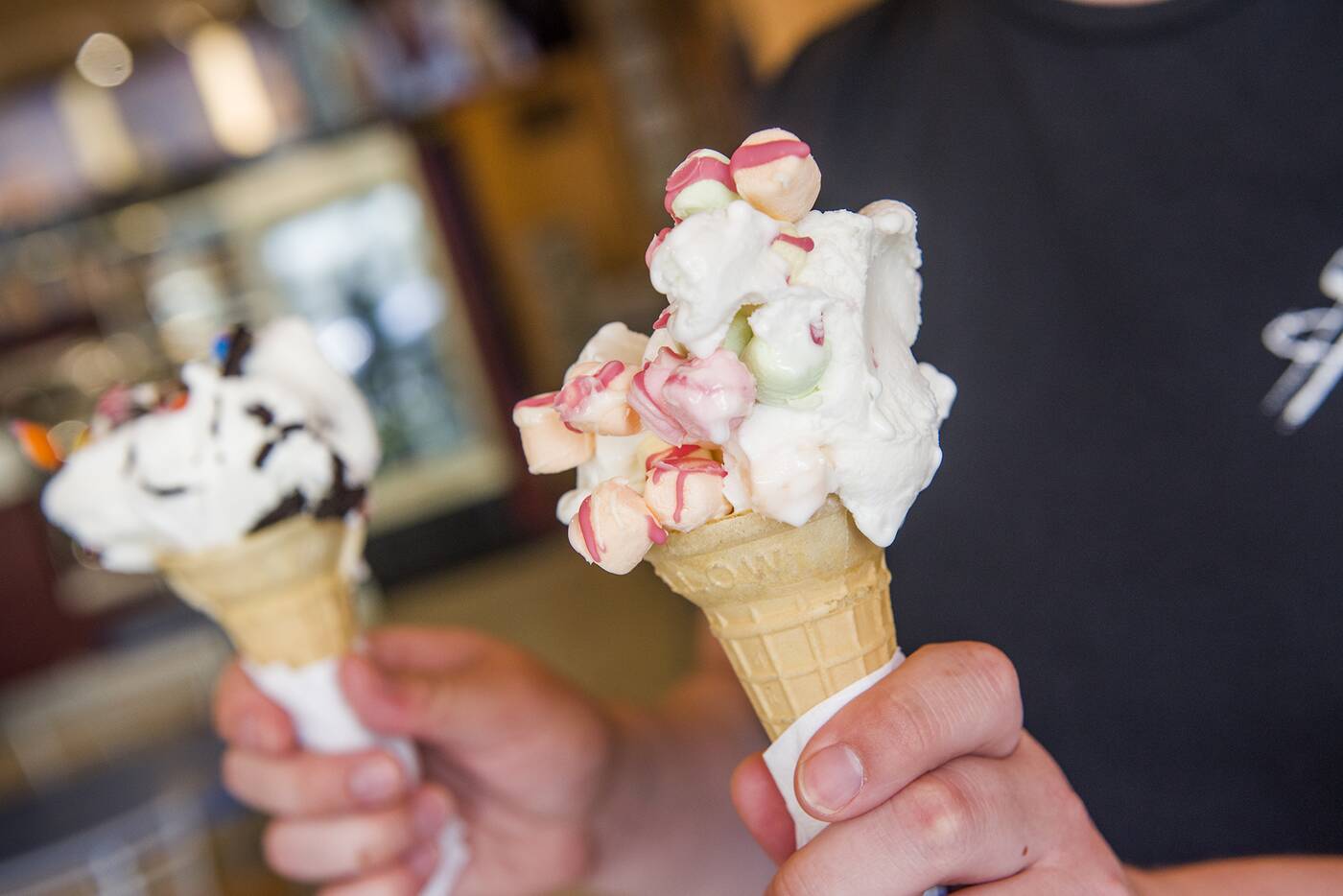 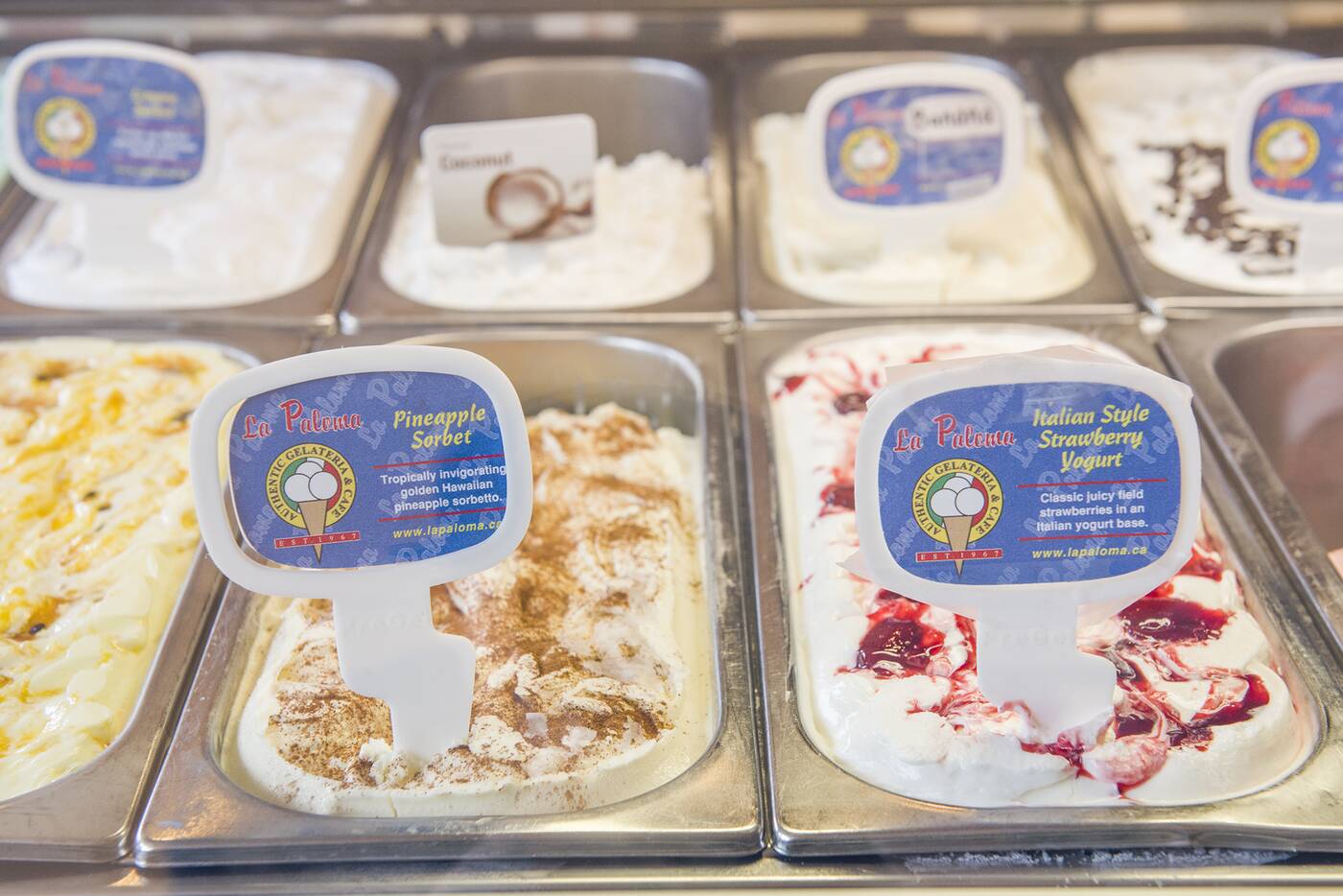 Other flavours include sorbets like mango with real fruit chunks. There are also yogurt-based gelati with a distinct tang, and unique flavour combinations like a weirdly logical pineapple and cinnamon unlike anything I’ve ever tried. 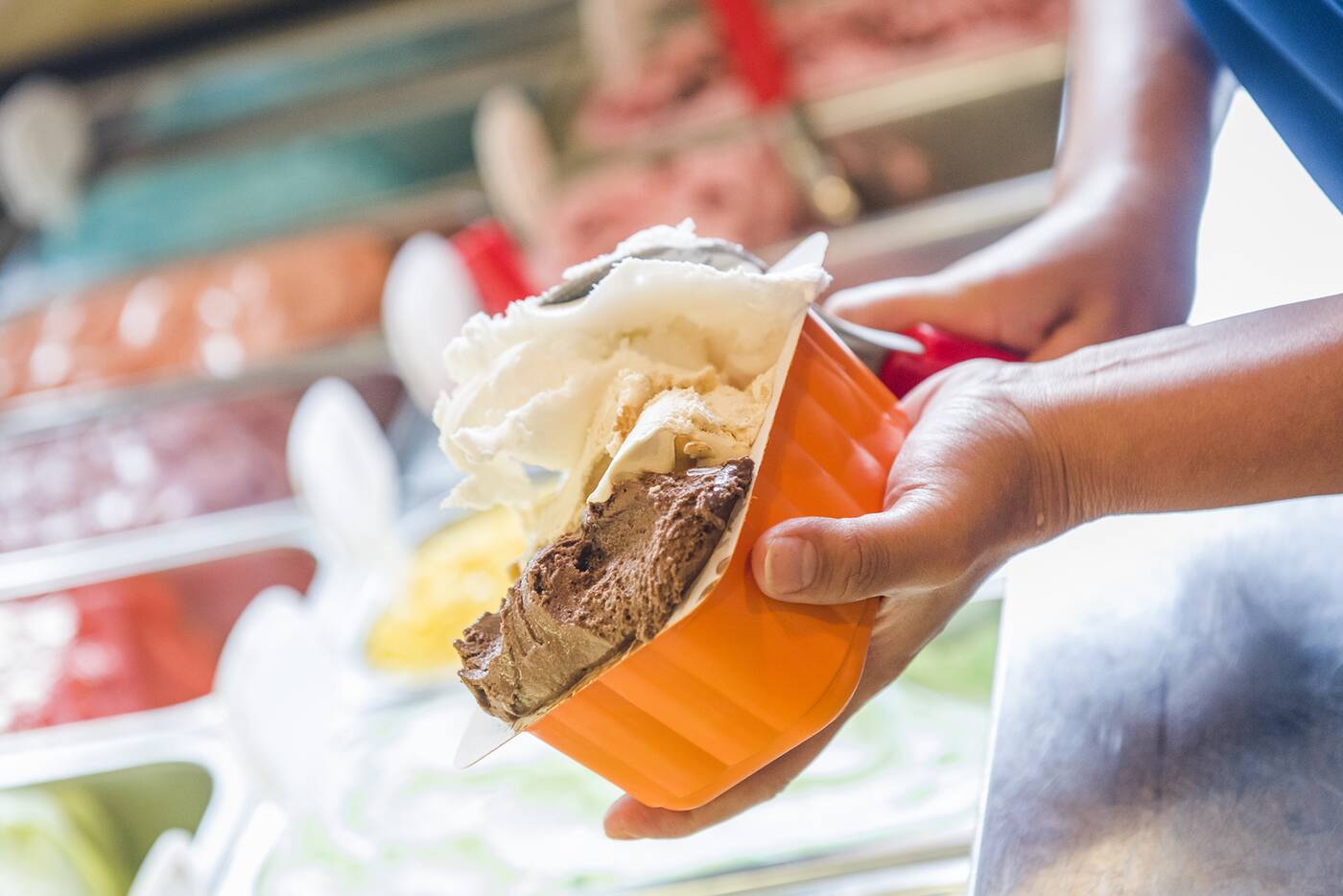 I can’t leave without a hand-packed half litre of gelato ($13) since I have exactly zero willpower. You get to fill one of these bad boys to the brim with up to three flavours. 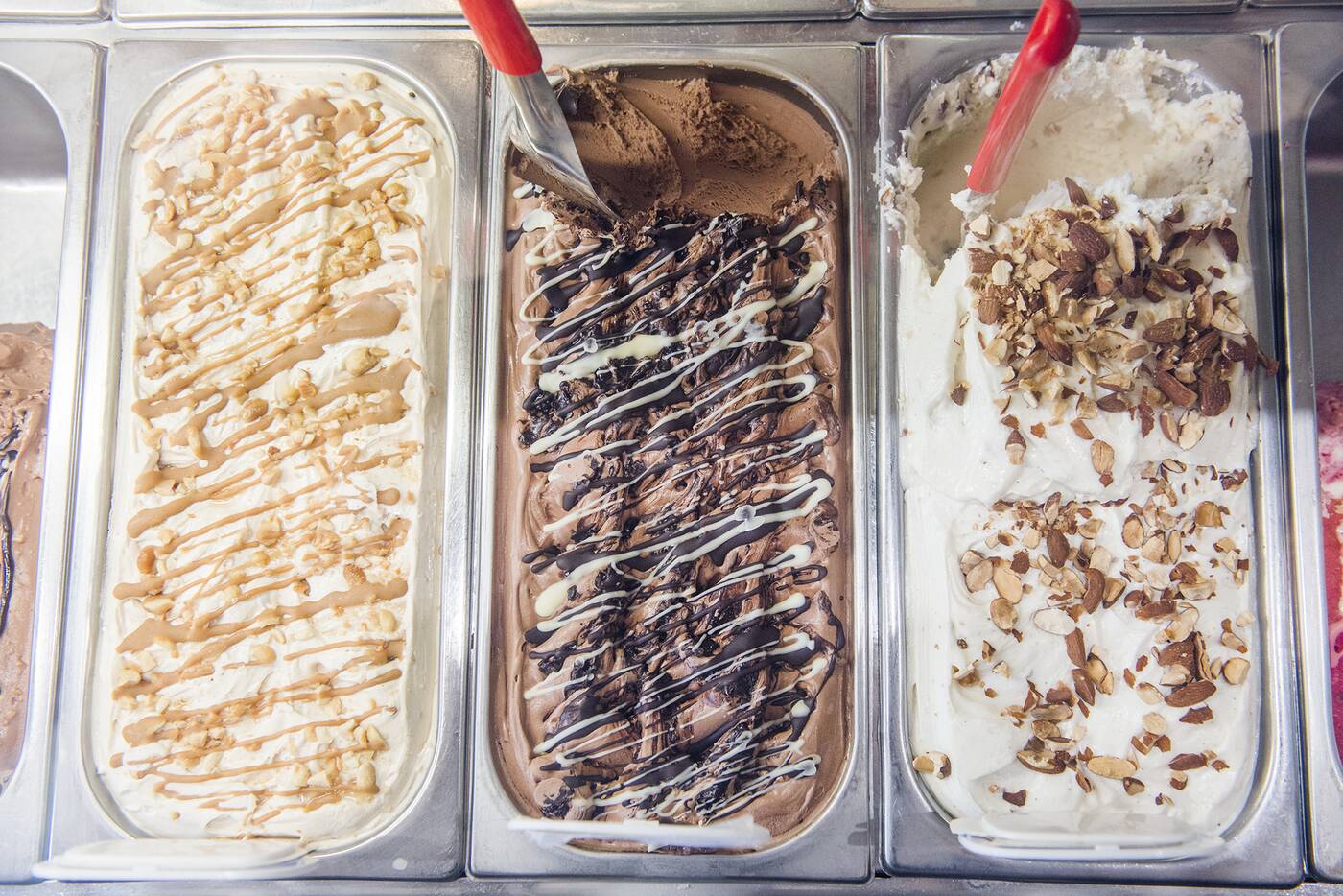 I go with another old favourite, Dolce Maria (silky Belgian chocolate with crispy rice and peanut bits), plus a super toasty Peanut and Honey I’ve never tried before, and La Paloma’s quintessential rendition of classic Lemon. 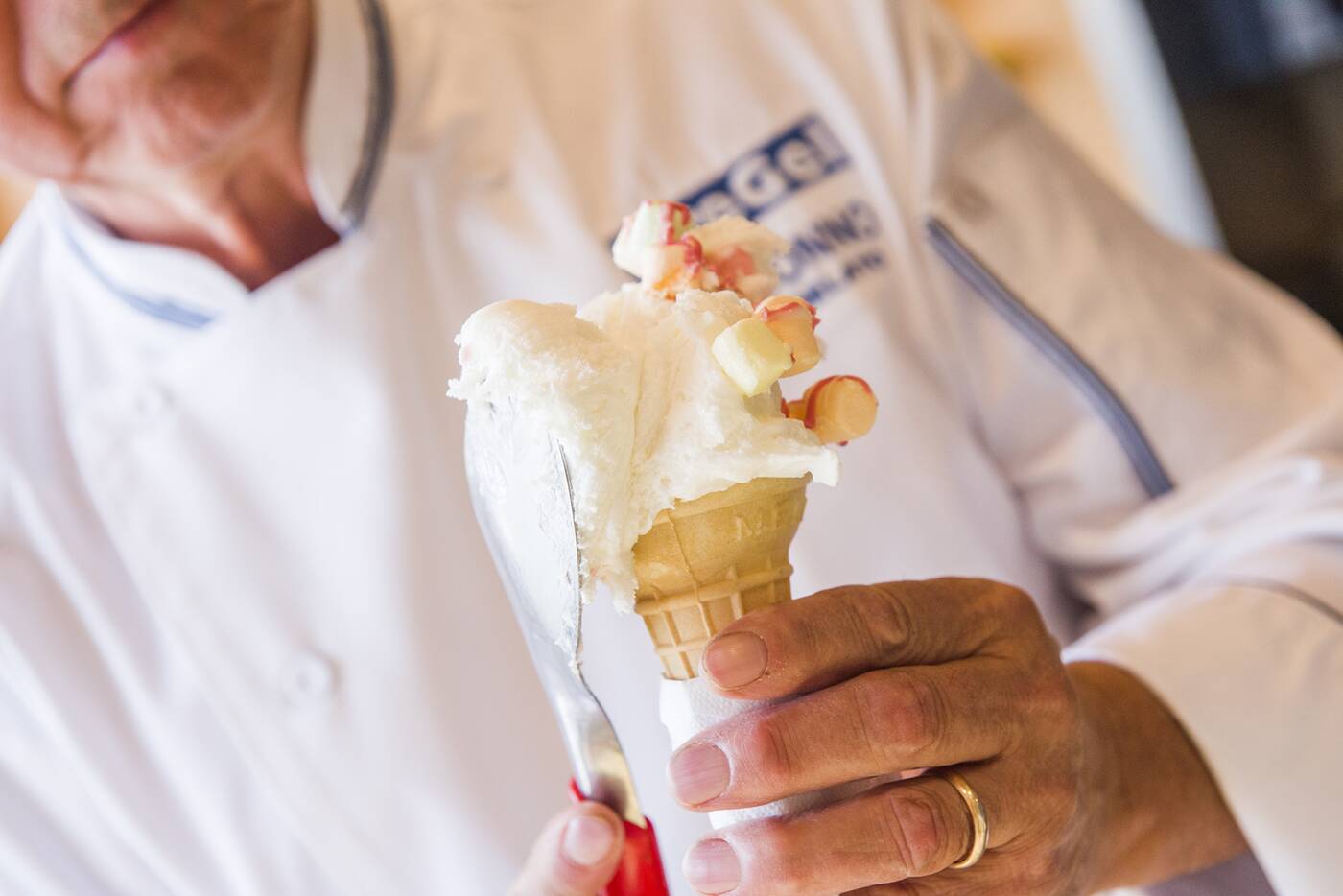 As with many businesses in this neighbourhood, a lot of the staff are Italian-speaking, including owner and master gelato-maker Salvatore Giannone who has “Il Nonno del Gelato” stitched onto the breast of his chef’s coat. 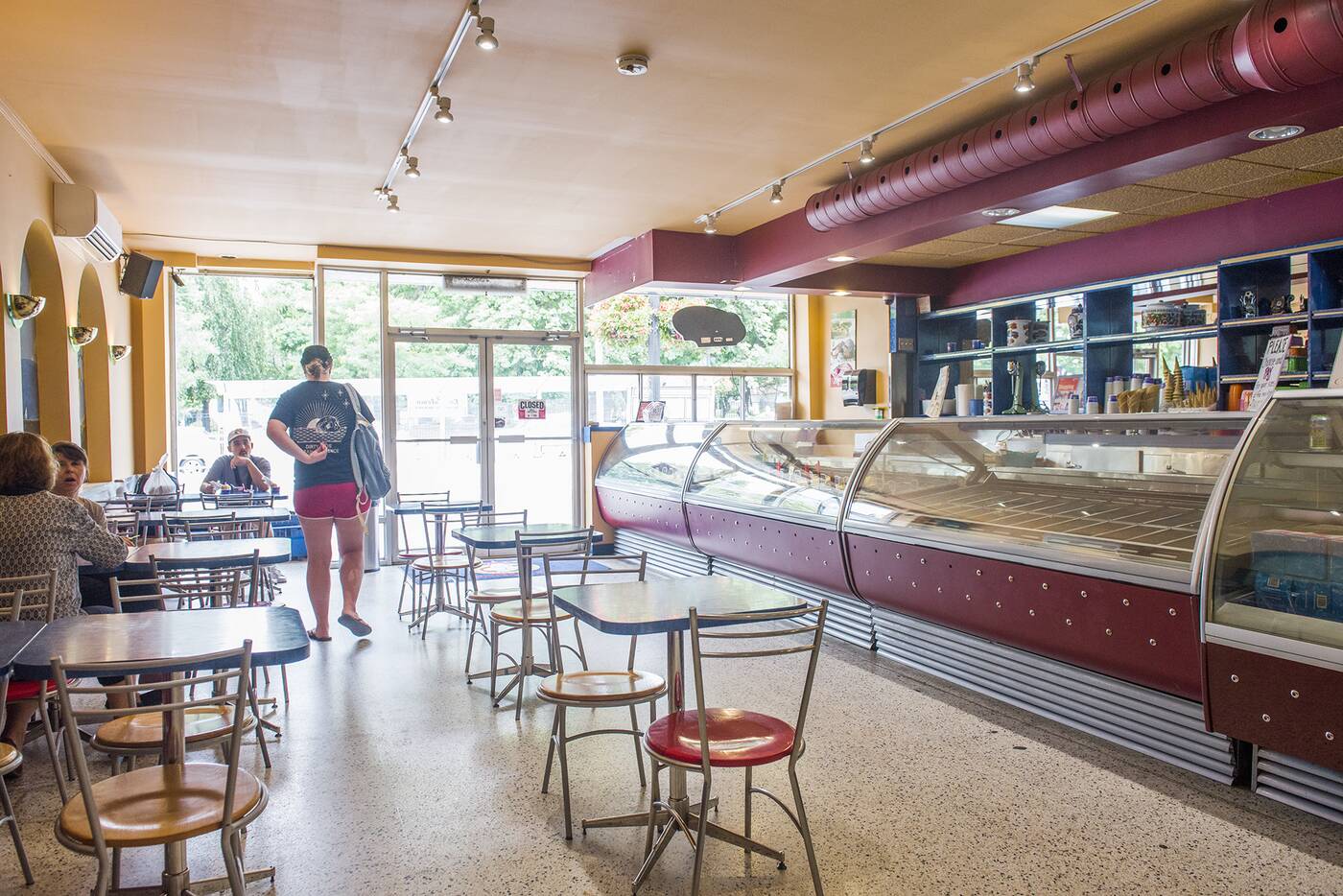 While there are soy flavours here and all sorbets are kept to the left, beware with allergies here as there are a ton of nuts around and not all ingredients are clearly demarcated. 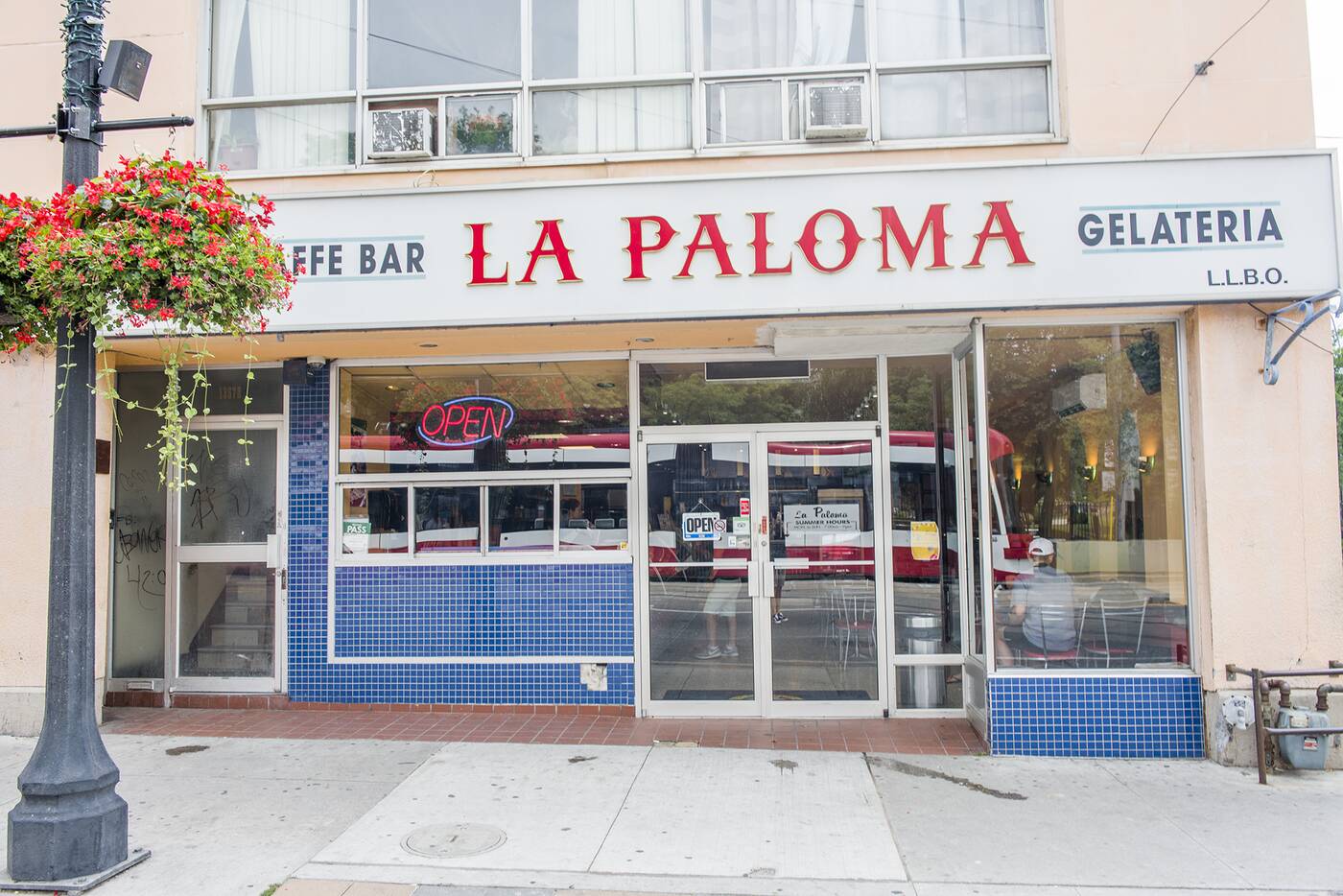