La Carnita has permanently "popped up" in the former location of Briscola near the corner of College and Palmerston. The restaurant unites the talents of Andrew Richmond, a designer turned chef, and entrepreneur Amin Todai, both of whom have been at the forefront of the culinary zeitgeist that is the pop-up food craze. Over the last year or so, they've been sending Toronto's food enthusiasts into a frenzy with their series of one-off appearances that marry top notch tacos with street art and a general party vibe. 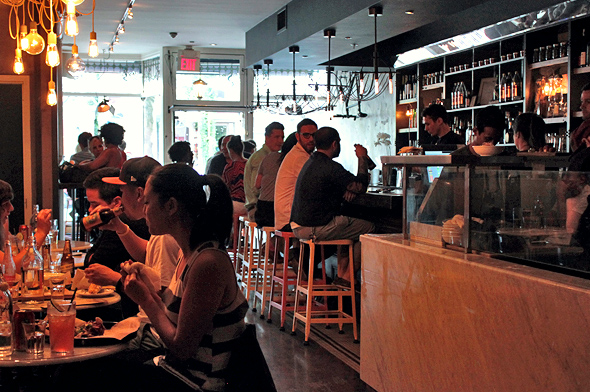 Upon entering, it's hard to imagine how the space was once an upscale Italian eatery, especially considering the saucy 'Gringo' spelled out in the entranceway tiles. Not content to entirely forego the "get-it-while-it's-here" mentality of its previous life, the restaurant is currently not accepting reservations, but seating about 80 people and featuring a sizeable bar, La Carnita's vibe and atmosphere are only seconded by the food itself. Where else can you grab a forty of O.E. ($13.50 for a litre) and listen to R. Kelly blaring on the speakers? 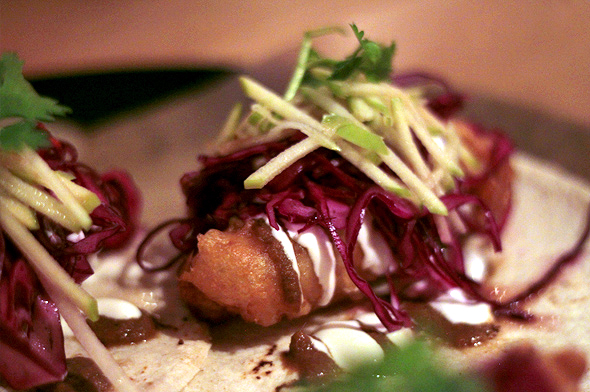 Richmond has stated that authenticity isn't La Carnita's main objective. Rather, it's his own interpretation of Mexican Street Food, which drops in a few Asian accents. This is perfectly apparent in his signature dish, In Cod We Trust ($5). Hints of lemongrass permeate the famous Voltron Sauce that's drizzled over a beer-battered cod, then topped with refreshingly crisp cabbage and tart julienned green apple.

The house-made duo of chorizo (red and green) was outstanding at $5, and was my personal favourite to boot. This isn't the same chorizo you'd find in Little Portugal; hints of clove round out the heat in the crumbled meat that's topped with escabeche (pickled onion), sweet mango and queso cotija (similar to a mild feta). It's a dish that draws on Mexican flavours. 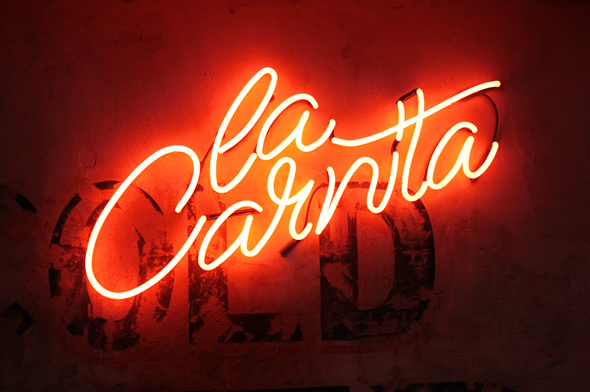 The Pollo Frito ($5), paired with a mouth searing peanut mole was another crowd favourite. The tender chicken was enhanced by the peanut sauce--another Asian influence with hint of sambal or sriracha. All tacos are $5 each, which may seem a bit steep, but the portions more than justify the cost. Two tacos each were more than enough to satisfy our hunger. 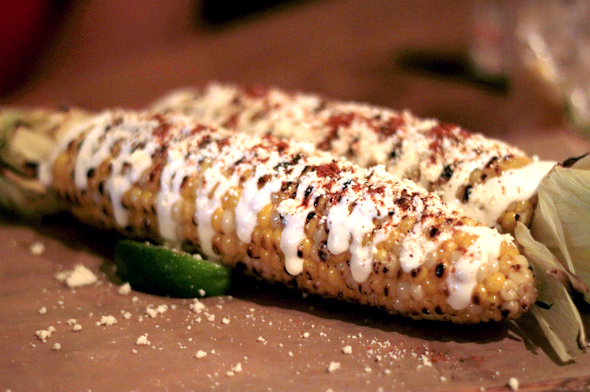 The sweet and charred Mexican Corn (2 for $7), with a drizzle of crema and spicy kick of arbol/ancho powder, was a great complement to our meal. The knotted husk of the corn, which was fashioned into a handle, was also an inventive touch that saved us from a messy situation. 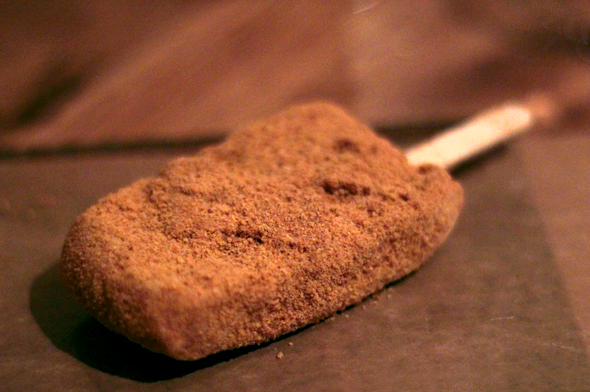 Sadly, we missed out on the churros with cajeta (caramel) as they were sold out by the time we finished our tacos (something that pop-up attendees will recall happening with some regularity), but the lime paleta crusted with salted graham crackers was a nice play on a classic key lime pie. Creamy yet tart, the popsicle balanced sweet, sour and salty wonderfully: a great palate cleanser to end our meal. 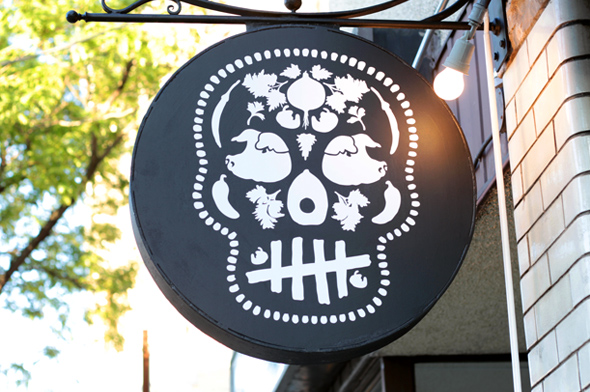