Comal Y Canela serves bona fide Mexican food with tamales, sope, quesadillas and birria tacos made from scratch every day of the week.

Homemade tortillas are cooked on a comal griddle like in Mexico and canela (or Ceylon cinnamon) can be found in just about everything on the menu from the creamy horchata to the enchiladas. 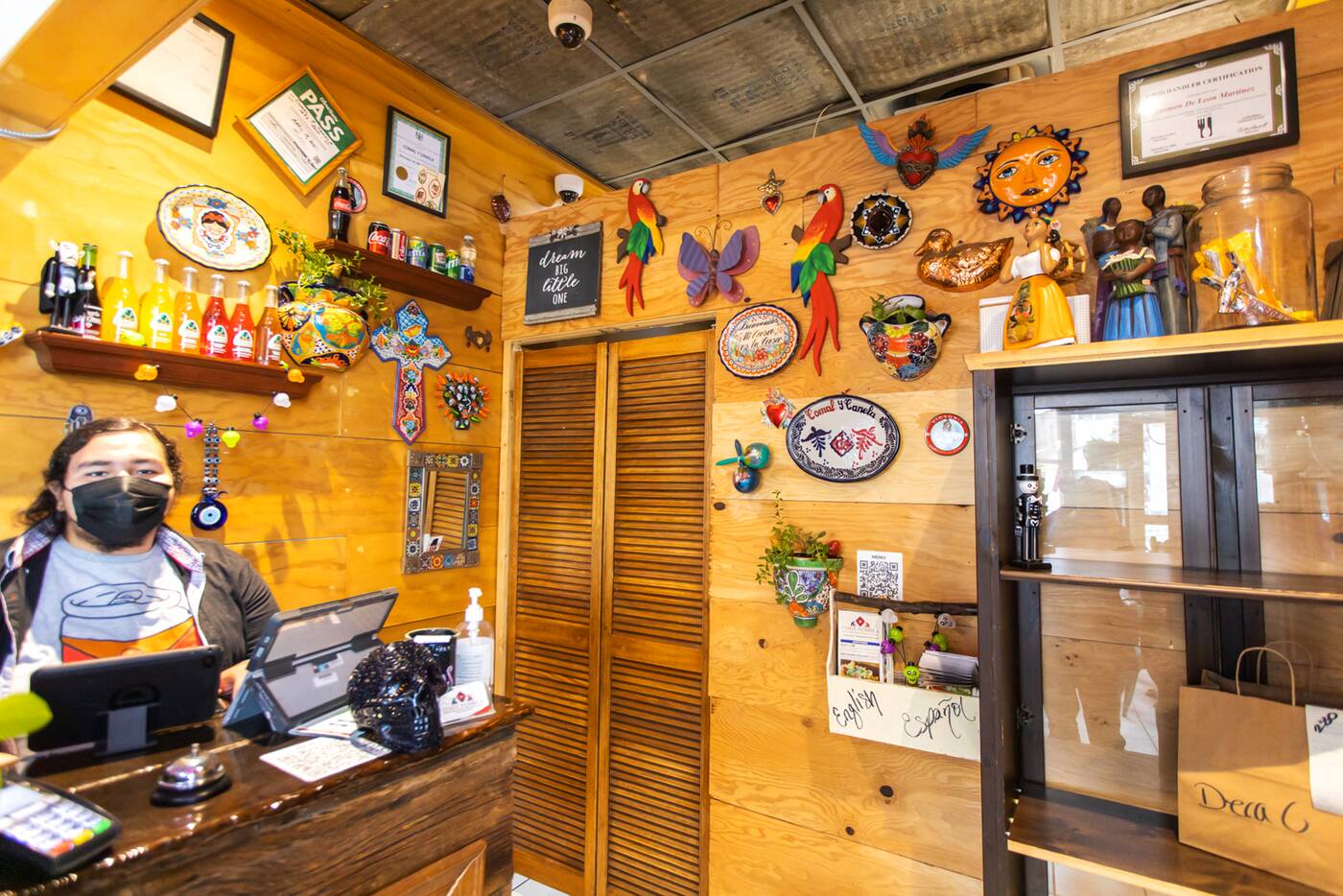 The tiny spot tucked on a corner of Jane Street near Lawrence Avenue West used to have only room for 10 people inside. That has now been converted into extra kitchen space, leaving only a pickup counter for takeout orders and a colourful, fully-covered patio out front. 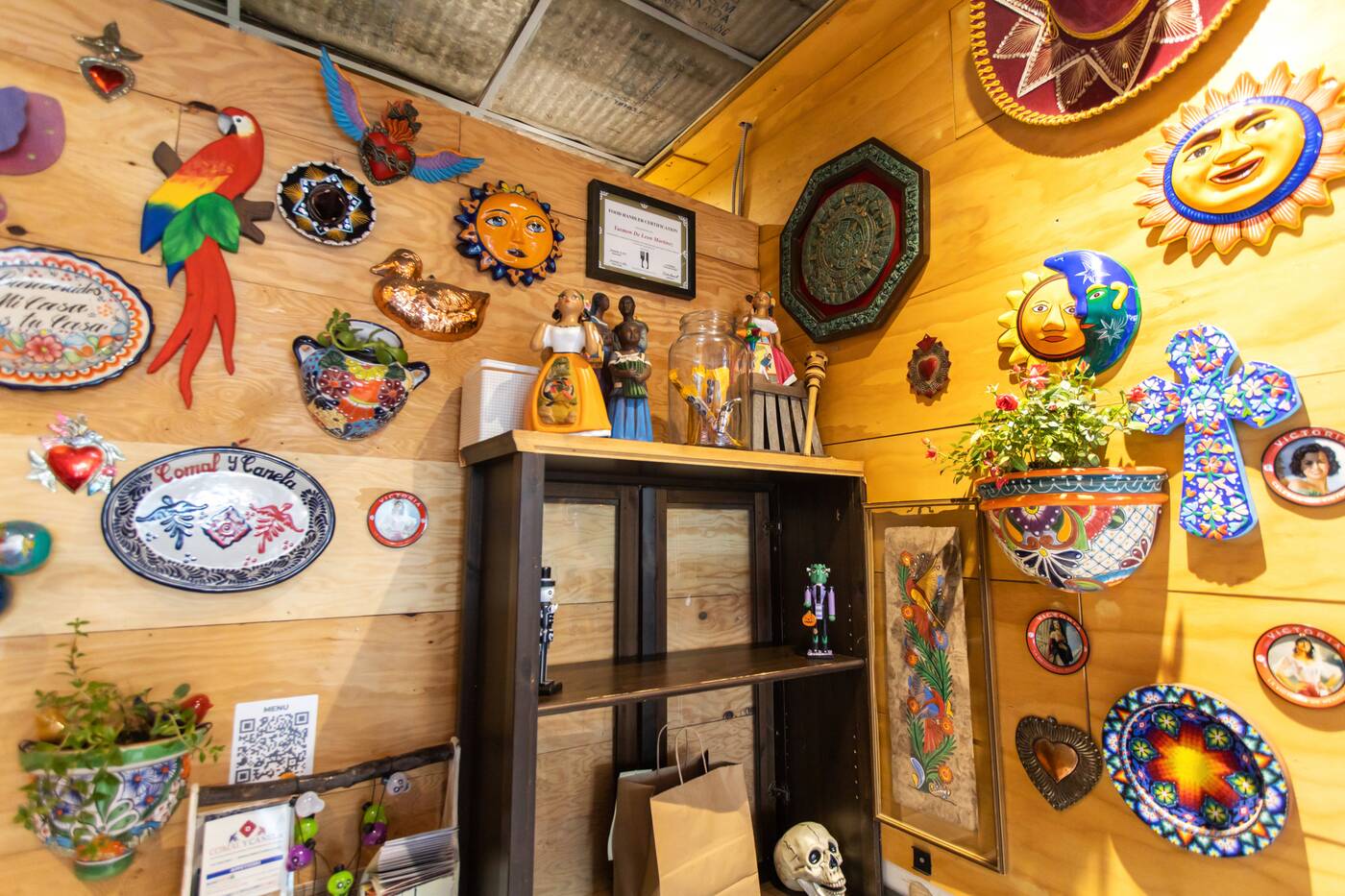 What the space lacks in size, it makes up for in character with plenty of Mexican mementoes on the walls, as well as pieces of Talavera pottery, which was hand-decorated in the owner's hometown of Atlixco. 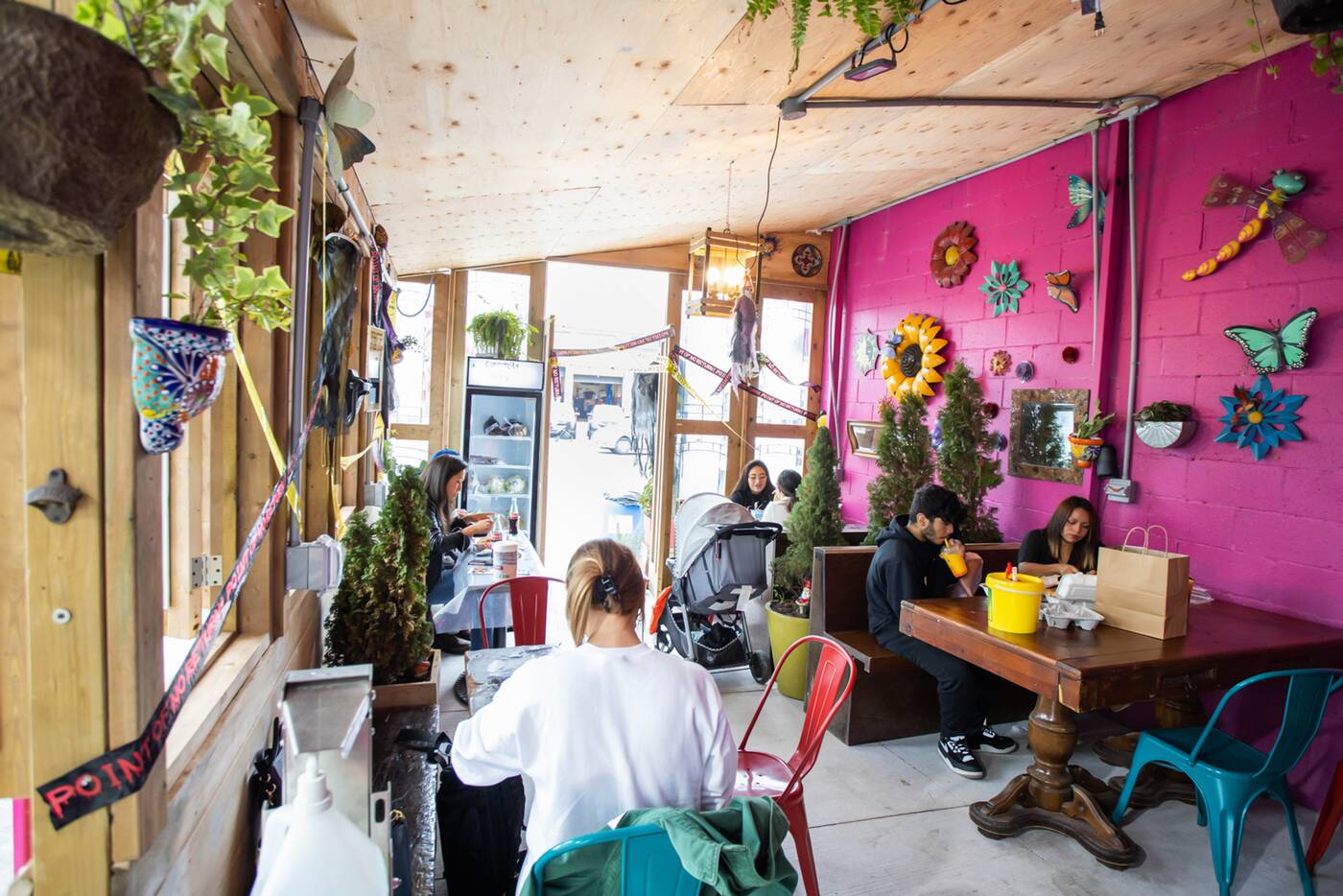 Yasmen De Leon fled violence in Mexico with her parents and four siblings in the 1980s, first going to the U.S. before finding asylum in Toronto. They moved back here six years later when De Leon was 15 after the death of her father during a brief return to Mexico. 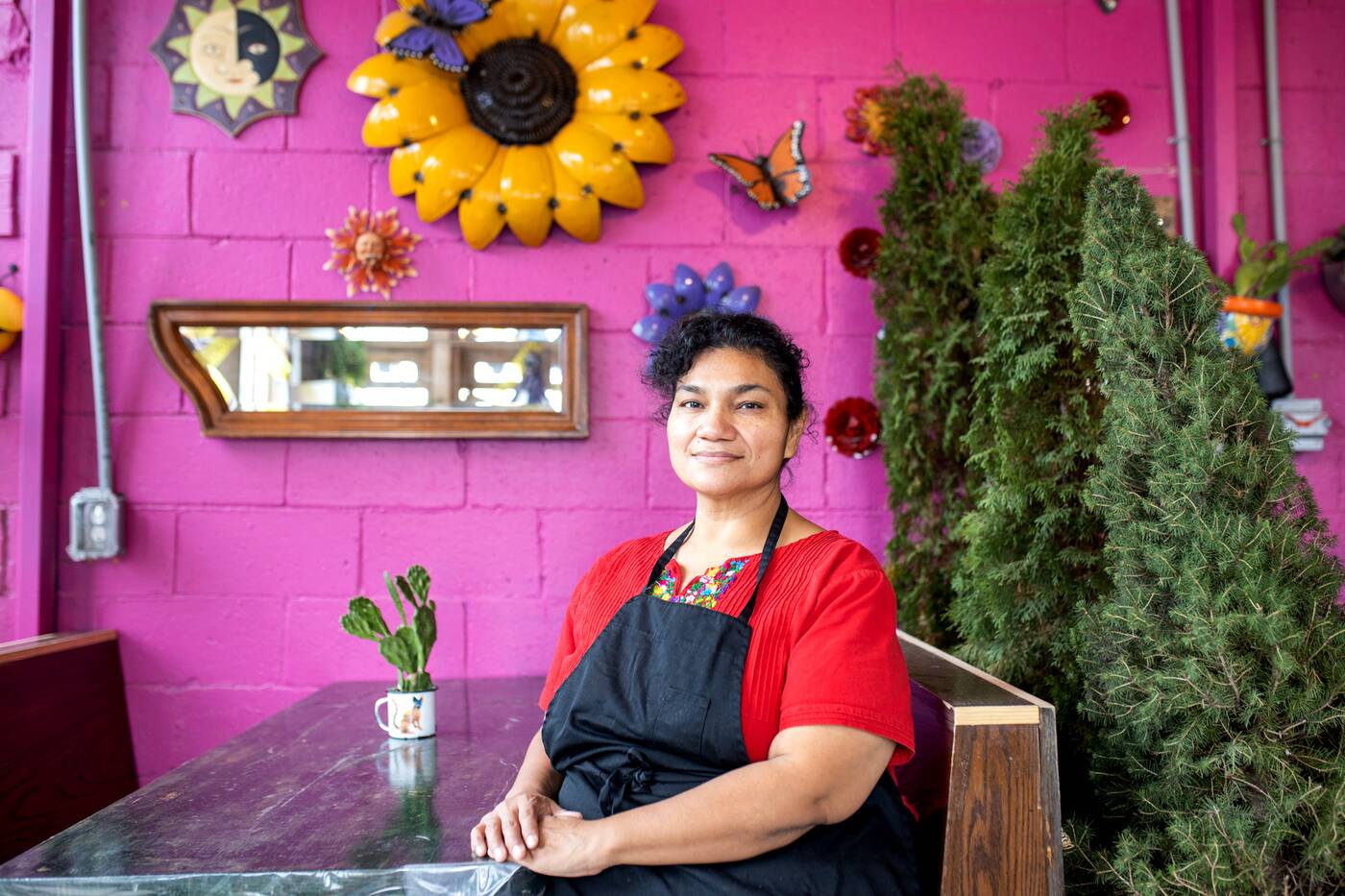 Although her mother owned multiple restaurants in Mexico, this is De Leon's first, following a career in homebuilding. She always wanted to have her own restaurant but followed the advice of her mother to wait until she was ready for it to be her husband, lover, everything. 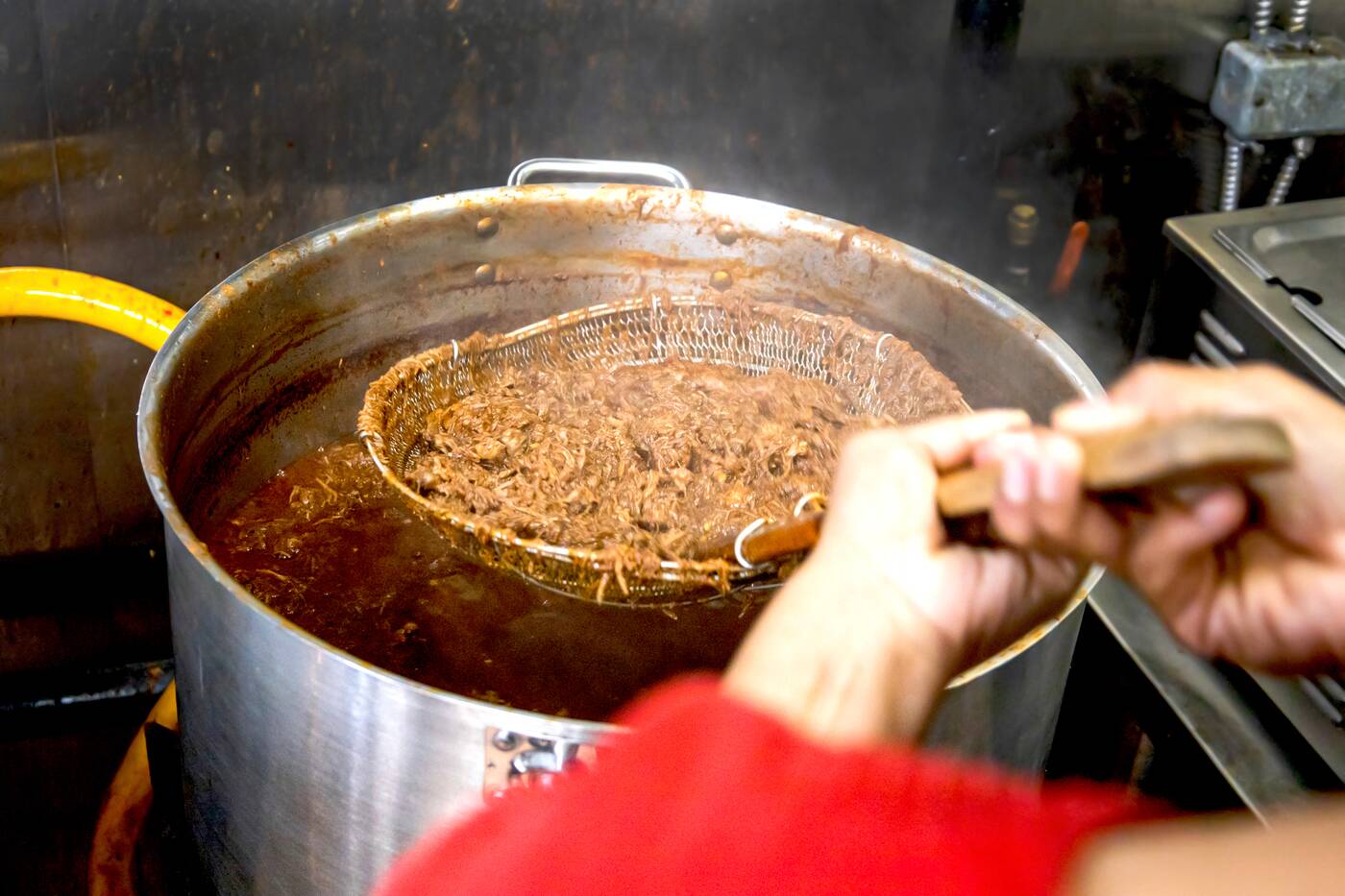 And with her day starting in the kitchen every day at 4 a.m. sharp, De Leon's dedication to Comal Y Conela is without question.

Beside chef Yemin Hernandez (who's been cooking since the age of 12) and staff, De Leon prepares each item with traditional cooking methods in small batches, so they never have to store food overnight. 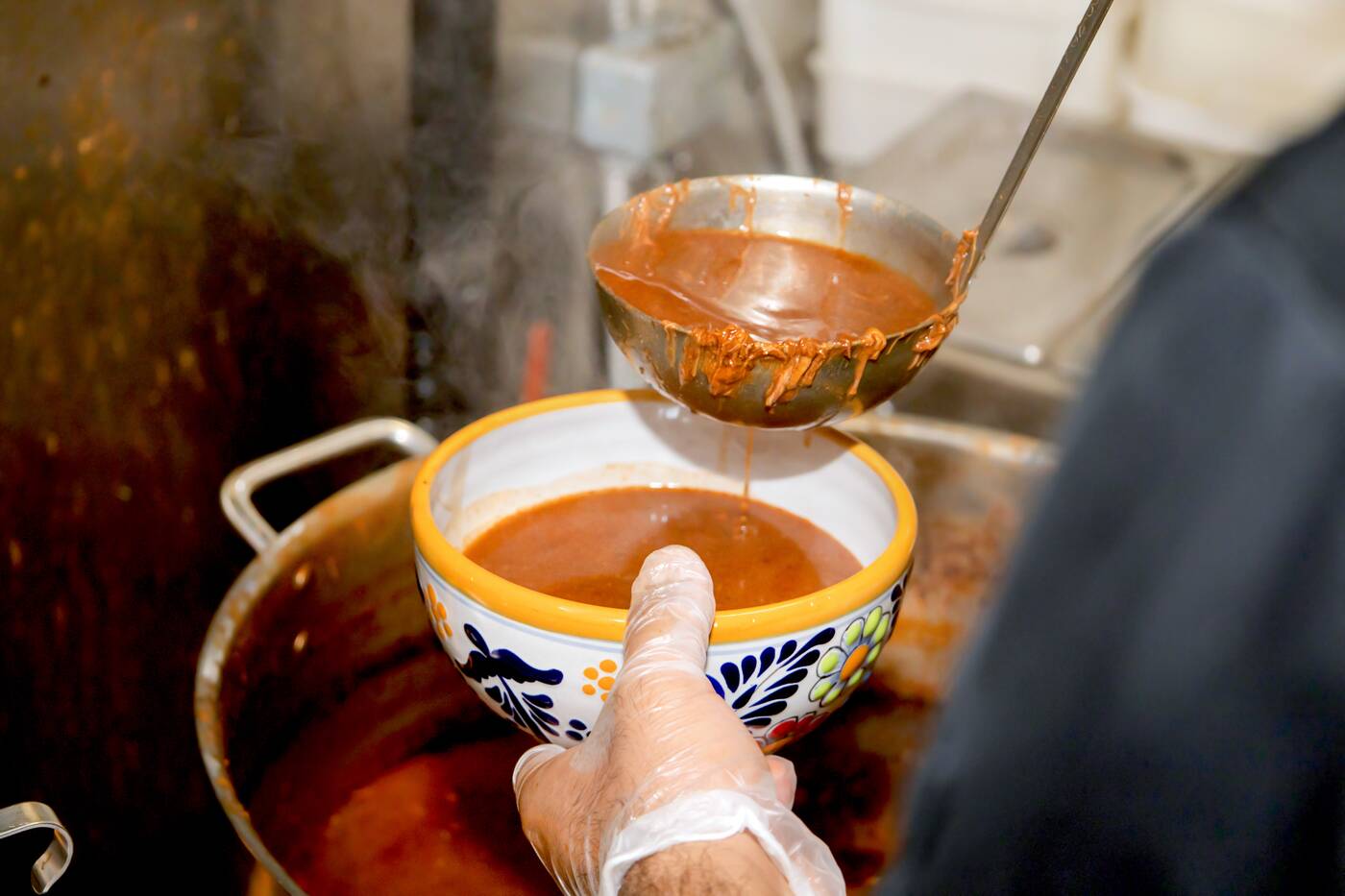 Pots of waterless birria simmer for at least nine hours before being served, soaking in flavours of peppers, tomatoes, onions, beef and plenty more ingredients. The lunchtime rush will see one of the gigantic pots gone in just an hour. 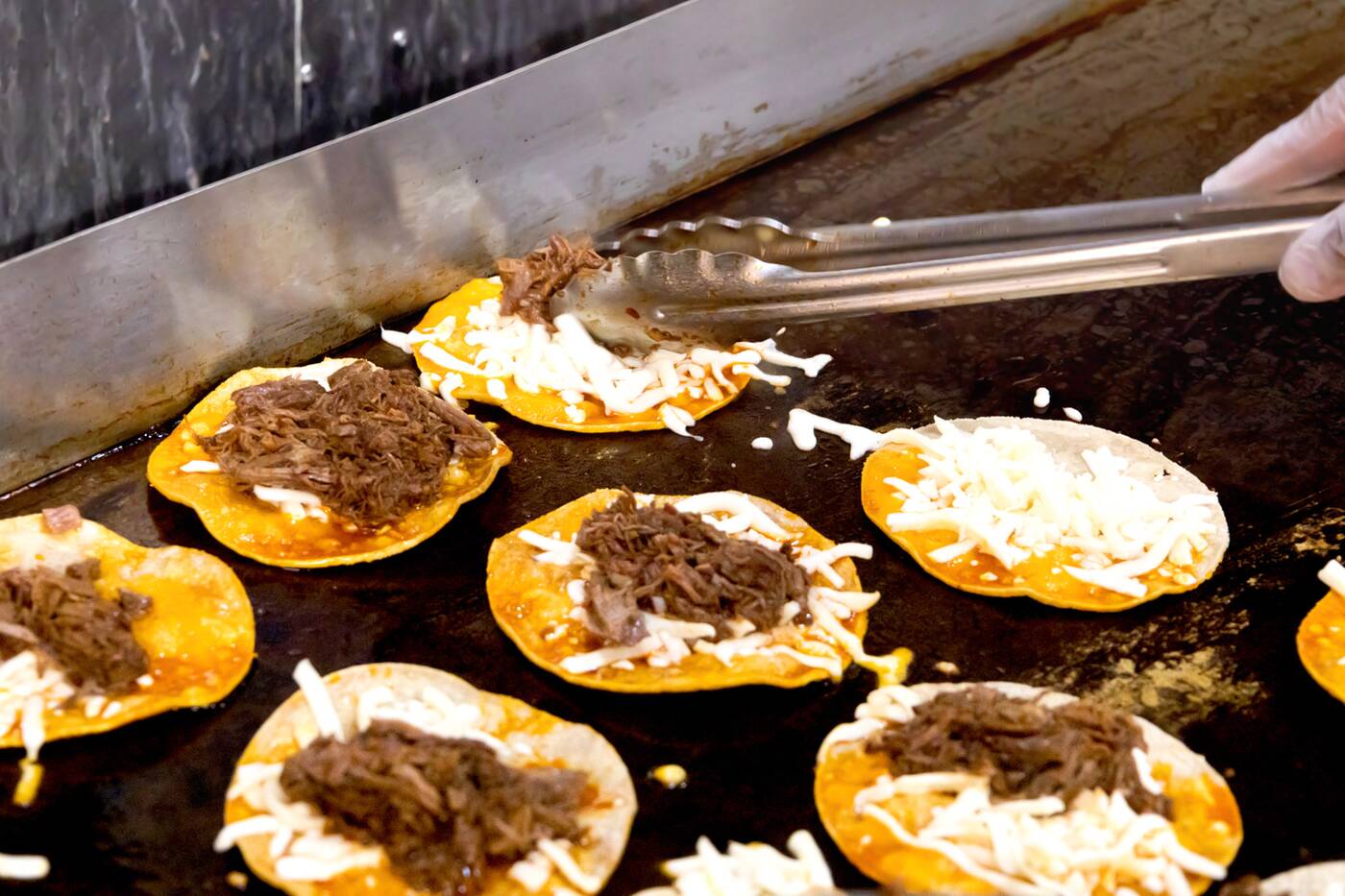 Tortillas for tacos, quesadillas and sope are made from fresh Nixtamal corn, which soaks in slaked lime overnight before being rinsed, ground on a lava-stone mill, kneaded and cooked on the griddle.

When it comes to the birria tacos ($22.15), small round shells are placed on a separate part of the grill and topped with halal beef strained from the birria stew. 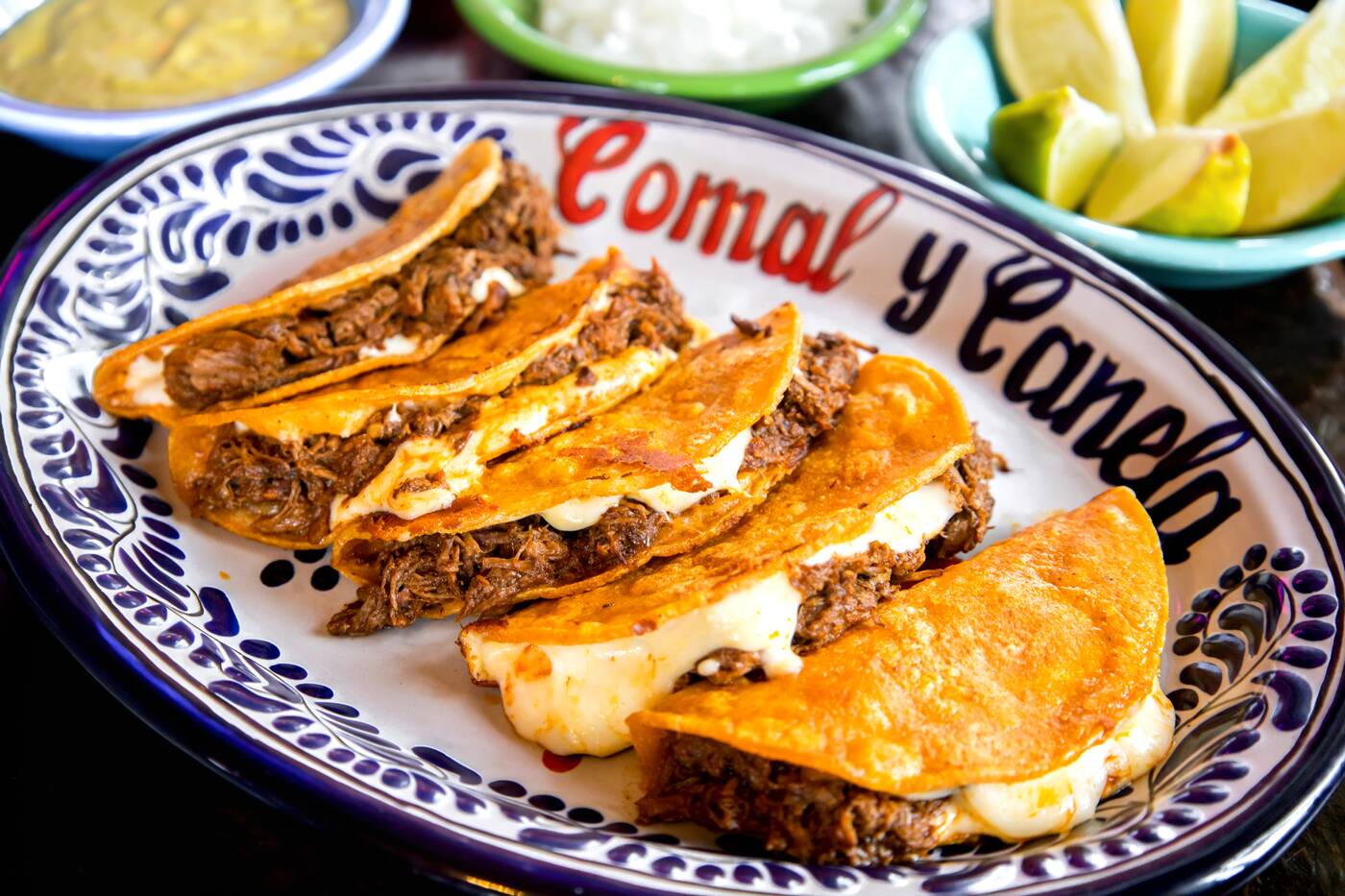 Like all of the other meals served on the patio, the five warm tacos come on a beautiful custom-designed Talavera plate, which De Leon got personally commissioned. 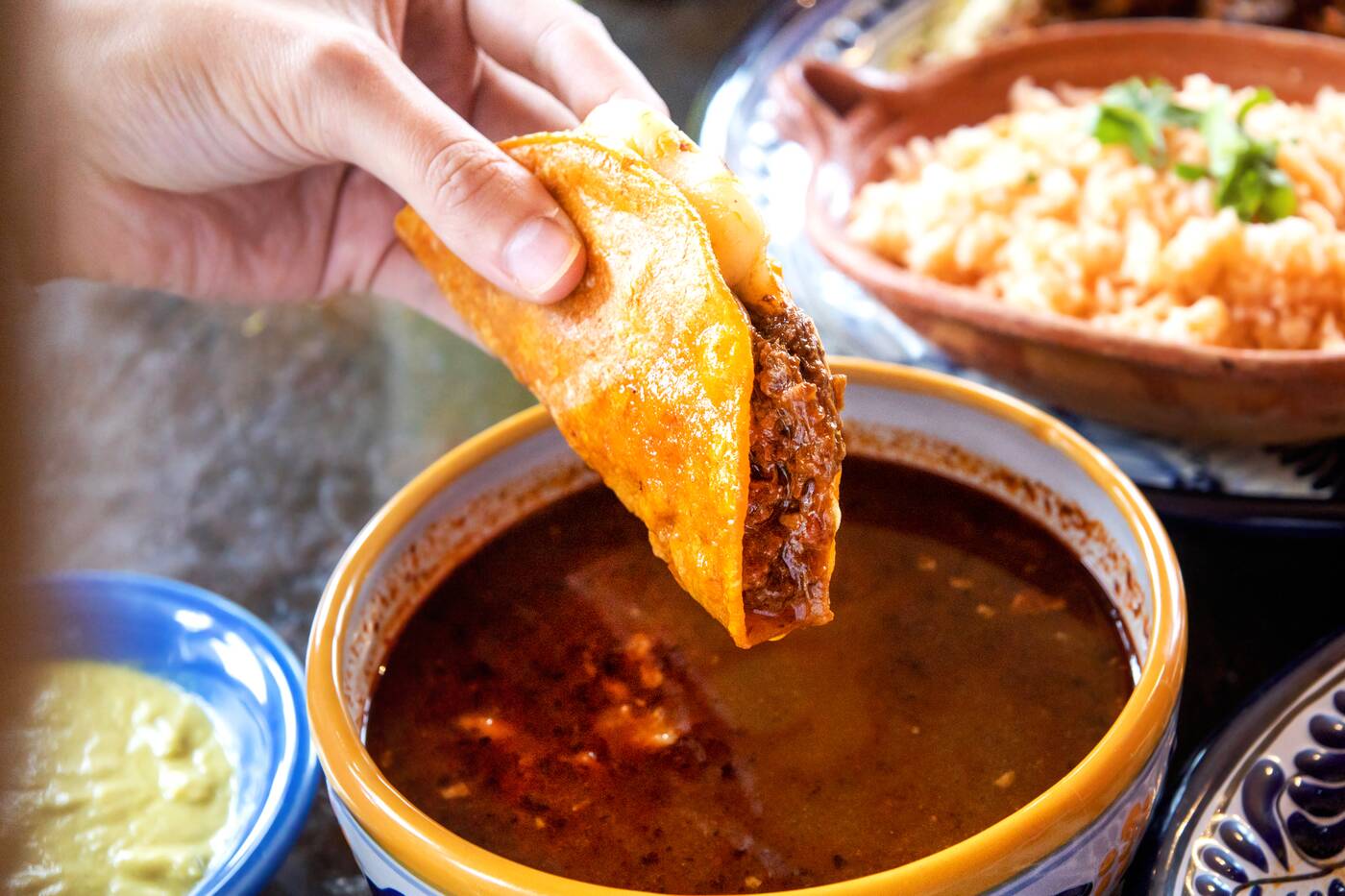 The golden, crispy taco tastes best dipped in the ever-flavourful consomé broth and also gets served with diced white onion, cilantro, lime wedges and your choice of homemade salsa (of which there are usually three to four different options). 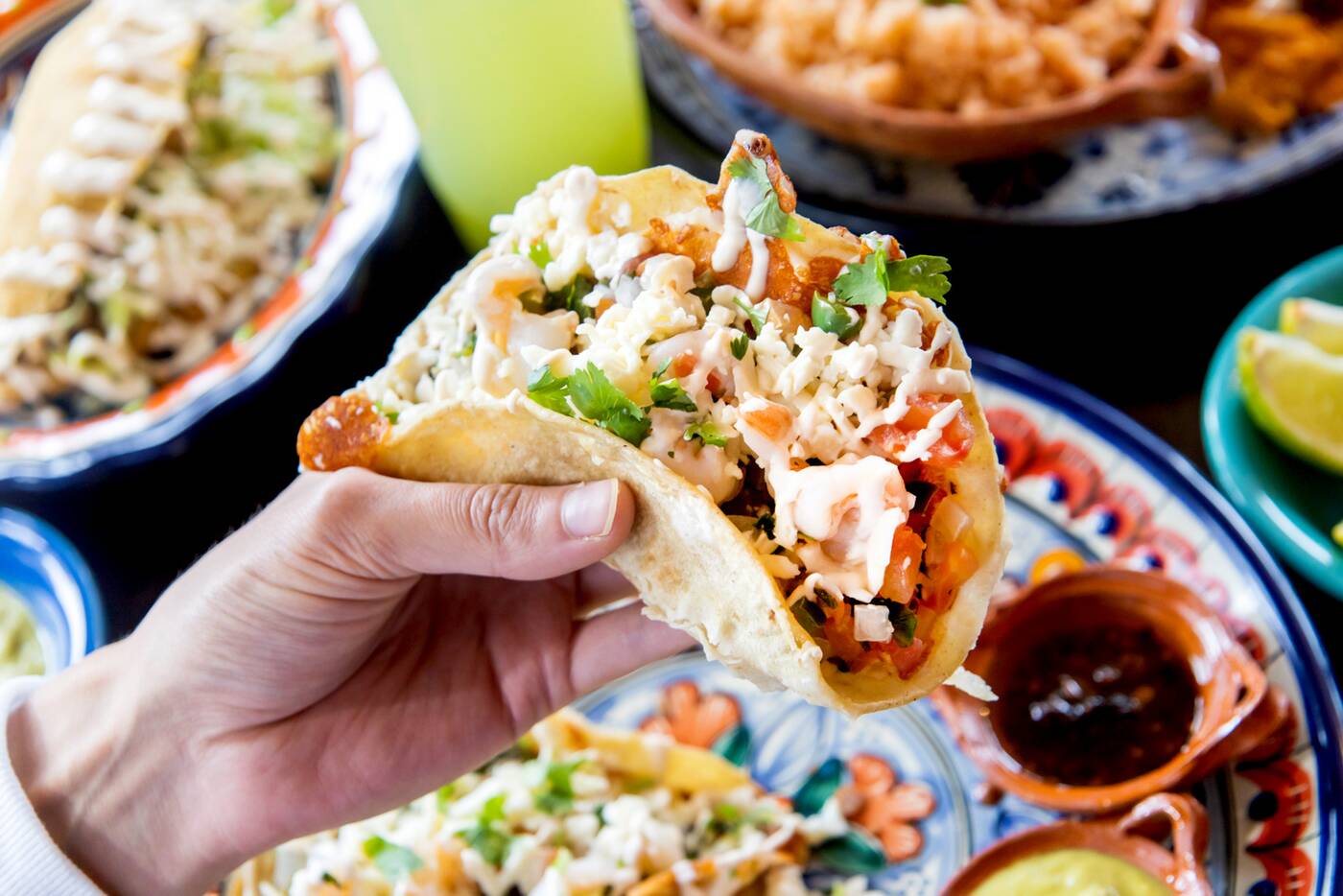 Birria is certainly a star on the menu, but you can expect the same amount of care and intense preparation in the other dishes. De Leon gets as many ingredients as possible straight from Mexico and tries the meals every three days to ensure the flavours are up to par. 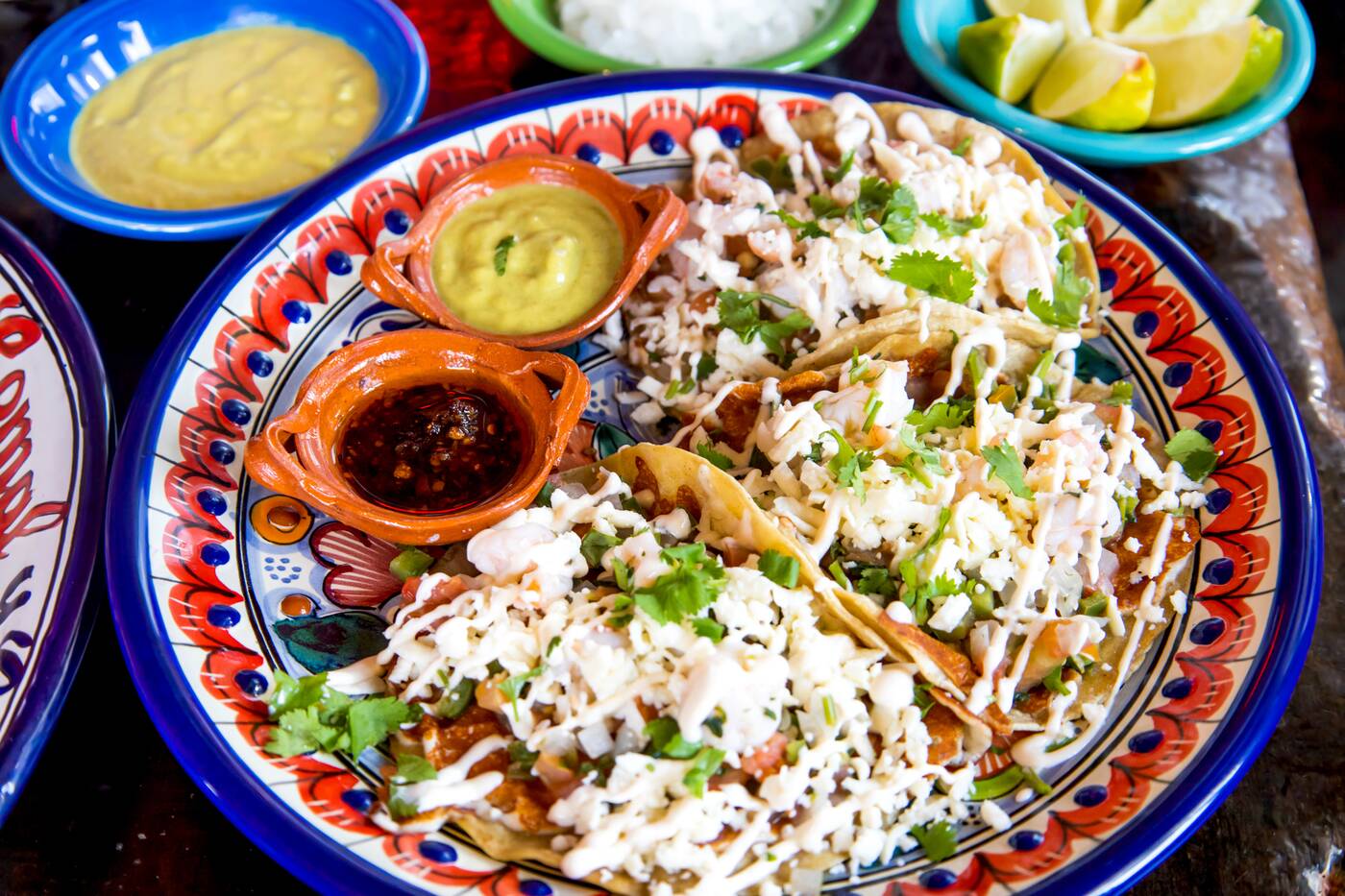 The tacos Gobernador ($18.60) comes with three shrimp tacos that are sauteed with tomato, onion and jalapeno on a cheesy tortilla. Fresh cream, cheese and cilantro finish it off. 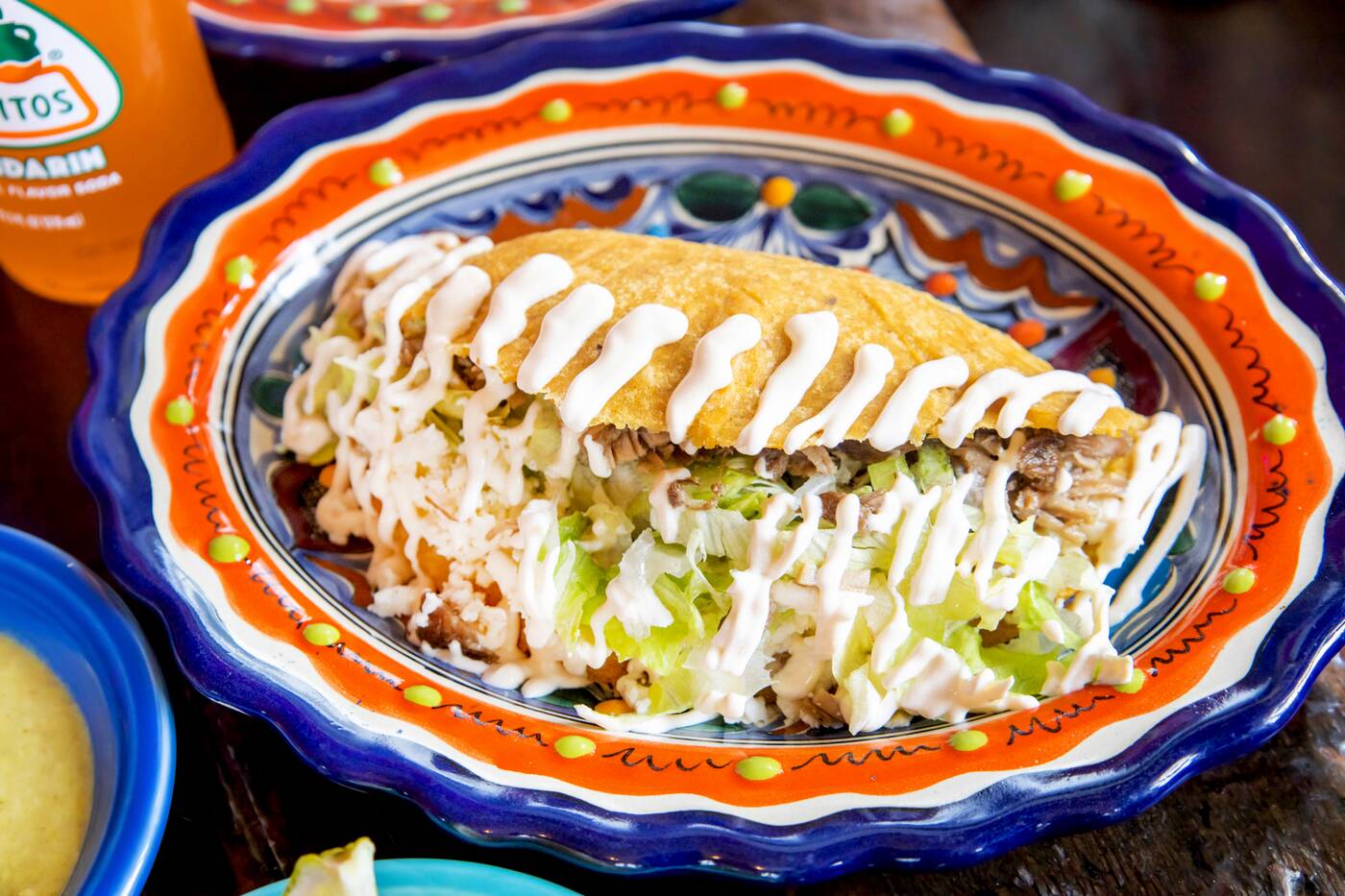 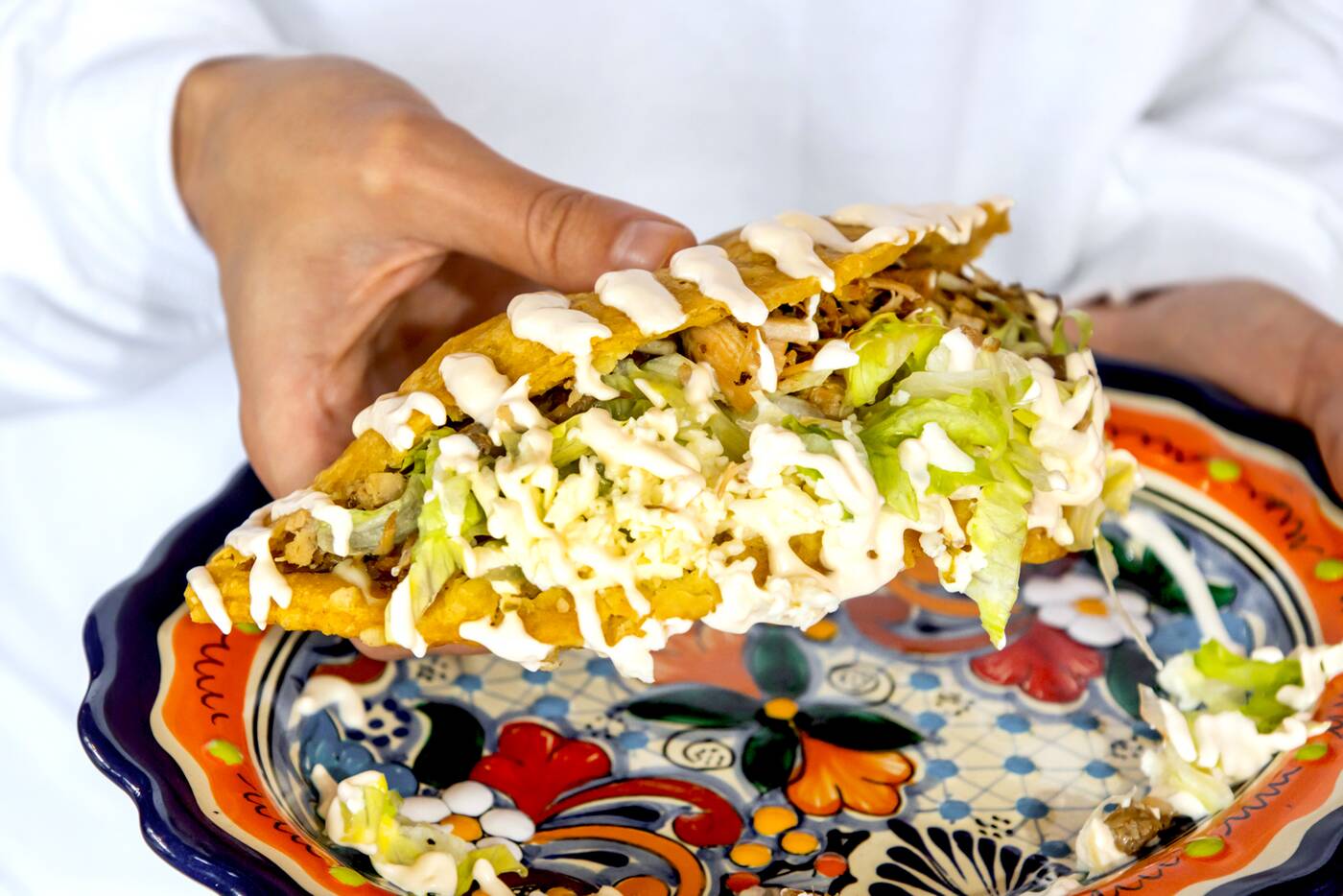 The half-moons of fresh corn dough look slightly different from the usual westernized take and come deep-fried and filled to the brim with a mix of cheeses including queso fresco, fresh cream and lettuce. 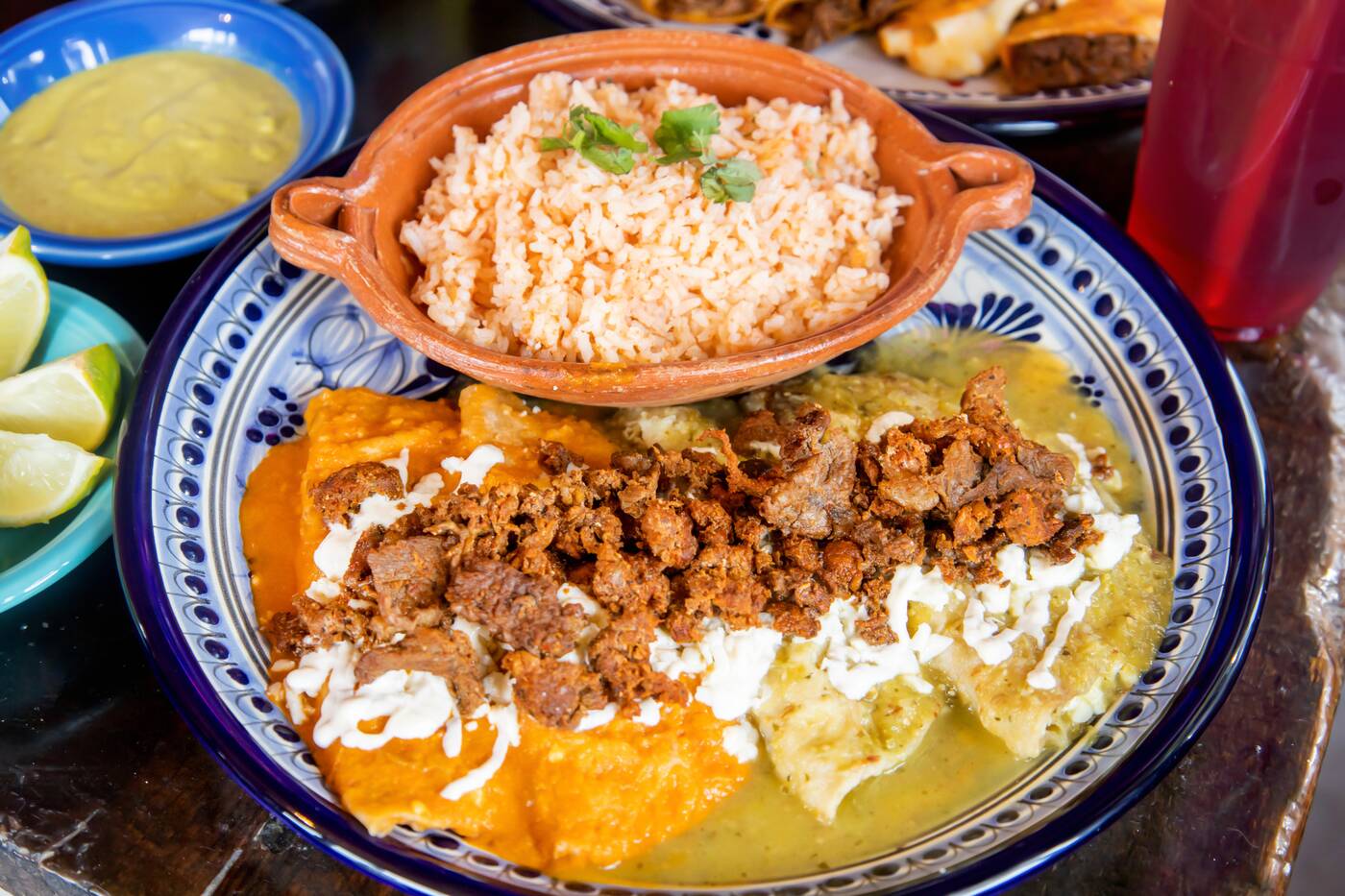 Get the enchiladas filled with chicken ($18.60) or just cheese ($17.25) and topped with pork chorizo for an extra $5.75. It'll come covered in one of two homecooked sauces – a red salsa made with Roma tomatoes or a green salsa that uses ripe tomatillos. 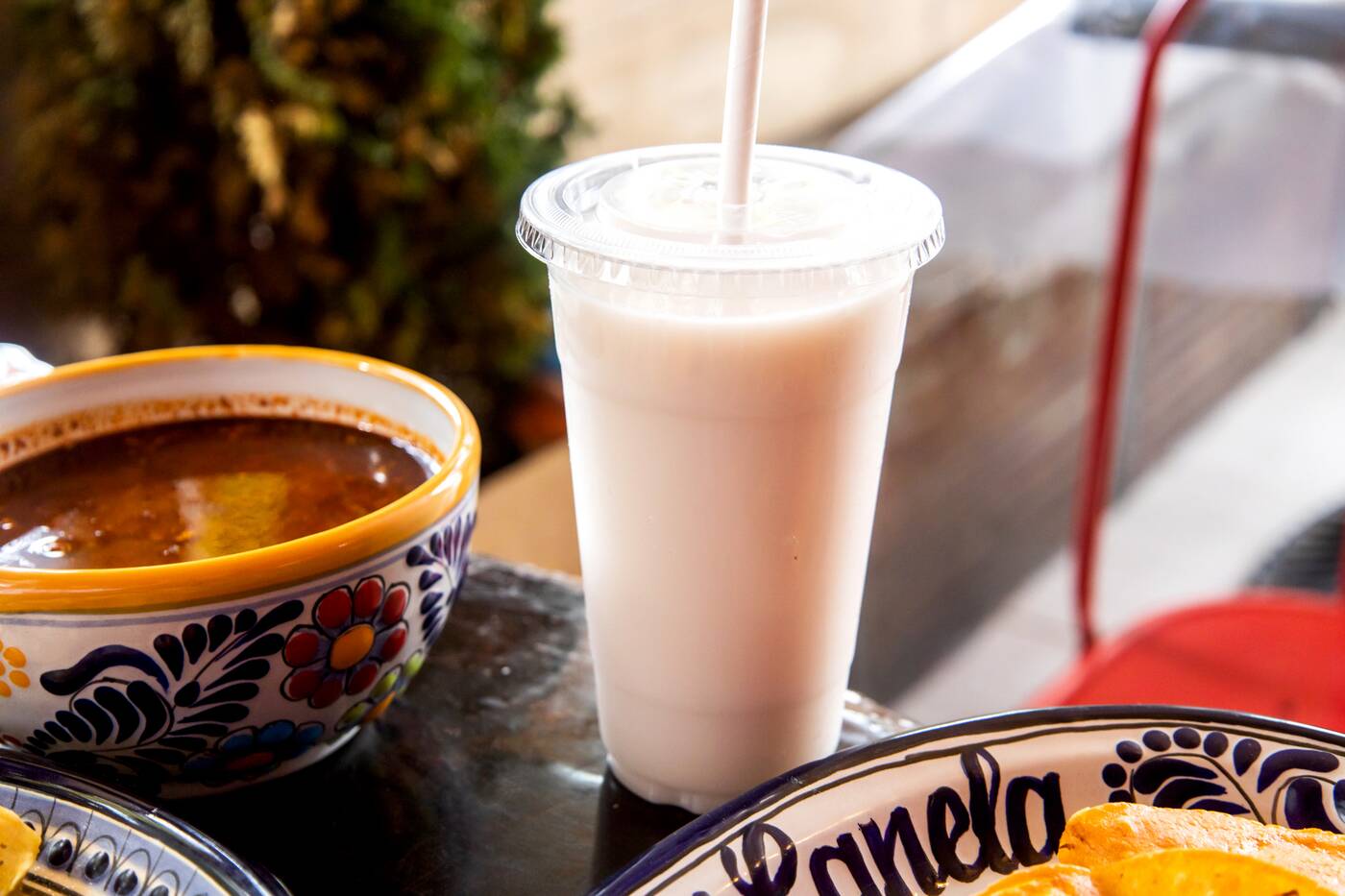 Refreshments are made fresh daily like the horchata ($5.10), a creamy combo of brown rice, coconut cream, vanilla, and Ceylon cinnamon (which is priced at a steep $25 per pound). 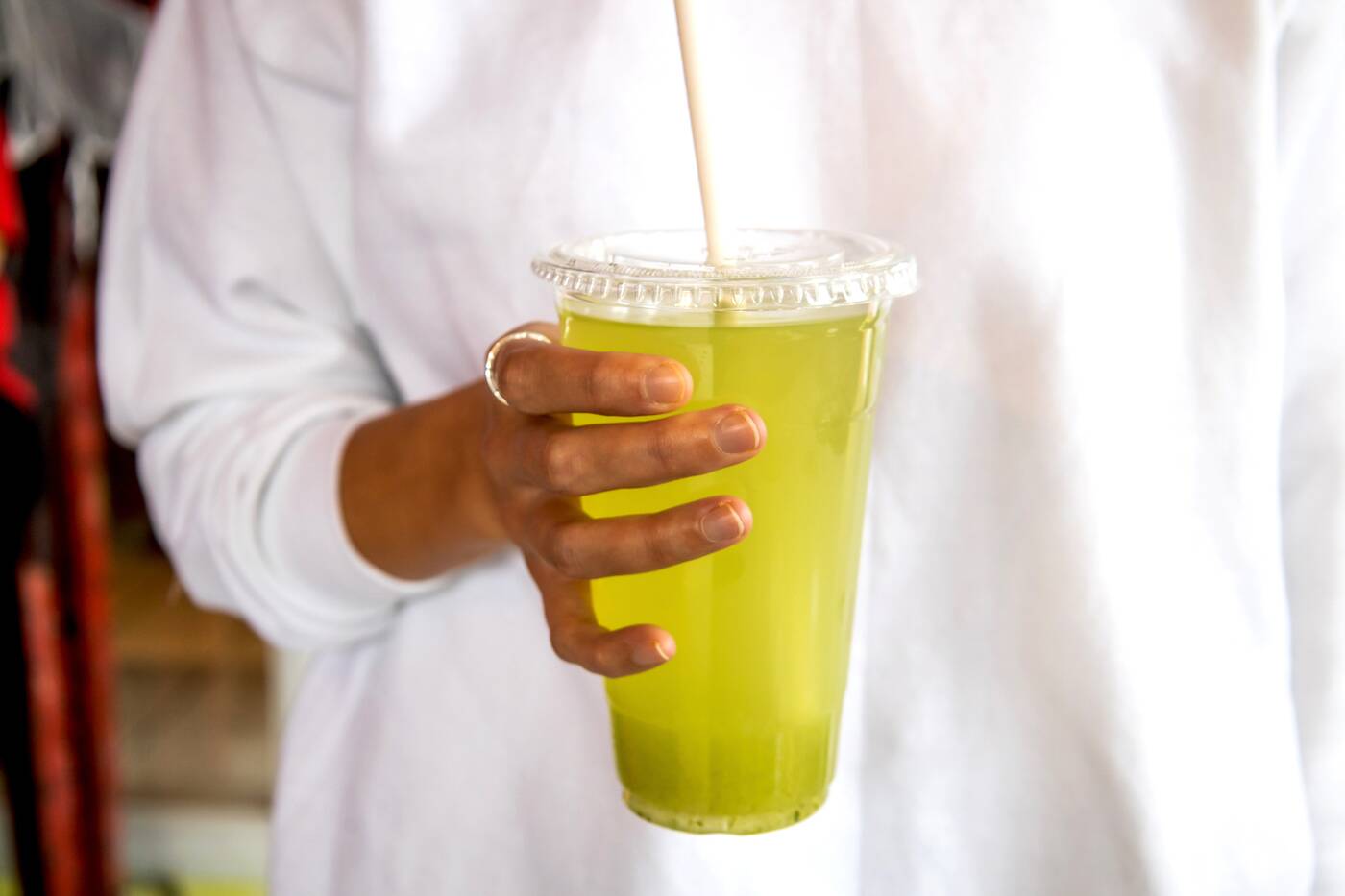 Other flavours include Jamaican lemonade, which is made with steeped hibiscus leaves and infused with vanilla, and lemon cucumber. 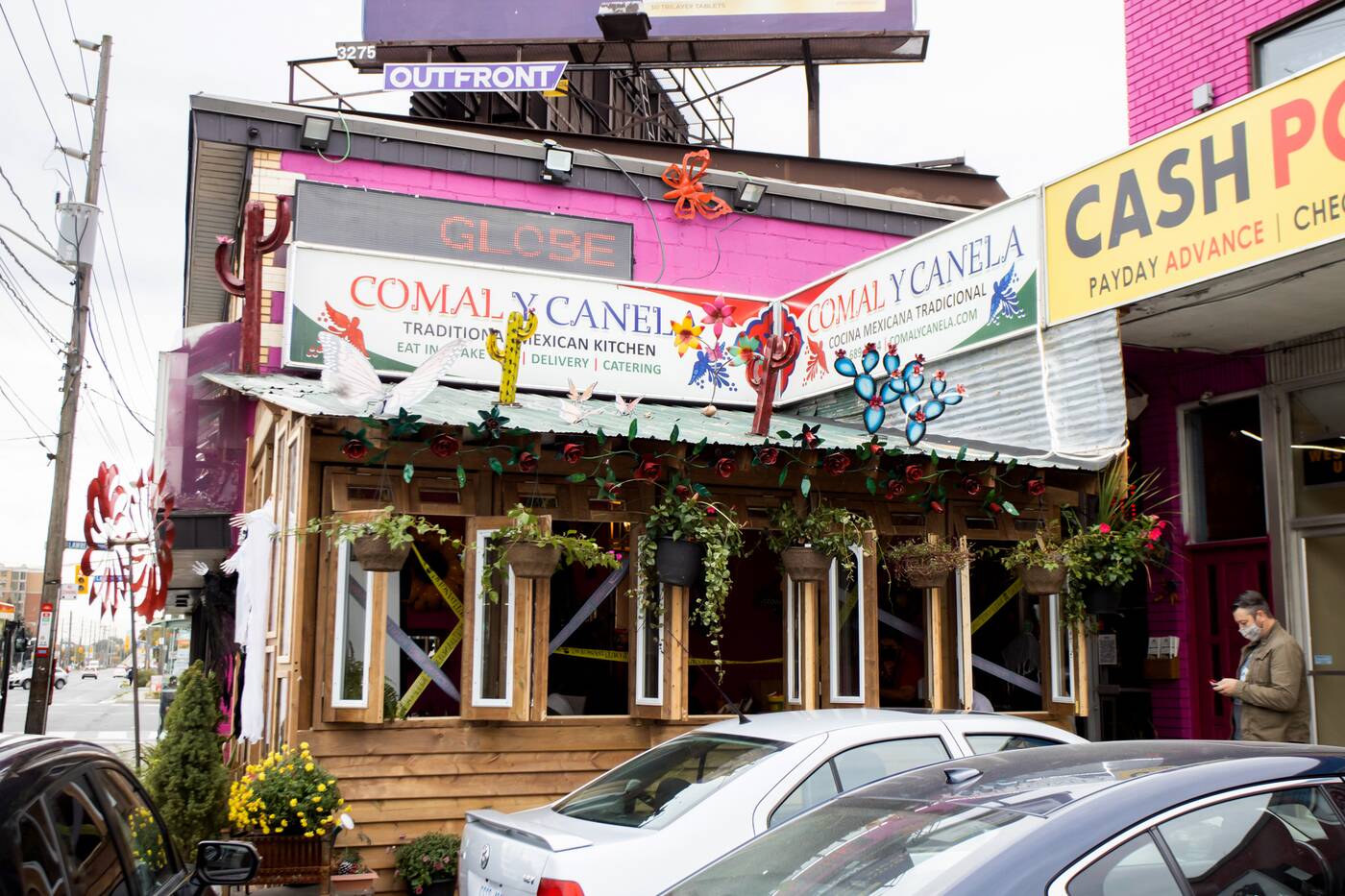