Alebrijes Taqueria is open for takeout, delivery and dine-in. A maximum of 26 customers are allowed inside at a time. There are floor markers and hand sanitizer at the counter. Masks are mandatory.

No matter how you choose to get your meal, carefully prepared meat is the headliner of any plate at this Mexican restaurant on Dufferin Street just north of Eglinton Avenue West. 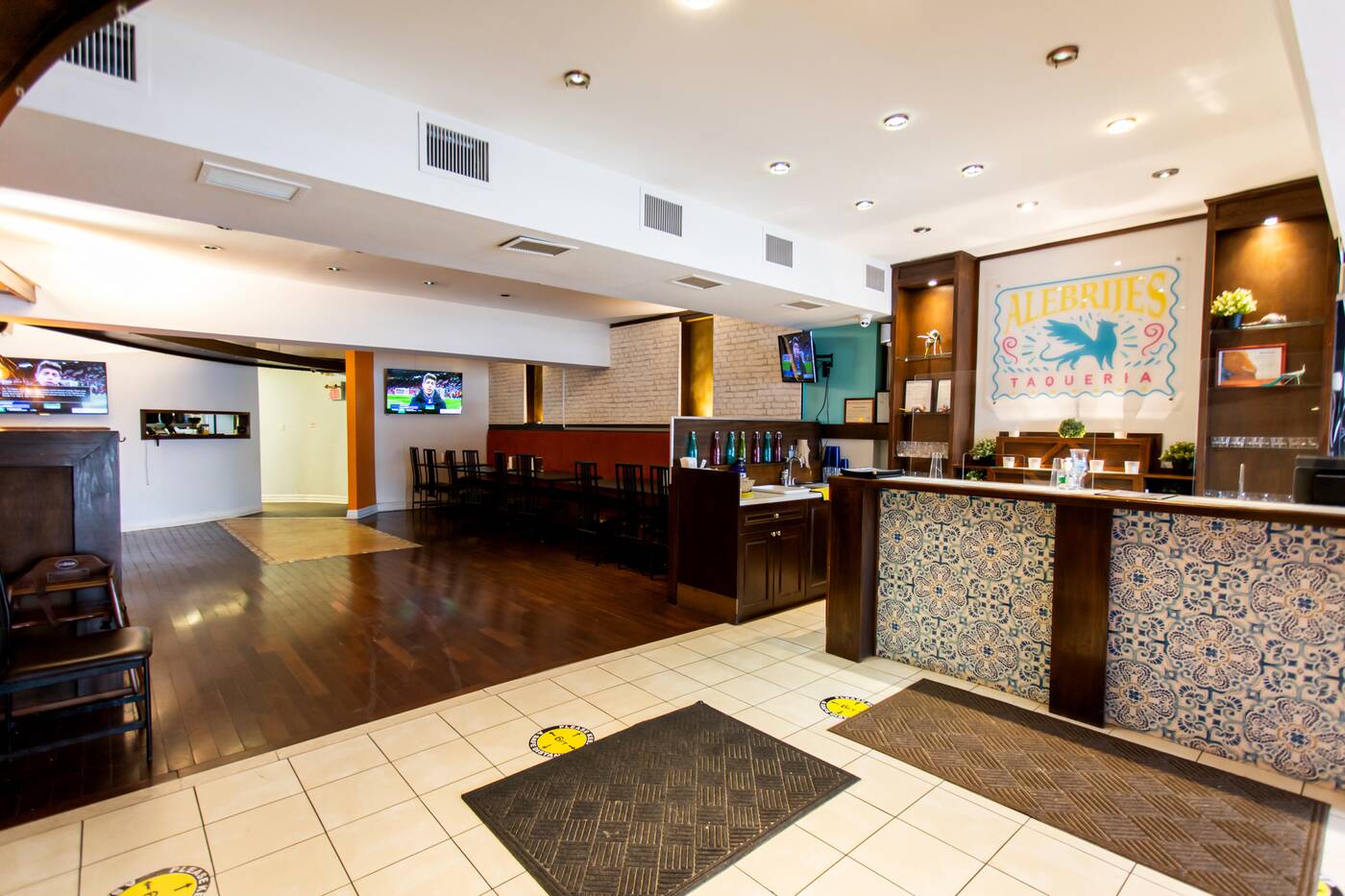 The taqueria was opened by two Mexican expats who've been living in Toronto for the past 15 years, husband and wife Claudio David Babick and Cristhian Maldonado. 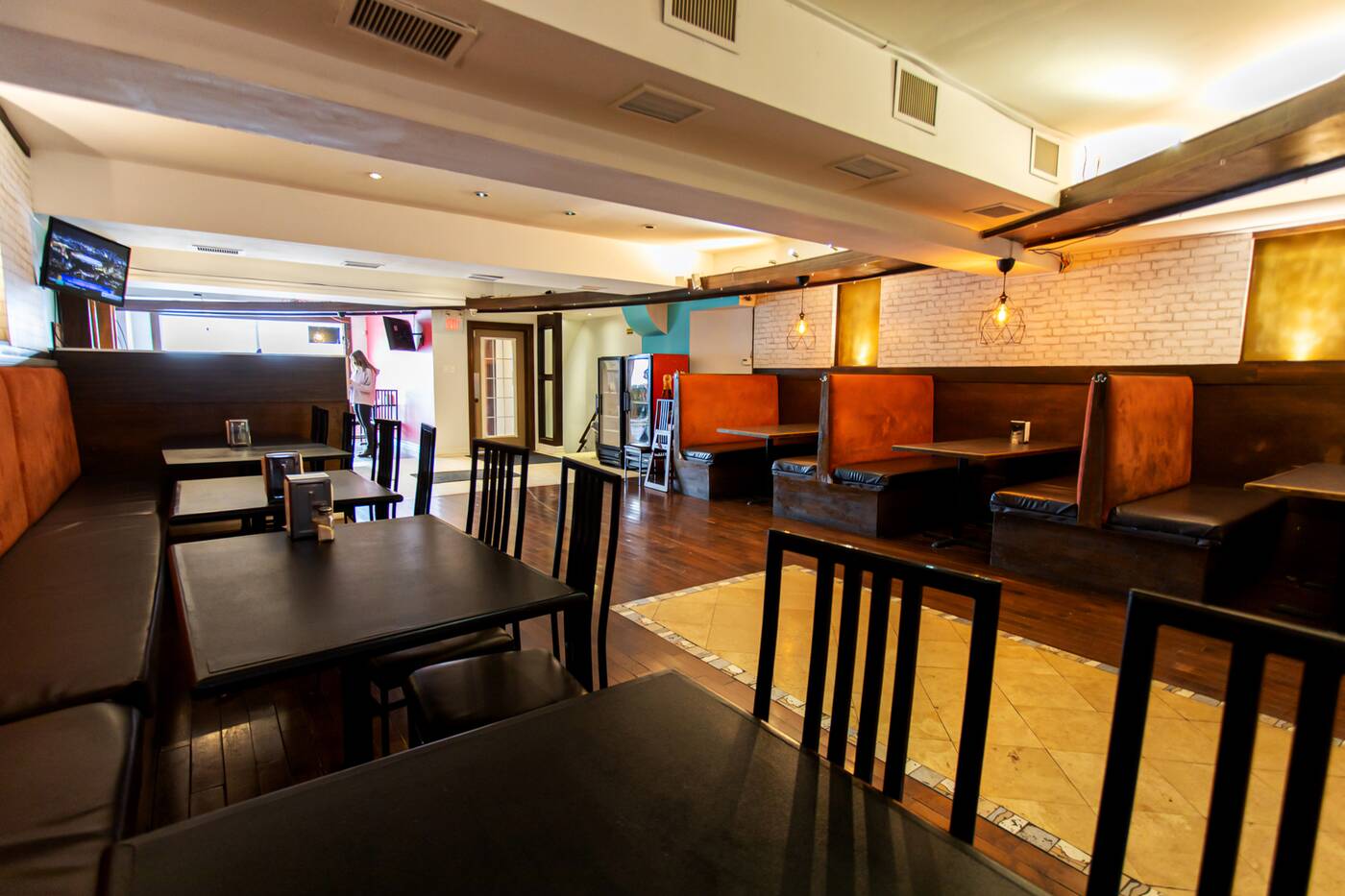 Babick and Maldonado's first restaurant is named after the colourful, fantastical creatures popular within Mexican folk art to immediately set it apart as an outpost for Mexican eats. 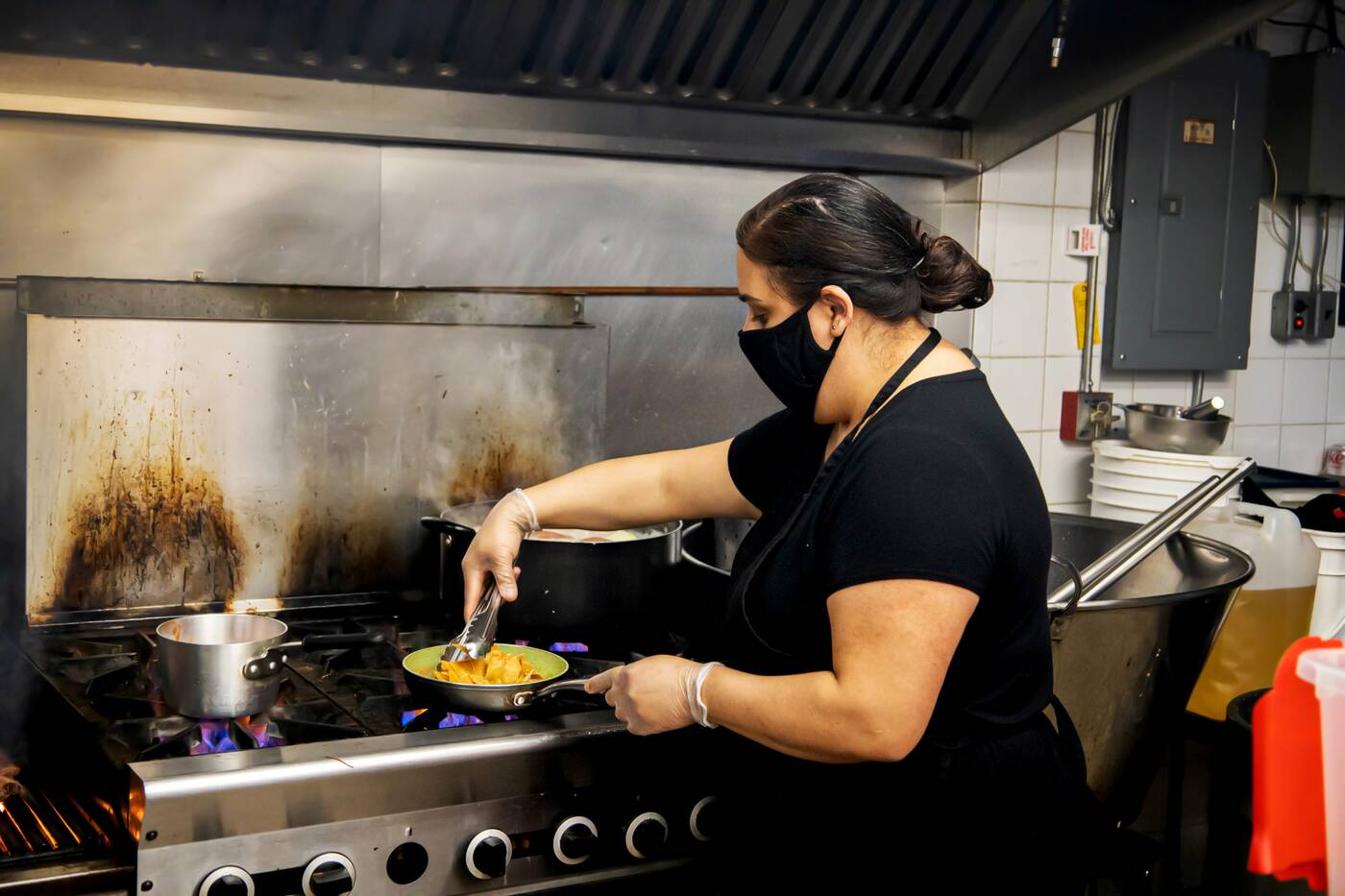 The menu is inclusive of all regions of Mexico, with some recipes coming from family and friends. When needed, the couple does test runs of a dish to nail down the most authentic version, according to Maldonado. 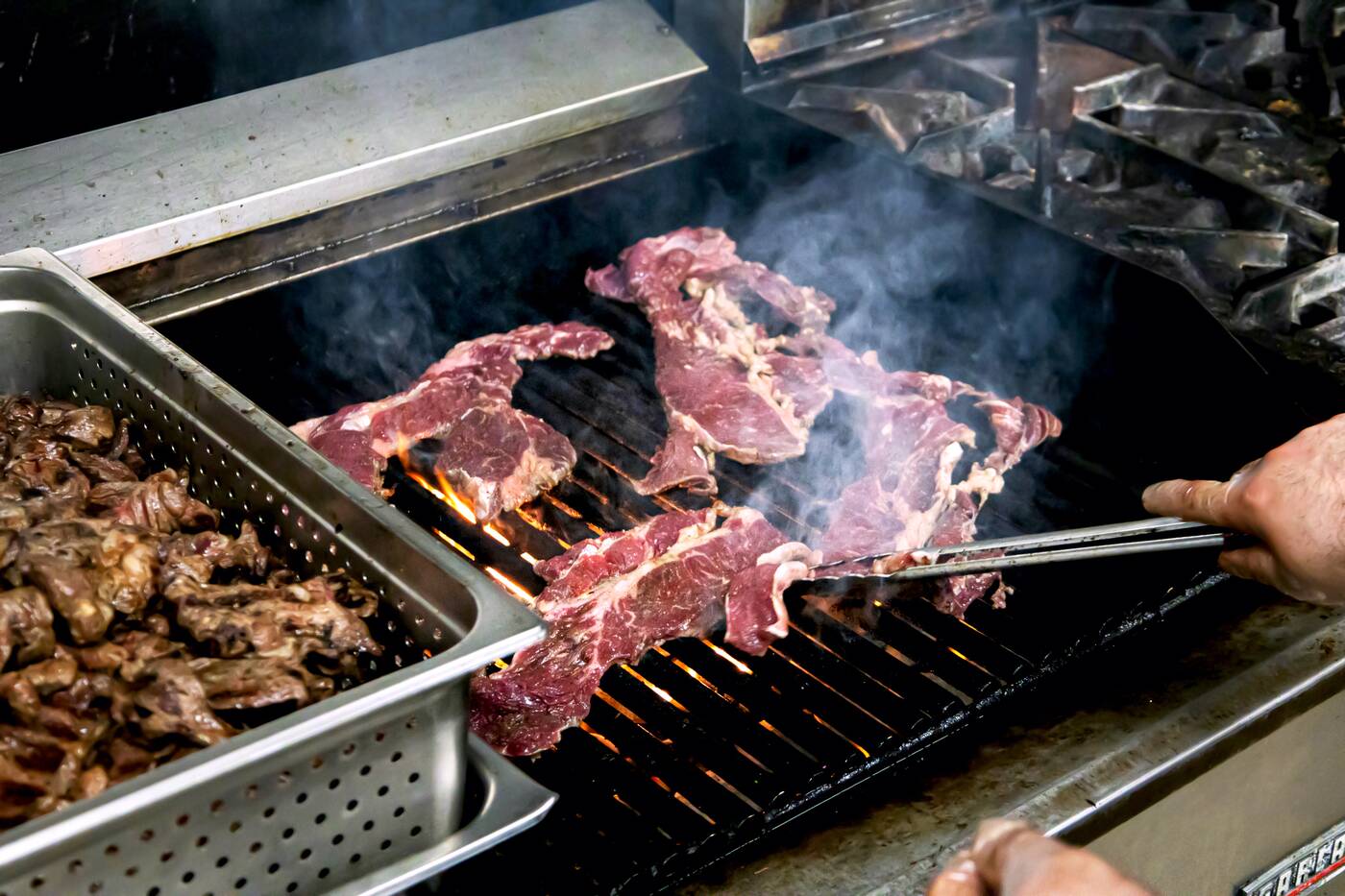 Individual tacos cost just north of $4, with a few featuring only onion and cilantro as its garnish to highlight the meat, usually slow-braised or left to marinate for several hours before filling the soft corn tortilla. 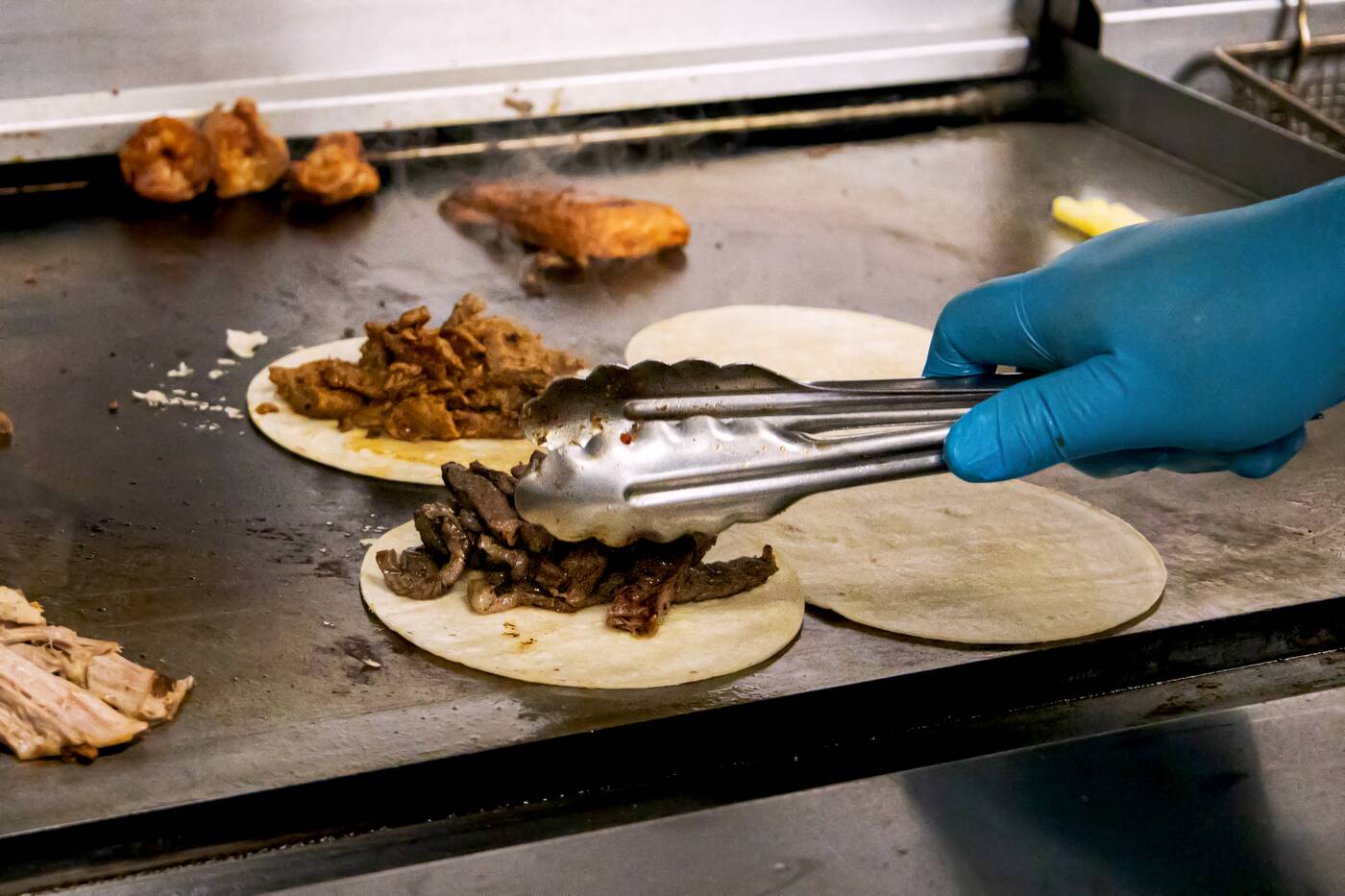 Carnitas is braised in pork lard for three hours until tender, and beef Asada gets a super simple salt and pepper seasoning, topped with pico de gallo. 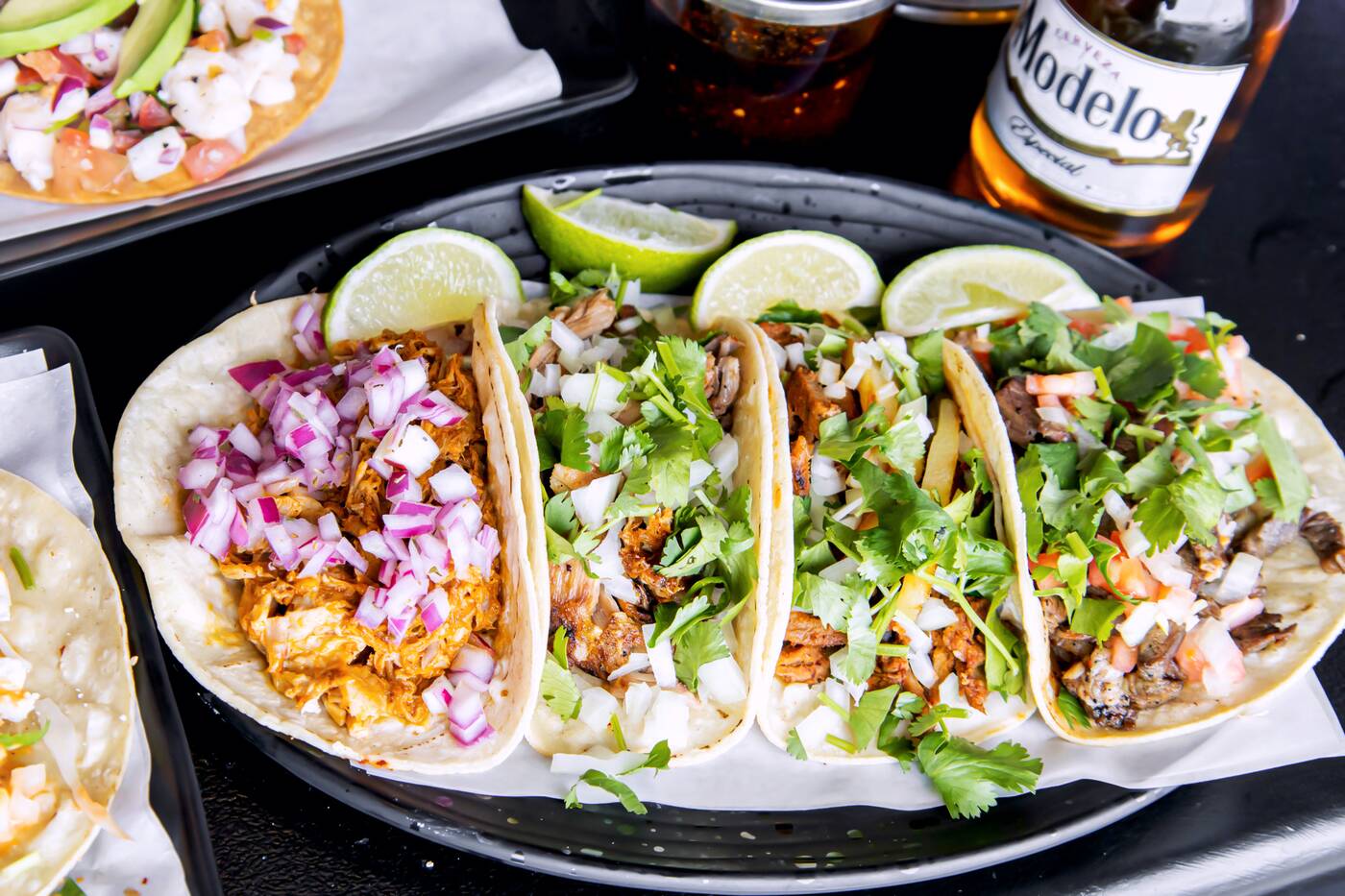 Cochinita is marinated with annatto seeds, sour orange and spices, wrapped in banana leaves and braised for six hours in a modern stainless steel take on a traditional pib or earth oven. Served with pickled onion.

The weekend is the best time to go to try it fresh as it's then made for the rest of the week. That's to say, it's a tad dry come Thursday. 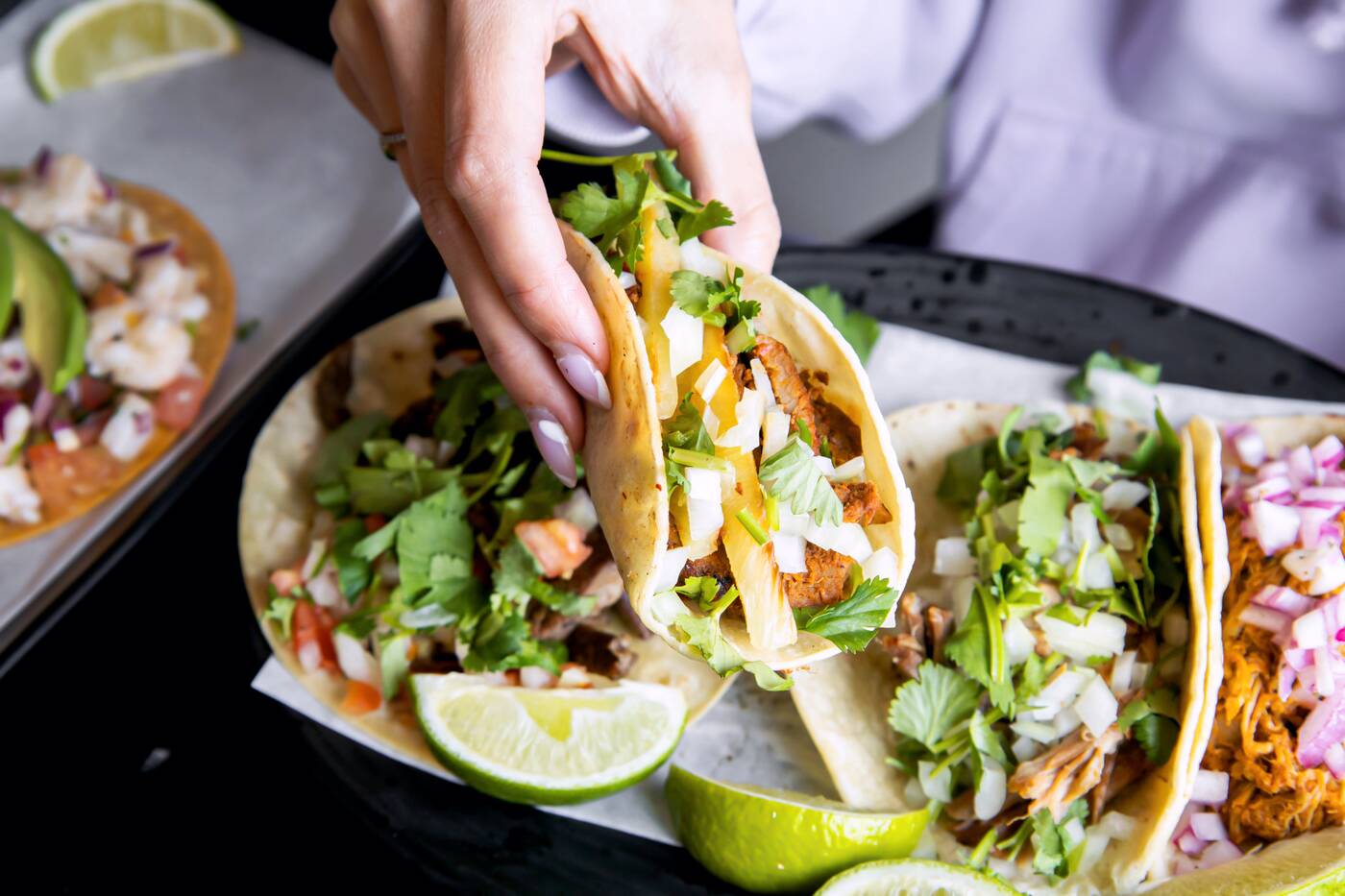 Al pastor, made in a marinade of chile and topped with grilled pineapple, is another top-seller. A drizzle of one of the three homemade salsas at the table adds some extra spice and flavour. 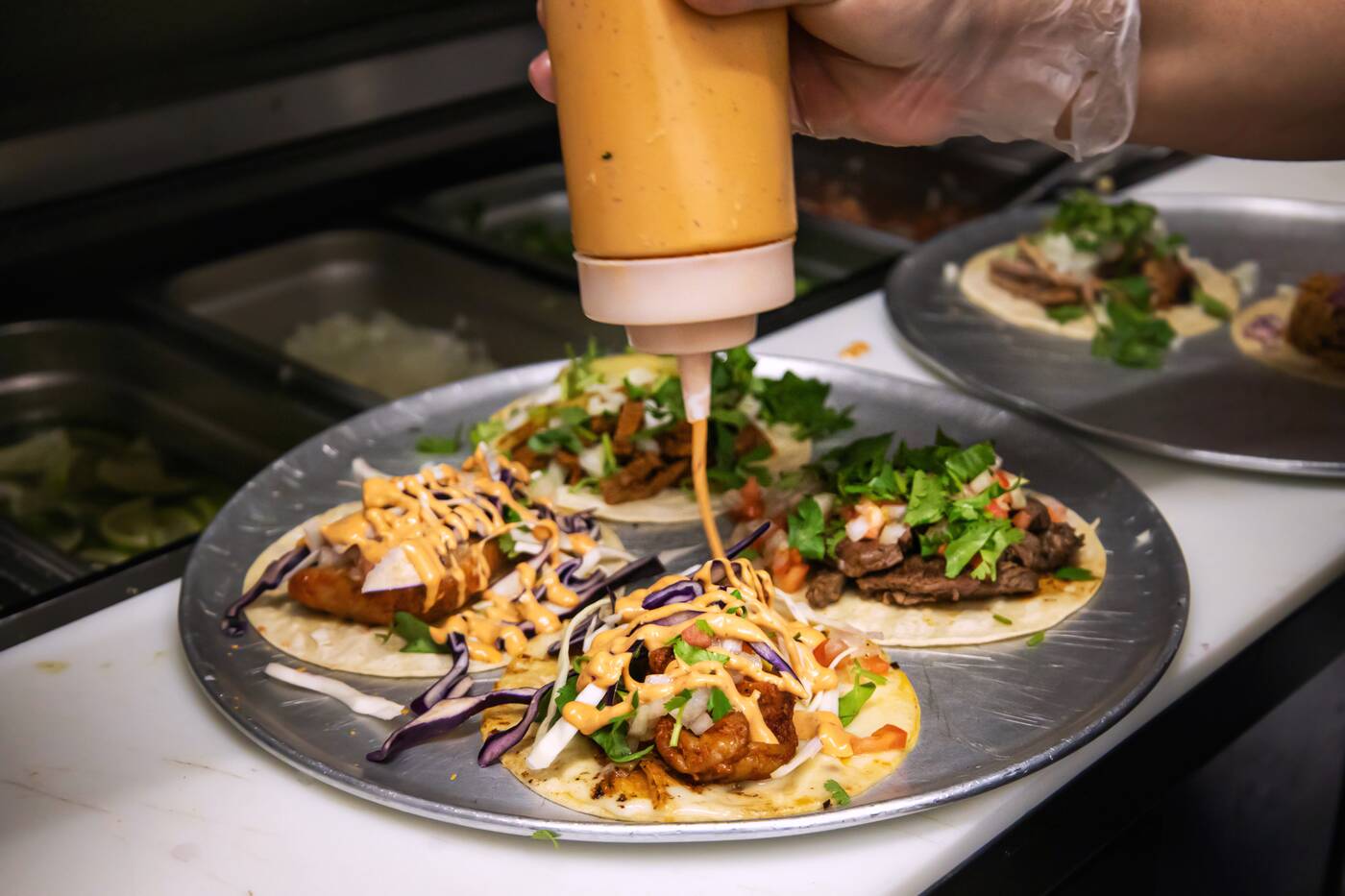 Fish tacos are more dressed up, with cabbage, pico de gallo and chipotle salsa accompanying seasoned shrimp on a cheesy tortilla for one. 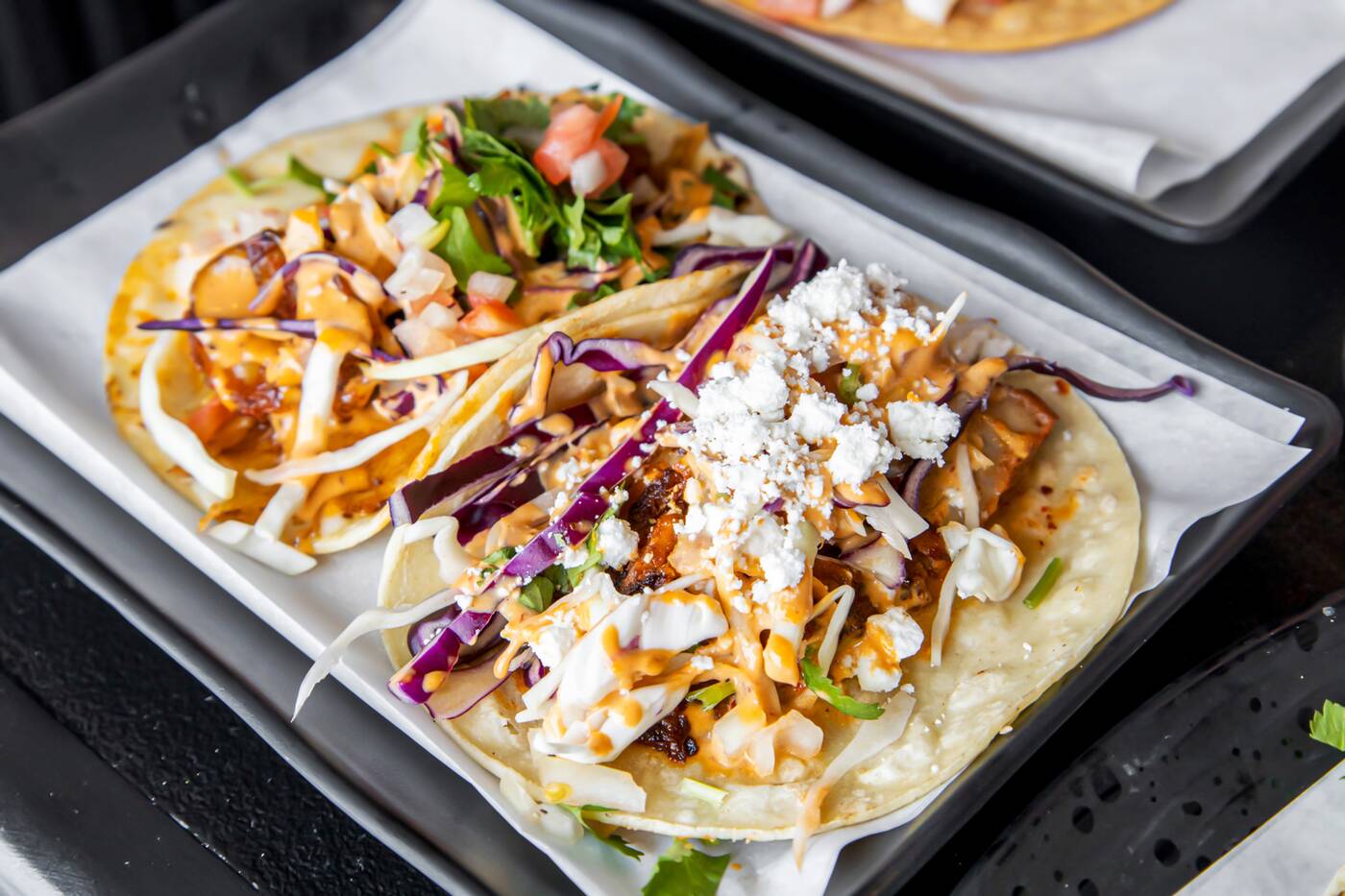 Another gets basa, the filet prepared on a griddle like the shrimp with a really light breading. The only difference in toppings is a sprinkle of queso fresco instead of melted cheese on the bottom of the tortilla. 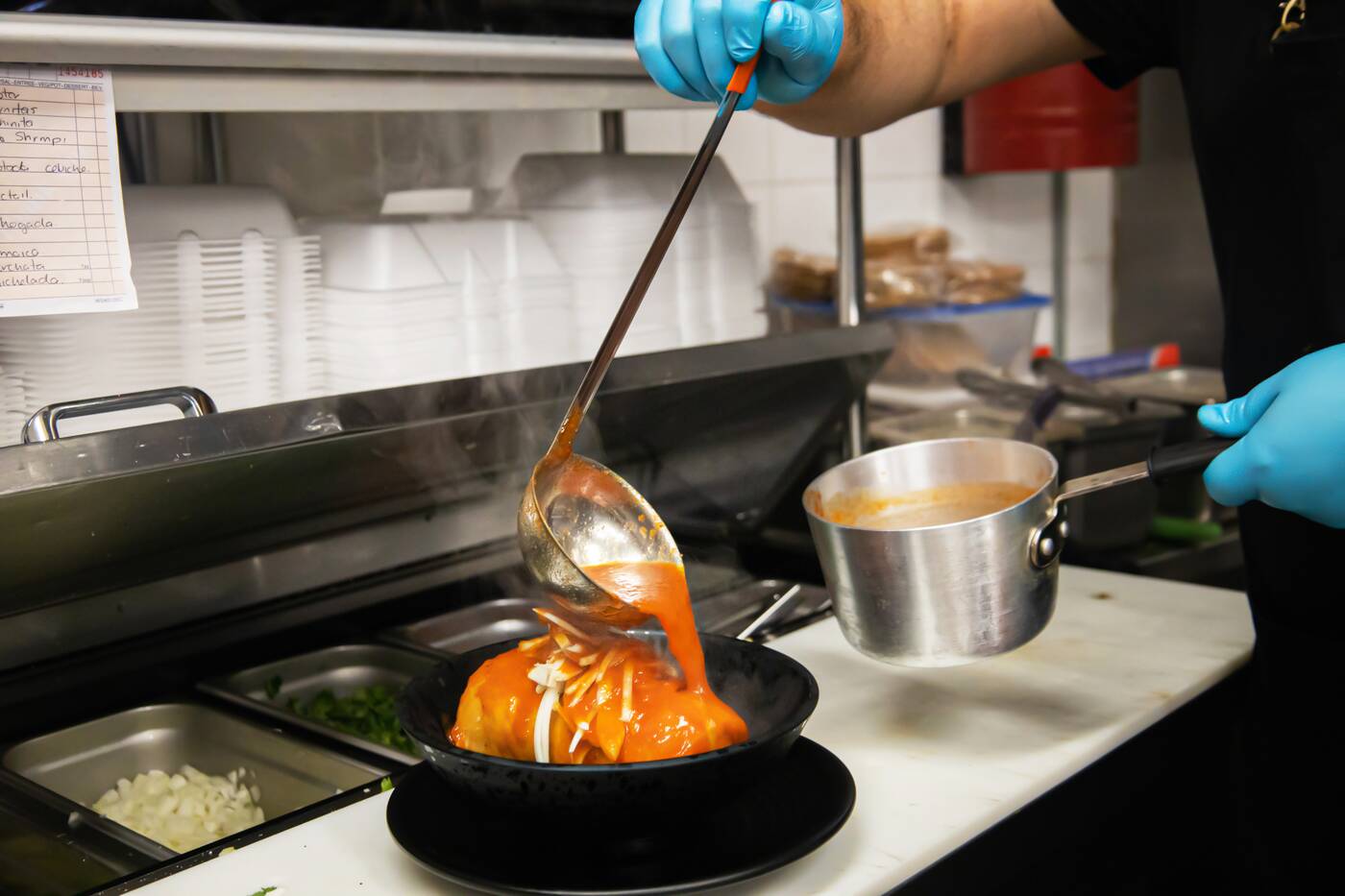 Alternatively, all of the protein on the menu can be made into a torta on a crusty bread roll. Torta ahogada translates to "drowned sandwich," poured over with a spicy red salsa made of tomatoes, chiles and other ingredients. 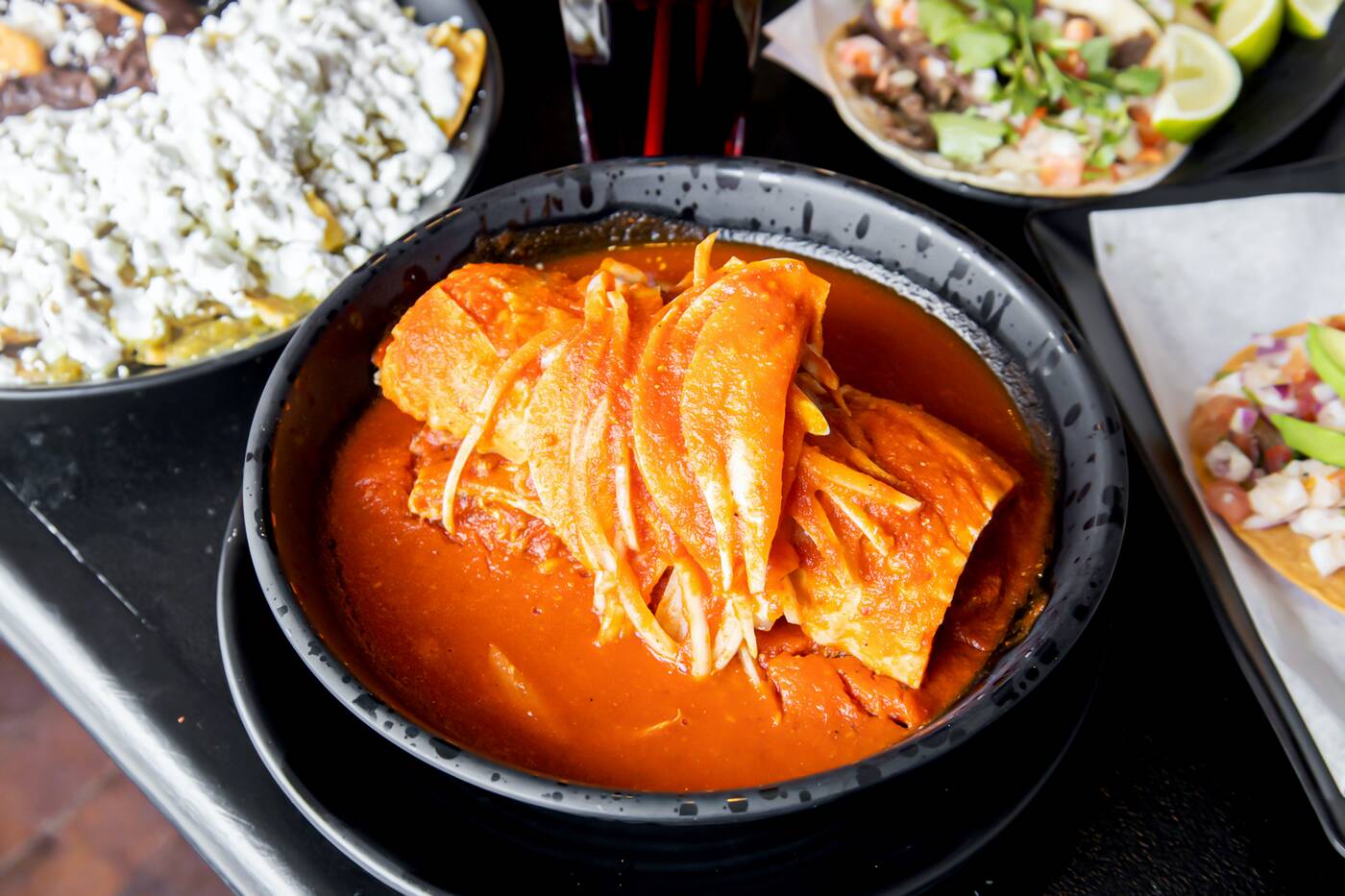 We try it filled with carnitas and fried black beans, topped with pickled onions ($9.50). Feel free to request your preferred heat level as they're happy to adjust the spice per order. 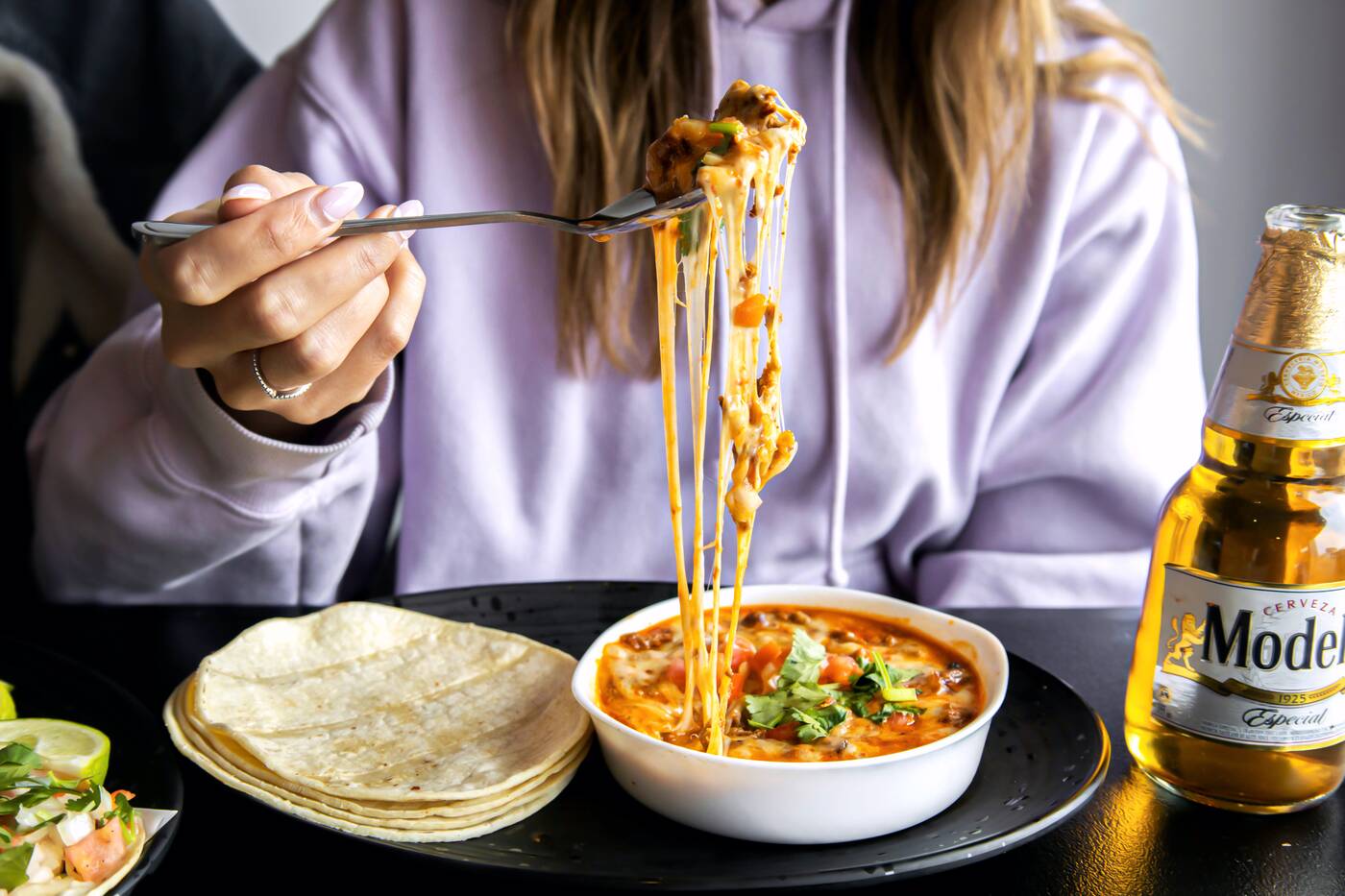 Perfect for sharing, choriqueso ($13.50) is a bowl of melted cheese and chorizo served with four warm tortillas on the side. You can also get this one with shrimp instead. 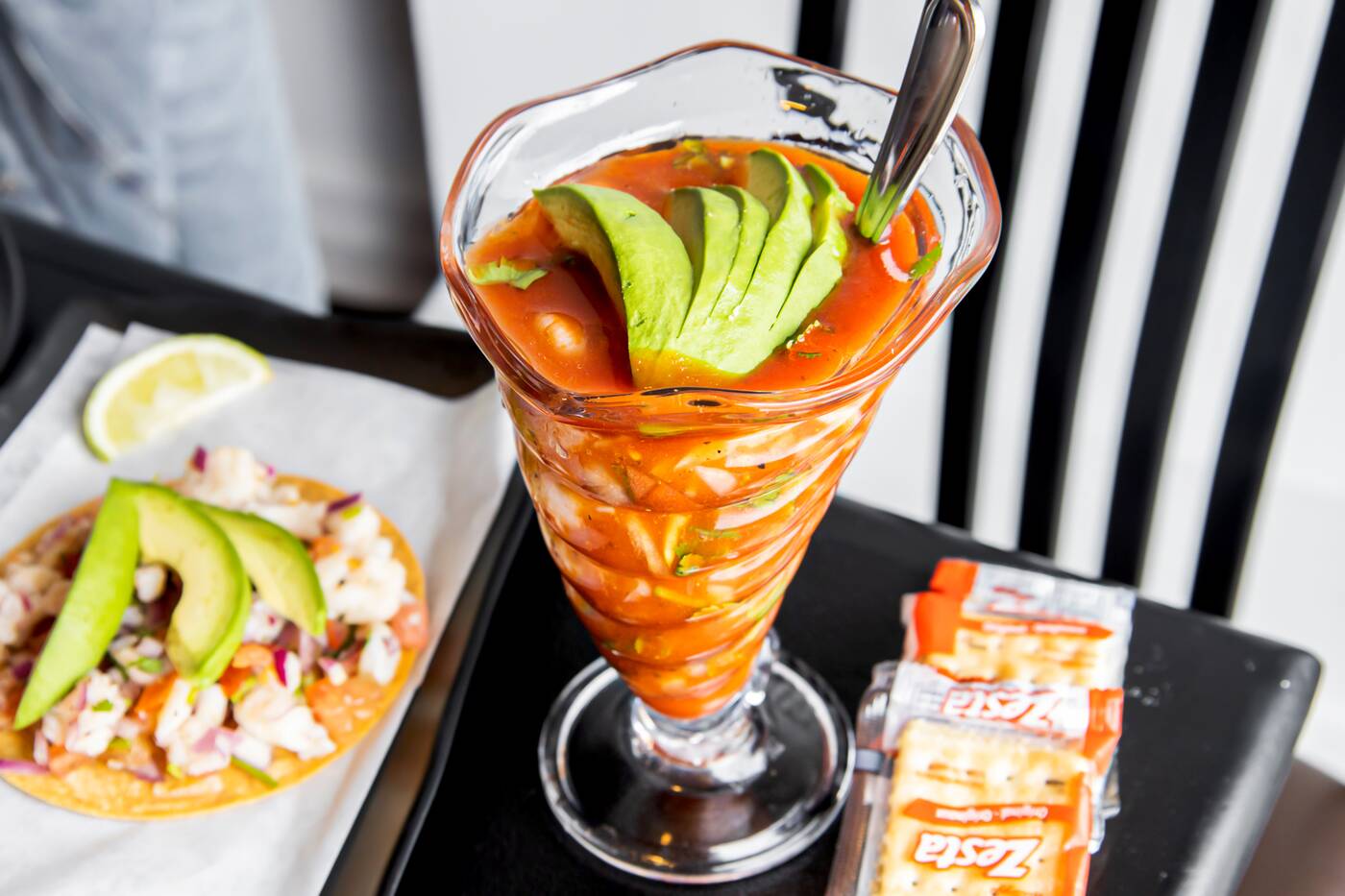 Newer to the menu is the shrimp cocktail ($15), which is rather heartier than you might be used to with a traditional shrimp cocktail. A tall, spiral glass is filled with shrimp, spicy tomato sauce, diced veggies and avocado on top. 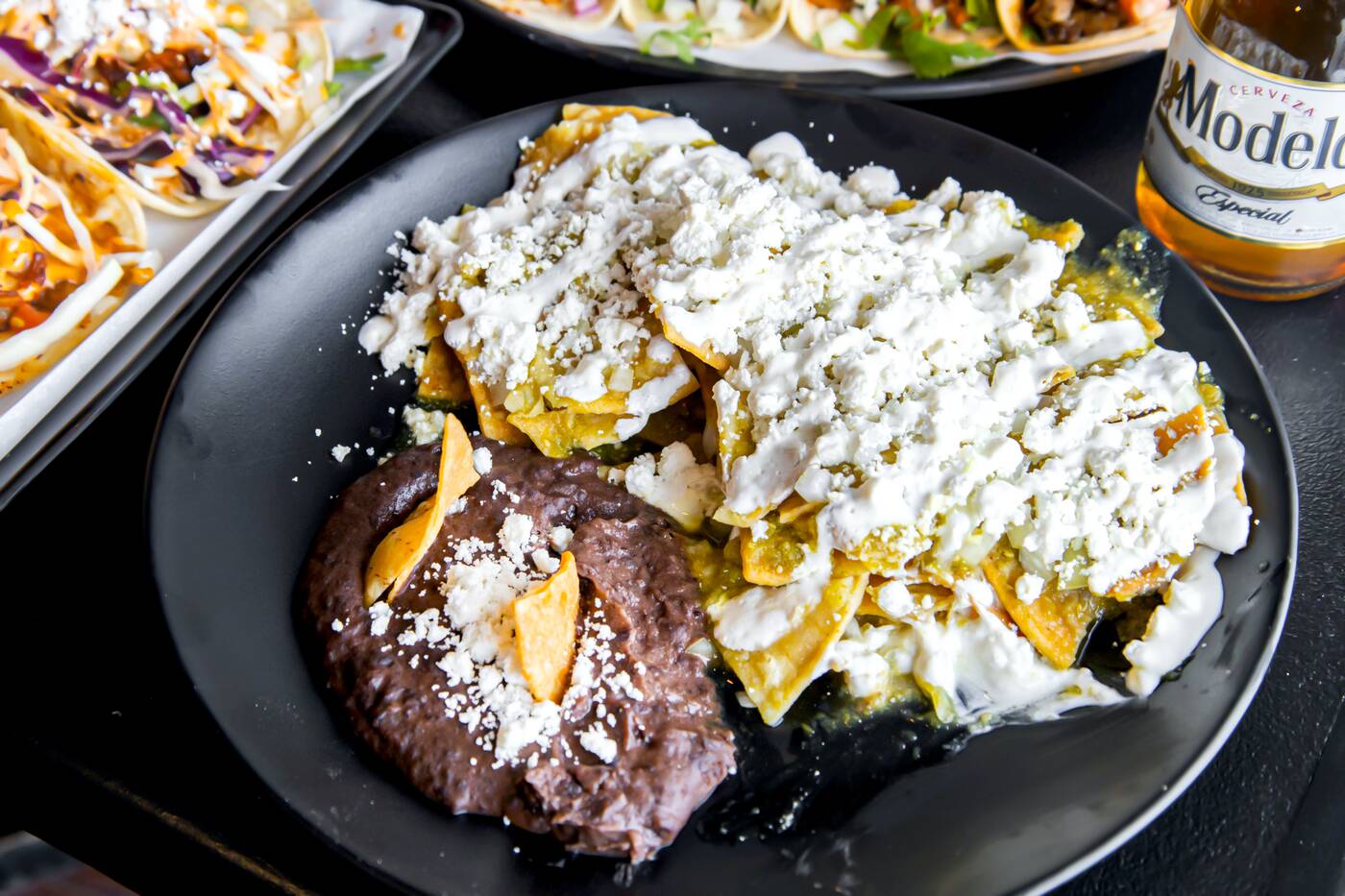 Chilaquiles ($9.75) is drenched in your choice of red or a milder green salsa, onions, sour cream and queso fresco, served with fried black beans. This dish can sometimes turn soggy fast, but the tortilla chips here seem to hold up well under the salsa as we eat. 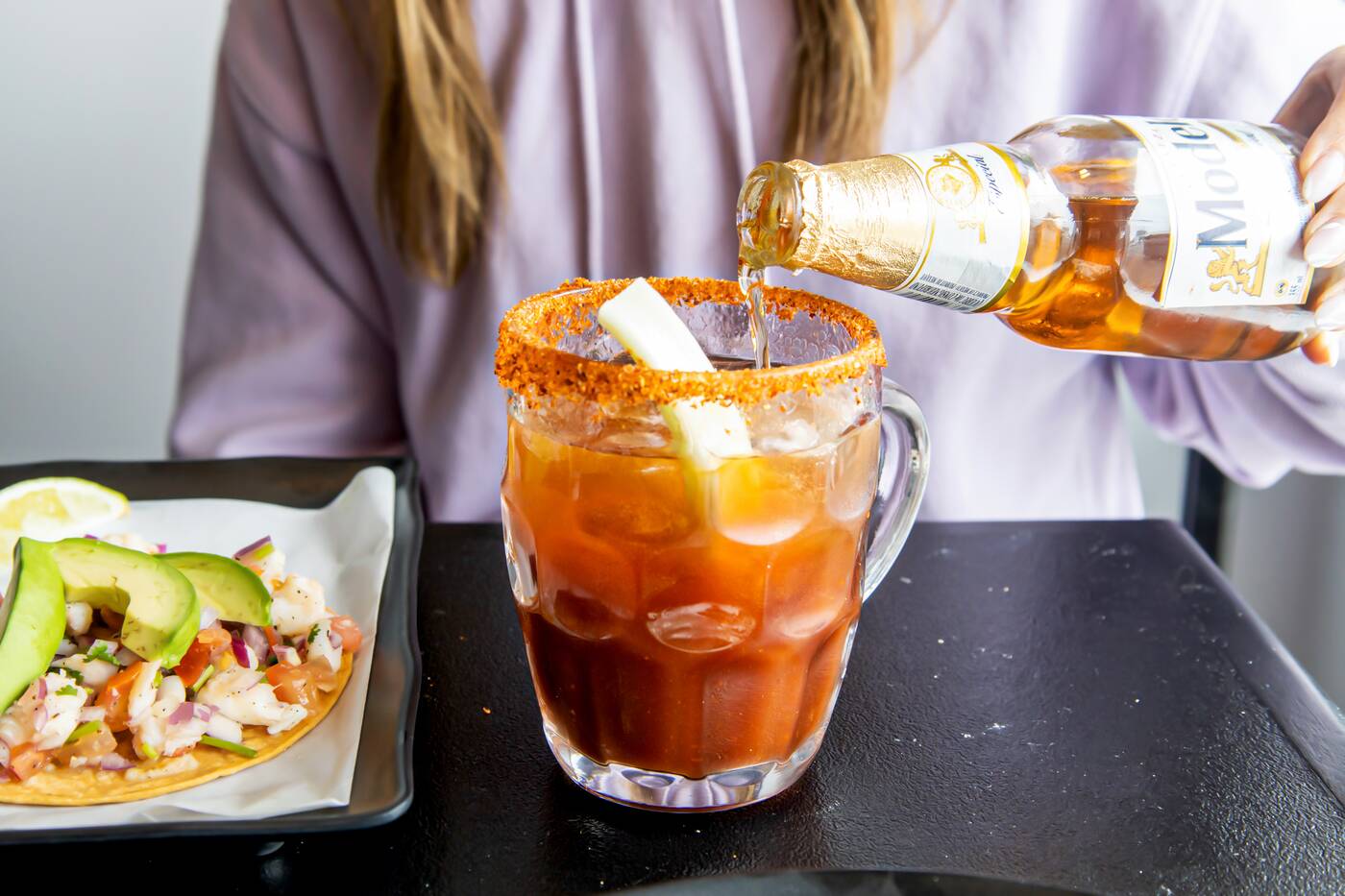 When it comes to drinks, the michelada ($9.50) is a Mexican bloody Mary made with hot sauce, lime, a mix of salsas, Clamato juice and topped off with either Corona or Modelo. 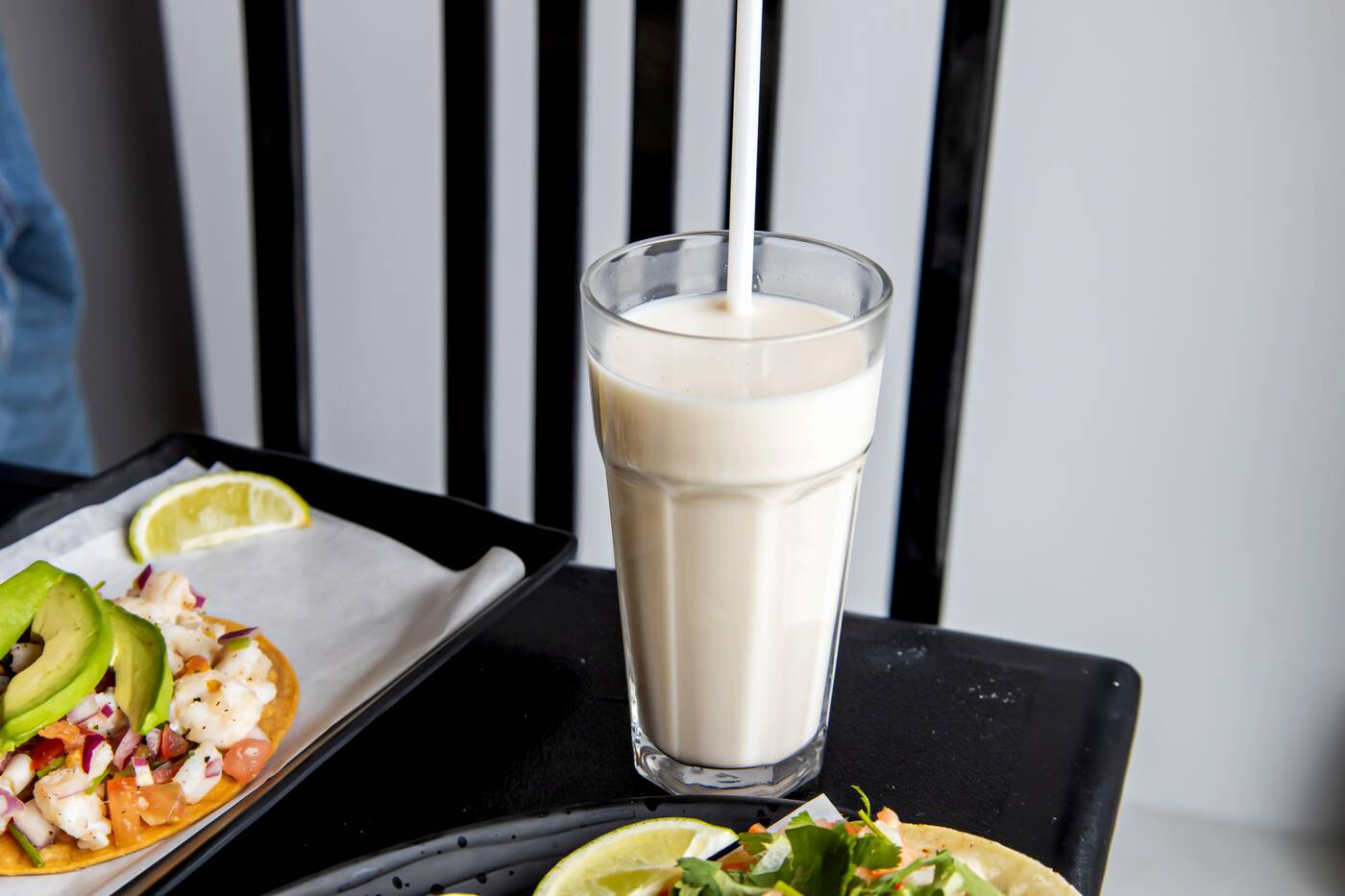 They also make their own hibiscus water and horchata ($2.50 to $6.09 depending on size), with the perfect level of sweetness and a good depth of flavour that lingers in your mouth even once you're done with it. 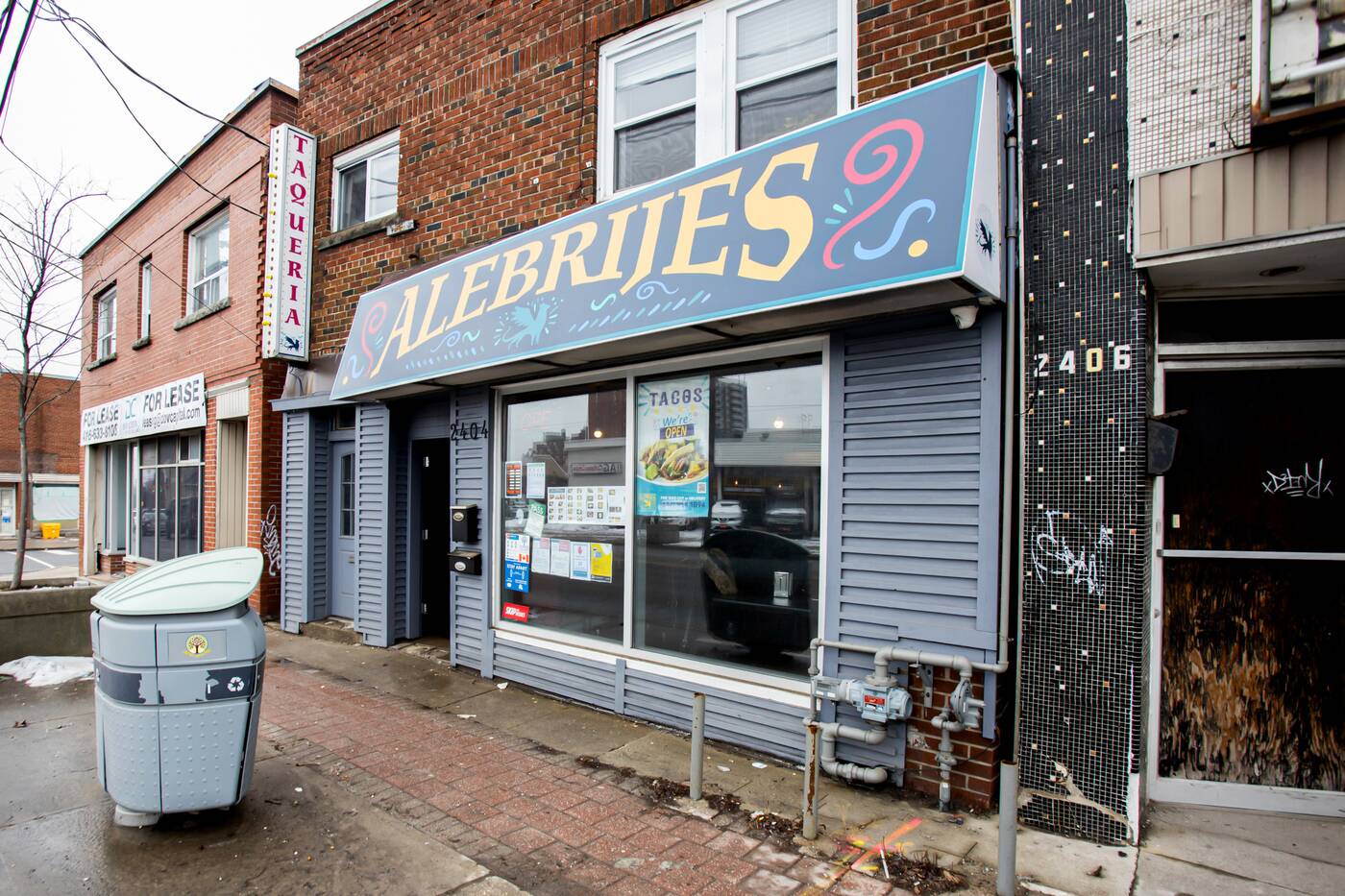