Jollibee at Wilson Station is the second Toronto location of the famed Filipino fried chicken chain that's taking over the fast food world.

Known internationally for their Jolly Crispy Chicken, sausage-filled spaghetti and peach mango pies, the brand is often described as the McDonalds of the Philippines. 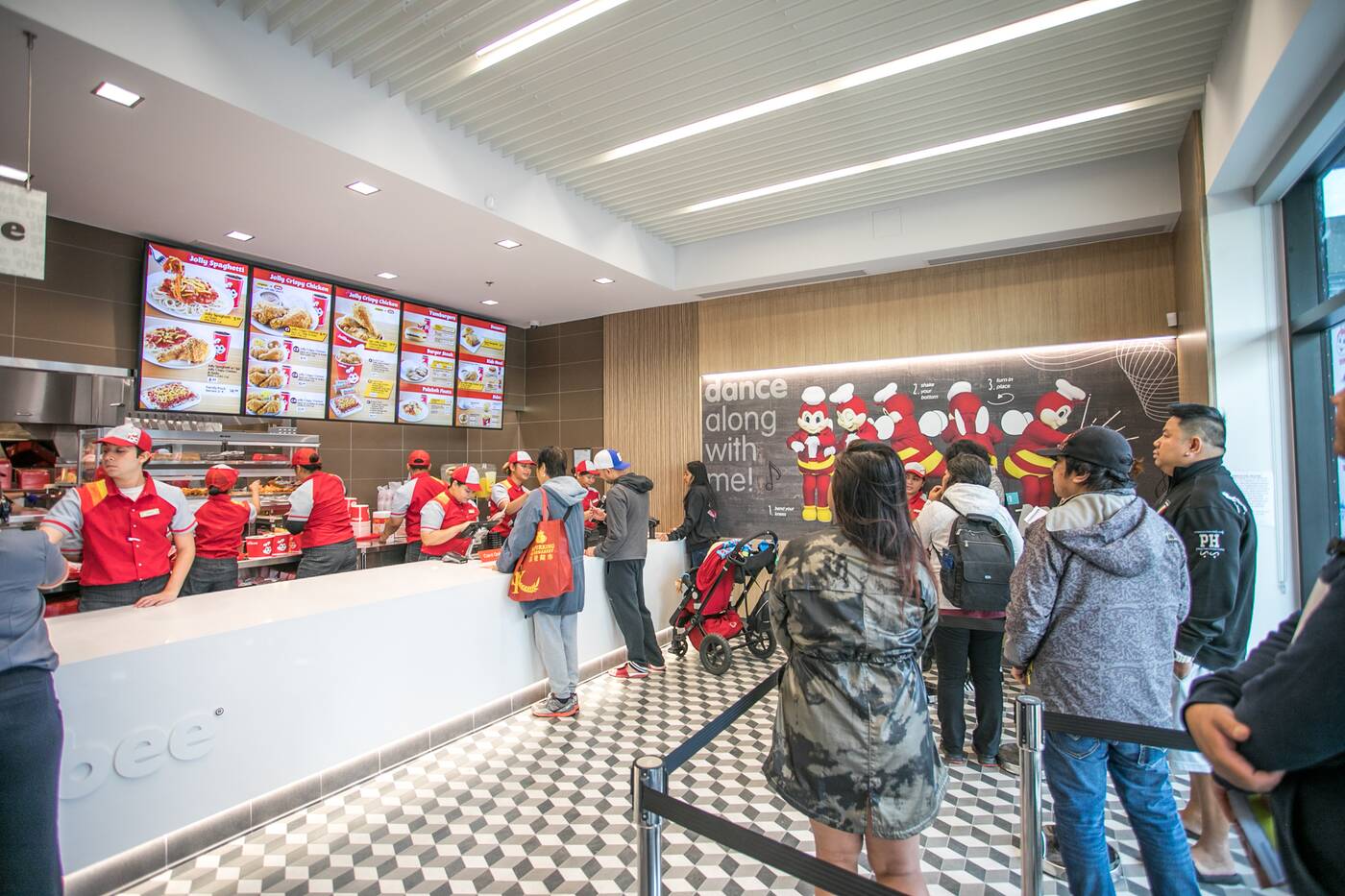 At this point, it's more of a cultural phenomenon. The Filipino diaspora in Toronto have described eating Jollibee as a nostalgic experience, where fried chicken and peach pies act as a gateway back to simpler times. 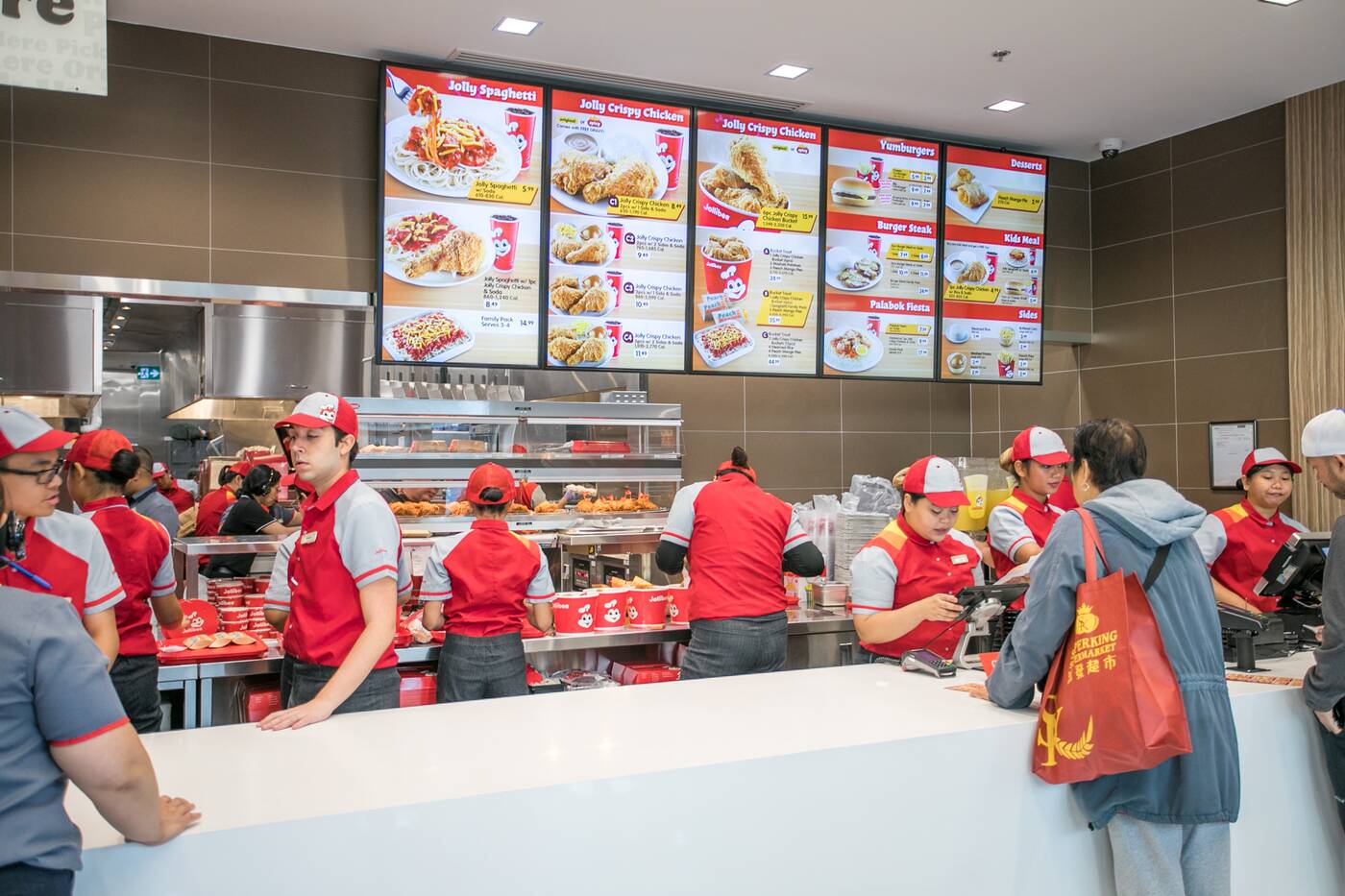 There were already 39 North American locations open before Jollibee finally came to Toronto in 2018, with a store in Scarborough, then inside Mississauga's Seafood City Supermarket. 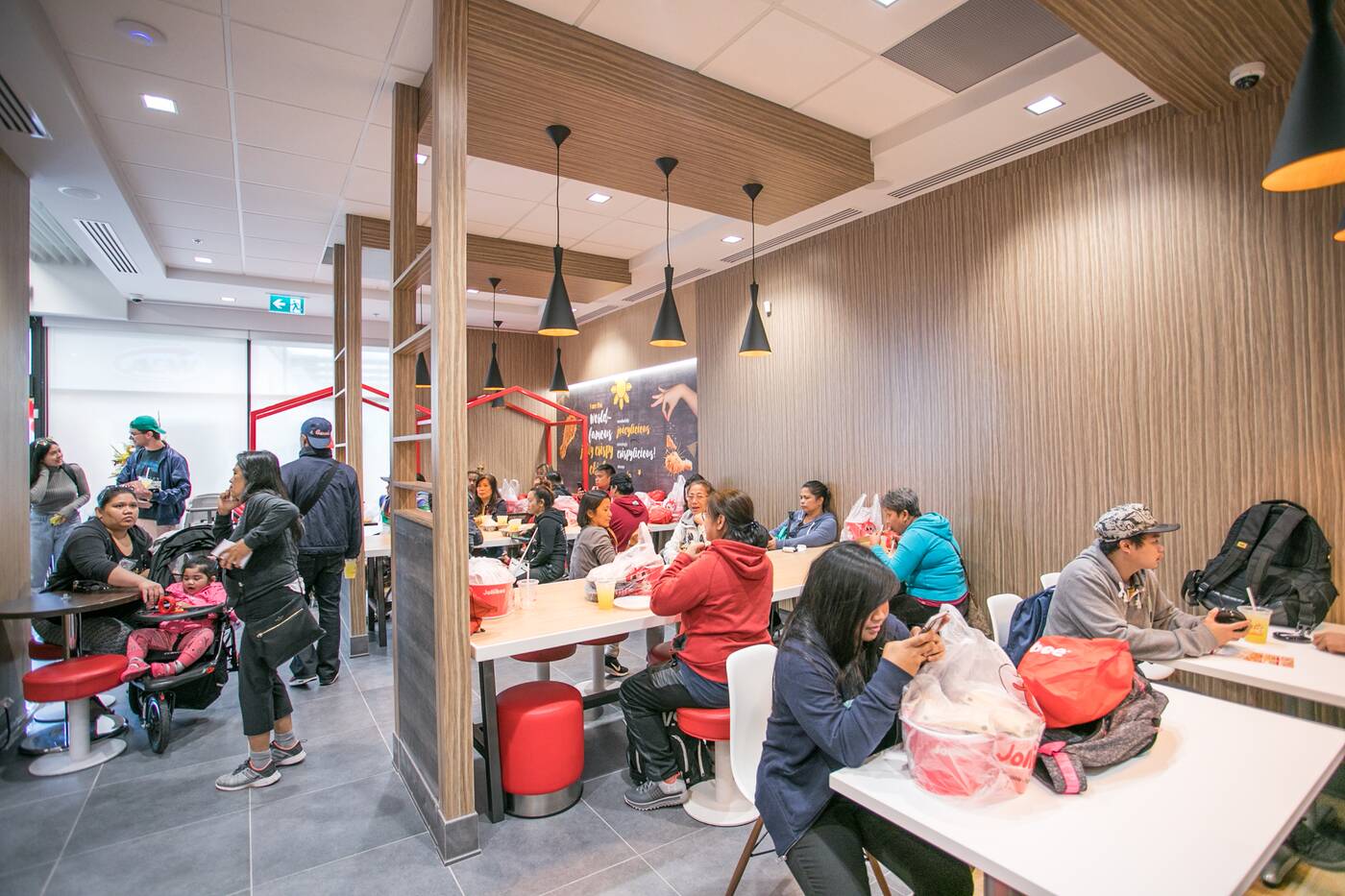 This outpost is located just a five minute walk from Wilson Station. It also sits in the same plaza complex as Costco, which might be helpful if you're trying to walk off all that fried chicken. 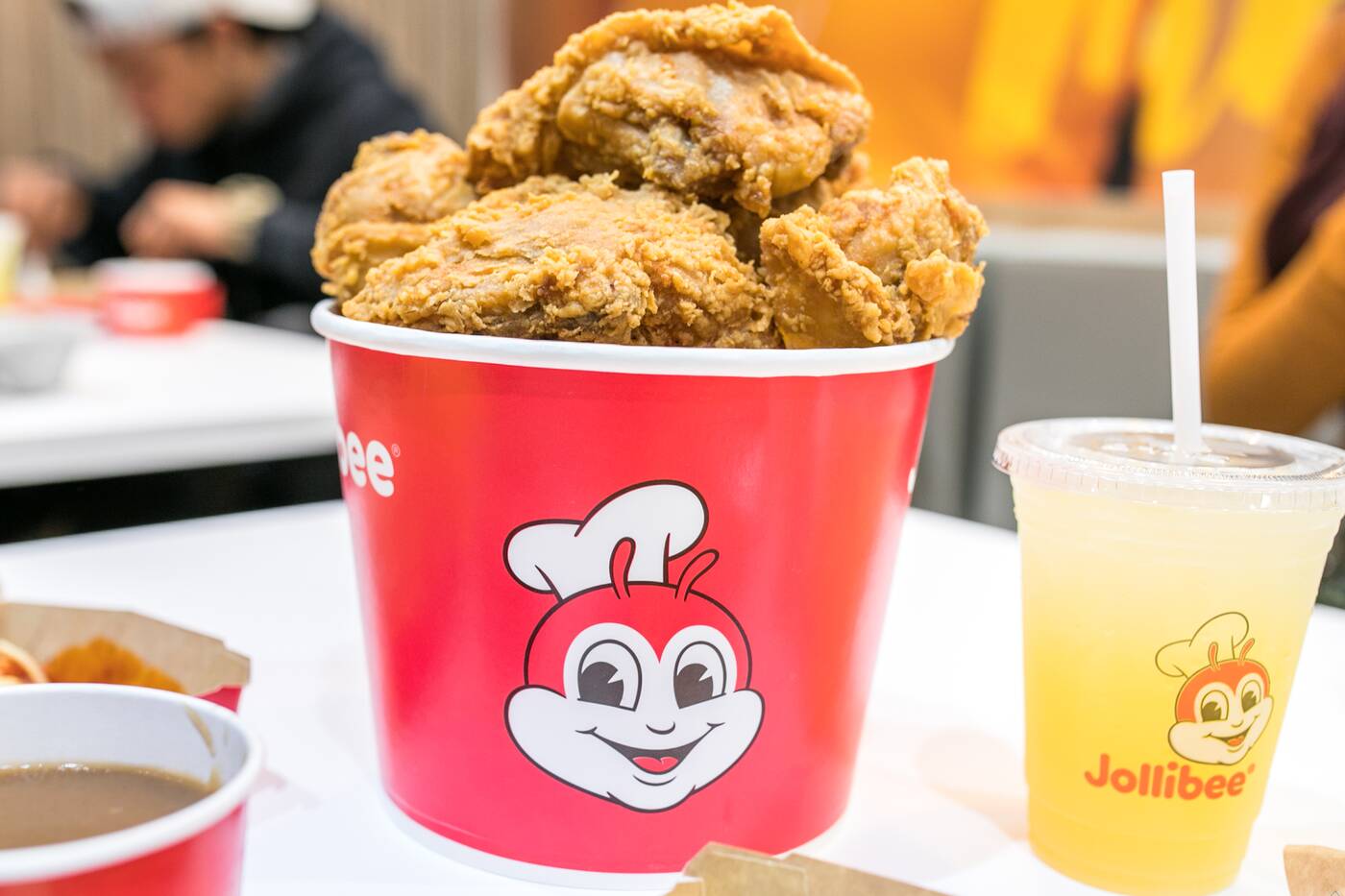 If you've never tried anything from here before, the no-brainer is an order of Jolly Crispy Chicken ($14.99 for a six-piece bucket). 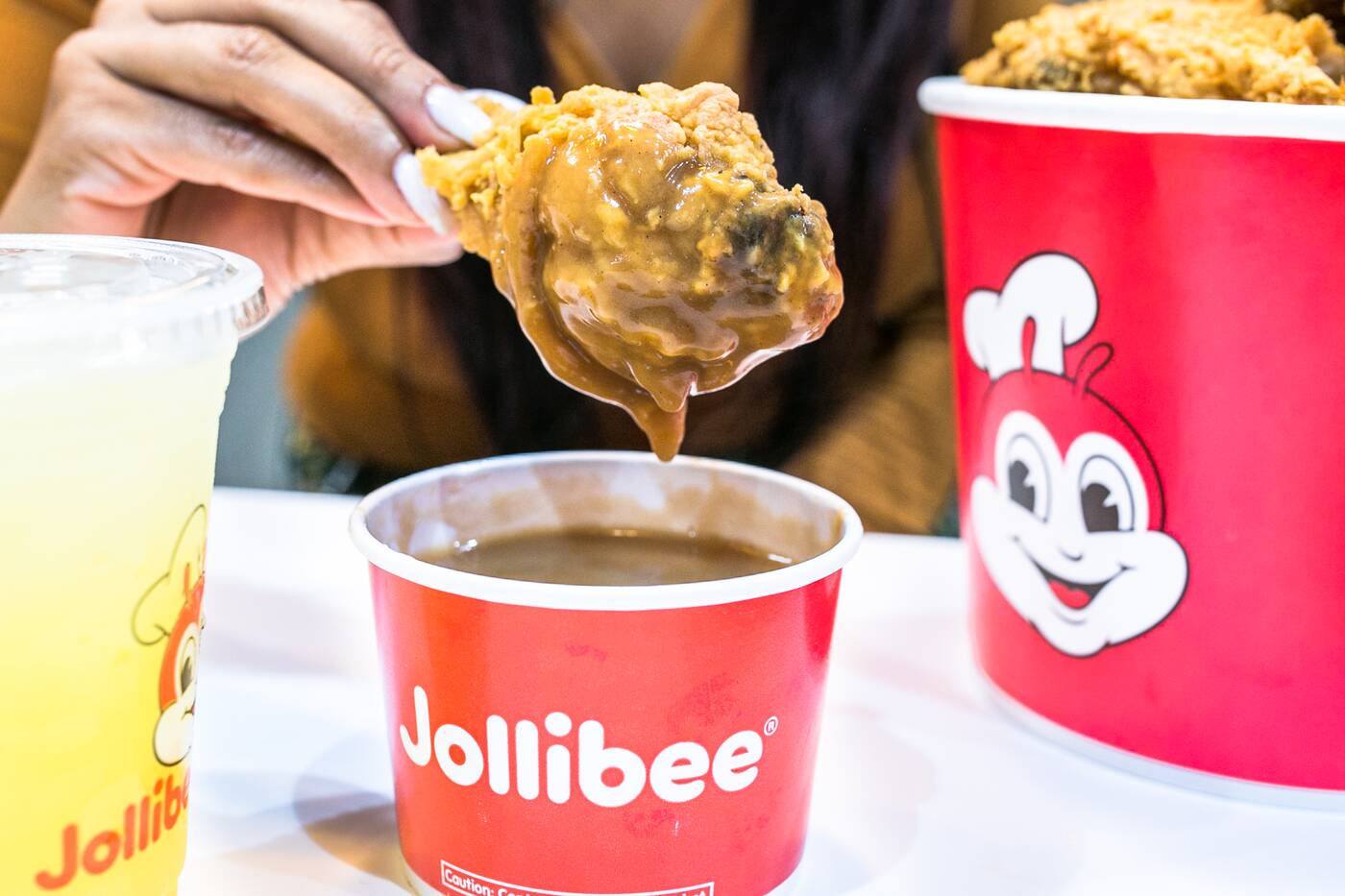 It comes with chicken breasts and drumsticks, plus a side of their famous gravy. You can also get a two-piece combo ($7.00) which comes with a two sides and a soda. 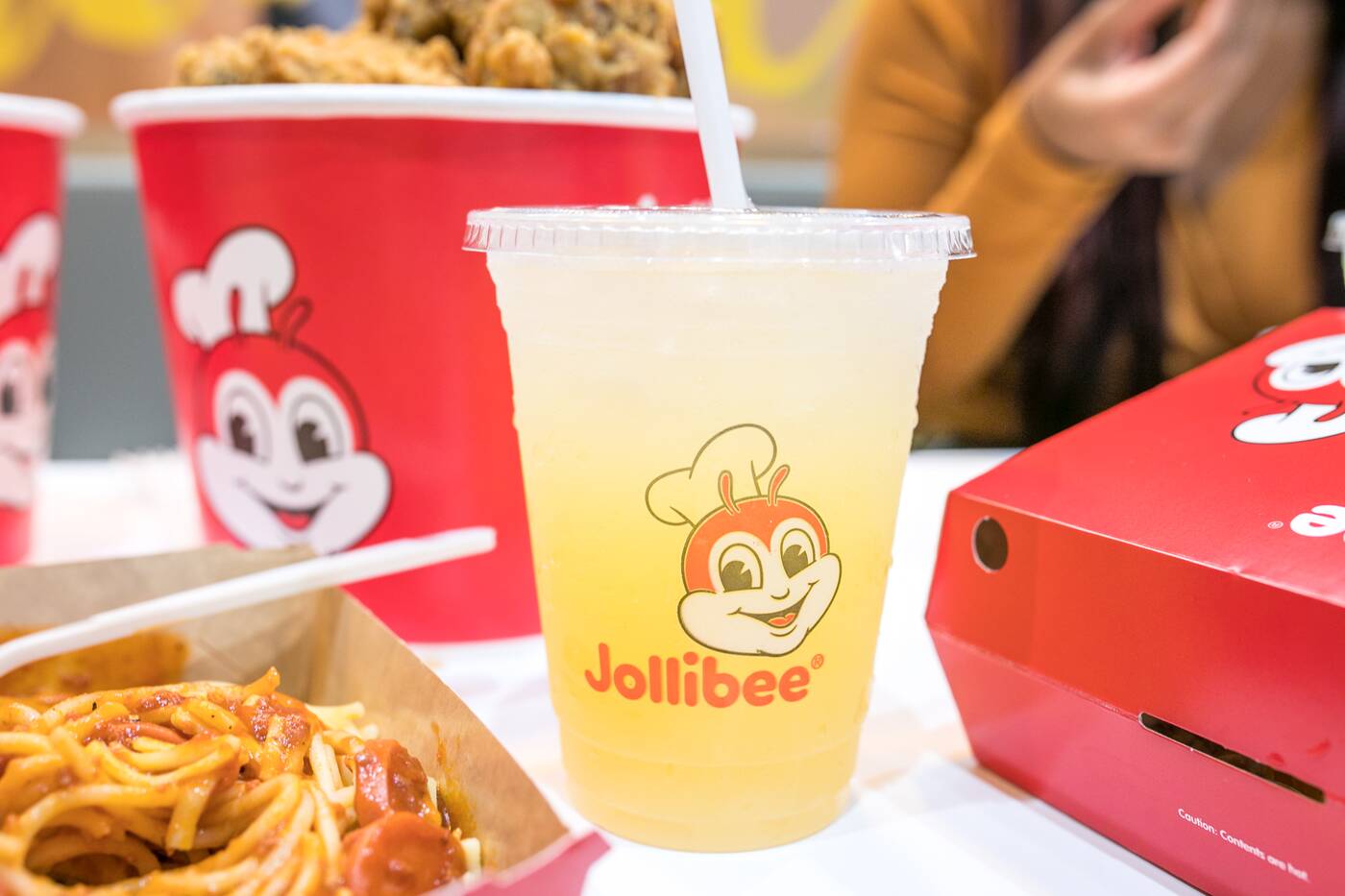 I recommend the pineapple juice, which is super refreshing but not too sweet. 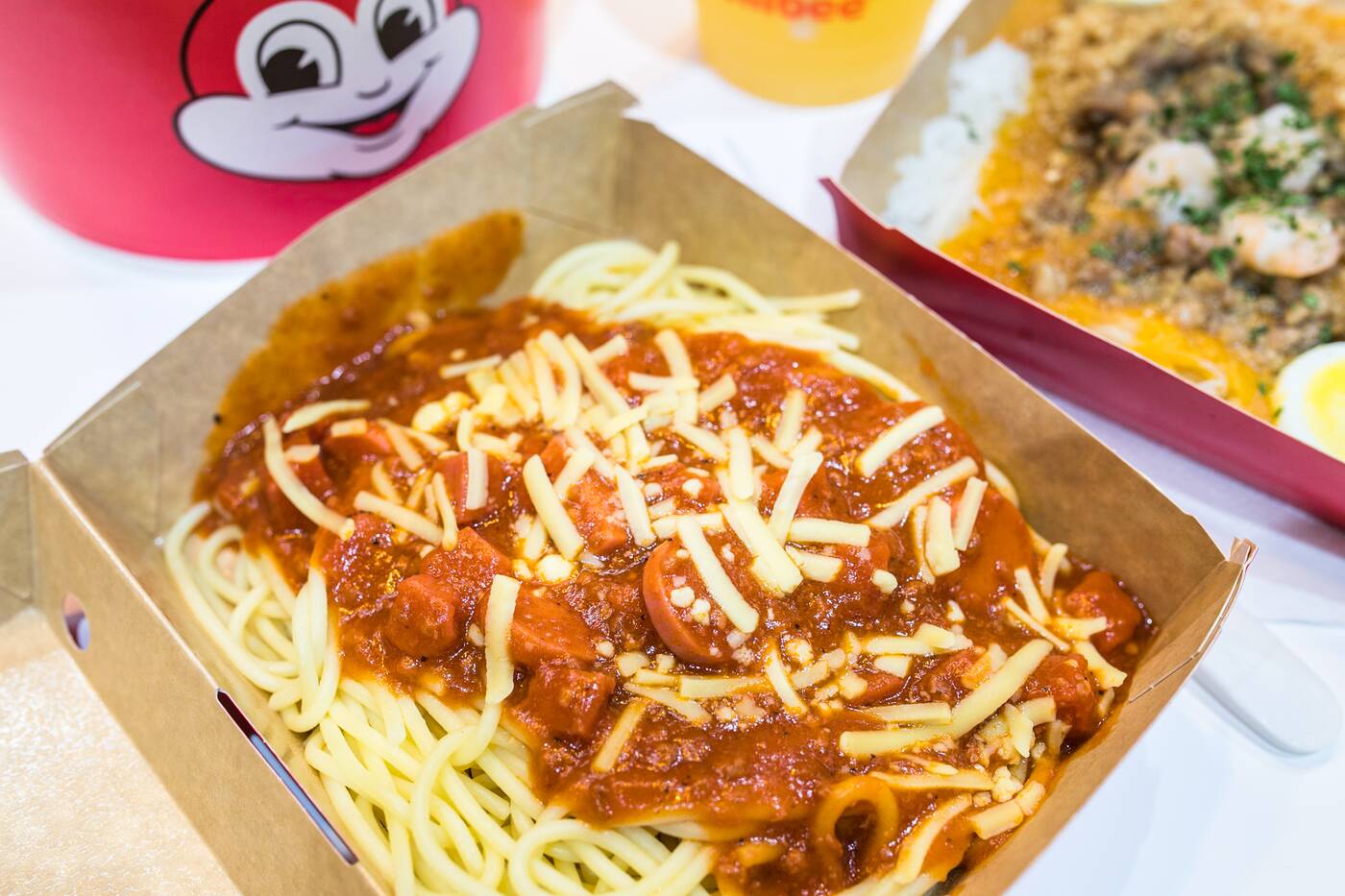 The Jolly spaghetti is $5.99, which gets you a soda with your order of noodles with ground meat, sliced hot dog sausages, cheese, and a sweet sauce made with banana ketchup. 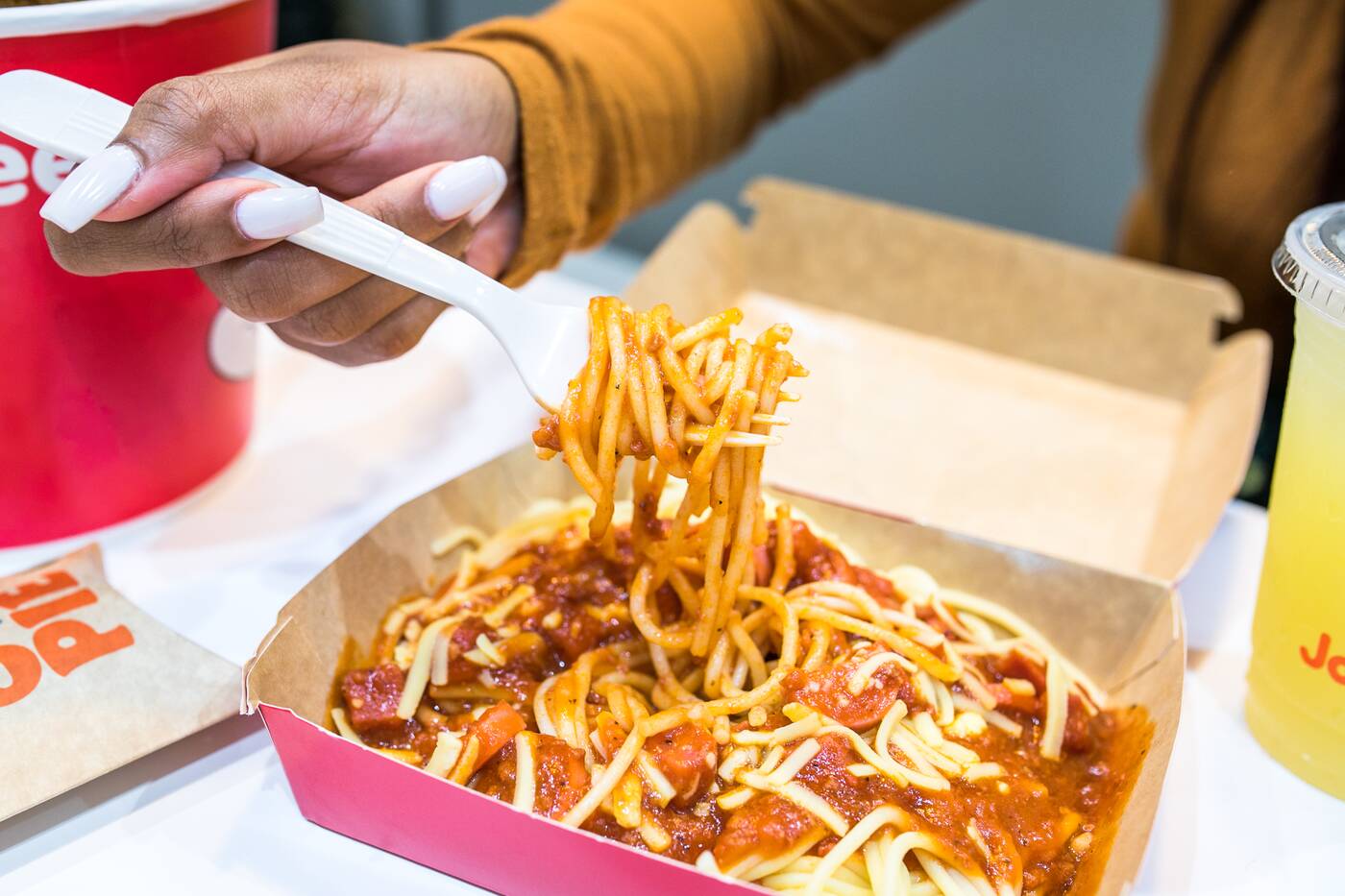 By no means is this a traditional Italian dish: this is Filipino-style spaghetti at its best. 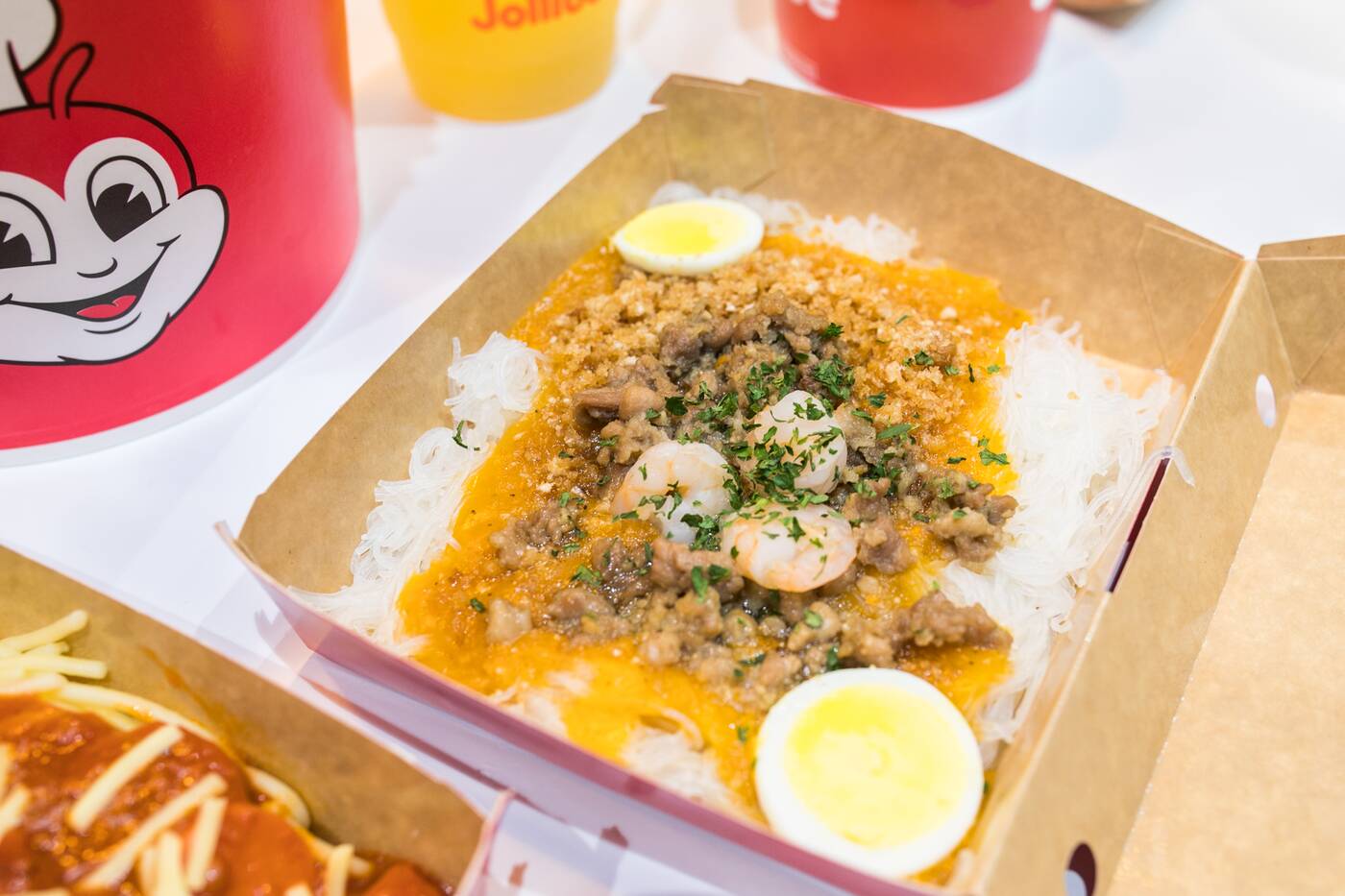 The Palabox Fiesta Noodles ($6.99) are another classic. Pancit noodles — a staple Filipino rice noodle dish — gets a surprisingly tasty topping of shrimp, ground meat, chicharron bits and hard-boiled eggs. The best part is the garlicky shrimp sauce on top. 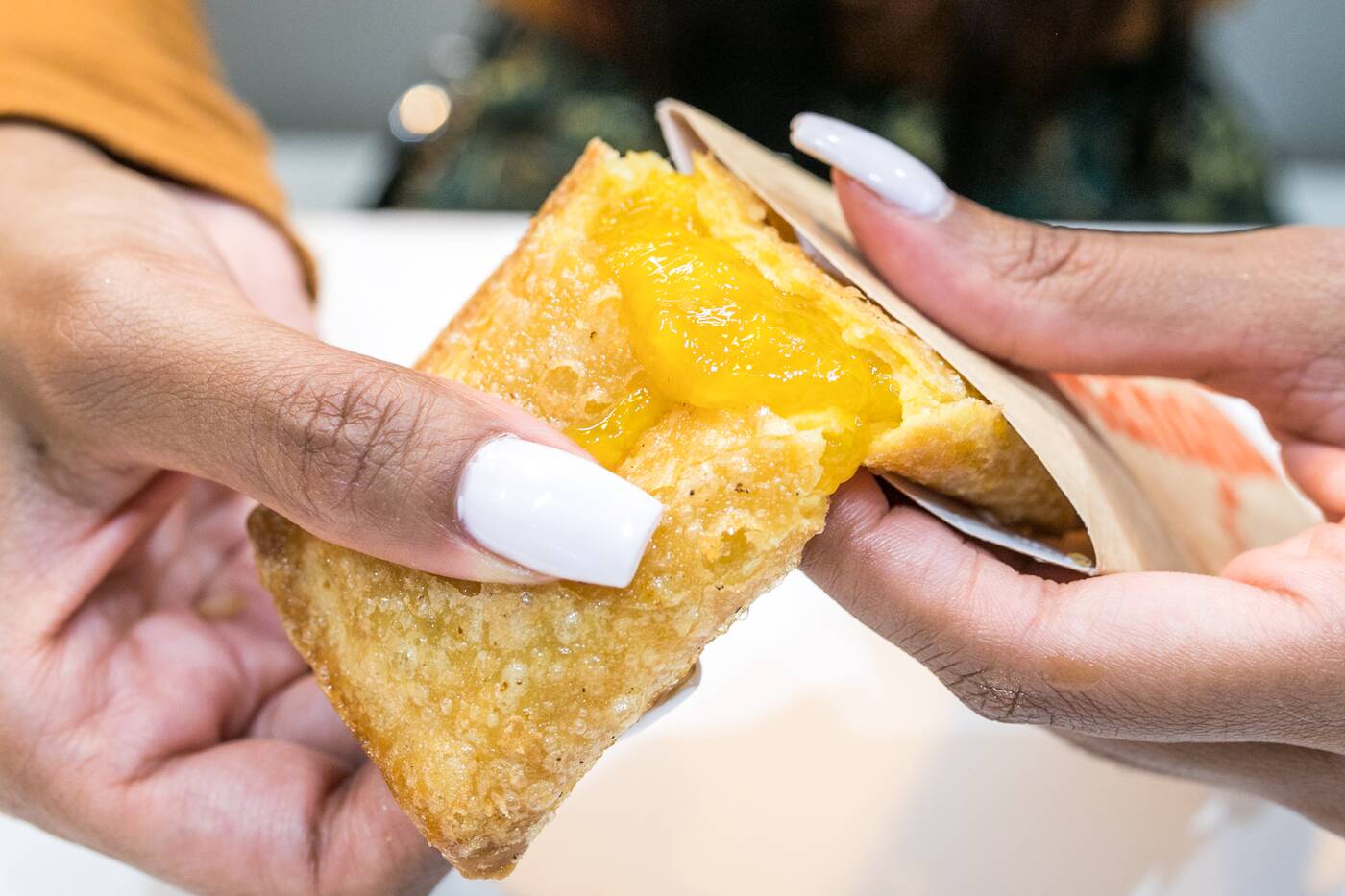 For dessert, don't miss out on the Peach Mango Pie ($2.49), which is the answer to McDonald's apple pie and in my opinion way better. Using Philippine mangos, this crispy little pocket is oozing with fruit.

Considering its just a few blocks from Little Manila, don't be surprised to find this Jollibee bustling with families on weekends. 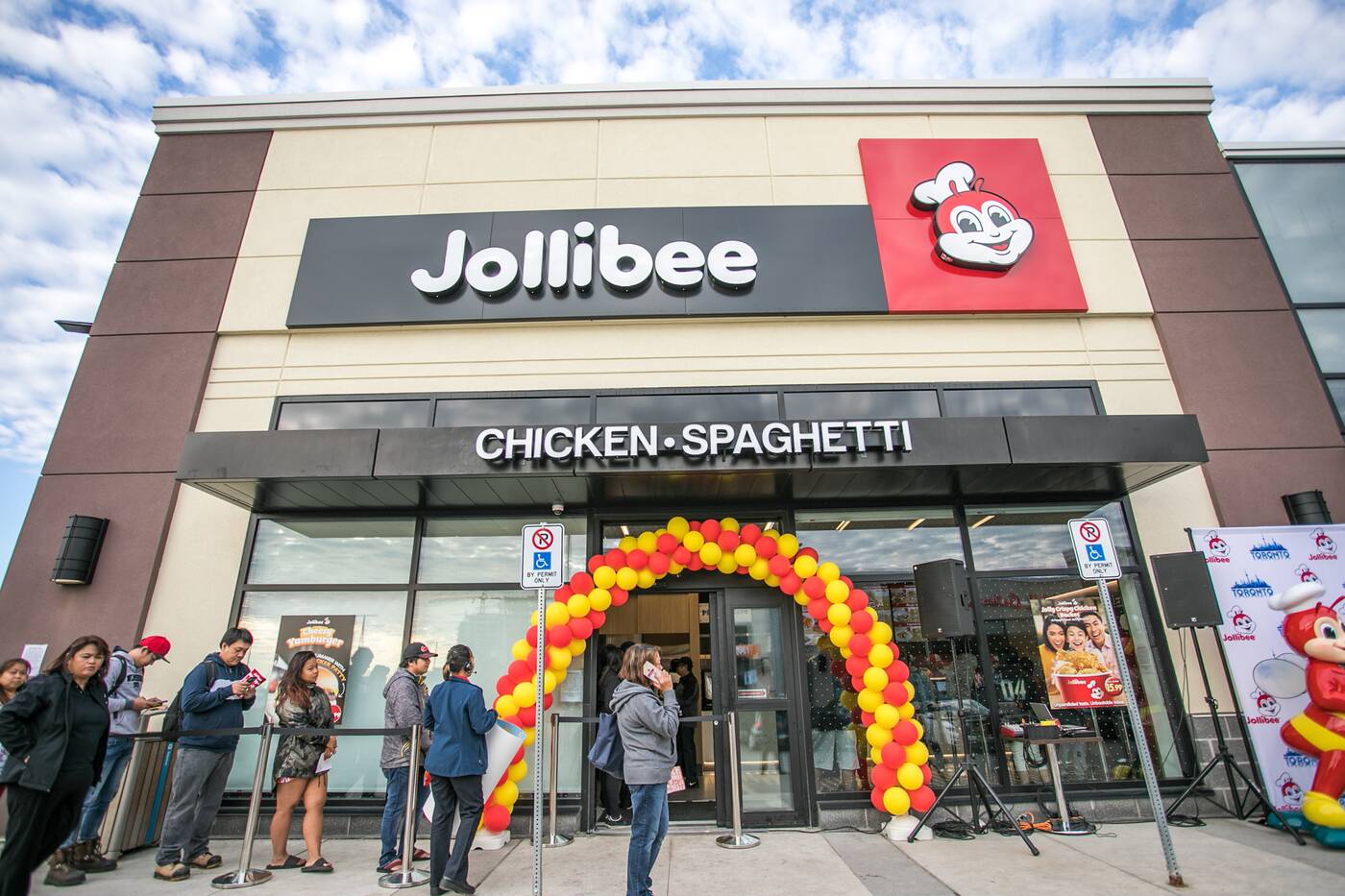