Ikkousha Ramen Chicken deals exclusively in chicken ramen, as opposed to their only other location in Canada a few doors down, Hakata Ikkousha Ramen, which serves pork ramen.

With over 80 locations worldwide, Ikkousha Ramen has been open since 2004 in Japan. 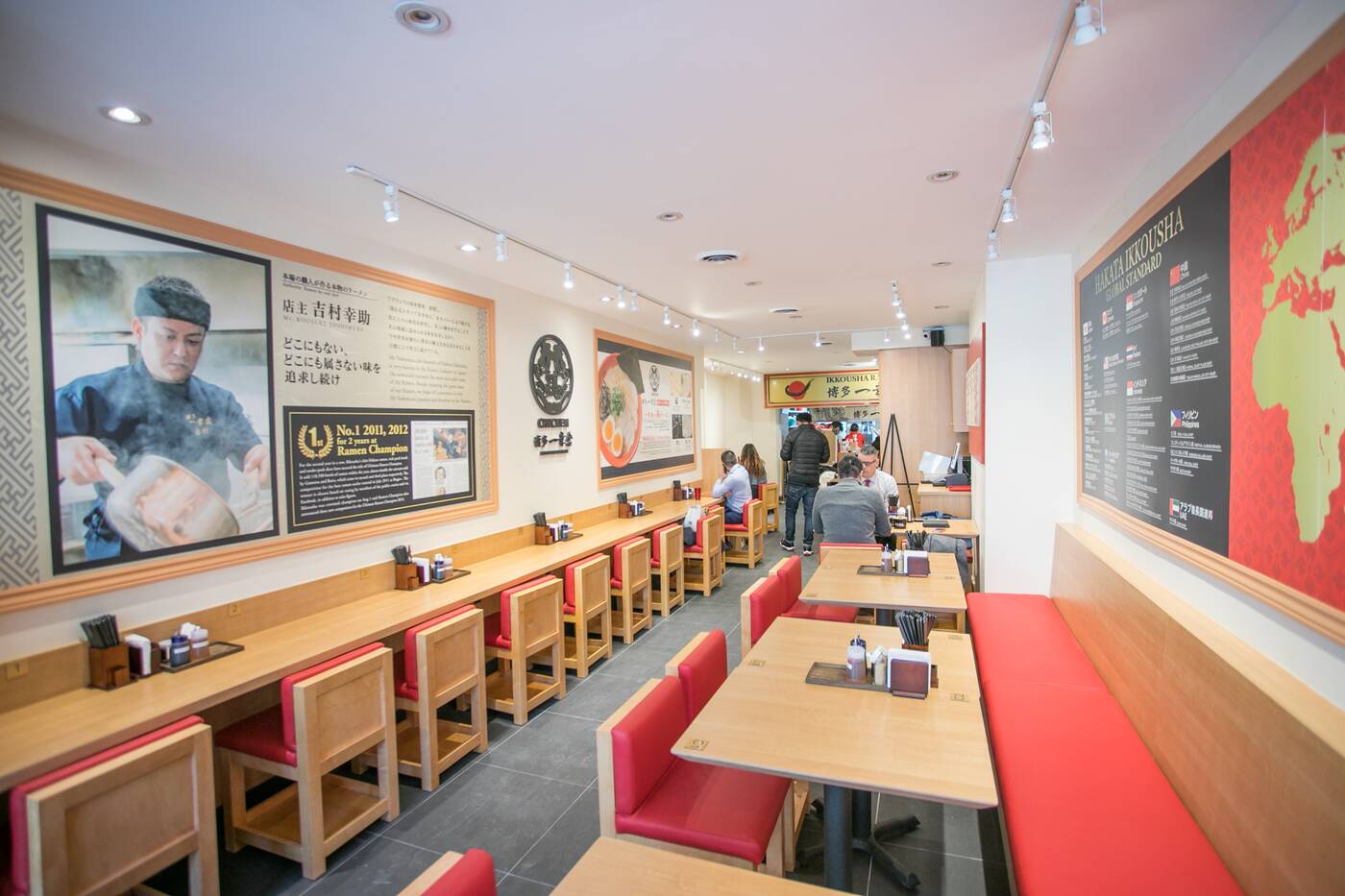 However, there are far fewer Ikkousha Ramen Chicken locations, found in places like Dubai. 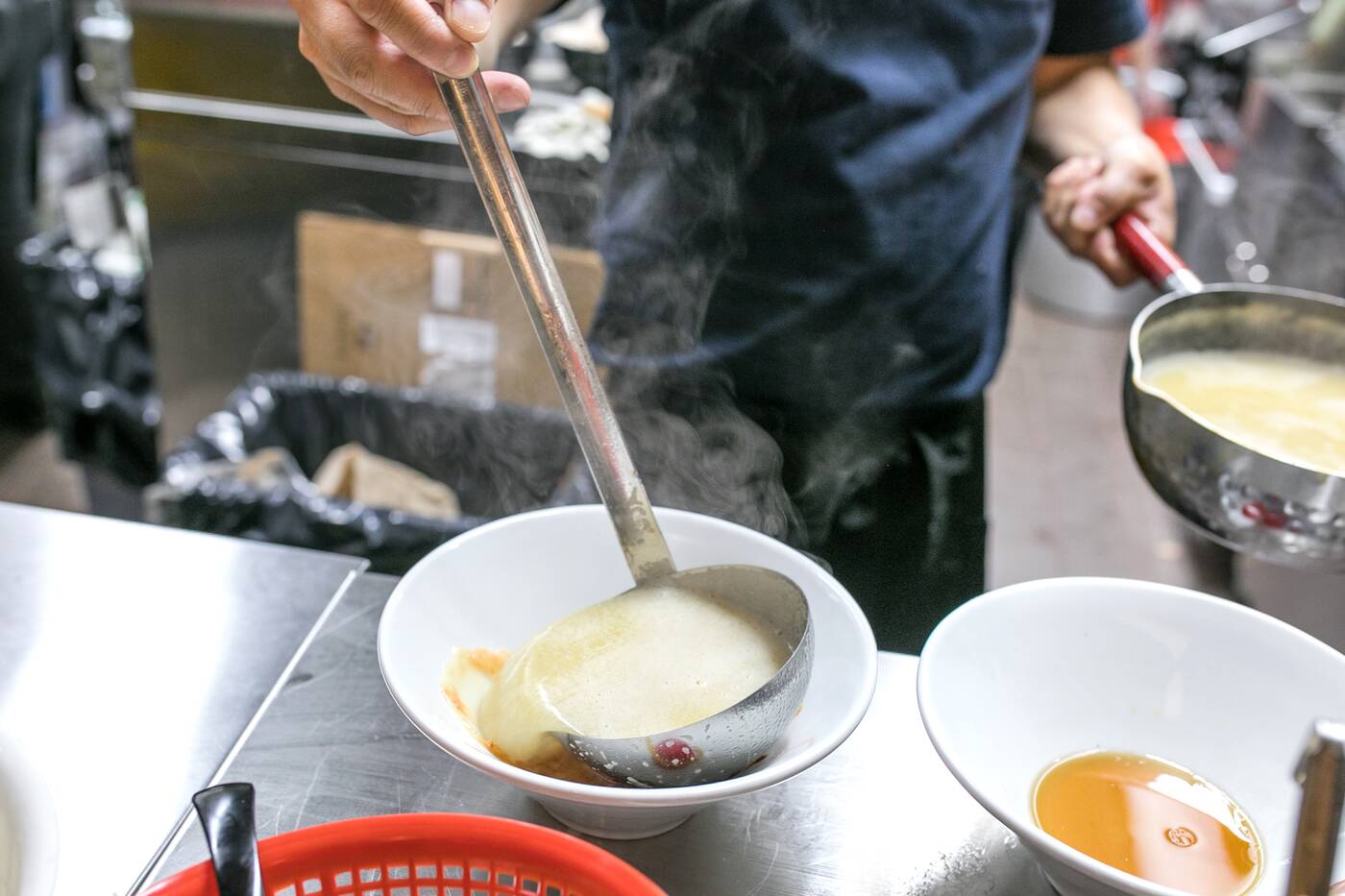 The same four styles of ramen served at Hakata Ikkousha Ramen are available here, but made with a chicken soup base that's been boiling for hours as opposed to a pork base. 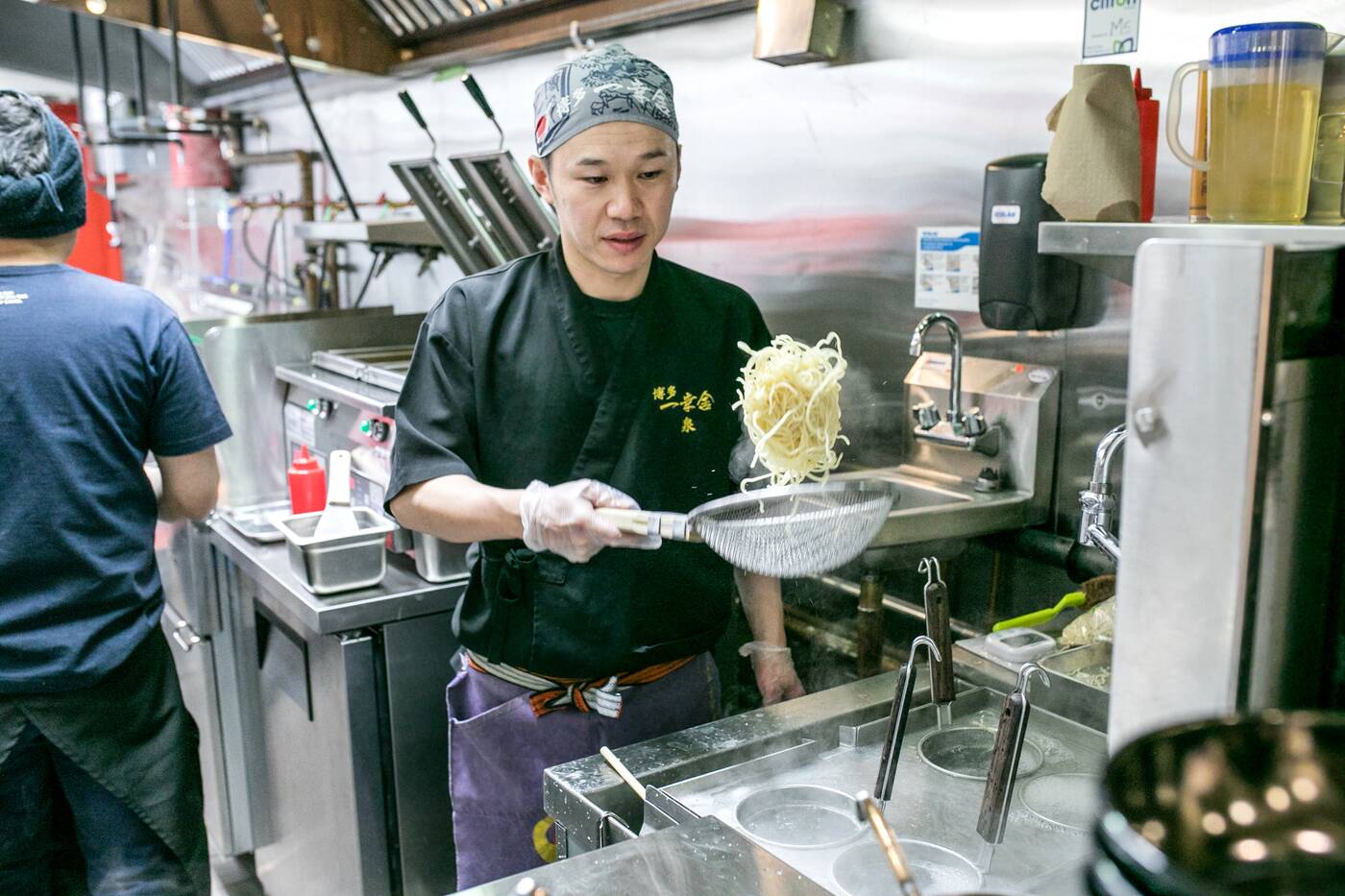 Noodles are available in four textures that depend on how long they're cooked. 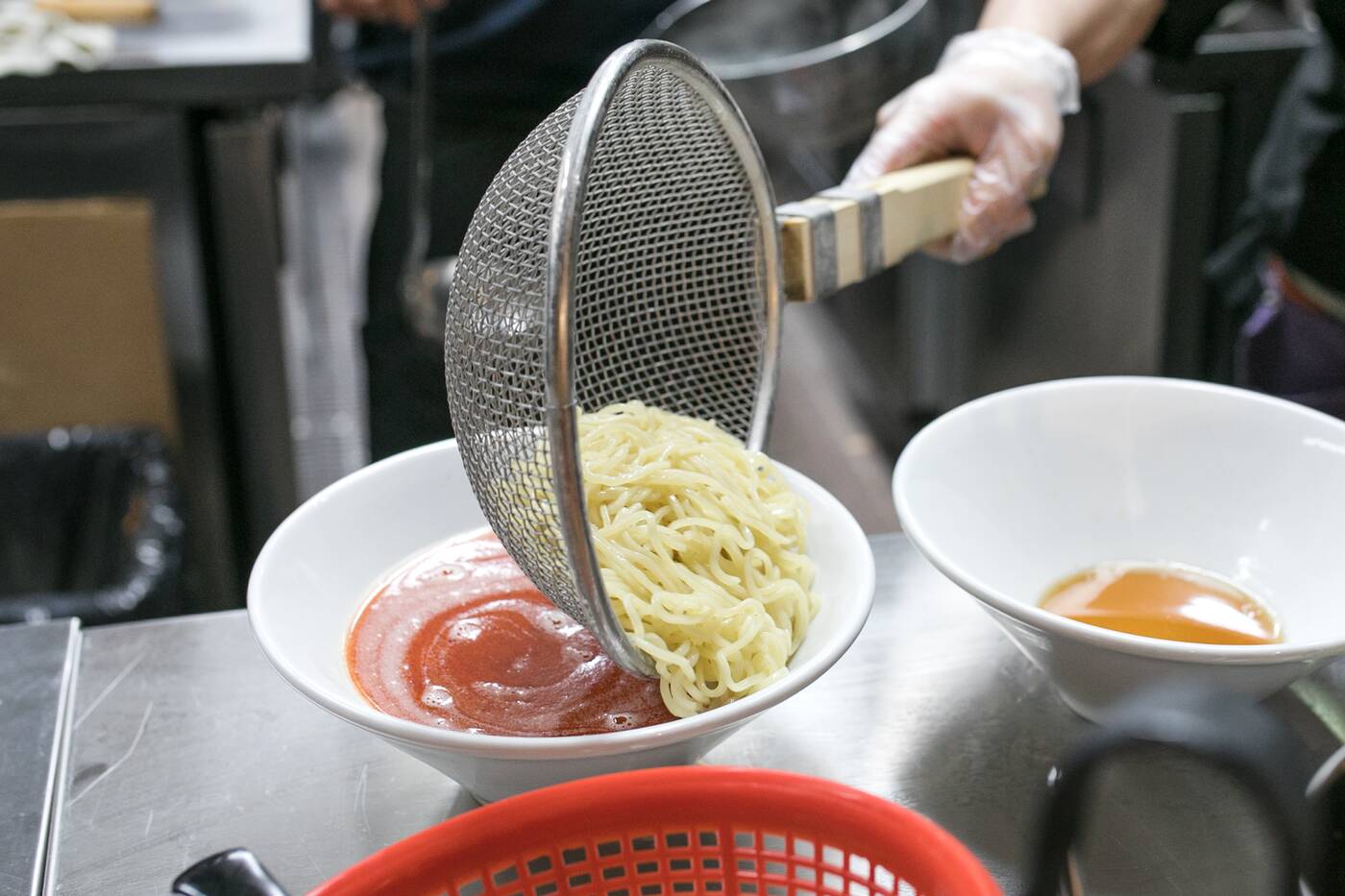 We opt for a normal texture, recommended for a first try, though apparently Hakata people prefer a hard texture. We go for a normal level of saltiness, too, from a choice between light or normal. 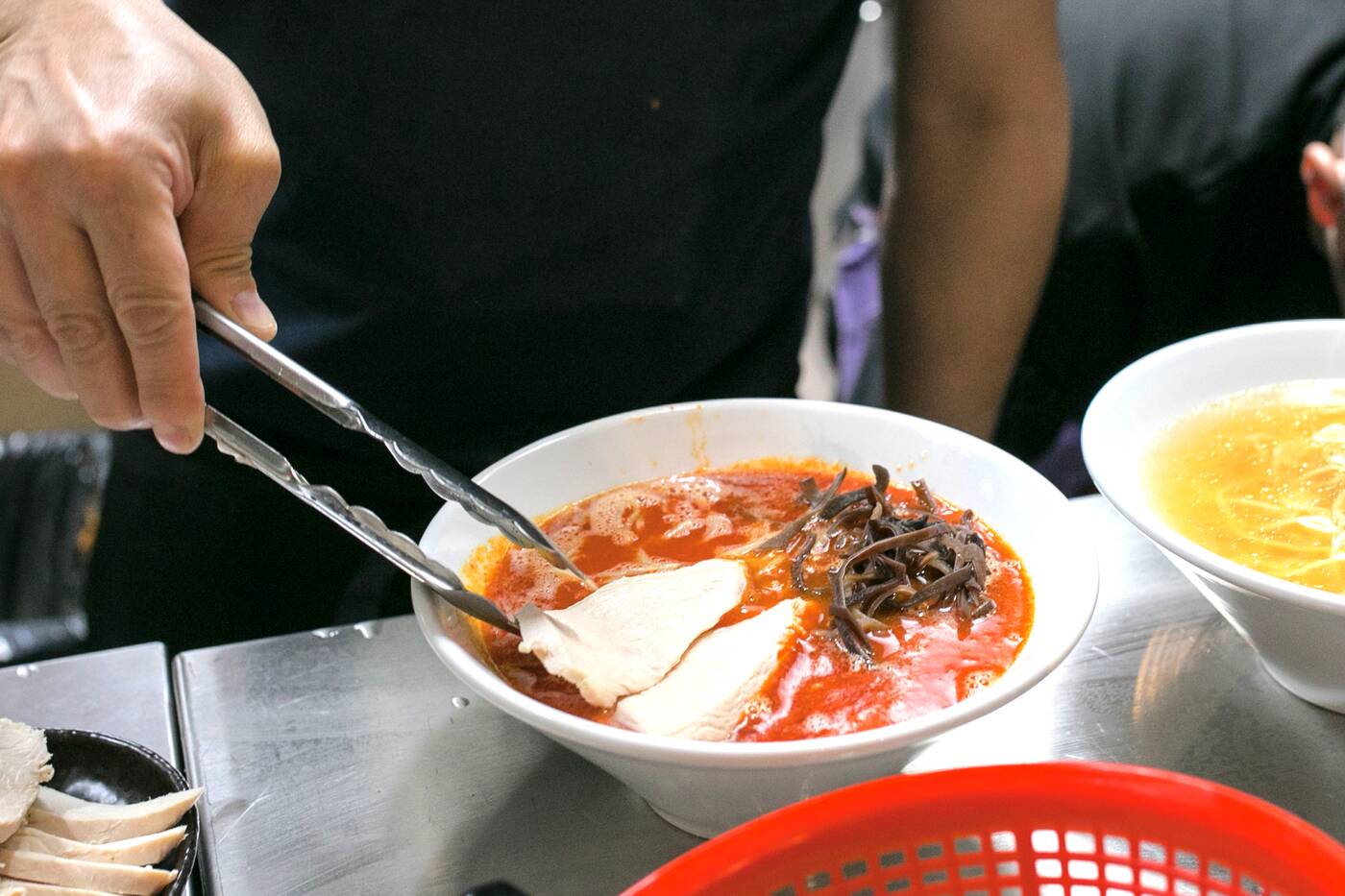 Every bowl of ramen is topped with pieces of delicate, satiny chicken cha-shu made from all white meat chicken breast. 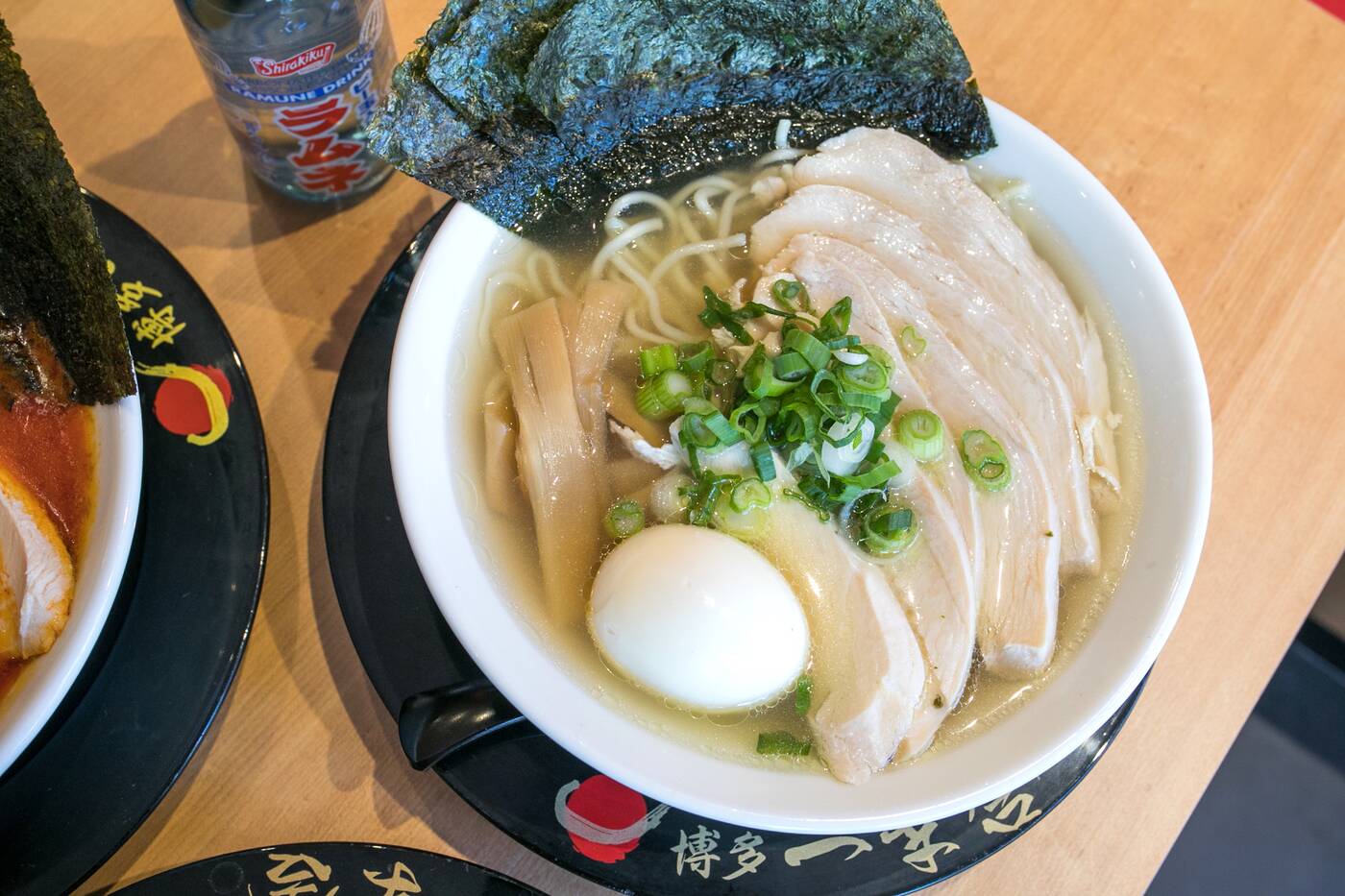 Tori Chintan Ramen ($14), a chicken clear soup, kind of feels like the starter soup here, the most basic, unconcentrated version of the broth though still with lots of chicken flavour.

Chewy bamboo shoots and sharp spring onion automatically top this soup, though we also add black fungus ($1.50), seaweed ($1.50), and an obligatory flavoured egg ($2), all of which contribute a little extra flavour and saltiness. 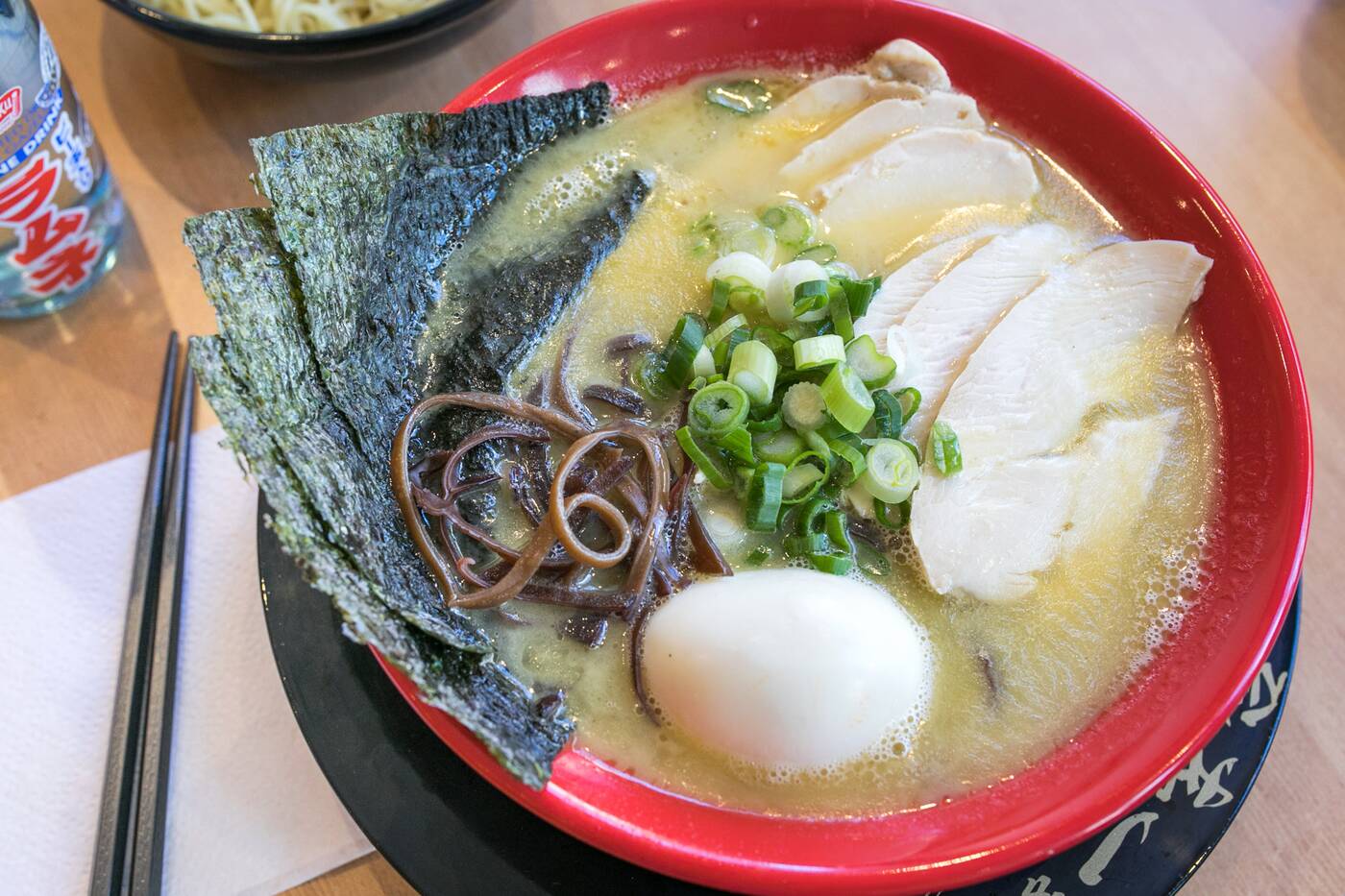 Tori Paitan Ramen ($14) is a chicken white soup with a base that's much creamier thanks to concentrating successive pots of broth, using lots of chicken bones and blending in Fukuoka soy sauce. 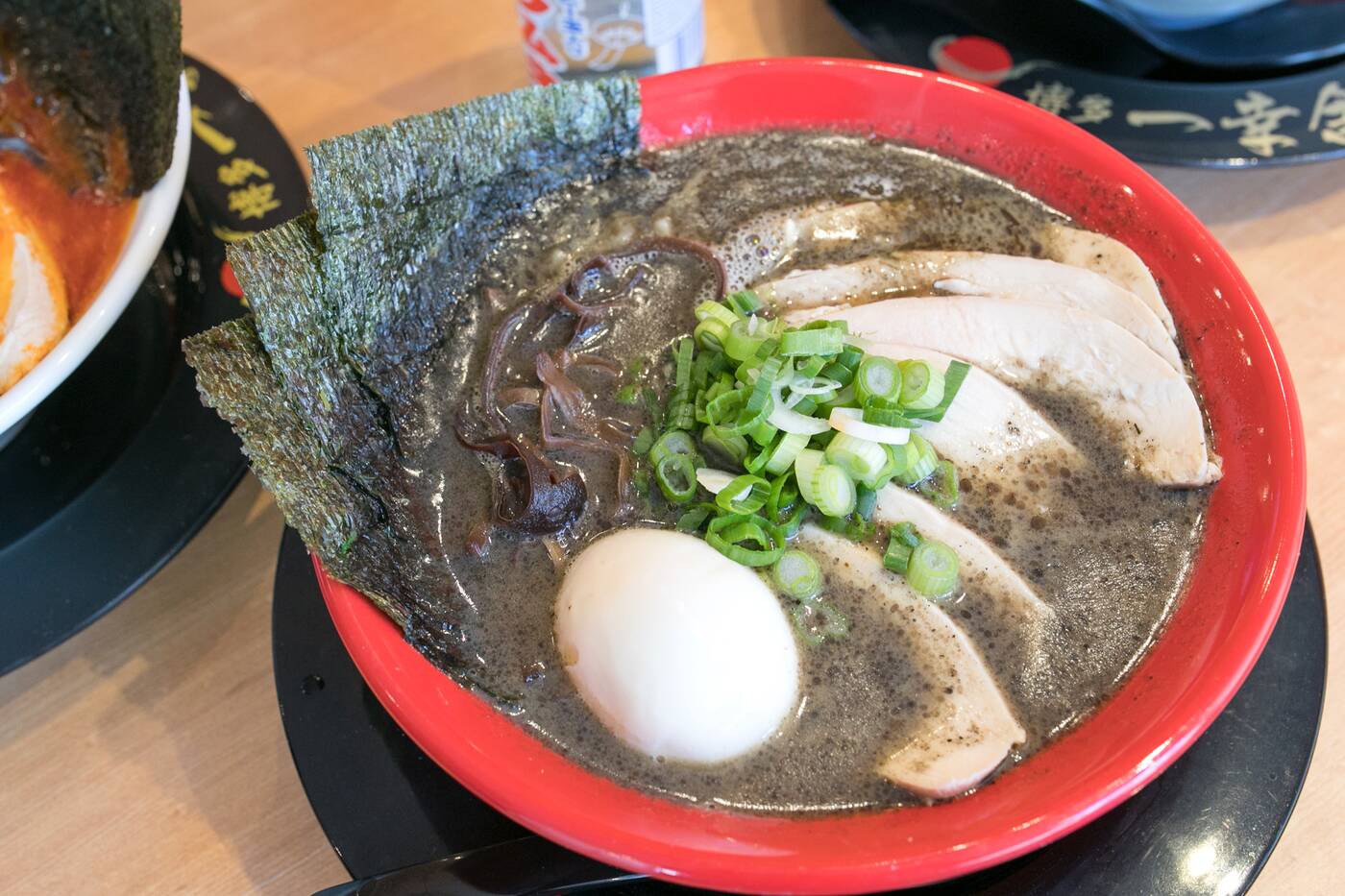 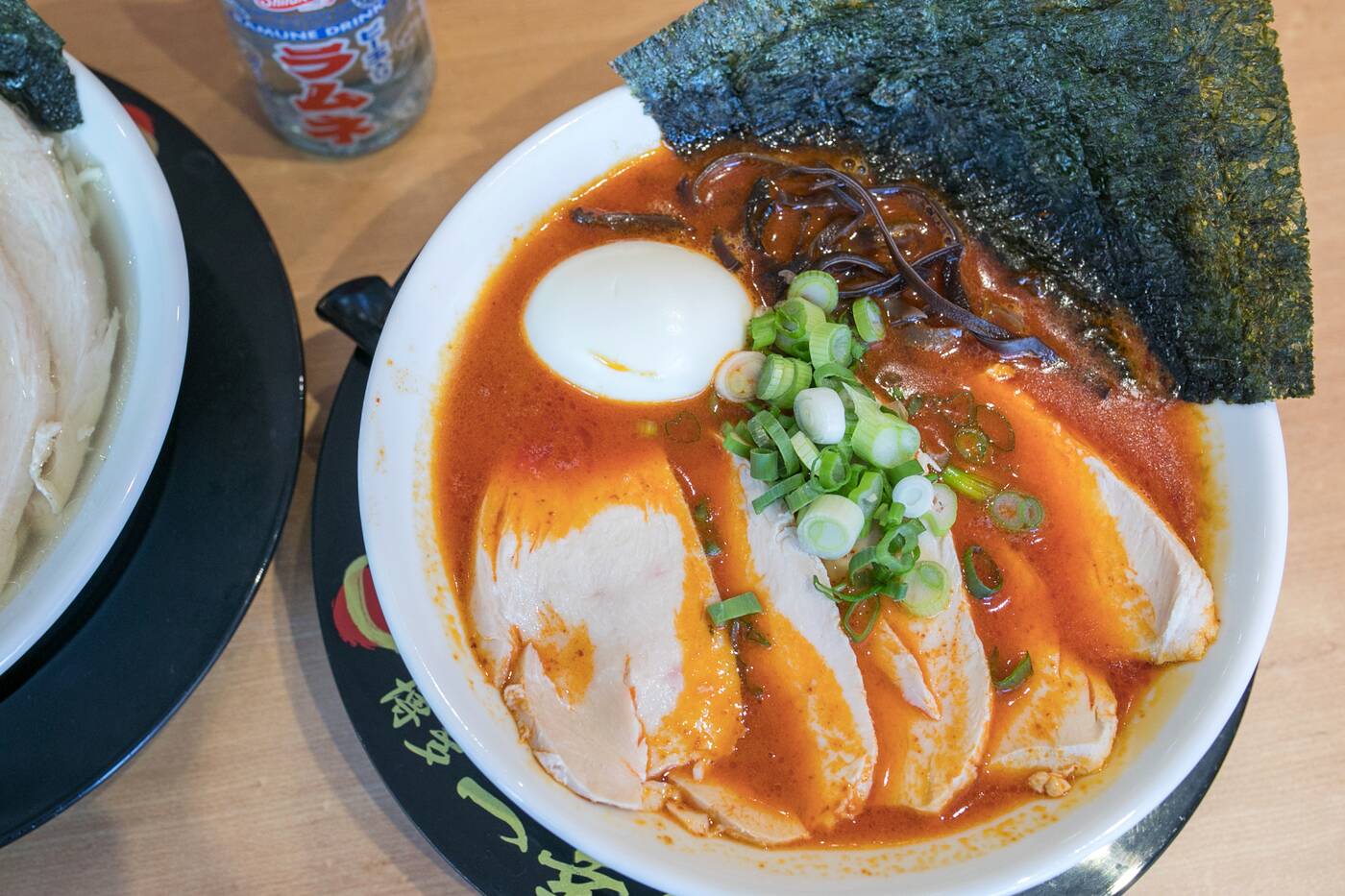 God Fire ($15) comes in four spice levels. Level one is more manageable, level two a fairly normal amount of heat. The levels go up to four, which is presumably twice as spicy, though technically you can always ask for more. 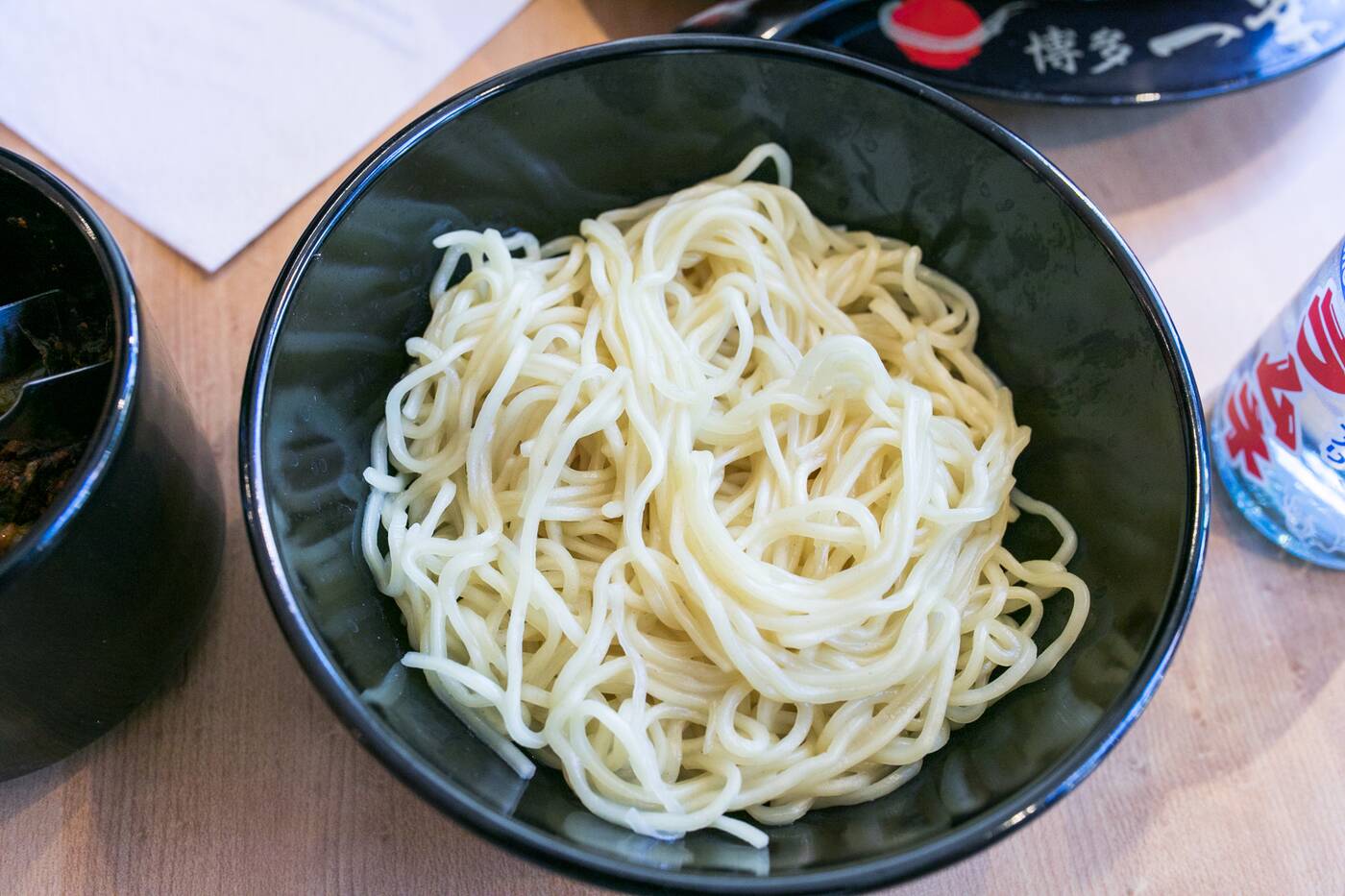 Extra noodles ($2) can be ordered so they're served at the same time as your initial bowl of ramen or later, and the menu instructs you on how to make this request in Japanese: "Kaedama onegaishimasu!" 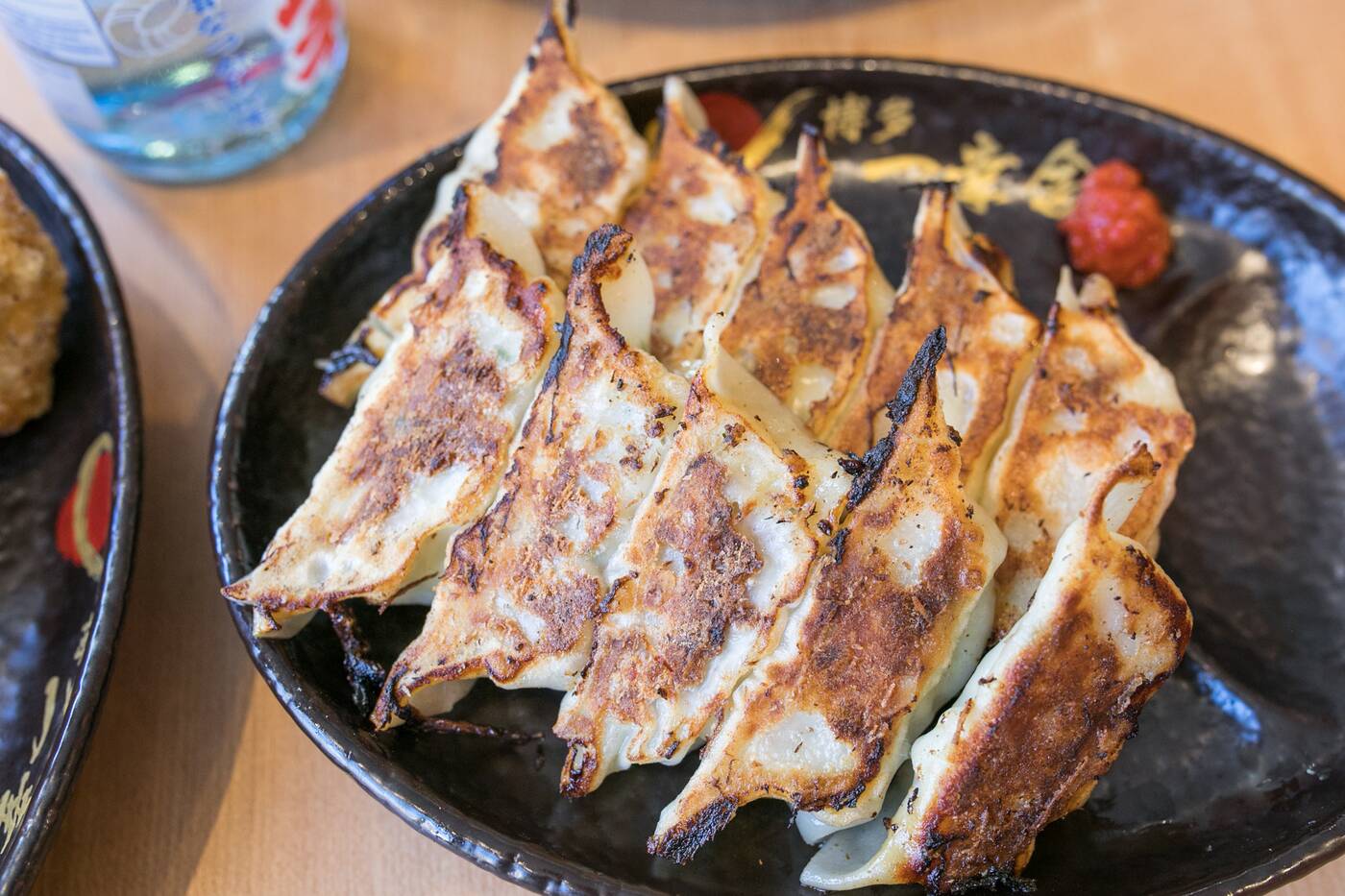 Sides include chicken gyoza for a dollar apiece (so $10 for an order of ten), crispy on the bottom and steamy on the top, complemented by salty gyoza sauce. 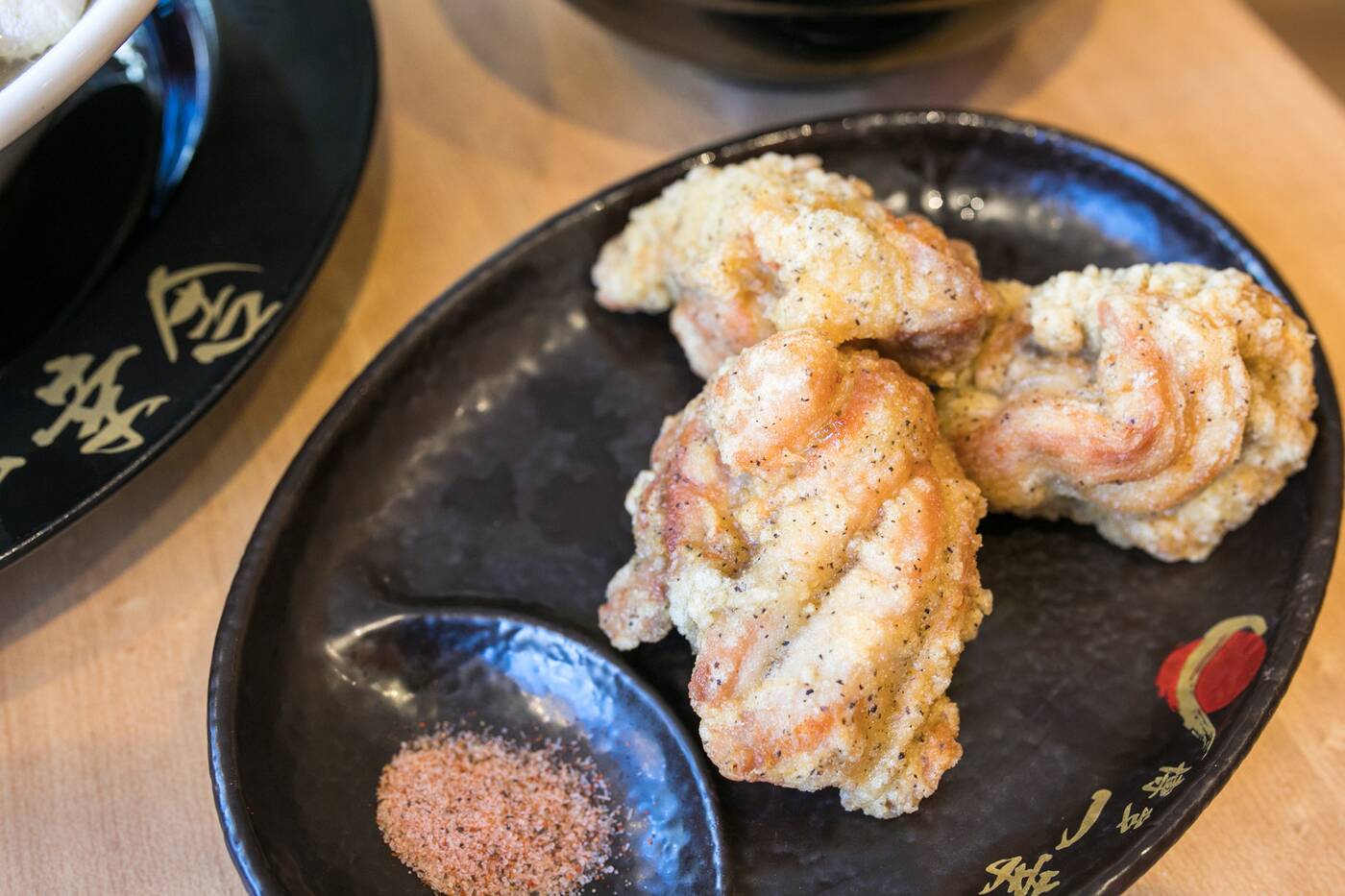 Fried chicken ($6 for three perfectly equal pieces) is juicy with a light coating. 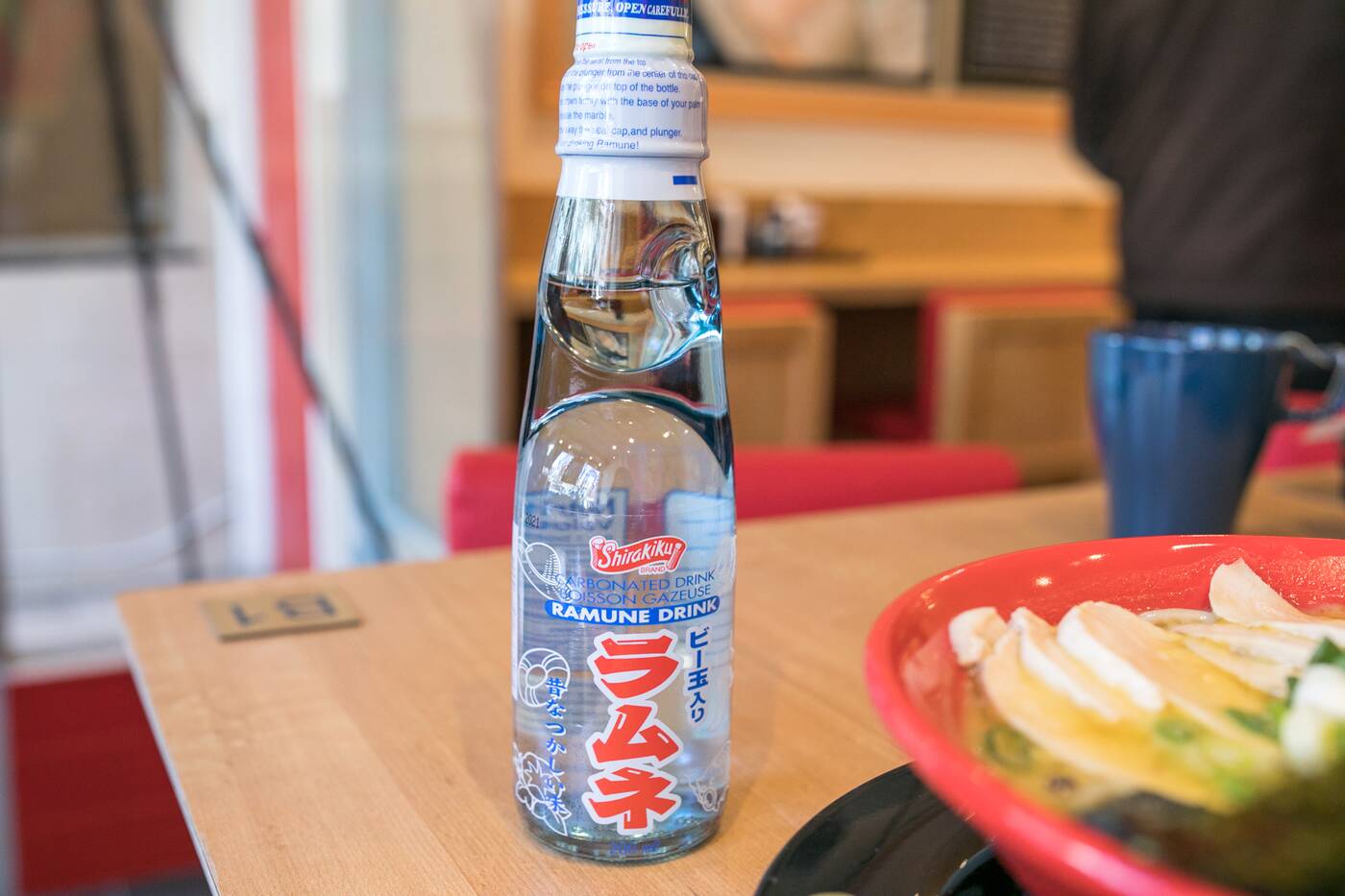 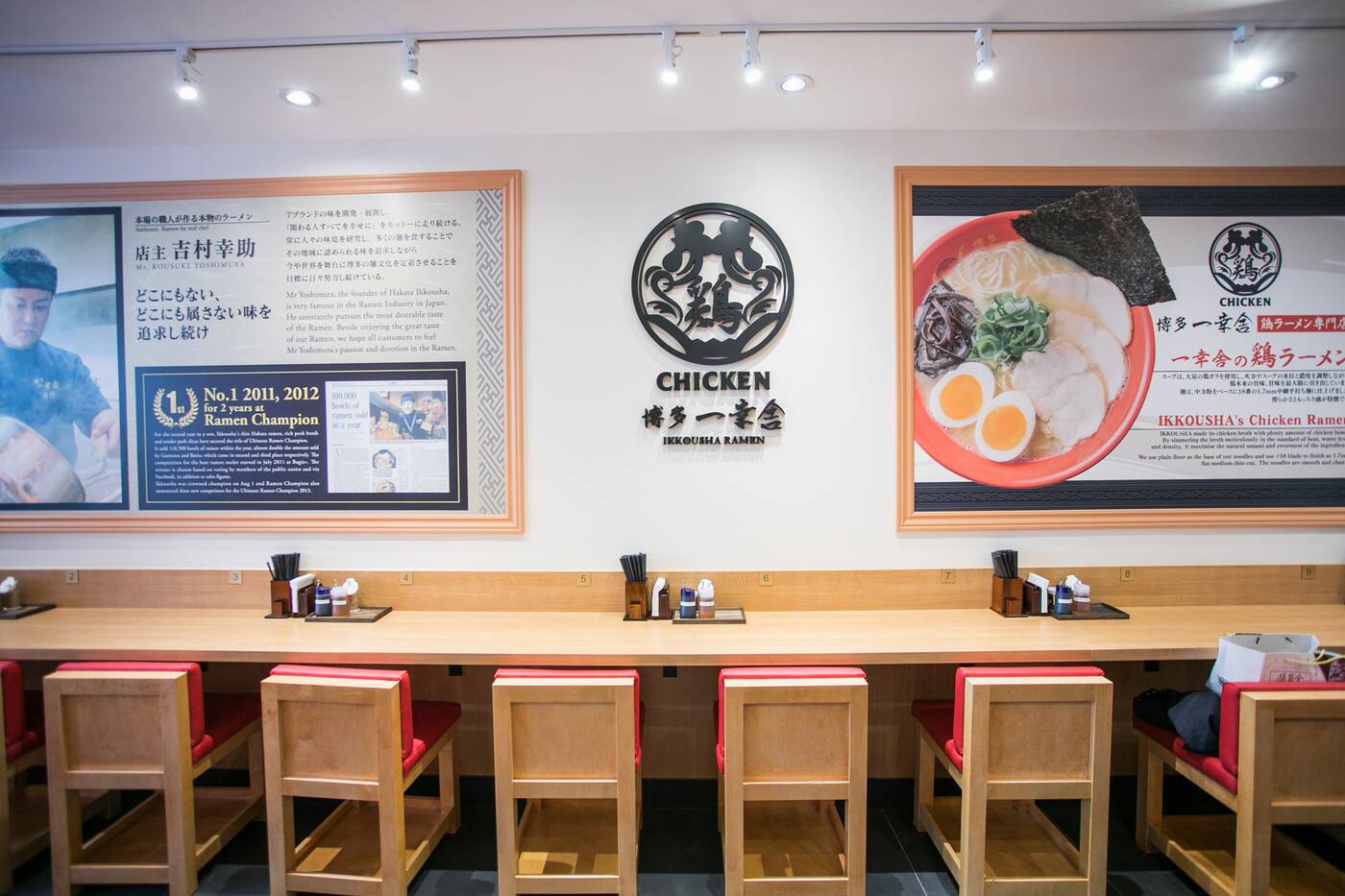 The long, low space feels typical of a ramen joint with tables set up with chopsticks, spoons and garnishes for quick service, the walls packed with infographics. 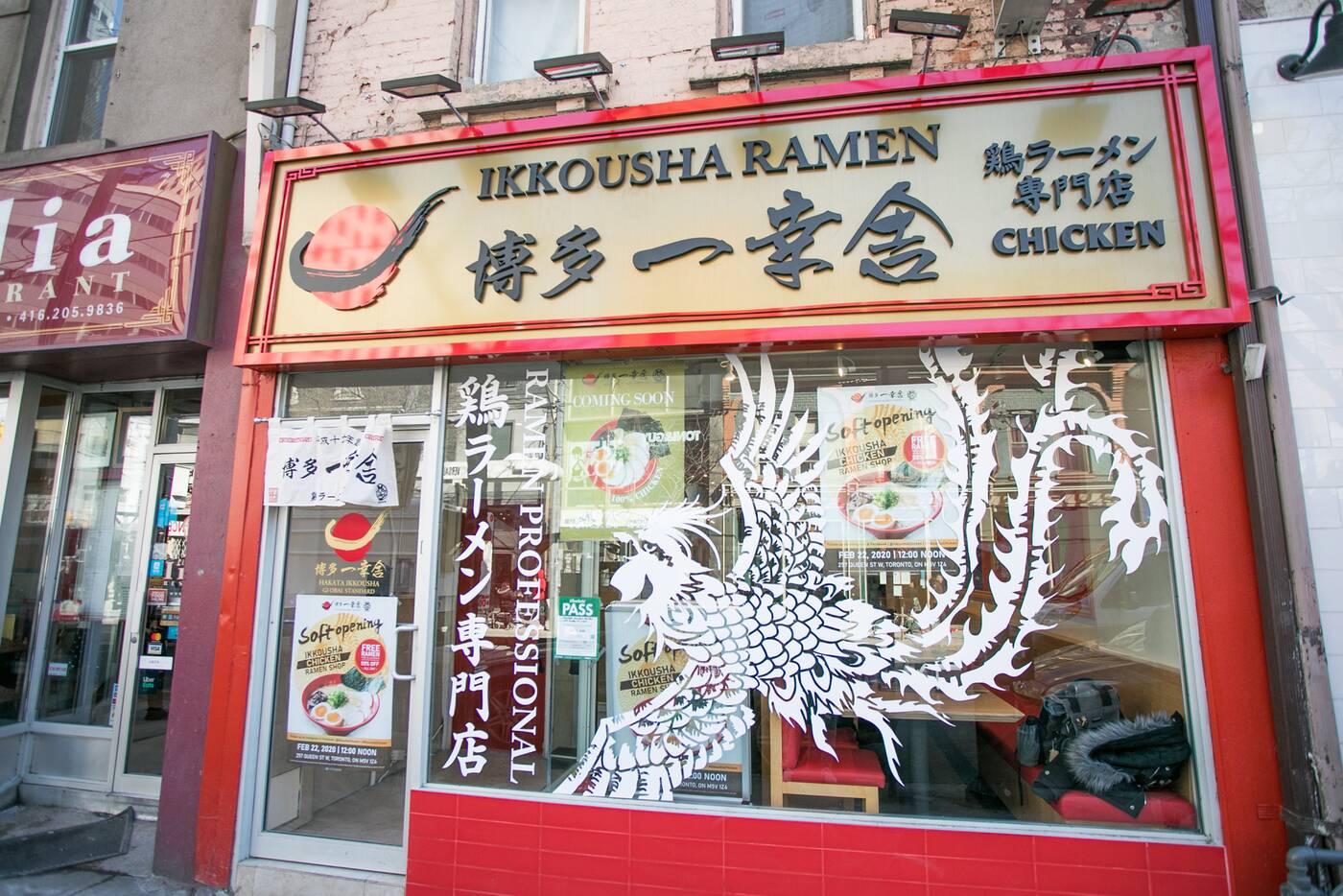