Hakata Ikkousha is the first Canadian location of the popular Japanese chain specializing in Hakata-style ramen.

With more than 70 locations worldwide, owner Kousuke Yoshimura first launched Ikkousha in 2004. Sitting right by Osgoode station, this new restaurant marks one of the only places in the city you can try this particular style of tonkotsu ramen. 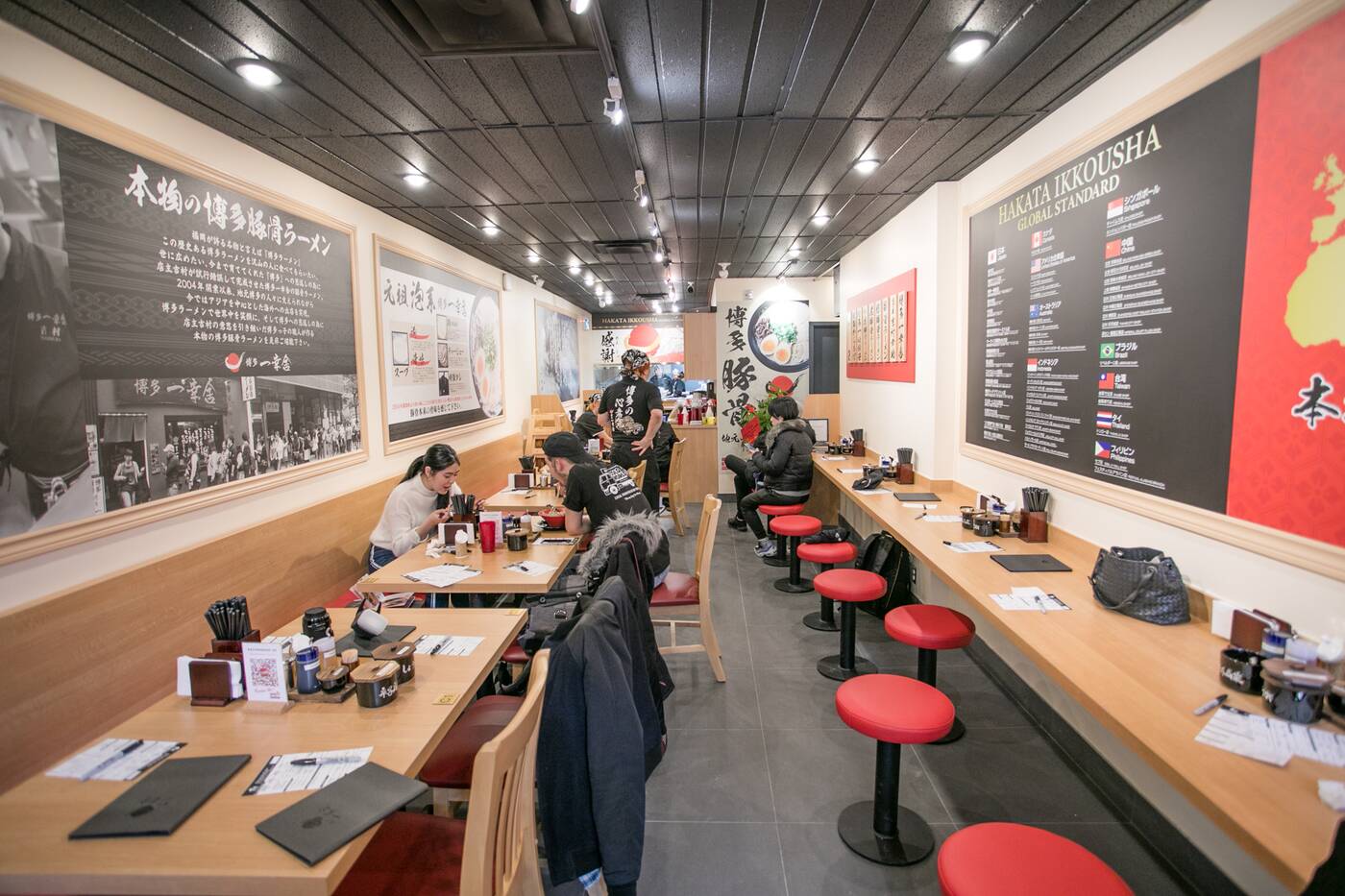 The chain takes its name after Hakata, a ward in the city of Fukuoka prefecture of Japan, known as the birthplace of the quintessential Japanese noodle dish. 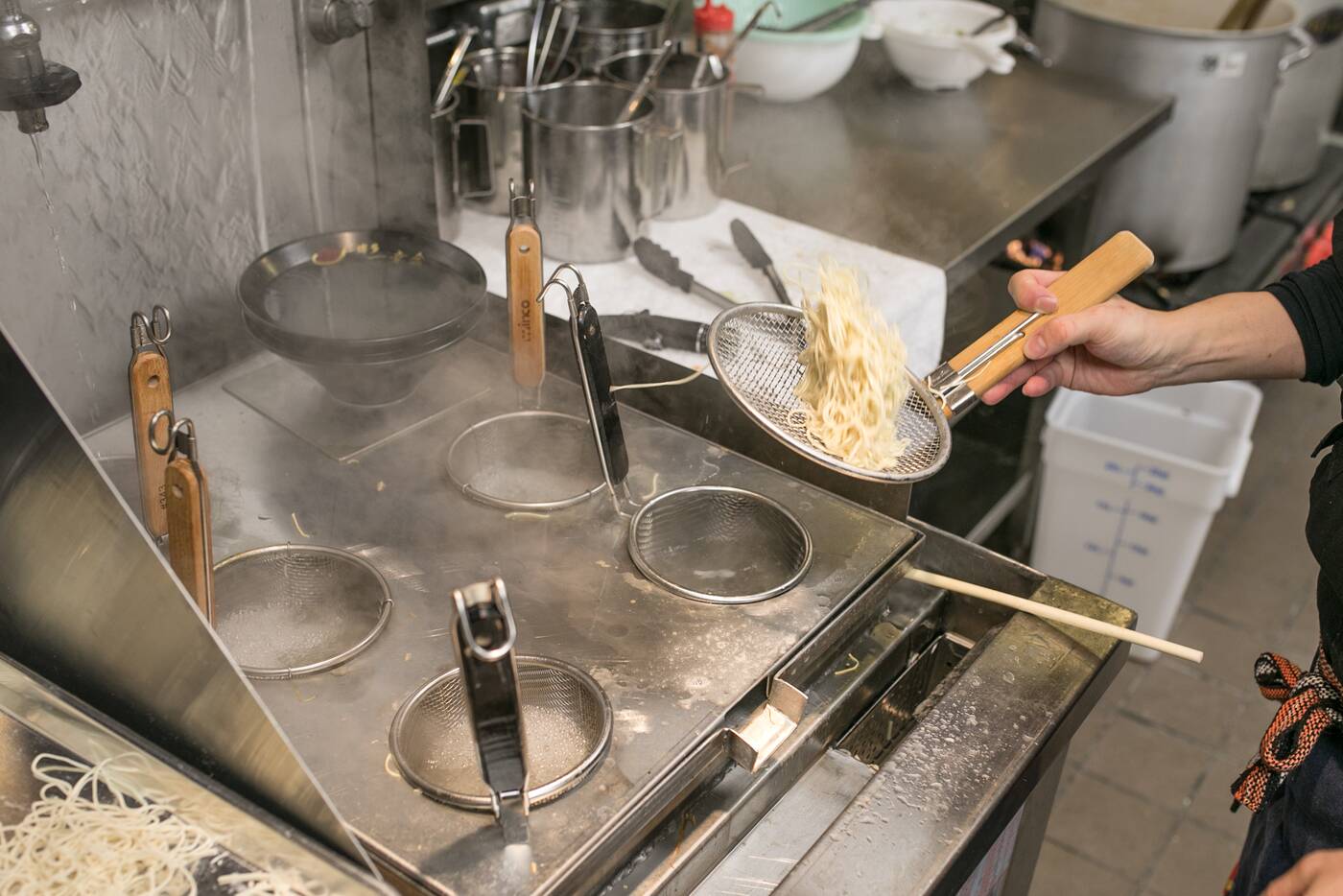 What sets Hakata ramen apart from other tonkotsu across Japan is its rich yet clear broth and chewy noodles that are thinner than most. In this case, noodles are a flat, thin-cut noodle with a wheaty flavour, with the option to choose the texture. 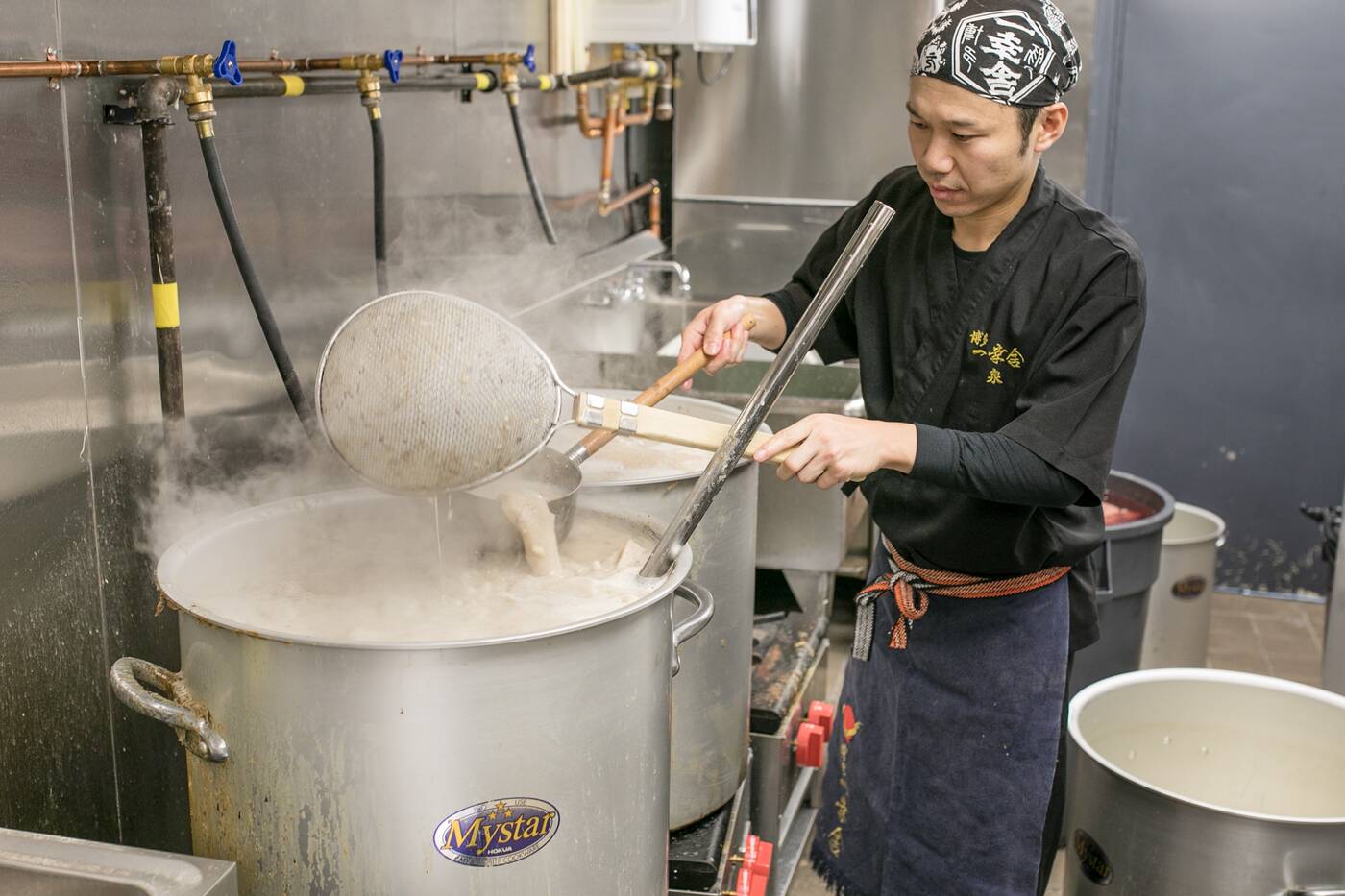 At Ikkousha, that rich consistency is achieved through a process called Yobimodoshi, which is both a sumo move and a traditional soup-making method called.

Using two large vats, pork bone soup is traded back and forth between vessels to mix fresh soup with leftover broth that has been simmering for much longer. 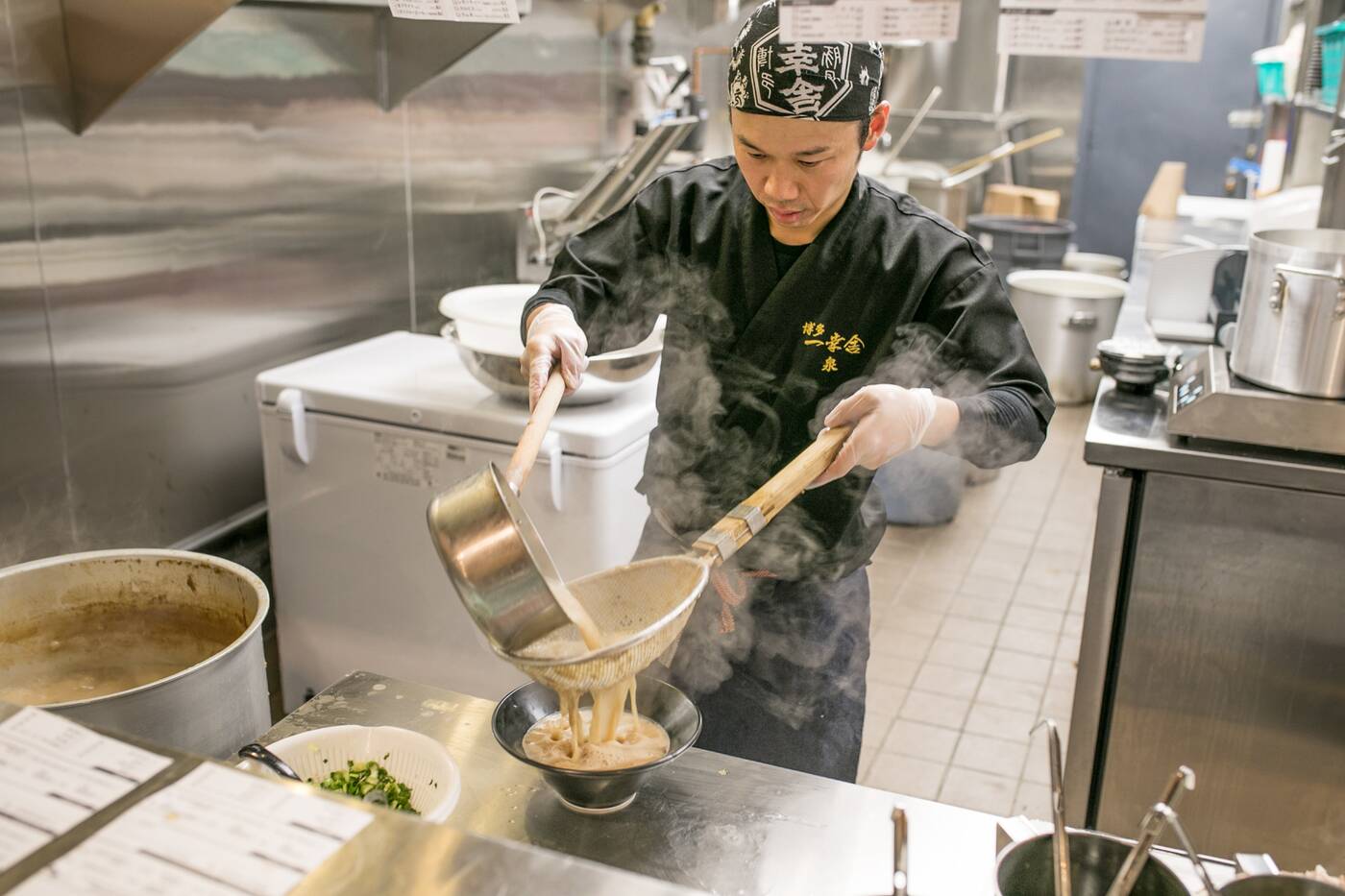 The result is a ramen base that is both rich yet less oily than other tonkotsu soups I’ve tried, and when poured into the bowl, results in a bubbly layer of floating froth. 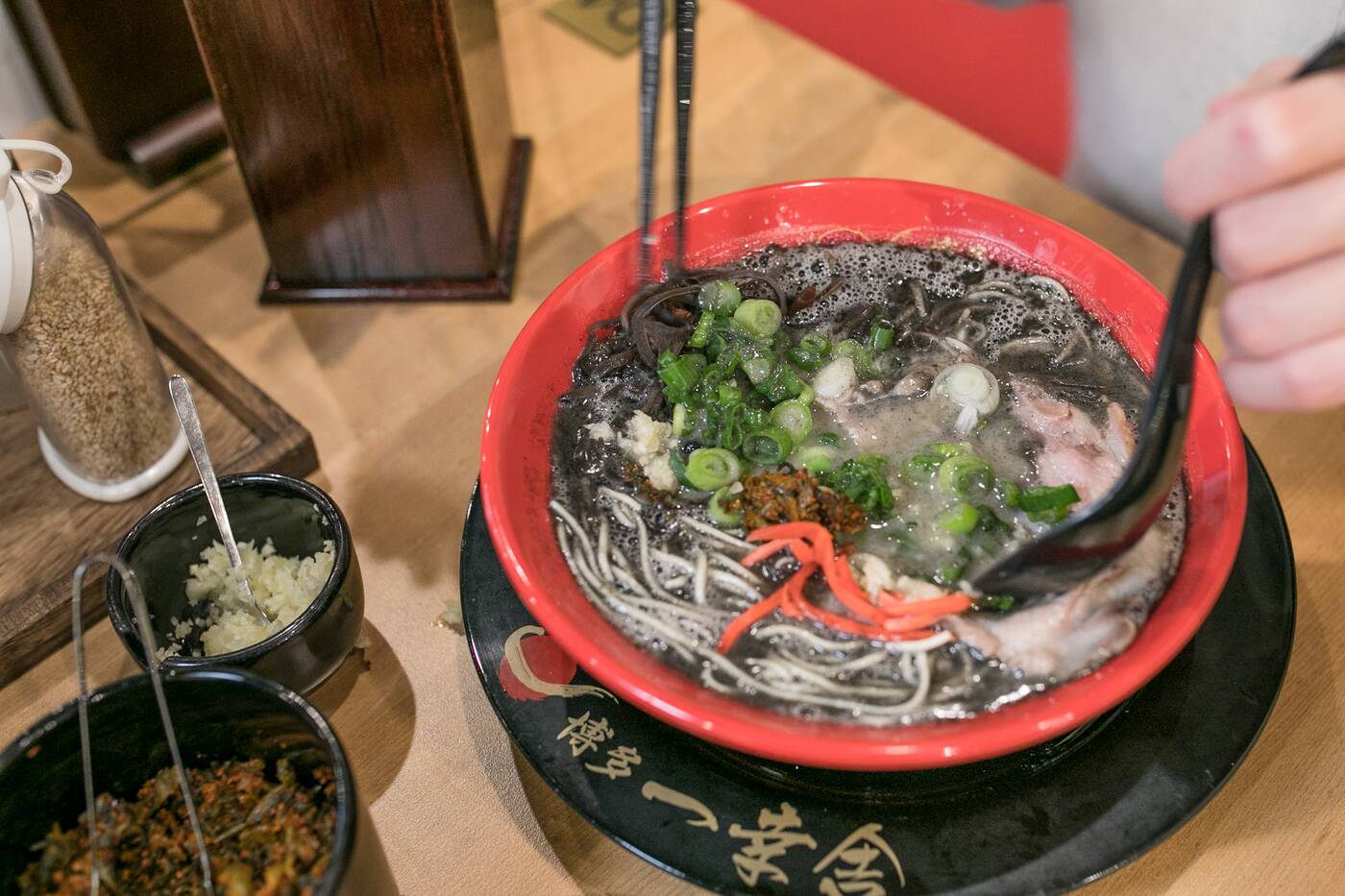 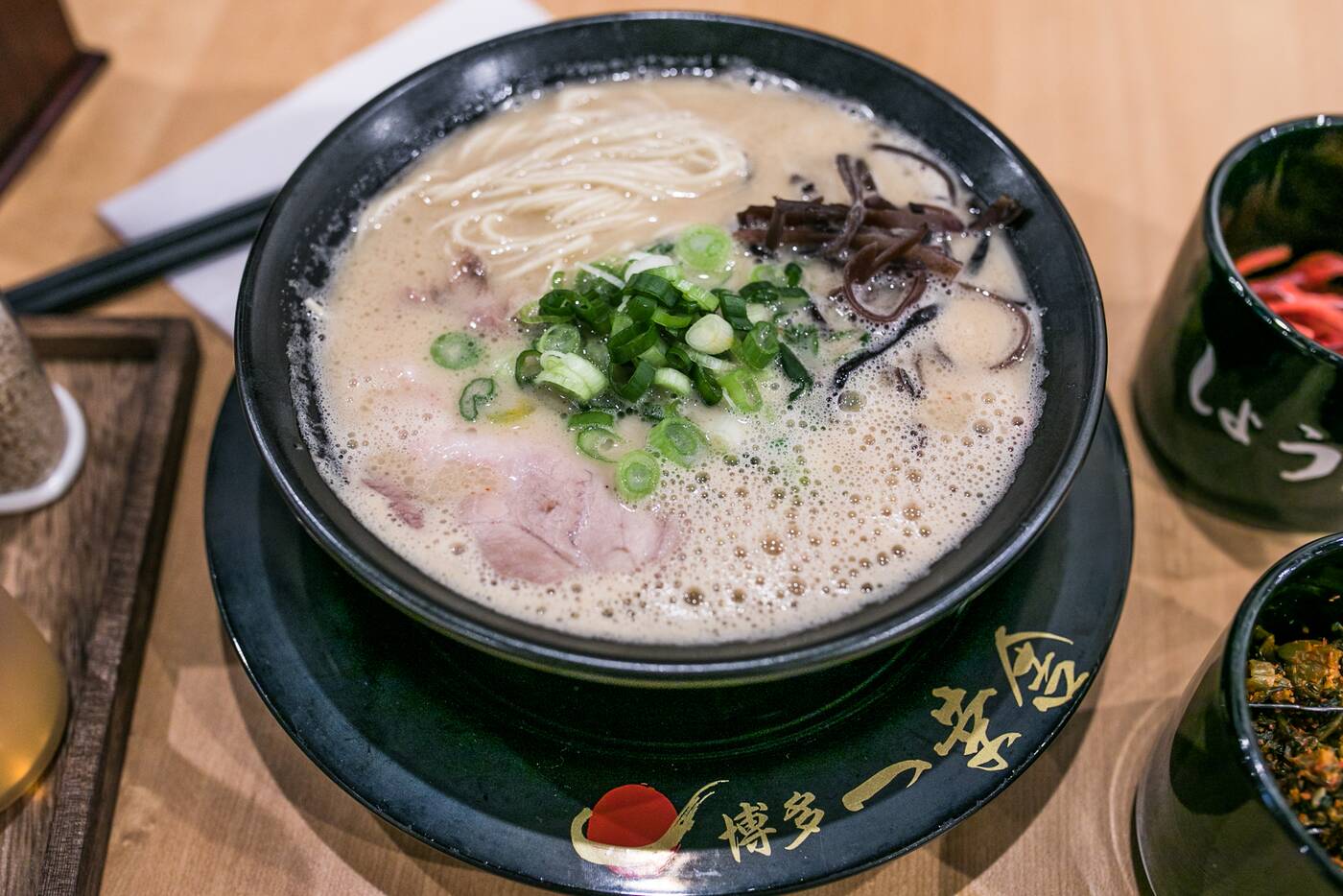 The Signature ($14) uses a little soy sauce from Fukouka to add extra flavour to the broth.

You can add a number of toppings to your bowl for extra, including flavoured egg ($2) or more cha-shu ($3). If you finish all the noodles in your bowl, you also have the option of ordering a second serving, traditionally called Kaedama ($2). 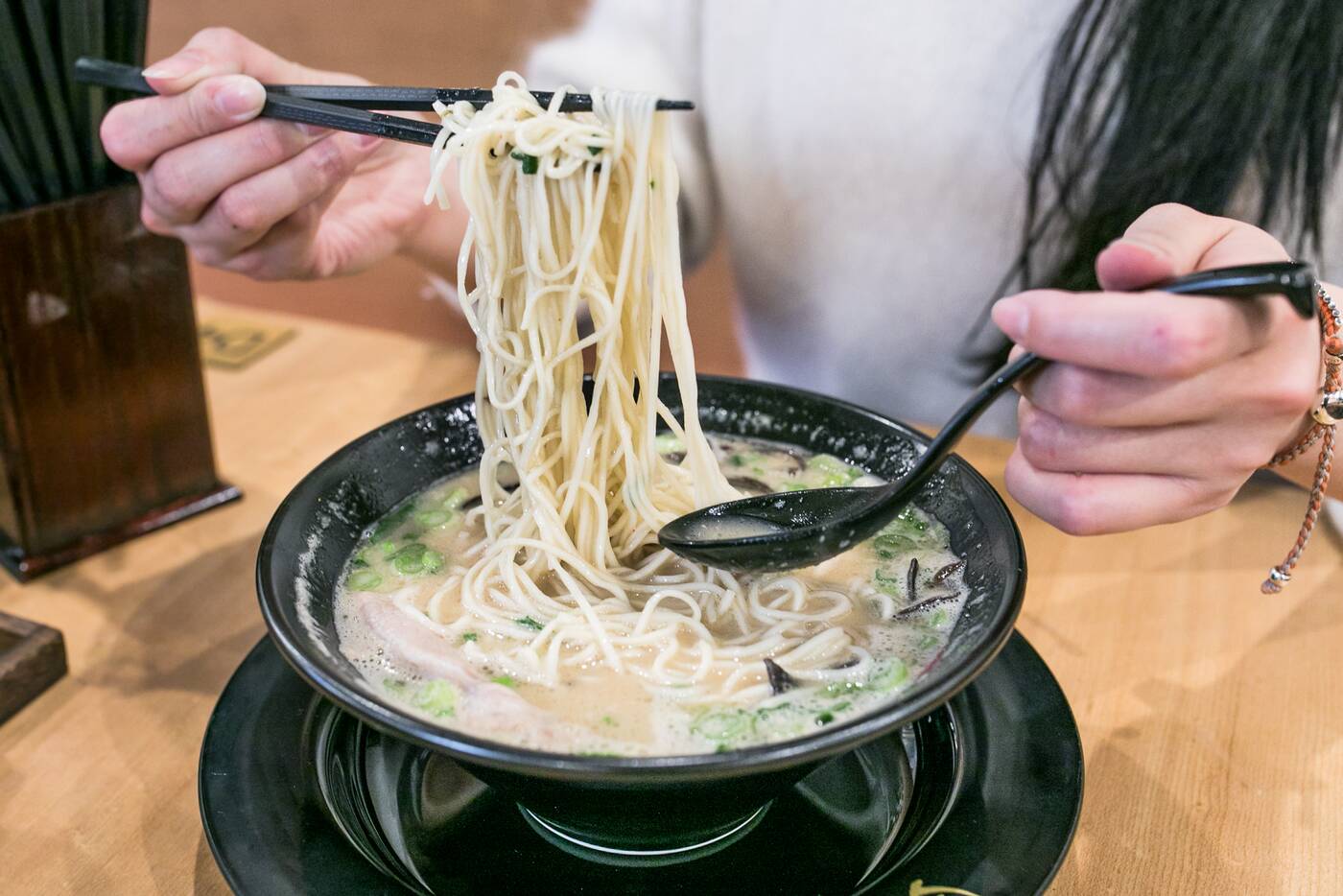 If you want to practice your Japanese, do this by saying “Kaedama onegaishimasu” to your server—it’s in the menu if you need to read it out. 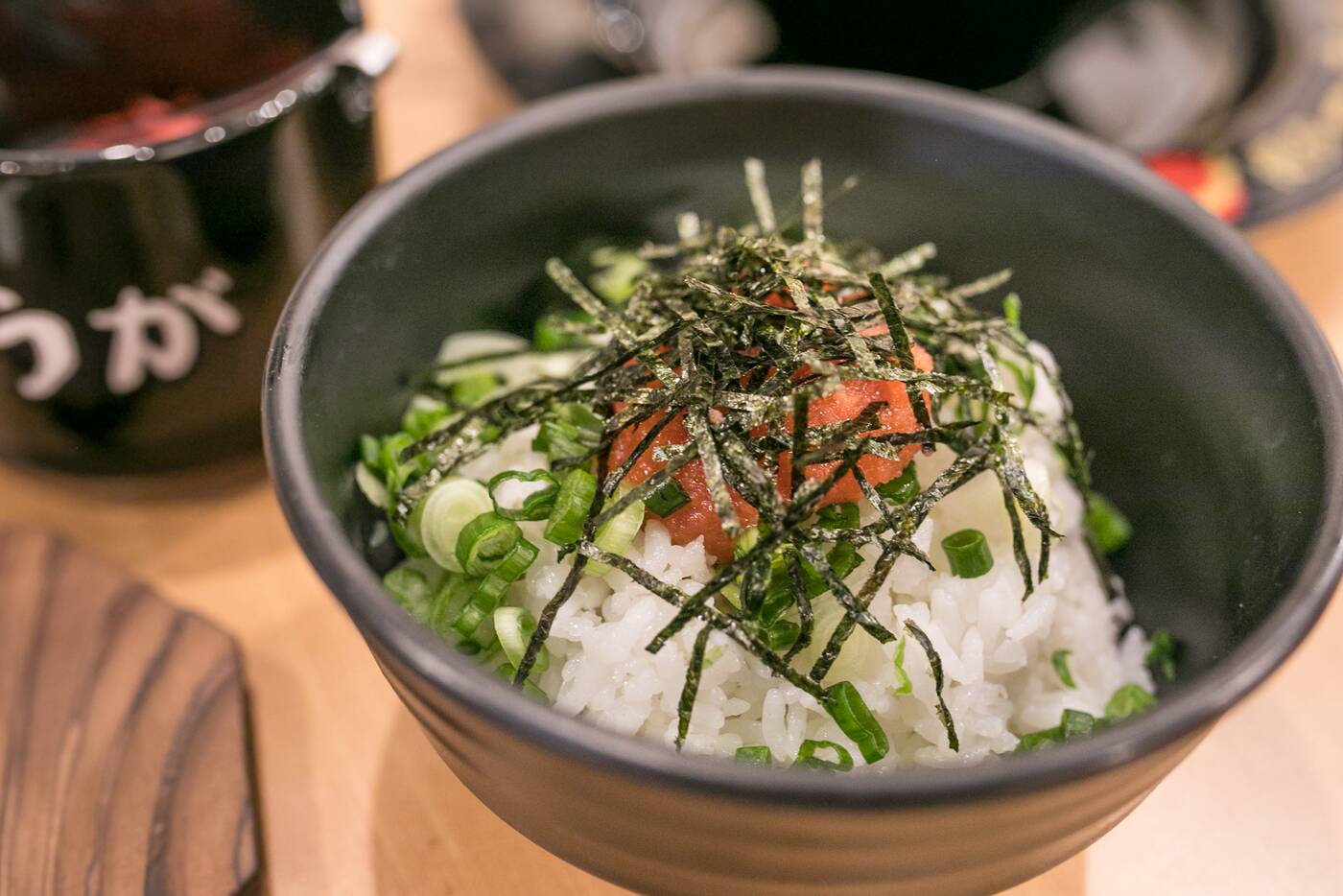 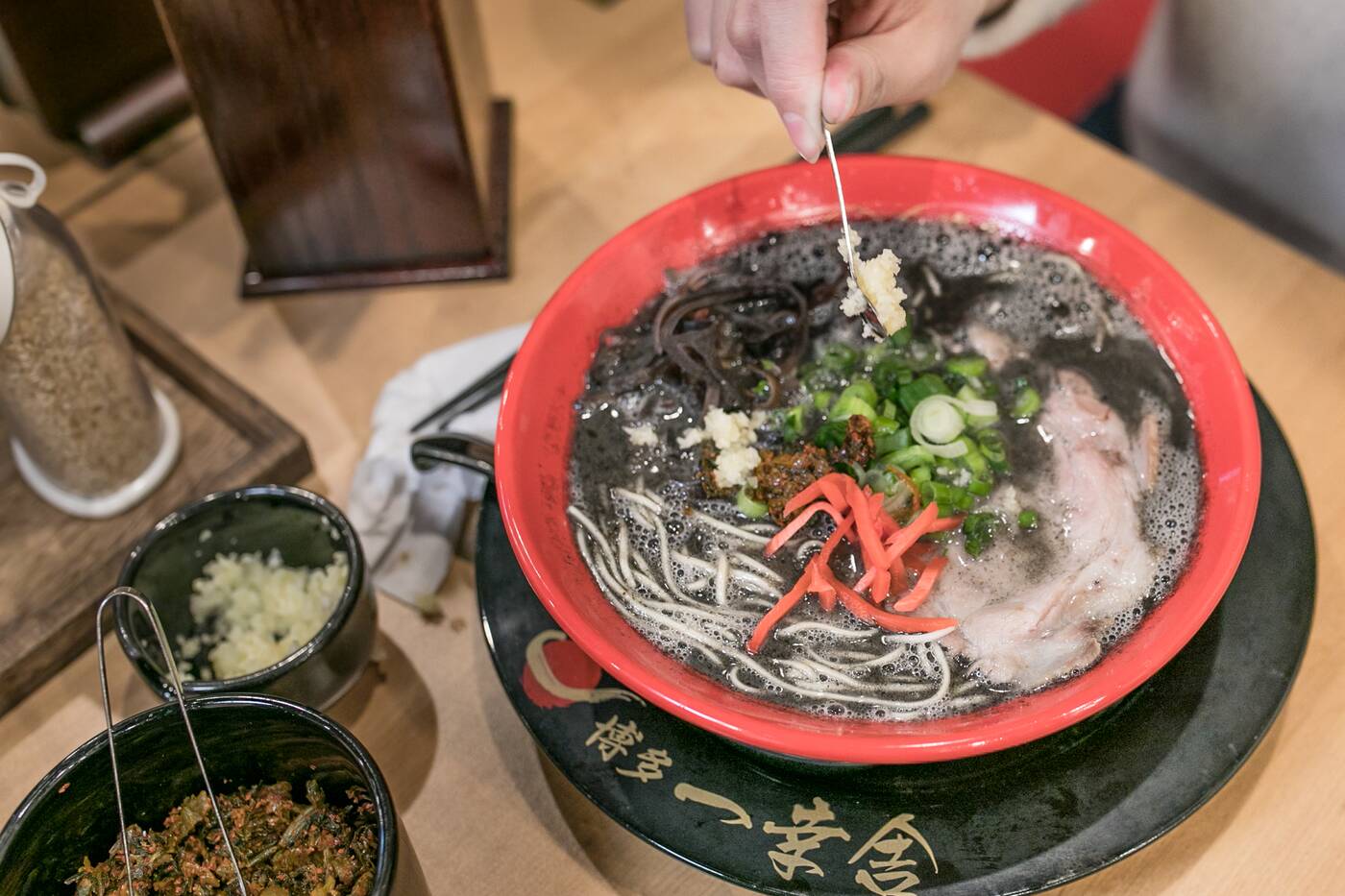 One thing that really sticks out about Hakata Ikkousha is the fact there are condiments available on the table, like freshly-cracked black pepper, chopped up garlic, ginger, and takana (pickled mustard leaves). 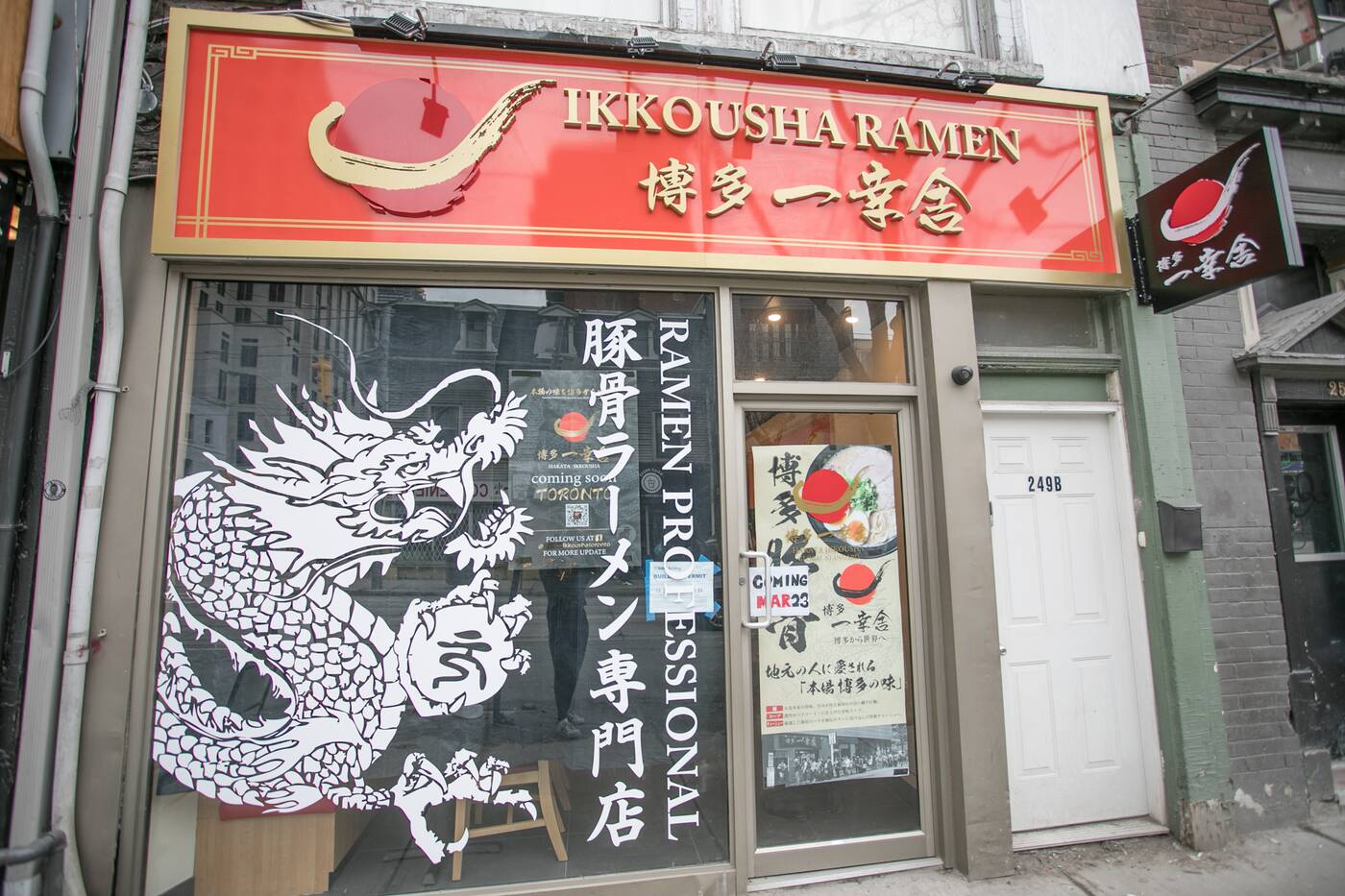