The Hot 'n Dog wants to give your wiener a makeover. And I want to litter this review with bad puns and innuendo. I'll try my very best to keep it to a minimum, but I can't help it if now and then one slips through the cracks... While other restaurants offering elevated dining or a local focus have been popping up in Parkdale for a while now (think places like Cowbell , Keriwa Cafe , or even hotspot Grand Electric ), George Karpouzis has started from the other end of the spectrum. 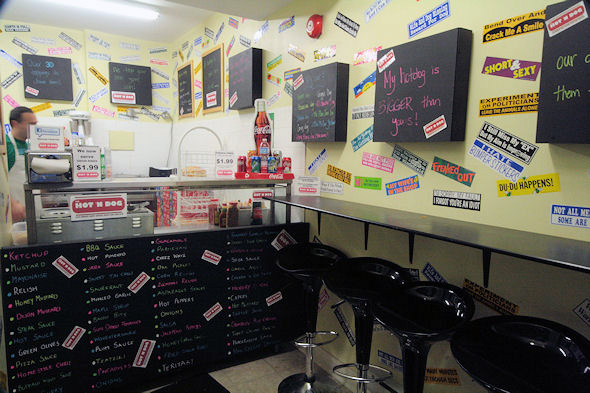 Operating out of a space just a bit roomier than a bus shelter, Karpouzis is offering up a hot dog based menu. It's not about the dogs themselves, however, but what you can do to them. With 55 toppings (60 as of this Friday) the possibilities seem almost endless (bonus points if you can figure out what the exact number actually is). 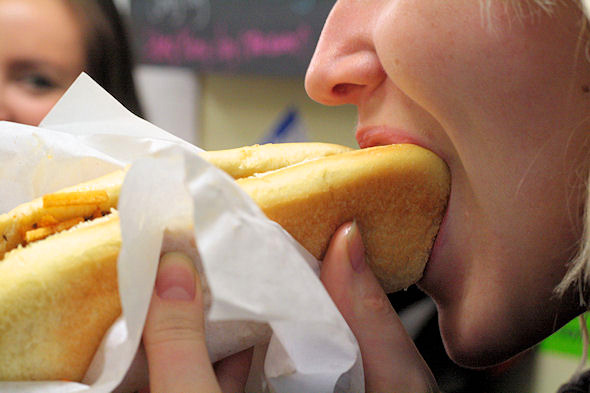 Inside, the tiny shop is all steamed up, just like the wieners, and Karpouzis's chatter bounces off the bumper sticker-covered walls. He's a bit intense, but in the best of ways, and he clearly loves what he's doing. His place is a hit with local high school students, and why wouldn't it be, when $3.99 gets you a bag of chips and a drink to go with your hot dog and its unlimited toppings. 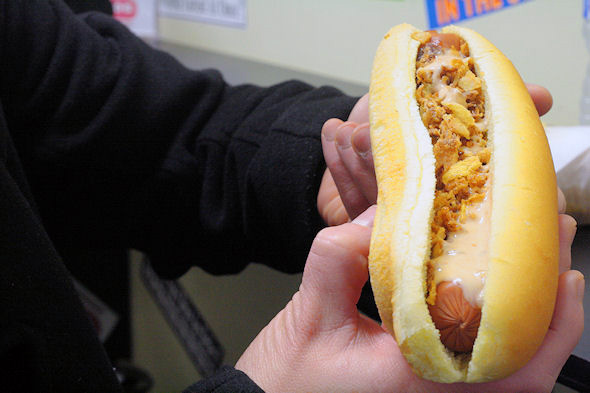 The hot dogs themselves come in two varieties: your run of the mill beef & pork mixture and Yves veggie. As far as the toppings go, Karpouzis is of the "more is better" philosophy. He doesn't encourage "boring" toppings, and although he won't deny anyone their mustard-only dog, he will try to talk them out of it. 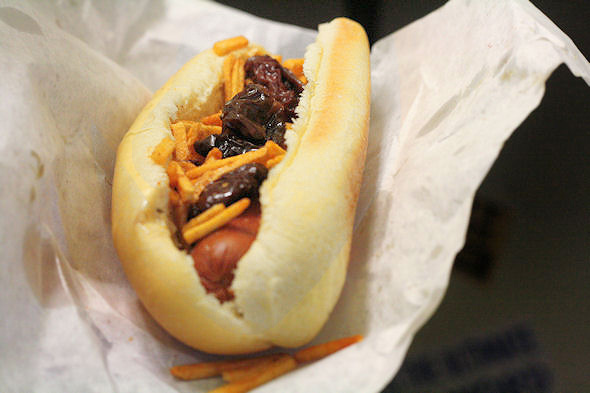 I dragged a few co-workers along with me after work on a Friday with promises of beer to follow. We jammed into the small space and were confronted with George's presence and a chalkboard covered in condiments. If you're decision-making impaired like myself, it's a bit overwhelming, but to make it easier there are some pre-designed menu selections such as the best-selling Nacho Dog or the Hong Kong Clog with all 60 toppings. 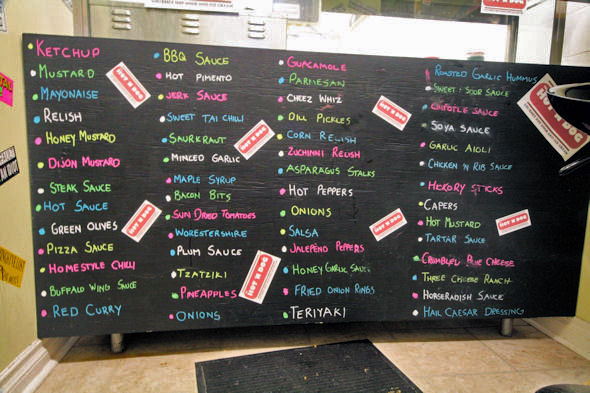 Finally I was at the front of the line and, still unsure of what to do I just started shouting out random words. Hot peppers! Zucchini relish! Hickory sticks! Um...sweet Thai chili sauce! Pickles! (which by the way are a strictly feminine choice according to George's experience). We all enjoyed our dogs — even my friend who chose every fifth item as listed — and really, a steamed wiener is a steamed wiener, but a steamed wiener with Nutella, bacon bits and maple syrup? Well, that's brunch for under $4. 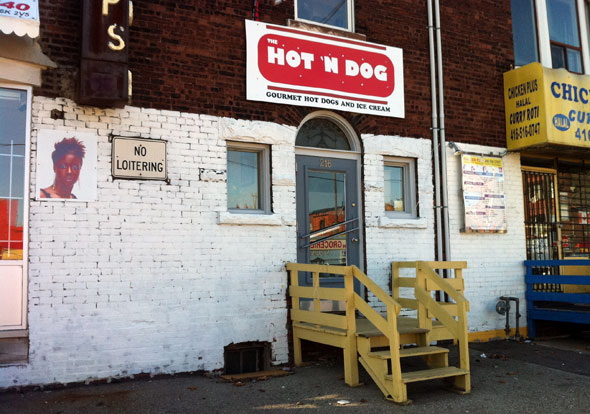