Golden Crisp Fish & Chips has been serving filets and french fries since the days of WWII.

No longer the bustling restaurant it used to be during the Kodak factory era, this spot is now frequented mostly by locals looking for a hot meal and a place to rest. 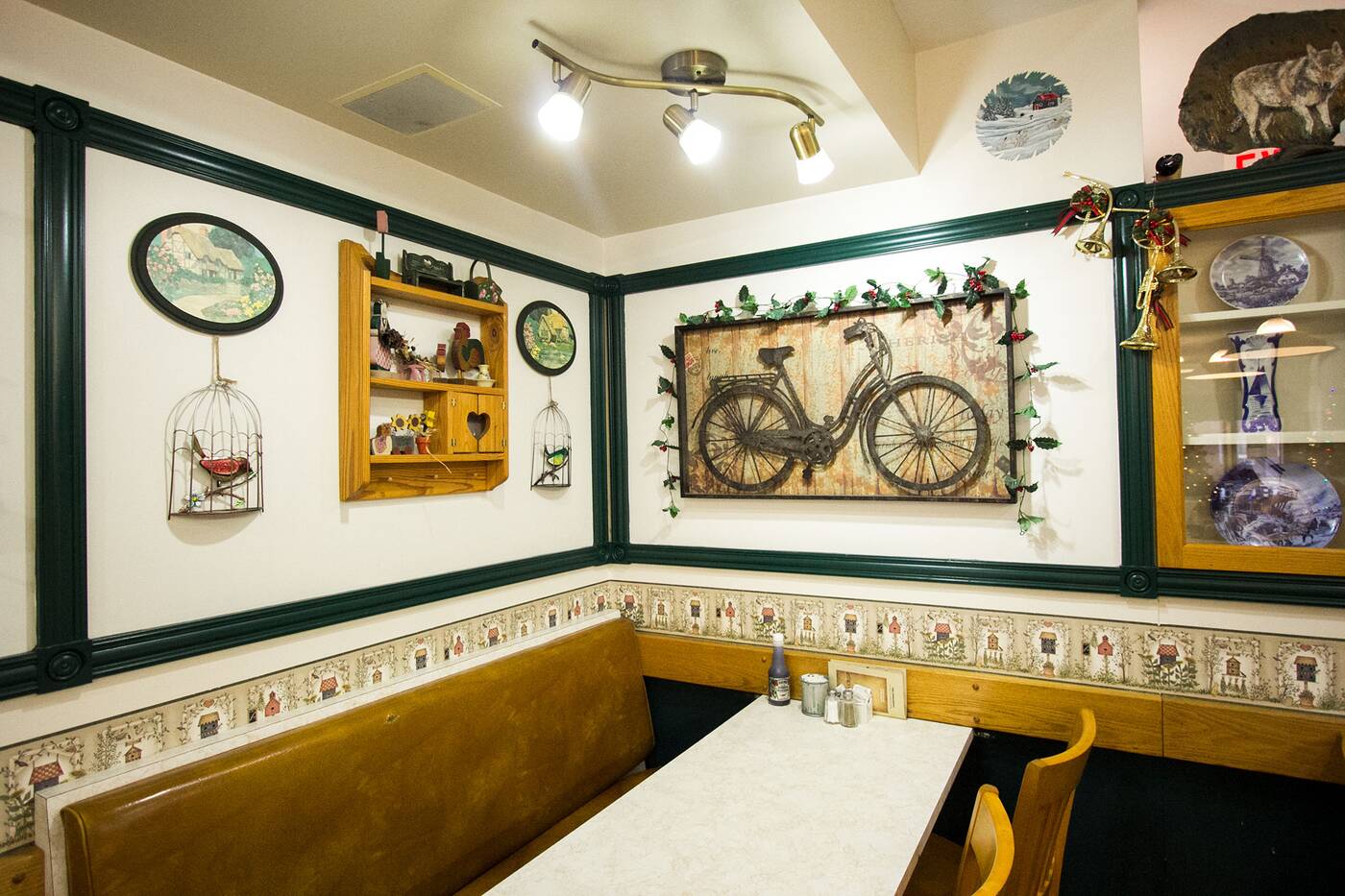 It's a place that some might say is trying to embrace its own outdated-ness. Everything from its colour scheme to the kitschy Dutch paraphernalia hanging on its walls is reminiscent of a Midwest living room from the 1980s. 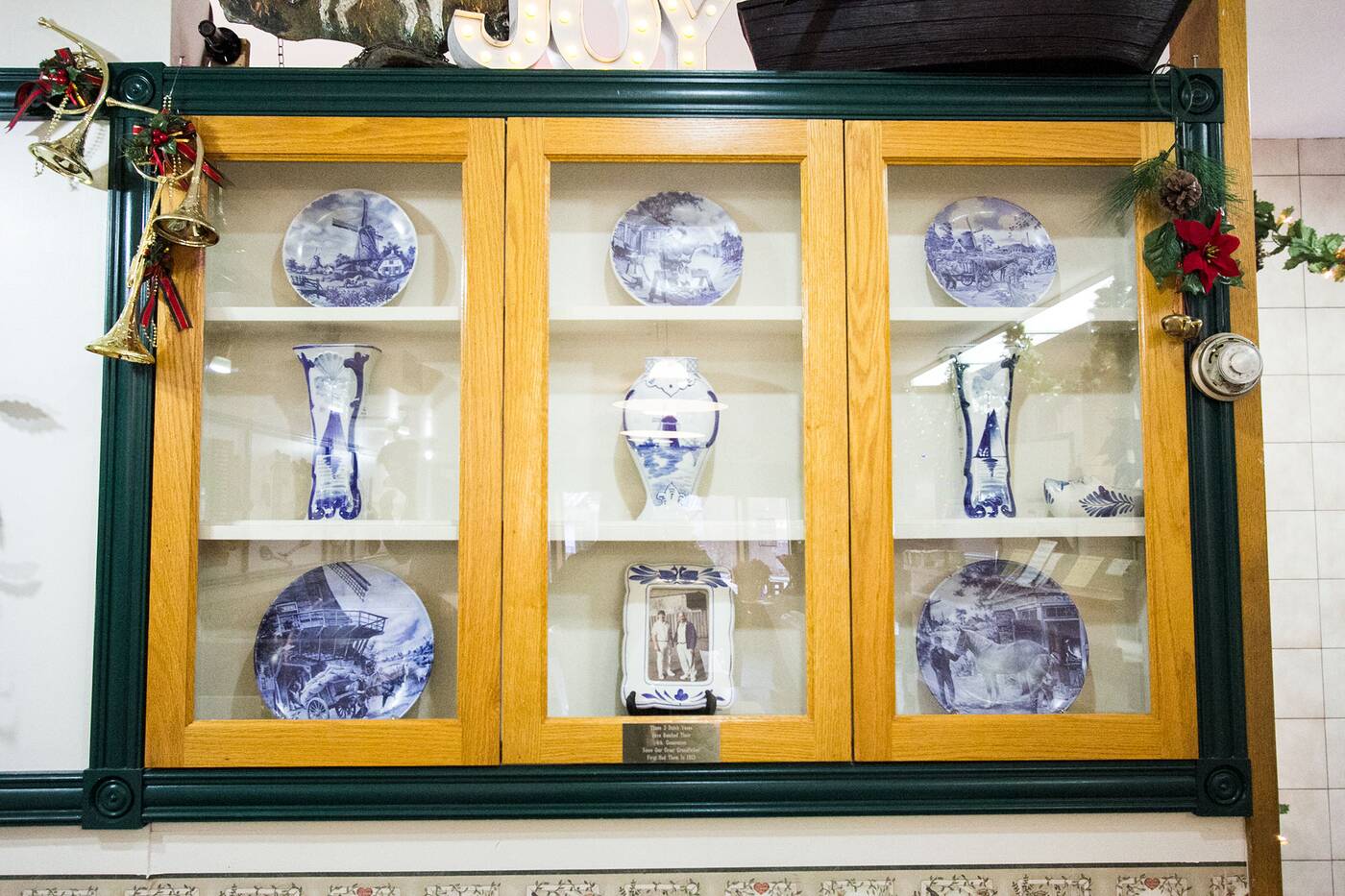 But don’t let the trite decor fool you. Golden Crisp is, surprisingly, as politically charged as it is old. A short conversation with the owner Harry Vanderkamp, who once considered running for MP, will quickly have you deep into ye olde fake news debate. 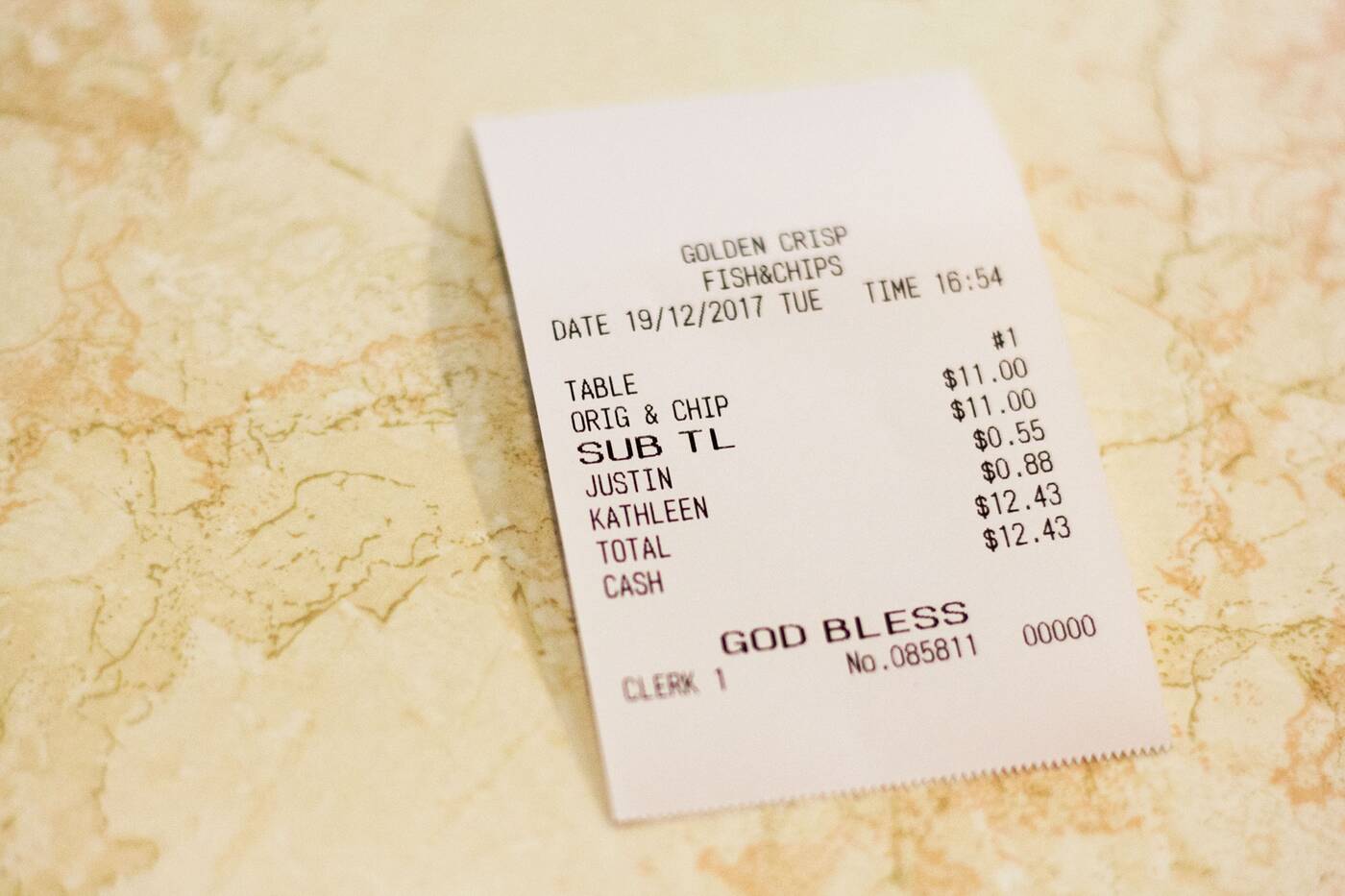 While he claims he has no overt political leanings, your meal’s receipt might prove otherwise. At Golden Crisp the HST tax is expressed as the ‘Justin’ and ‘Kathleen’ tax: a tongue-in-cheek slight to the Liberal party. 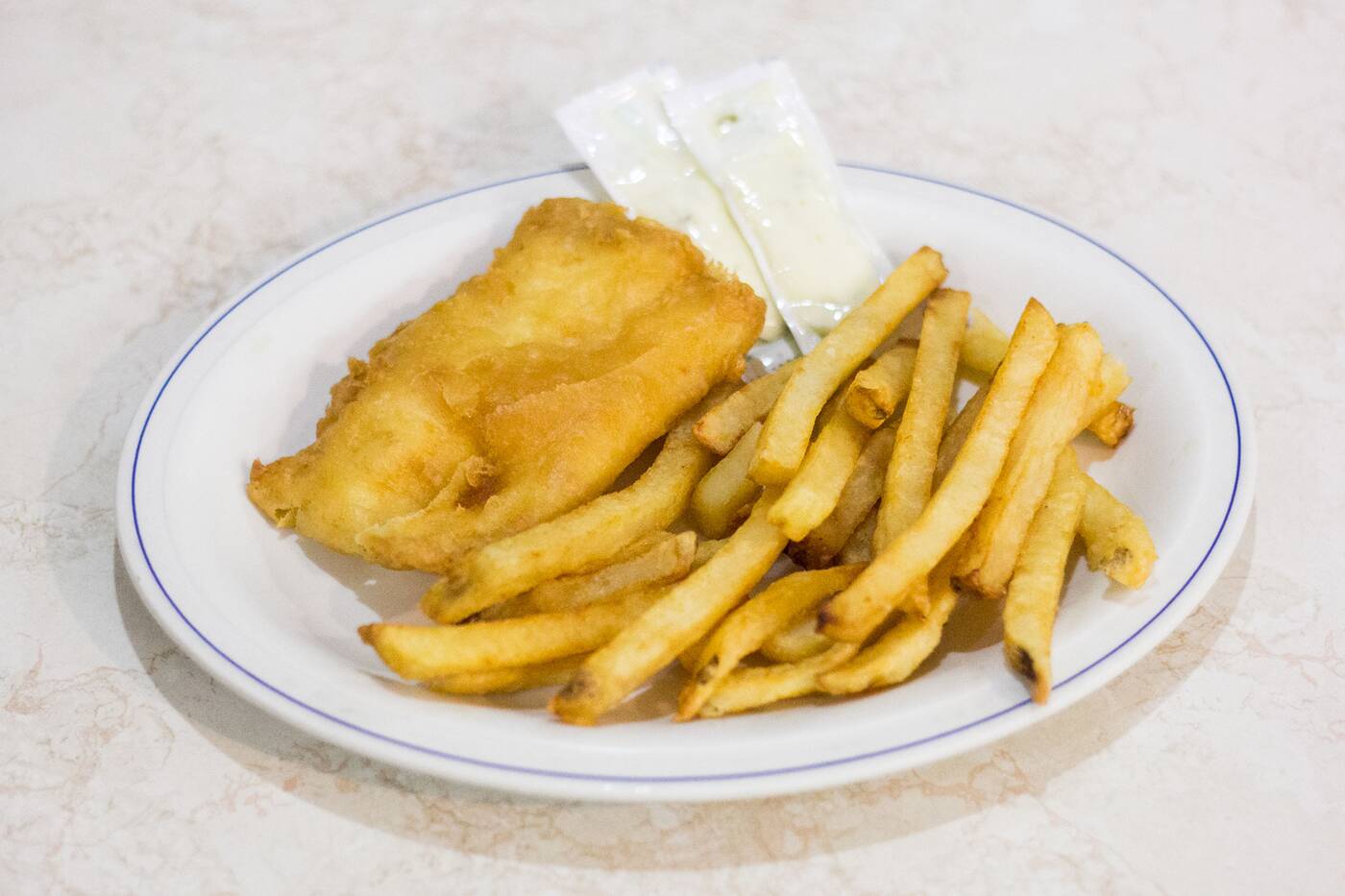 Politics, fish, and chips aren't usually a good combination but the food still satisfies. The Haddock and chips ($10.50) comes with a decent-sized filet and thick fries which you can request more of free of charge.

Though the majority of food here is a uniform colour of golden yellow and desperately needs some garnishing, I find the fish batter crispy and no more oily than necessary, leaving only light grease trails on the plate. 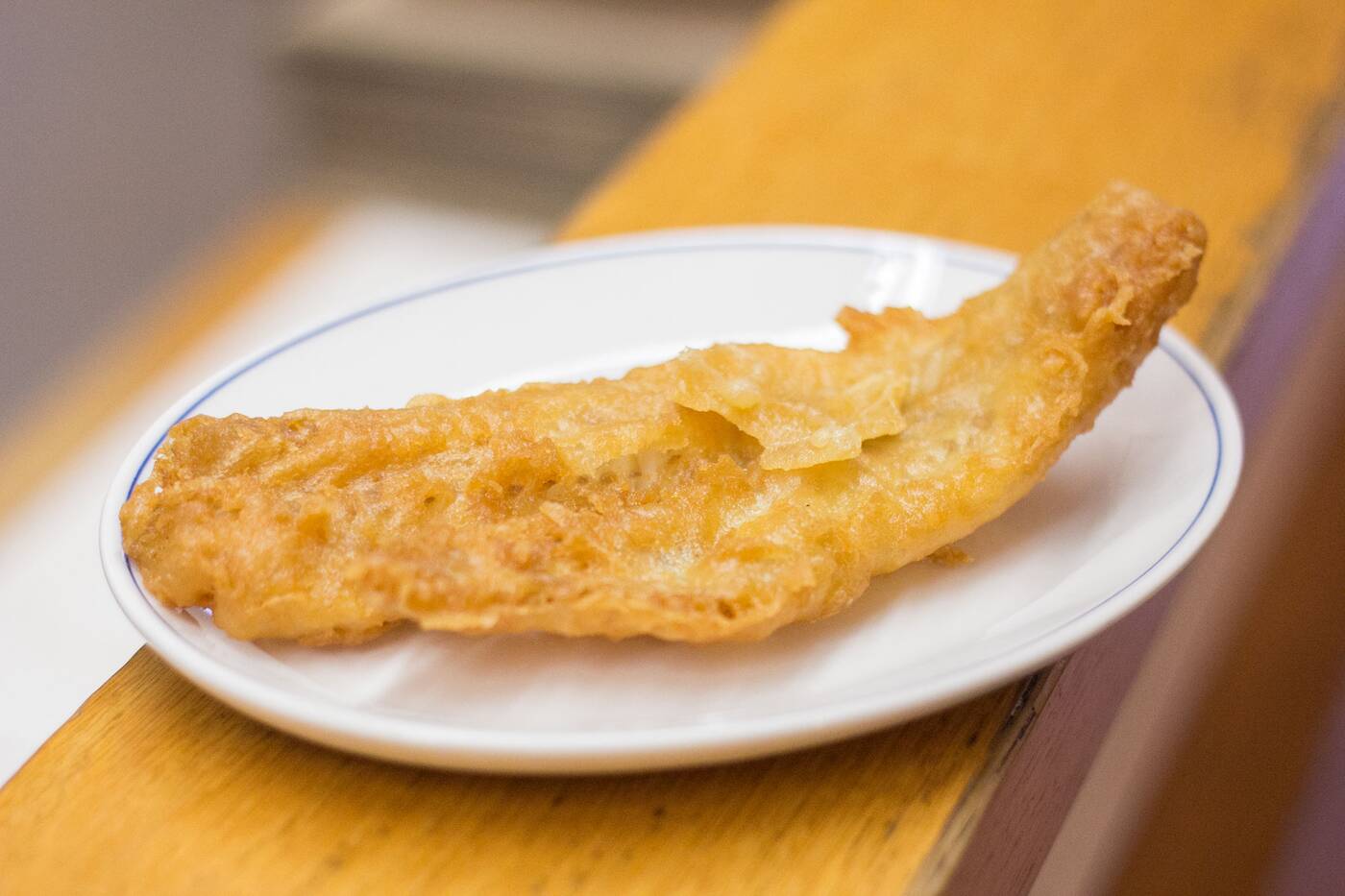 You can get a single filet without fries ($7) and also request lighter batter, which is a considerate option.

The most popular dish on the menu is the large Halibut and chips ($15.50) which also comes in the smaller original size ($11).

You can upgrade your meal to include coleslaw, a beverage or a Caesar salad, though people don’t come to Golden Crisp for its greens which is why poutine is offered here as well ($6.50 for a large). 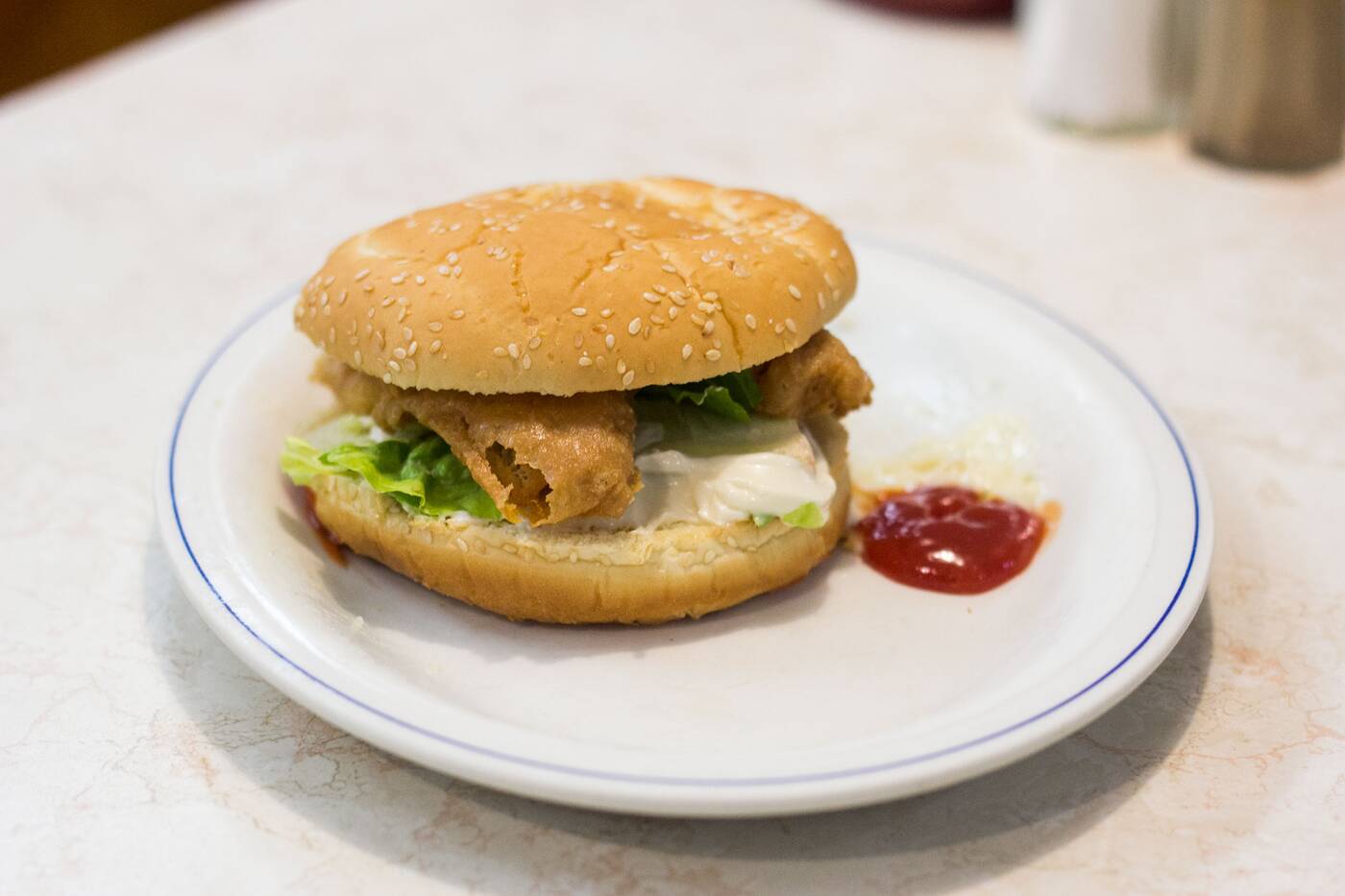 The Alaskan White is the cheapest fish on the menu. You can get fries with two pieces of Alaskan – which is actually Pollock ($9) – or opt for the daily special: the filet on a bun paired with fries ($6). 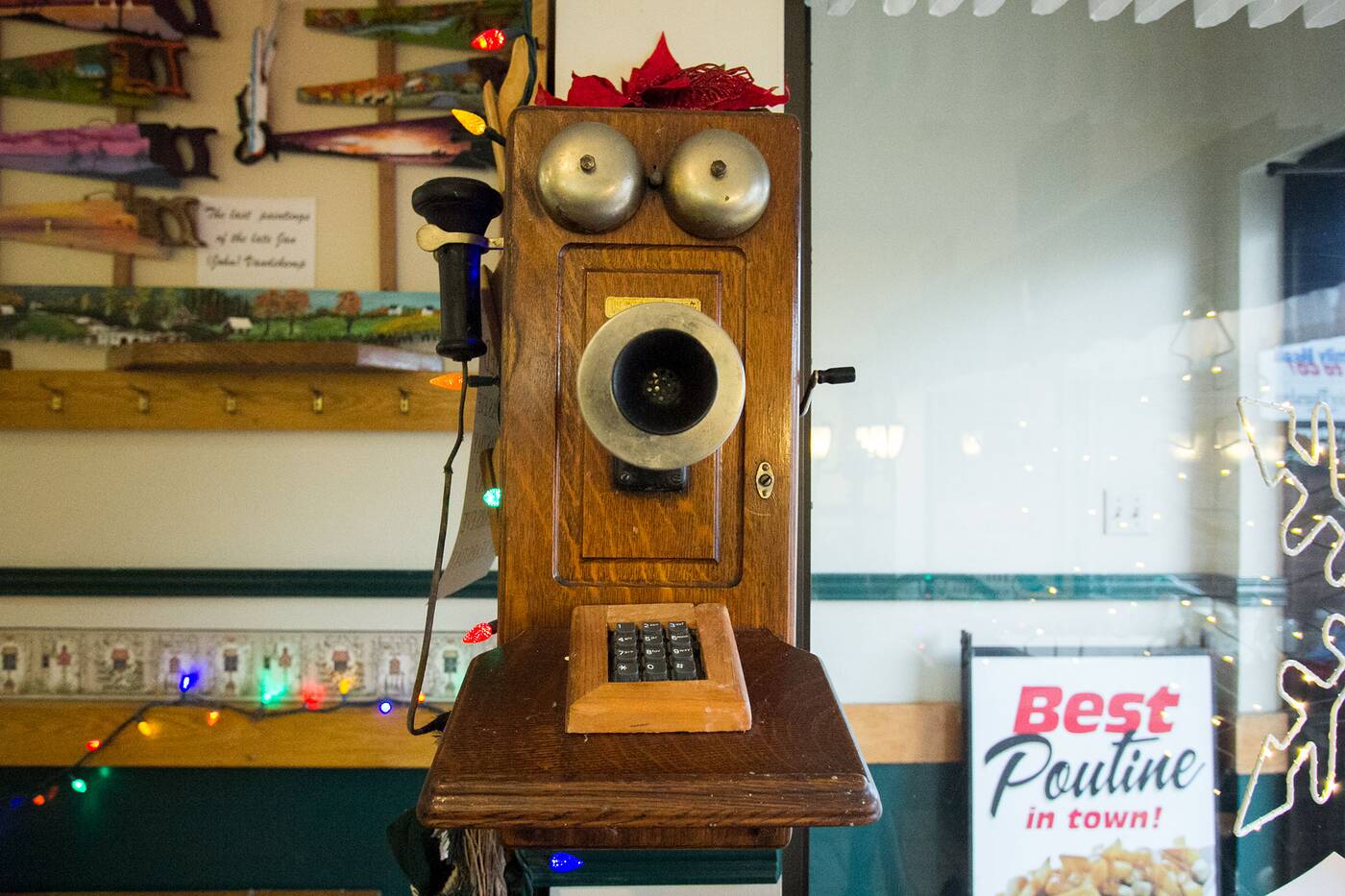 If you’re feeling the drowsy after-effects of all that batter, use the antique telephone near the entrance to call a Lyft. The phone dates back to 1906 but Vanderkamp, who clearly has a penchant for the past, has fixed it back to working order. 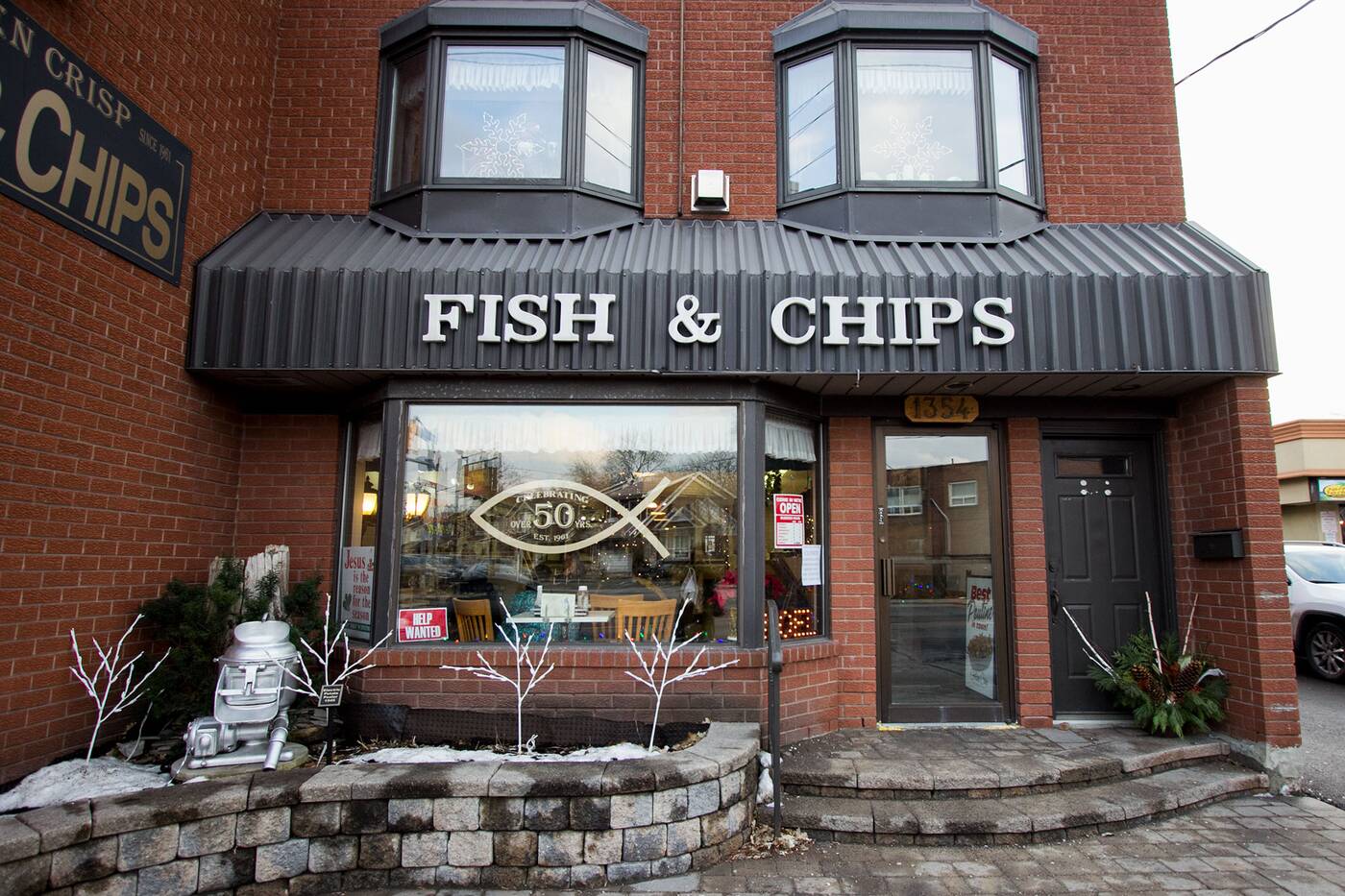