Get Smoked is a friendly neighbourhood barbecue joint on Dawes Road, in an area populated mostly by run-down dollar stores and variety stores. Get Smoked is simple but a breath of fresh air. Plus, they have a pinball machine.

Owner David Suckling has been making a concerted effort to bring life to this little community with his restaurants, such as his first in the area, Hollandaise Diner . They, of course, only do breakfast though, so he wanted to try something different, bringing Albertan barbecue chef Dan Guiry and a smoker into the kitchen. 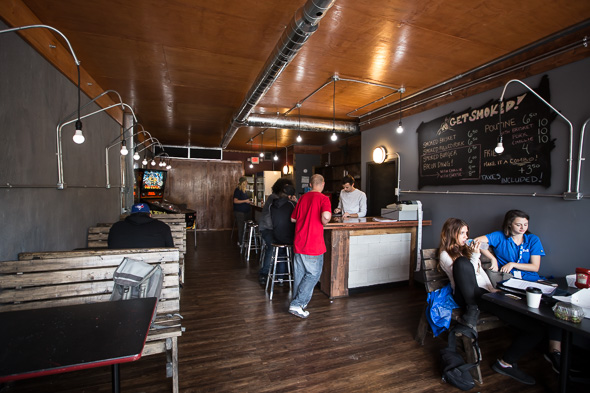 The interior is bare-bones and rustic, but doesn't hit you over the head with the whole barbecue theme, going for more industrial than barn with its look. There's a good amount of seating, with wooden booths that accommodate groups well, and some bar seating. 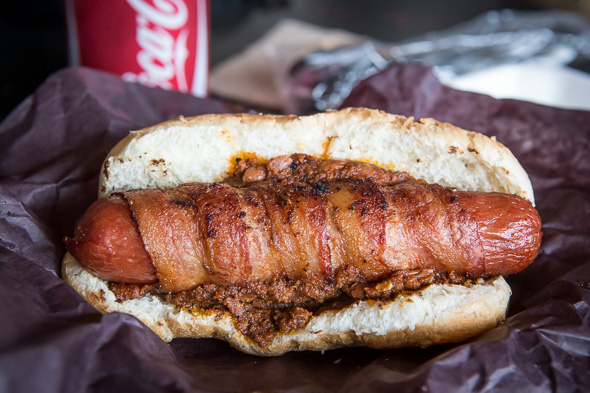 When someone says bacon-wrapped hot dog ($6) to me, I don't think: I just dig in. For an extra $2.50 we get it with chili and cheese. I wouldn't say the dishes here are elevated in any way, but it's one of those places you'd go to get things you think you can make but are easier to just order. The chili is also made from scratch, with pinto beans, crushed tomato, onion and chorizo. 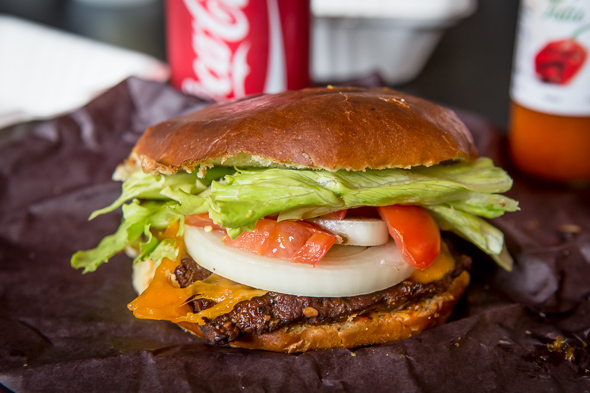 Of course, if you think you can make a smoked burger, be my guest, because then, like Guiry, you've probably got some experience under your belt. For $6.50 it comes with all your standard toppings on a brioche bun, but for $1.50 you can add bacon or a variety of cheeses (we go with American cheddar) and like the dog you can add chili AND cheese for $2.50. 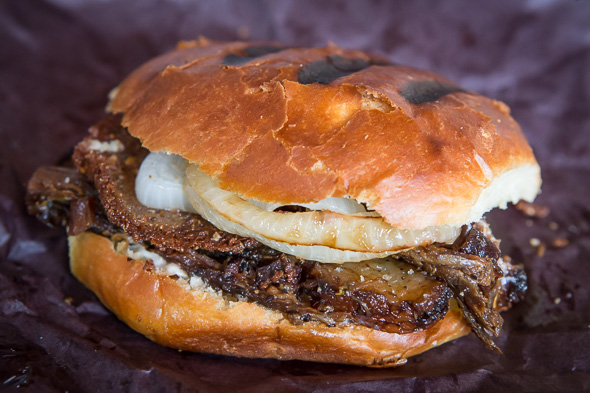 According to Guiry, the brisket ($6.50) is the best sandwich on the menu. He picked up some tricks on the ranch in Alberta where he's from and used them for the secret process the brisket goes through, but will reveal it's smoked for twelve hours in the back. That's topped with deep-fried onions and horseradish mayo, all served on an onion bun. 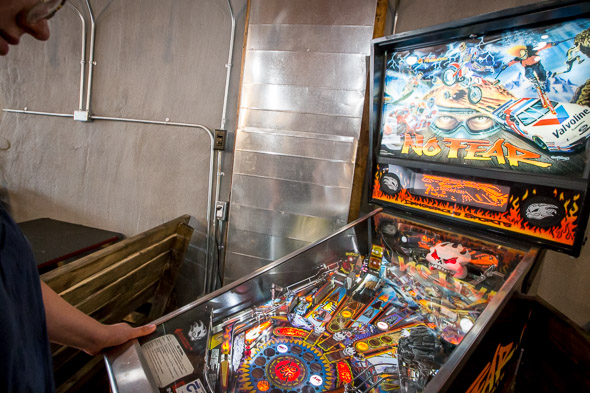 They get all their bread from Celena's in the neighbourhood, same with the Hollandaise Diner. Another product the two establishments share is Tata hot sauce, made with pineapple and scotch bonnets: I'd recommend putting it on pretty much everything. The pinball machine, which goes with the industrial rock n' roll look of the bar, is rented from Coin Exchange . 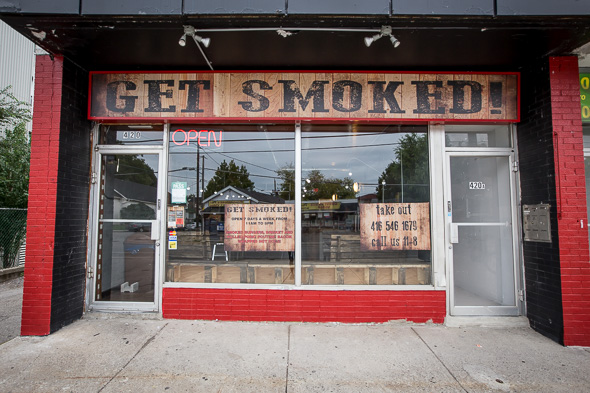