Gelato Pizza is in no way ambiguous about what it brings to the Parkdale community. "Everyone I talked to didn't like the name," says owner Giuseppe Petrella, who obviously isn't shy about sticking to his guns. "They thought it sounded like I was serving gelato on pizza." 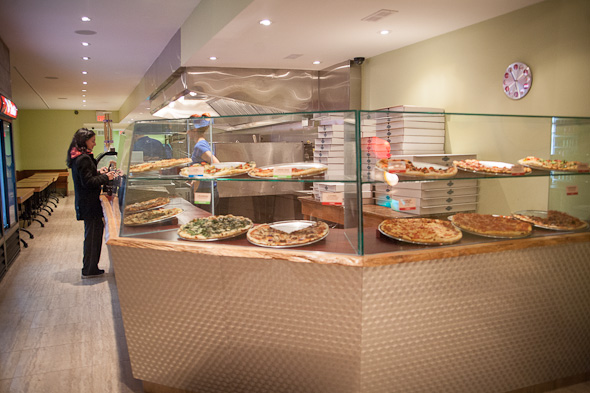 Giuseppe tells me he's spent the last seven years running a pizza franchise, though he's always longed to branch off and do things his own way. "This is real Italian pizza," he says. "And real Italian gelato." 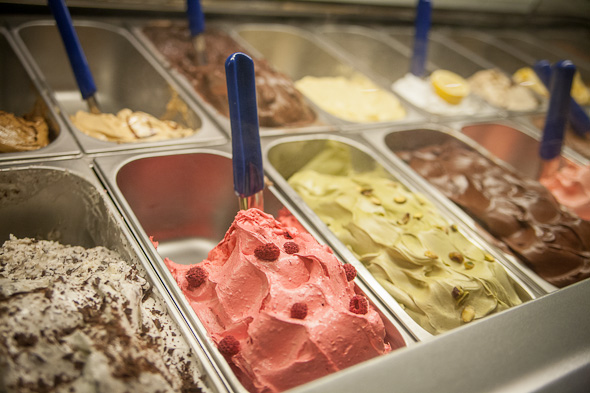 While the pizza is made in-house, the gelato is sourced from Gelato Simply Italian which Giuseppe says he settled on after tasting about a dozen different Toronto options. There are currently about 16 flavours available at Gelato Pizza — the more traditional options including hazelnut chocolate, blood orange, pistachio, and lemon — and room for another 16 more when the mercury rises during the summer. 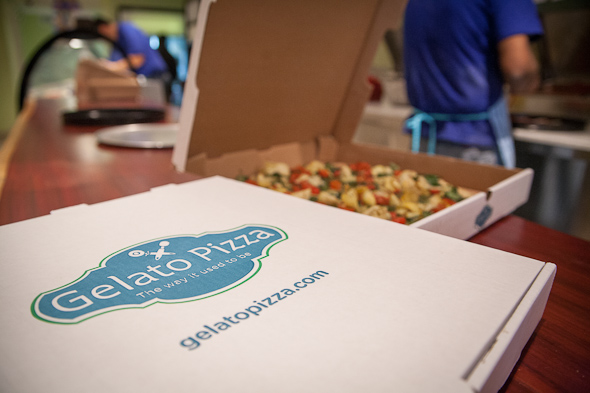 Pizza production (and consumption) is already in full swing here, with 22 specialty pies on the menu (all priced the same $12.95/$15.95/$18.95 or $4.40 per slice) and the option to create your own. They range from the basic "Ma" pizza with tomato sauce and mozzarella ("Just like my ma' made it when I was a kid," Giuseppe says) to the "A-Maize-Ing" pie with extra virgin olive oil, mozzarella, garlic, tomatoes, corn, parmesan, basil, and eggplant.

Each pie name comes with a thorough back story (just ask Giuseppe), and is made with fresh ingredients that are all prepared onsite. Available slices include three vegan options, and Gelato Pizza is working on developing its own gluten-free crust. 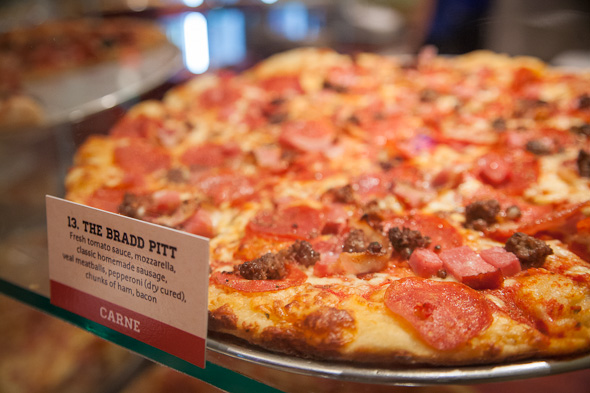 The Brad Pitt slice immediately catches my eye, and comes brimming with veal meatballs, dry-cured pepperoni, homemade sausage, and chunks of ham and bacon on top of mozzarella and tomato sauce. The crust is a modest thickness — more chewy than crispy — serving as foundation for the meat-heavy pie. In case it wasn't clear, this pie comes with a "carne" heading. This isn't one of those slices that's dripping with cheese (yeah, I'm looking at you, King Slice ) or smothered only with pepperoni, but rather, comes with an equal presence of all of its protein-rich toppings in tow. 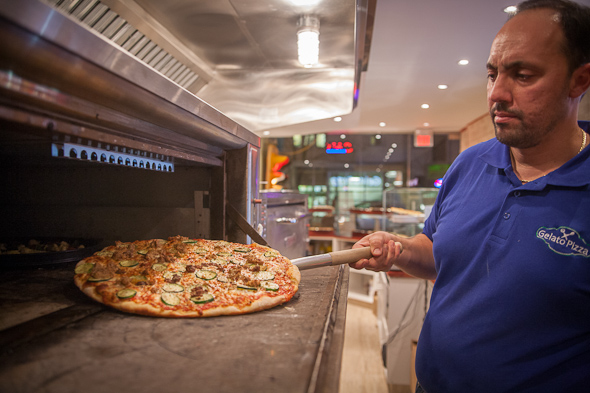 While the pizza itself does win my affection, it's the homemade dipping sauce that has me swooning. Made with fresh sour cream, yogurt, garlic, and spices, this sauce is slightly less viscous than some of the other garlic dipping sauces around, giving it a more tempered taste rather than an overwhelming garlic "punch." 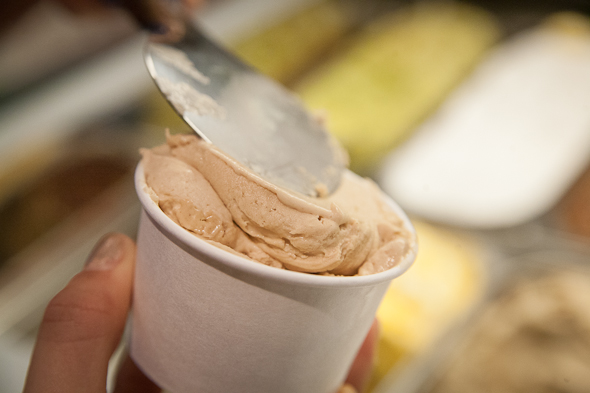 Gelato Pizza plans to roll out delivery in the coming weeks (delivery of pizza and gelato) and is planning on opening its second location (yes, already!) sometime in the new year. And it's good news for you east-enders; keep an eye on the old Ethel corner lot. 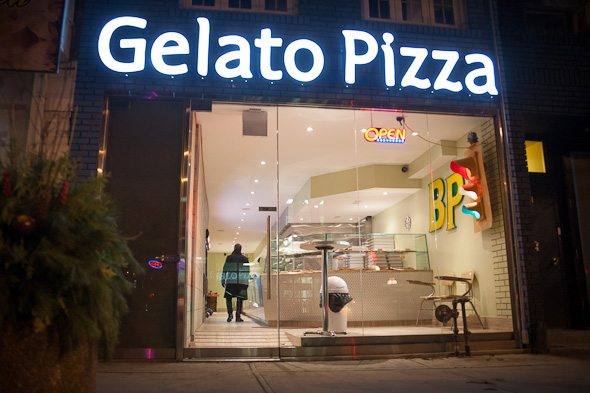