Futura Granita + Gelato brings the tradition of Sicialian granita to the streets of Toronto, also selling their handmade gelato, cookies and freeze pops. The granita, a type of Italian ice, is made simply using water, sugar, and fruit juices or infusions to create a very smooth, almost creamy dense frozen dessert.

It’s run by Lois Kim and Carlo Diano of cookie company Cookie Friday, so they’re already well versed in the sweets trade. Both went to the Carpigiani Gelato University in Bologna and Kim worked at a gelateria in the city. 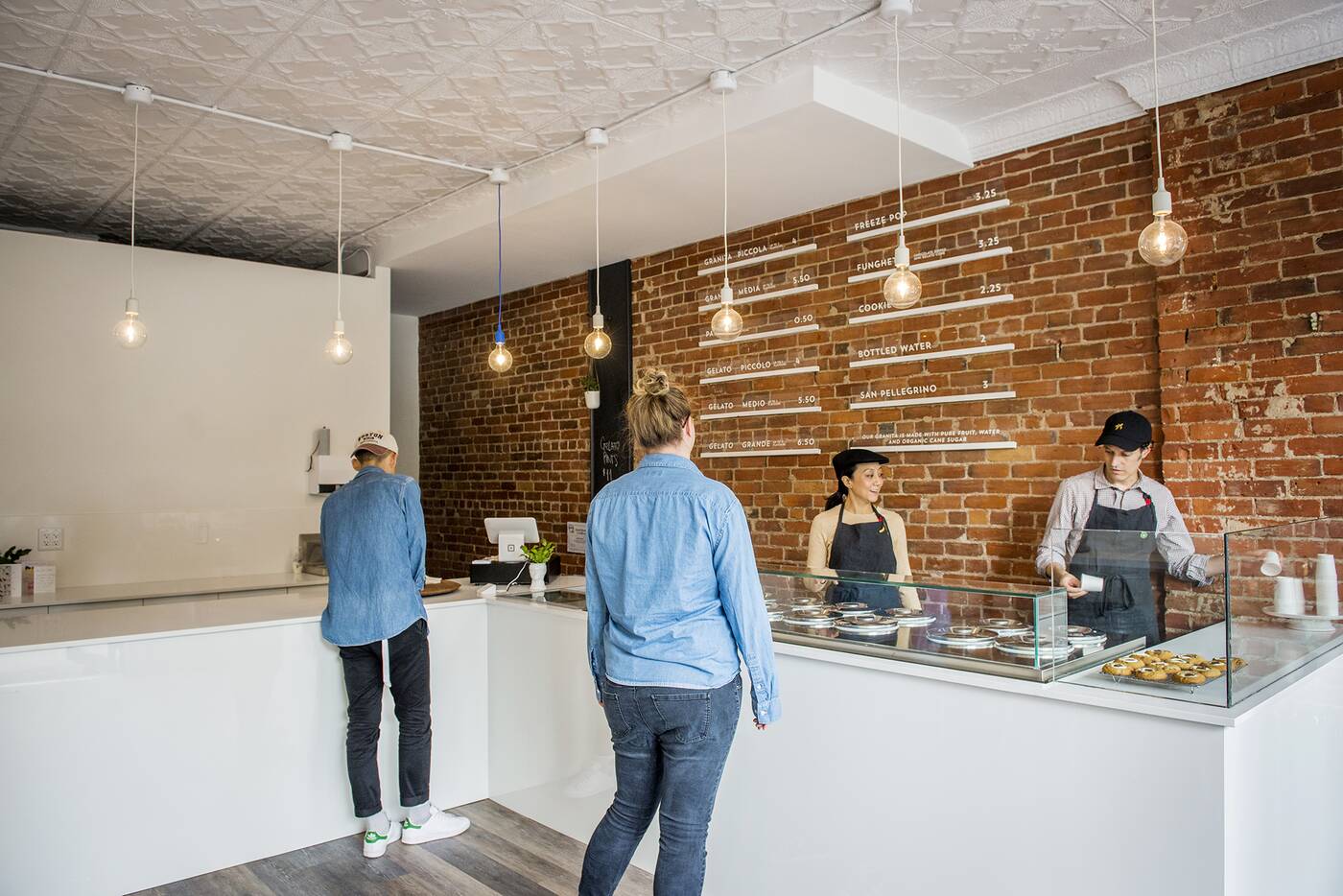 They still crank out their cookies in the back for Cookie Friday, but opened up the front of the shop into a storefront bathed in a Mediterranean ultramarine blue, flavour options scrawled on a mirror hanging on the exposed brick wall. 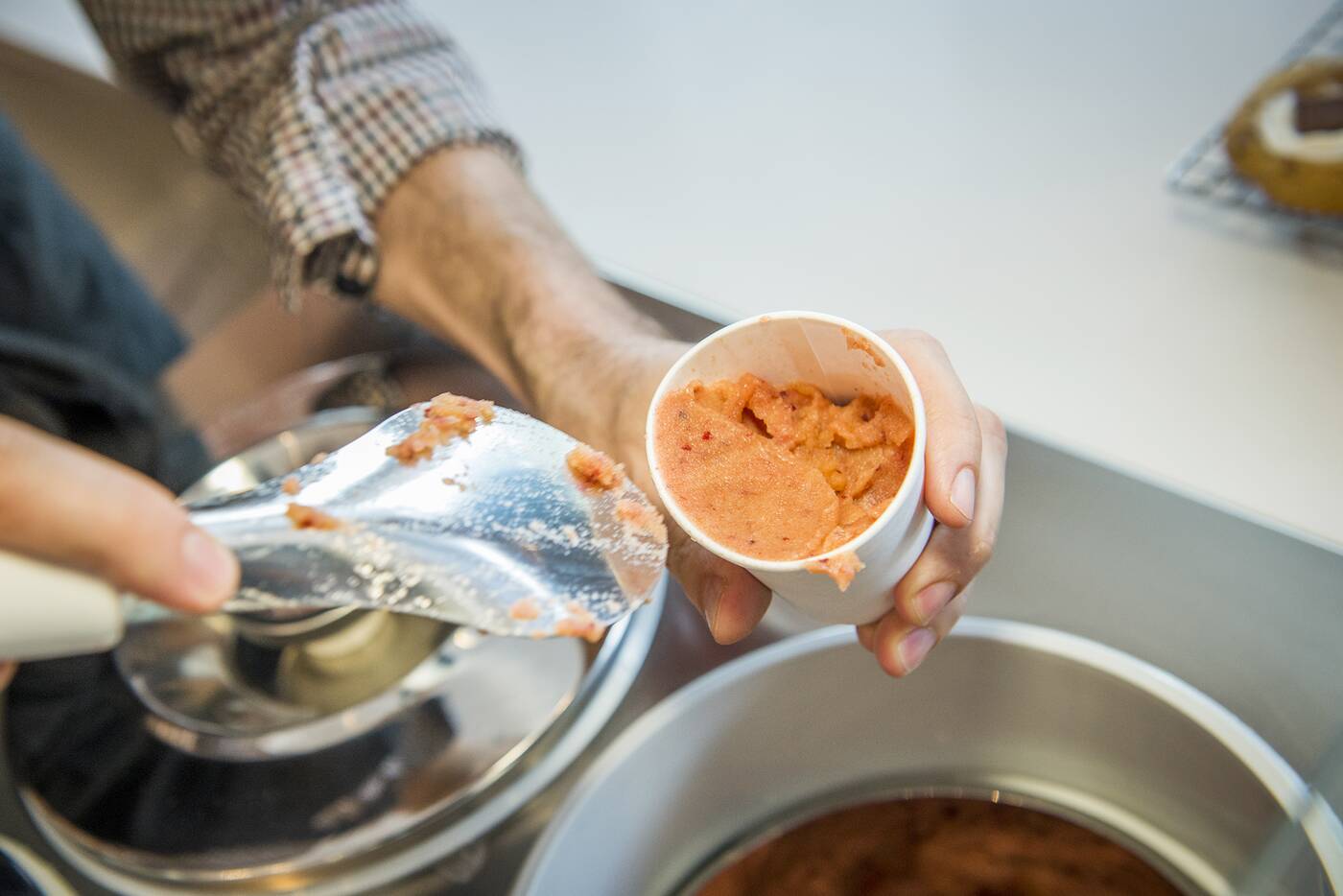 Granita is inherently vegan obviously, and Futura’s contains no processed ingredients, only all natural ones, and no stabilizers. 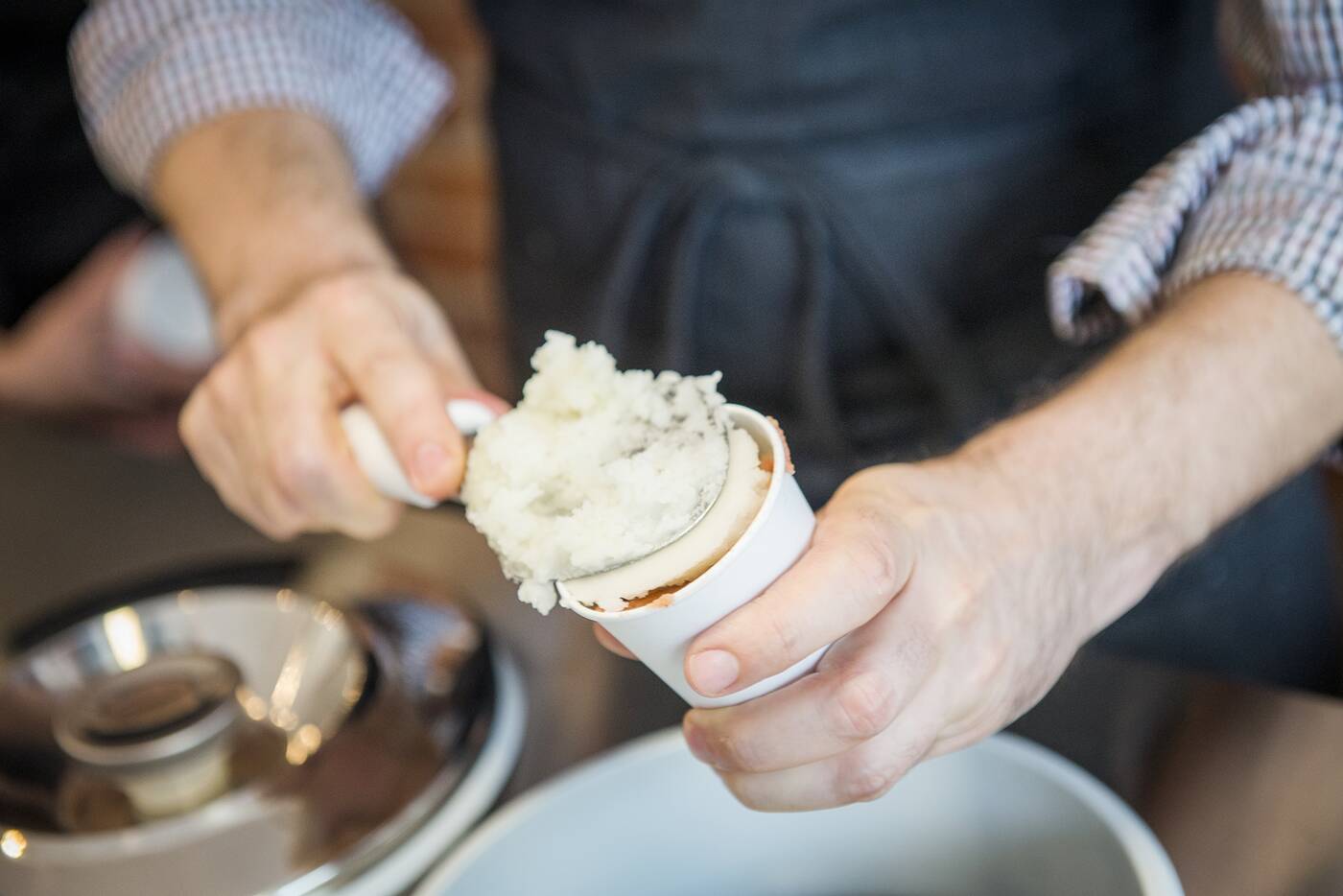 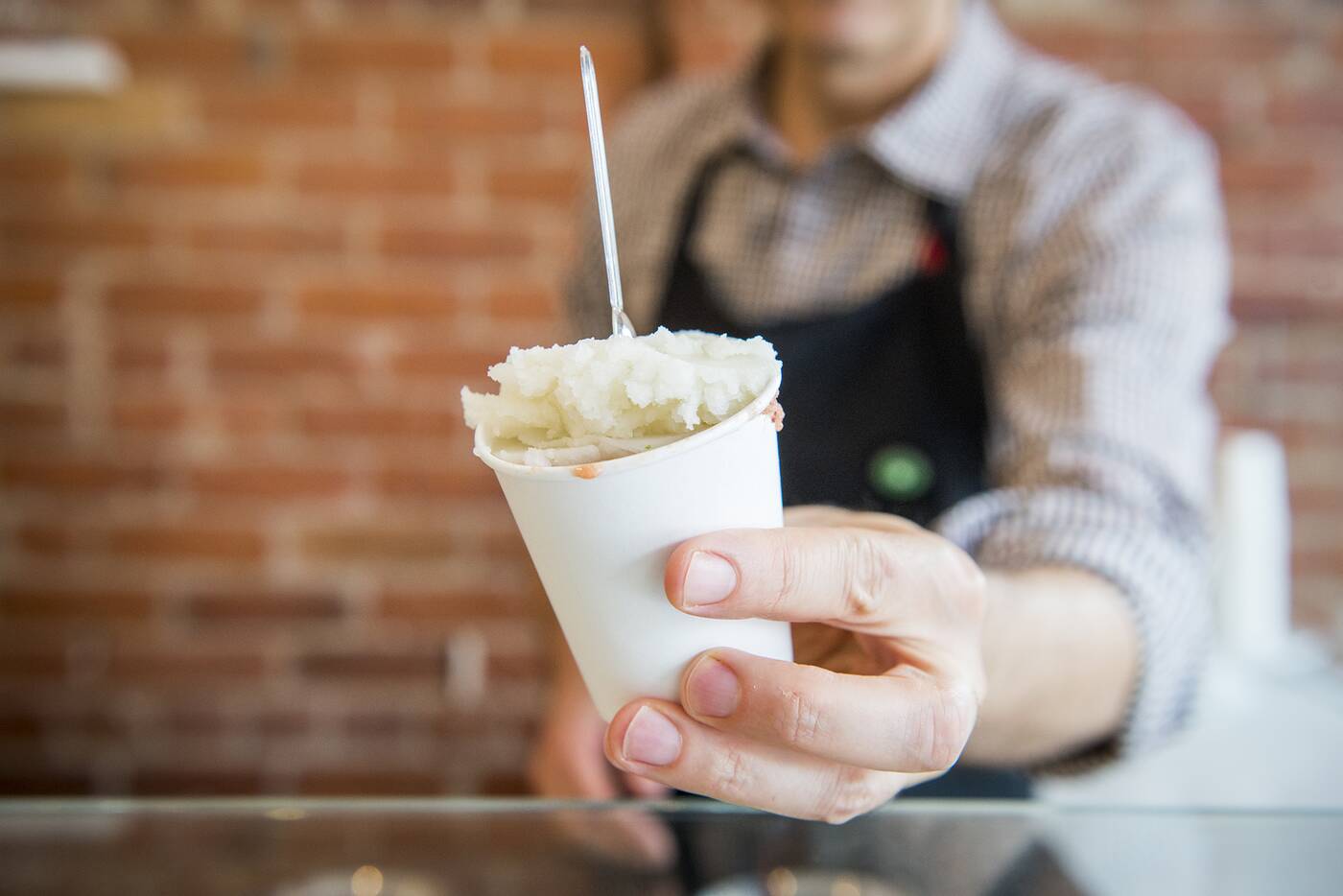 For example, you could combine up to two flavours like cinnamon plum and coconut lime in a piccola size cup ($4). 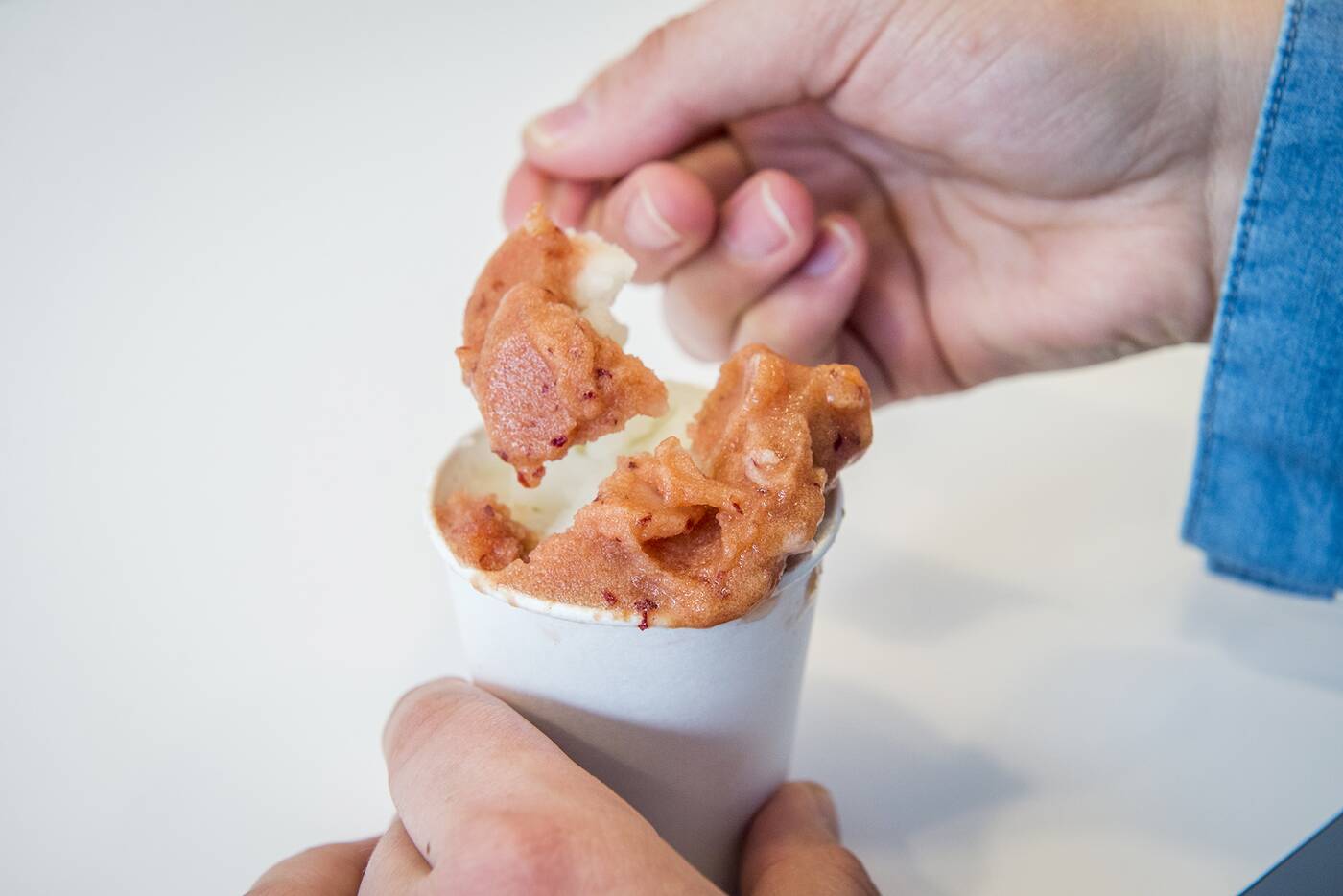 The cinnamon plum has a really rounded spice flavour, and the coconut lime is a familiarly tropical combo that might not be expected at an Italian ice shop. The ice provides a really clean backdrop for the fruit flavour to stand out against. 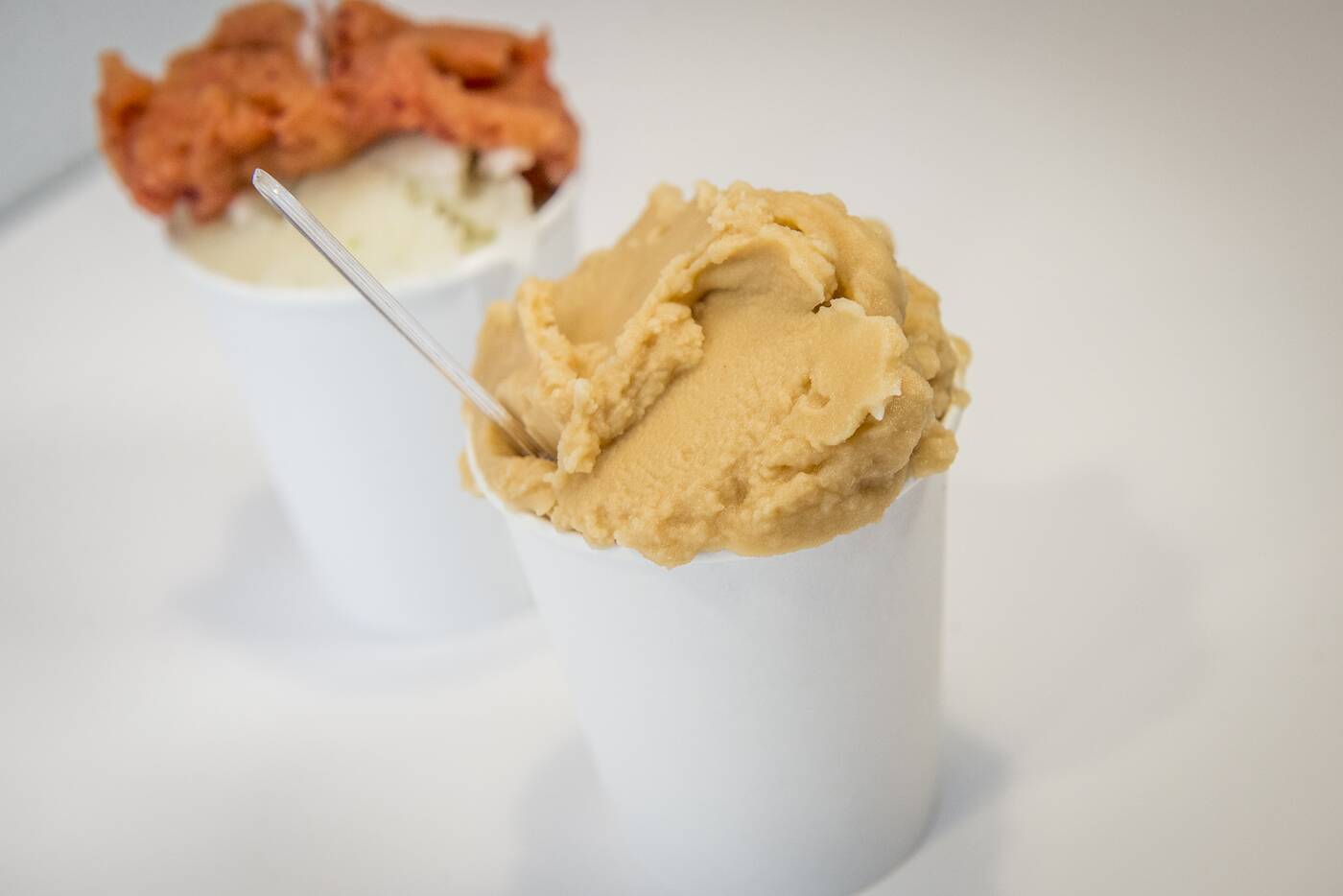 We also try a cup of masala chai granita on its own. 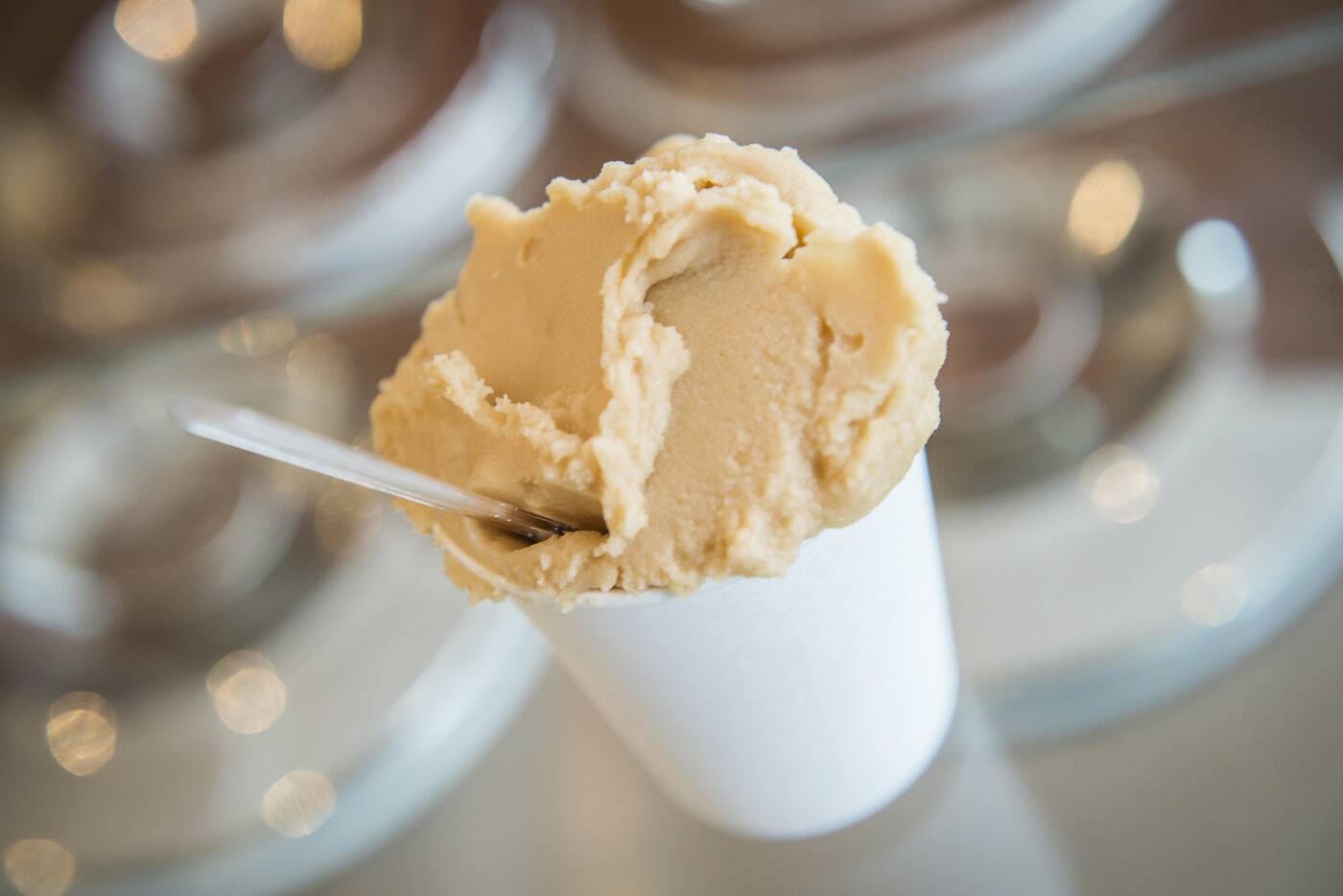 The thick ice has a nice tea flavour to it, and I’d be interested to see how it might combine with the final granita flavour on offer, wild blueberry lemon. 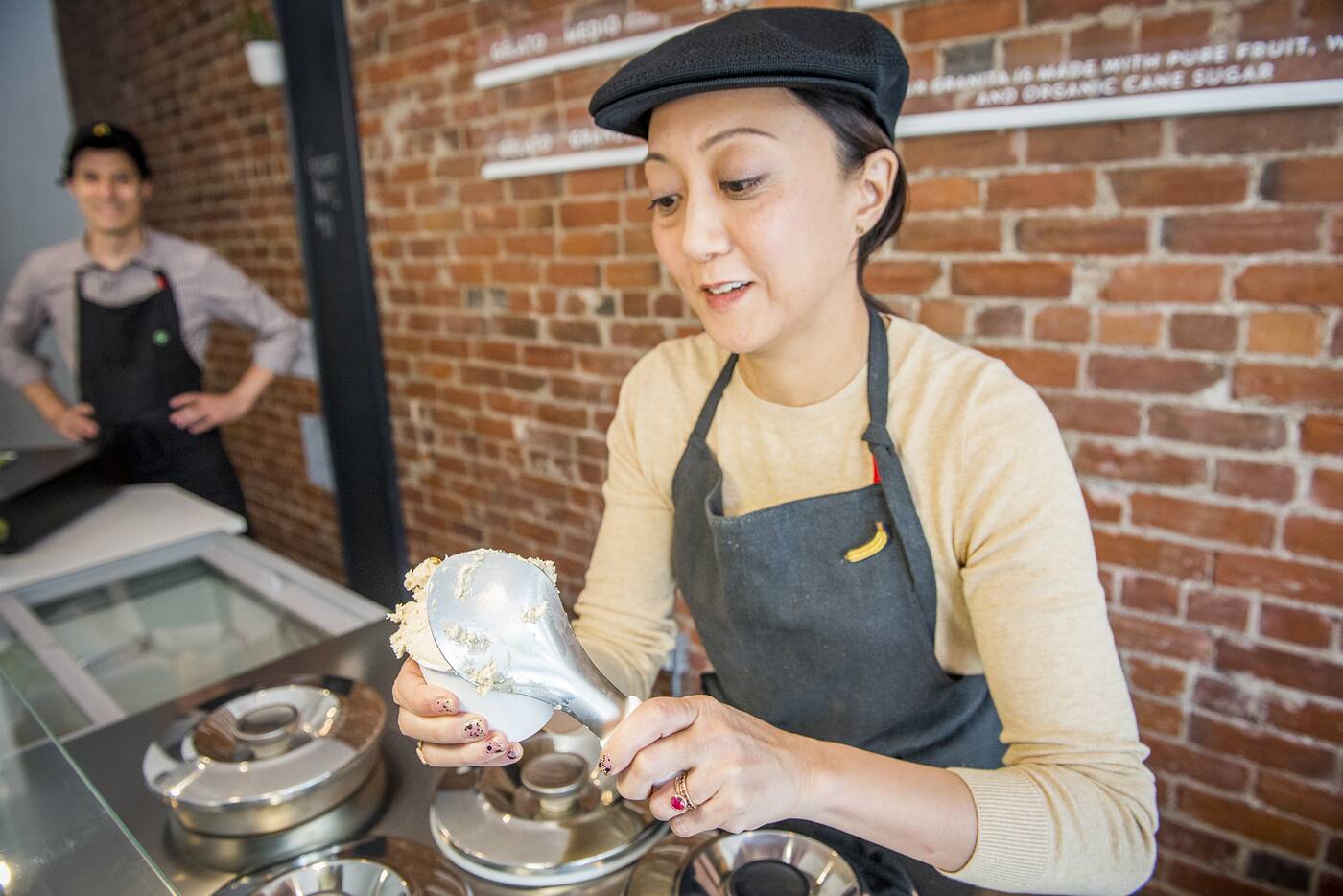 Futura’s gelato is all natural, too. They actually have to keep two freezers in one unit behind the counter to keep the granita and gelato at different temperatures. 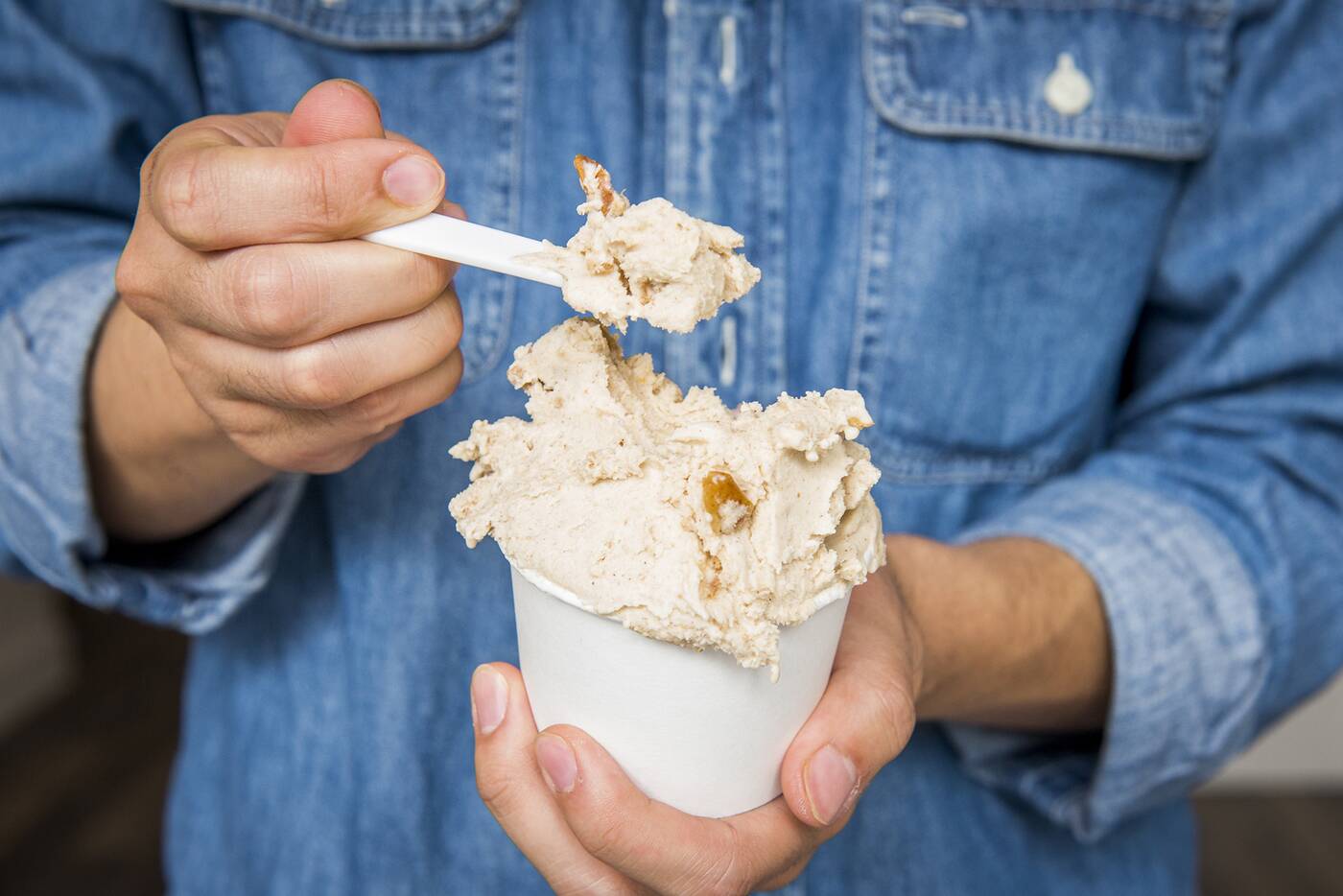 A piccolo gelato ($4) also allows you to combine two flavours if you wish, and we go with more conservative but excellently fruity strawberry and a more exotic, incredibly full-bodied roasted pear. 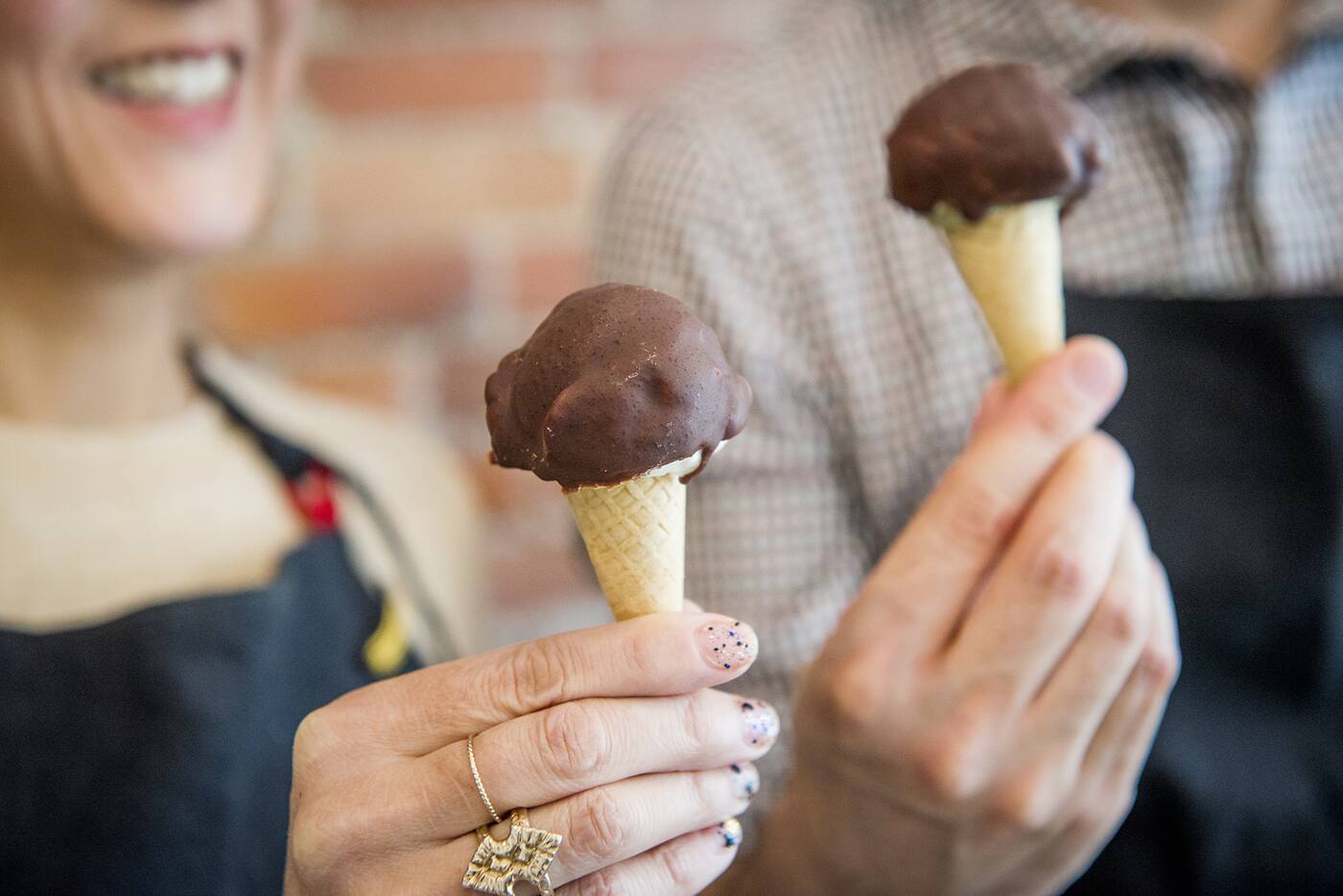 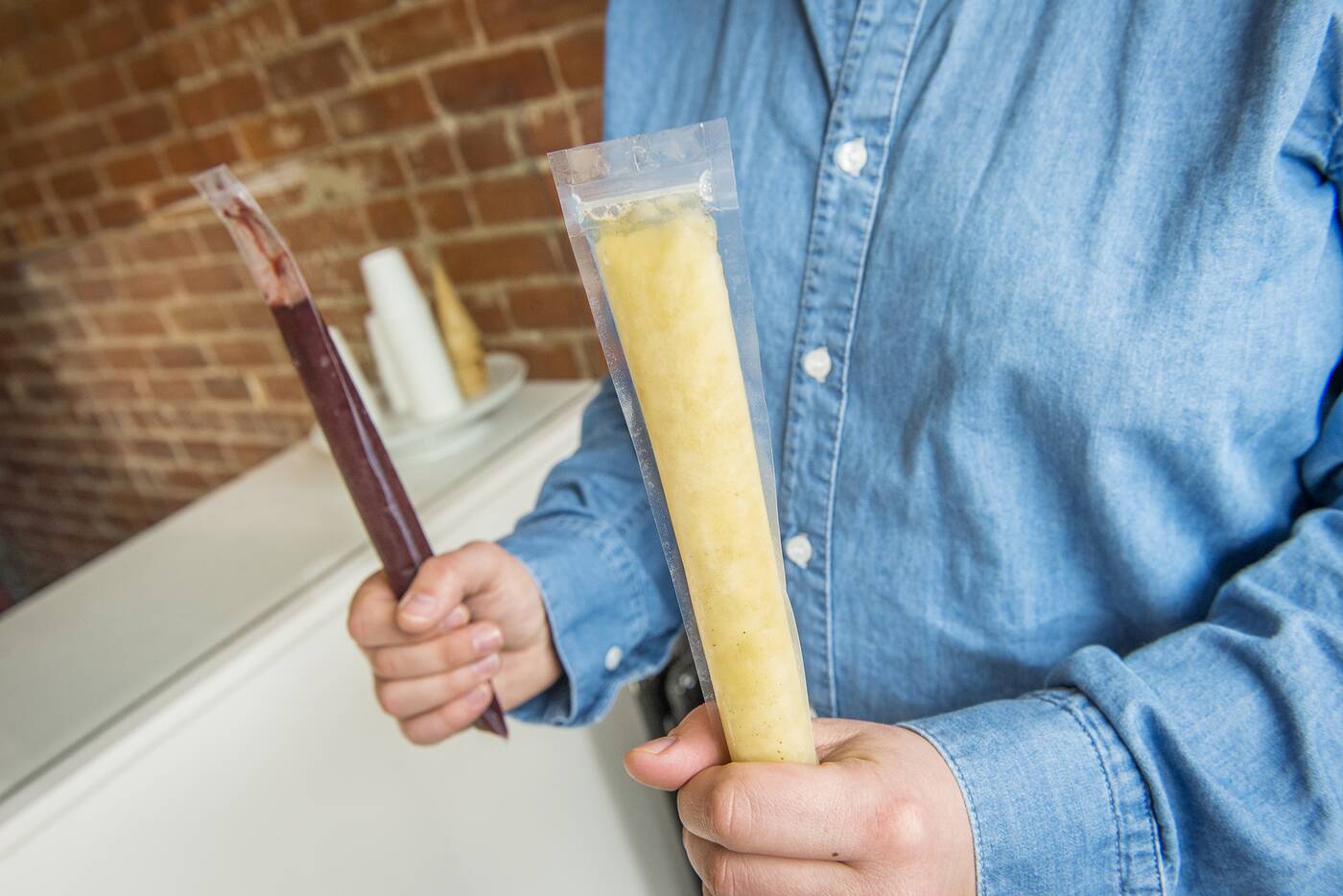 They also make their own freeze pops ($3.25) in flavours like pineapple mint and cherry lime. 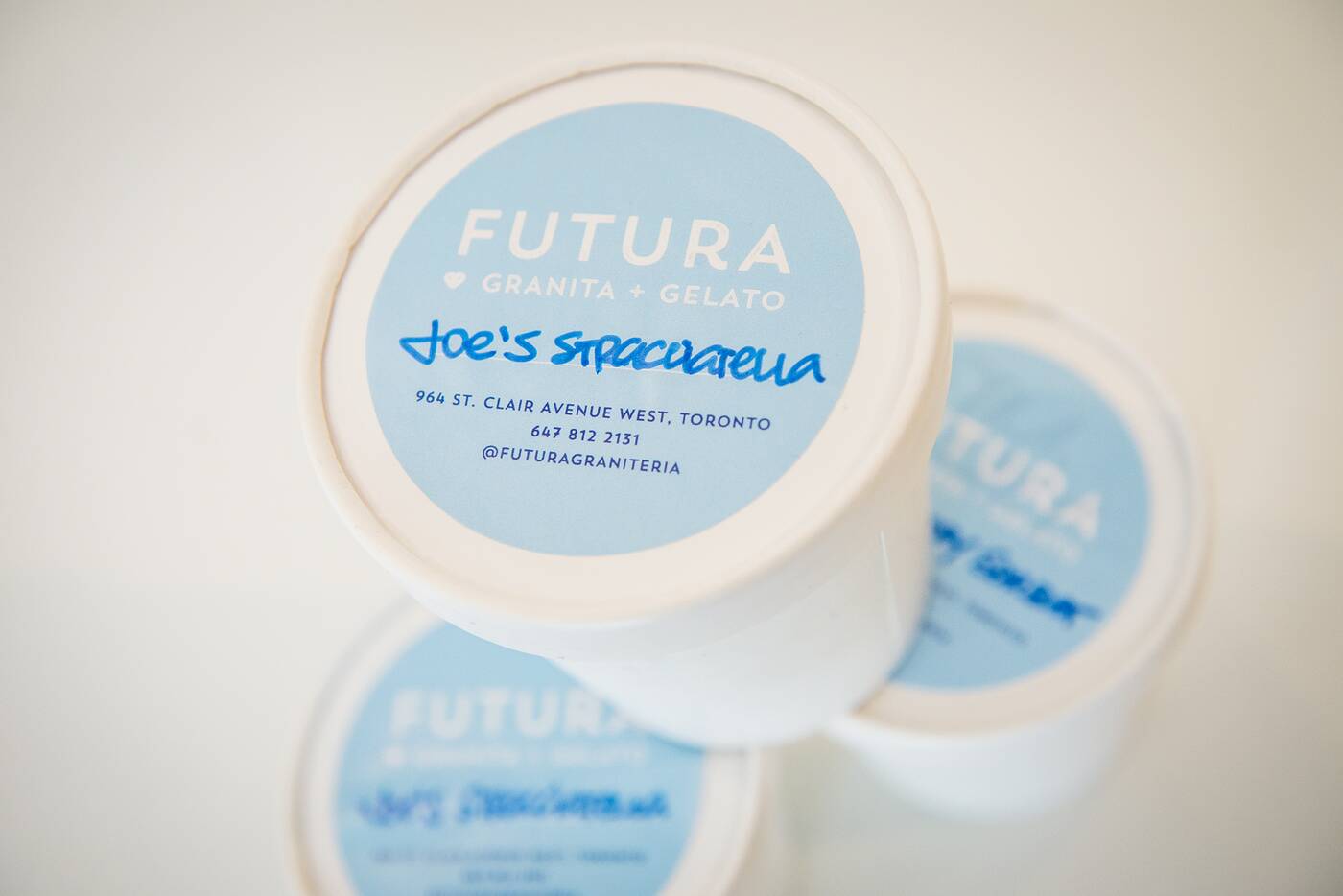 If you leave absolutely addicted like I did, pints of gelato are available for $11. 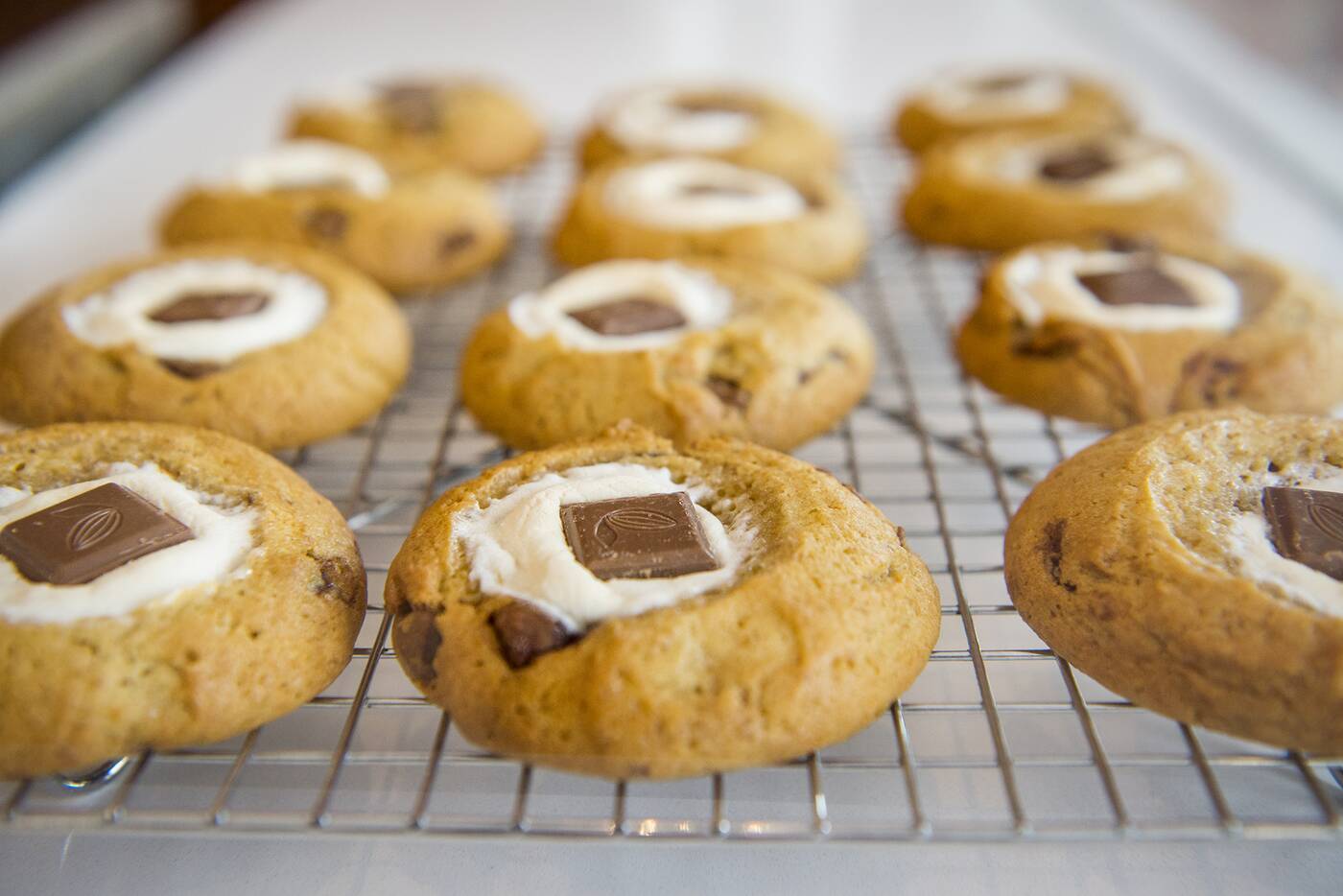 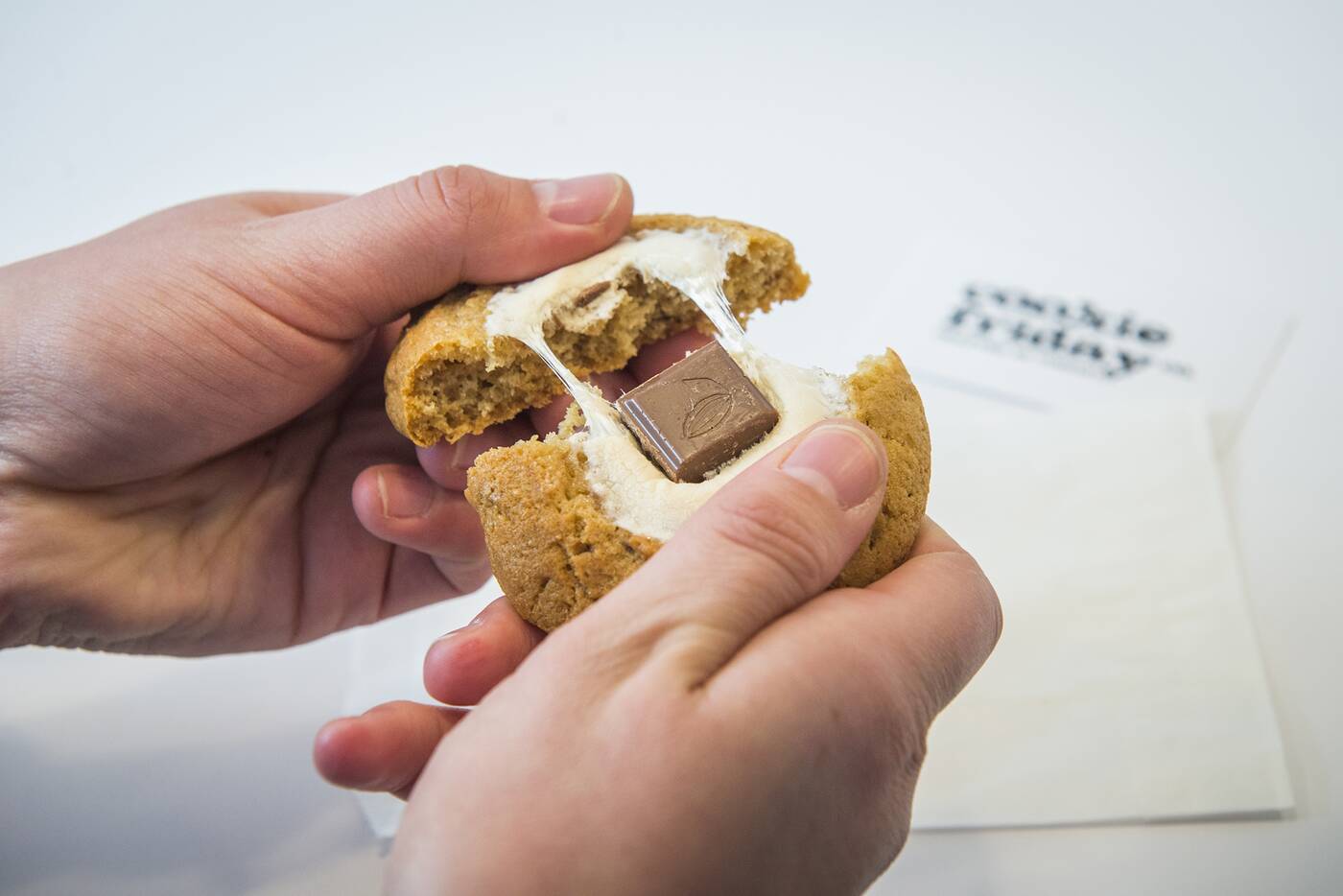 A s’mores flavour is moist and gooey. 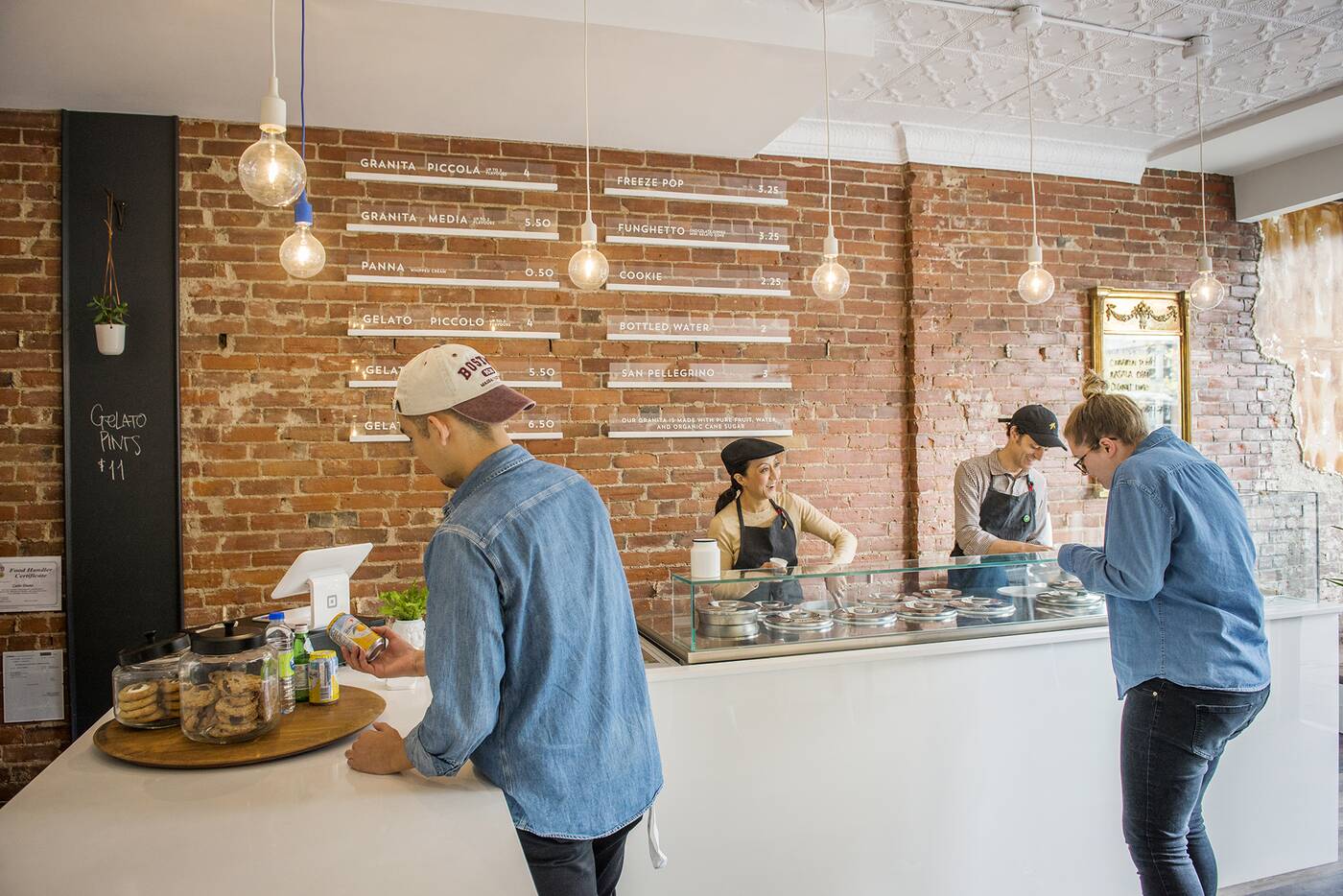 In southern Italy, where Diano’s family is from, granita is eaten near constantly during hot summers, with espresso and brioche for breakfast and as a way to cool down after lunch and dinner. By Italian standards it’s already melting by the time you start eating it, so it’s actually perfect for our cooler Canadian temperatures. 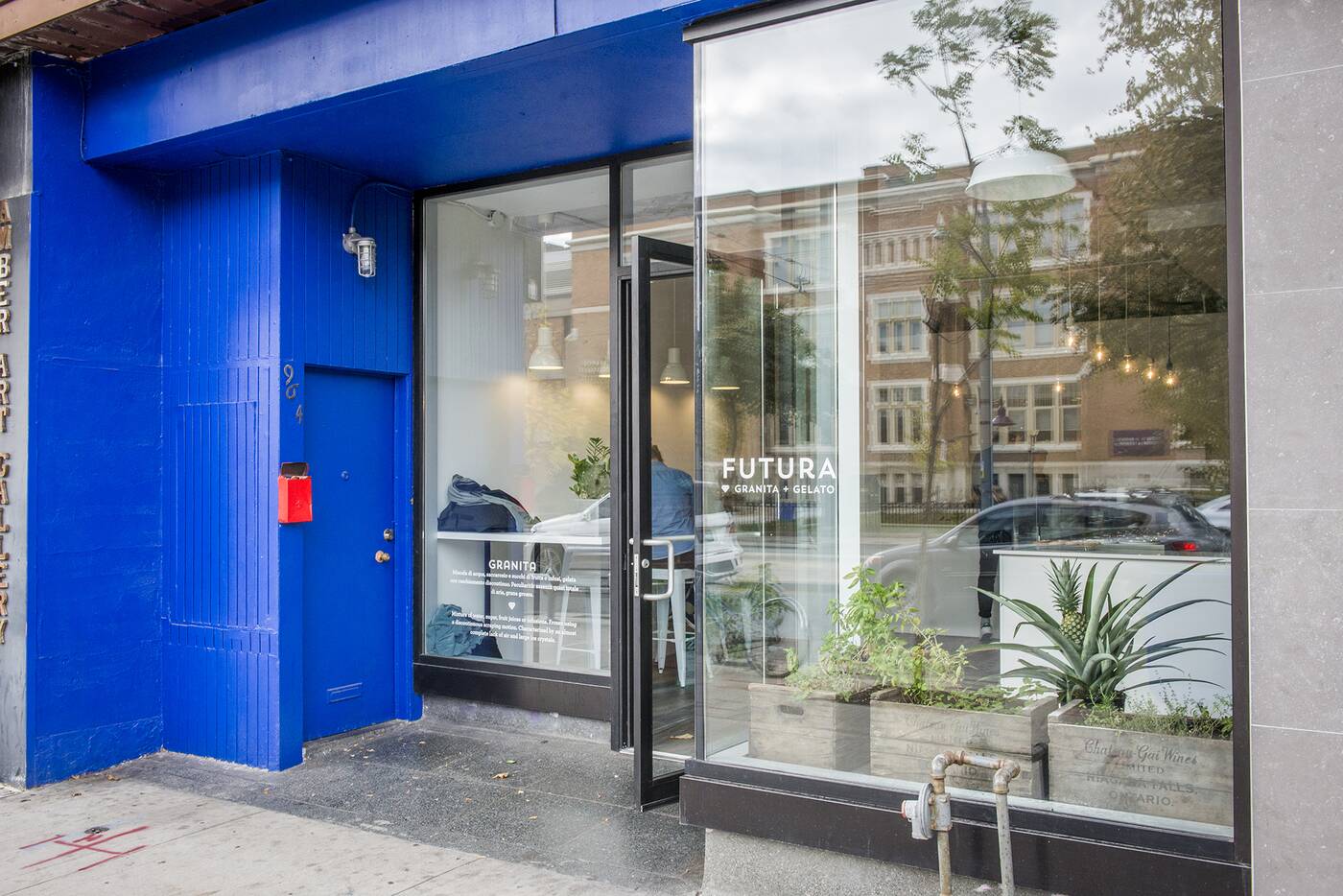