Flaming Bull is the first North American outpost for the Taiwanese restaurant chain originating in Taichung City. The restaurant claims it's most popular for its beef noodle soup, but perhaps its most unique quality is that it presents Taiwanese dishes in the style of a European tasting menu.

It's a sleek but welcoming restaurant that I'm told follows a similar aesthetic to the Asian outposts. Natural wood textures and white stones are incorporated into the design, and the seating at long upholstered benches is quite comfortable. 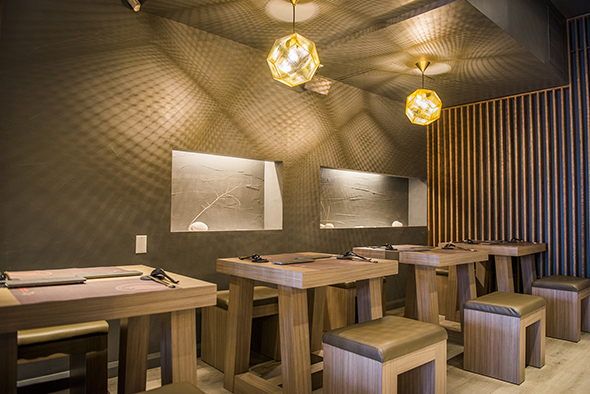 Most dishes are available a la carte, but the main attraction on the menu is two multi-course tasting menus offering a choice of a seven courses for $66 per person or four courses for $38. 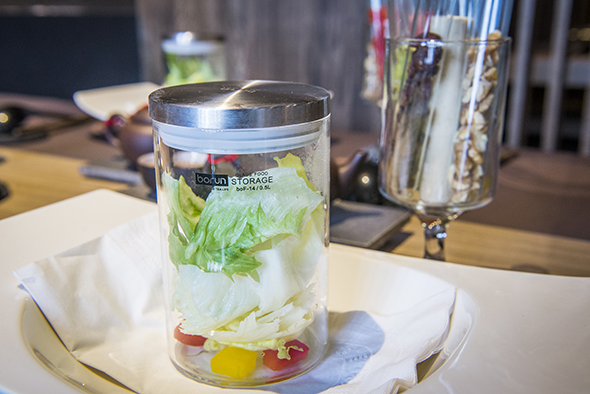 For the full effect we commit to the whole seven courses and are promptly served the Shake N Shake salad, a vessel of lettuce with beakers of corn kernels, chopped tomatoes,walnuts, raisins, kiwi, and a creamy sesame dressing. The idea is to add what you like into the jar (meaning I can totally avoid the kiwi) then shake it up and pour it out onto the plate. 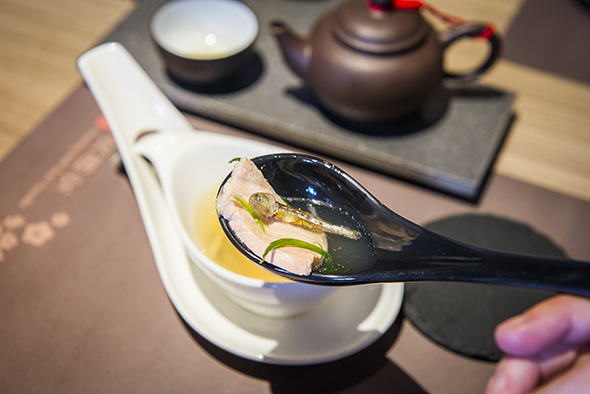 Next, the chili salmon soup, a golden broth swimming with tender flakey fish and salty dried pond smelts. The taste is quite fishy and likely won't appeal to everyone, but I find it quite comforting. 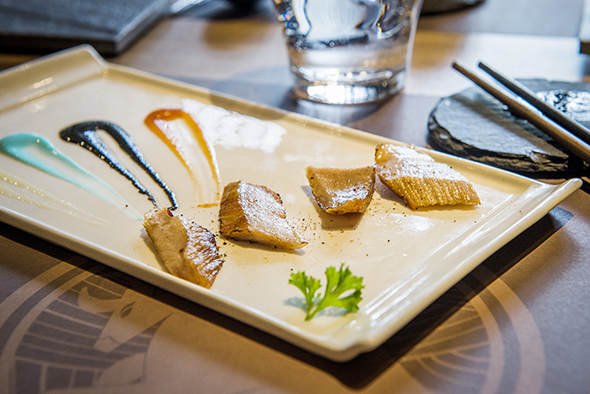 The Matsusaka pork shoulder is playfully presented; four char-grilled morsels of meat alongside four swooshes of secret sauces that offer sour, sweet, bitter and spicy flavours. I don't like them all. The sweet blue one smacks of Curacao, which is a flavour I've never considered pairing with pork. Still, it's fun to eat and note how each swoosh complements or contrasts with a single meat. 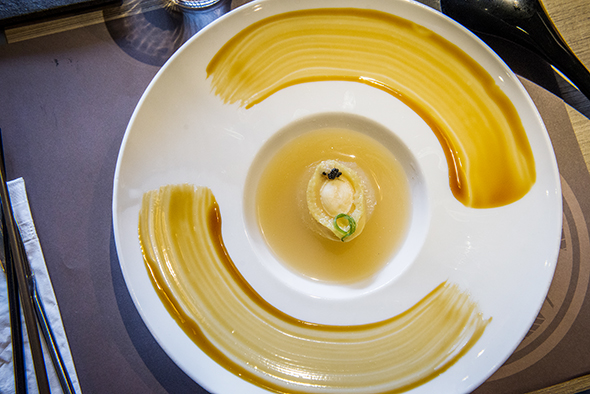 Abalone topped sparingly with caviar and winter melon swimming in a chicken and ham stock is an especially salty dish. The abalone and its delightful clam-like texture tastes like sea water as expected, but then the soup is aggressively seasoned too so the compounded effect has me guzzling the rest of my tea. 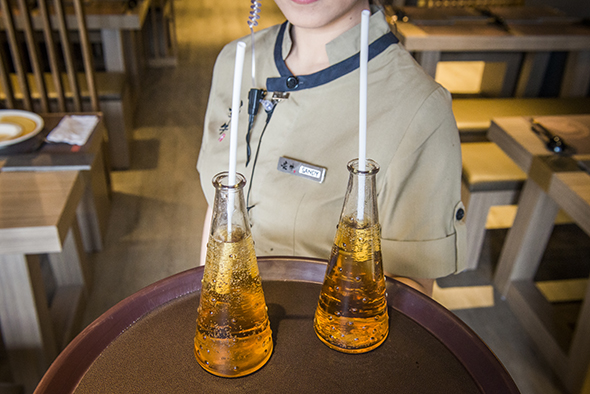 Knowingly, they bring us sweet sparkling apple cider next. 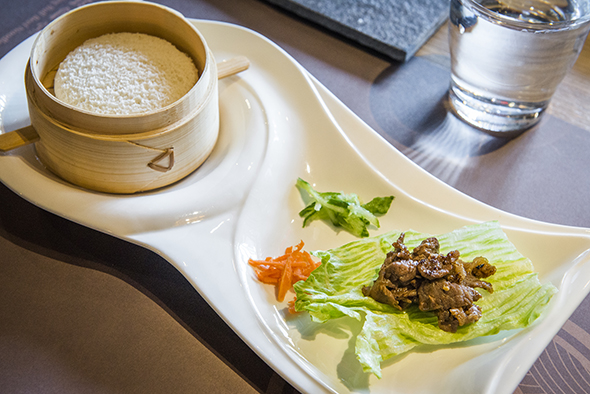 Then there's steamed toast with a single serving of minced beef or pork with lettuce, shredded carrots and cucumber. 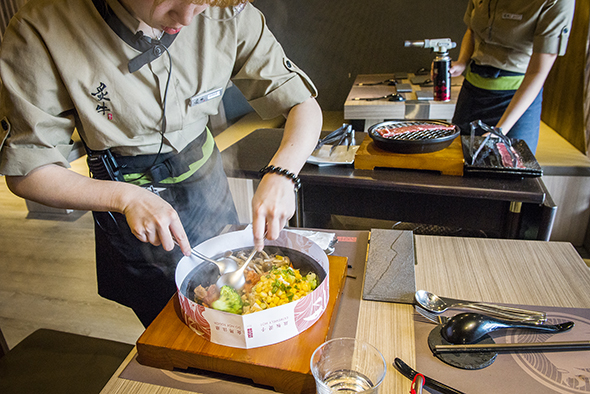 When we finally arrive at the mains, there's a choice of entree from a list of soups and rice dishes. I opt for the signature beef noodle soup which is rolled over on a cart. 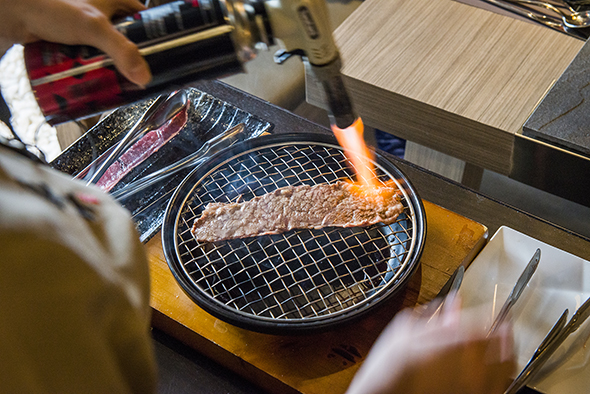 Thin slices of prime rib that ultimately land in the soup are torched at the table and gently laid over udon-like noodles in a bowl with massive but tender chunks of braised beef shank and a medley of vegetables. 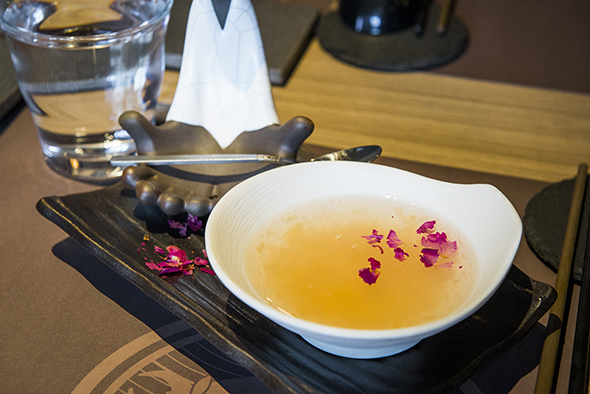 There's two desserts included in the large tasting menu, kicking off with a white tremella mushroom soup. I don't know what to expect by the description, but it tastes kind of like bubble tea with sweet jellies floating through-out. 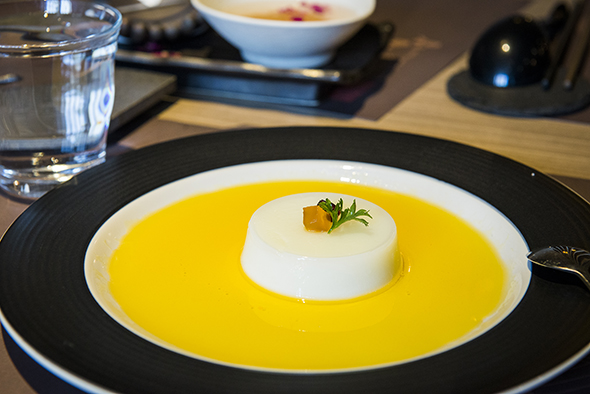 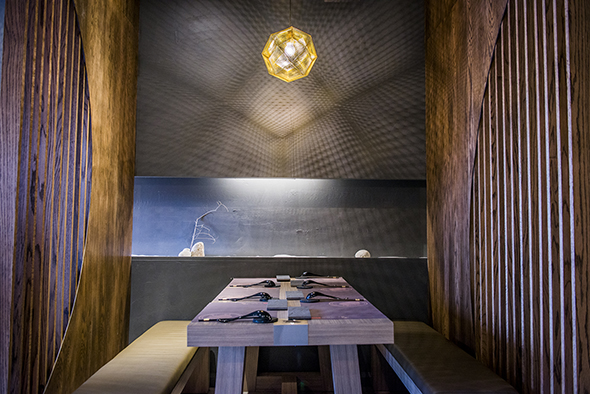 Despite the quick service, it feels like we've been here for hours - I probably wouldn't do the tasting menu again (it's just too much soup and too much time), but having done it once, I know what I'd order a la carte next time. That beef noodle soup really was good. 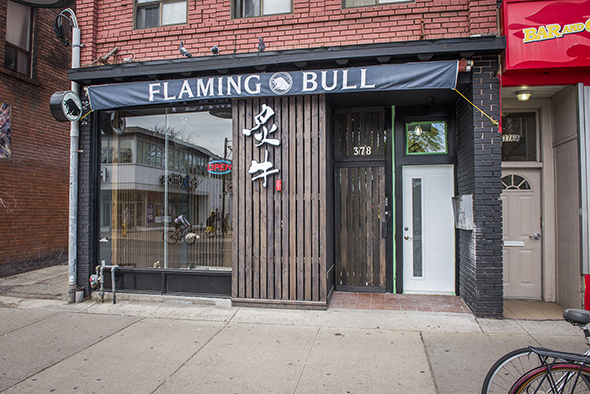