The Daughter is the offspring of Farmhouse Tavern , situated just across the street and over a little on Dupont. Owner Darcy MacDonell was motivated to expand by a creative itch and the desire to capture some of the overflow from the popular original location.

The style inside dispenses from the rustic vibe of its progenitor, in favour of a more modern and urban approach. While the business model is similar, the differences are literally black and white: Farmhouse's daily-specials chalkboards are out, and whiteboard paint serving the same function is in. Sleek furnishings and soft-hued colours fill out the room while agricultural accents make only token appearances. 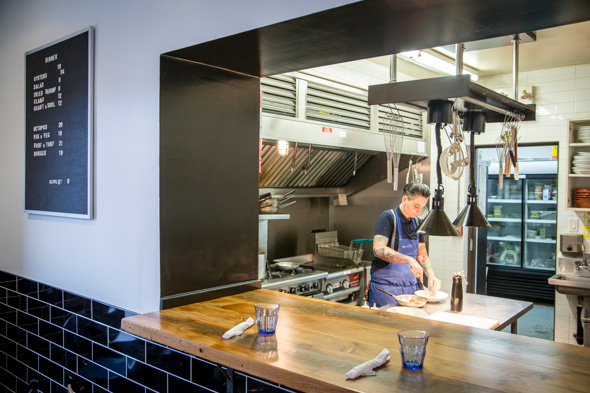 Heading up the kitchen is chef Leonie Lilla, formerly of The Libertine and Momofuku Daisho . Here, she applies a playful lens to a tight line-up of dishes emphasizing seafood over meat. Half the menu is dedicated to ocean fare like fried shrimp ($9), oysters ($18/$34) and octopus ($20), while the other half manages to accommodate vegetarians and devoted meat-eaters craving a burger ($18) or a little surf 'n' turf ($21). 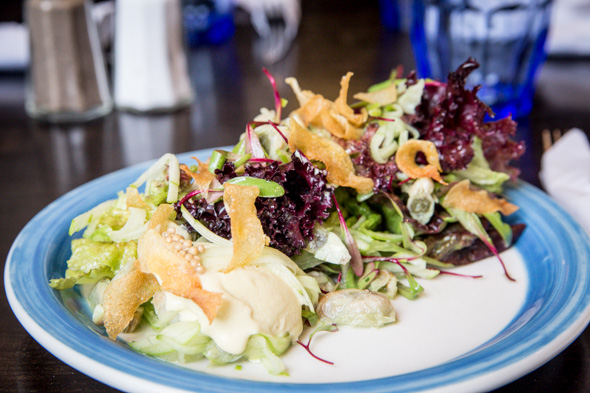 Menu boards hung on walls offer no clues as to what you'll get, and even out-loud descriptions can't brace my taste buds for some of the delightful surprises. For instance, there's steamed clams ($12) served in a cold salad composed of a trio of lettuces and shaved apples tossed in apple basil vinaigrette. Better still, it's the only salad I've ever had that is garnished with with house-fried potato chips and a scoop of ice cream... sweet and creamy mustard ice cream, that is. 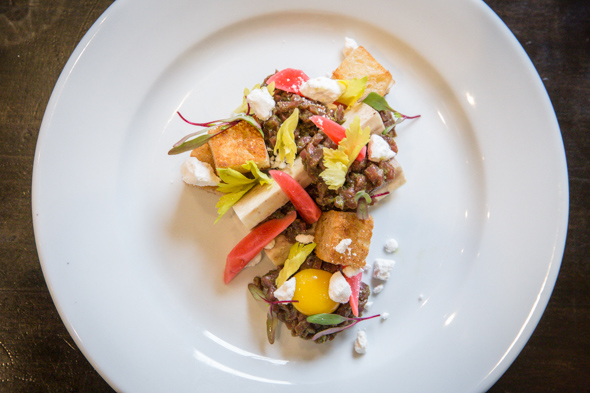 Heart 'n' Soul ($12) is beef heart tartare served in a bone marrow canoe with croutons, pickled radishes and a quail yolk. The classic dish gets a nouveau twist with the addition of marrow pebbles, making use of some modernist wizardry to impart the rich flavours of luscious fat into a powder that melts on my tongue. 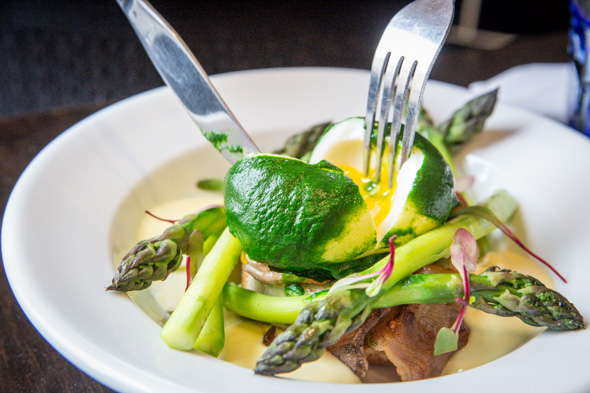 The restaurant will also do weekend brunch; a separate menu lists inventive morning fare like yogurt salad ($11) and frog waffles ($13). I tried out the oeuf mollet ($12), a soft egg set over asparagus swimming in deliciously silky - and, somehow, butterless - hollandaise. 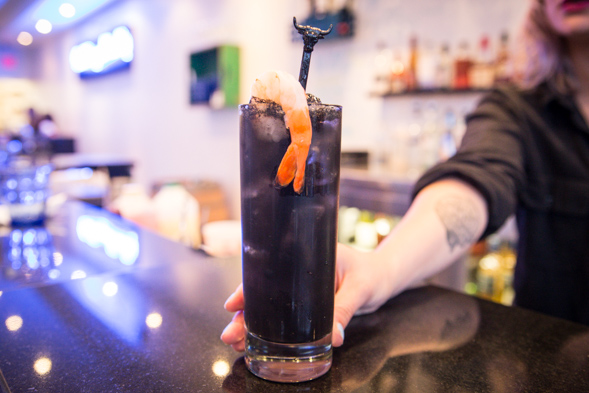 The bar menu, scrawled on those dry-erase walls, and offers about a half dozen cocktails like an apple rhubarb punch ($10) and black caesar ($10) made with horseradish vodka and coloured with squid ink. Wine bottles on display include Farmhouse Tavern's own Pinot Grigio ($10/glass or $45/bottle), plus some choice international selections. Beau's is on tap, soon to be joined by a house beer currently in the works from the Junction Craft Brewery. 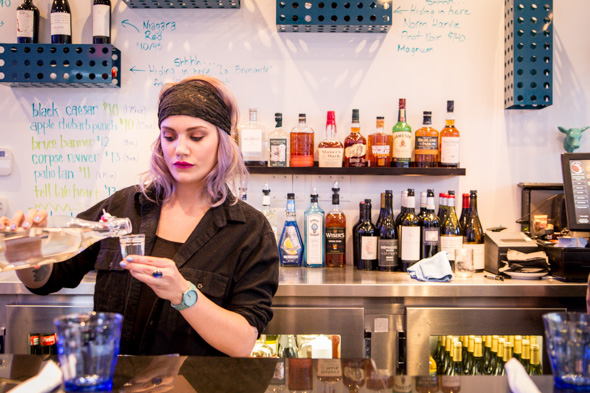 The Daughter is currently open Thursdays and Fridays at 5:30pm for dinner and on the weekends from 10:30am for brunch service followed by dinner. A 40-seat west-facing patio is,slated to open in mere weeks and come fall there is a private dining space in the basement aspires to host Hunt Camp-like supper clubs. Reservations are welcome and advised. 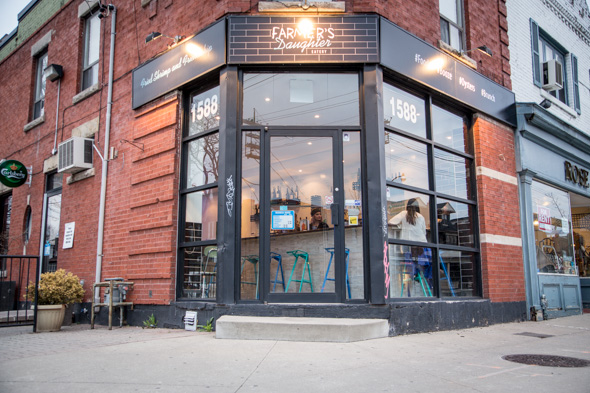