Denny's Toronto needs no introduction. Once a novelty enjoyed on trips south of the border (or to Niagara Falls), the American chain has expanded into the GTA in recent years and has finally come to occupy a downtown address on Dundas at Bay.

Inside, the still sparkling new restaurant is as corporate and generic as I imagined it would be. The booths are indeed comfortable, and the wait staff smiles - so it's got that going for it. It's not the biggest Denny's I've encountered, but even still this place is hardly packed. 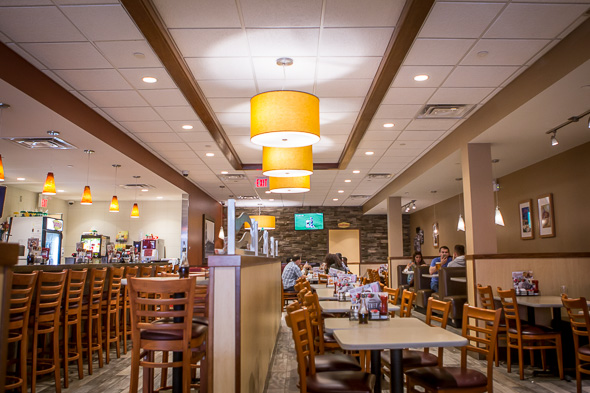 On my recent visit, only a handful of tables are occupied by seniors, students, and tourists - all of whom seem poised to take advantage of the value and predictability that Denny's supposedly provides. 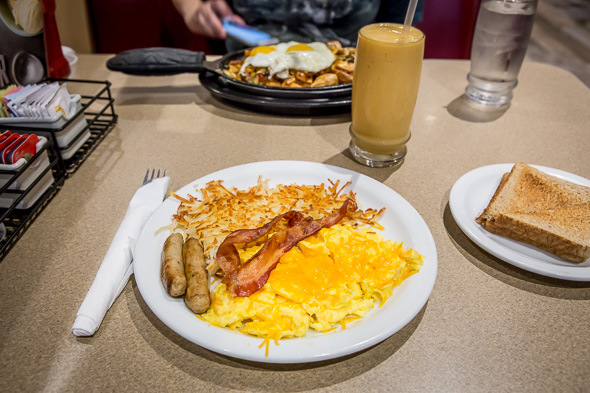 It's not exactly as cheap I as I thought it would be; the signature All-American Slam is priced at $10.99. The platter features dense, rubbery scrambled eggs sprinkled with cheddar, two meagre strips of bacon, a couple sausage links, super salty shredded potatoes (granted they're commendably browned), and a couple slices of buttered toast. 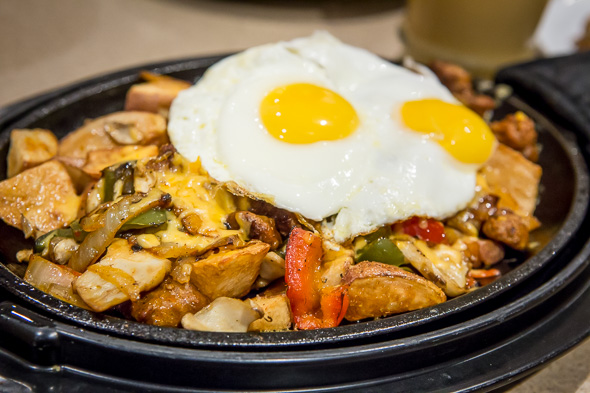 My dining companion is equally unimpressed with the fried eggs topping his Santa Fe Skillet ($10.69), though once he scrapes away the uncooked egg whites surrounding the yolk, it's clear he's made a better selection.

The chunky potatoes are joined by a medley of caramelized onions, sautĂŠed peppers, mushroom, morsels of peppery sausage, and a sprinkling of cheese. 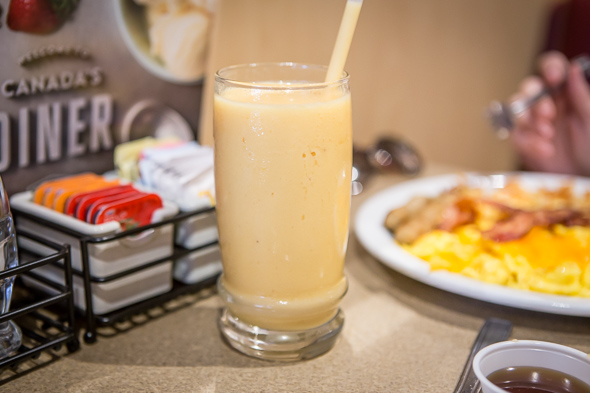 He also has a mango smoothie ($4.59) which is too sweet and too syrupy for my taste - though that 's not entirely unexpected. 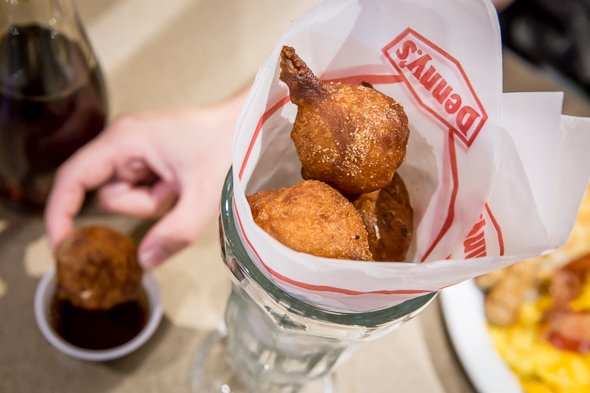 We share an order of pancake puppies ($1.99) too. These prove to be cinnamon sugar dusted doughnut-like balls of pancakes served with a little cup of table syrup. There is nothing wrong with these at all, though in the land of maple syrup, it should be a crime to serve anything but.

So next time you're craving a spectacularly greasy breakfast, should you visit Denny's over local options like Fran's or The Senator nearby?

Only in the following scenarios is Denny's the better option: a.) You're 65+ and want to eat off a discounted menu; b.) It's 5am and you've just gotten off a bus at the nearby terminal and you're too tired to walk more than 30 feet; c.) You are a food writer for blogTO who got to eat at Boulud last week and for the sake of keeping things well-rounded, your editors think it would be a good idea to send you to Denny's. 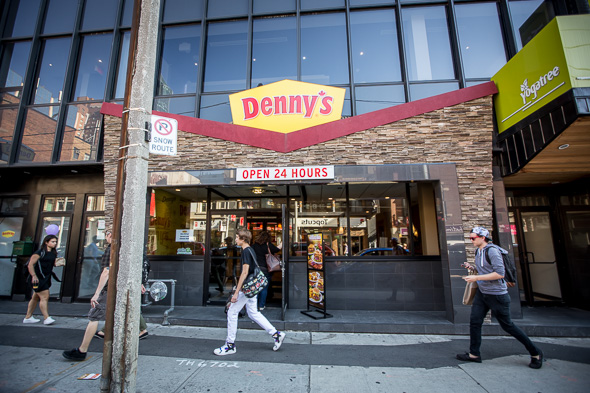