DeePizz is Toronto’s only source for 100% halal certified deep-dish pizza.

But that’s not all: they also do calzones, sandwiches and loaded fries, all completely halal as well. 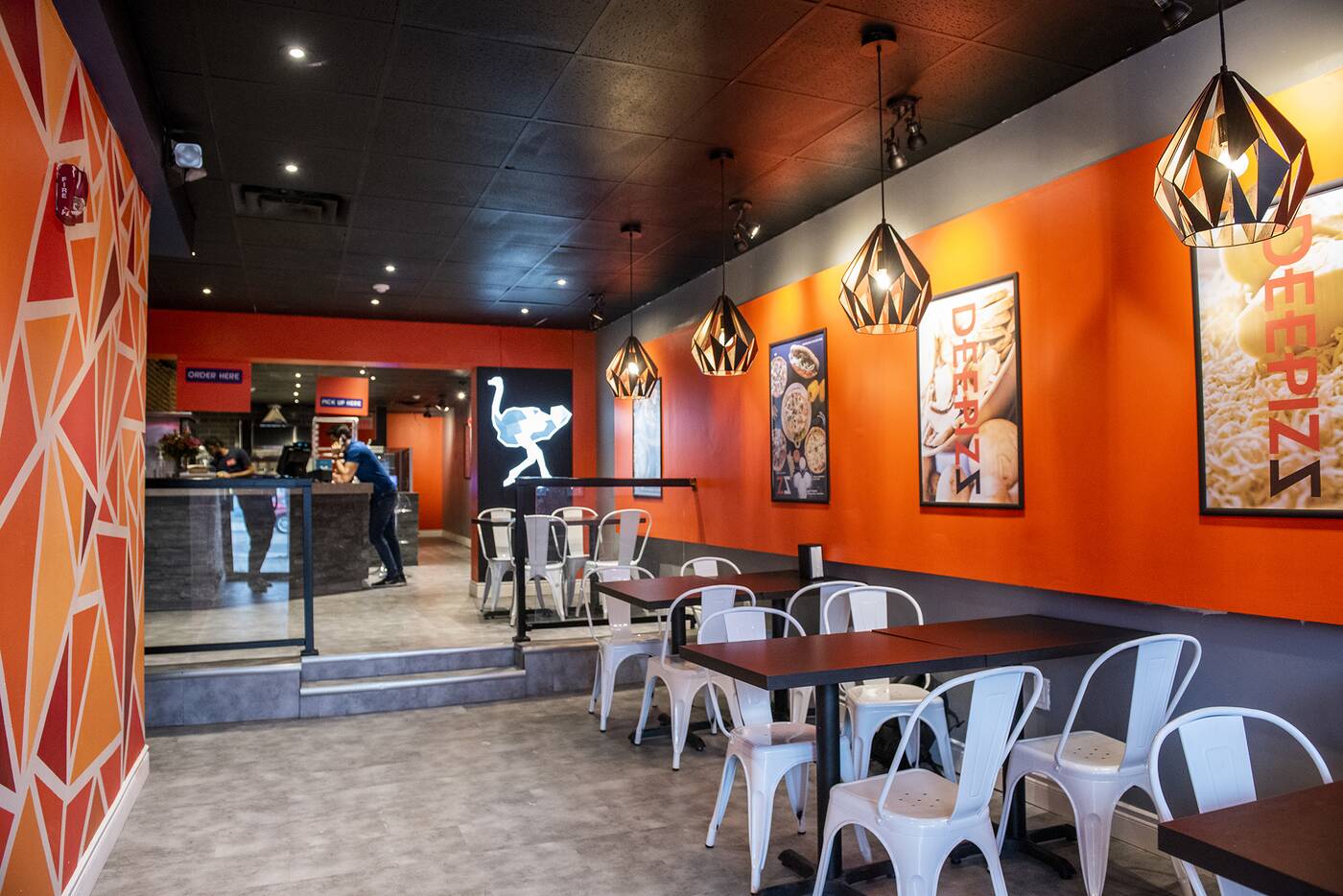 The space was most recently home to Asian project Mukimuki, and before that a Subway. A ground-level seating area gave way to the cash and kitchen area up a small set of steps. 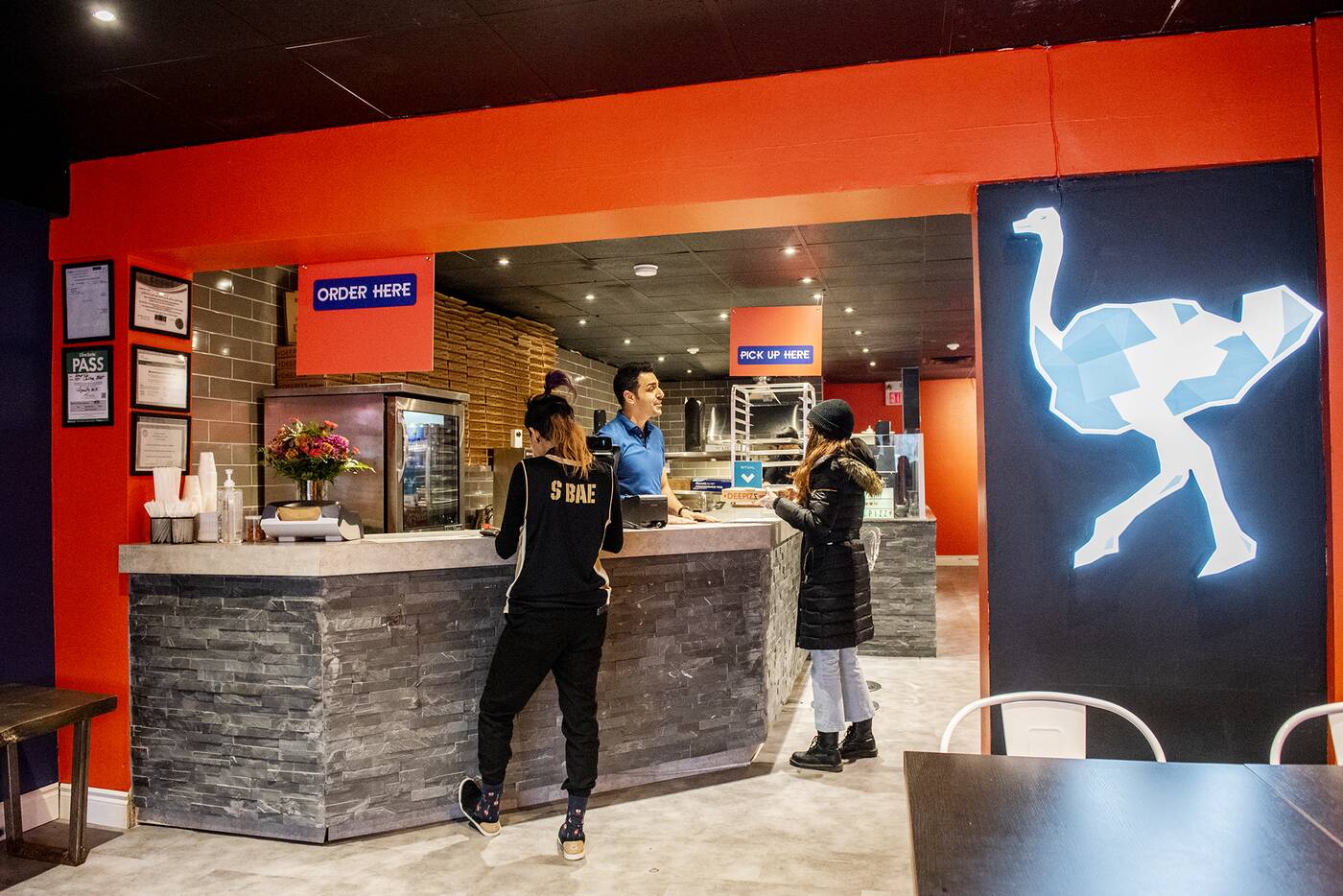 Dough is made fresh each day for same-day use and never frozen, apparently containing a secret ingredient that makes it more flavourful. 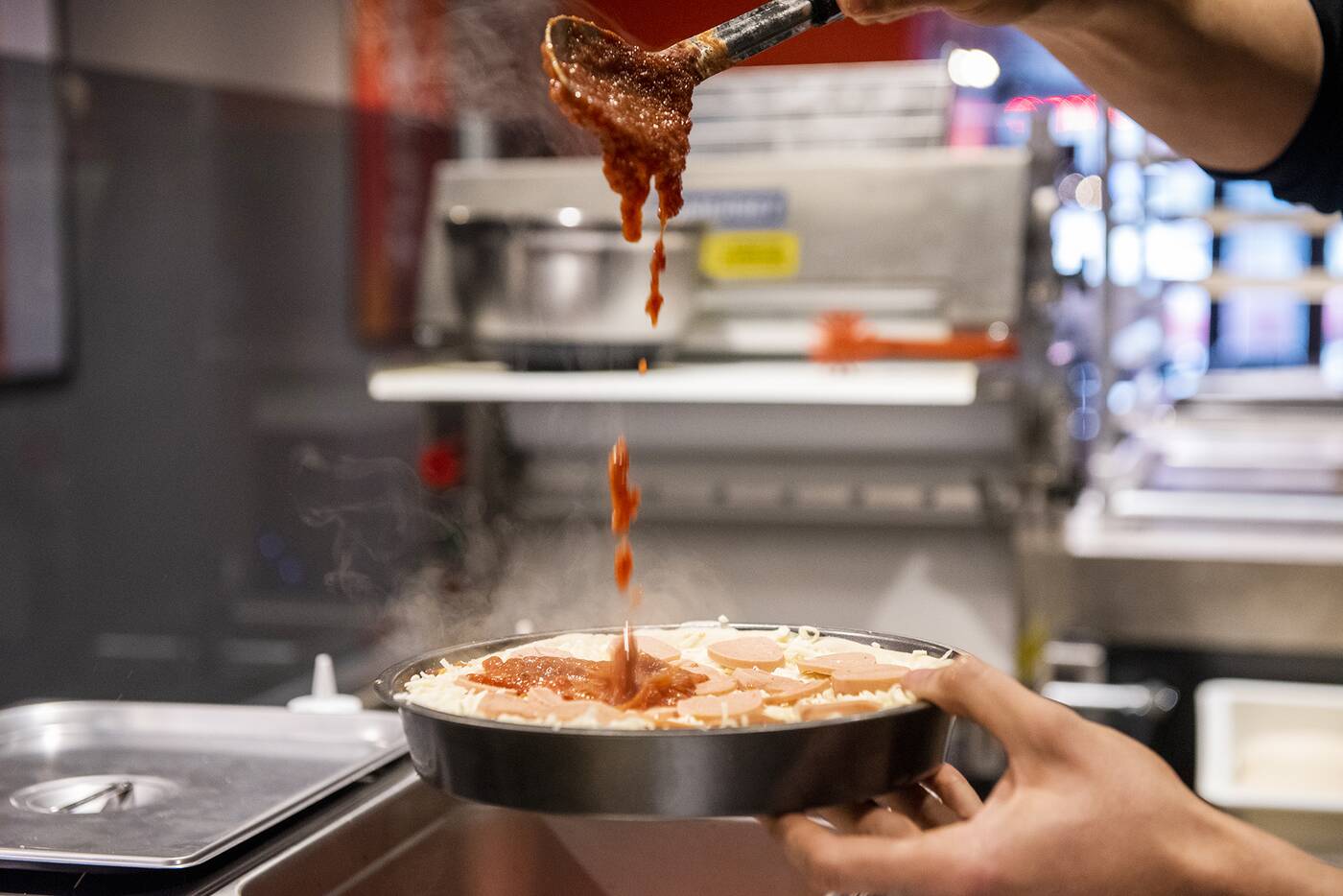 Pies only come in one personal nine-inch size and are all made to order, which takes about seven minutes total—much less time than your average deep dish joint. 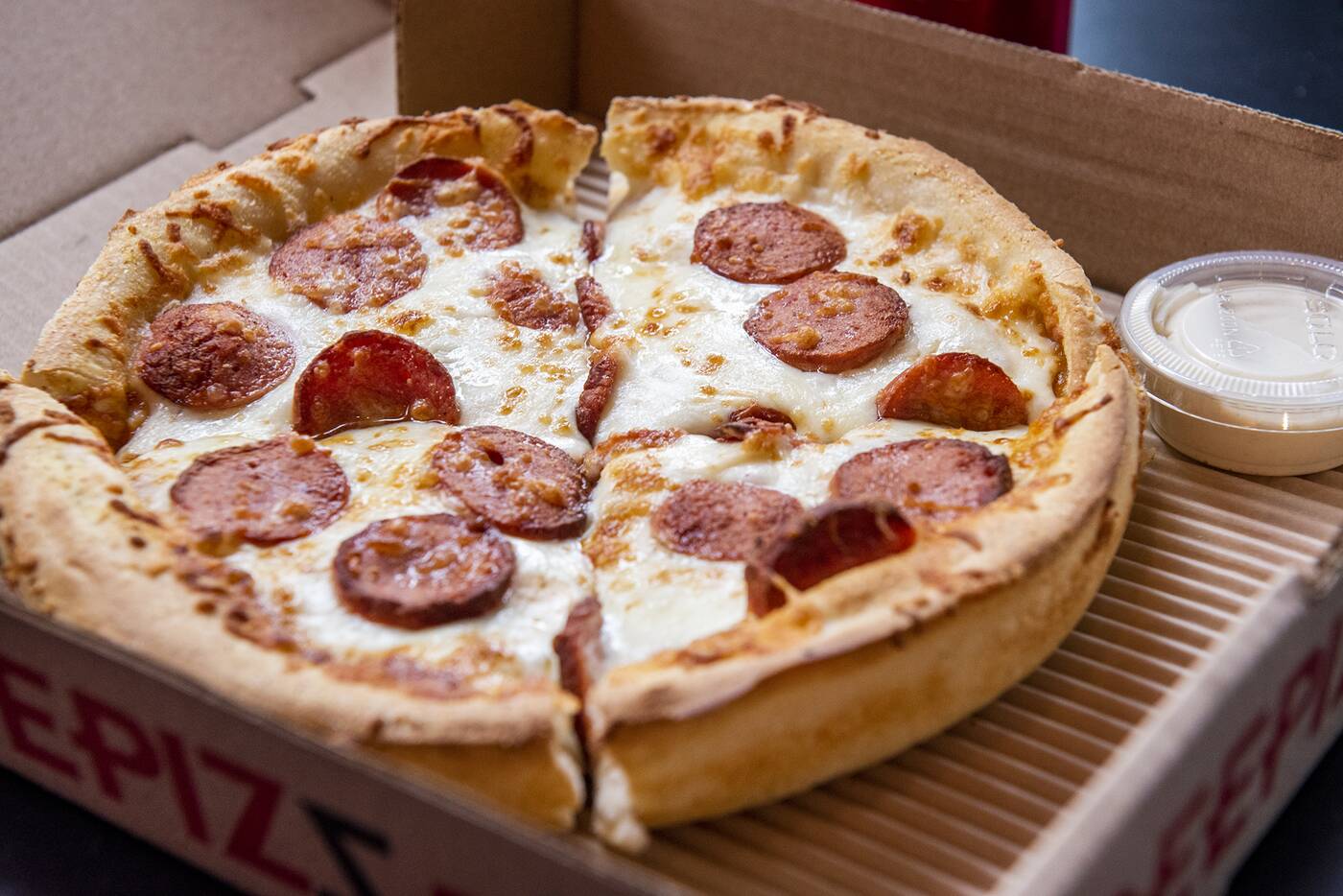 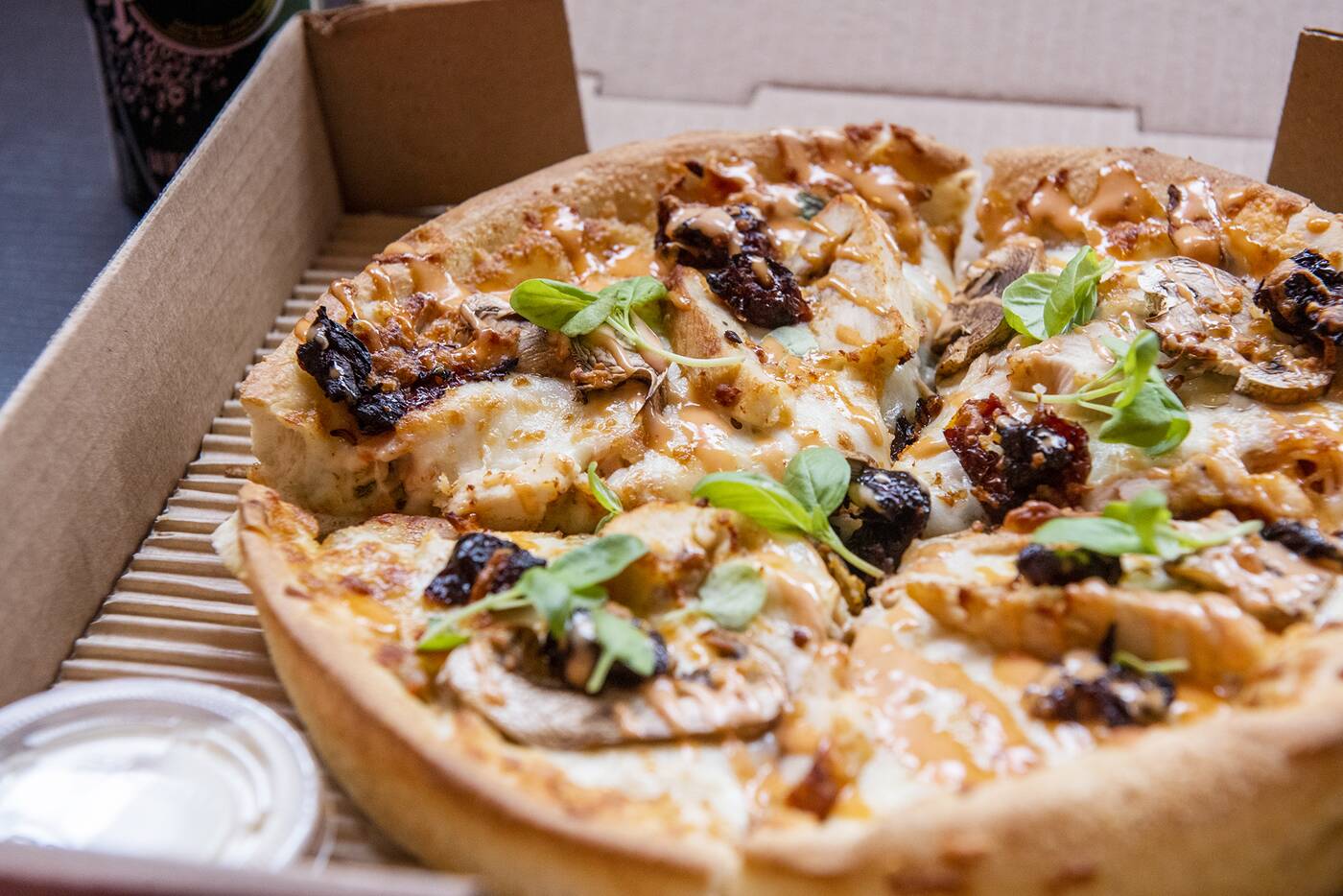 A chicken pesto pie ($13) starts off with a pesto base, which is actually yummy enough that I’d love to see how it tastes on pasta alone. 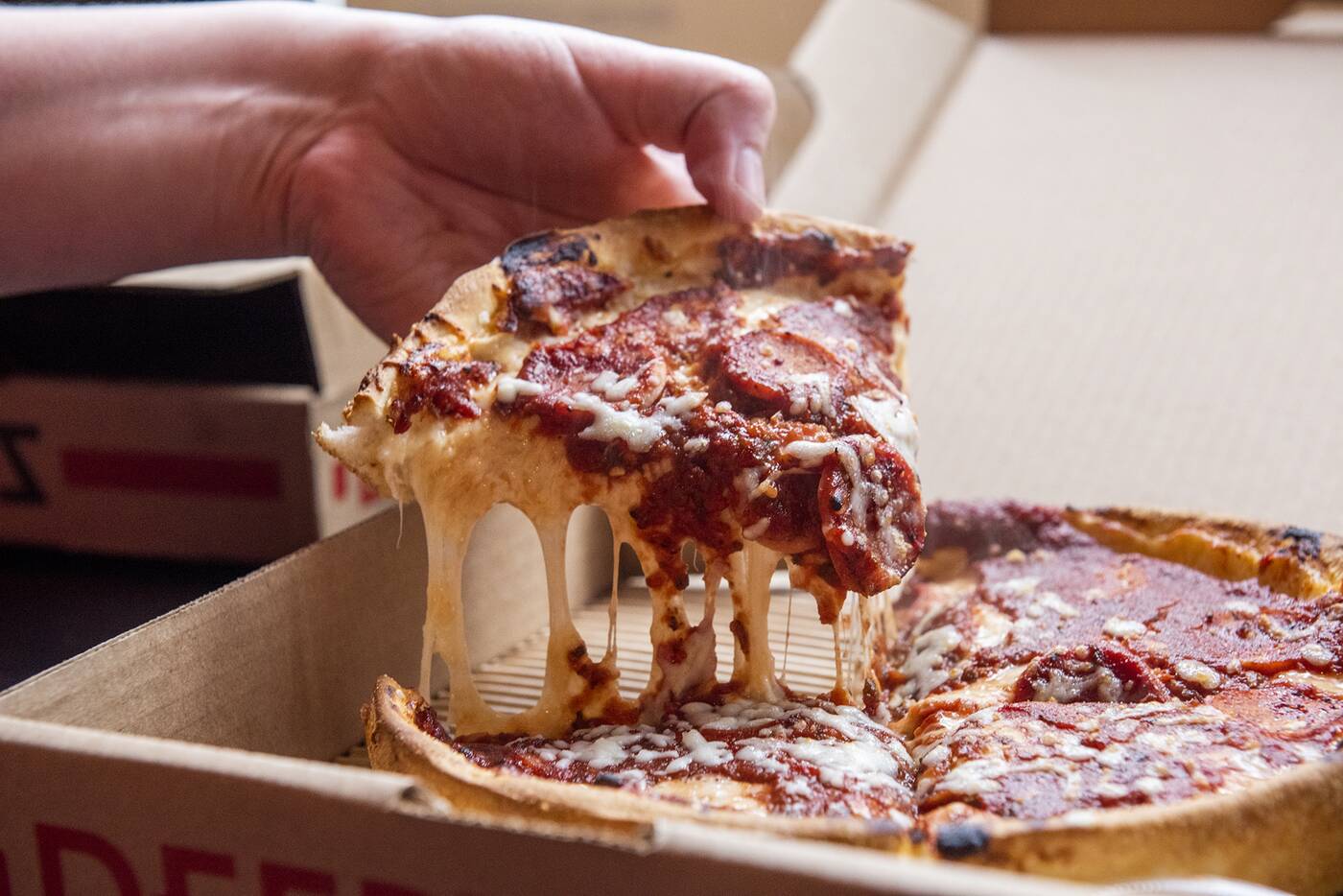 The “Chicago in DeePizz” ($15) is much more saucy than cheese-laden pepperoni or chicken pesto pies, the red sauce thick, fragrant and herby. There’s still a decent amount of mozzarella and beef pepperoni, the crust sturdy enough to stand up to the sauce. 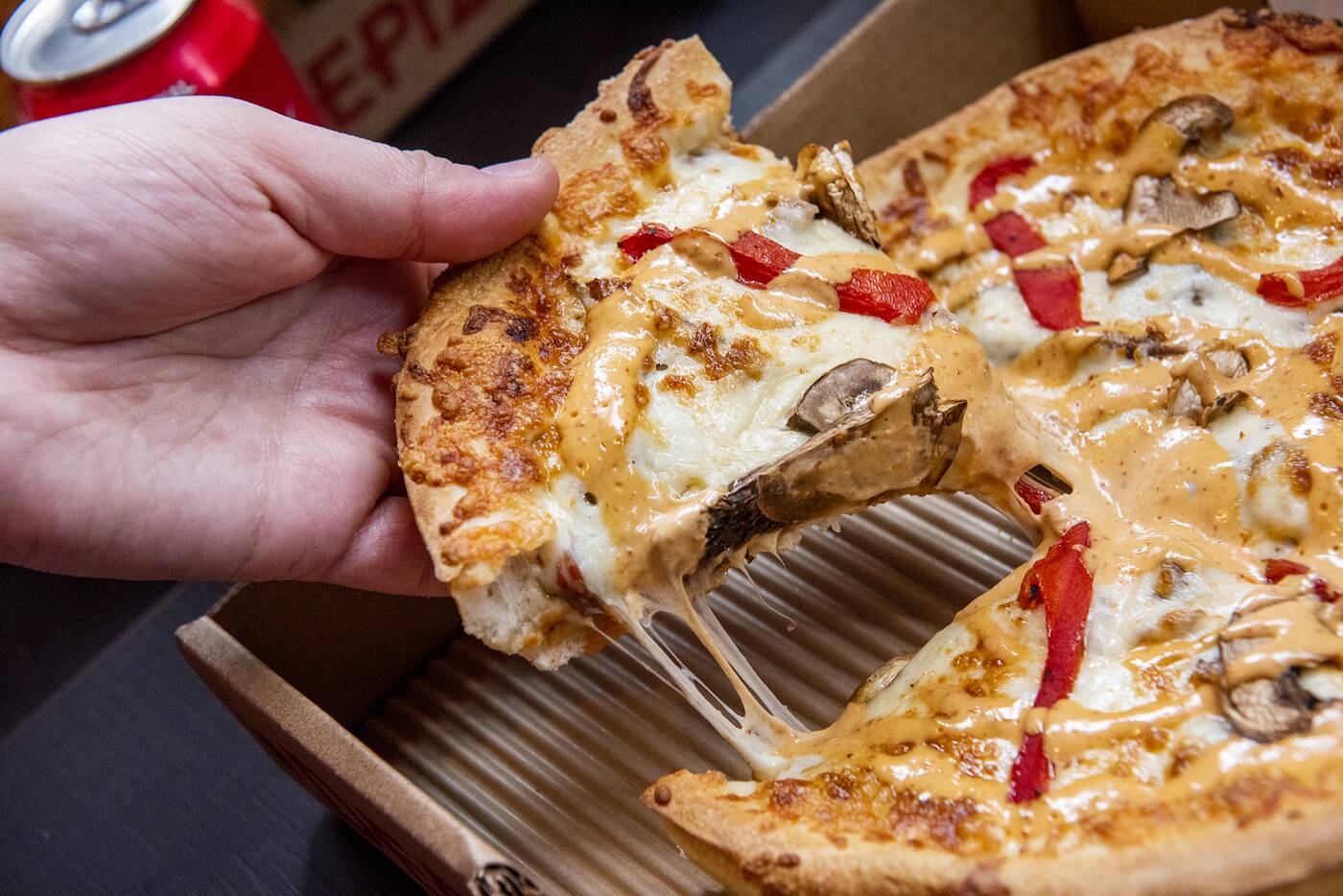 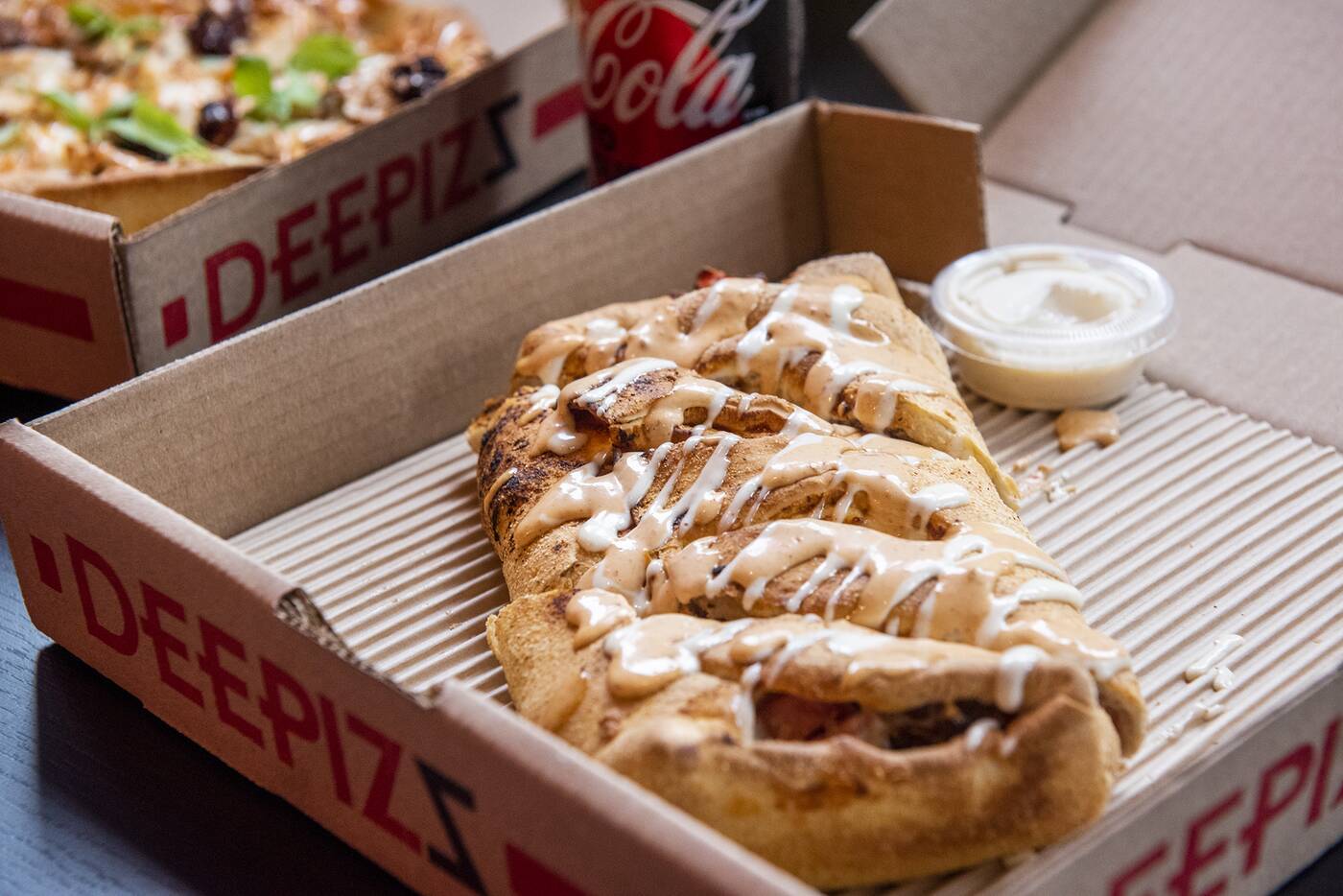 Calzones ($11) are made with the same dough and baked in the same nine-inch deep dish pans as pizzas, dusted with a little cornmeal and folded over, stuffed with mushroom, bell pepper and mozzarella plus your choice of Angus steak or grilled chicken. 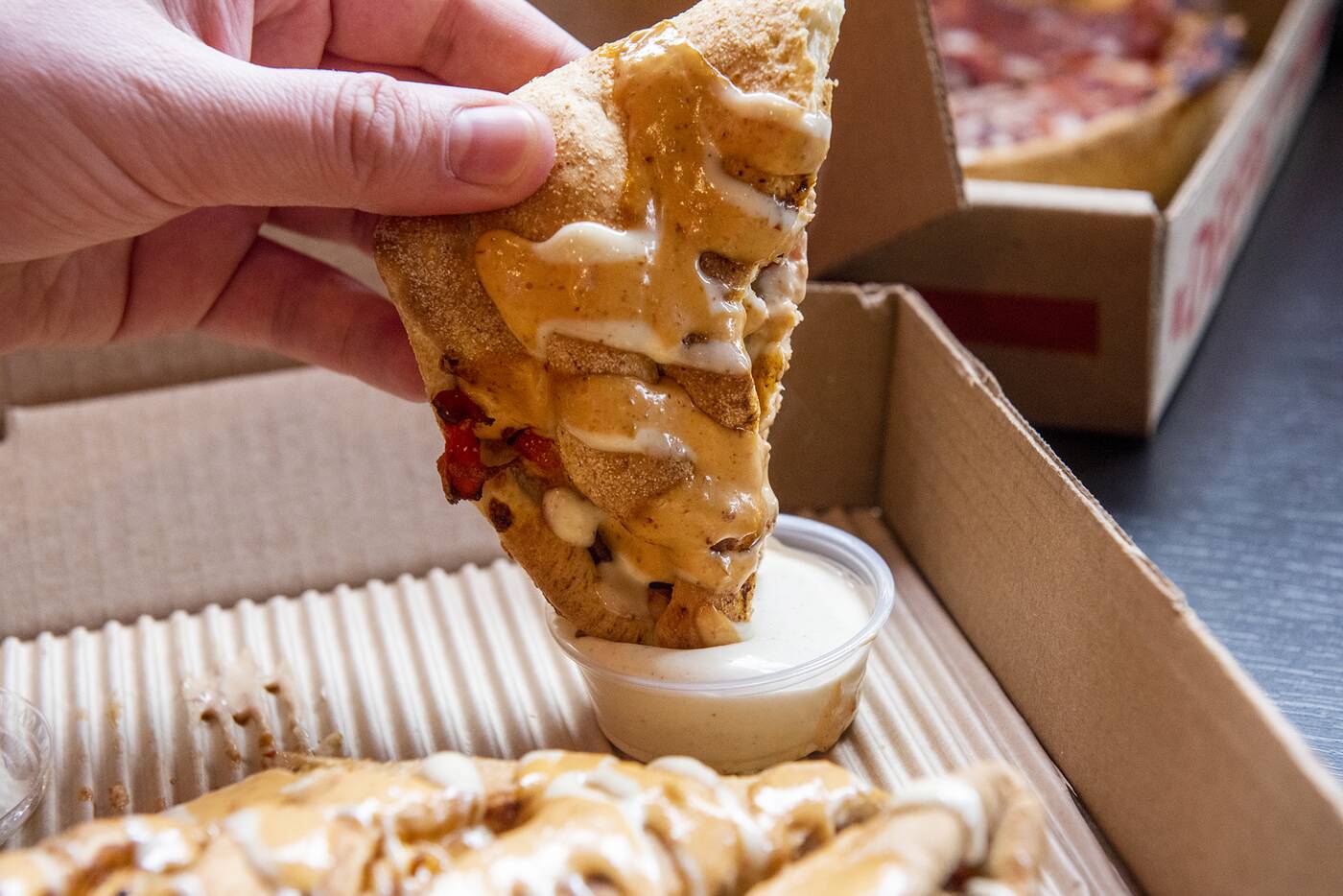 The secret aioli isn’t quite a ranch, not exactly a creamy garlic, though it is very creamy and zesty.

They’re drizzled with two house aiolis, a secret aioli dipping cup served on the side with every pizza and calzone. 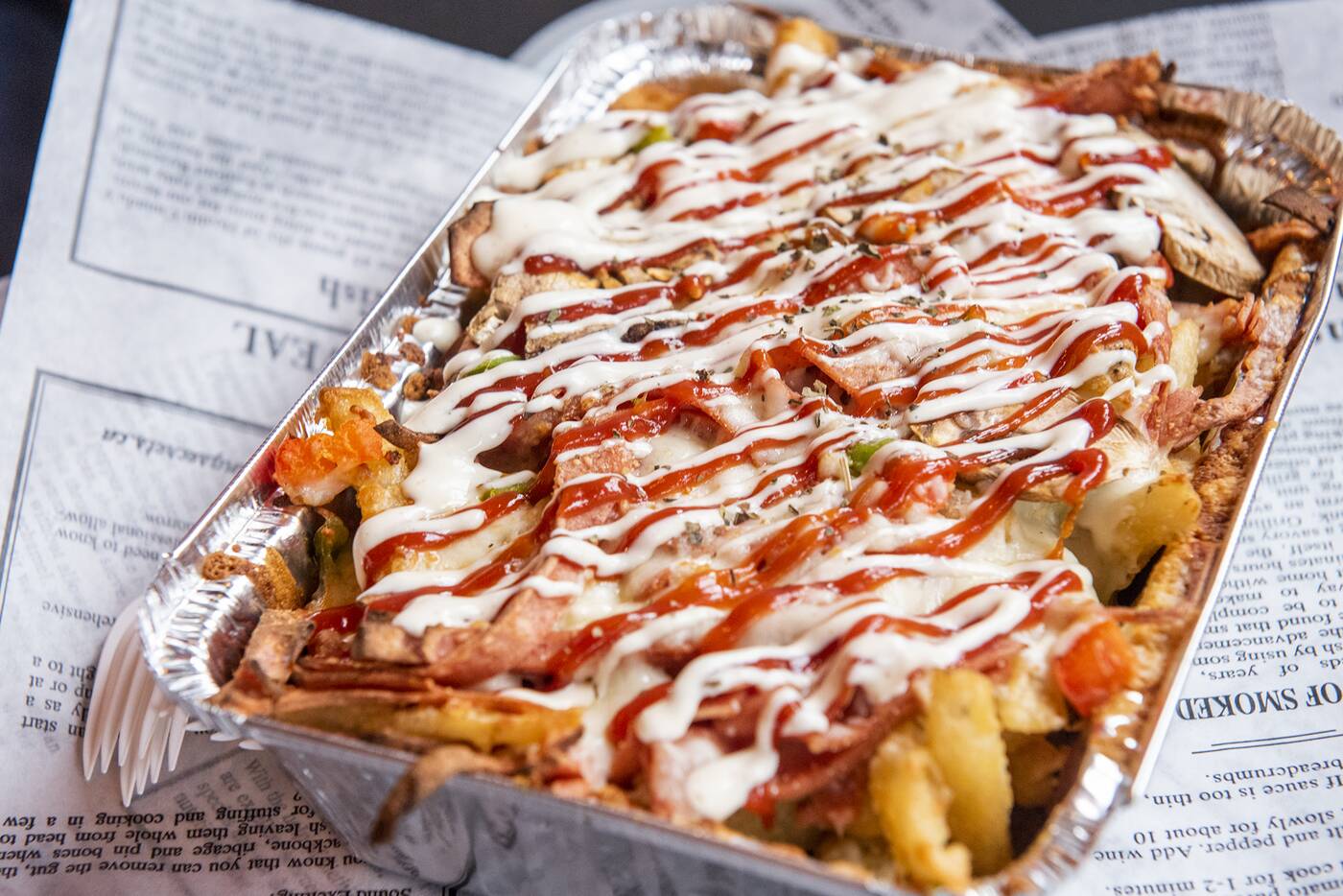 DeePizz fries ($8) I could take or leave, though they are a faithful rendition of typical loaded halal fries with mushroom, bell pepper, strips of beef deli meat and mozzarella, plus ketchup and secret aioli drizzled on top. 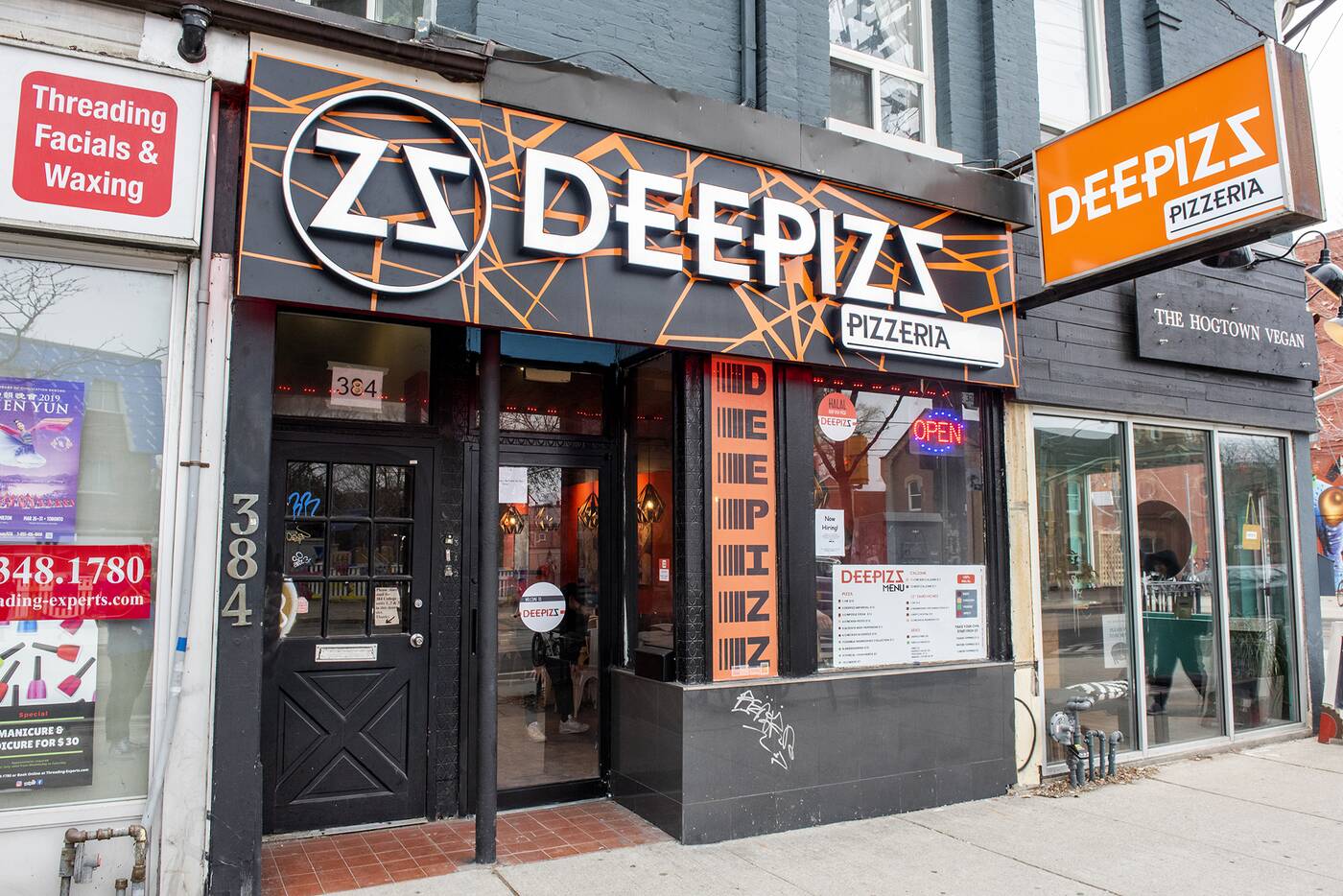