Debe's Roti and Doubles is a classic Trini spot in Toronto for delicious doubles, alloo pies and curry roti at great prices.

The tiny takeout joint just south of Jane and Finch features modest interiors with a slim counter along the wall with handwritten messages posted above warning customers of dangerously hot spice levels. 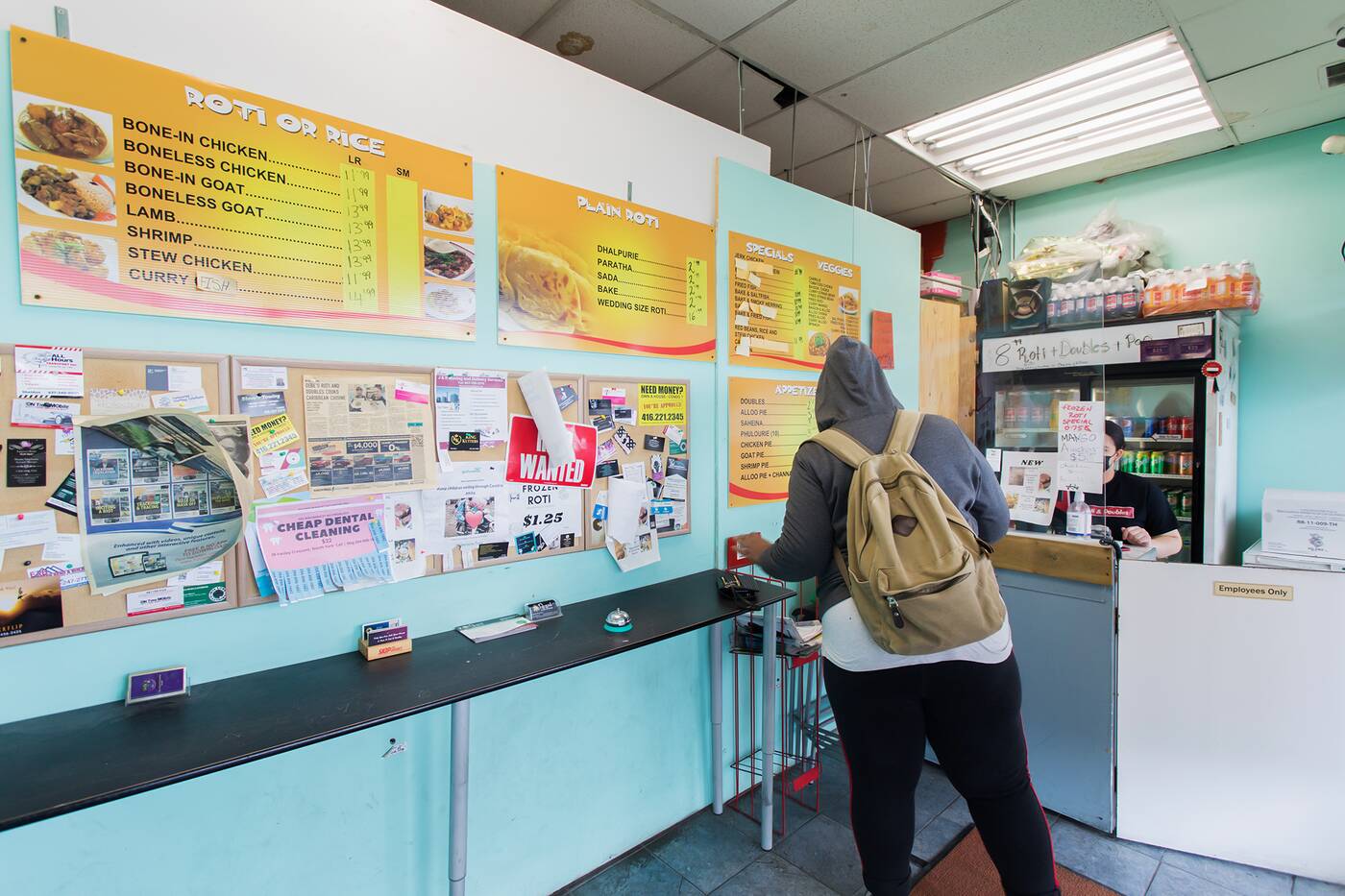 Running fairly under the radar, it just takes one bite of these deliciously messy doubles at Yorkwoods Plaza to realize just how underrated they are. 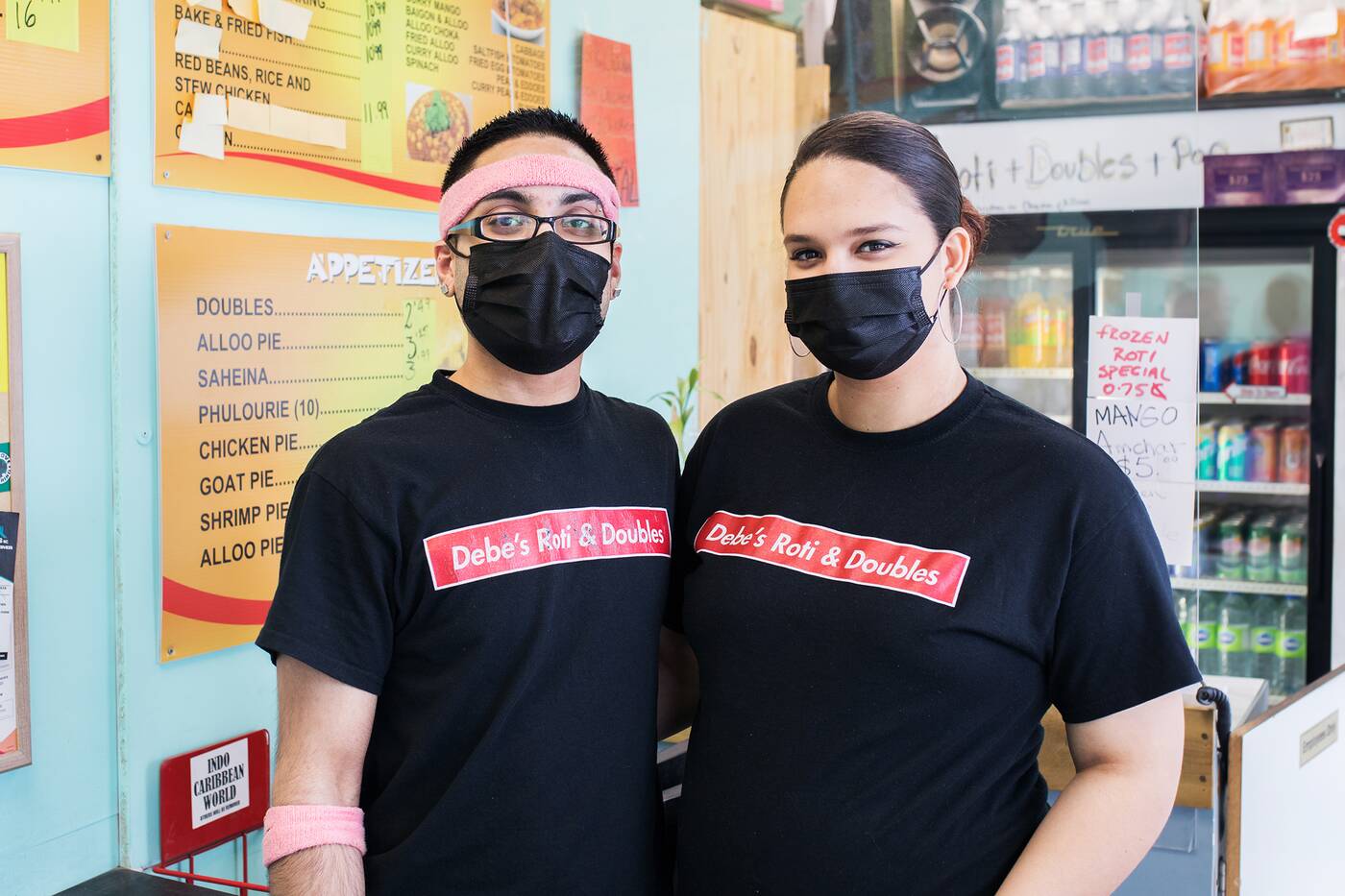 Randy Mohammed and his wife Solansh Matos are the young faces behind the business. Matos was just 19 when she dropped out of York to open up the shop with Mohammed who was determined to bring Trini food to his neighbourhood.

Although the pair may not have the same number of years in the business as other roti shop owners, they haven't been doing too badly for themselves. 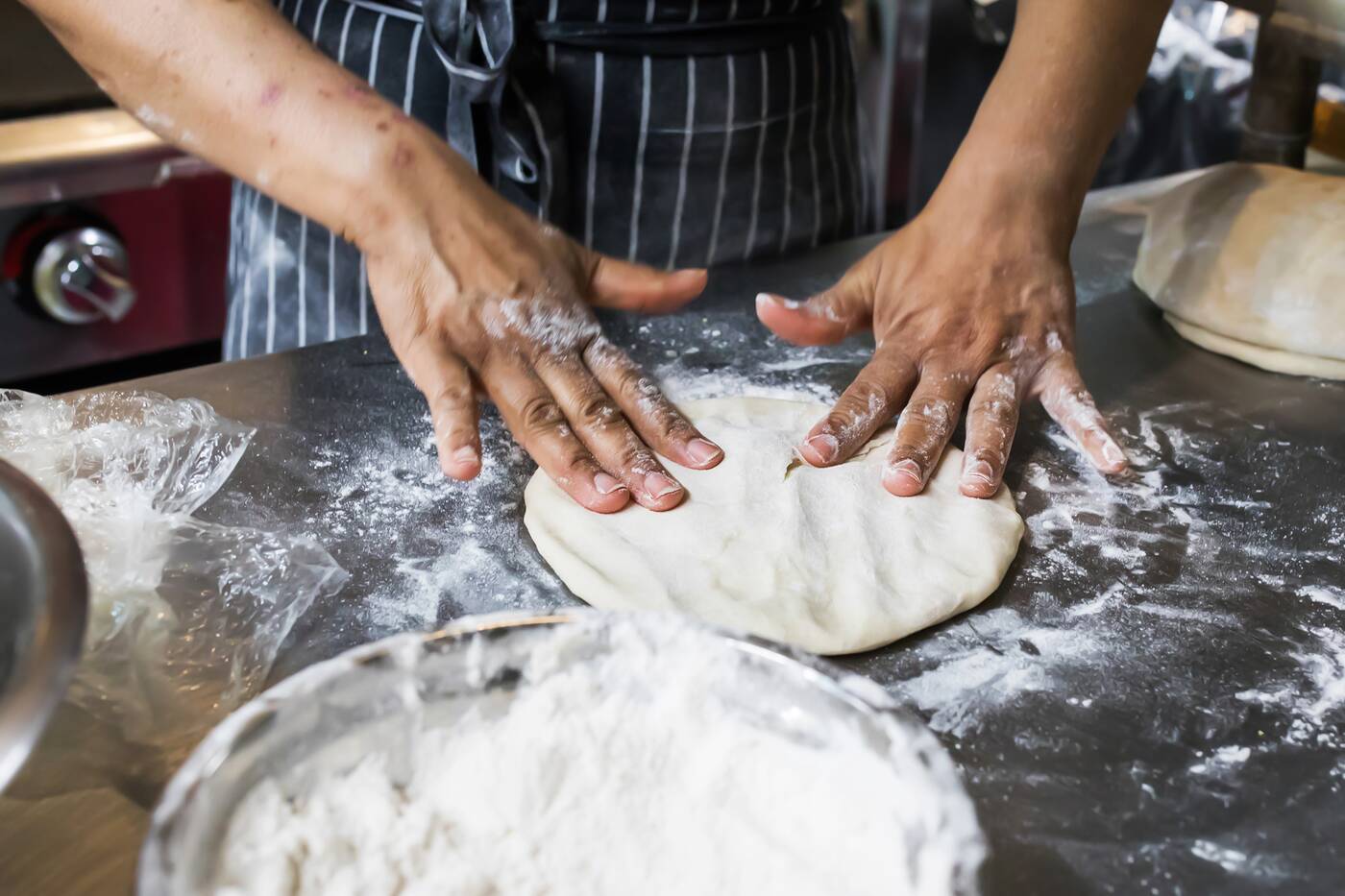 A batch of roti flatbread and bara for the doubles is made every couple of hours, so doubles are served throughout the day unlike a lot of other Caribbean spots that tend to sell out of these fast. 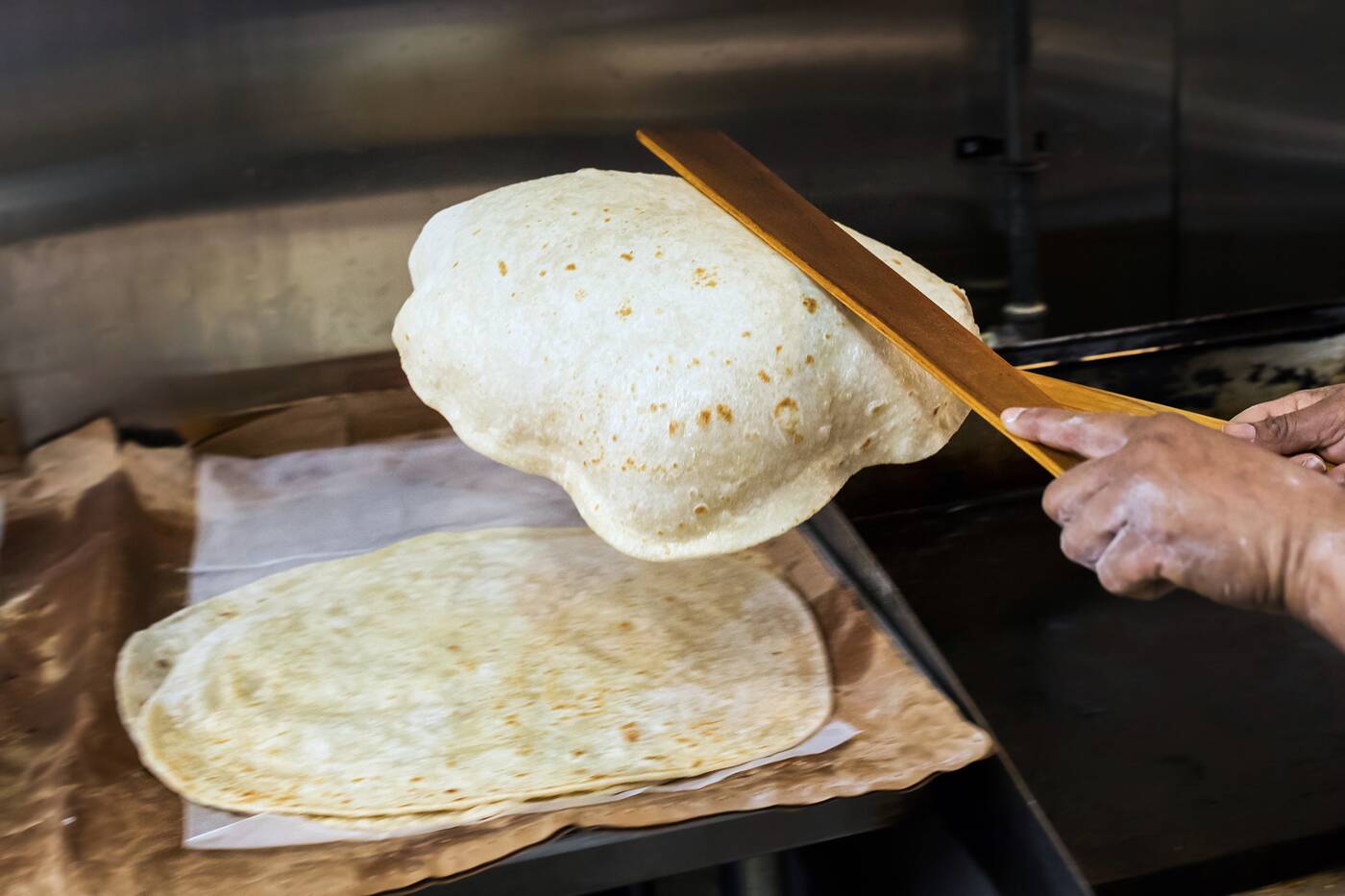 The massive pieces of flatbread for roti are fried for a short time until puffed and lightly golden before being filled. 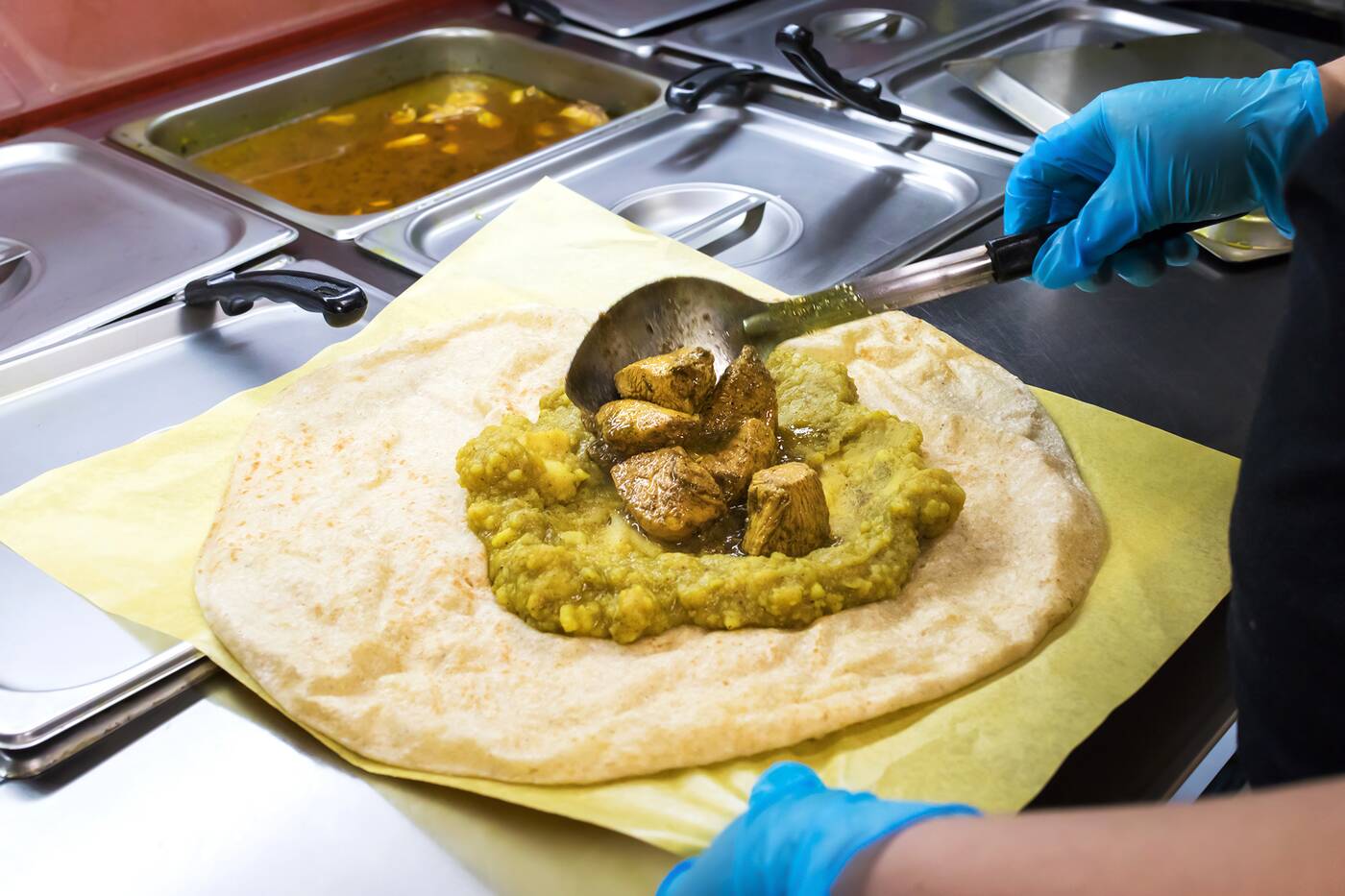 It's then slathered with curry potatoes prepared with seasonings from Trinidad, and your choice of chicken, goat, lamb or shrimp. 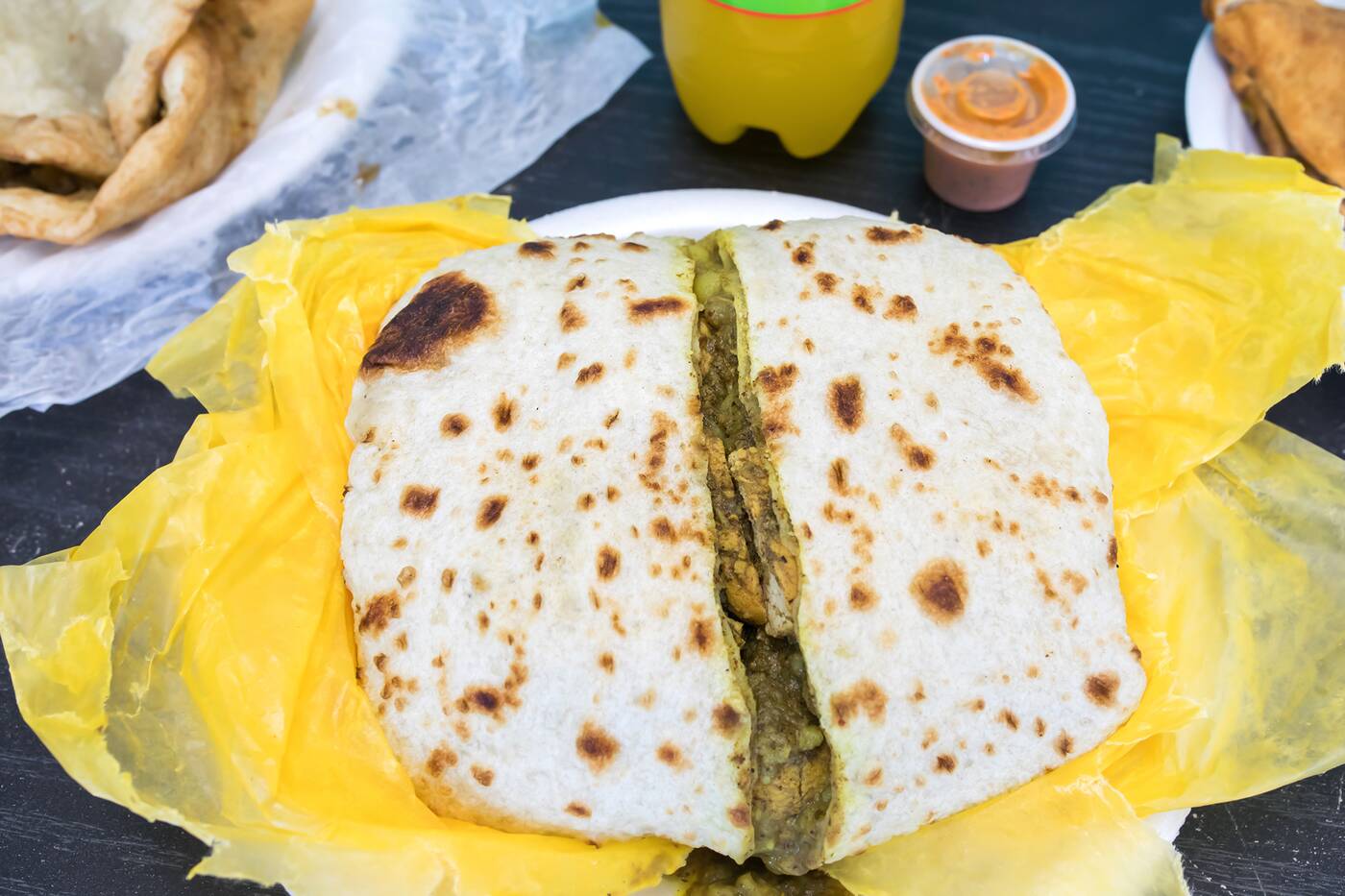 The boneless chicken roti ($11.99) is by far the most popular and it's the one we go for. The tender meat and curry potatoes as well as the warm flatbread it comes in taste absolutely fresh.

Tuesdays are the best days to come in if you're after roti as they go for just $5.99. 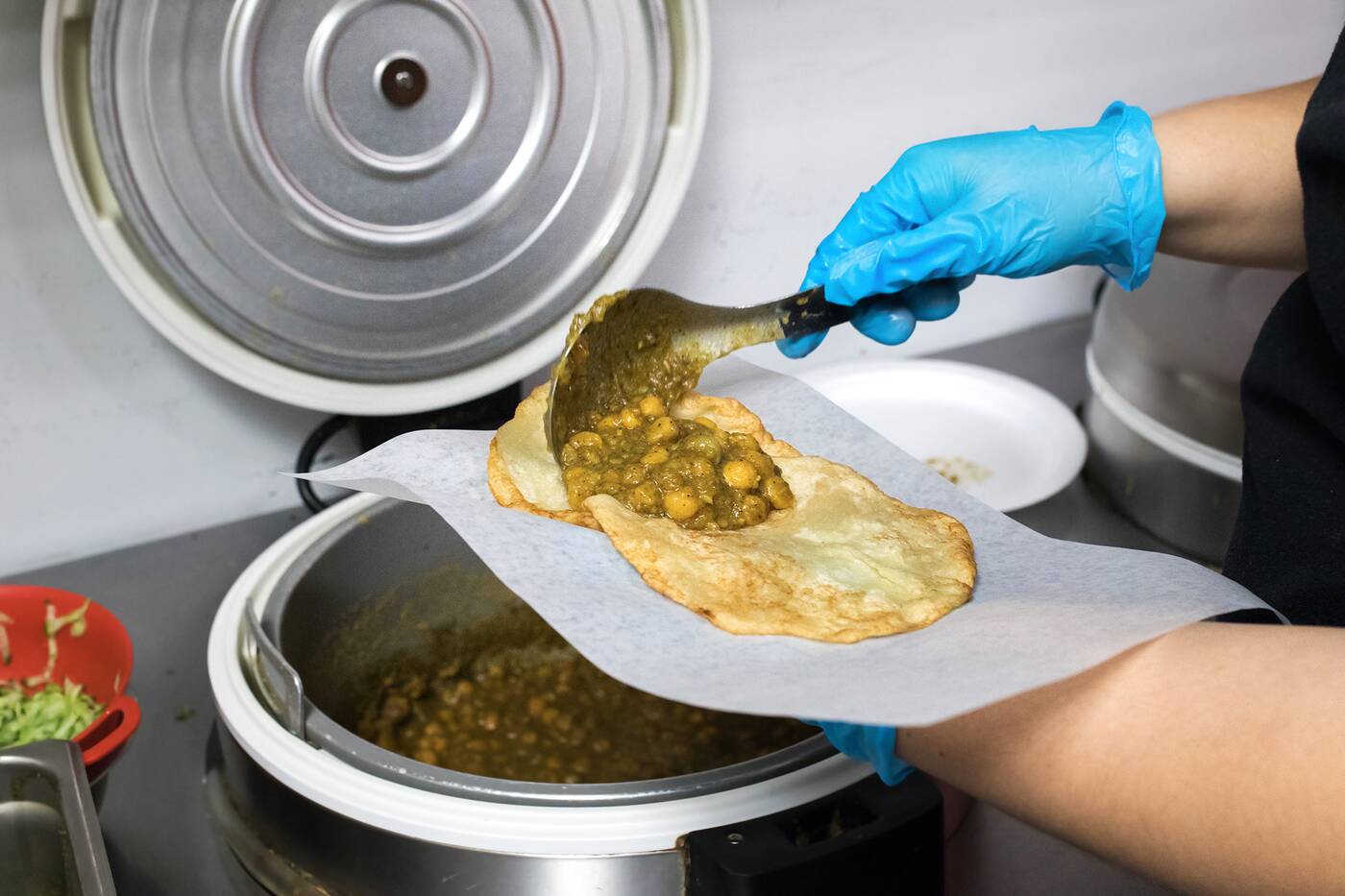 Two small pieces of fried bara act as the vessel for the chickpeas and meat of choice when it comes to the doubles. You can load it up with chicken, goat or shrimp ($5.35), or just stick with the chickpeas ($2.49) for a vegetarian option. 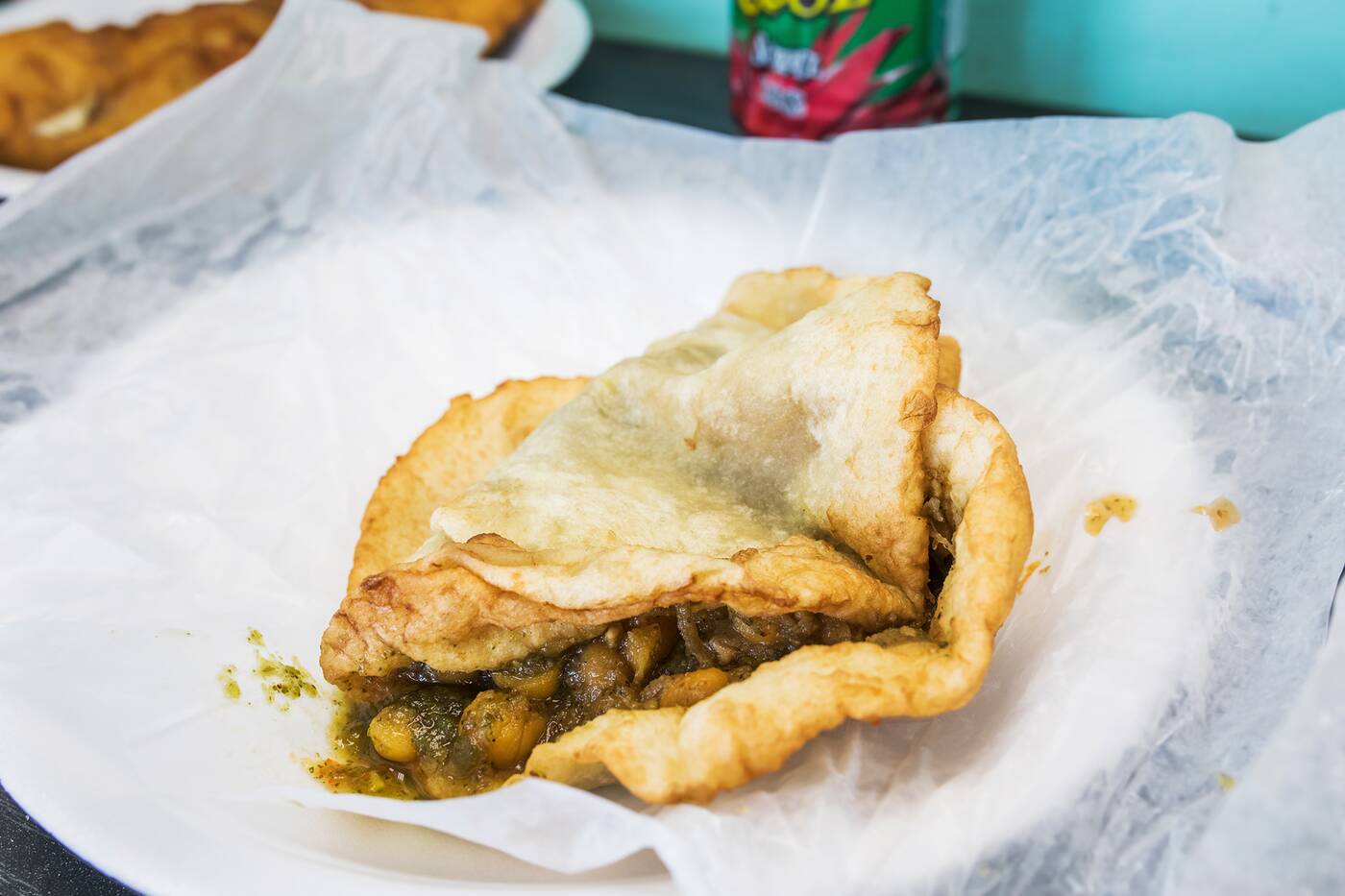 It's also topped with tamarind, mango and cucumber chutneys, shadow benny and hot pepper sauce, which is made every morning with habanero and scotch bonnet peppers. You can pick and choose what sauces you'd like, and Mohammed and Matos recommend getting the hot sauce on the side. 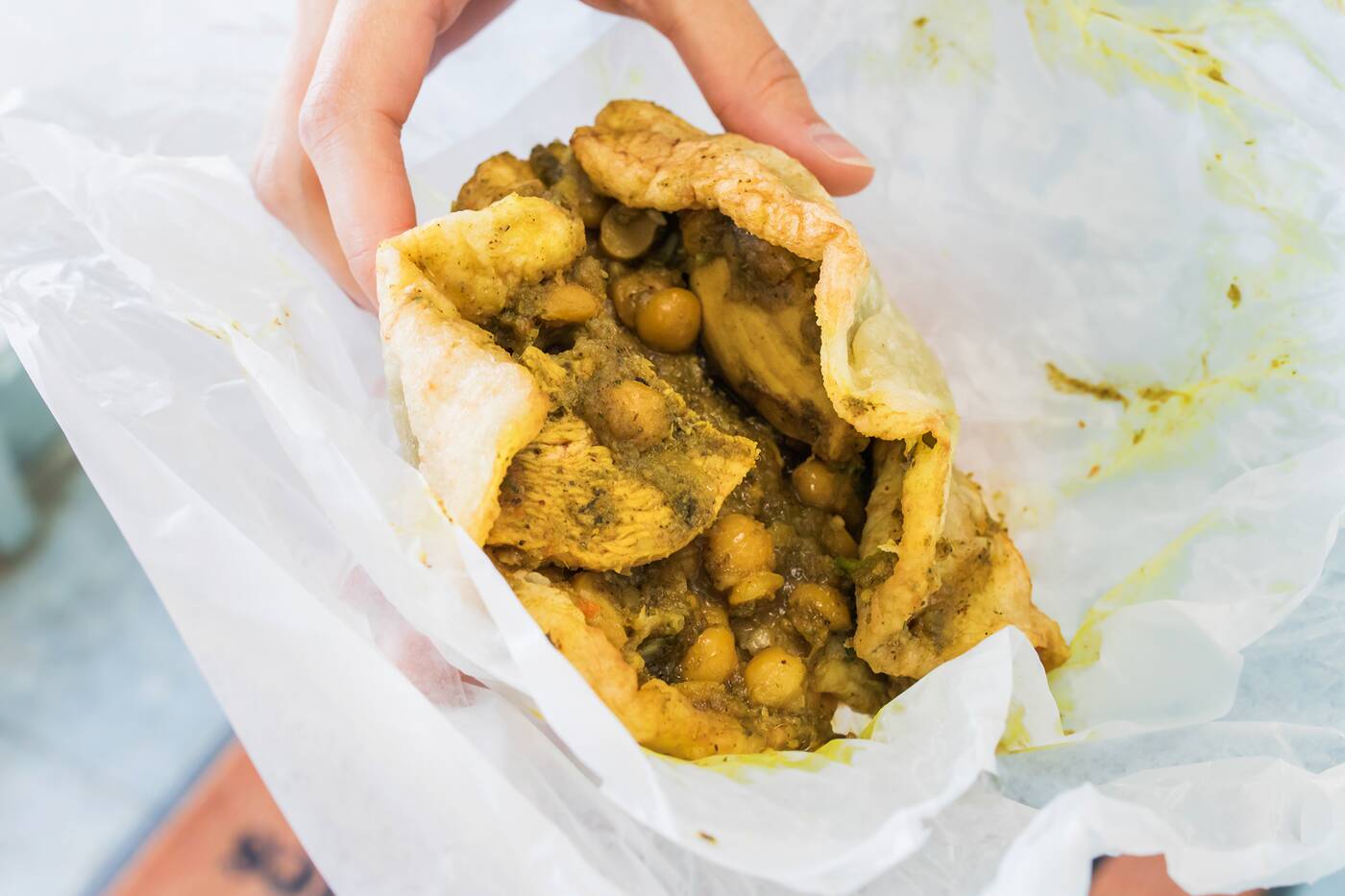 The chutneys offer a hint of sweetness to nicely complement the seasonings packed into the filling. 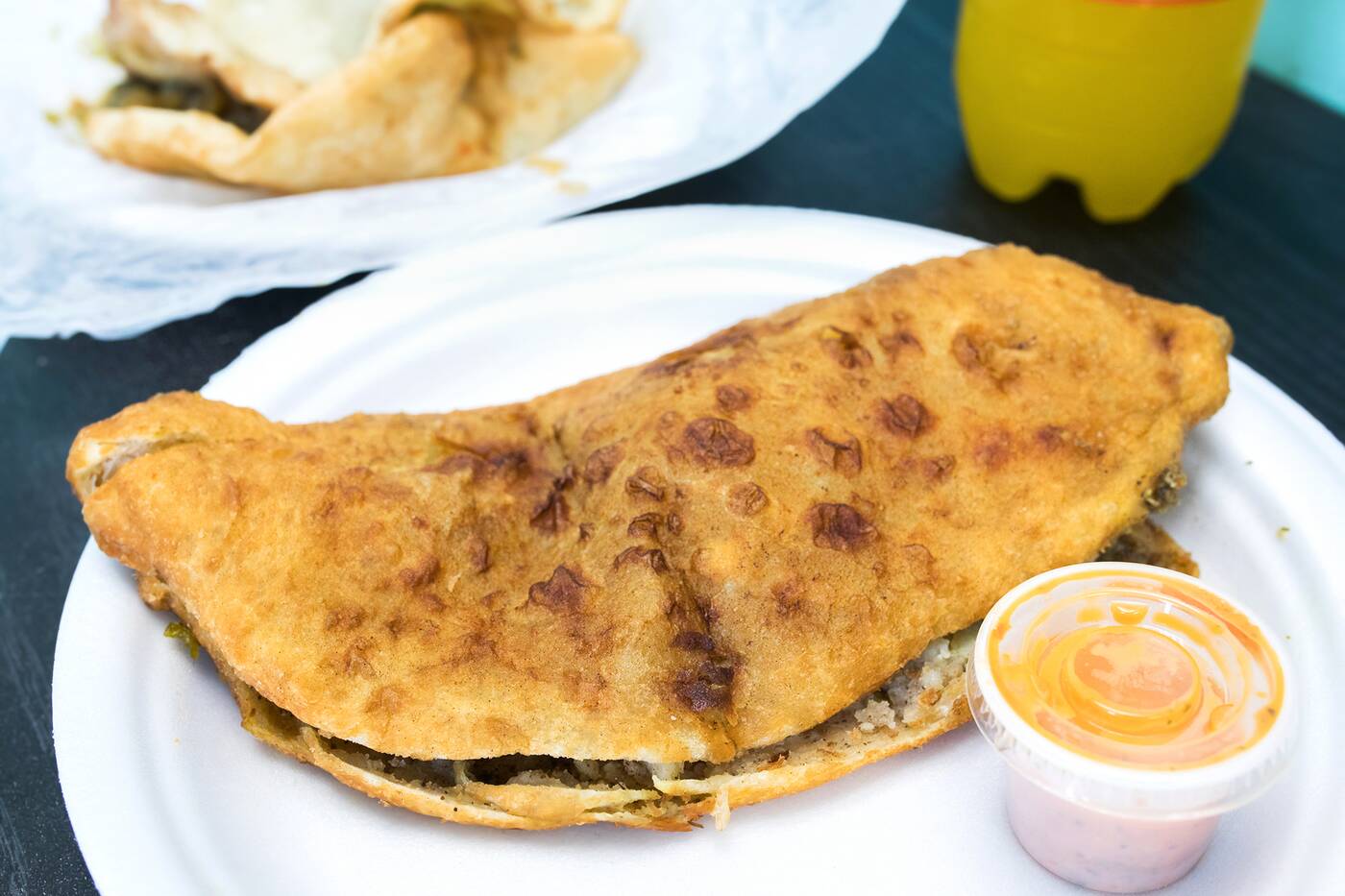 The fried pastry that's made from flour for the aloo pie ($3.15, with protein: $6) is much thicker than the doubles bara and potatoes stand in place of chickpeas, though those can be added ($3.65). 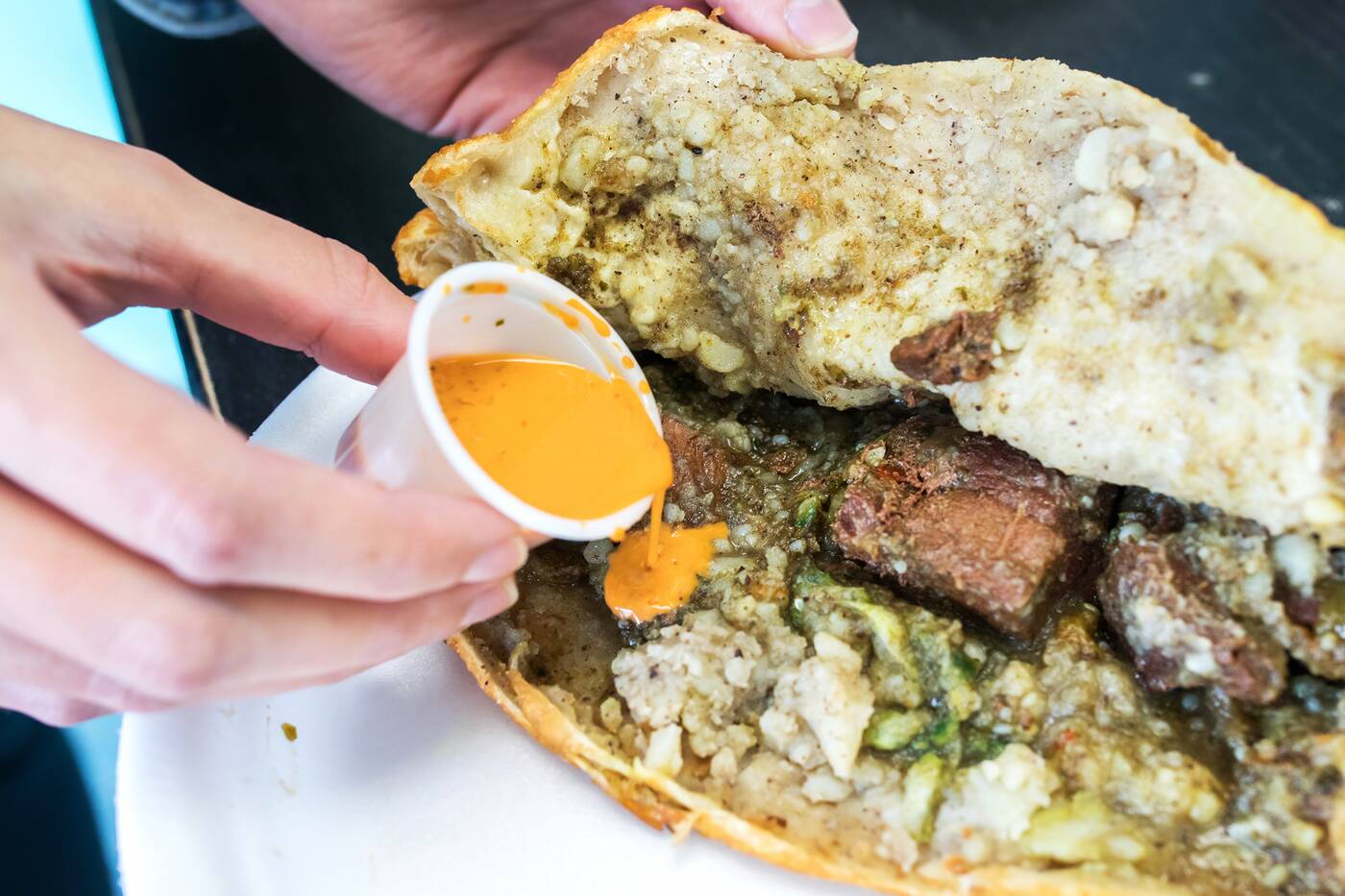 If you're like me, just a few drops of the pepper sauce will suffice when it comes to heat, and that'll still pack quite a punch. 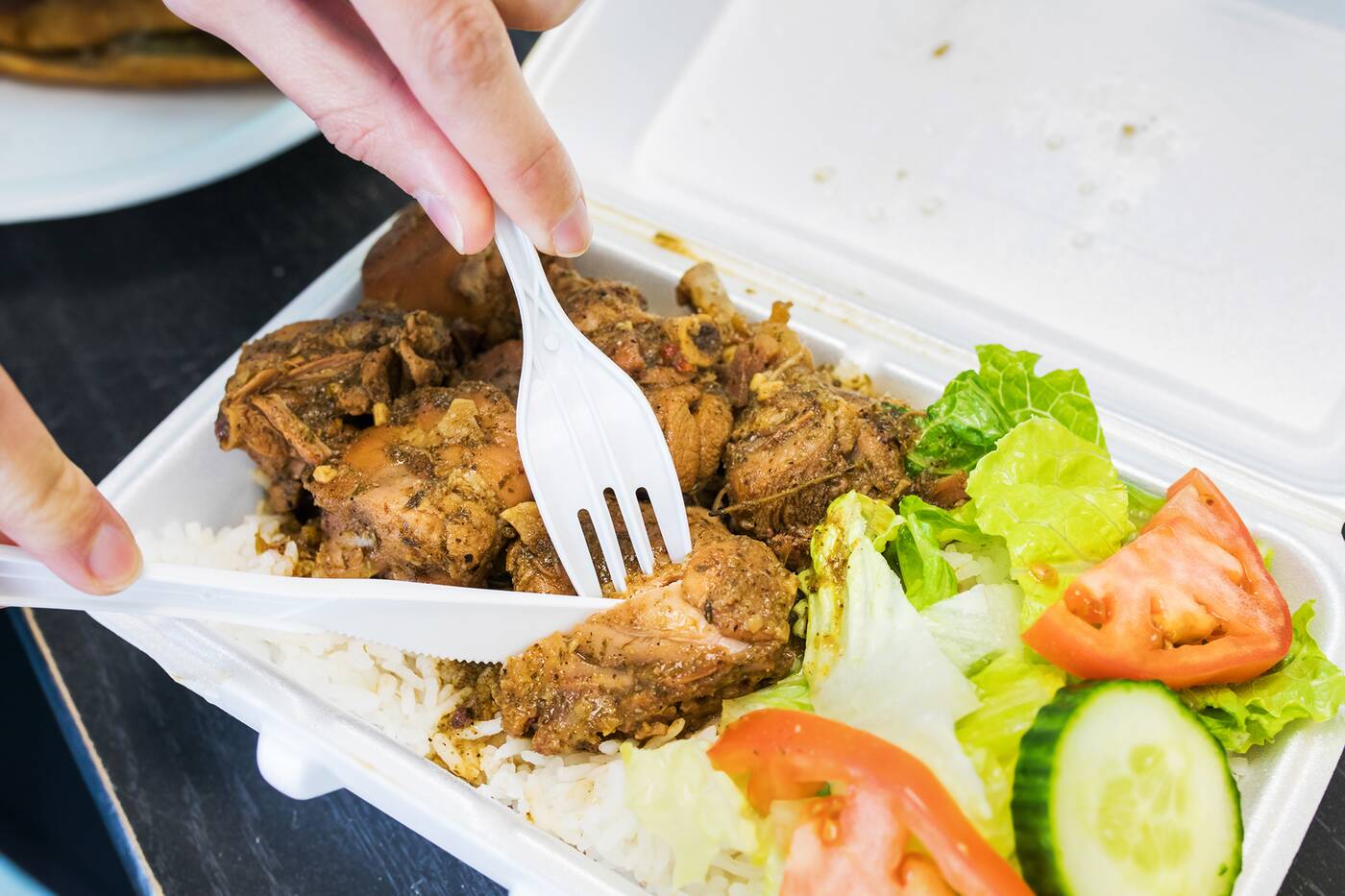 Any one of the curry meats can also be served over rice if you'd prefer to eat it that way for the same price as the roti. 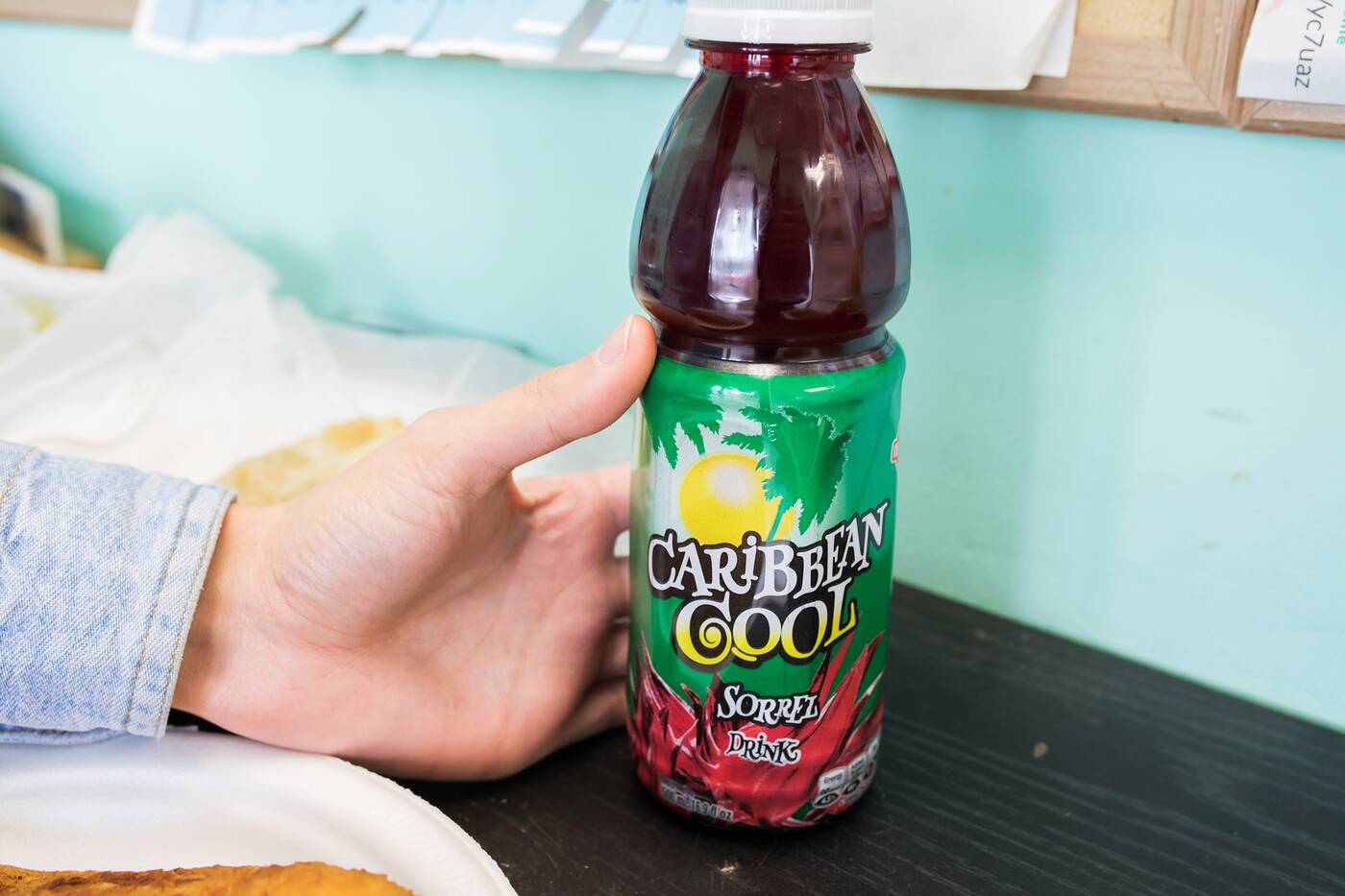 Caribbean drinks like sorrel and kola champagne are kept cold in the fridge for washing down your meal.

Debe's Roti and Doubles offers tasty options that are fresh and loaded with flavour to anyone in the mood for some first-rate Trini food. 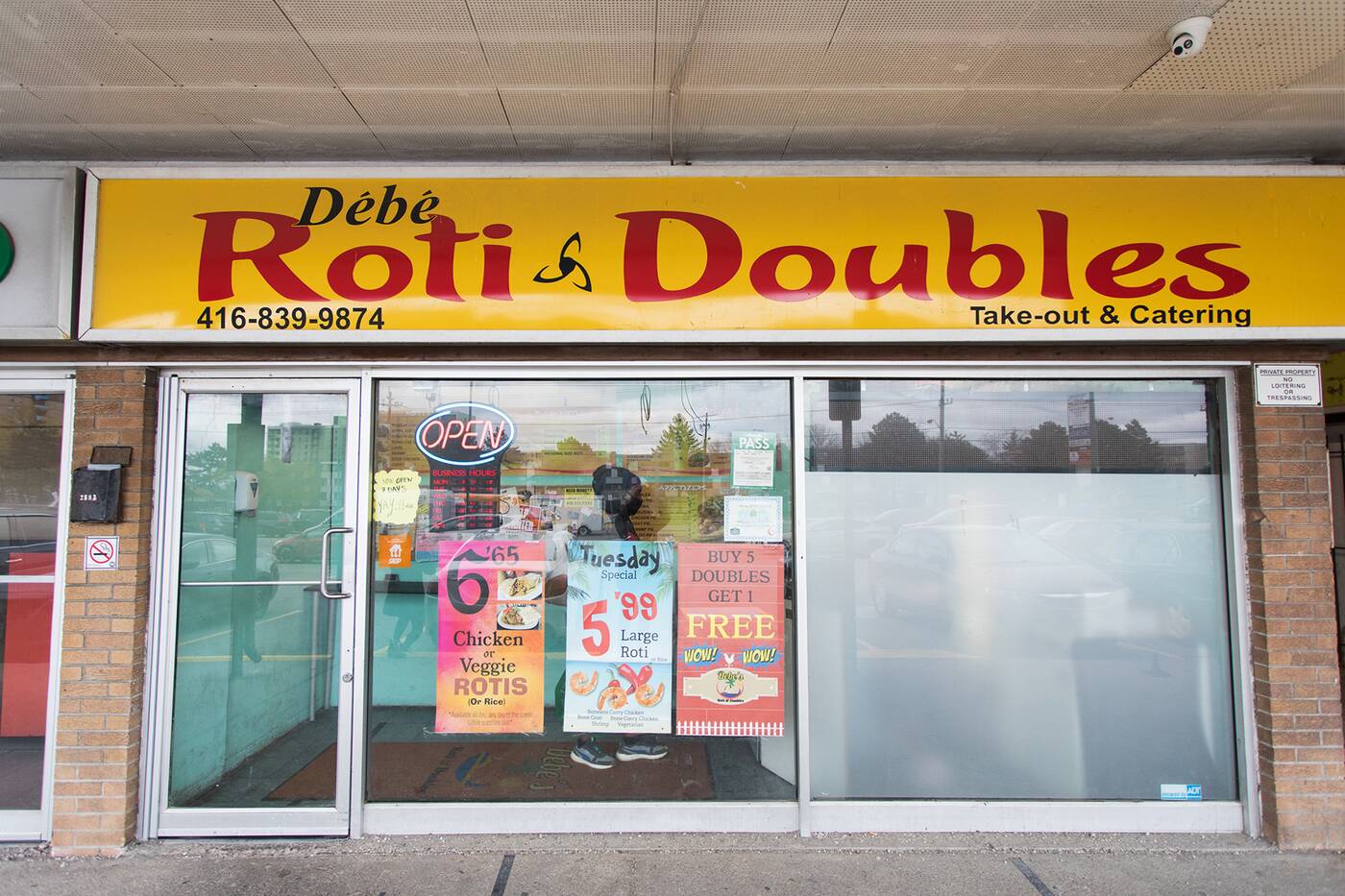