College Falafel has been operating since the early 2000s, specializing in a kind of falafel that mixes chickpeas with fava beans, unlike many shops which use just chickpeas. Their style of falafel and shawarma is more Mediterranean than Middle Eastern.

They’re also known for their late hours, their proximity to streetcar and bus stops making their place the perfect destination for grabbing a filling, comforting late night snack. 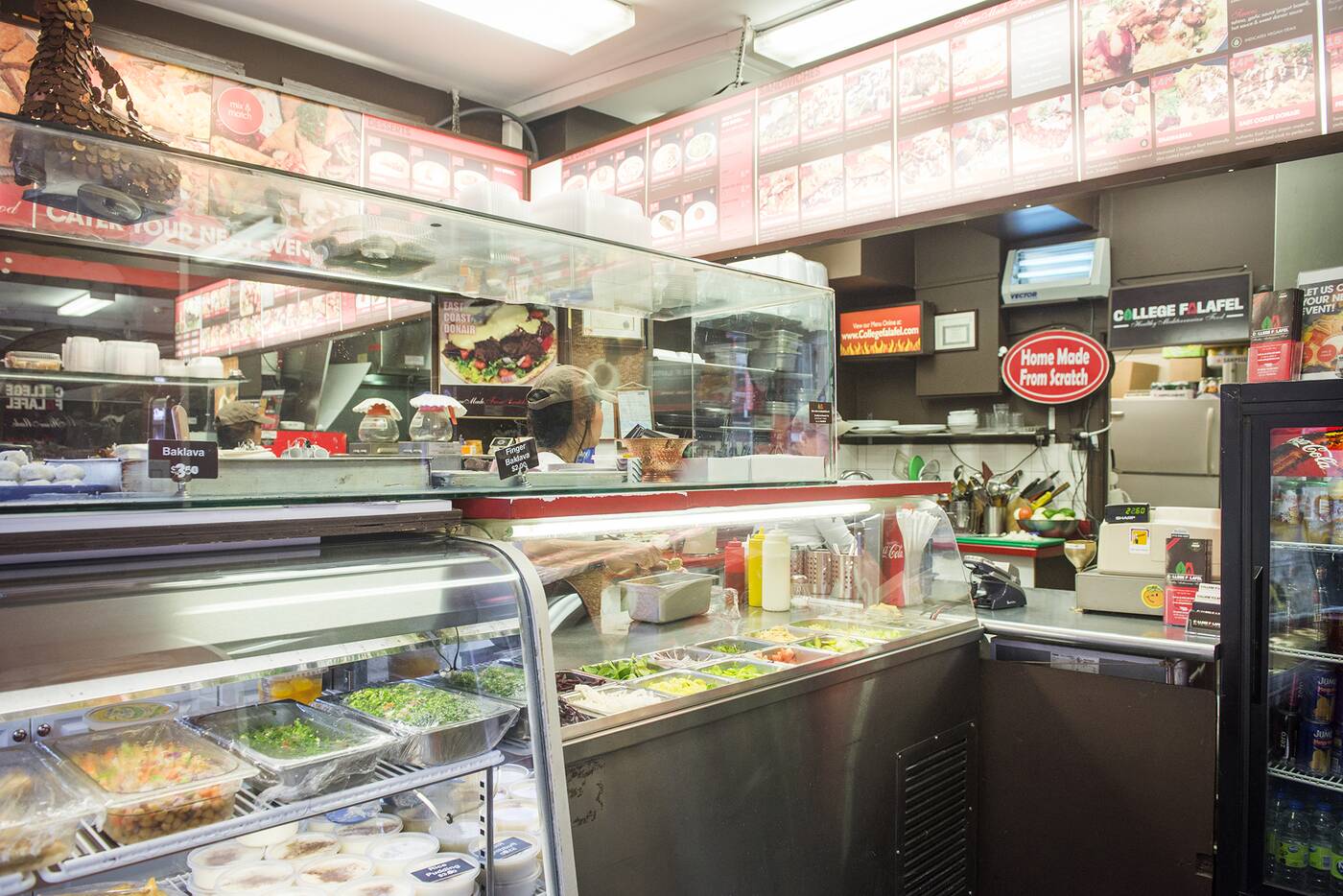 The bright red walls are easily seen through the full front windows, which also show off chef and mother of this Albanian-family-run business Oljana Mousa loading up falafels at the counter. 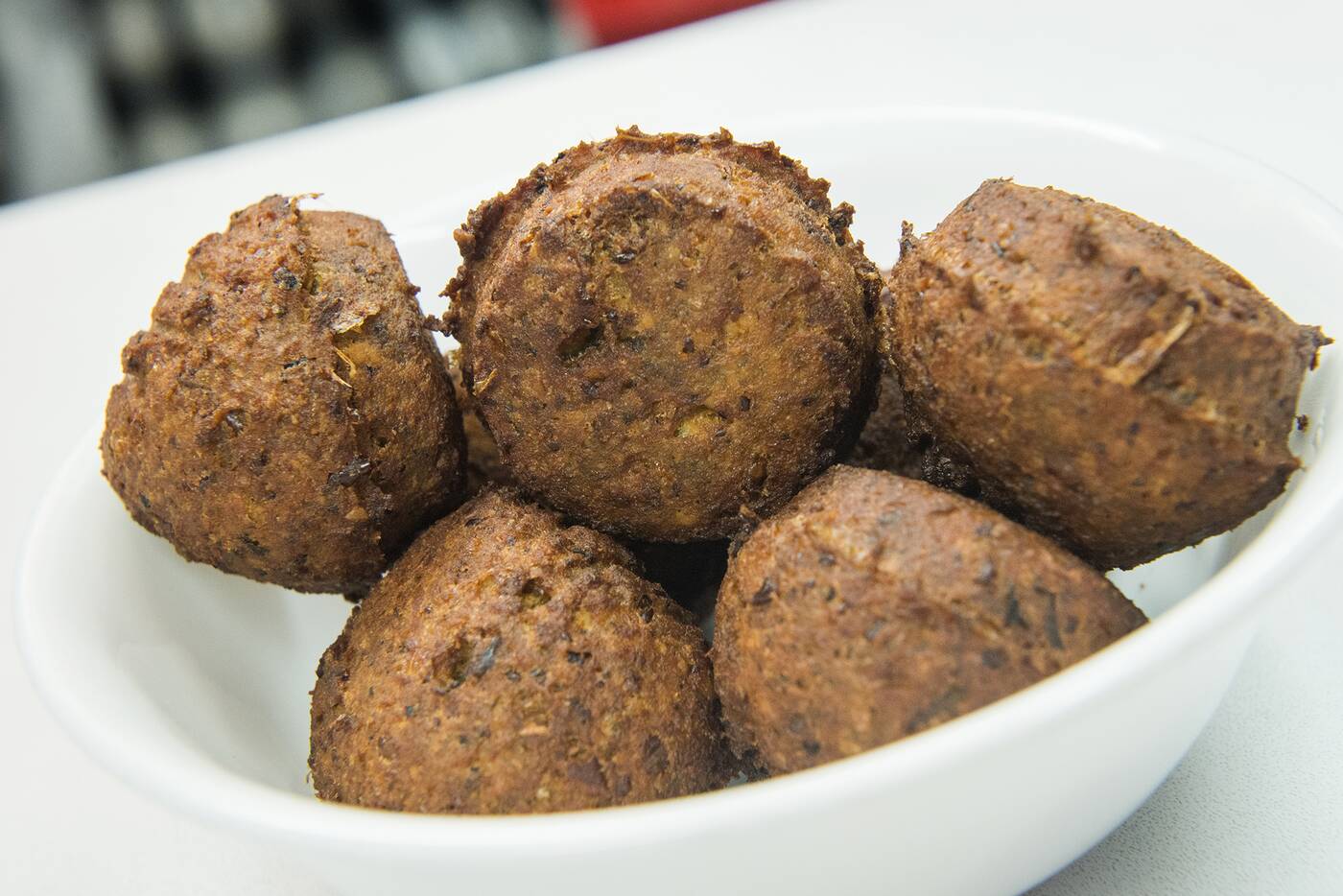 As such, they’re the thing to come here for: the combination of the different legumes makes for a much richer experience than just the ordinary lighter, blander chickpea, and though you can get falafel made with just fava, many apparently find that too earthy. 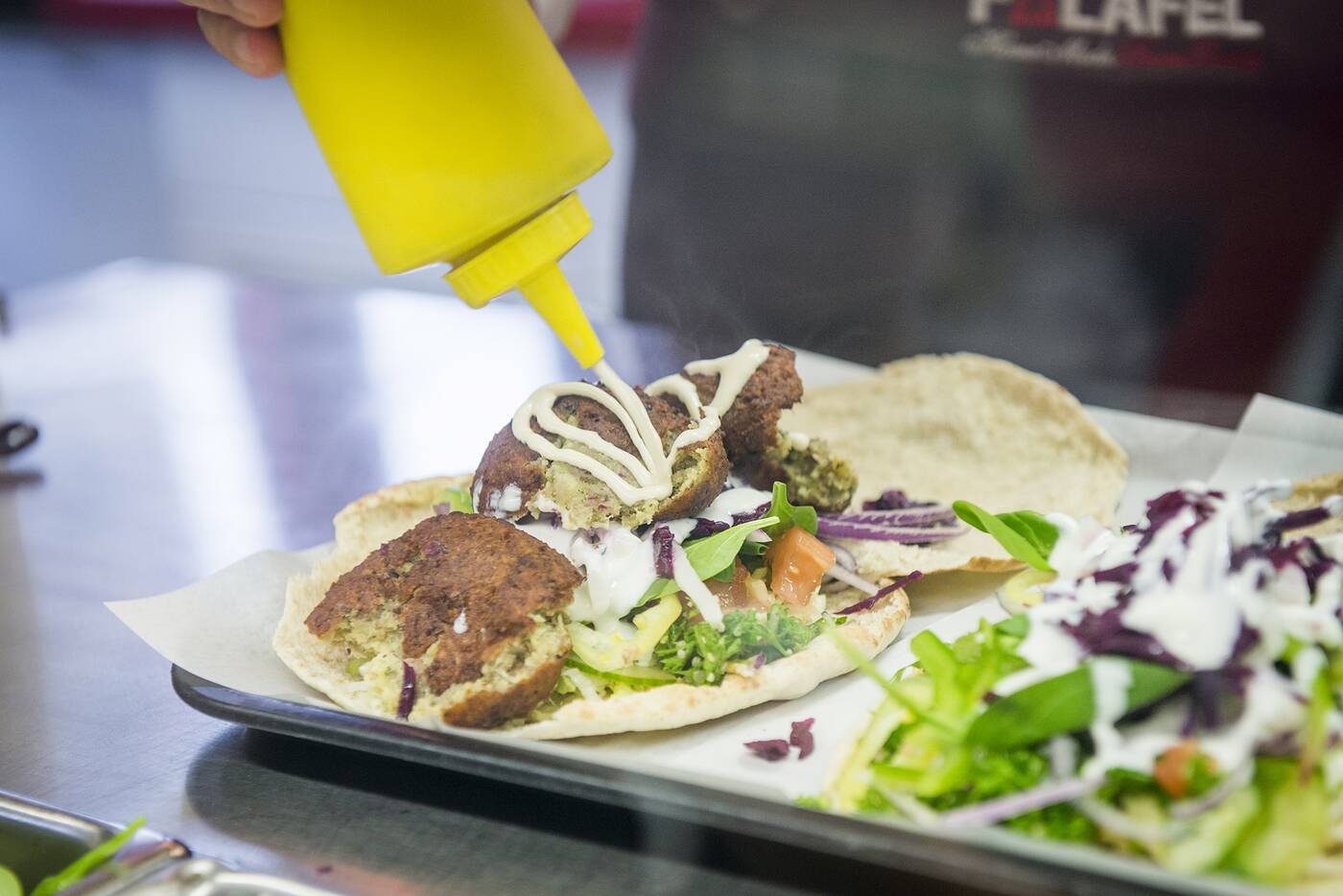 A sandwich with three falafel balls is $7.50, and vegan. 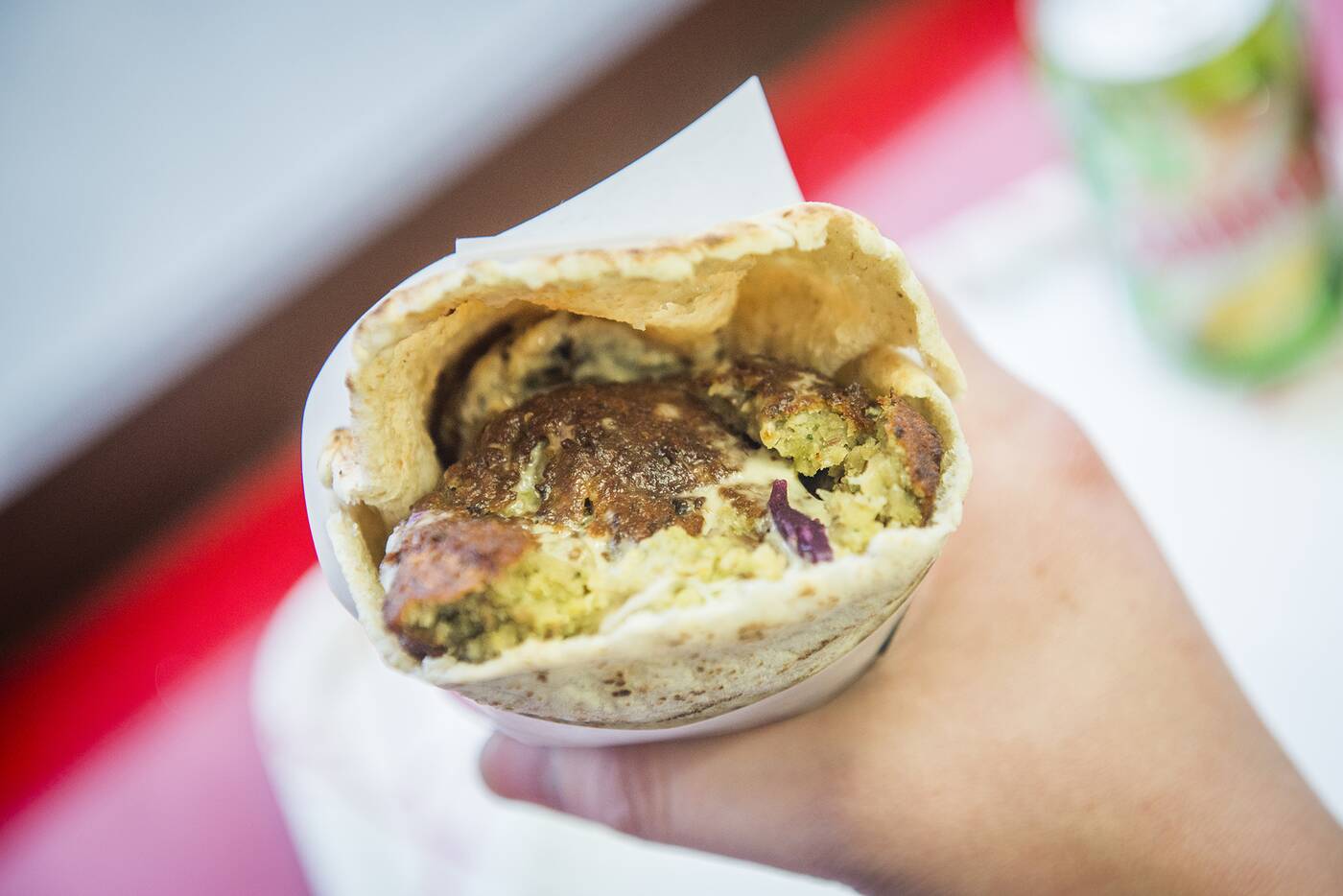 I always get mine with everything: lettuce, tomato, onion, crisp tabouli salad, peppers, cucumber, baby spinach, hot banana peppers, garlic sauce, hot sauce, and red cabbage, white turnips and beets that have all been pickled in house by Mousa. 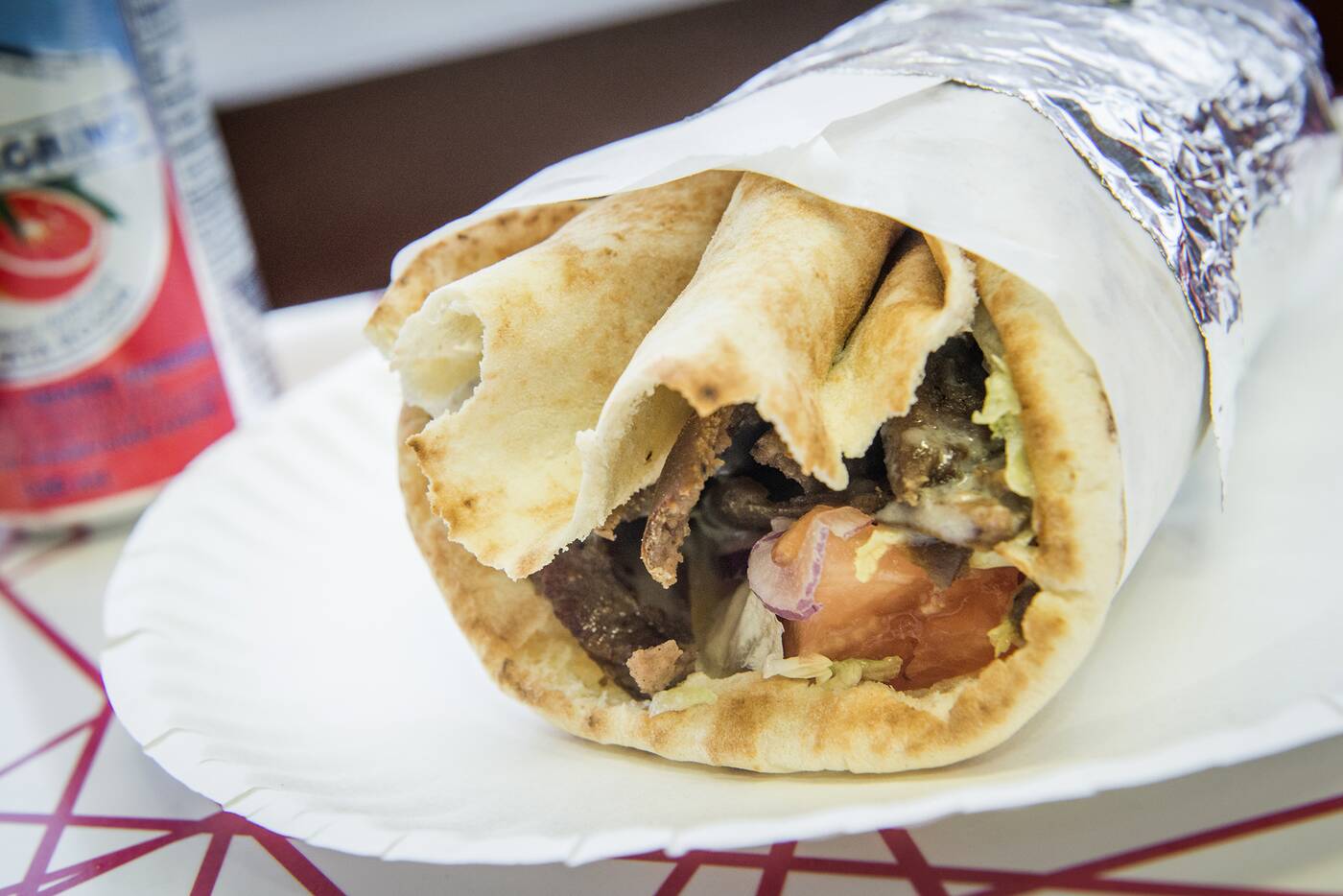 They’re also famous for their donair ($9), an east coast tradition that nonetheless they’re doing very right here. Strips of peppery donair meat vye for space with your tomatoes and onions or your other topping choices, melding with the sweet, garlicky donair sauce. 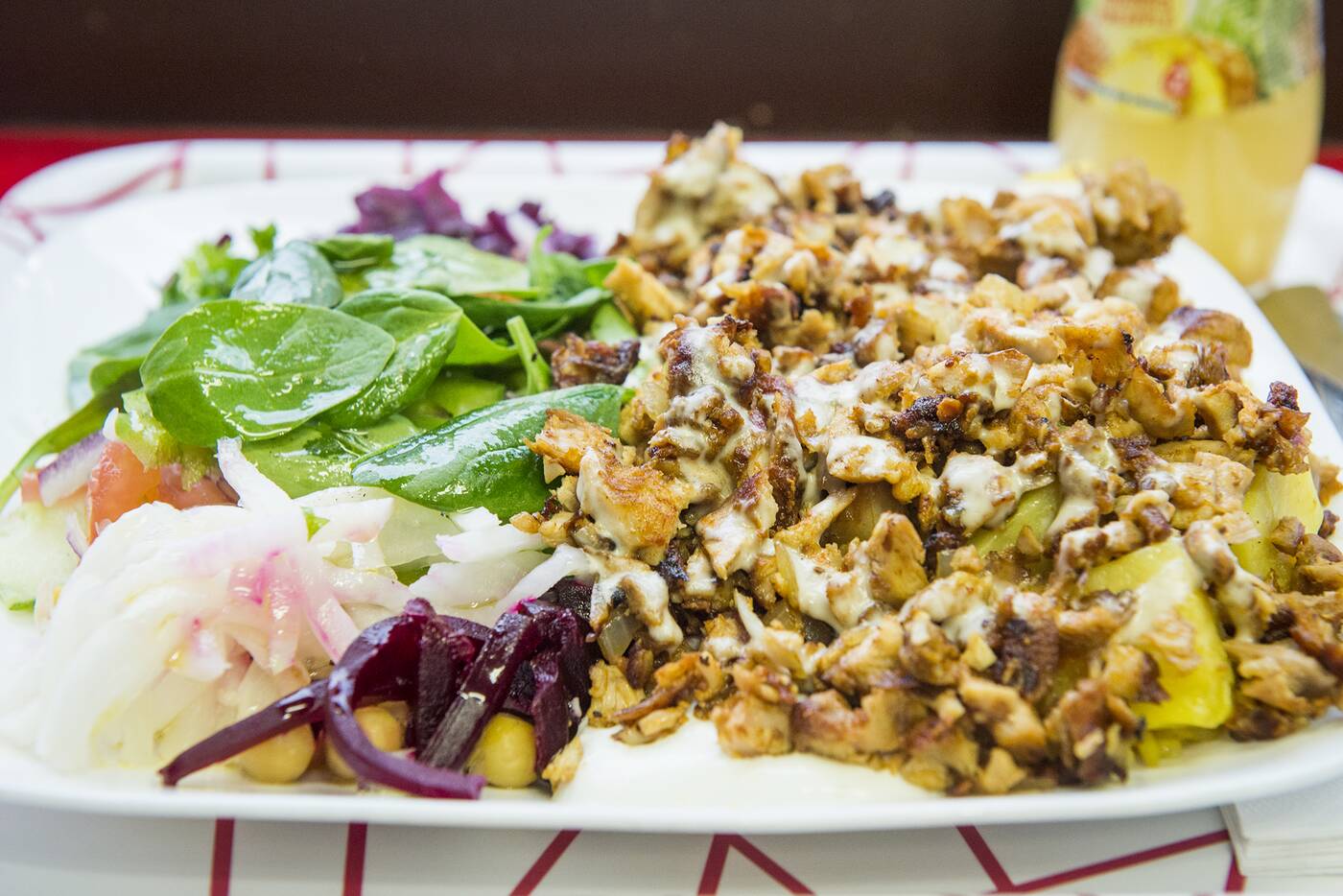 Everything so far has been in light and fluffy pitas, so for a plate we go with chicken shawarma ($14).

They pile their meat onto rotating cones for cooking the shawarma meat by hand, and the fine chop and seasoning on the meats make for a zesty dish layered with chickpea salad, curried potatoes, sauce on top and toppings on the side. 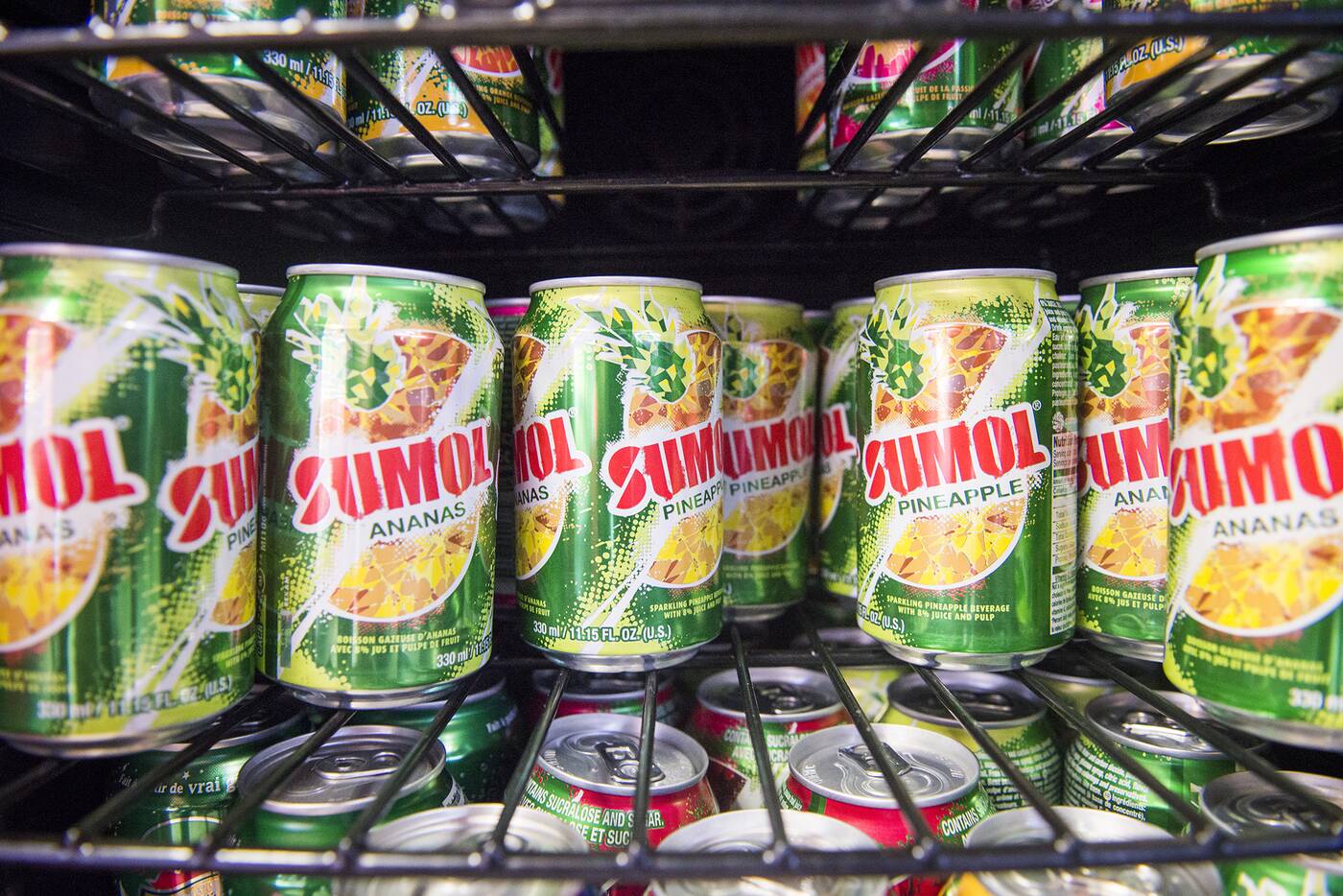 They actually have pretty great drinks here to wash down that spice, ranging from more bourgeois Black River juices to the soda of the people, Sumol. 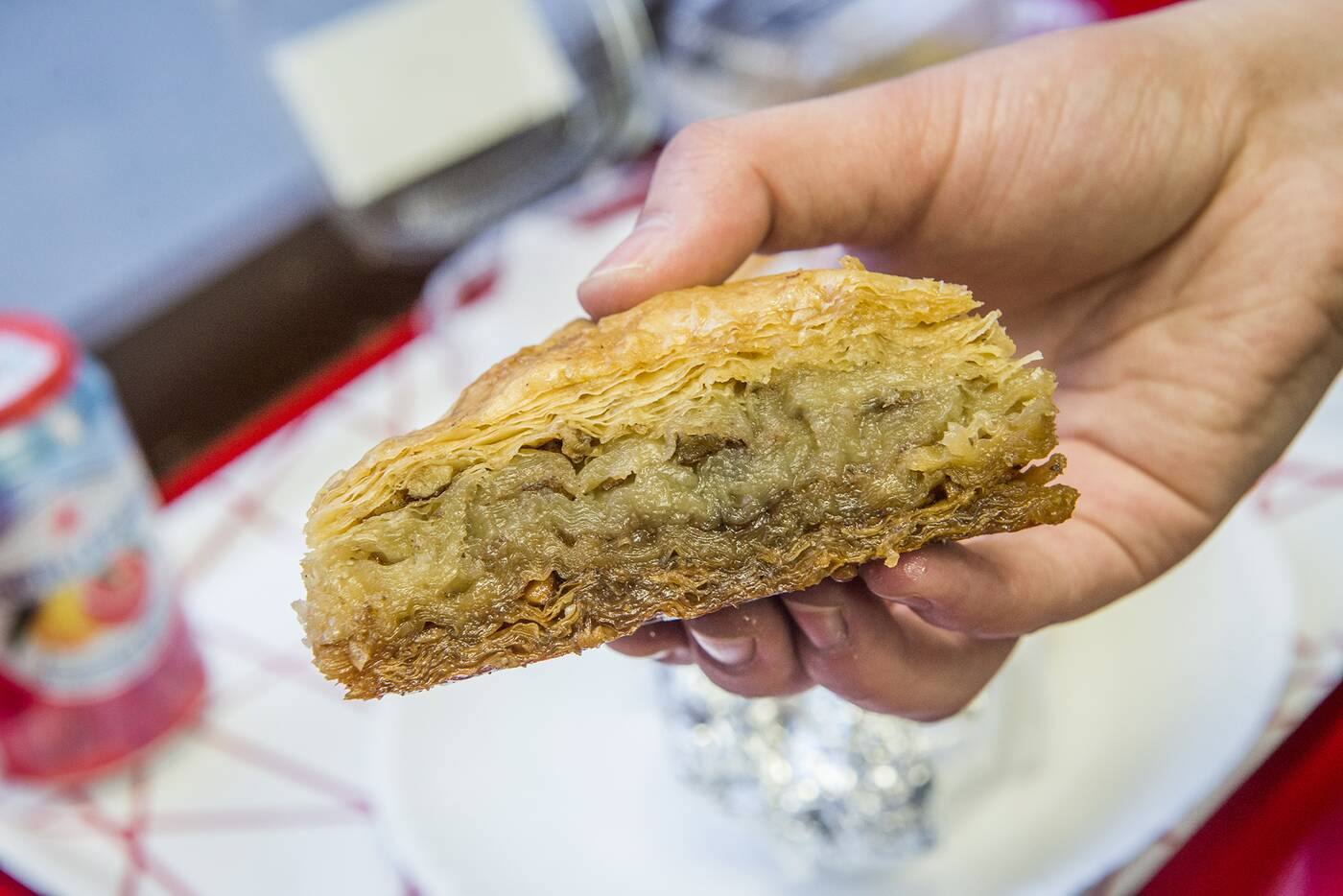 You’d be remiss not to try the dessert they’re also famous for here (seems like they’re famous for everything), such as honey-soaked, crunchy and sweet baklava. 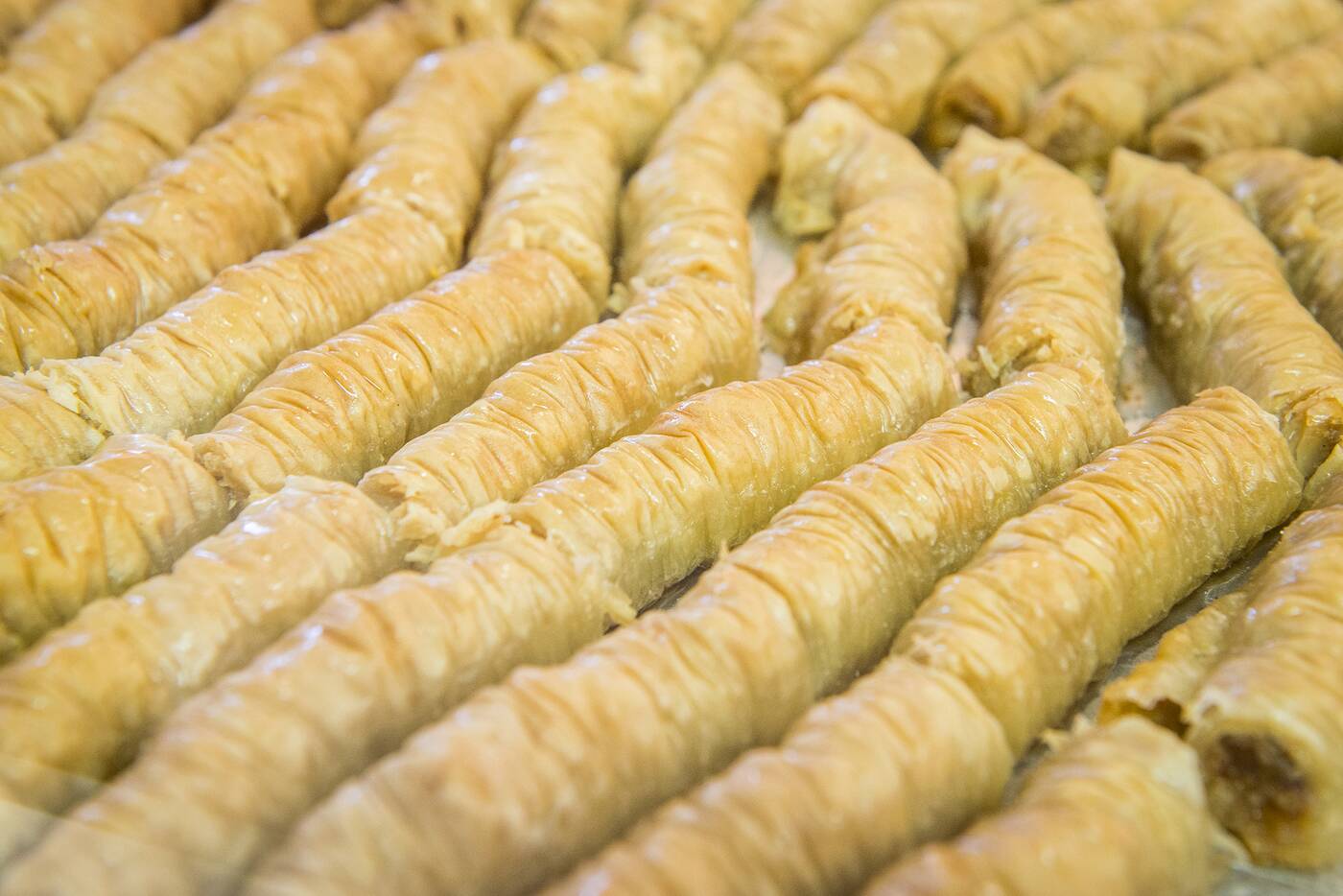 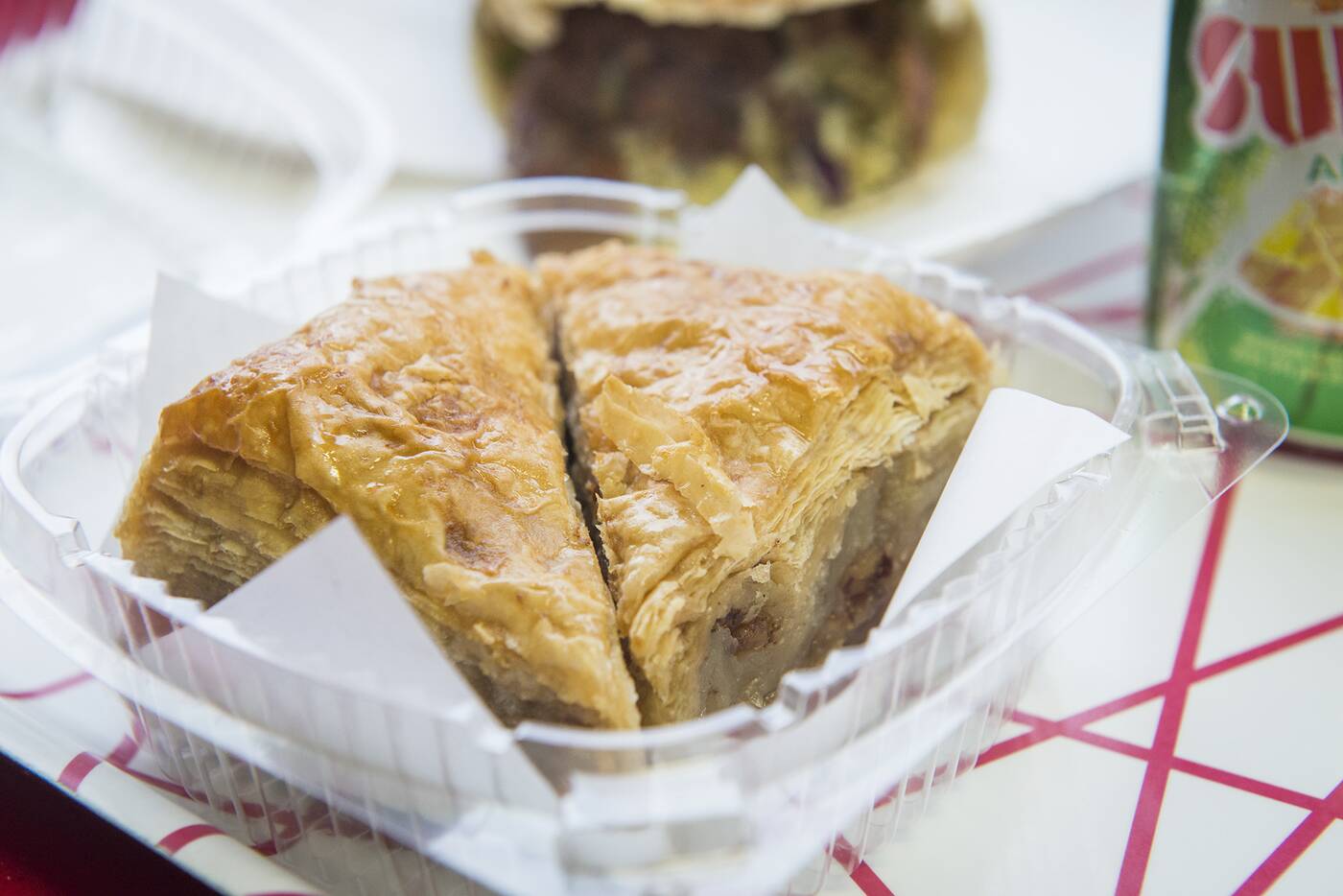 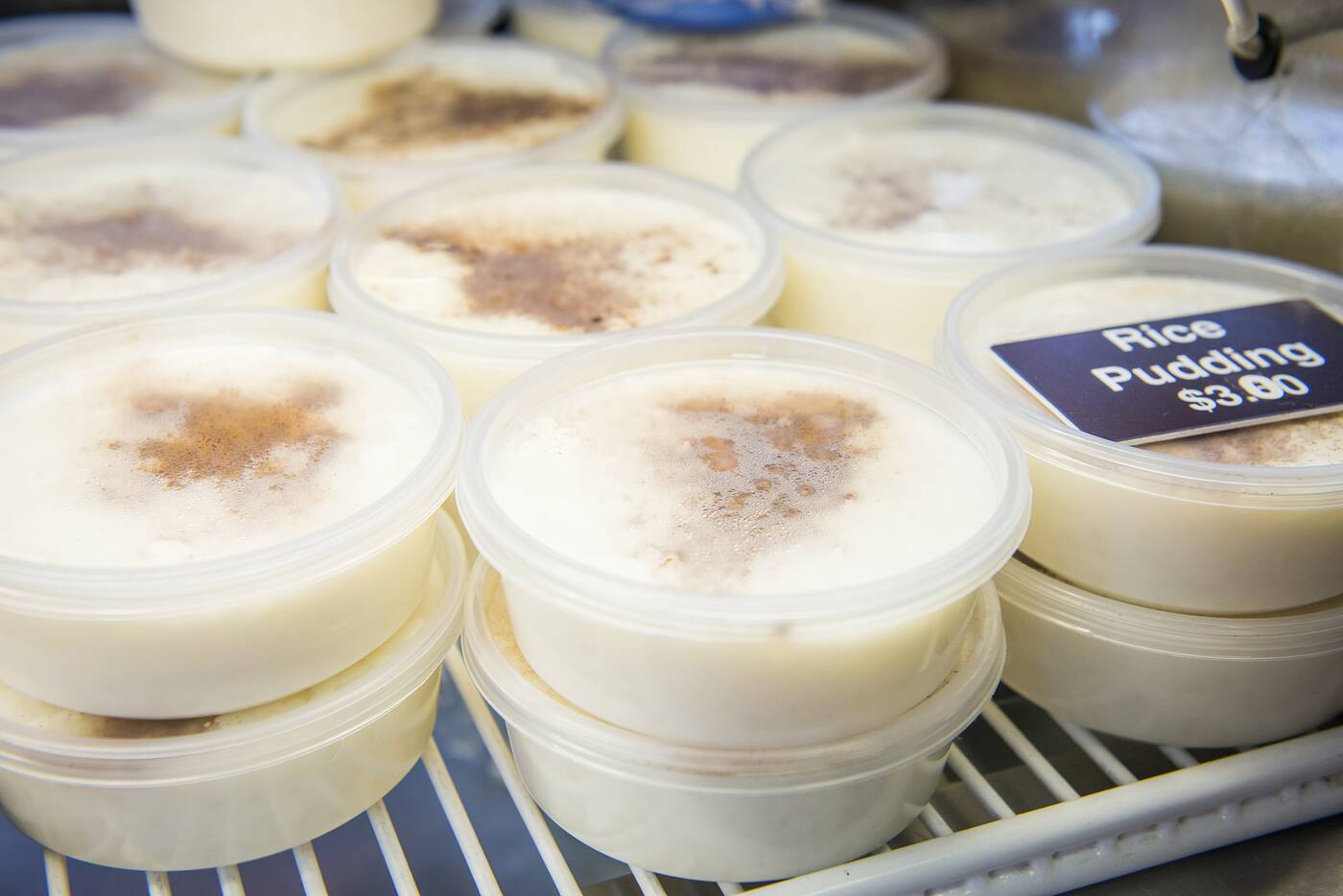 Their rice pudding ($3) is so popular there’s even a sign on the side of the menu advertising a testimonial from a regular customer about it. 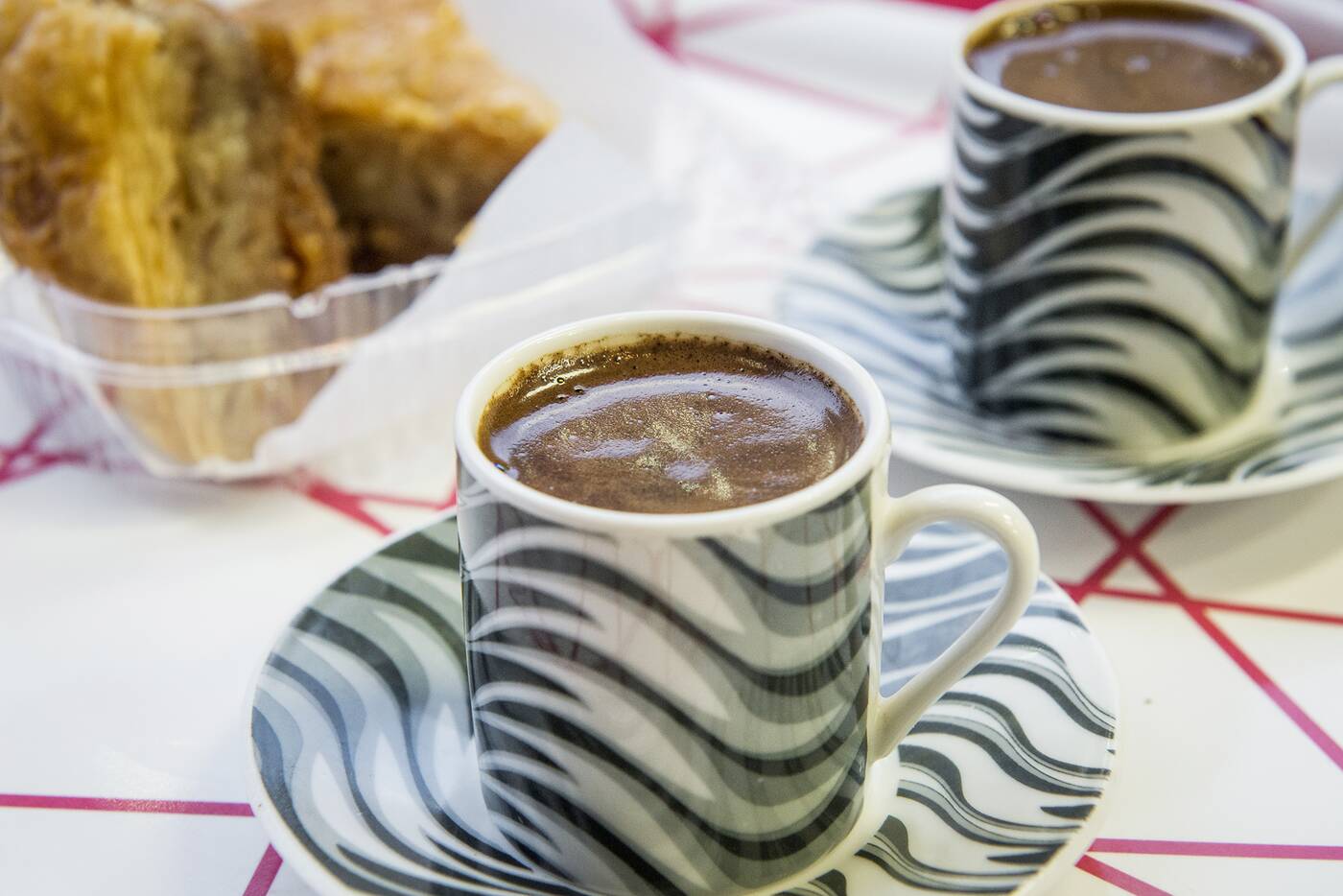 Finally, finish up with some Turkish coffee ($2), bitter, grainy, and potent, boiled authentically in a copper pot. 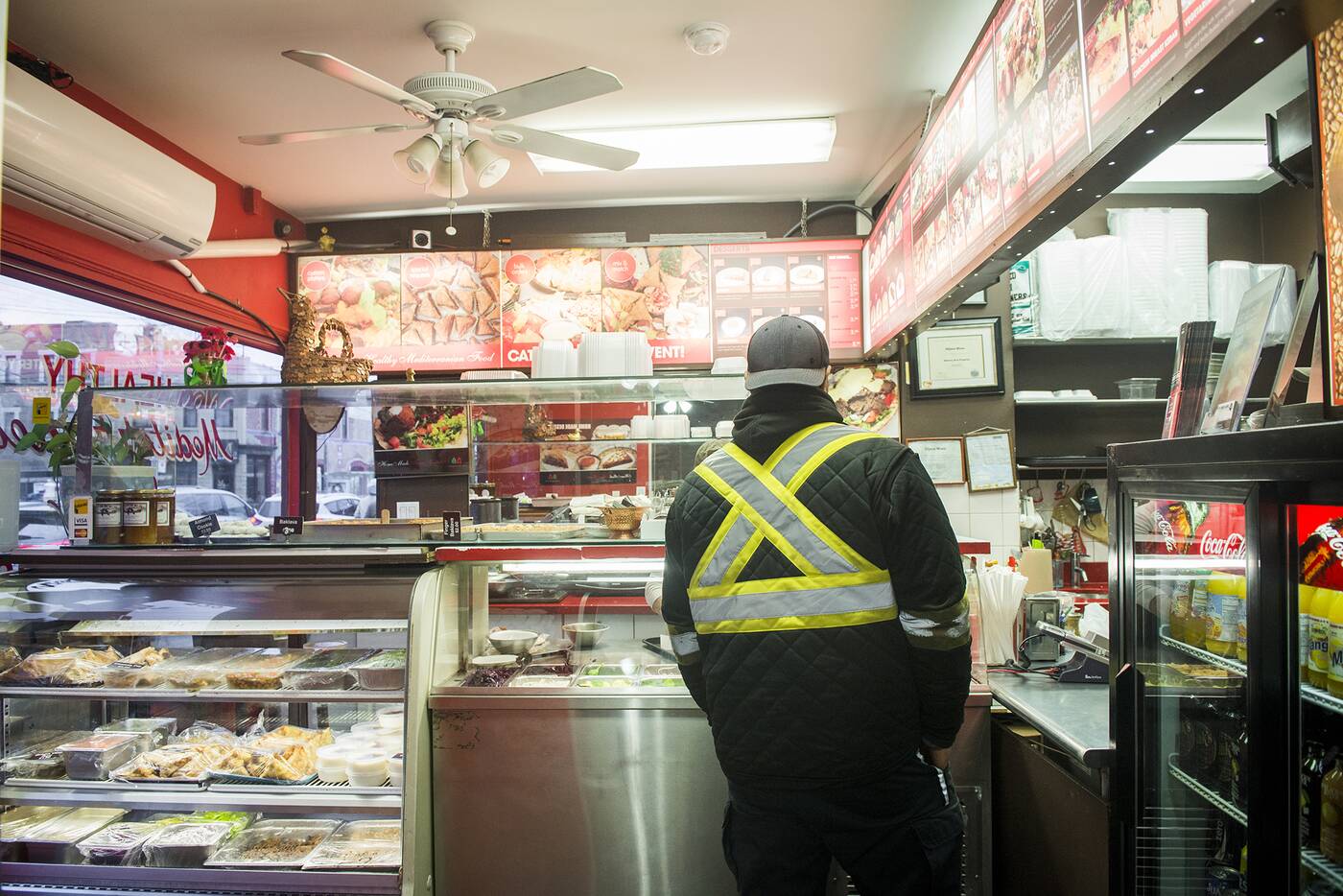 Though this place gets the vast majority of its business from takeout, they also deliver, cater, and there’s a fair amount of space within its casual confines to sit and chow down. 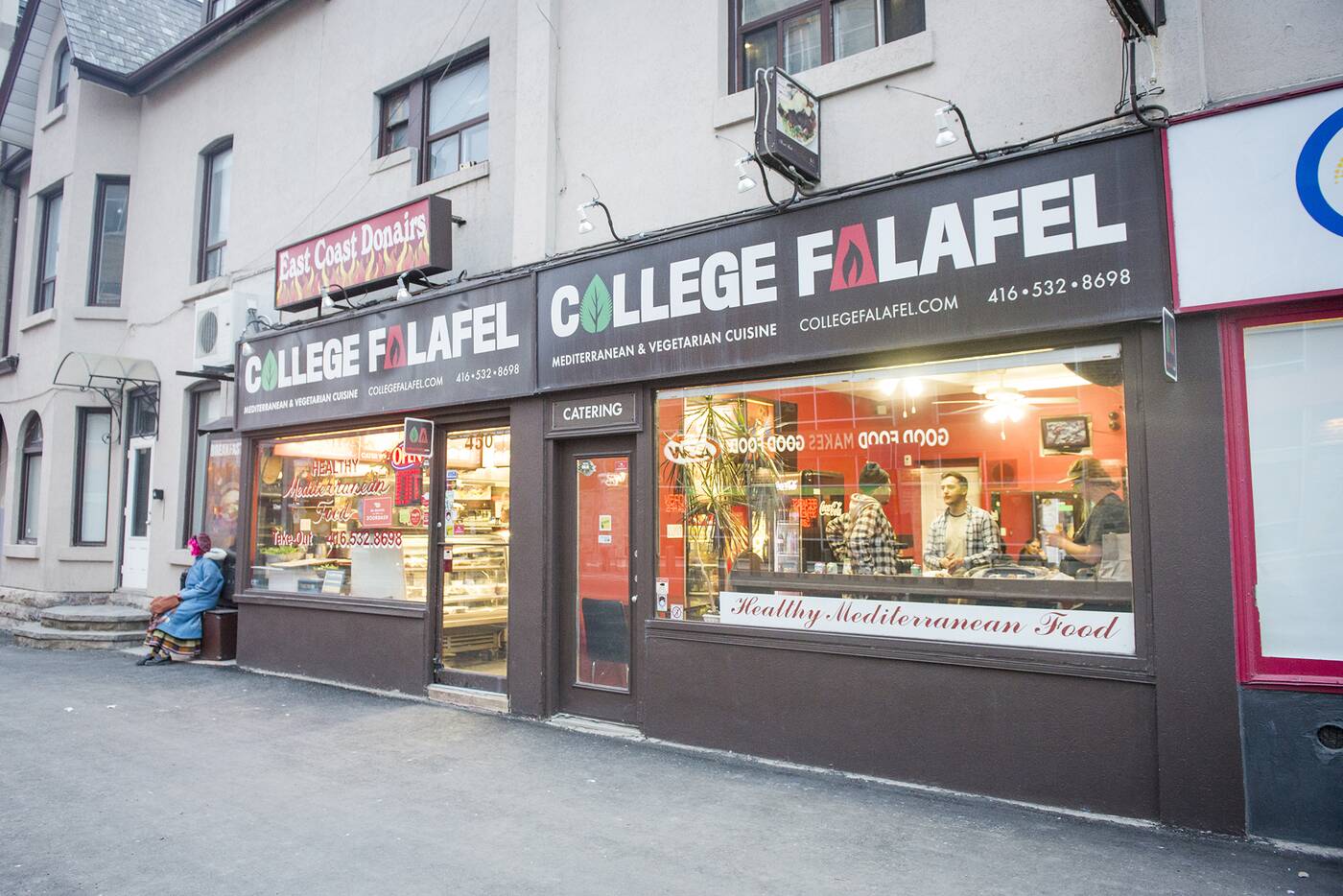 The Best Halal Restaurants in Toronto