Cluck, Grunt, and Low brings to Toronto's Annex neighbourhood the exciting taste of slow and smoky southern barbecue - in an area dominated by cheap sushi joints .

Initially a joint venture by esteemed Toronto chefs Marc Thuet and Paul Boehmer (who has since moved on to other endeavors), the resto/bar opened in July 2007 to fanfare and mixed reviews . Admittedly late on the bandwagon, I decided to check out what all the fuss was about. I dropped in, taste buds ready, to learn more. 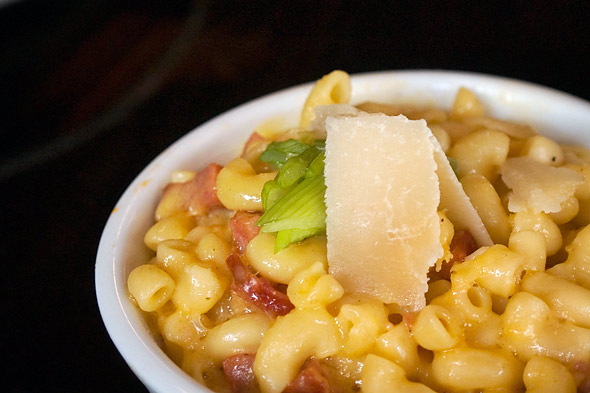 First up was the Virginia Macaroni & Cheese (small $6, large $12). This isn't your everyday, neon orange, college kid snack. CGL has taken mac n' cheese to new heights - the pasta is smothered in a lovely blend of four cheeses tossed with bite-sized chunks of Louisiana sausage, and topped with a thin shaving of aged Parmesan. What impressed me most is its balanced flavour - it's cheesy and the seasoned sausage imparts just enough saltiness to make it all meld well. 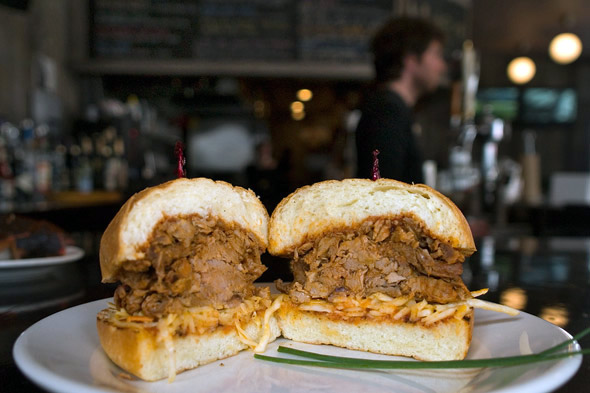 According to staff, another rather popular menu item is the Carolina pulled pork sandwich ($9). Served on a soft "pain au lait" bun from Thuet Bistro Bakery , on top of a thin layer of slaw lays a generous heap of sweet and saucy seasoned pork. The meat is tender, the sauce doesn't overpower, and (impressively) it's not at all messy. But what's southern BBQ without a little finger licking? On to some ribs... 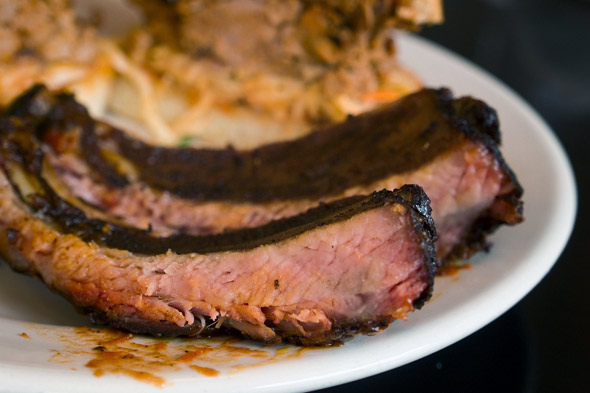 This was the part of my dining experience that made the camera shutter button a little sticky and the bowl of lemon water necessary. CGL's slow cooked Kansas Sticky Ribs (half rack $15, full rack $26) score high on tangy and smoky flavour and have a decent level of heat. They come off the bone with ease, but they're definitely a little drier than I'd like them to be, which is disappointing. 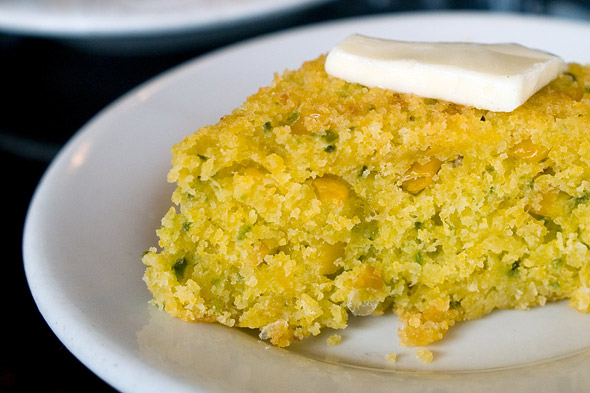 Sides I tried (the beans and coleslaw) were decent but nothing to rave about, but there are many I haven't had the chance to try. That said, the cornbread that I had to finish off the meal was simply divine. Soft yet full of substance (chunks of corn throughout) and an attractive yellow glow, the sweet-heat-bite of cornbread, with the cooling, thickness of butter was a real treat. I wouldn't go back to CGL without getting the cornbread again. 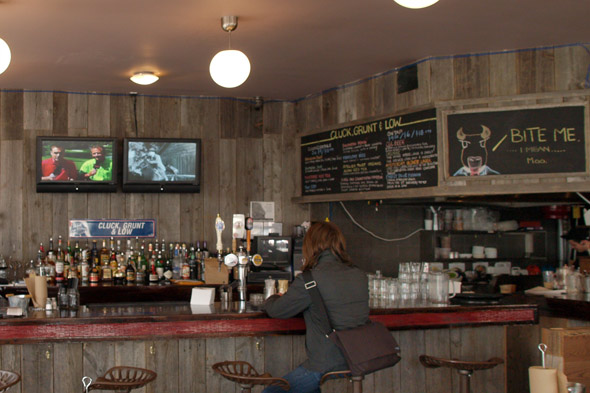 One minor drawback to the Annex restaurant is the absence of an on-site smoker (and hence the absence of the heavy, lingering smoke aroma you might otherwise experience). CGL do their meat smoking off-site at their smoker up near Bayview & Eglinton, and have since (already!) opened a 2nd, smaller eatery at that location .

Although prices at CGL are a little higher than many of the nearby cheap eats restos, I'd argue that the little more you pay at CGL is worth the satisfied feeling you'll likely get from the smoky meat eats the experience affords.

In warmer months, the licensed outdoor patio and wide-open garage-style doors are sure to be a serious draw as well - especially with the wide selection of southern style cocktails they offer.