Casa Imperial is currently open but their offerings and services may be affected due to the pandemic. Please contact the business directly for more information about any changes. Is this your business? Please contact us if you would like to update this message.

Casa Imperial is one of Toronto's best, most extravagant and yet most unusual destinations for dim sum.

Housed in a converted mansion that used to be home to a steakhouse, expect to find noodles and dumplings but with over-the-top modern twists. 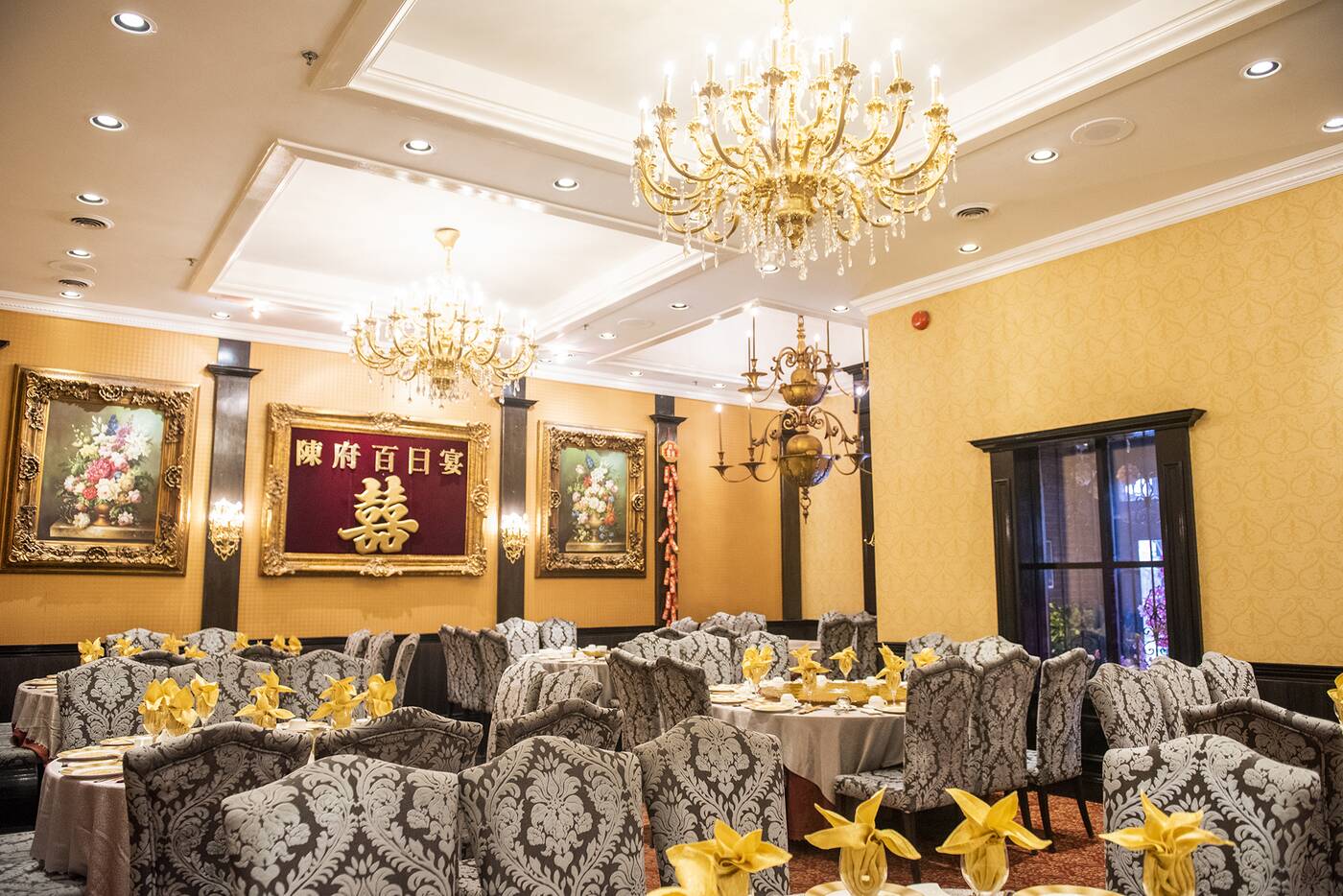 Three levels are decked out in ornate chandeliers, paintings and gleaming wood. A main dining area with soaring high ceilings seats 100 while the rest of the opulent space is divided into more intimate areas, including sequestered private rooms.

This isn't all-you-can-eat. Dim sum items are priced by size, roughly from small to extra large, with most items falling under the medium or large categories. 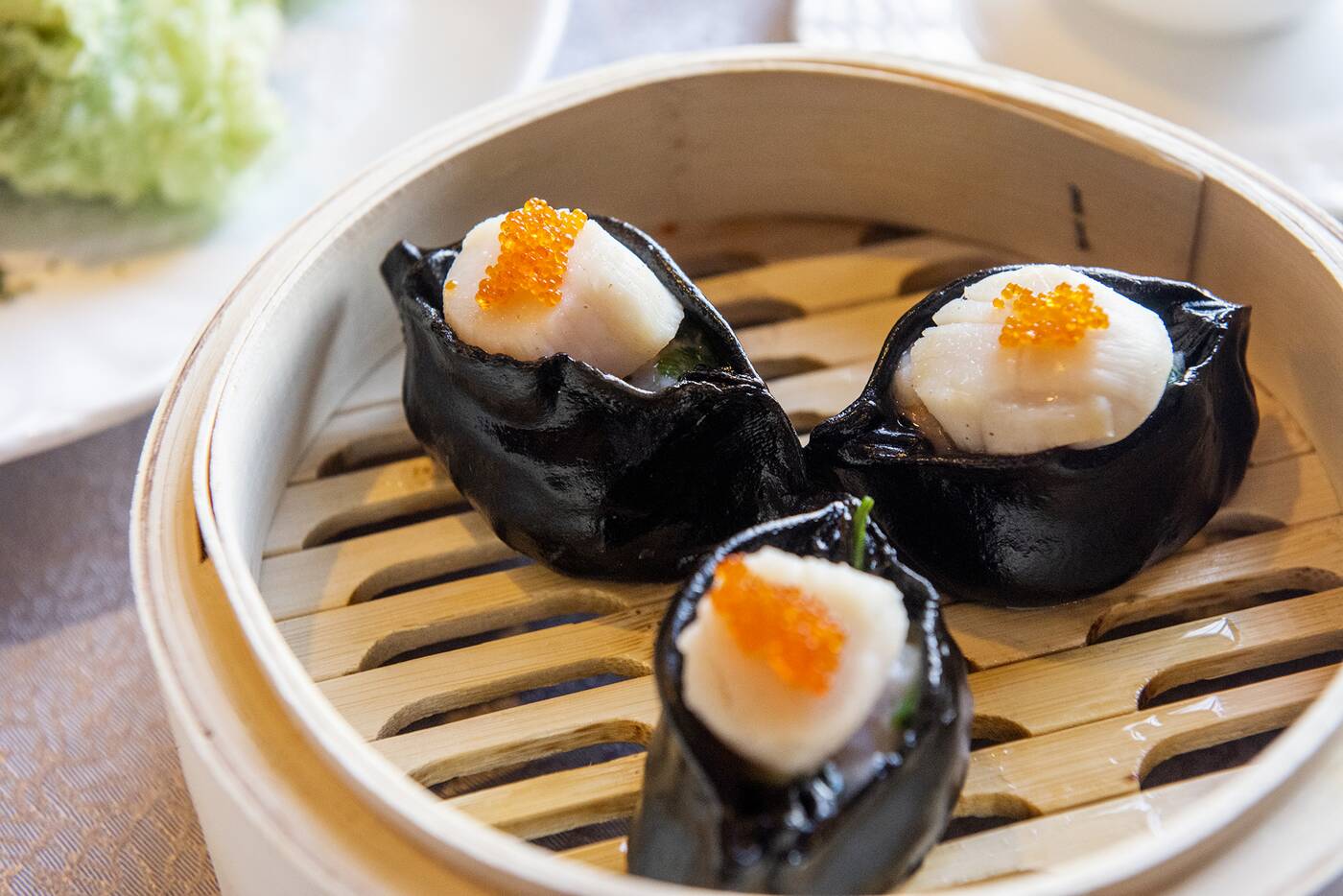 Scallop and spinach dumplings are categorized as "large" though only three come in an order. That said, each dumpling is difficult to eat in one bite. Served in traditional baskets, the skin is coloured black with sesame, a more flavourful but just as bold alternative to squid ink or charcoal.

They're stuffed with a funky paste of shrimp and spinach and topped with a decently sized scallop and some fish eggs. 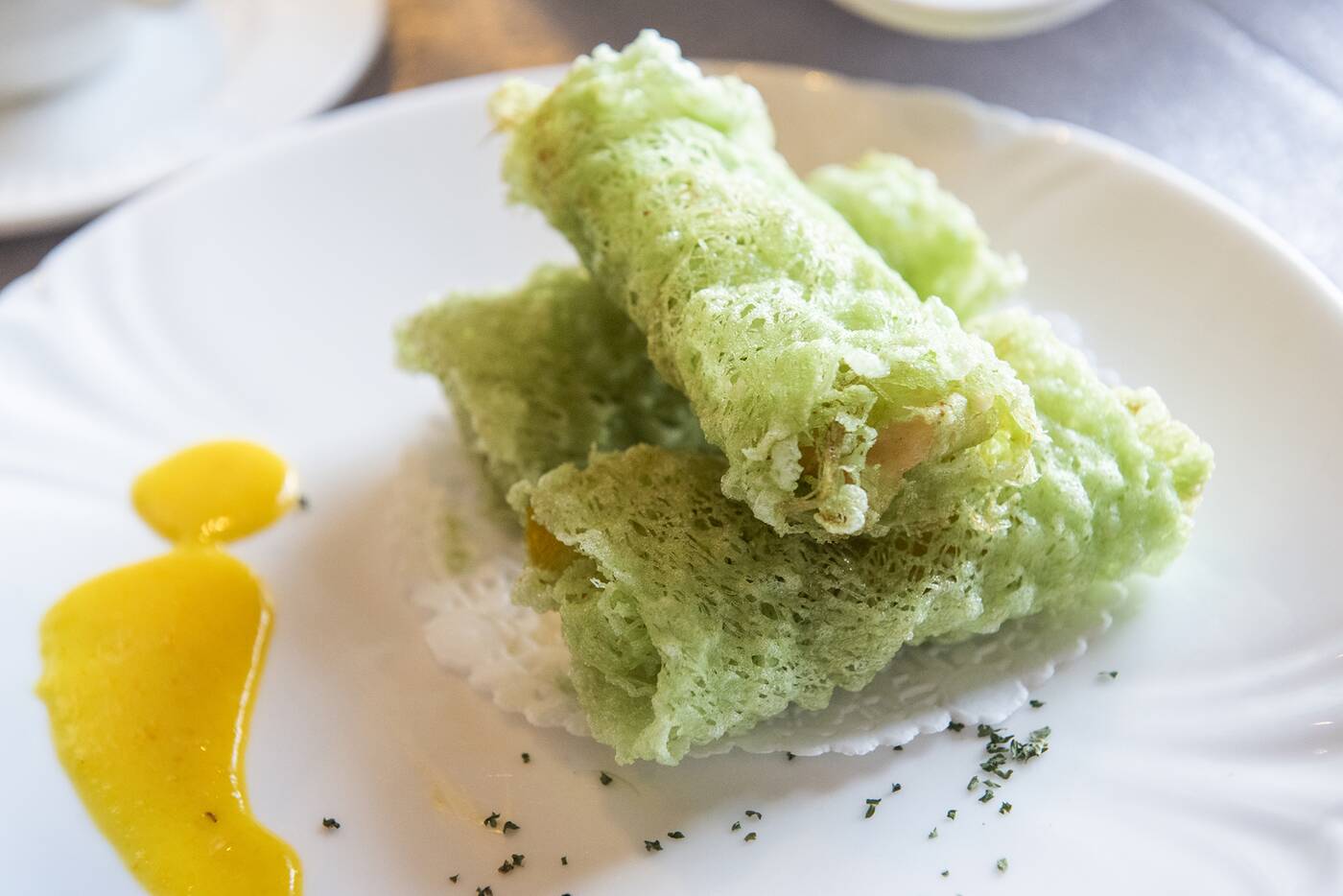 A crispy spinach nest shrimp roll with peach is also a "large" order of three: essentially a shrimp roll but with the wrapper done in a puffy, crunchy "bird's nest" style. The shrimp and peach filling gets a little lost in the airy nest, but the atypical combination works and there's a nice sweet peach sauce on the side. 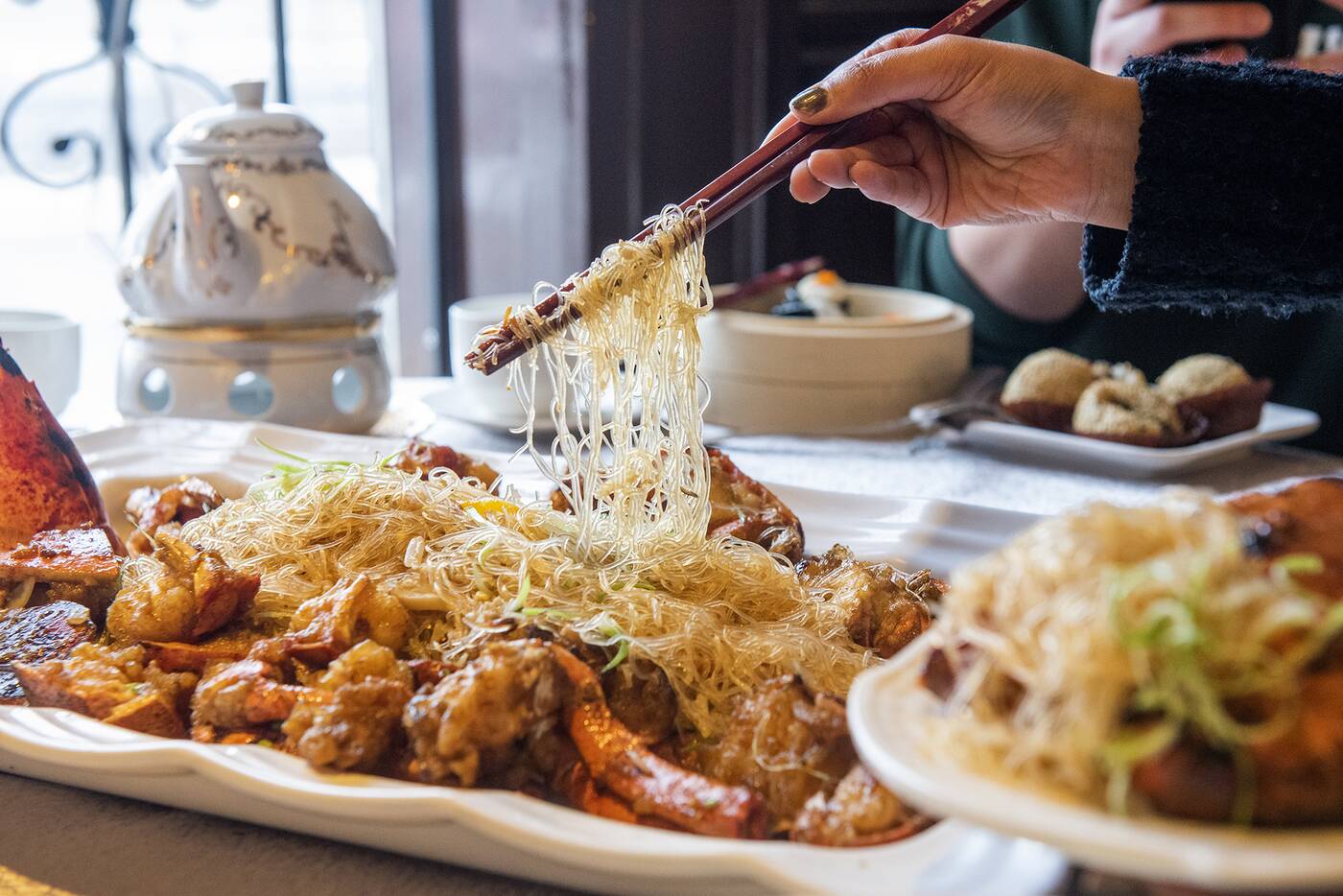 Lobster ($30 a pound), like all seafood here, is cooked in your choice of style. You can get it stir-fried, poached, or baked, but the most popular mode of preparation is sauteed with Maggi sauce (a concentrated seasoning sauce) and served surrounding a heap of vermicelli. 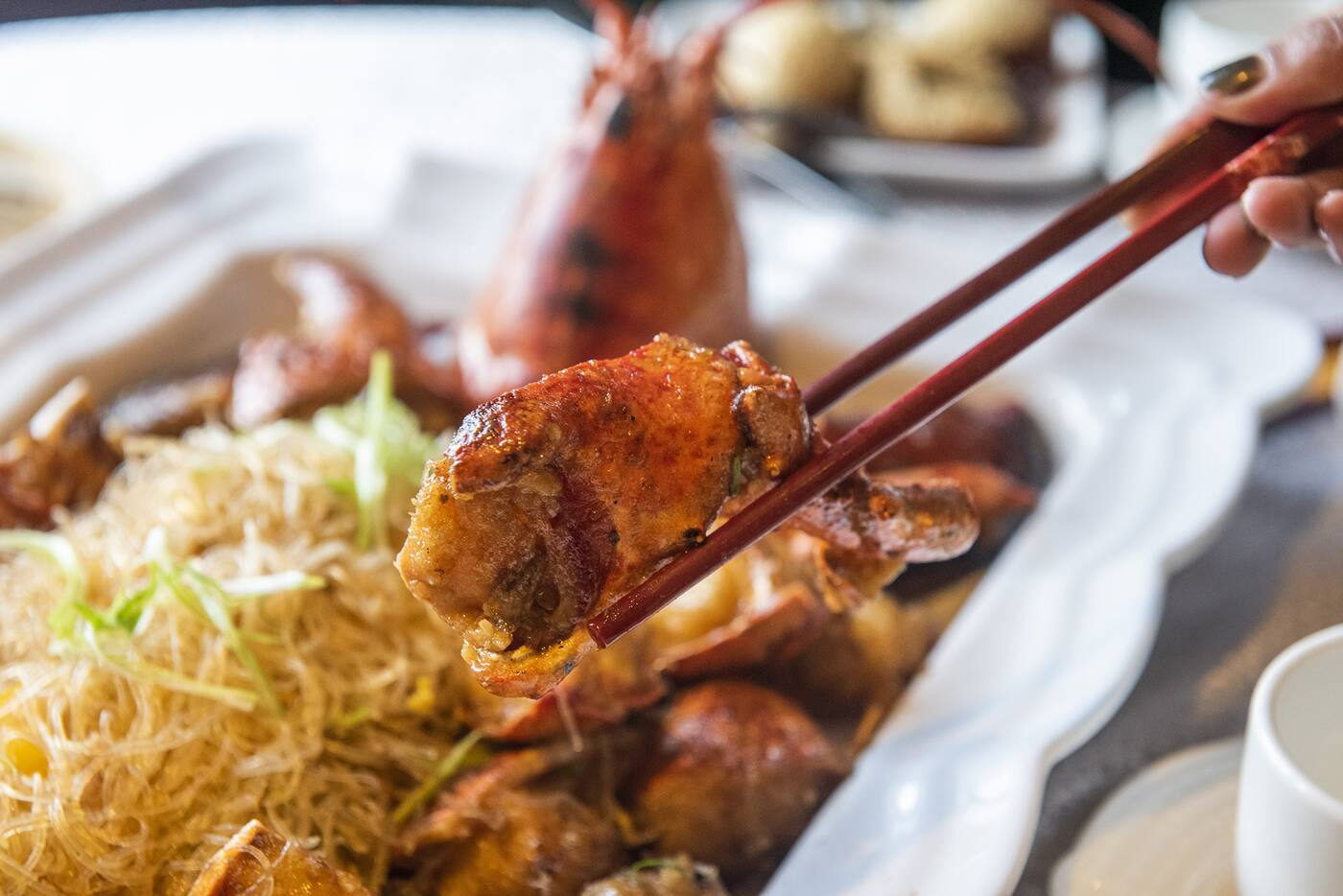 The lobster is cooked separately from the noodles and served conveniently broken down, succulent and sweet but slightly funky with a sticky, caramelized outside. 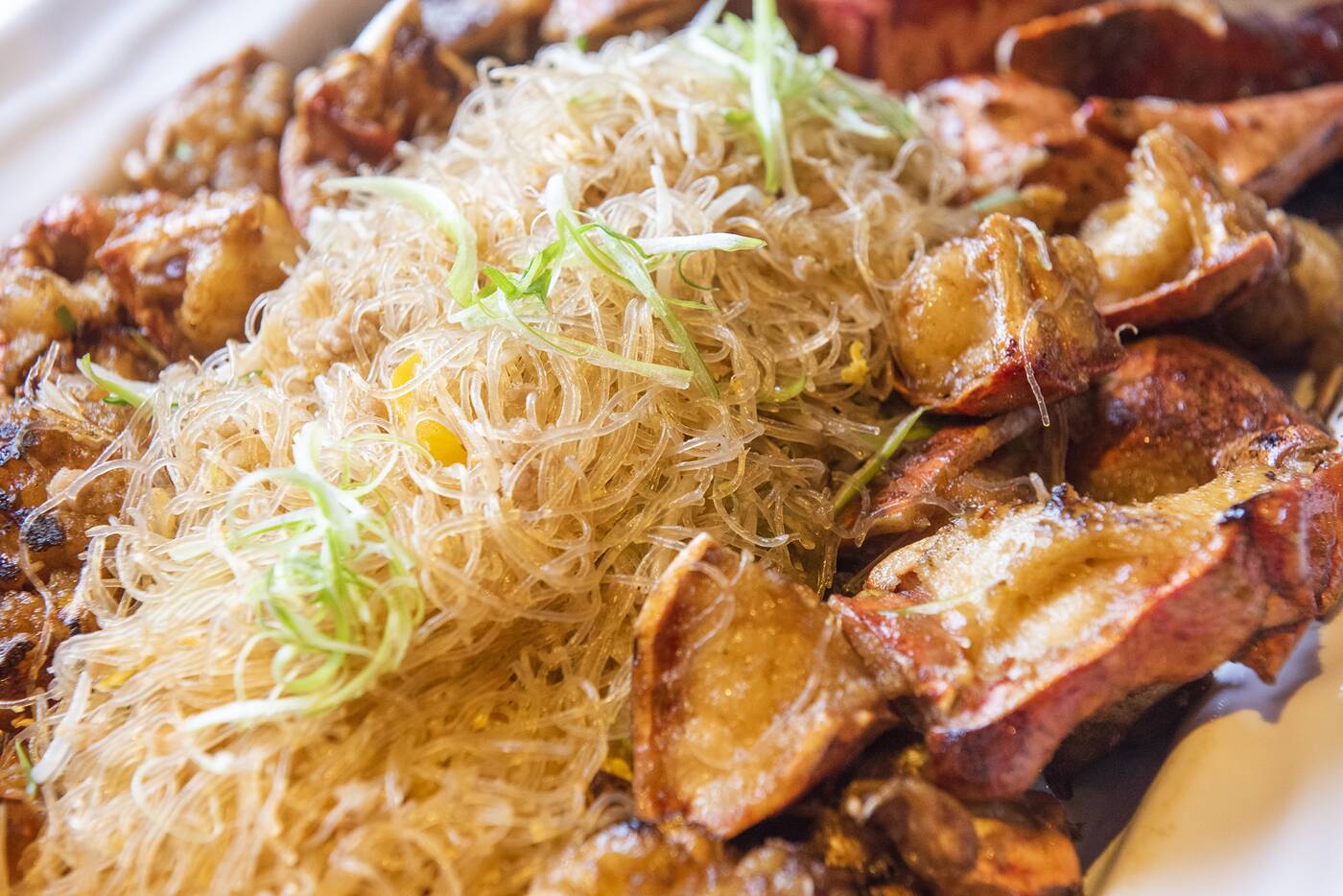 Their stir-fried vermicelli is apparently internationally award-winning. The preparation employs a special technique to ensure the noodles remain separate and don't congeal into clumps. With minced pork, egg, bean sprouts and crab meat, it's only slightly greasy and full-flavoured. 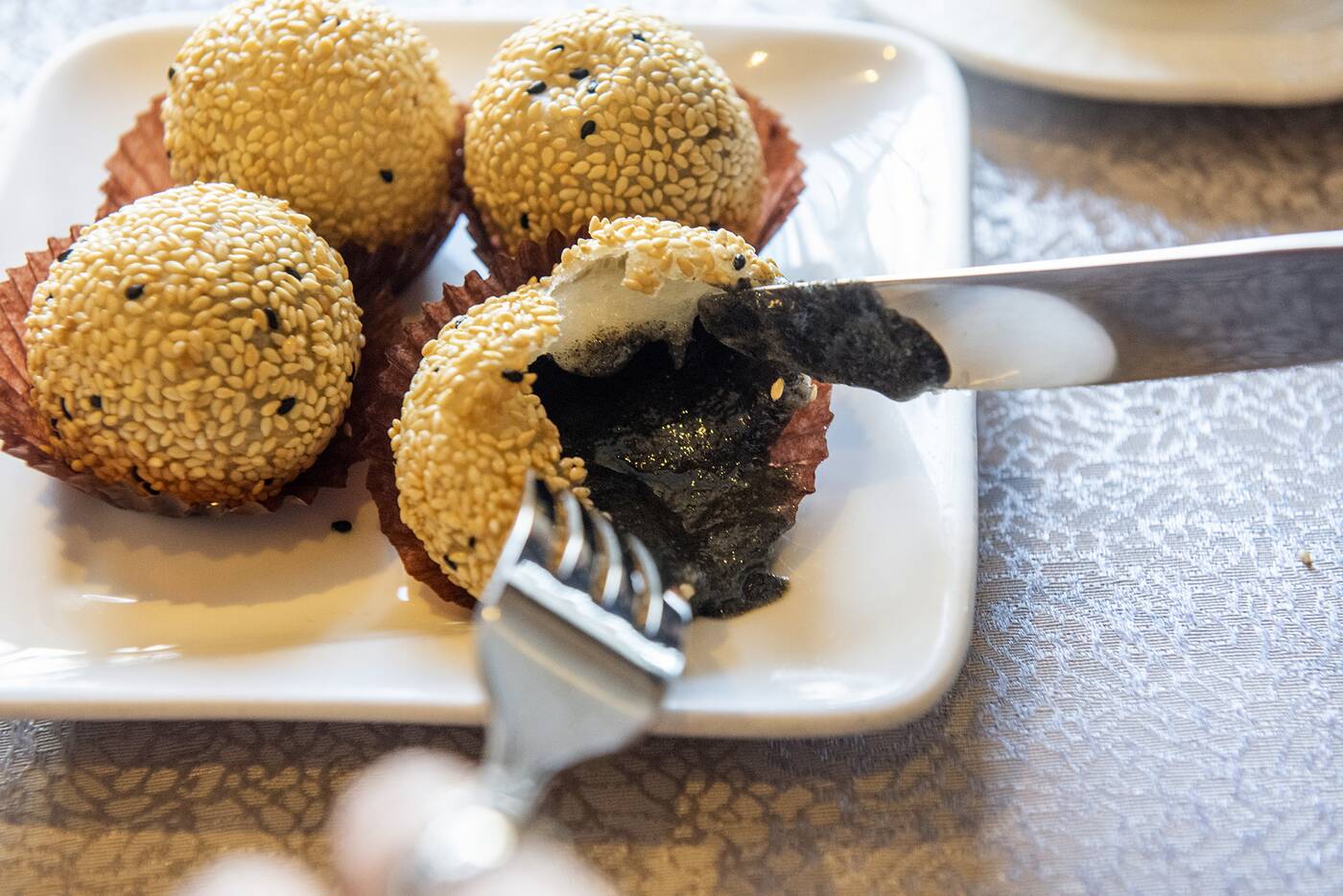 For dessert there are crispy black sesame balls, soft and nutty with an abundance of flowing sesame paste filling. They're airy and sweet without being overly chewy or sticky. 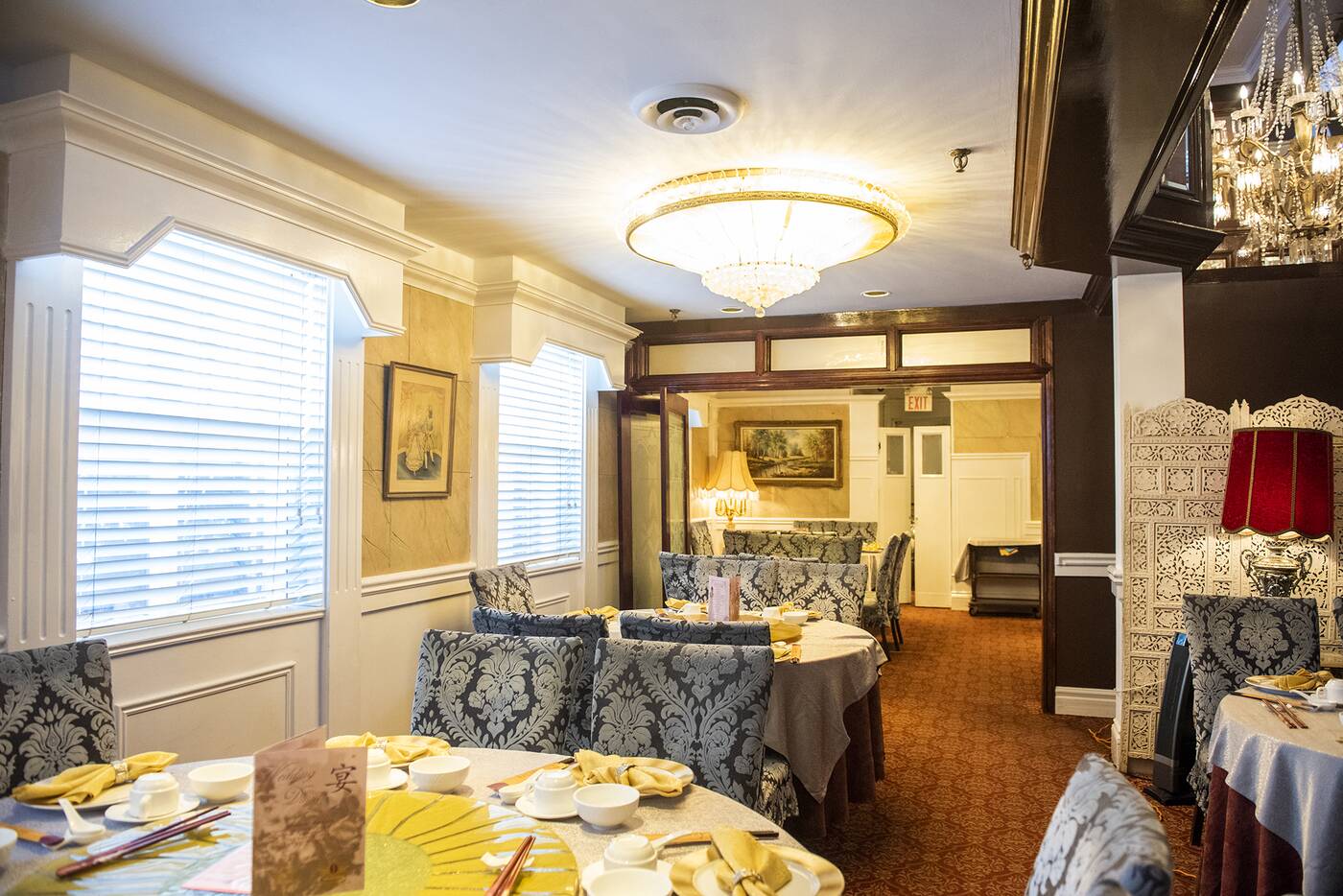 With so much space and the capacity to feed so many, Casa Imperial is a popular choice for wedding receptions and overflows during Chinese New Year. 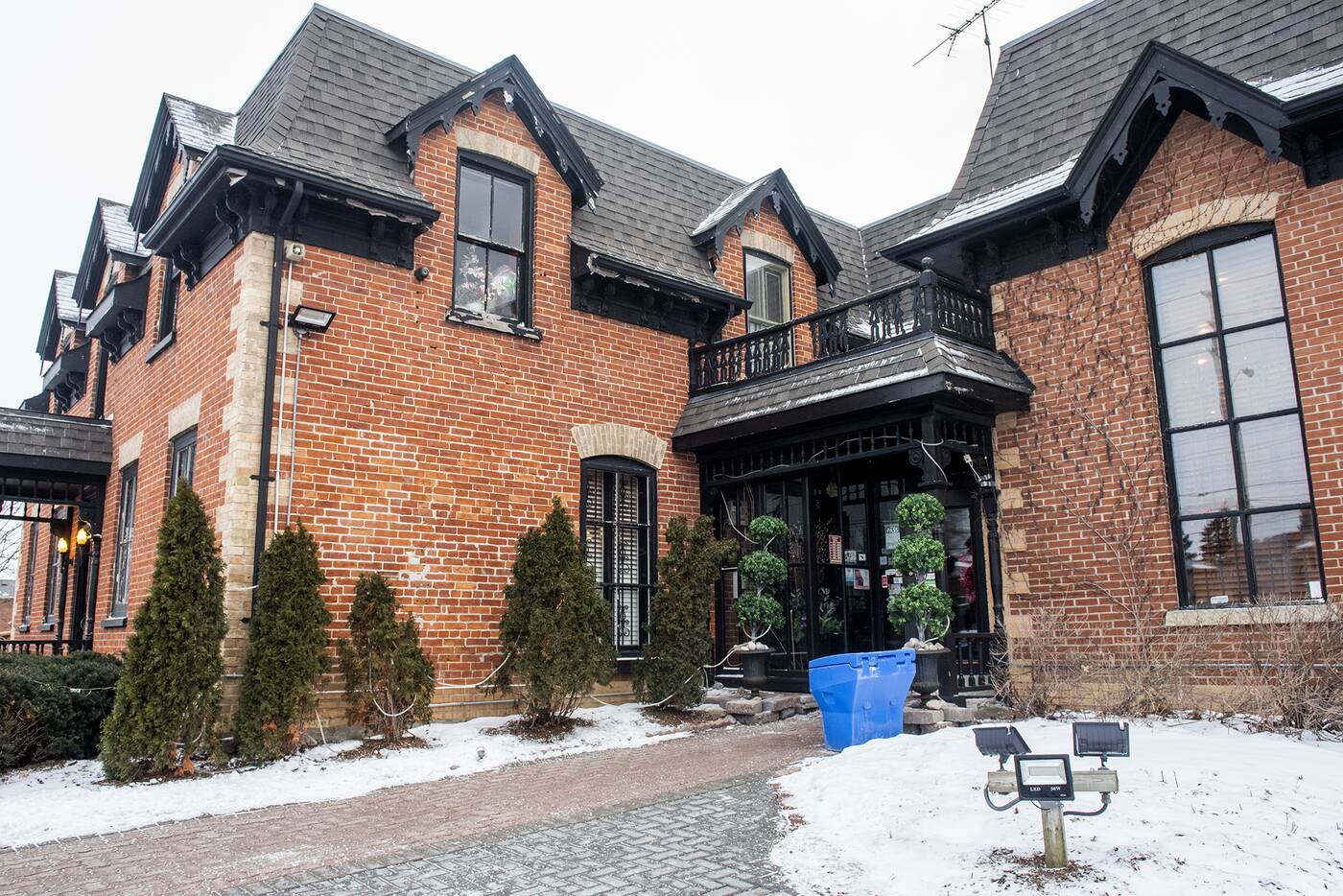 The Best Dim Sum in Toronto