Cadillac Jenkins, a Caribbean snack bar at Queen and Shaw, fills a gap in the neighbourhood's food options with some spicy seafood-heavy bites and sharing platters, as well as another solid brunch option in an area that teems with hungry locals on the weekend.

Owner Tyrone Gayle is a veteran Toronto DJ (the place takes its name from his selector moniker), and in decorating the spot, he's emphasised his musical leanings, with favourite album covers on the wall, and a pair of wall features made from repurposed 12" discs that have been sprayed bright gold.

He also has a large stack of vinyl behind the bar, and promises to play any records that guests bring in. 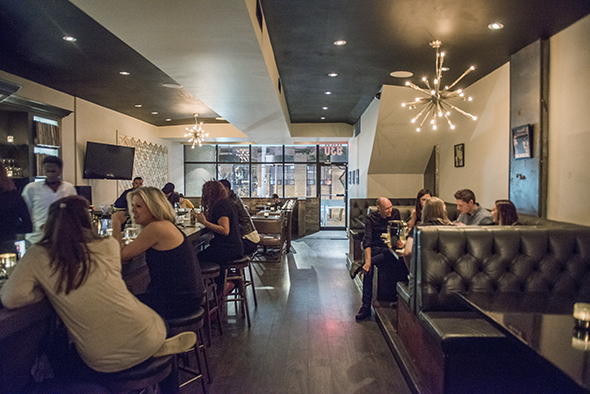 The 45 seats are broken up amongst a series of comfy leather chairs, barstools, and spacious semi-circular booths that accommodate up to 6 people, making it ideal for cosy get-togethers. The music beats to a steady pulse of jazzy vibes, hip hop, and clubby rhythms, with DJs taking up a spot at the bar on weekends to keep toes tapping. 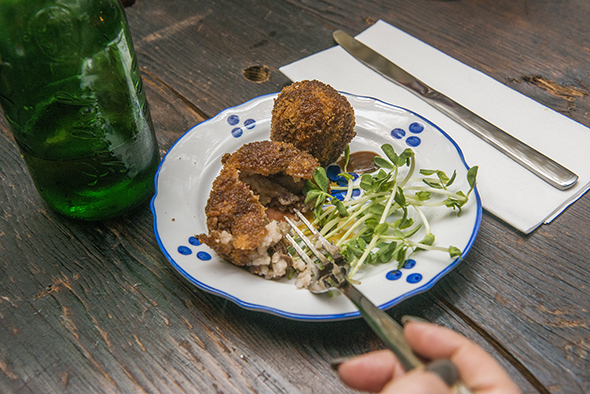 Food is handled by chef Ryan Michailoff ( Maple Leaf Tavern , Table 17 ), who's worked with Tyrone to realise his vision of translated and accessible island cuisine. 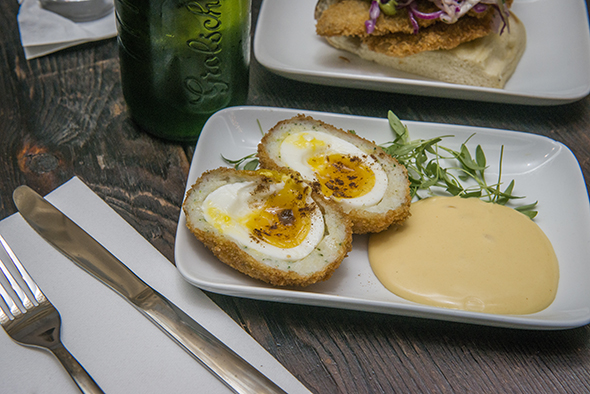 Snacks run from between eight and twelve dollars, and include a shrimp and scallop scotch egg ($10), served with a spicy habanero hollandaise. The yolk is gloriously rich and gooey inside, and the seafood sausage it's encased in holds together beautifully. 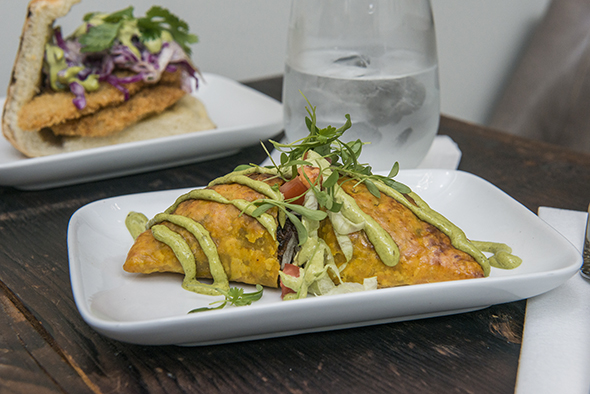 The Jerk Chicken Sandwich ($10) features a breaded thigh on a coco bun with slaw and a scallion-jalapeno cream. 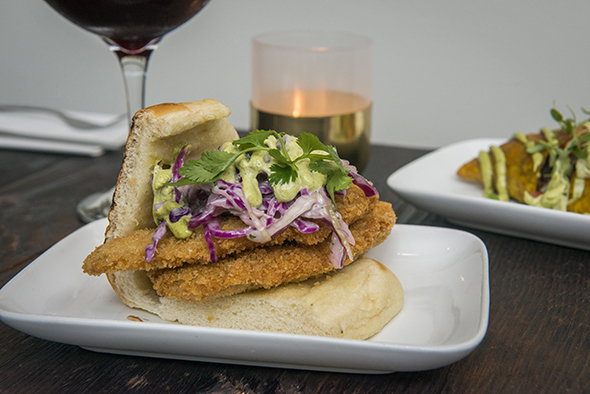 The 'Rae & Nephew' ($12) is a beef cheek patty stuffed with grilled jerk chicken, and topped with an avocado cream. 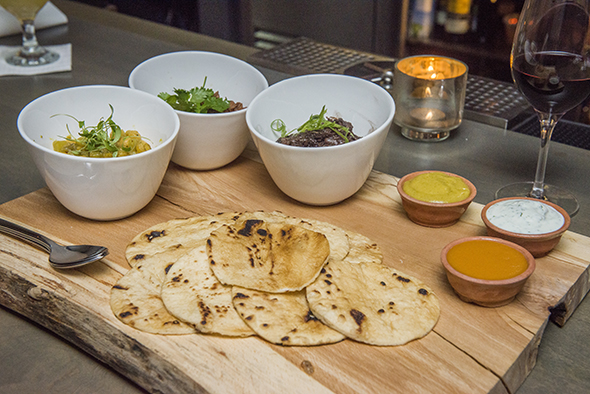 There's also a number of sharing plates, with prices ranging from $39 to $52, including whole jerk chicken, salt-crusted whole fish, a seafood platter of lobster, shrimp and scallop ceviche, and the roti three ways ($40). The roti come with bowls of braised oxtail, curry goat, and West Indian channa.

Cocktails are given a lighter touch than the serious fare served up by the previous tenants , and with prices between ten and twelve dollars, are extremely reasonable for the area. 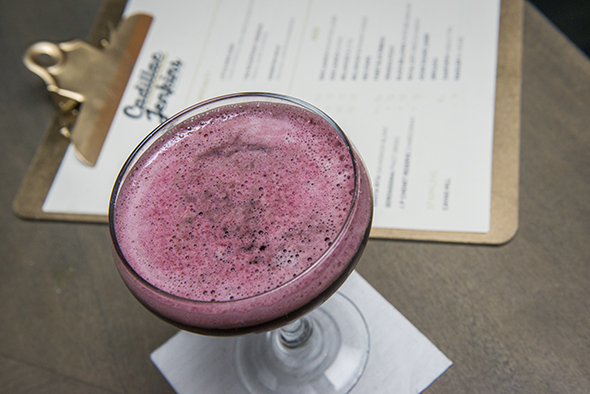 We tried the Drown Your Sorrels ($11), a delicious blend of traditionally spiced Jamaican hibiscus flowers with Dillon's Rose Gin and soda.

The Lawda Mercy Rum Punch ($10) mixes up a serious amount of rum with fresh tropical fruits, and there's also a healthy beer selection ($6-$12) that takes in brews from Side Launch and Bellwoods Brewery alongside island favourites like Red Stripe and Dragon Stout. 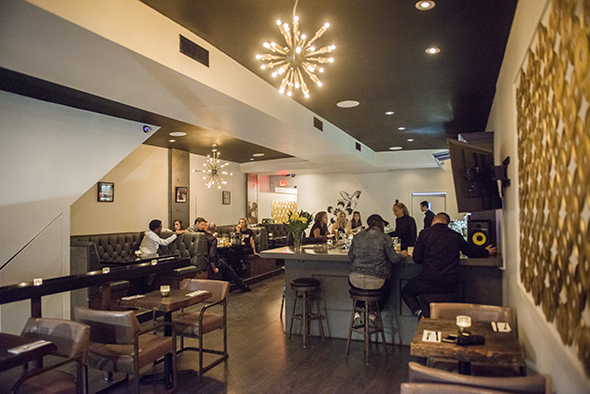 With most of the neighbouring options keeping more traditional restaurant hours, it's great to have a reliable option for a late night drink and snack, and you shouldn't be surprised to find industry locals winding down after service with a beer and a coco bun. 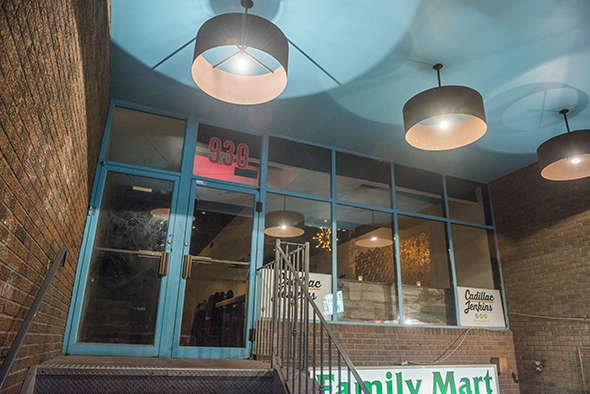