Brownstone Bistro has been on the corner of Yonge and Gloucester for 15 years, making it somewhat of a landmark in the ever-changing landscape on the country's longest street. After a stint on Restaurant Takeover in 2012, a revitalized Brownstone opened with a menu big on comfort classics and boozy cocktails.

The interior is positively posh, with comfortable booths covered in plush teal, black table-tops and silver Great Gatsby -like wallpaper blending with pub features like the large flat-screen TV that anchors the bar. 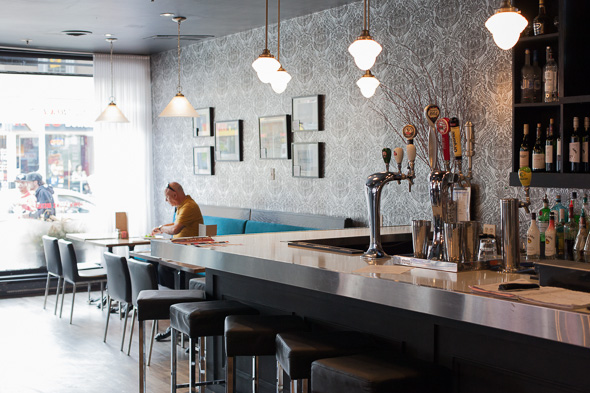 With a decent selection of domestic and imports on tap, clever cocktails, and wines by the glass and bottle, having a liquid lunch is pretty easy to accomplish here - especially with the sunny corner patio overlooking Yonge beckoning. A pint of Steam Whistle ($7) hit the spot, as did the sunny Hawaiian Lemonade ($6.50), which packs a nice punch with vodka and pineapple juice. 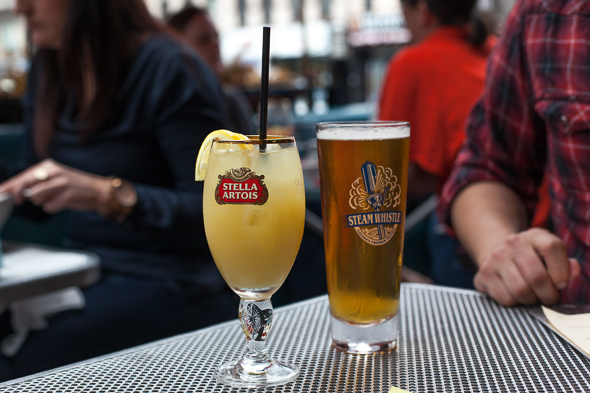 Father and son Adel and Mark Yacoub run the show, including the kitchen, which is staffed with line cooks. The menu takes influence from informal tastings from regulars and recipes that were supplied by Restaurant Takeover , but make more fiscal sense as a rotating special and not a menu addition. You'll find usual suspects like burgers, sandwiches, salads, and brunch on weekends. 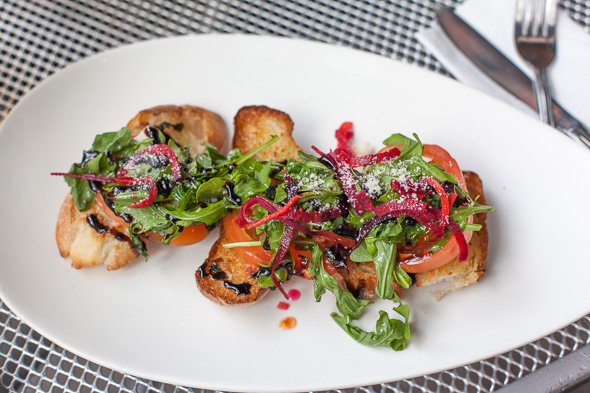 The menu takes pub classics and puts a different spin on them, like the deconstructed brushchetta ($10). This assemble-it-yourself bruschetta comes loosely dressed with arugula, bocconcini, a drizzle of balsamic and a lattice weave of beet curls. Whole tomatoes make the bites a twitch more awkward than the traditional diced tomato approach, but it was a small sacrifice for the punchy and fresh flavour. 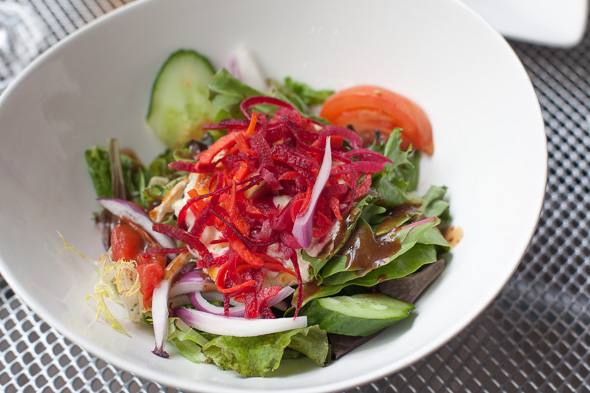 Goat cheese salad ($13) comes dressed similarly to the bruschetta, with more decorative beets thrown in for good measure. Under all the purple hides a slightly melted portion of goat cheese resting on a warm portobello mushroom. While it's a little smallish in terms of portion size, it's definitely a good bet as a light starter.

Although they don't have a wood burning oven, their pizzas are still a good option. Sticking with the veggie theme, the four seasons pizza ($15) comes loaded with red peppers, mushrooms, broccoli, and more creamy bocconcini cheese. 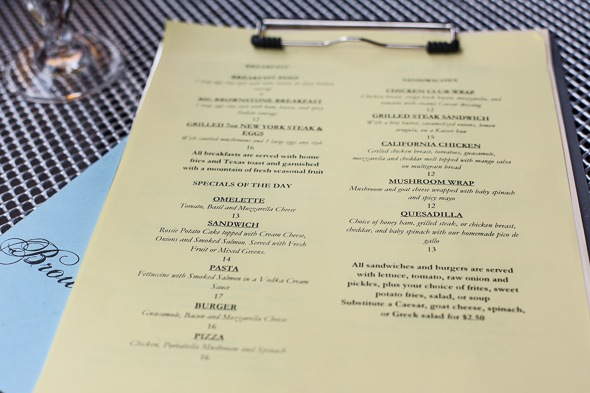 After eating such a healthy lunch, digging into some dessert seems like a no-brainer. Cherry cheesecake ($6.50) although not made in house, is still rich and decadent, although a tad overdone with the whipped cream and chocolate syrup garnish. Coffee ($2.50) is topped up regularly by the attentive servers. 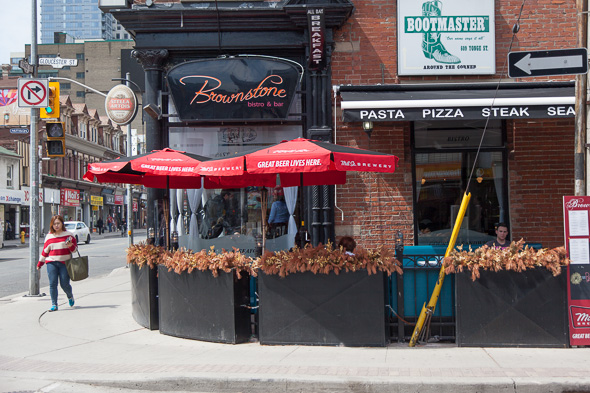