Bombay Street Food Co. is the first bricks and mortar restaurant from sisters-in-law Amreen and Seema Omar, a duo that's been making the rounds at farmers' markets, pop-up dinners, and vendors at Market 707 over last couple of years.

Now settled into a permanent address on Bay St. where the What A Bagel used to be, the restaurant brings a taste of Mumbai street food to Toronto in a fun and informal environment. 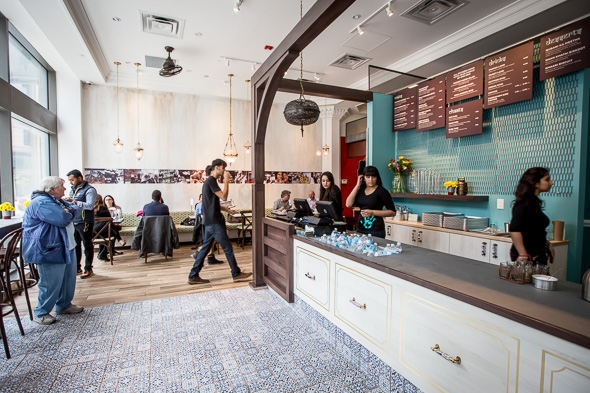 The setting is casual but vibrant, with patterned tile floors, walls swathed in bright colours, and photos of scenes from Mumbai. Selections and payment are done at the central order counter, while dishes are delivered to the tables by food runners.

To call this place an Indian sandwich shop would not be unfair. The menu majors in chaats, pav sandwiches and desserts served in individual portions. 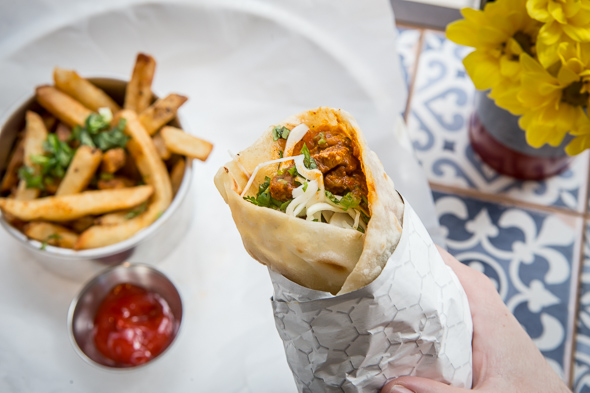 The handheld options include the Chicken Frankie ($11.95), a burrito-like roll featuring tender morsels of chicken marinated in yogurt and spices and then nestled into a soft egg-dipped roti that's made in-house.

Each main includes a choice of side dish from options like gunpowder fries dusted in spices, a house salad tossed in coconut lime dressing, or basmati rice topped with lentil stew. 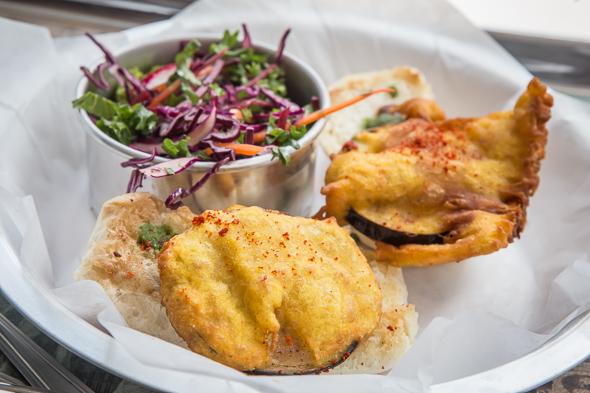 Eggplant Bhaaji Pav ($11.95) is an instant favourite for me. The toasty, buttered pav buns are commissioned by Cobbs and topped with deep fried eggplant coated in a golden chickpea batter. Condiments like the red chili and coconut chutney and kachumber , a salad of chopped tomatoes, cucumber and onions, finish it off with a hit of extra sweetness as well as crunchy fresh notes.

The salad on the side offers a medley of kale, cabbage, beets, carrots and radish. It's tasty enough, though the dressing doesn't really resonate, and I could use some sort of crunchy, crouton-esque component. 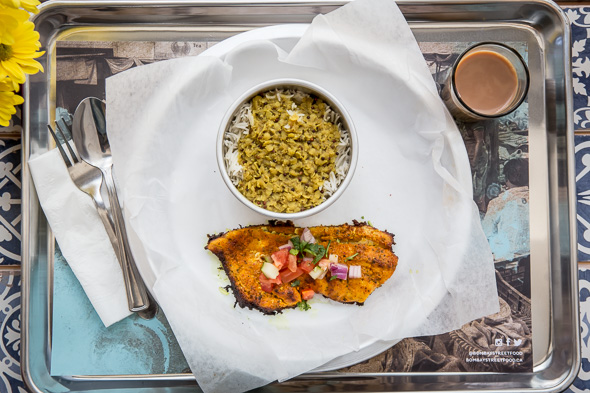 The side of daal chawal rice ordered alongside my Masala Haddock ($12.95) feels more substantial, and the lentil stew is aromatic and flavourful as promised. The broiled fish is among the few, non-sandwich options. It's very good too; the masala spices caramelize and crisp up at the edges of the fillet. 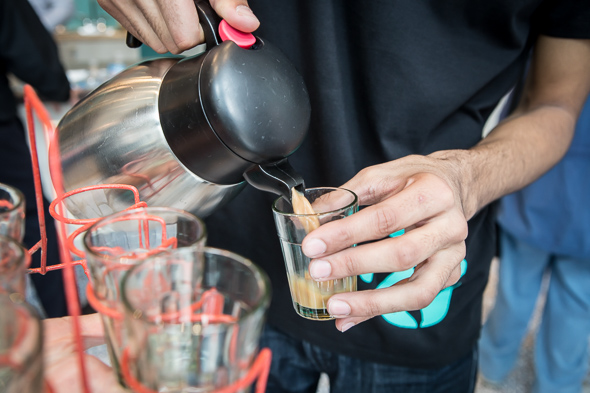 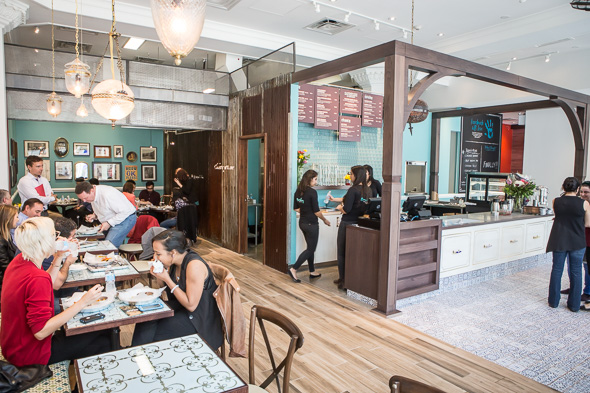 While dining in offers all the sights, sounds and sizzle of street food, I'm also intrigued by the delivery options advertised to arrive in tiered tiffin boxes inspired by the Dabbawallas of Mumbai. 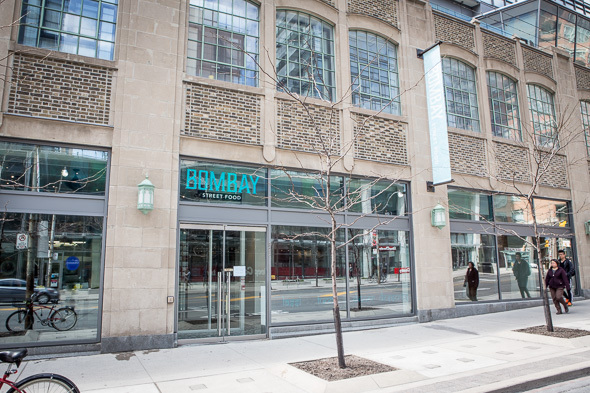