Blowfish on King is now the only Blowfish in Toronto following a split between its owners. The location on Bay is now Kanata while the King Street restaurant has its original moniker.

The upmarket sushi bar is sporting a new look and a new menu. House favourites like the spicy rock shrimp ($10) endure, but chef Daniel Ken is a native of Brazil and he's introducing a little Latin flavour to the typically Japanese dishes. 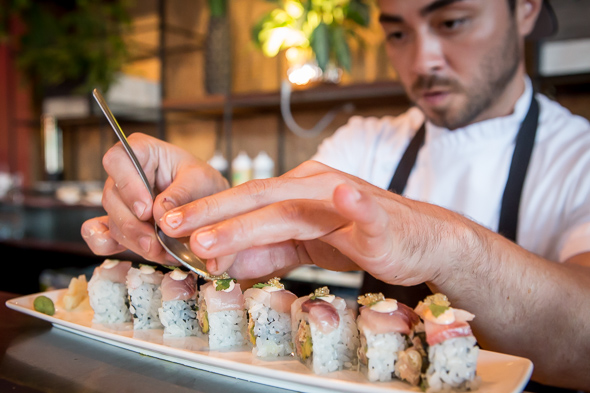 The fusion might seem novel here in Hogtown, but dishes like jalapeno hamachi ($18) and pineapple salmon makimono ($13) are quite natural considering Brazil is home to the largest Japanese population outside of Japan. 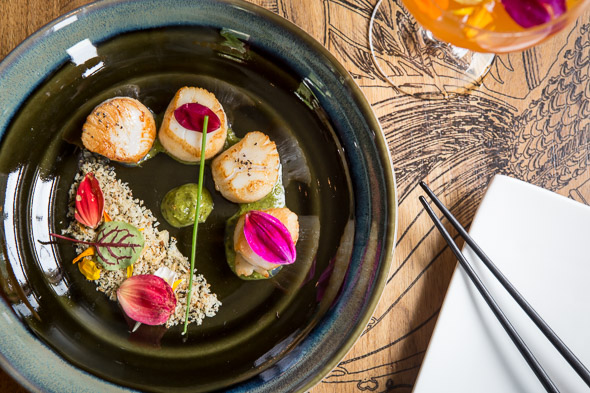 Pan-seared sea scallops ($16) over shiso chimichurri is a stunner. The plump scallops are plated alongside a pile of seasoned Panko crumbs that add a crunchy component. The dish comes decorated with flower petals, which seems to match the new decor too. 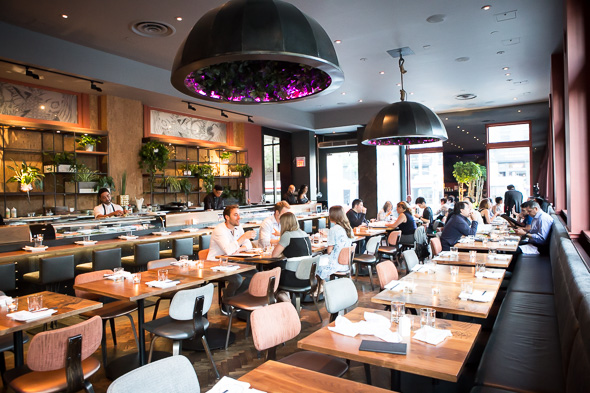 The dining room features accents of greenery, oversized lampshades sprouting plants and natural textures, like cork, behind the bar. 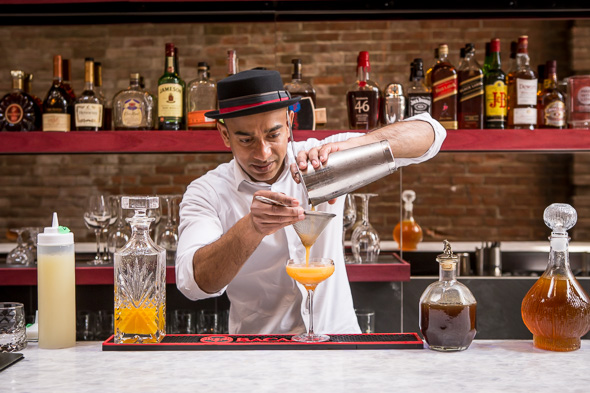 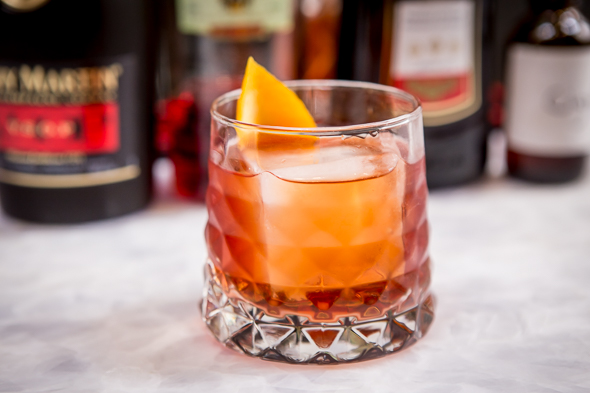 The Boulevard du Crime ($23) is a heavy hitting three-ounce drink. Neplungoda shakes Remy Martin, campari and sweet vermouth together and pours the mixture over ice. It boasts subtle smoky notes from cigar tincture. 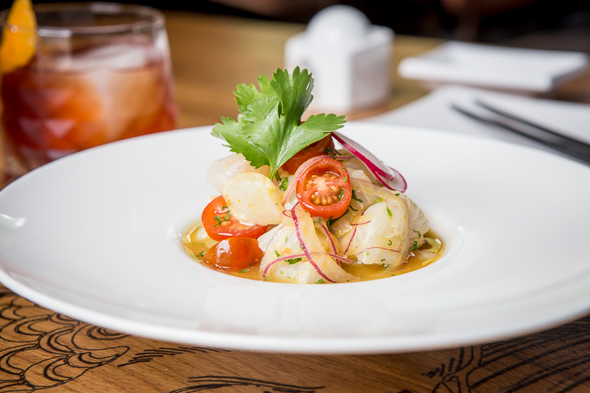 The potent cocktail pairs well with the ceviche ($18), a predominately Latin dish with an Asian twist. Whitefish, red onions, cherry tomatoes, aji and amarillo are marinated together in tiger's milk spiked with dashi. 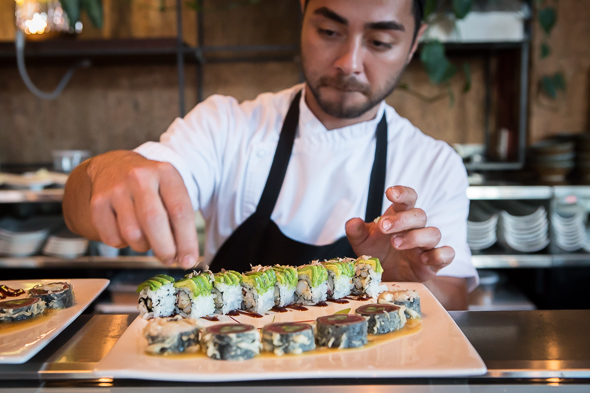 An a la carte sushi is still a menu highlight. Go omakase (MP) for an array of chef specialties and playful creations. 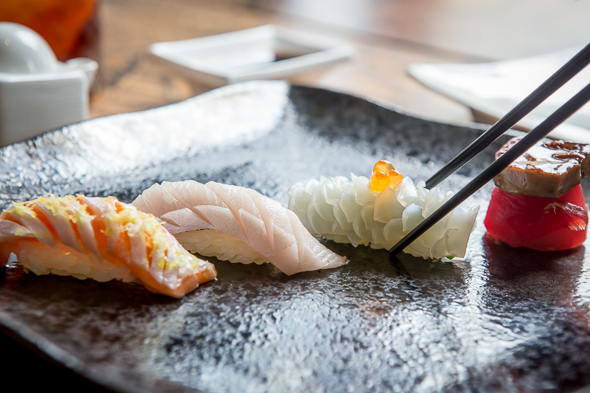 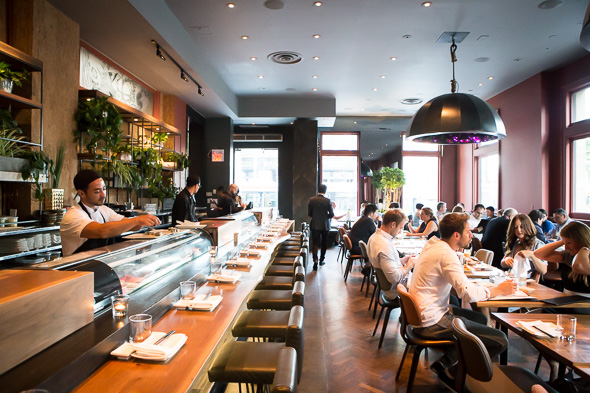 The revamped Blowfish is unexpectedly refreshing. The cosmetic changes have quite literally infused a little life into the place while the menu of Brazilian-Japanese dishes features some exciting flavours. 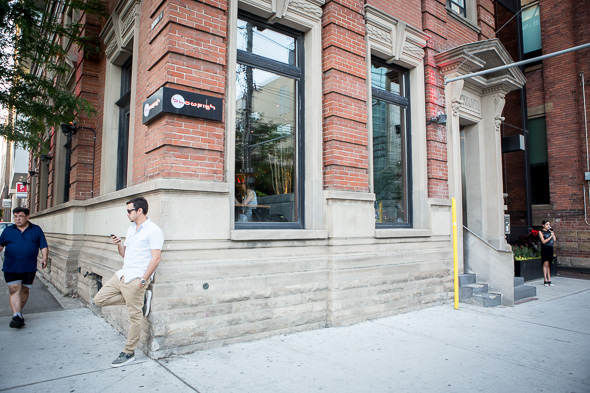