The restaurant is headed by Chef Donghwi Jang, who has trained under Chef Yoshinaga Tsuyoshi of Kasa Moto and Shoushin repute. 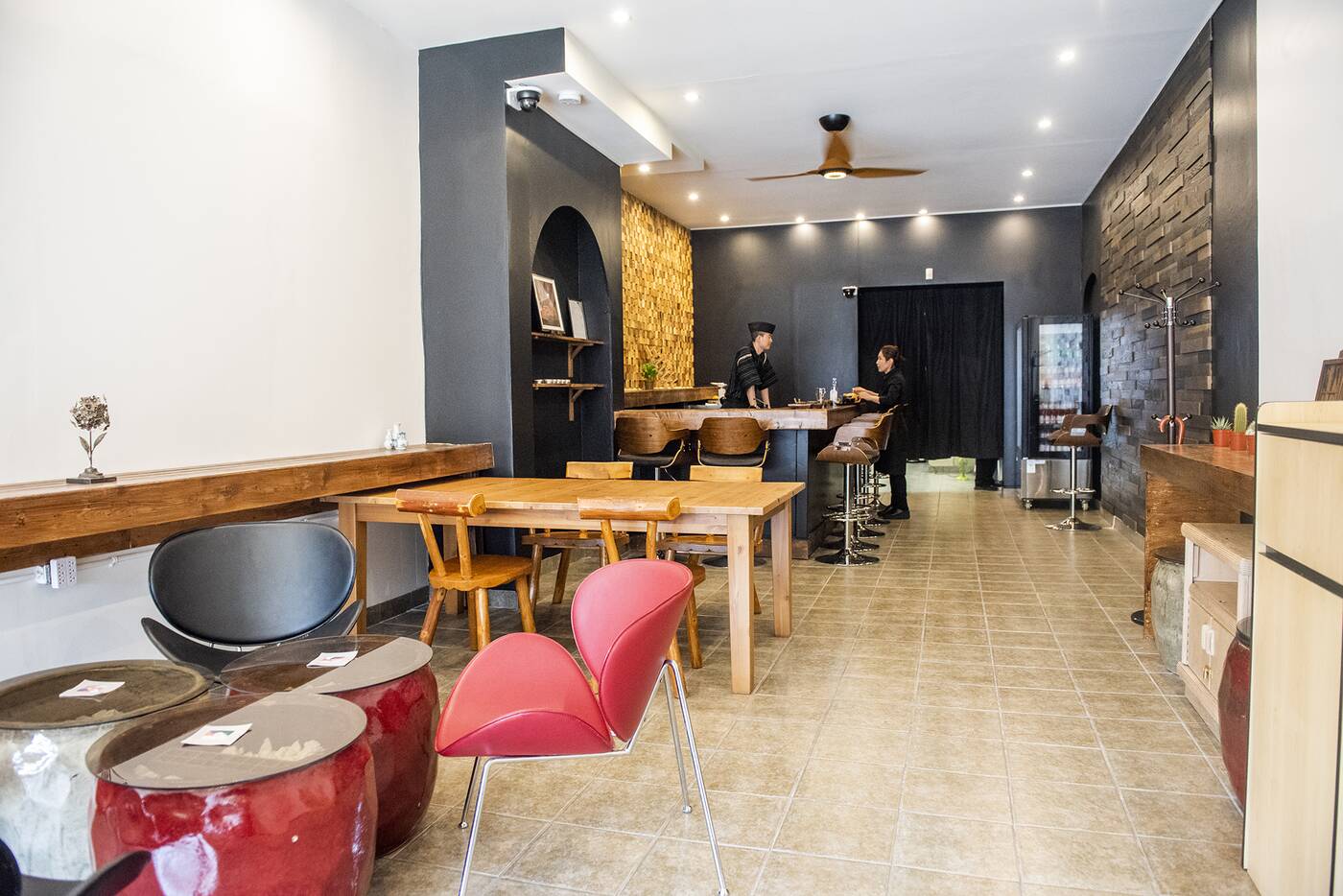 Unlike other omakase in the city, Kaito focuses on using seasonal saltwater fish for their sushi—the closer the better, when it comes to sourcing. 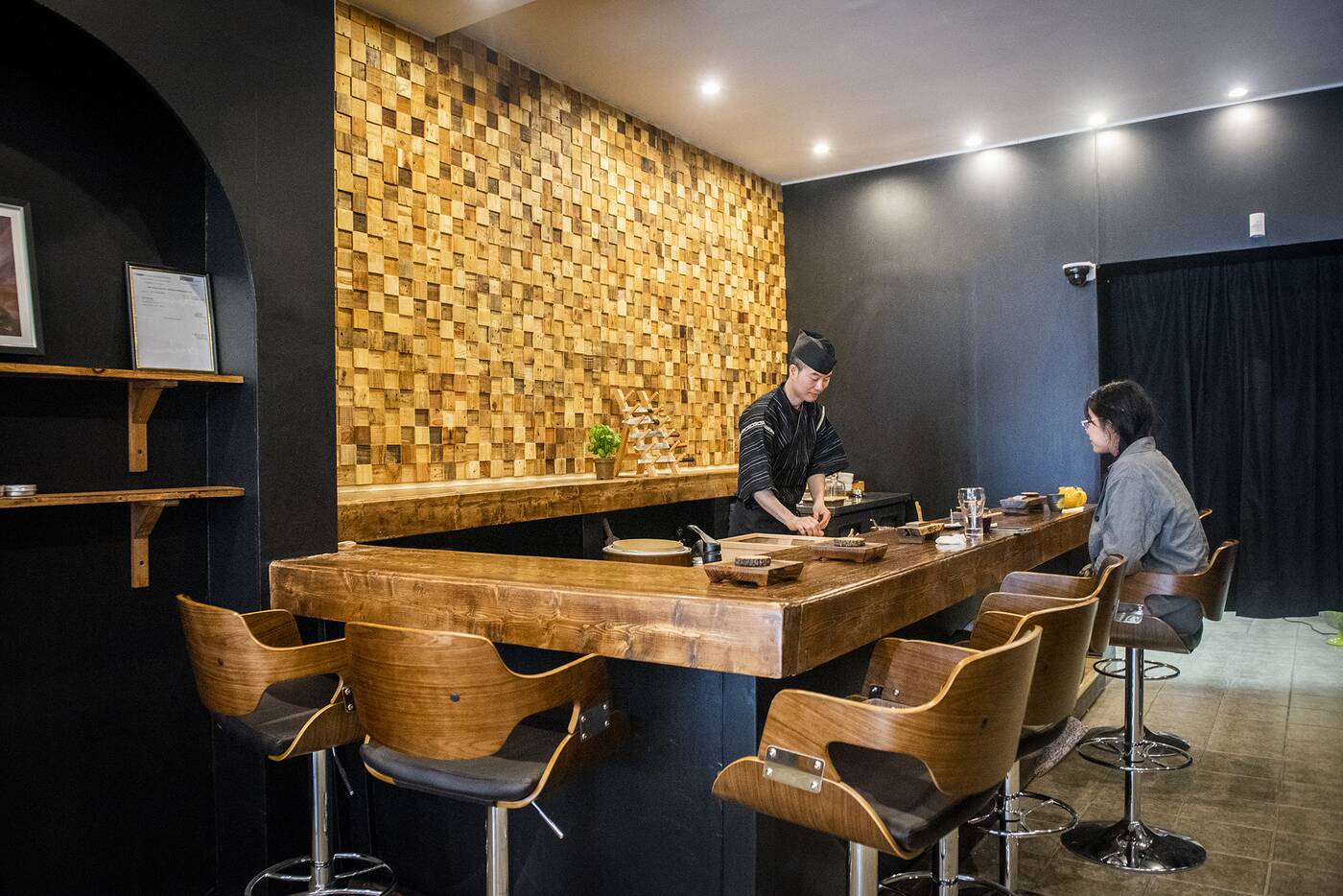 It's a different story than more stringent omakase, where fish shipped all the way from Japan is favoured over other types brought direct from Canadian harbours. 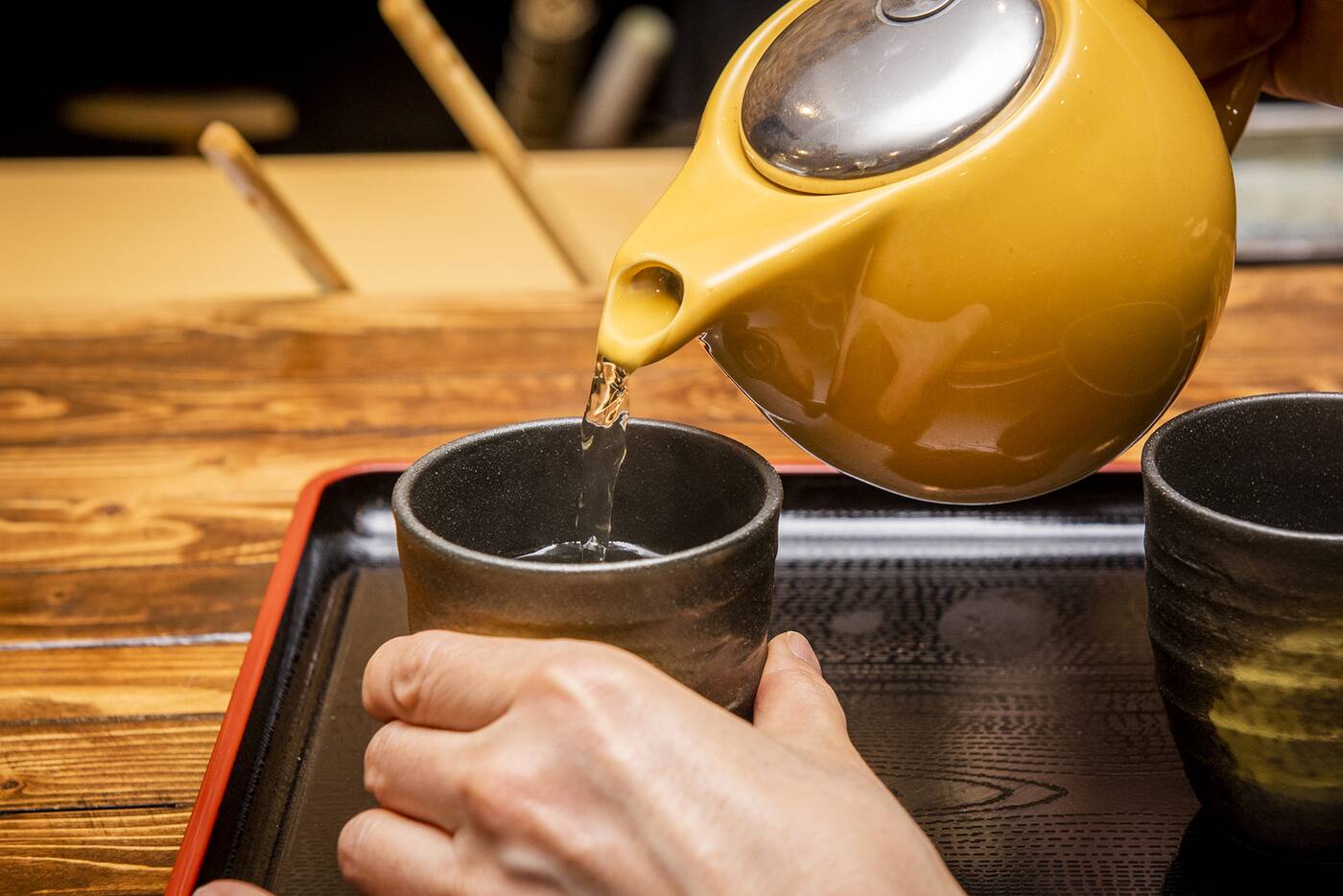 Kaito is unexpectedly big, given the six-person limit at the bar, and it turns out that the larger lounging area in front is available for patrons after their omakase experience, where they can sip on pots of loose leaf teas post-sushi. 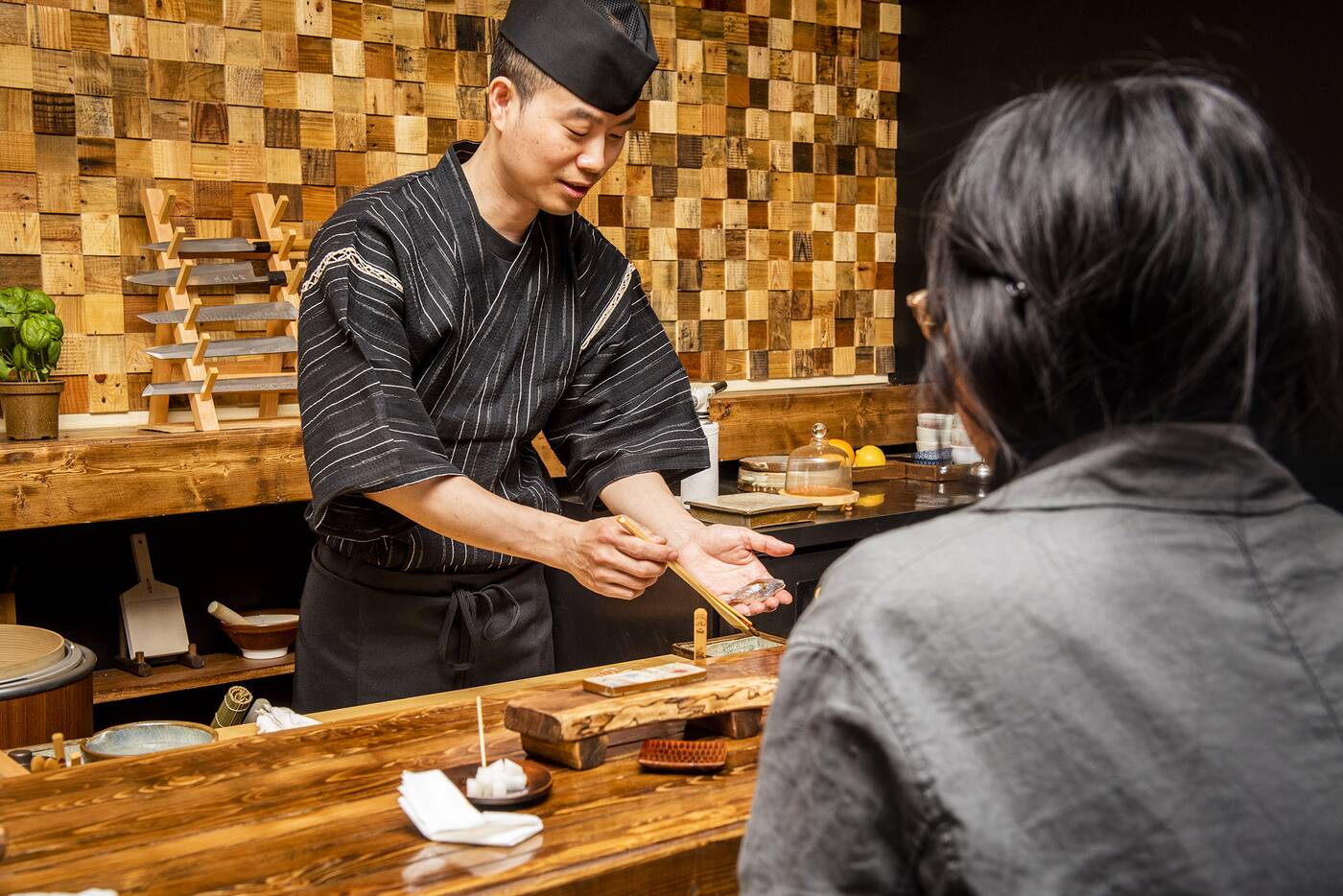 The spaciousness is almost jarring—I'm much more used to omakases being sleek, usually tiny, affairs—but I do like Chef Jang's  style. 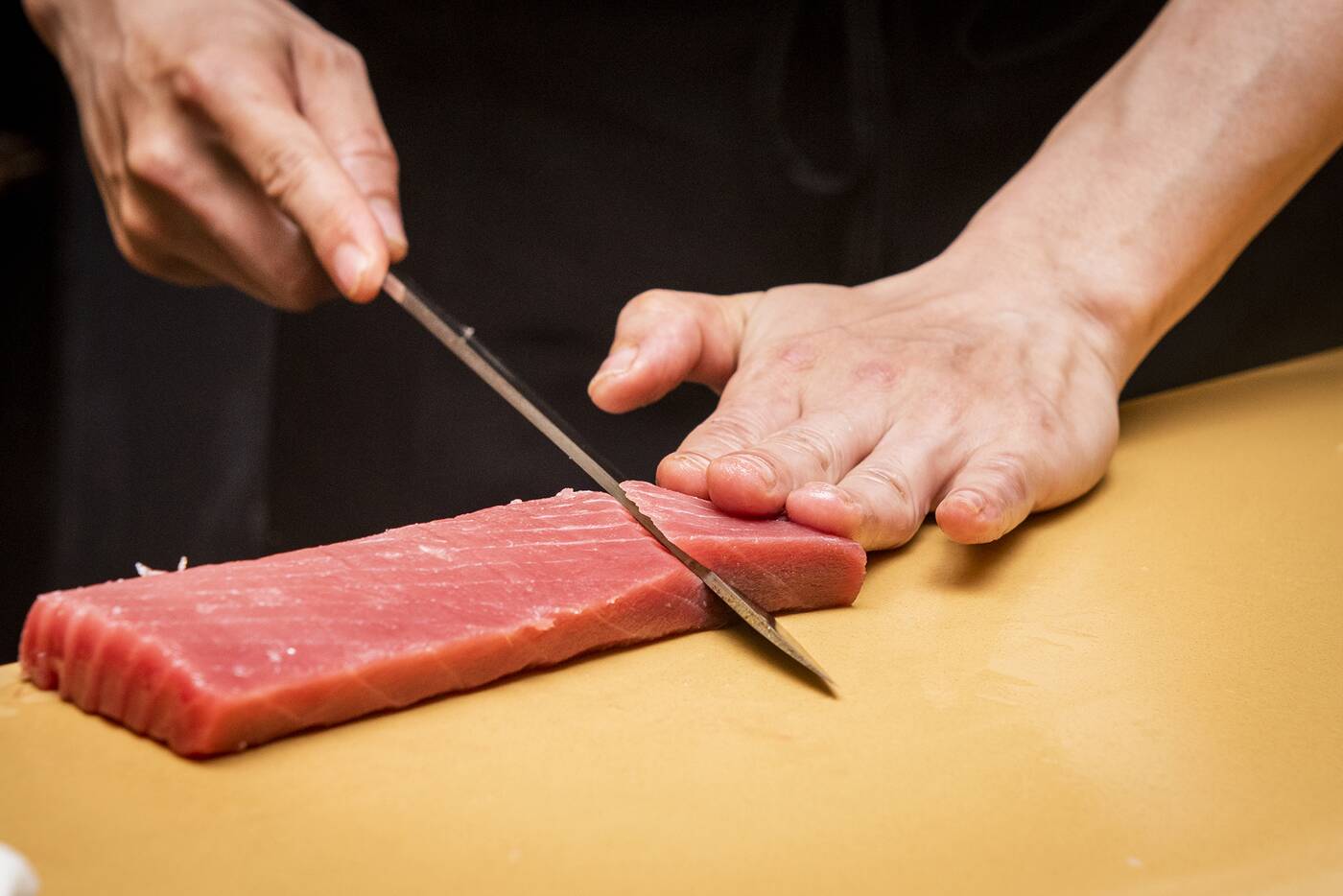 Reserve your one-hour time slot for the Kaito Omakase, a set $55 menu where the itamae serves you 11 courses of nigiri sushi and a single hand roll. It's advised you get there 10 minutes early. 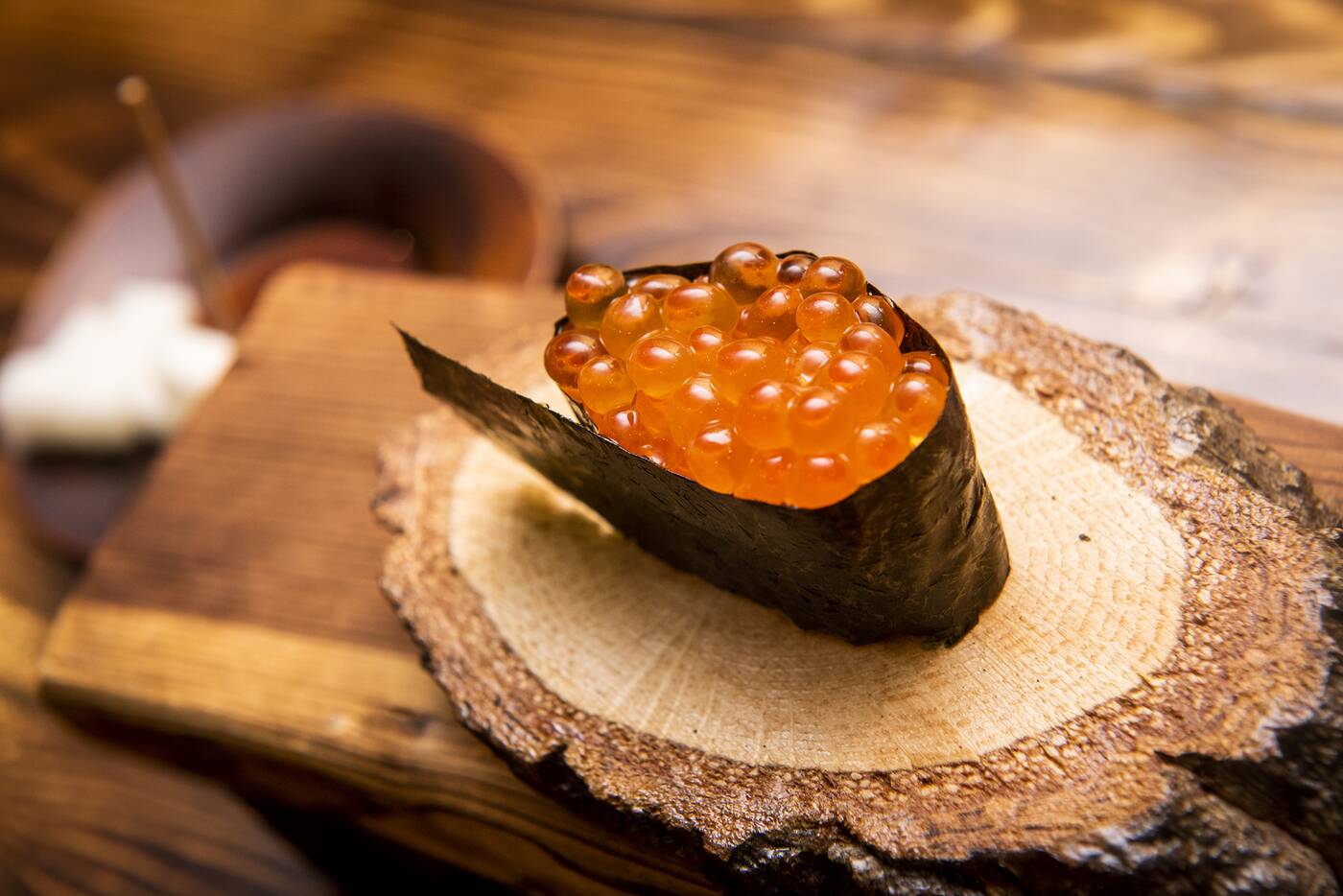 Expect seafood like Hokkaido scallops, blowfish tuna, and horse mackerel from all over, including Japan, Europe, and South America. Fish from the local market Newport aren't uncommon. 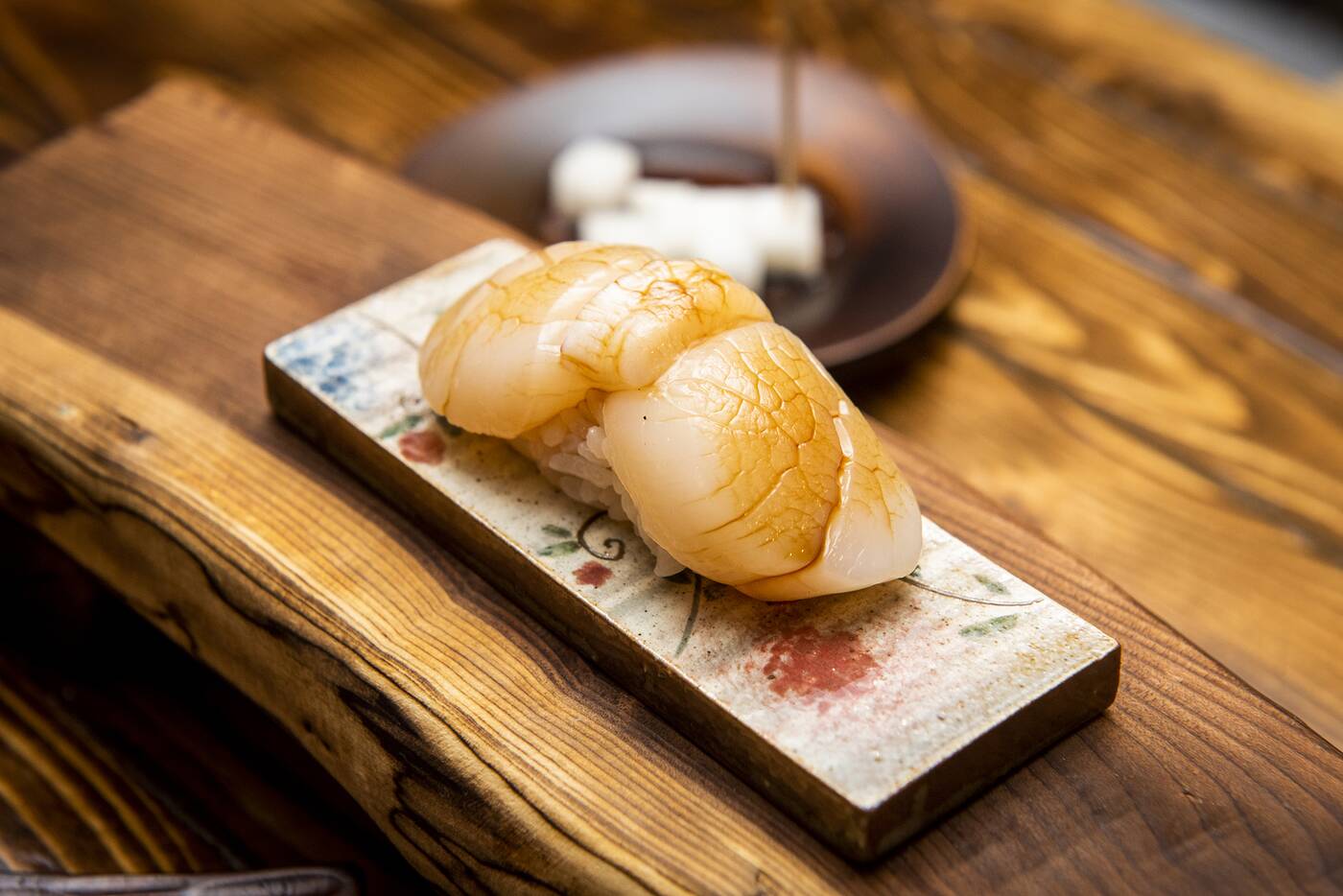 As per the custom, there's no soy sauce, ginger, or wasabi served here. 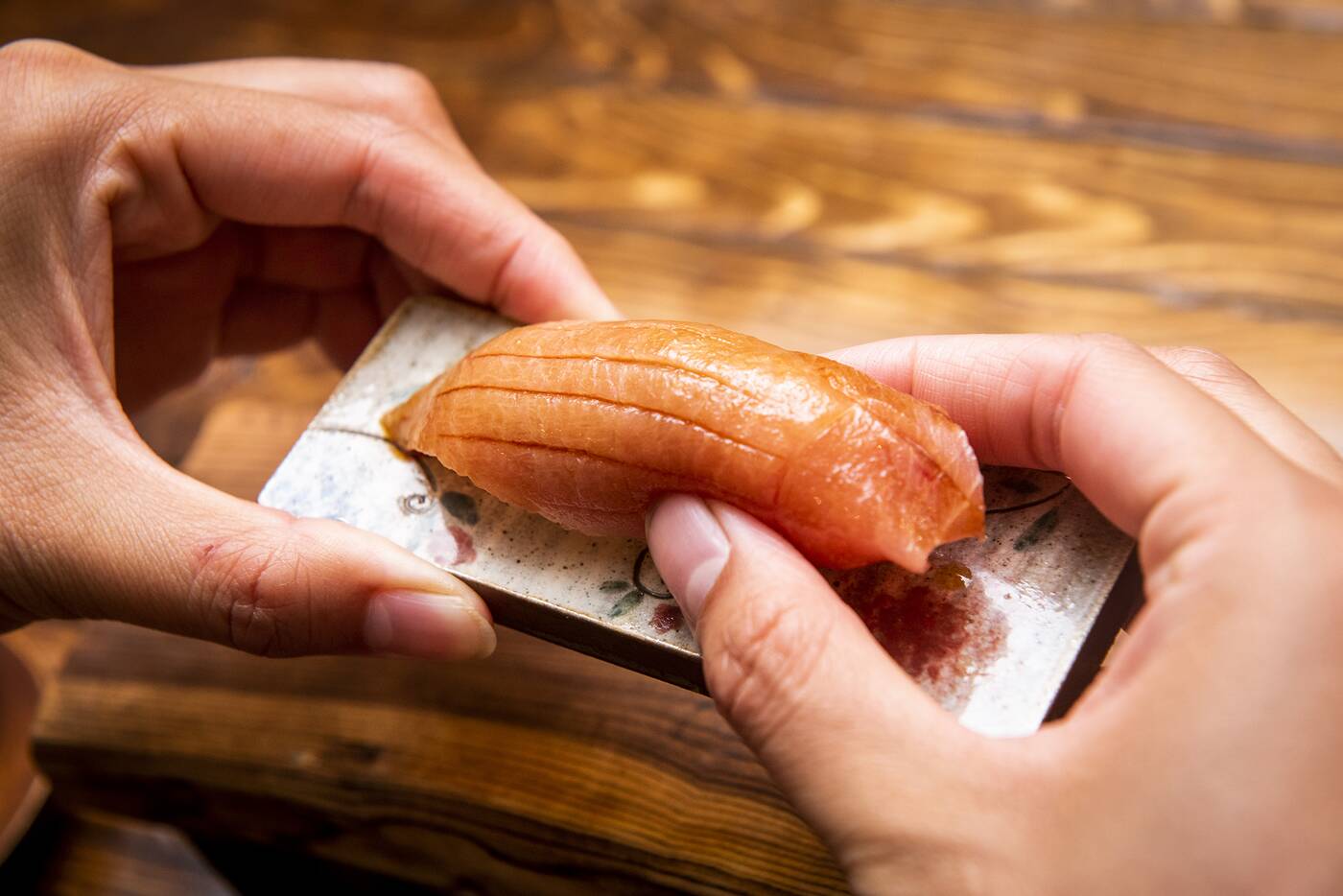 Nor are there chopsticks; the rule is to plop each piece of sushi in your mouth as soon as it hits the deck. 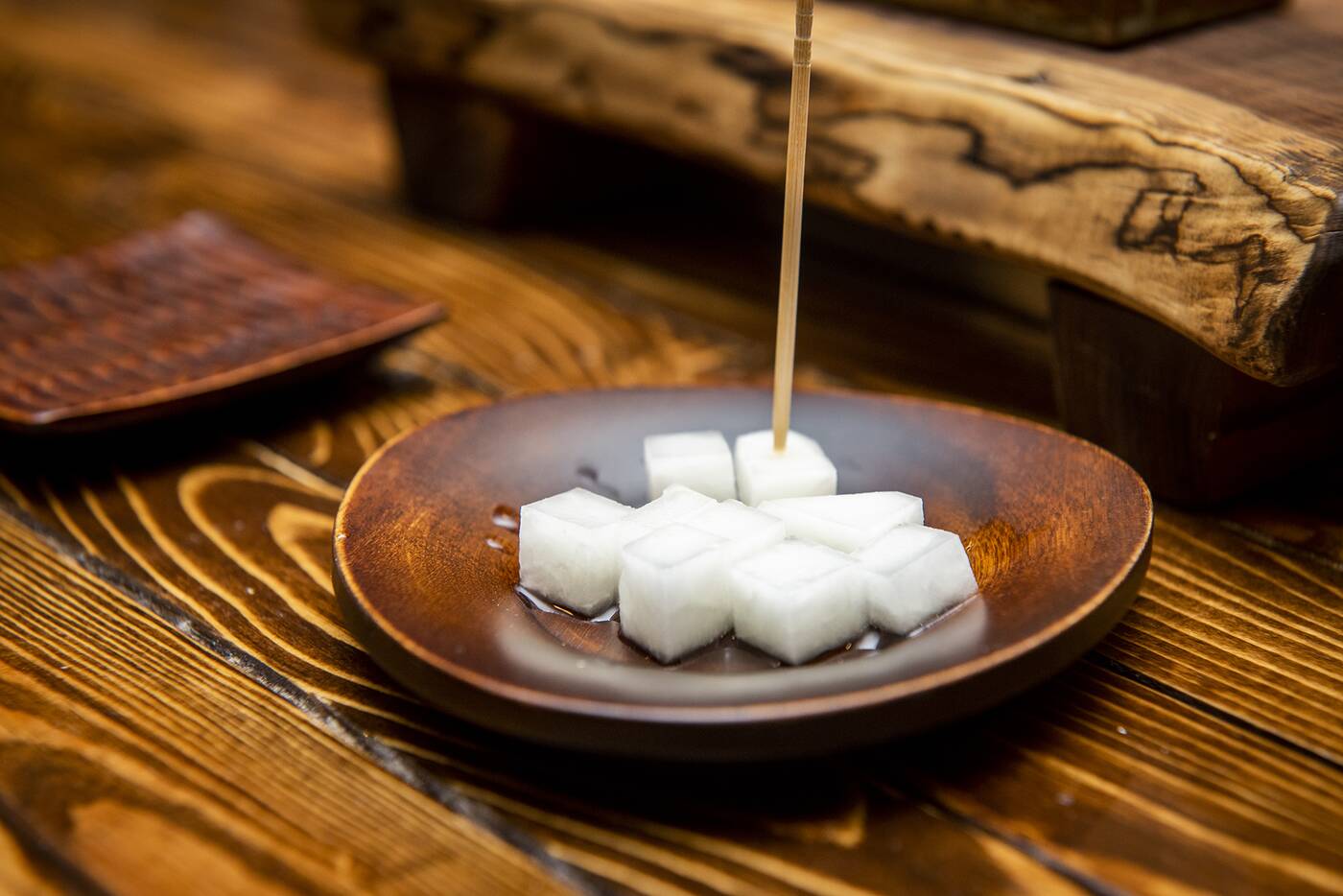 A side of cubed pickled radishes is provided for palate cleansing between bites.

There are a few things that stand out to me about the process here. 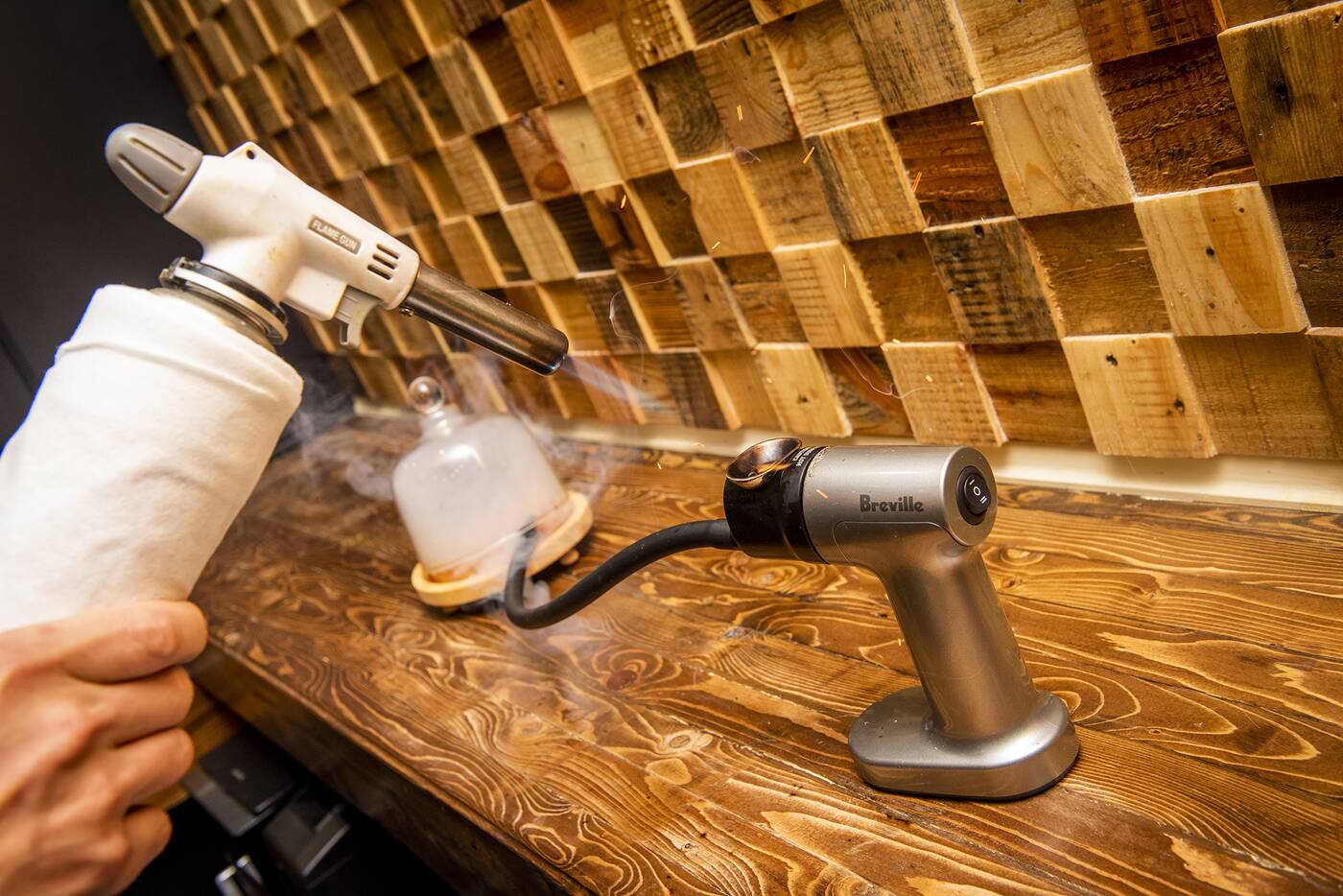 The first course, a salmon smoked with wood (hickory was used this time, but Jang says he'll use grape wood or hay sometimes) in a cloche is an exciting way to start. 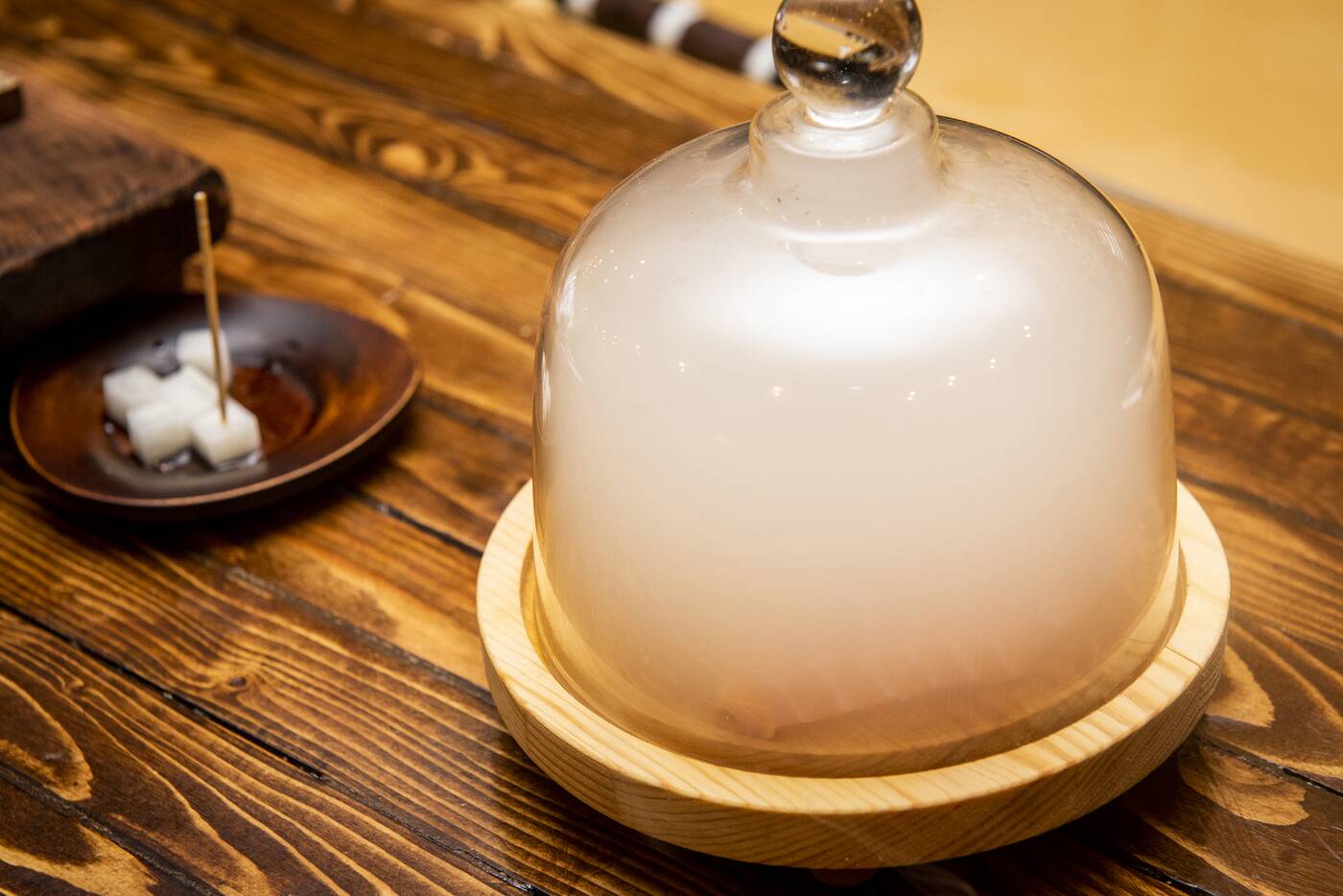 The fish is supposed to sit there for the duration of the meal, and is eaten as the last courses, which adds some anticipation.

It ends up being a deliciously smoky bite after the smoke dissipates. 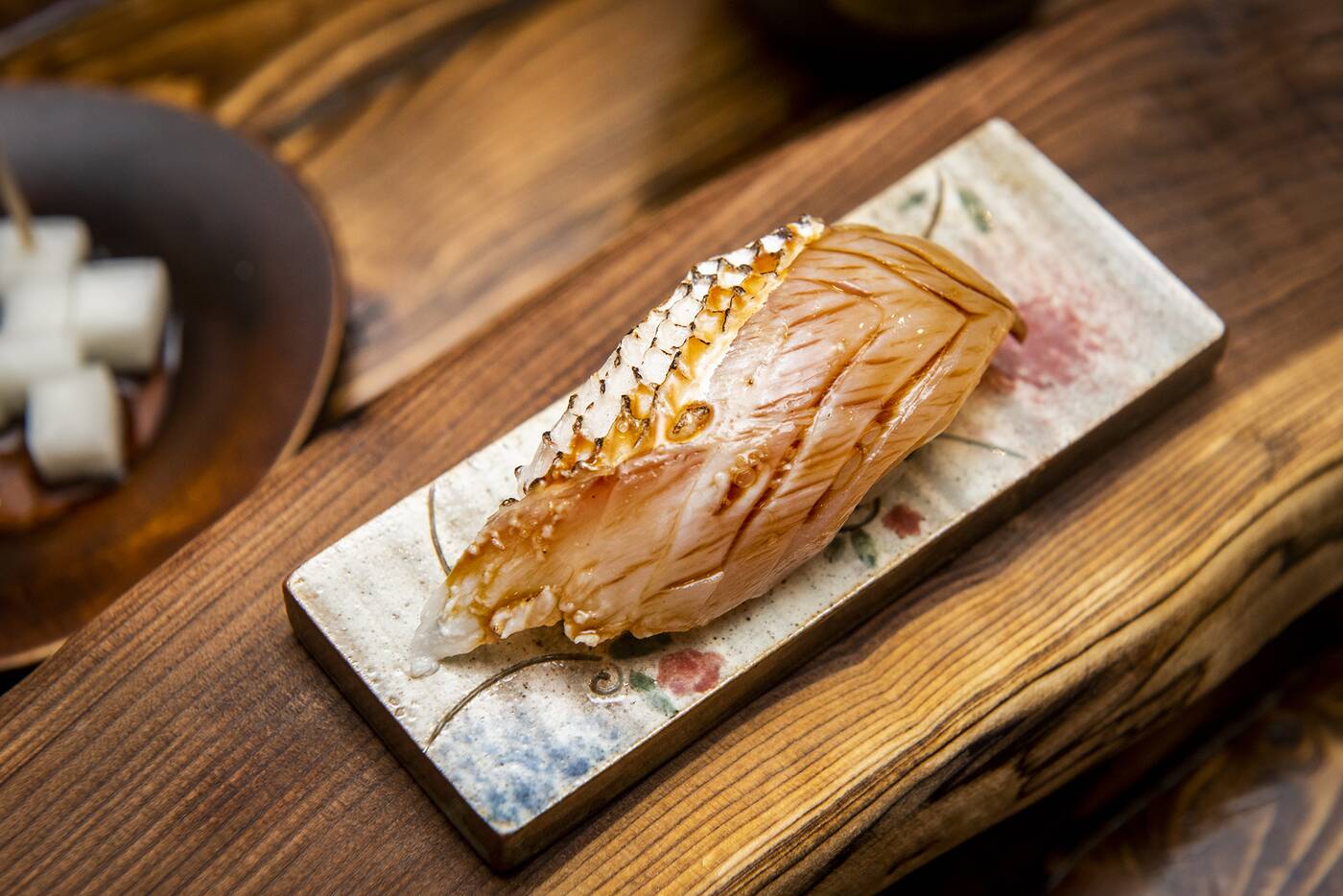 A convenient little plate can be used to better transport your sushi from table to mouth. 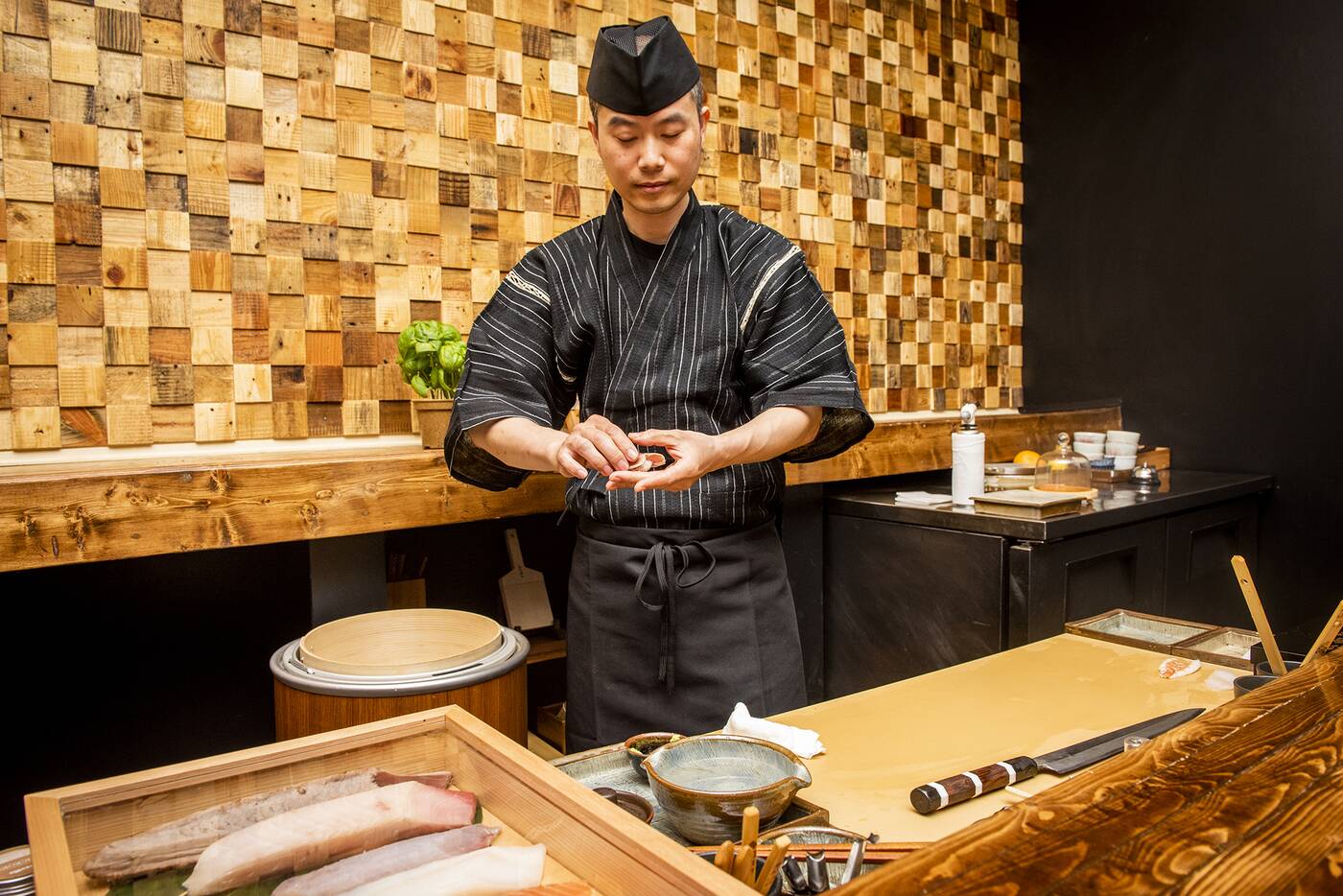 What I like best about the omakase is the Chef's use of yakumi: the condiments and garnishes placed atop the the fish. 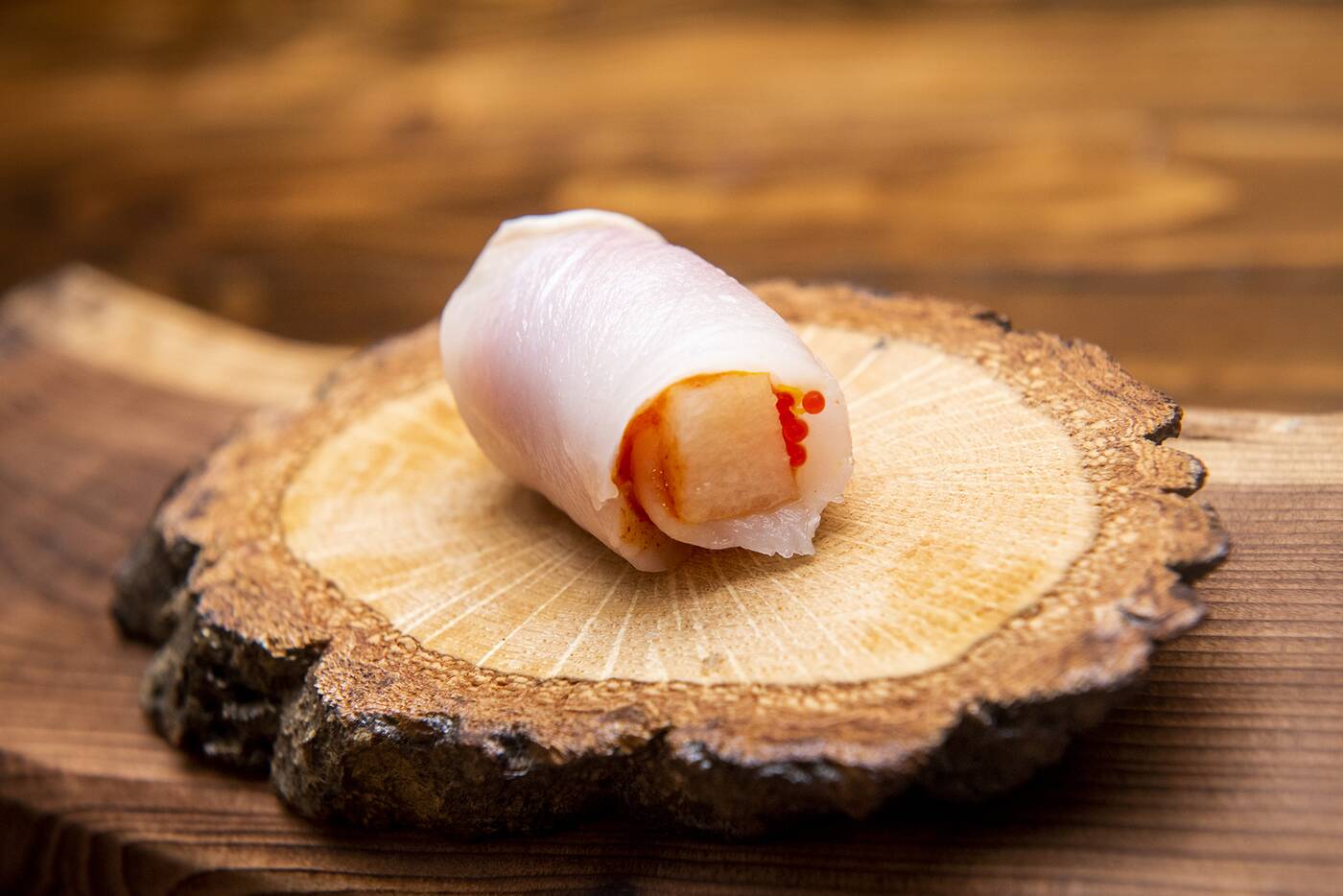 Citrus zest shows up a couple times on the menu: there's halibut served with orange rind and a secret ingredient inside (hint, it's a fruit). 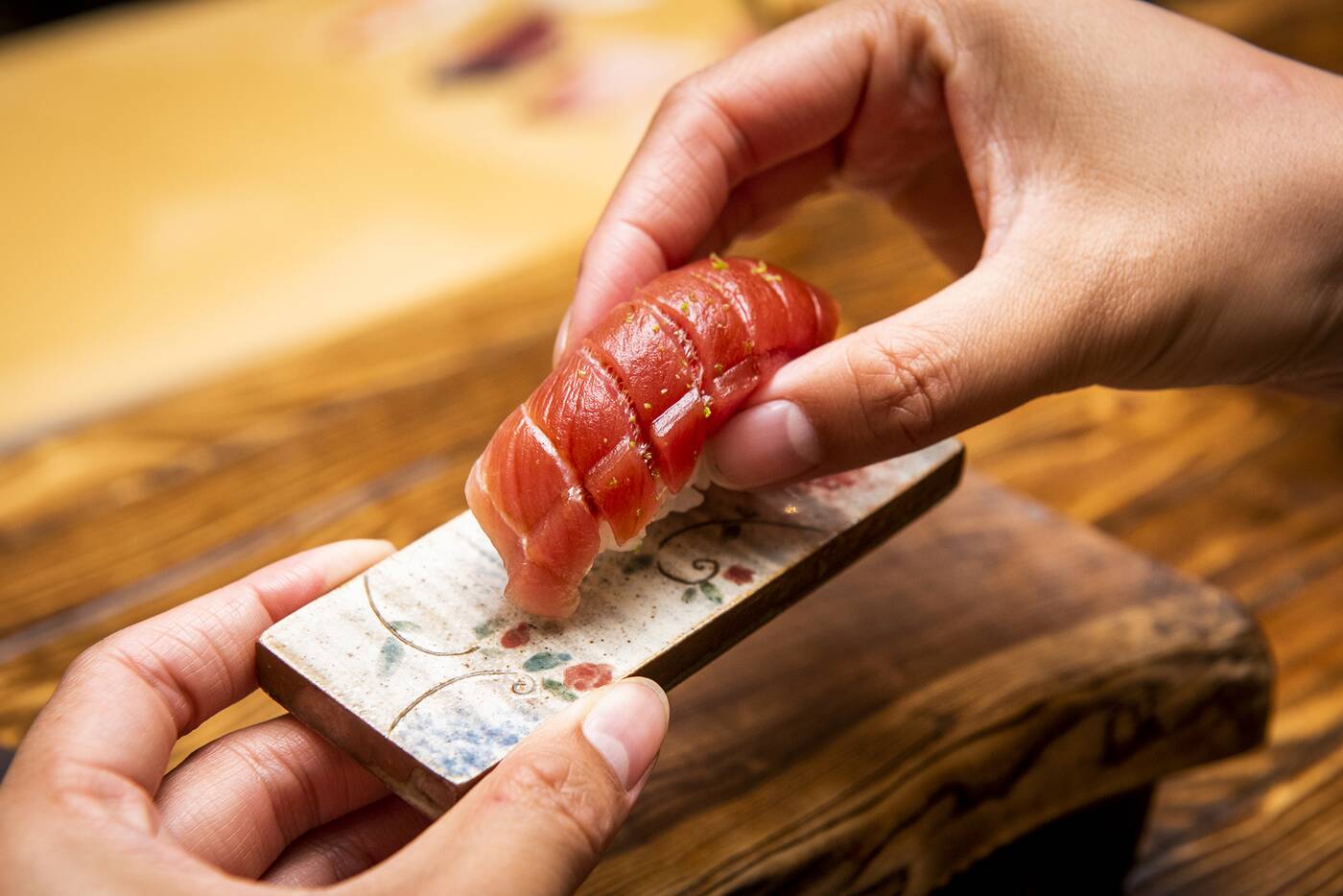 Akami (the least fatty part of the tuna) has a delicious sprinkling of lime skin. 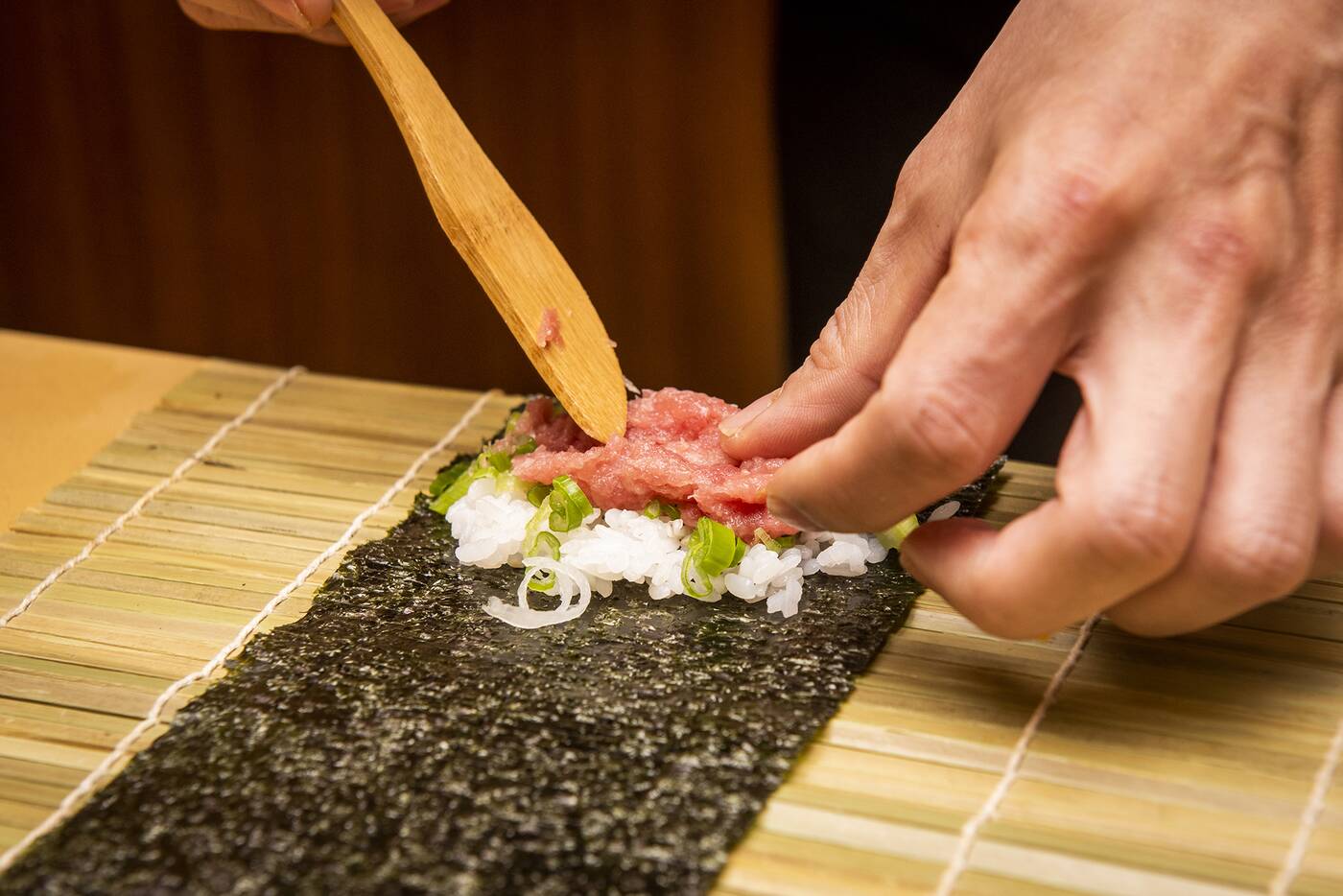 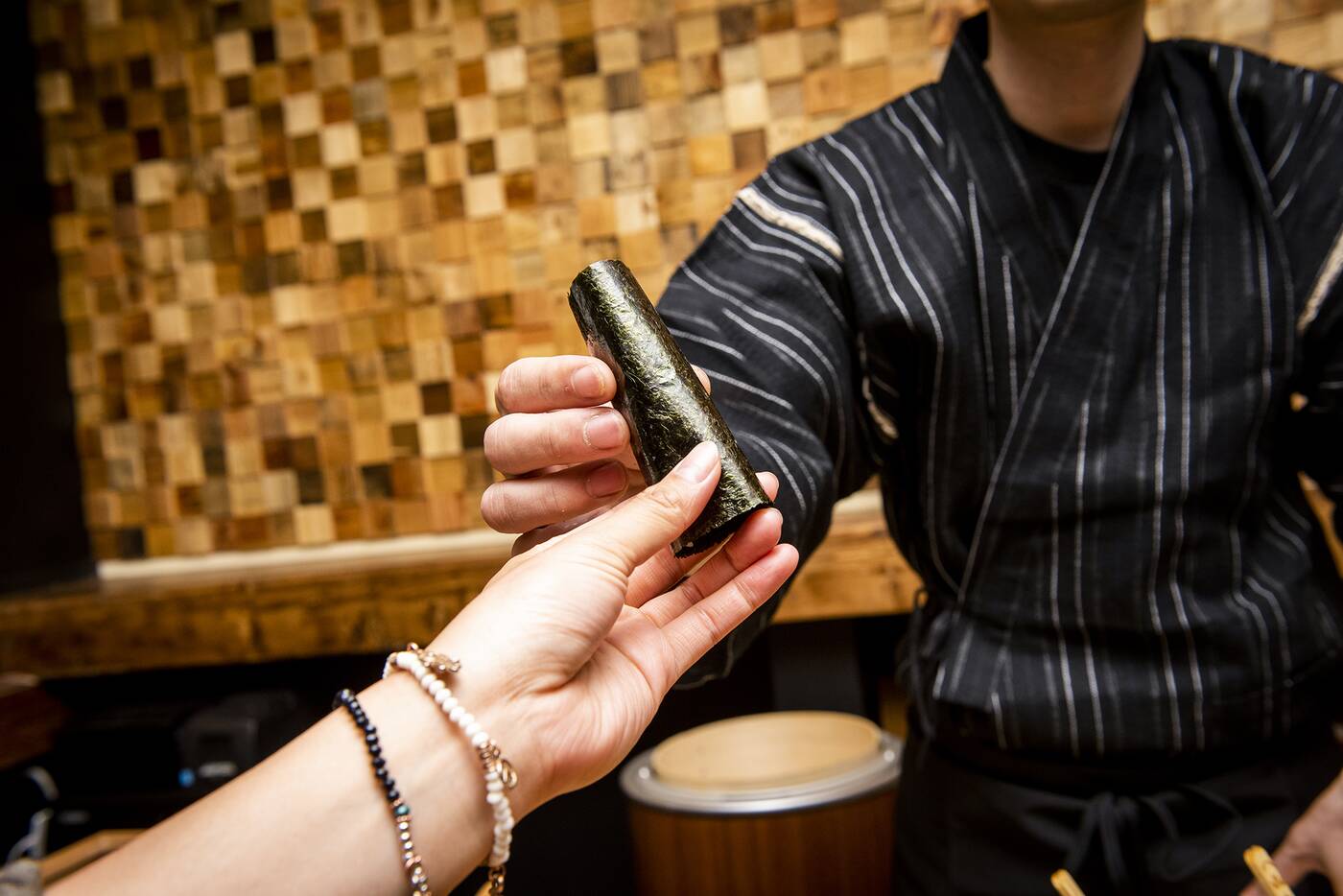 The roll will be handed to you directly, relay race-style. 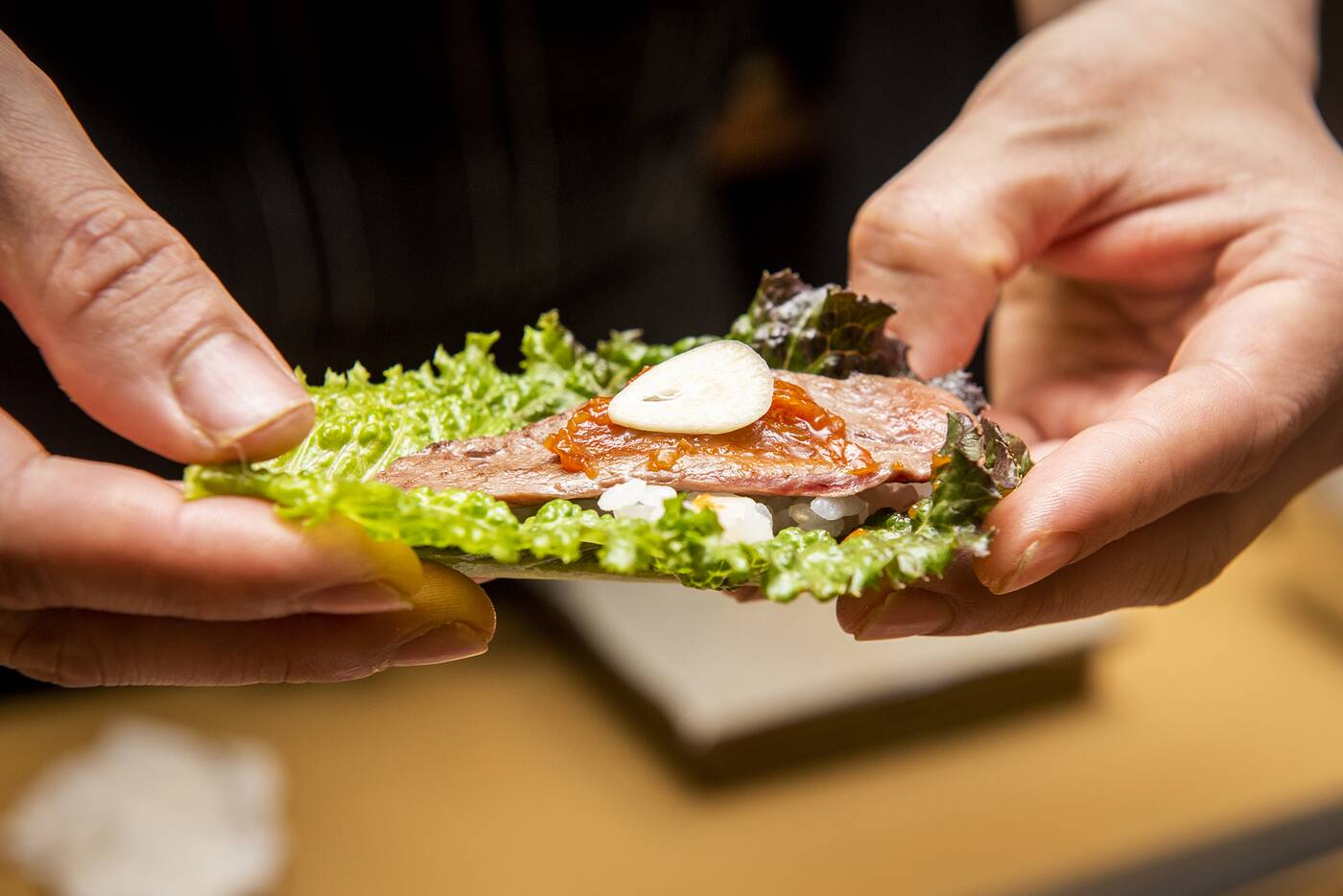 Chef Jang is Korean (something he says can be a point of contention in the traditional world of Japanese omakase), but if you get lucky, you might be served a traditional Korean-style ssam wrap made with delicious Wagyu beef and miso paste. 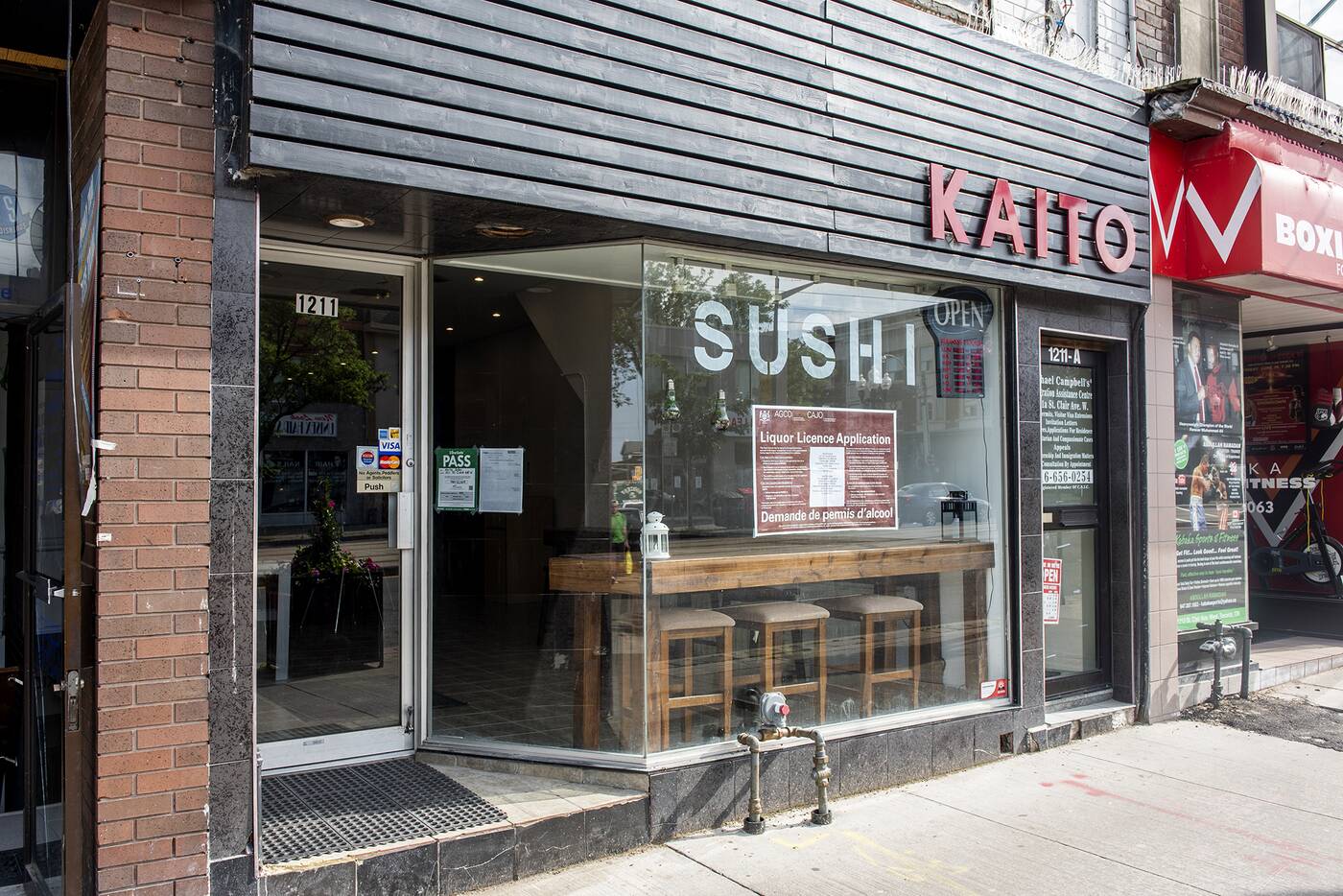