Bang Bang Burrito is known for its massive portions and Mexican-style eats featuring slow-cooked, 48-hour marinated meat and one of the world's hottest chilli peppers.

Located in the heart of  the Annex, this late-night spot is the Oshawa transplant's first foray into downtown Toronto. 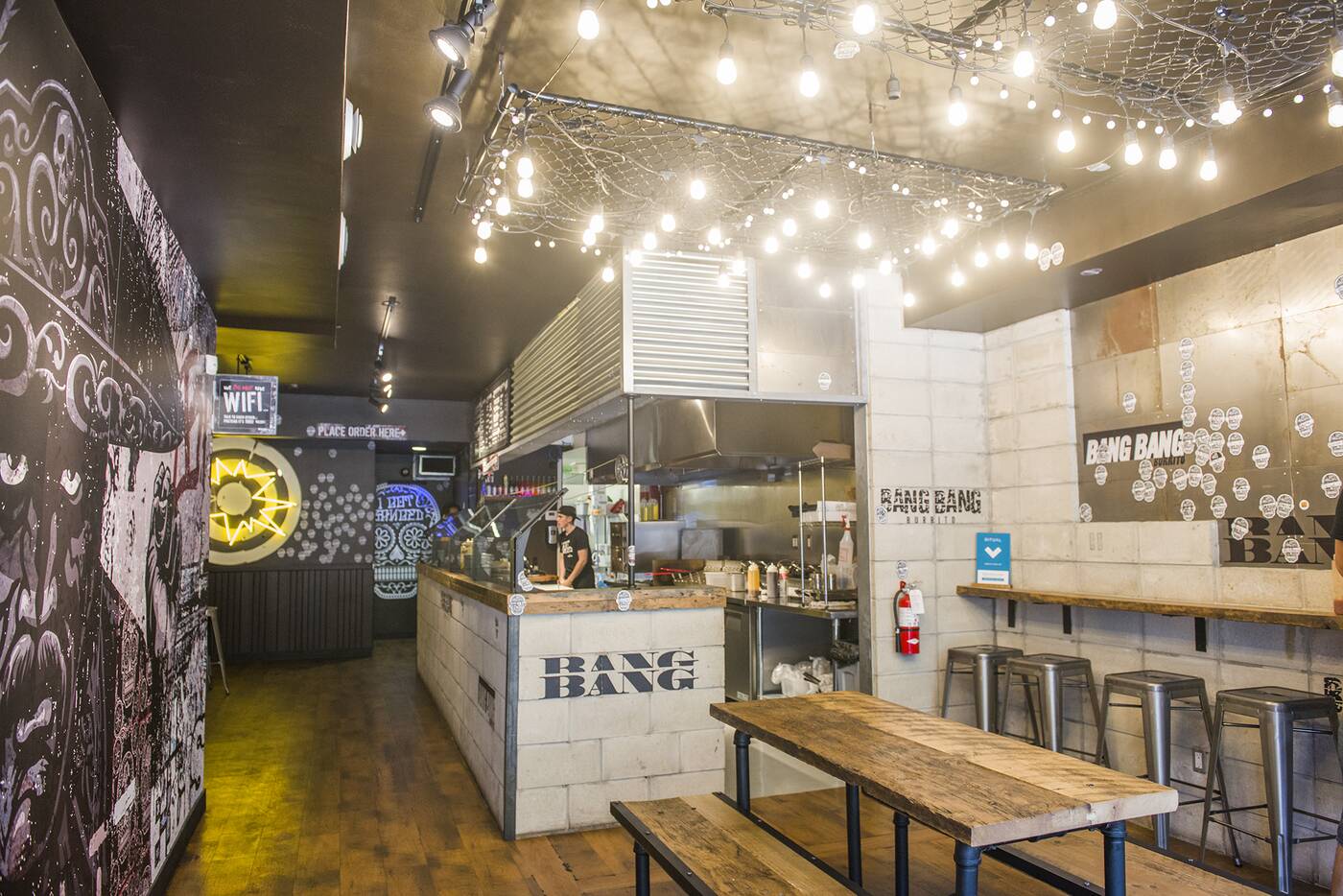 If you're craving something filling at 3 a.m. on a Friday, Bang Bang is a solid bet. Hours run until 2 a.m. from Monday to Wednesday and 4 a.m. every other day, plus taxes are included in the price, making for a handy, straight-up transaction if slightly inebriated. 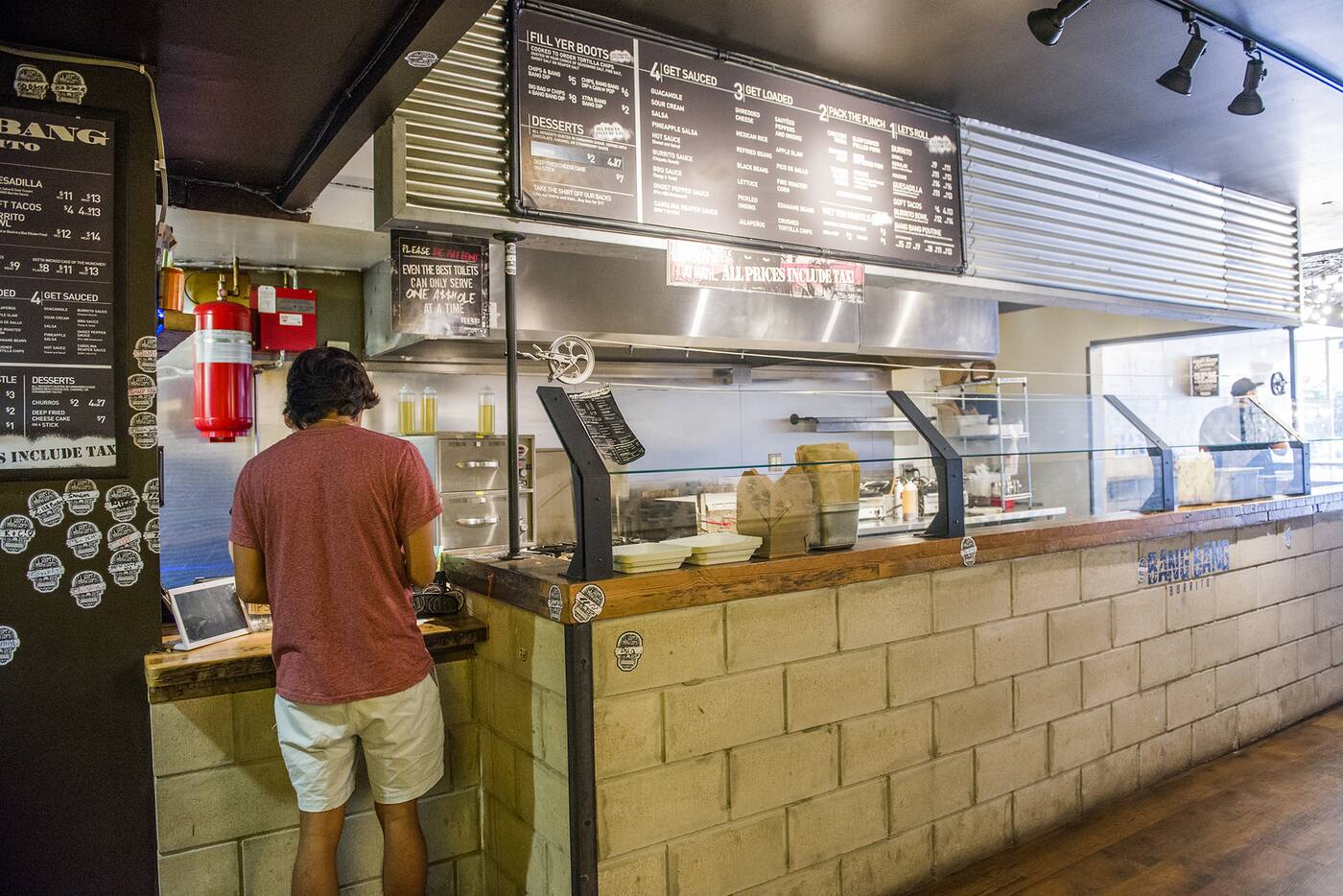 Purists will also be pleased to know that all extras are also included in the price, meaning guacamole is free as per the Tex-Mex commandments. 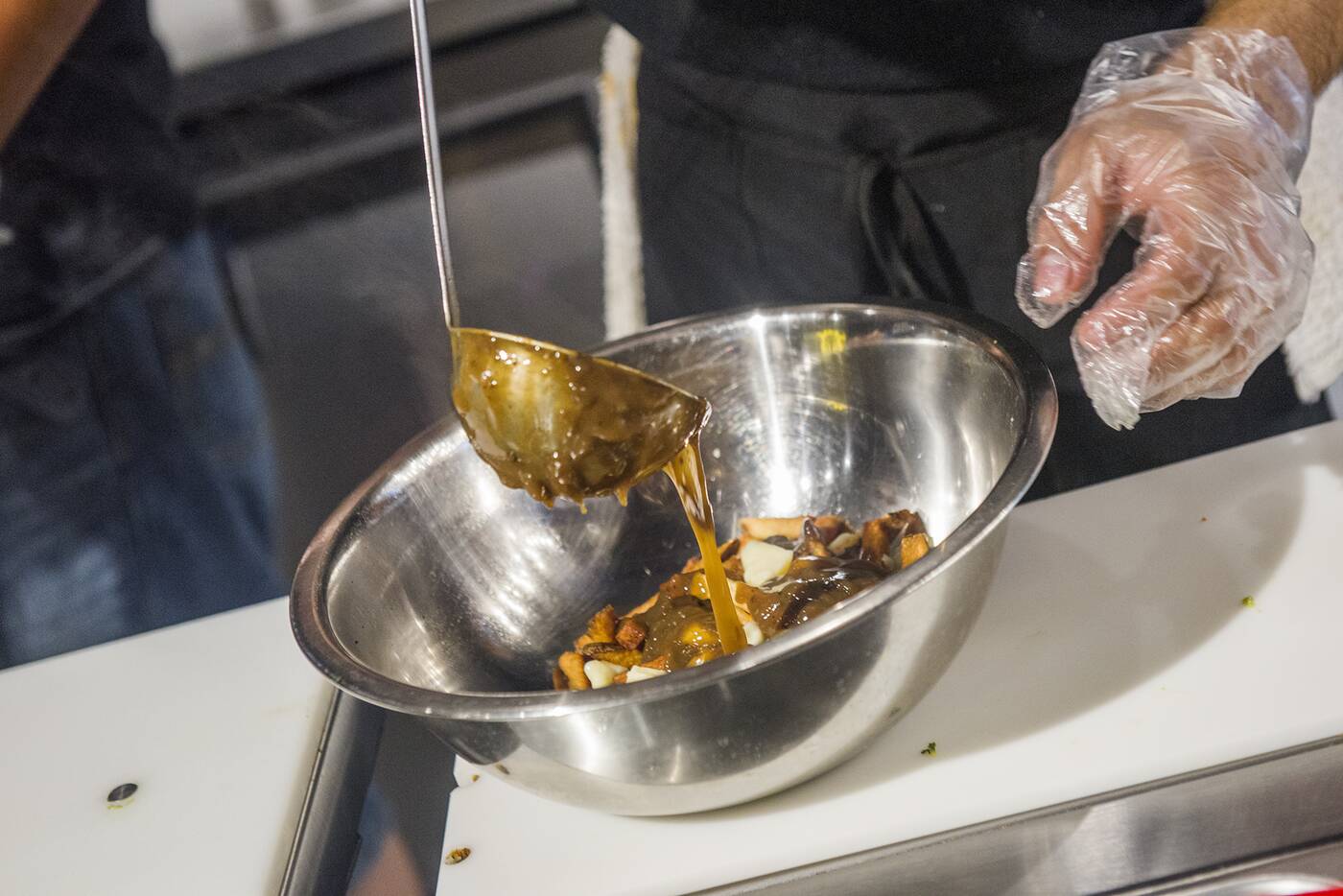 The coolest part of Bang Bang's menu is its selection of hot sauces, which feature two dangerously spicy options made from the Ghost Pepper (a delicious, smokey chilli) and the Carolina Reaper, which is currently the world's hottest pepper (200 times hotter than a Jalapeno). 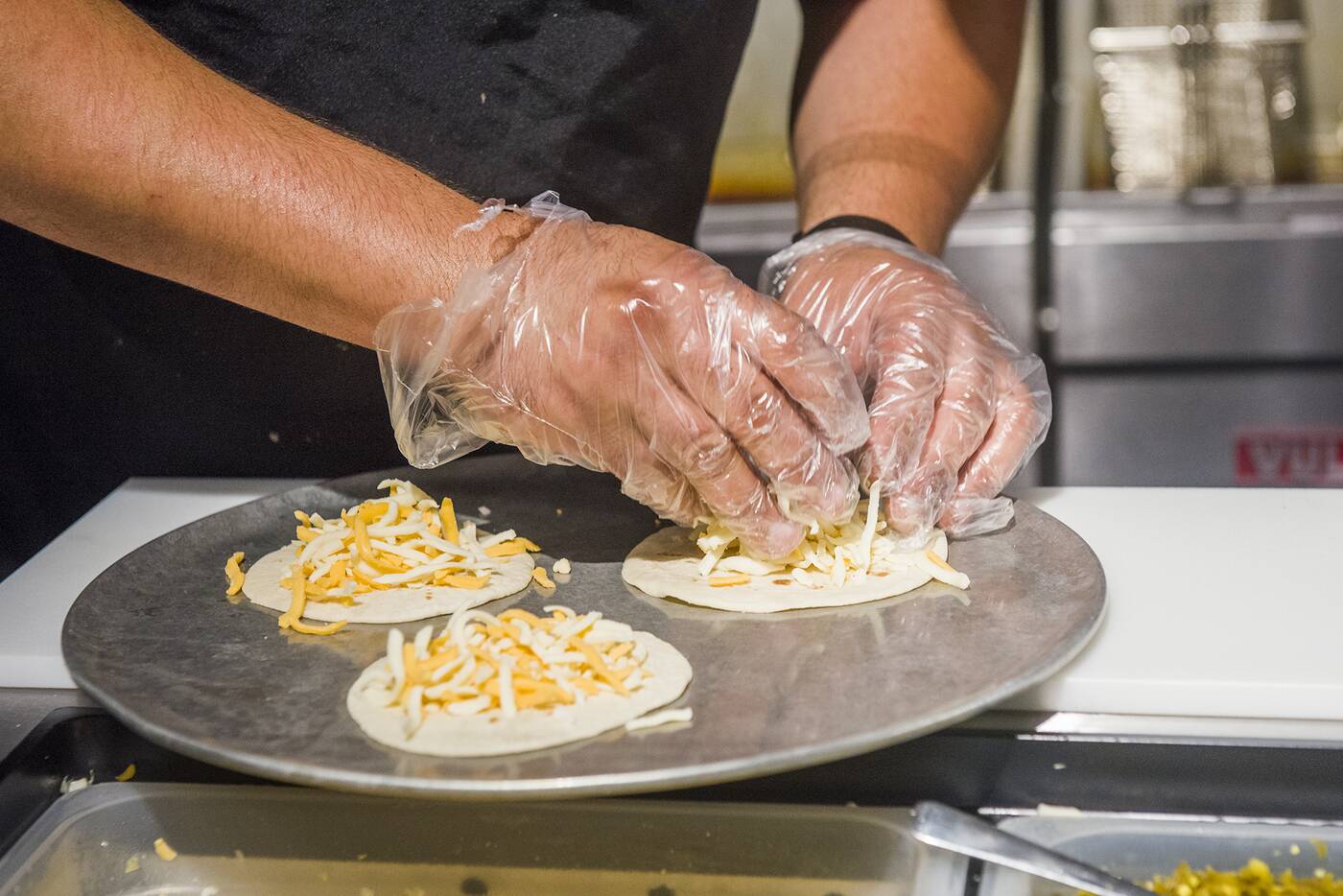 With the possibility of burning your tongue off and ruining a perfectly good meal, you can opt for a spice-free meal. Vegans have unlimited options too since all the sauces are safe for consumption. 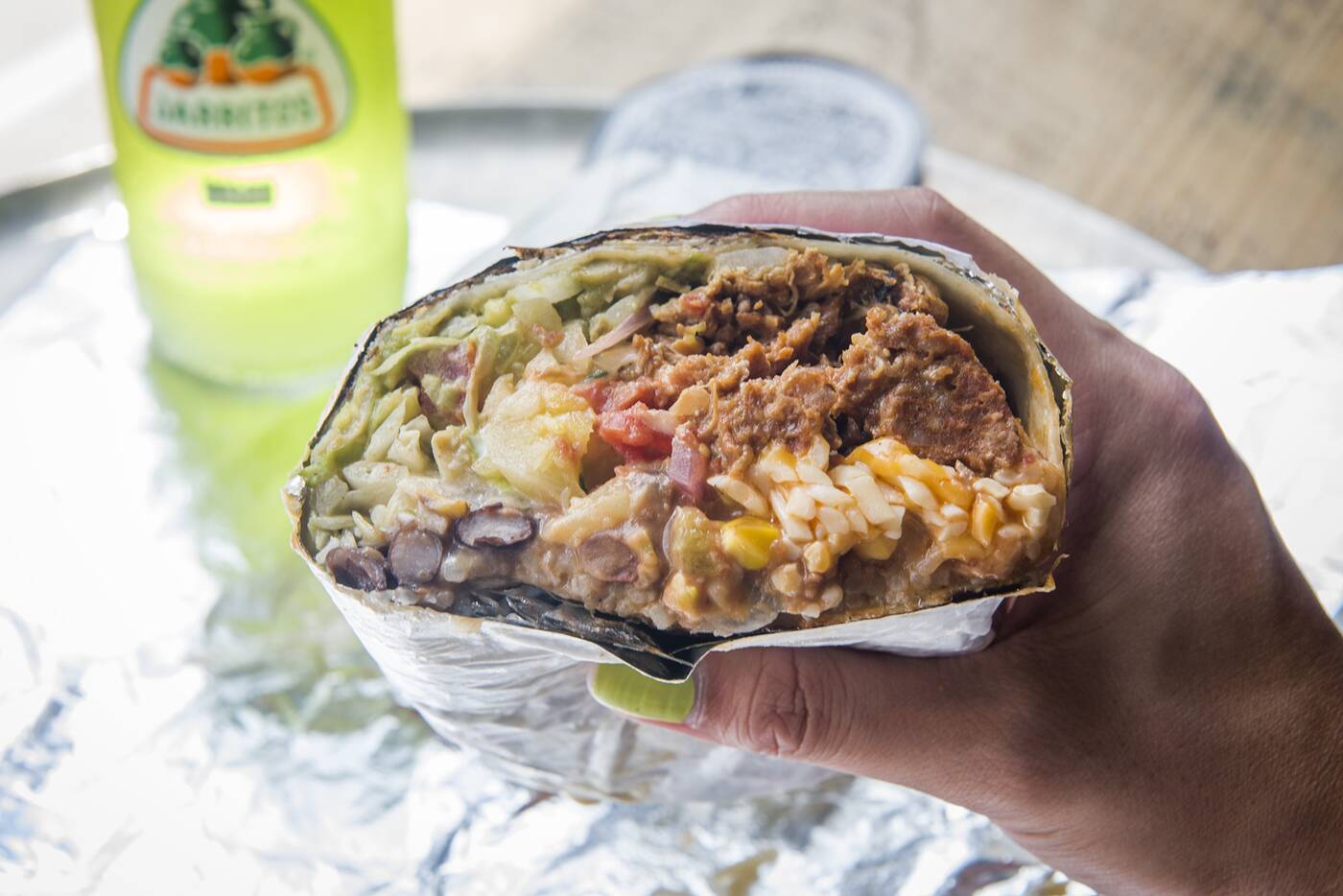 Offered in three sizes, the restaurant's namesake burrito comes with your choice of two proteins for $13, or $11 for the veggie option, which is a sweet potato mix roasted with agave nectar and cumin. 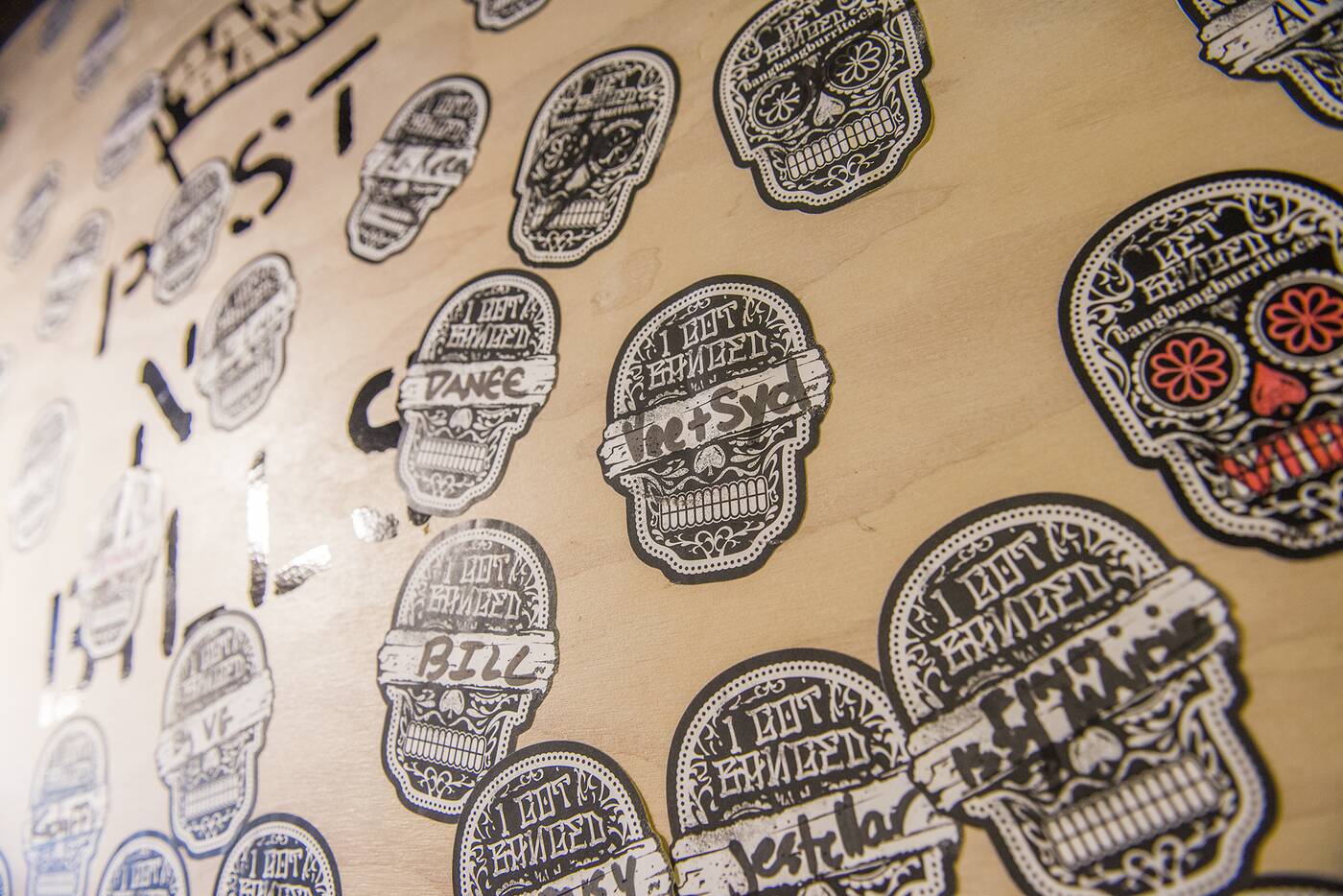 The chicken and chorizo combo is a popular meat option, and comes with your choice of three fillings, like refried beans or cheese (a Kraft-esque shredded cheddar kind), and four housemade sauces like gauc, BBQ or chipotle ranch. 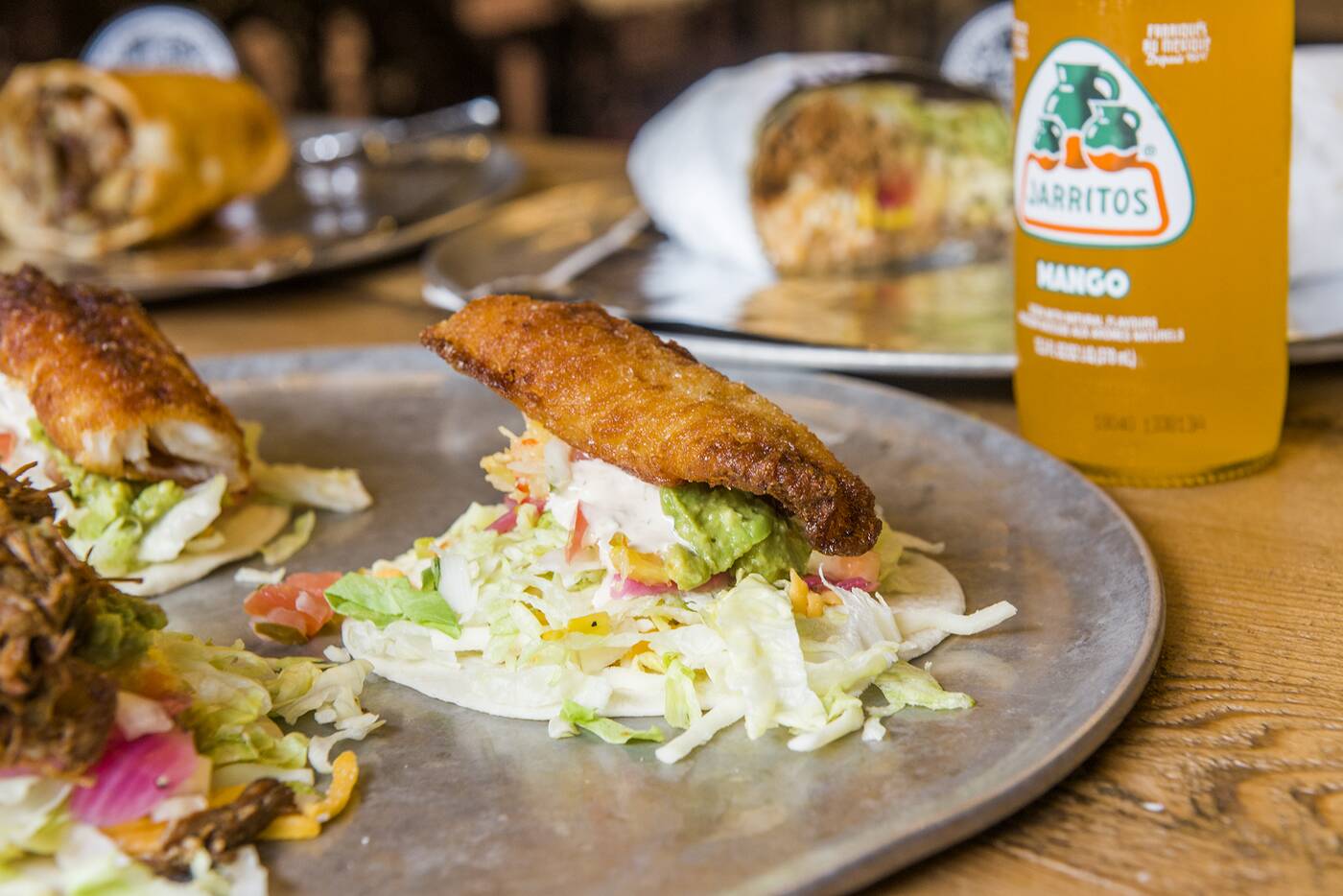 Tacos come at $4 each, or 4 for $13 with ingredients heaped on. I highly recommend the fish, which is fried with beer batter for a big, crispy bite. 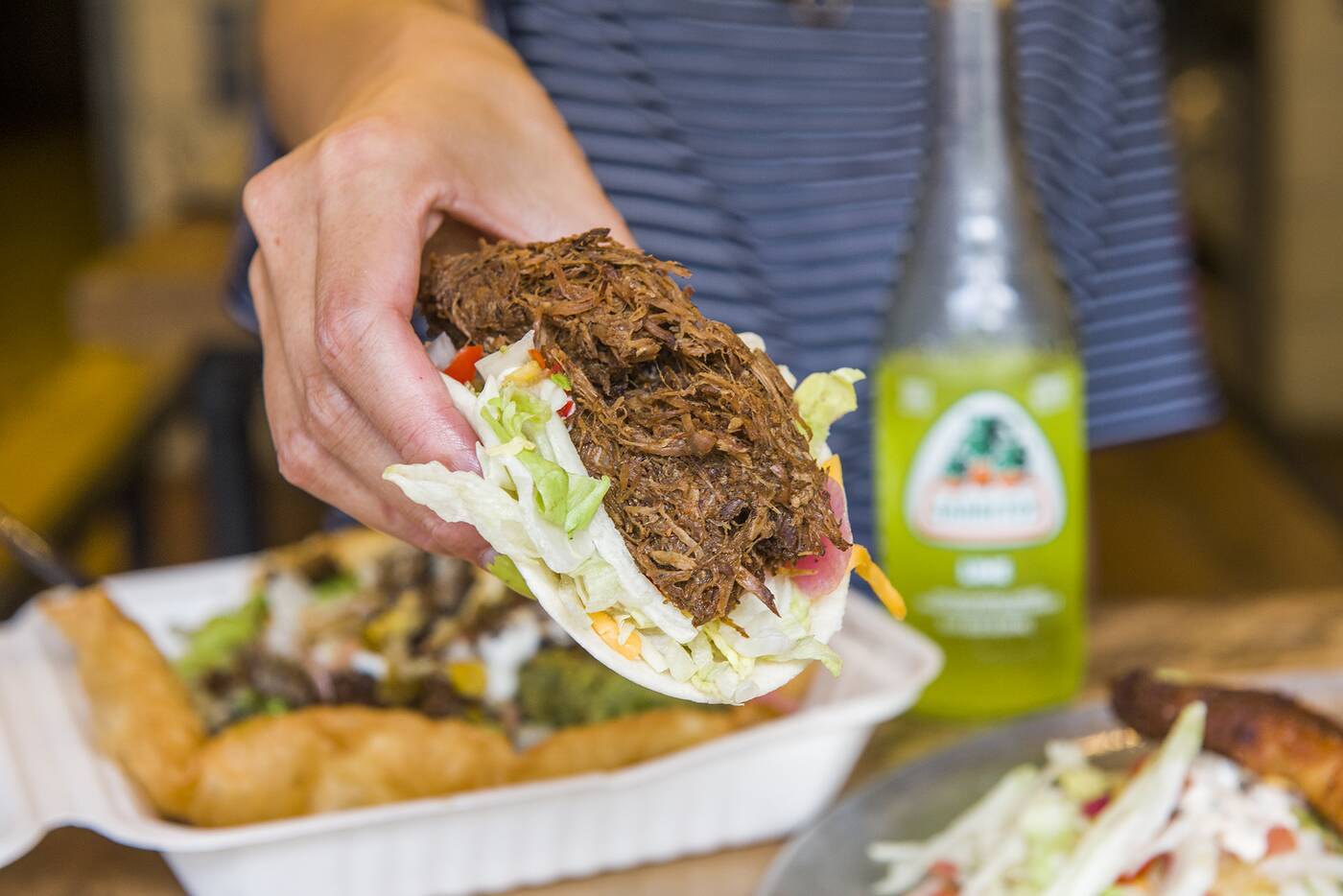 Other meat options include chicken tinga, pulled pork slow-cooked for over 10 hours and chorizo sausages. 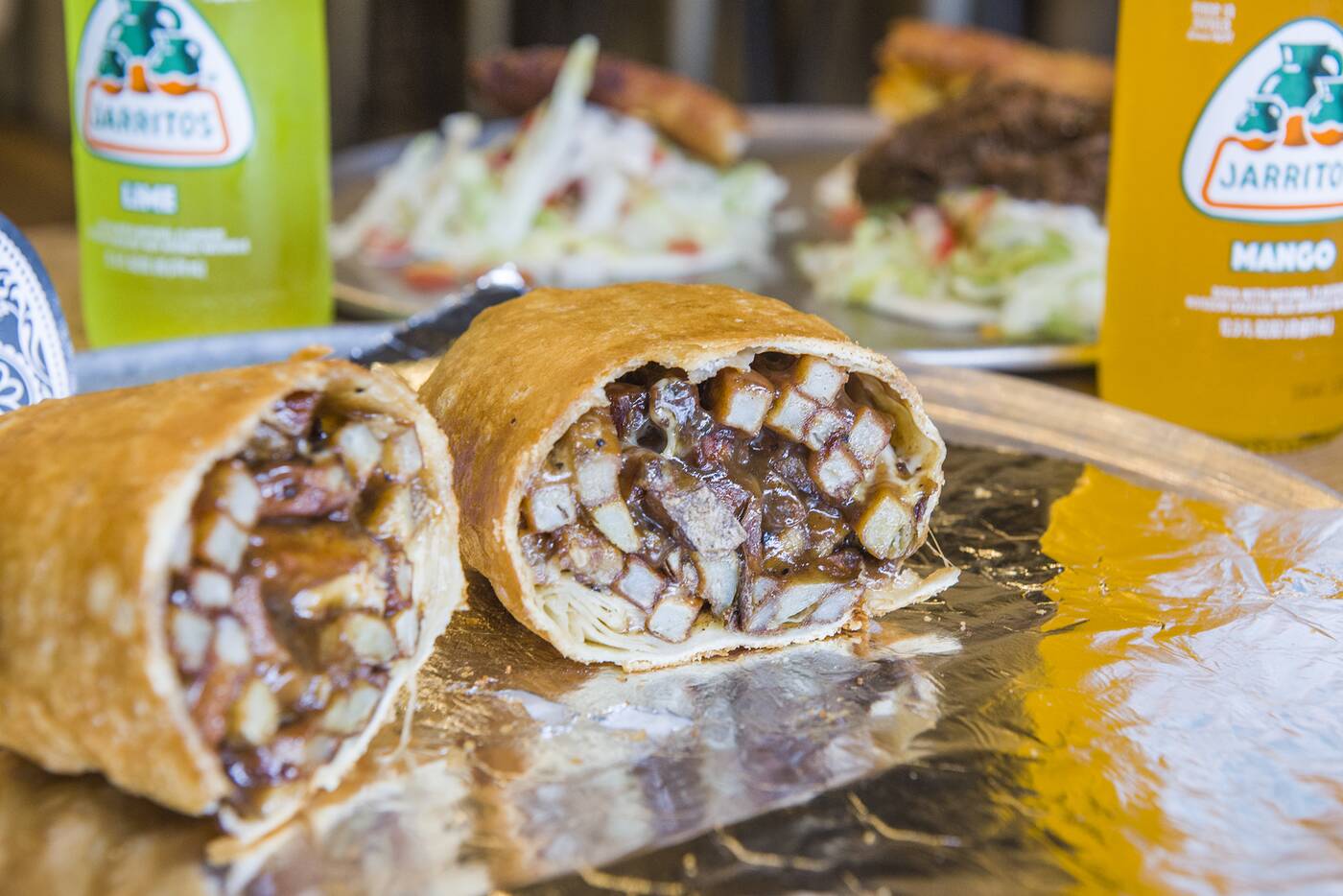 The Bang Bang poutine burrito is a true glutton's feast. While you can get the fries in a box on their own, the option to order them wrapped in a burrito is a tempting indulgence that will send you right to sleep.

It's a piping hot handful of pure carbs that could be made all the more satisfying with some ketchup or hot sauce. 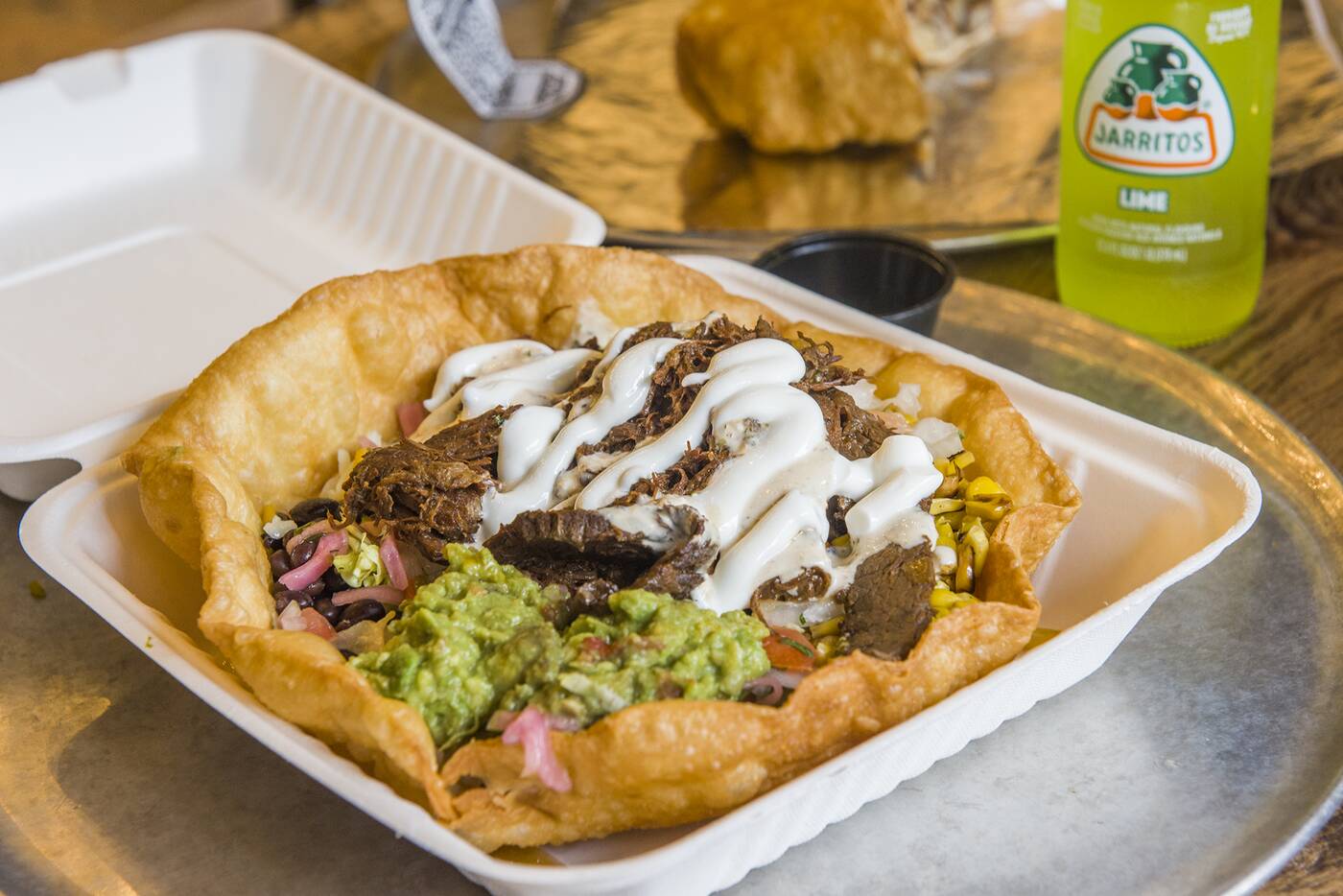 My favourite is the burrito bowl ($14 for meat, $12 for veggie) which you can get in a box (the menu's only gluten-free option) or in a deliciously deep fried tortilla bowl. 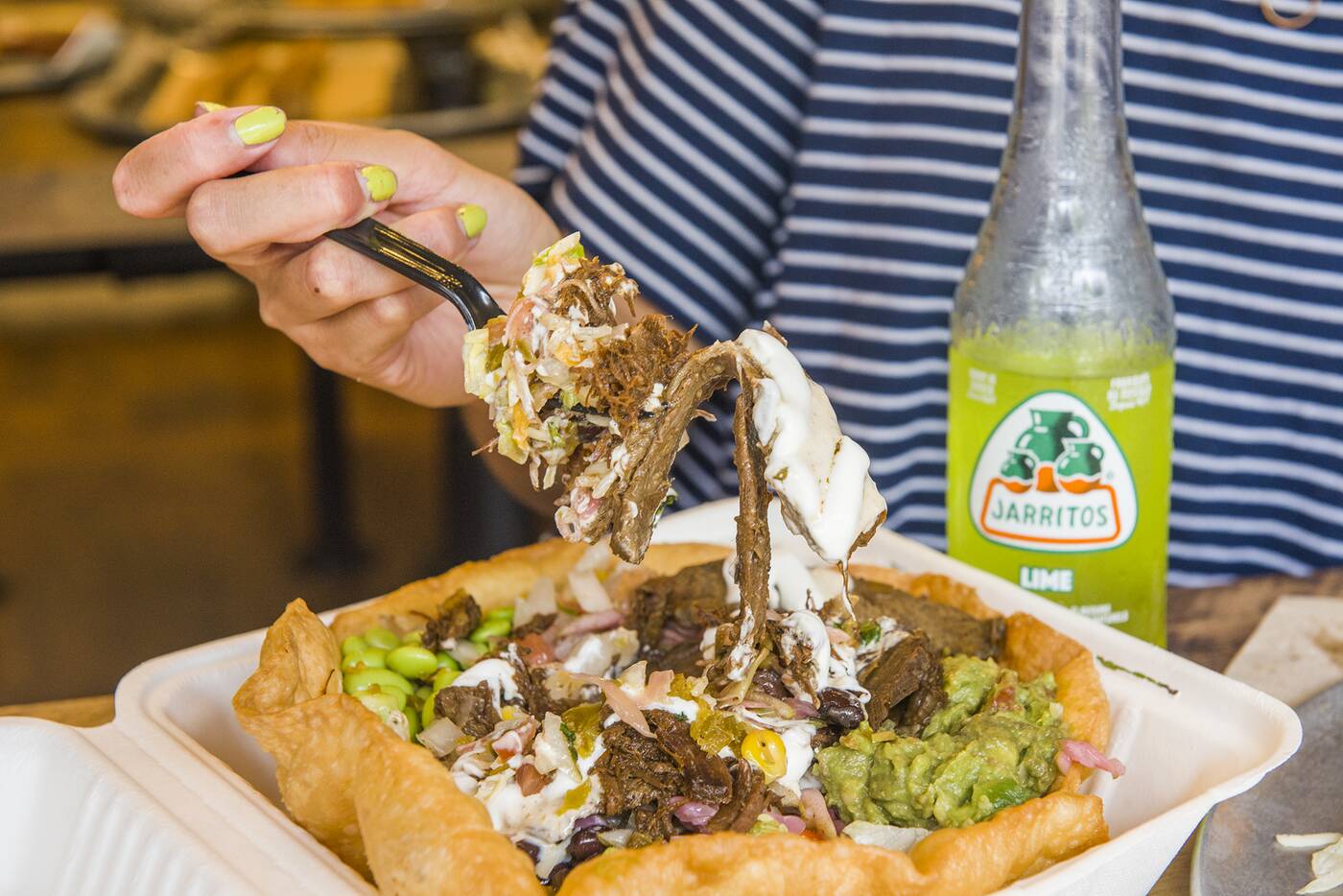 The bowl comes decked out and the tortilla is crispy without getting soggy over time, making it both the ideal bowl and a scooper at the same time. The tasty brisket is a recommended protein here. 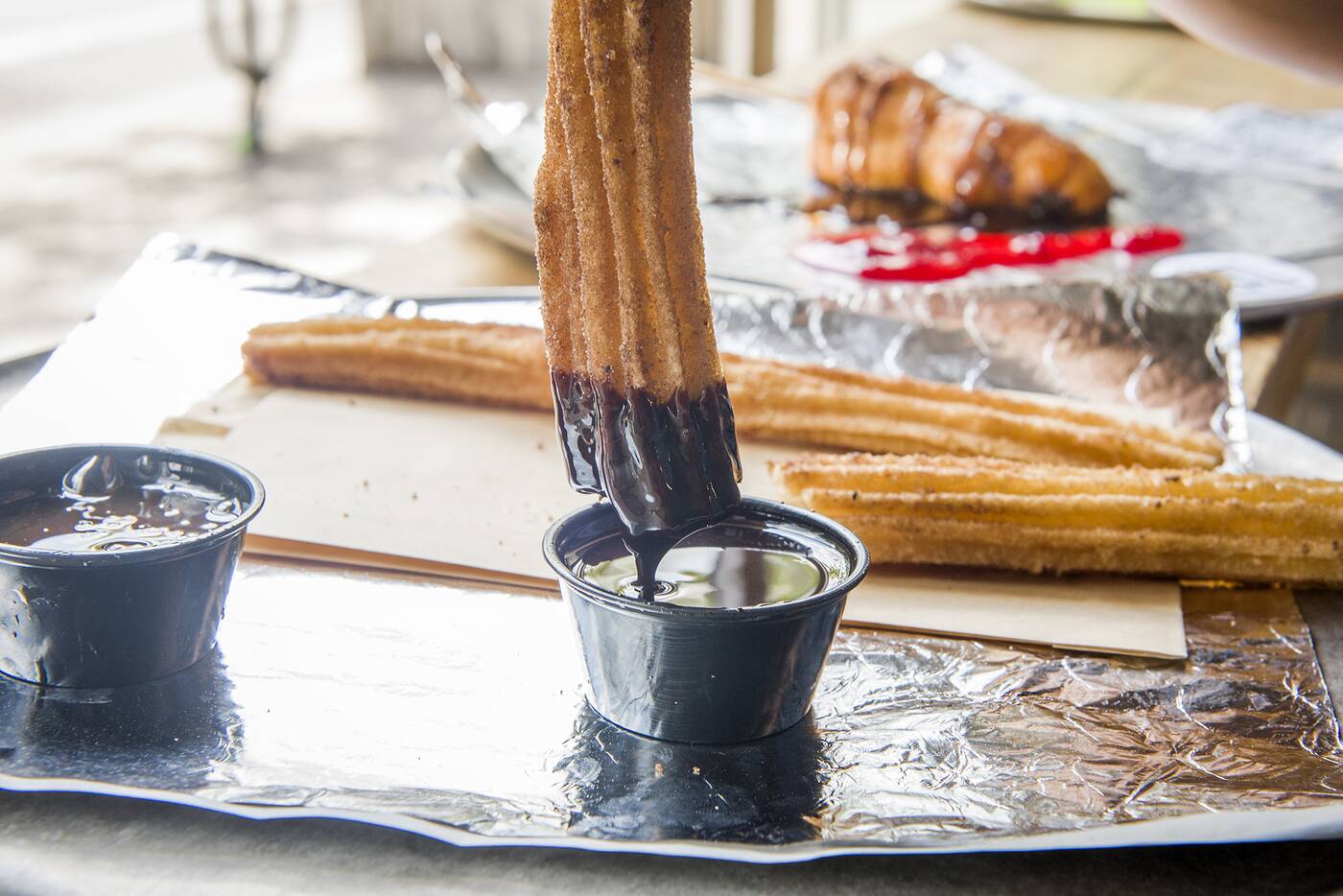 For sweet options, there's churros for $2 each or 4 for $7. Dusted in cinnamon sugar and served with chocolate, caramel or strawberry sauce, these crispy sticks are longer than average churros. 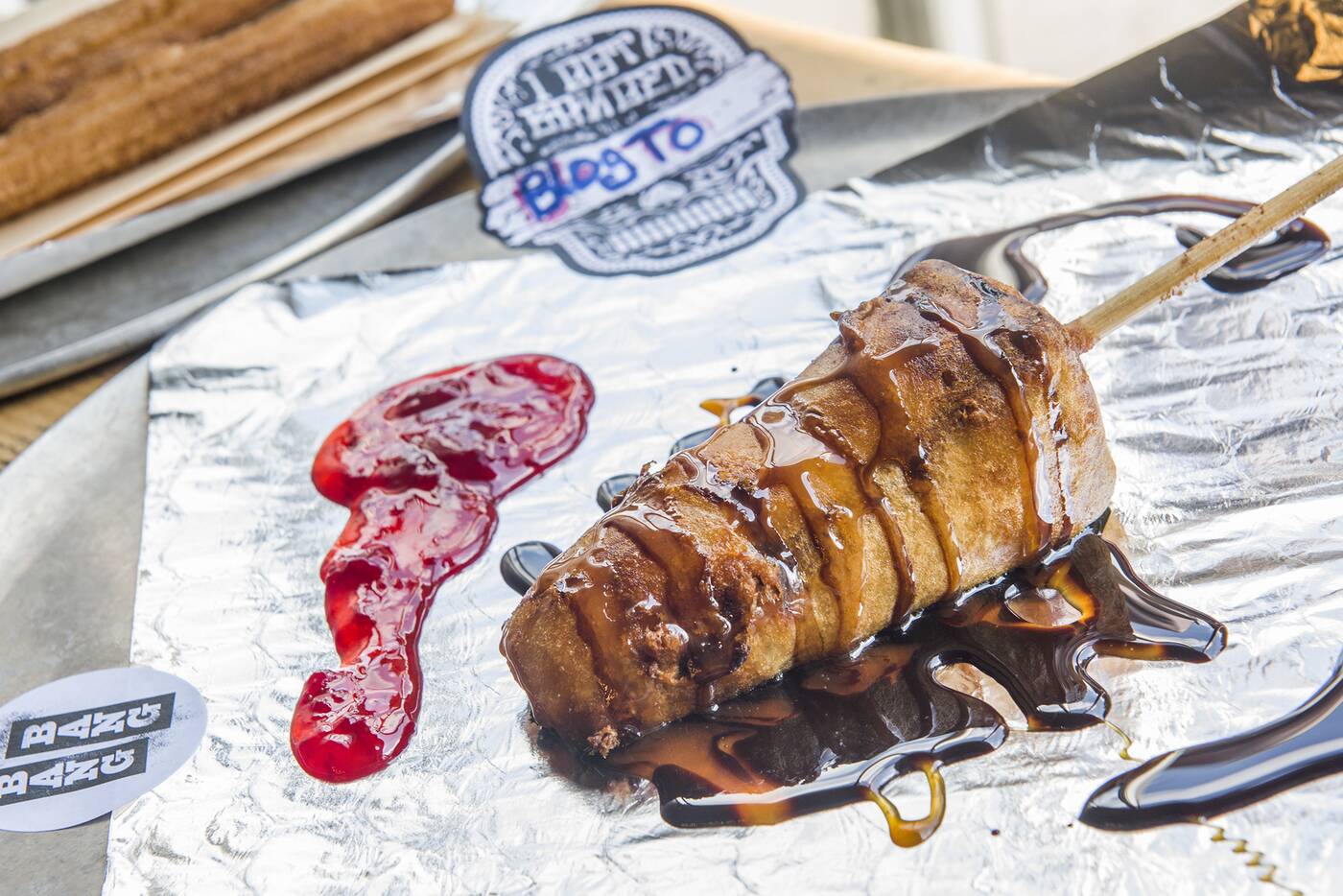 And if you thought you didn't have it in you, the deep fried cheese cake on a stick is a really satisfying end to a meal that will undoubtedly leave you feeling incredibly stuffed. 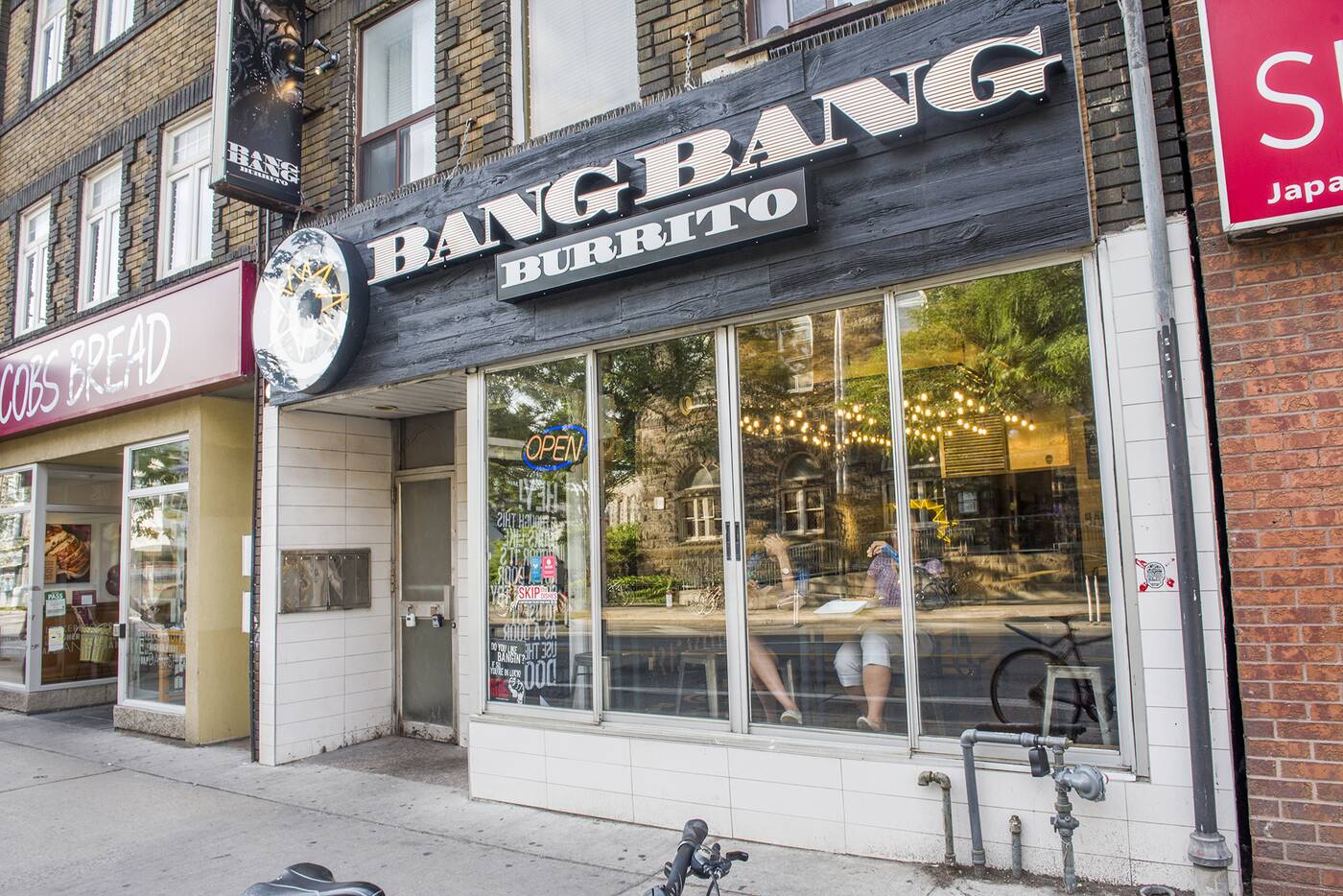