If there's one food that Toronto should be known for it's roti. It's a mainstay of summer festivals like Pride Week and is rumoured to be in consideration as a hot dog alternative at the hoped-for new-and-improved concession stands at the SkyDome .

A long-time player on the roti scene, Parkdale based Bacchus is an understated boite that serves up tasty and cheap Guyanese and Barbadian cuisine. The specialty here is the vegetarian rotis, and the flavors are decidedly different that what can be found at spots further east along Queen such as Gandhi's or the Real Jerk . 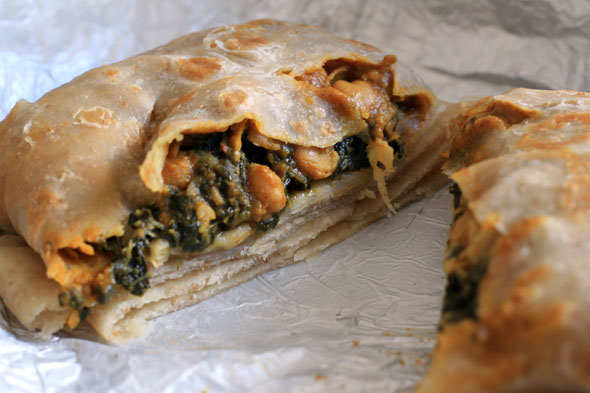 For the veggie rotis, you get to choose from fillings such as squash, potato, green beans, chick peas and mushrooms. Since each additional veggie costs an extra buck, two items at $5.99 seems to work for me.

I've worked my way through a good portion of the menu. I'd recommend the spinach and squash combo although the curried chick peas are also a good bet. Extra fixin's such as lettuce, tomato and onions can be added on request. 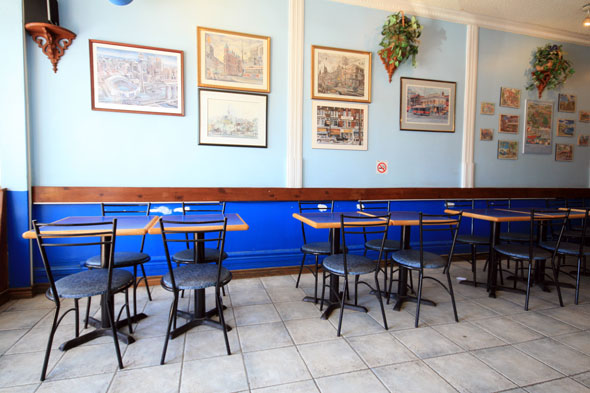 The meat rotis are also worth a look although you won't find anything here that's better than the other top roti players in the city. Samosas, soups, sumptuous sweet potato fries, rice 'n' peas and a selection of desserts are also on the menu.