Aunt Elsie’s Caribbean Kitchen is a strip mall source for some of the most unique and authentic island take out, as well as imported ingredients and products.

A steady stream of customers snakes from the door to the takeout counter and back again the entire time I’m there. 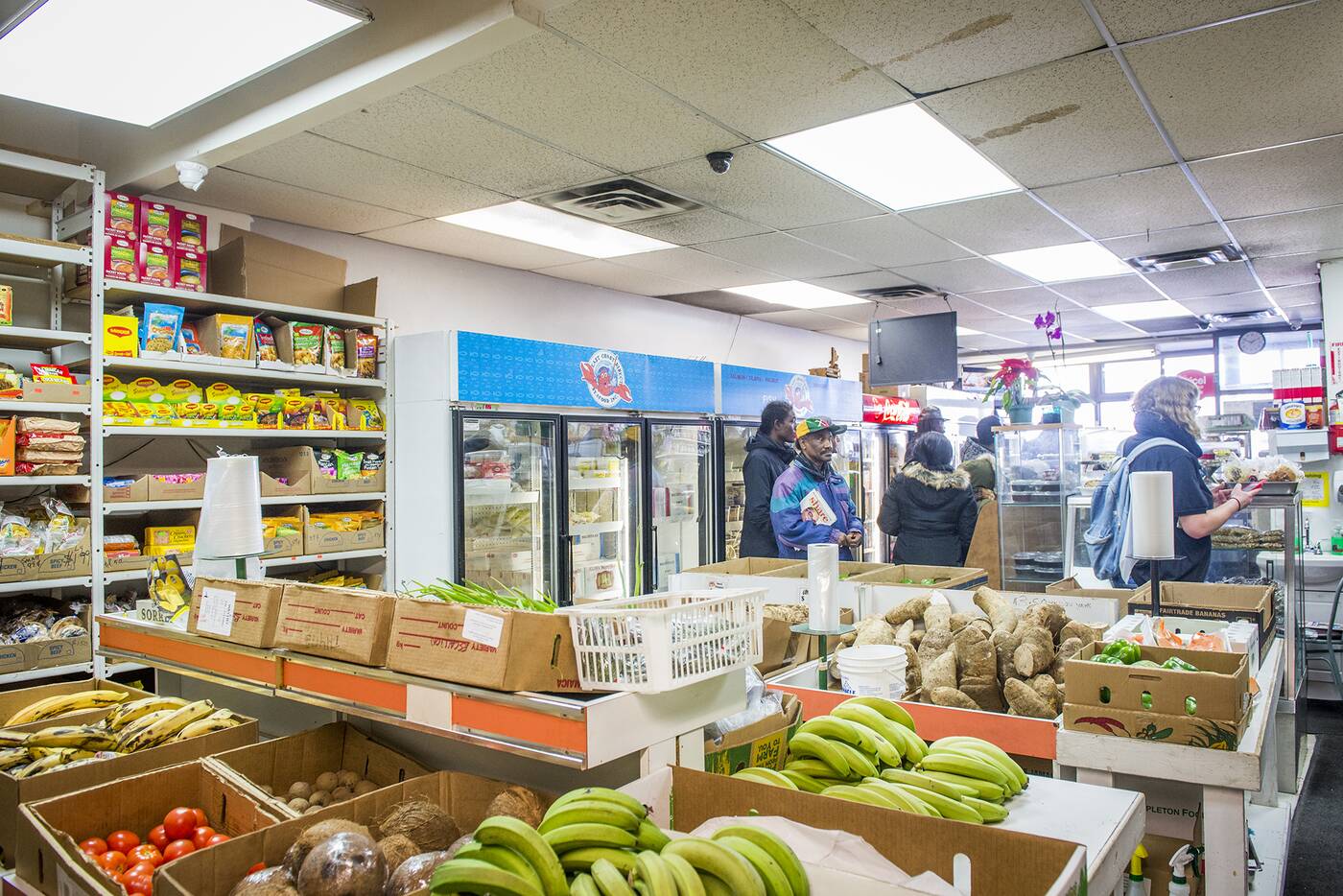 Produce and other goods further to the back, a kitchen where all takeout is made furthest. 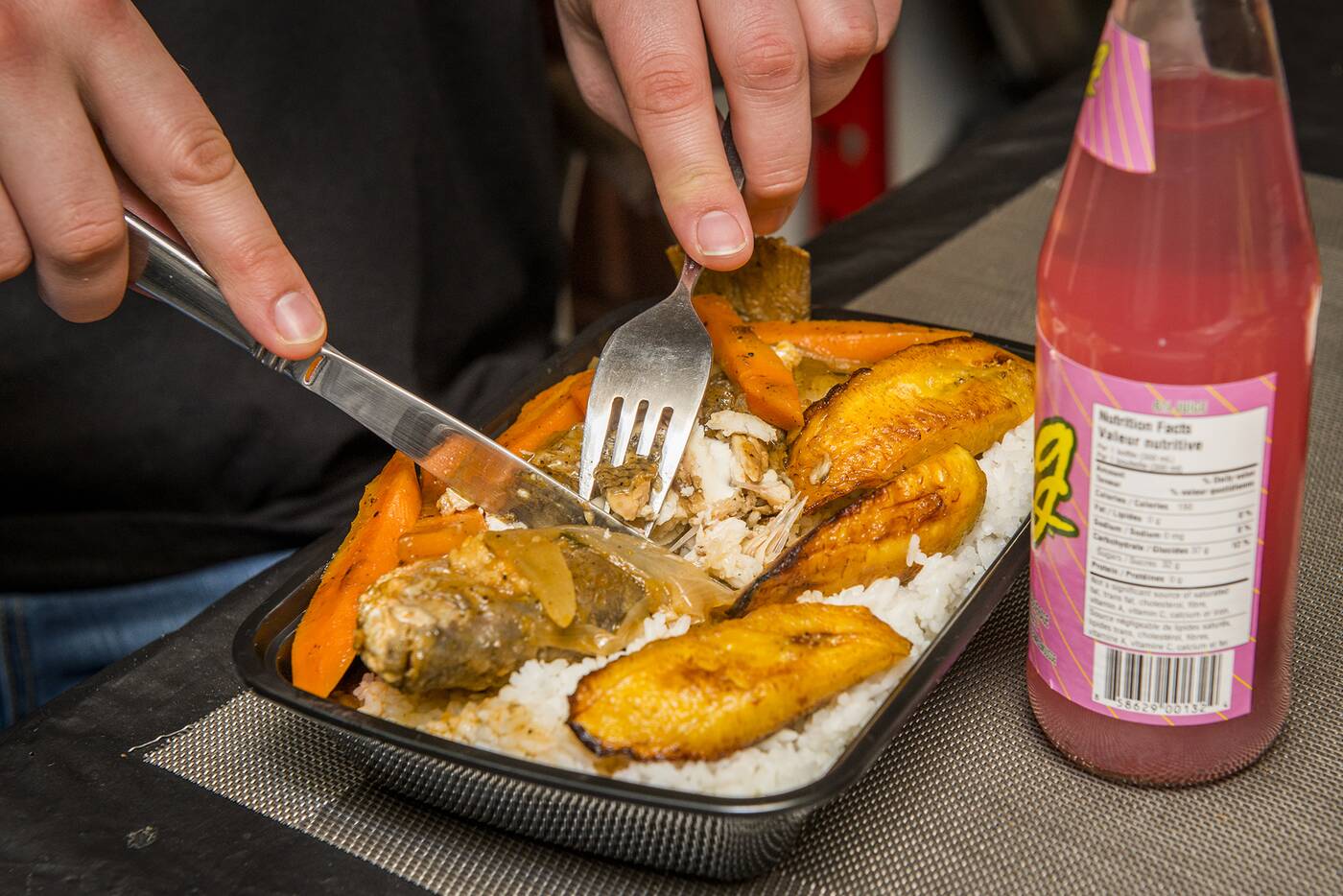 Brown stew snapper ($15) is one of the pricier menu items, served in this particular combo with white rice, surprisingly spicy carrots and fried plantain. The fish is moist and the gravy is fiery, nicely soaked up by the rice. 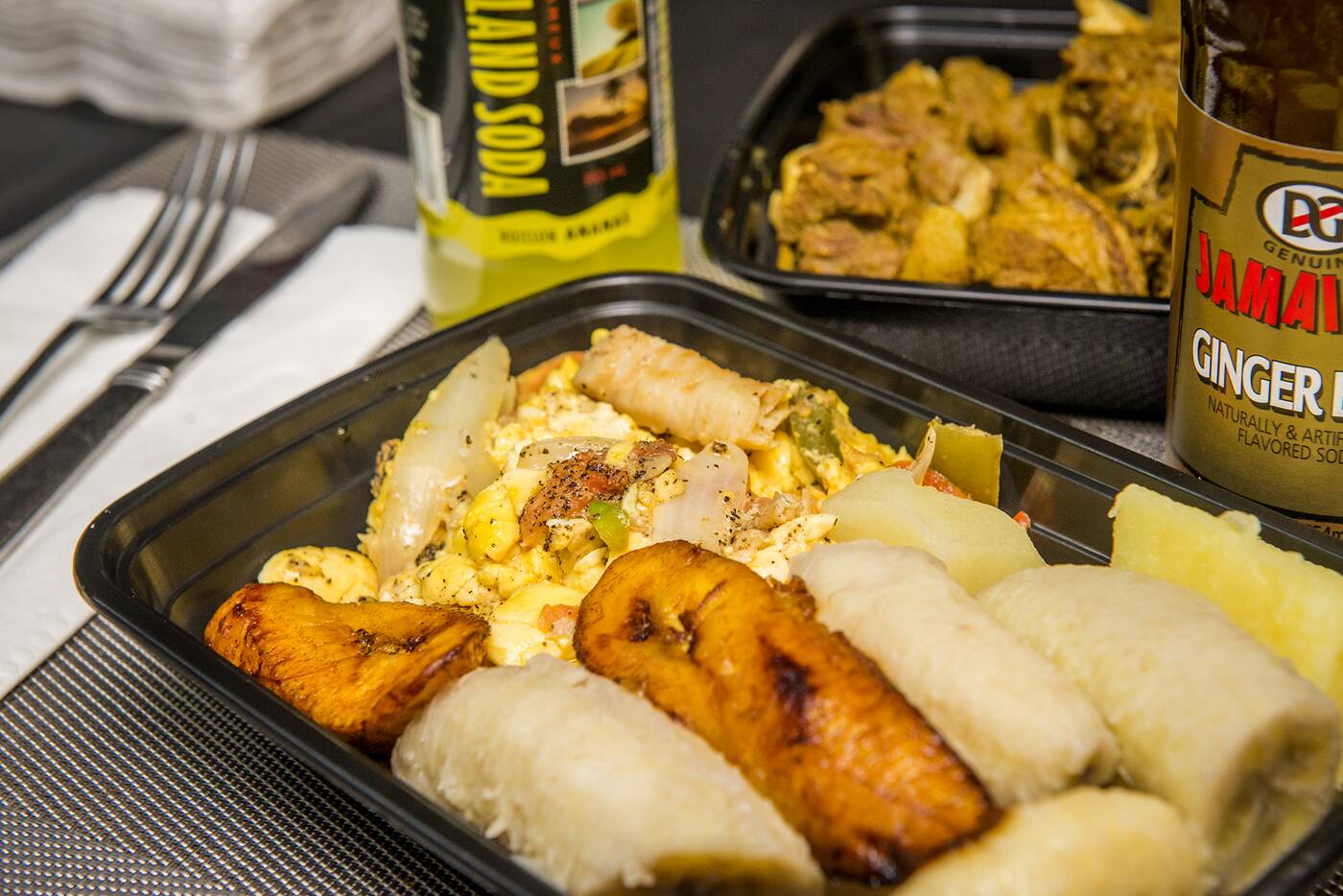 Ackee and saltfish ($8.50 for a small order) is a classic that seems odd at first when you haven’t tried it before, but strongly resembles scrambled eggs, and in fact is eaten for breakfast in the Caribbean.

It’s served in this case with what are called ground provisions, traditional vegetable staples planted in the earth. 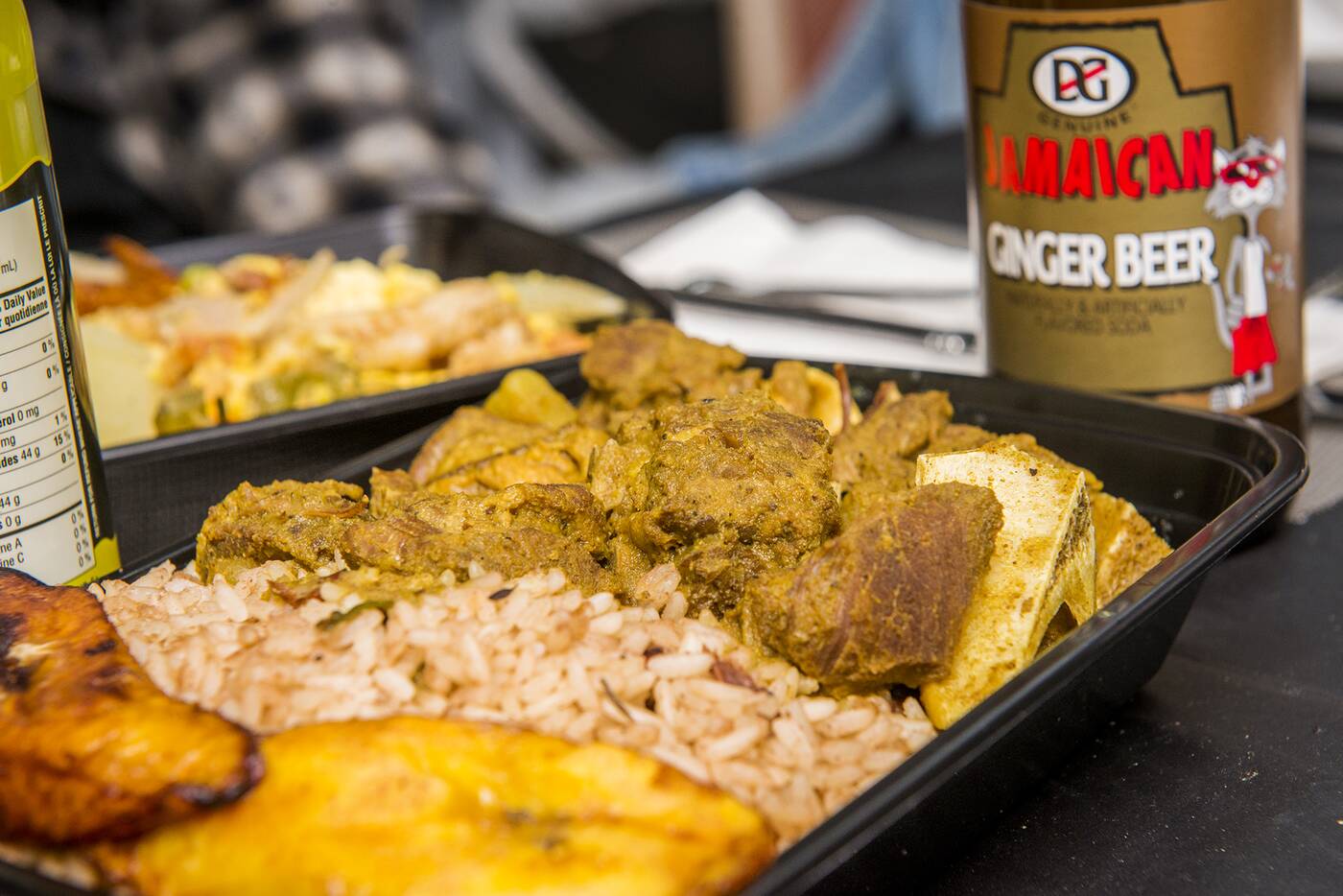 Curry goat ($8.50) is something you can rarely go wrong with, great for those who love sucking strongly seasoned meat off chunky bones. 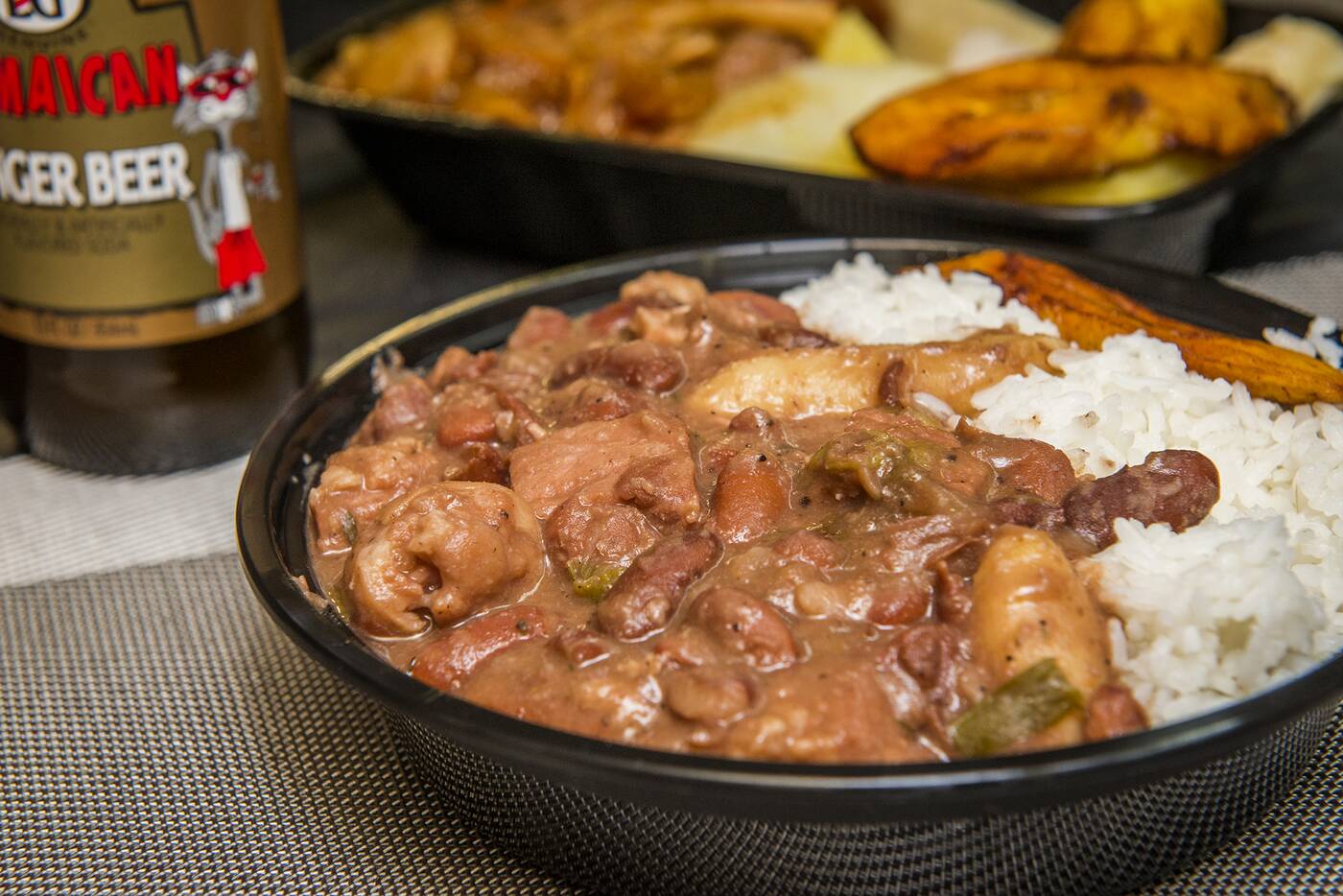 Stew peas and goat head soup are specialties made only on Fridays. The stew peas are better described as a mix of kidney beans and pig tail that have been cooked down with little other than allspice, the meat providing the primary flavour. 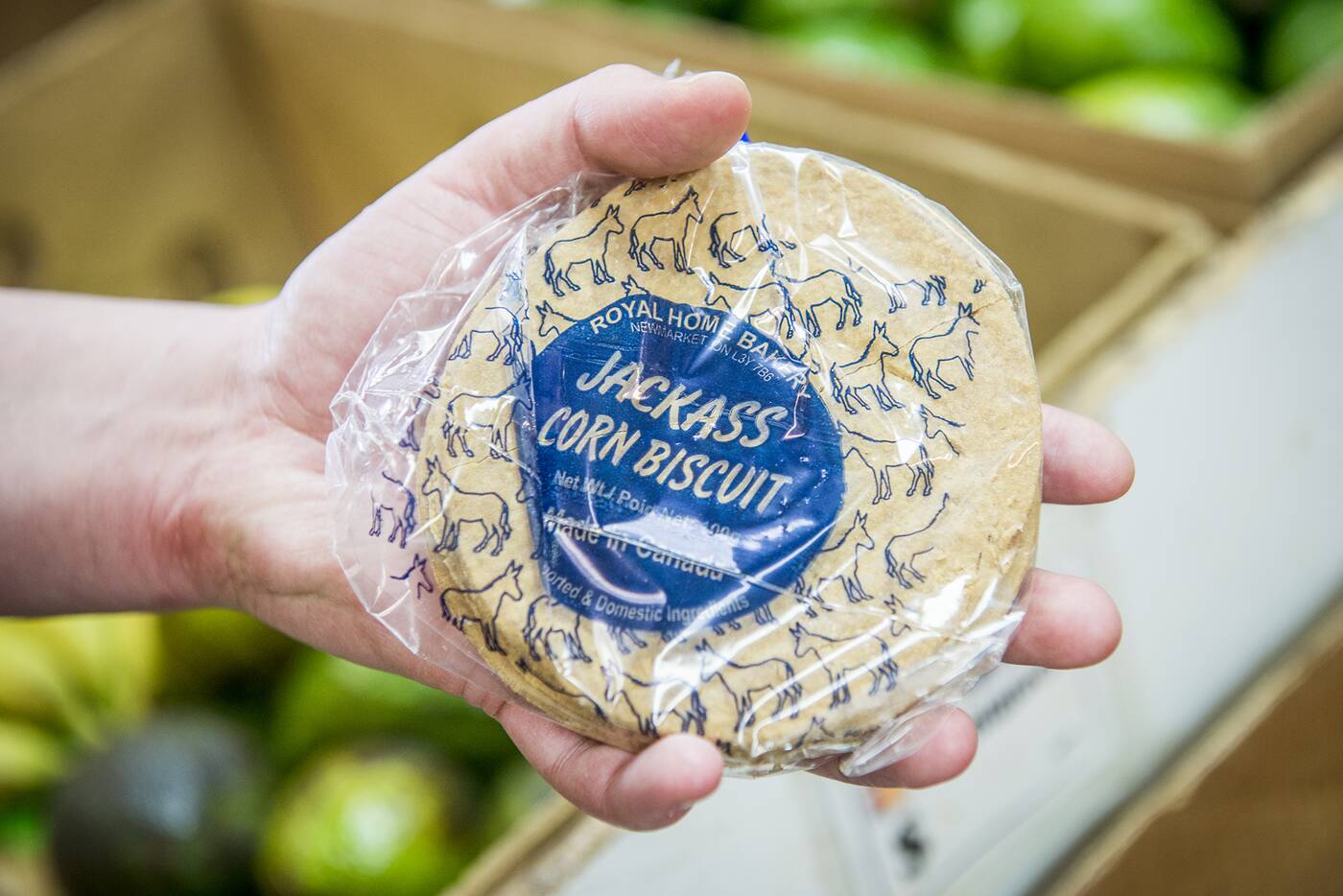 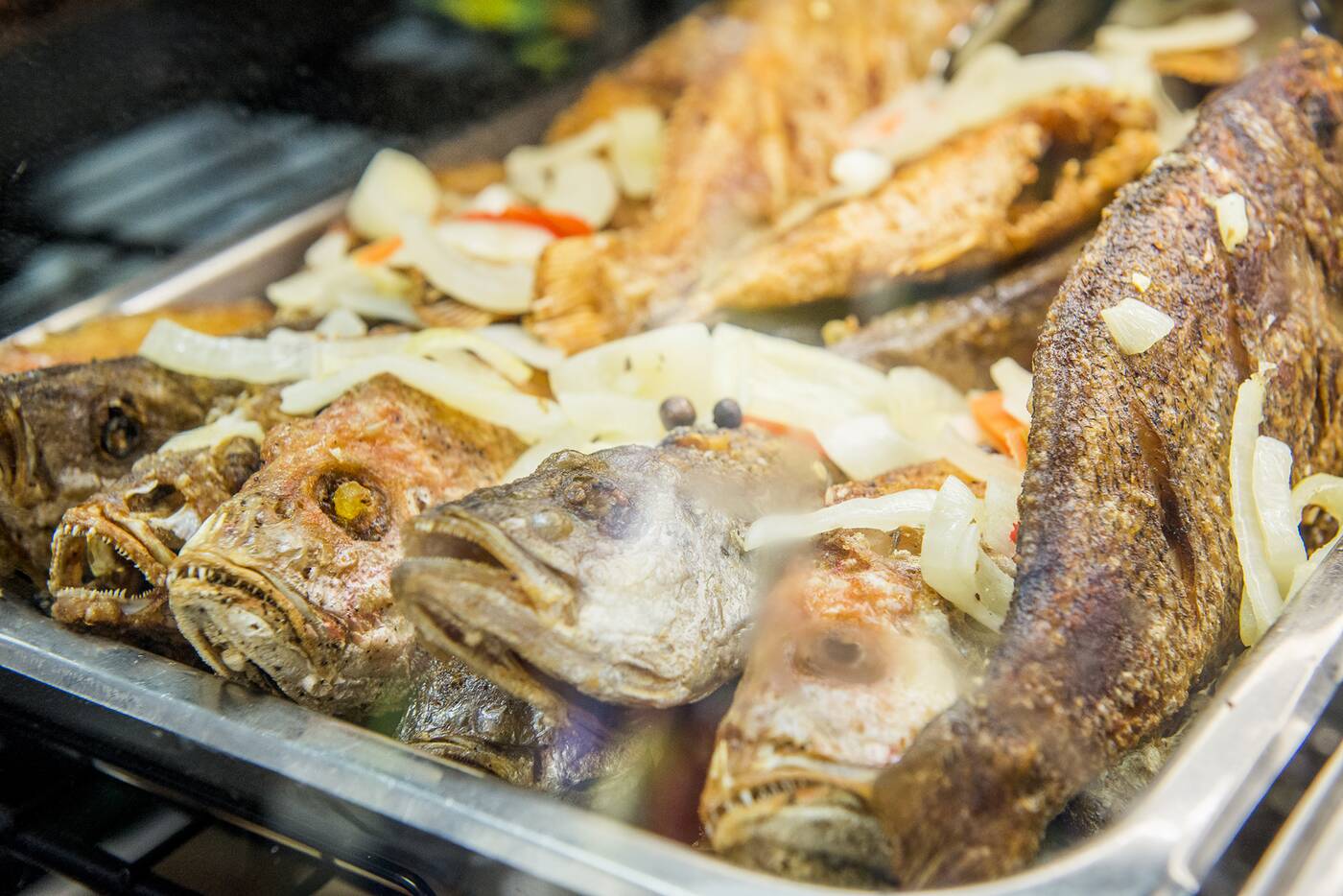 A surprising variety of dried fish peeks out from a case underneath the takeout counter. 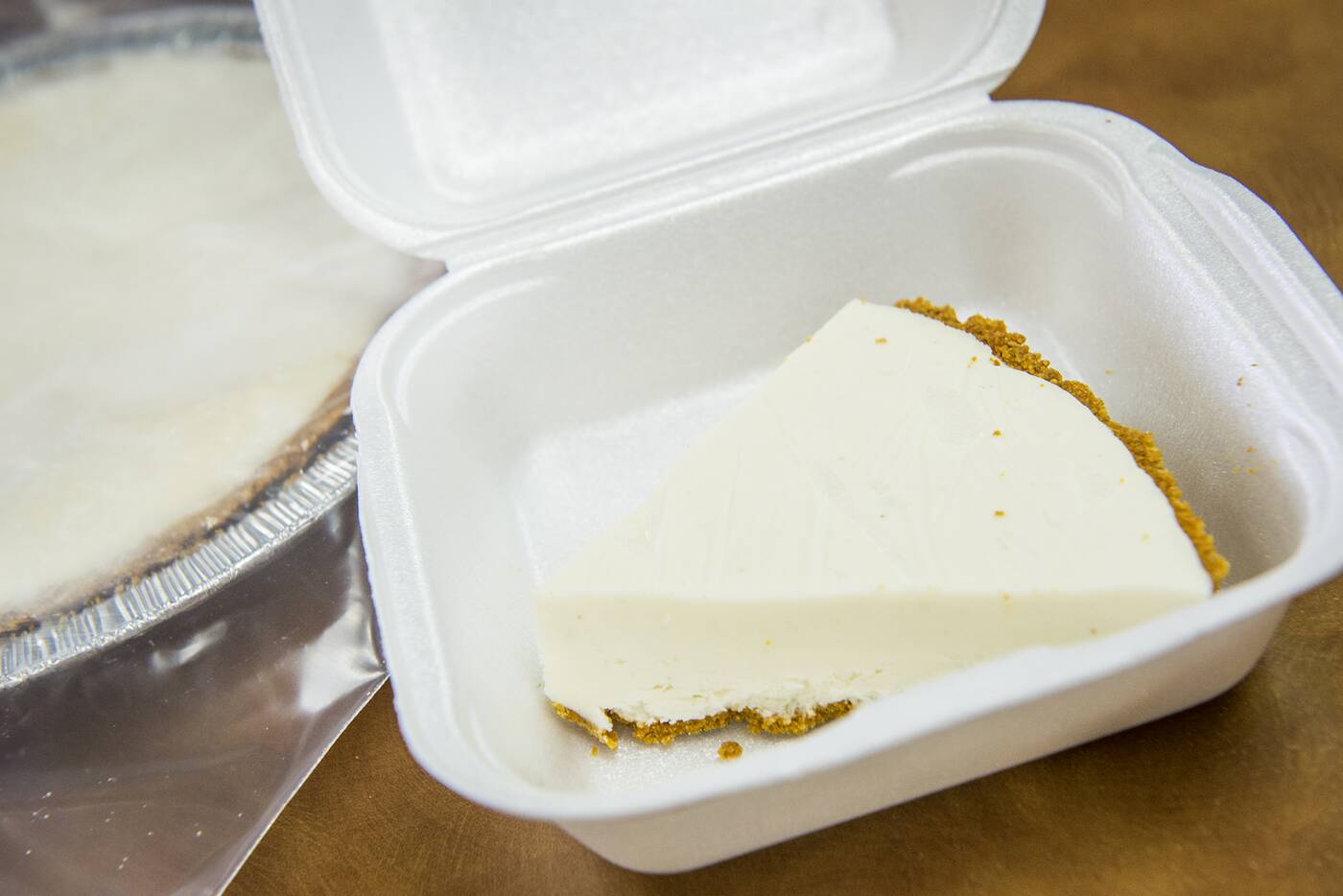 Fridges and freezers opposite the counter hold innumerable simple delicacies from frozen patties to soursop cheesecake sold whole or by the slice. 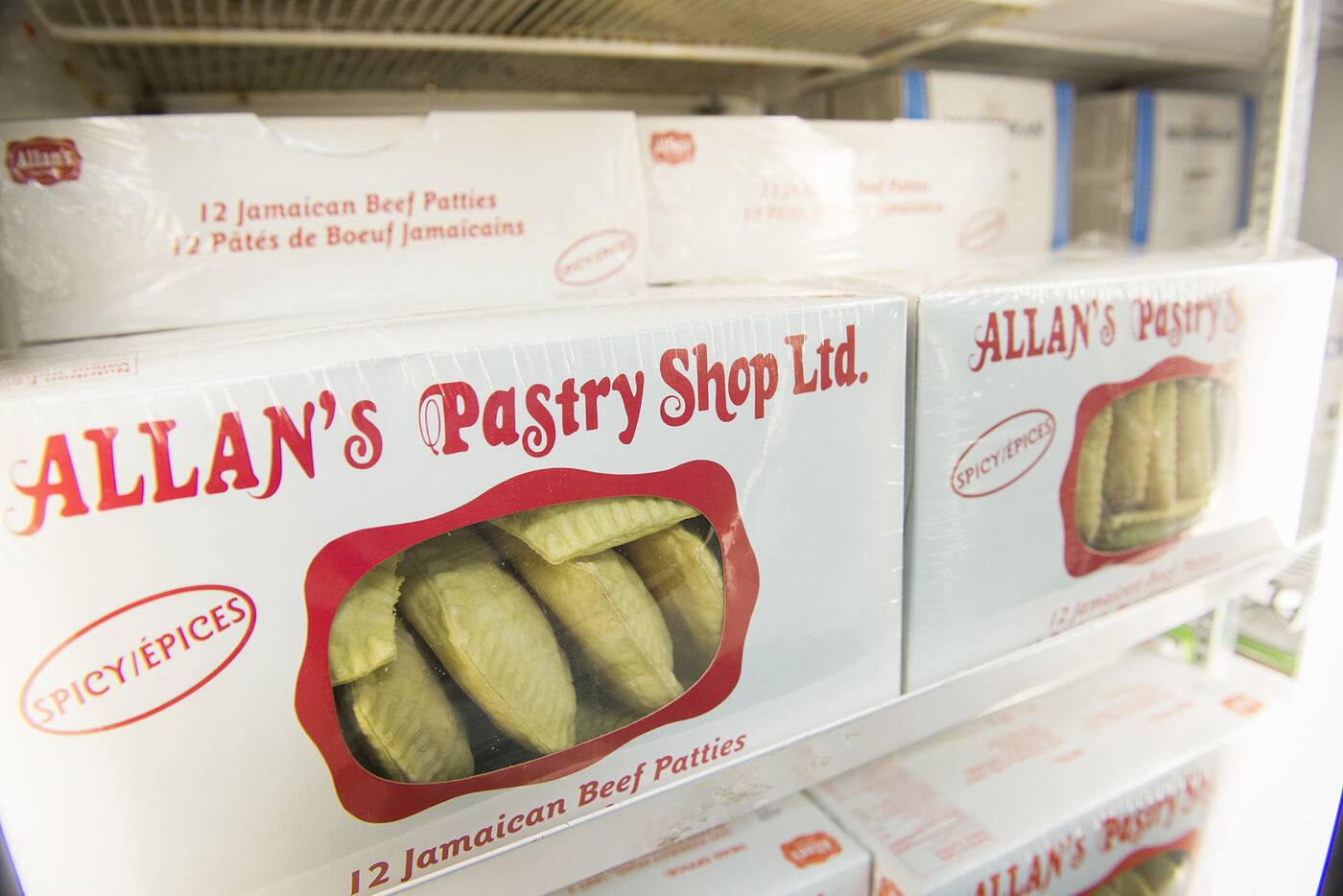 They have a couple varieties and brands of patties, including boxes of twelve from Allan’s, who have multiple products here. 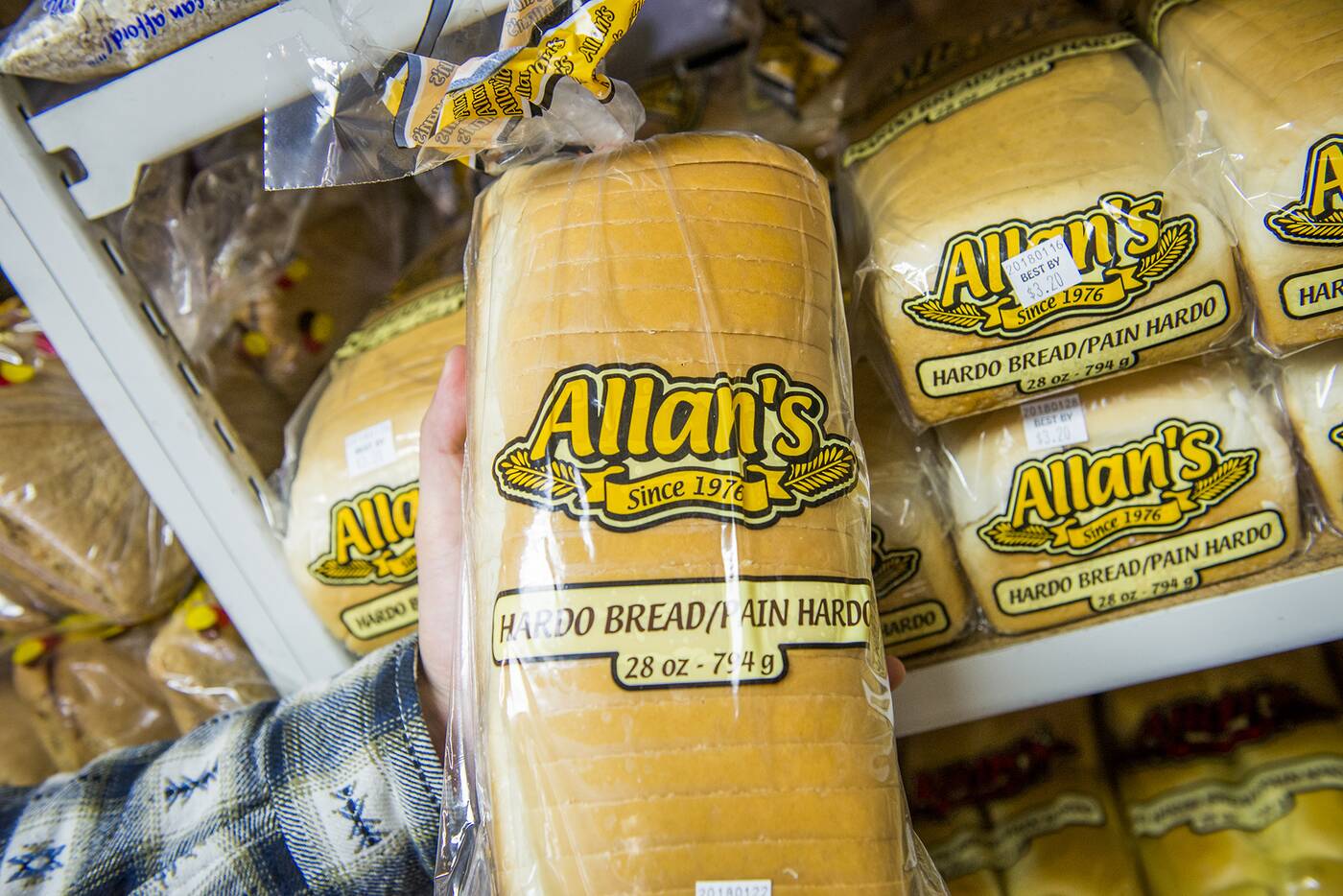 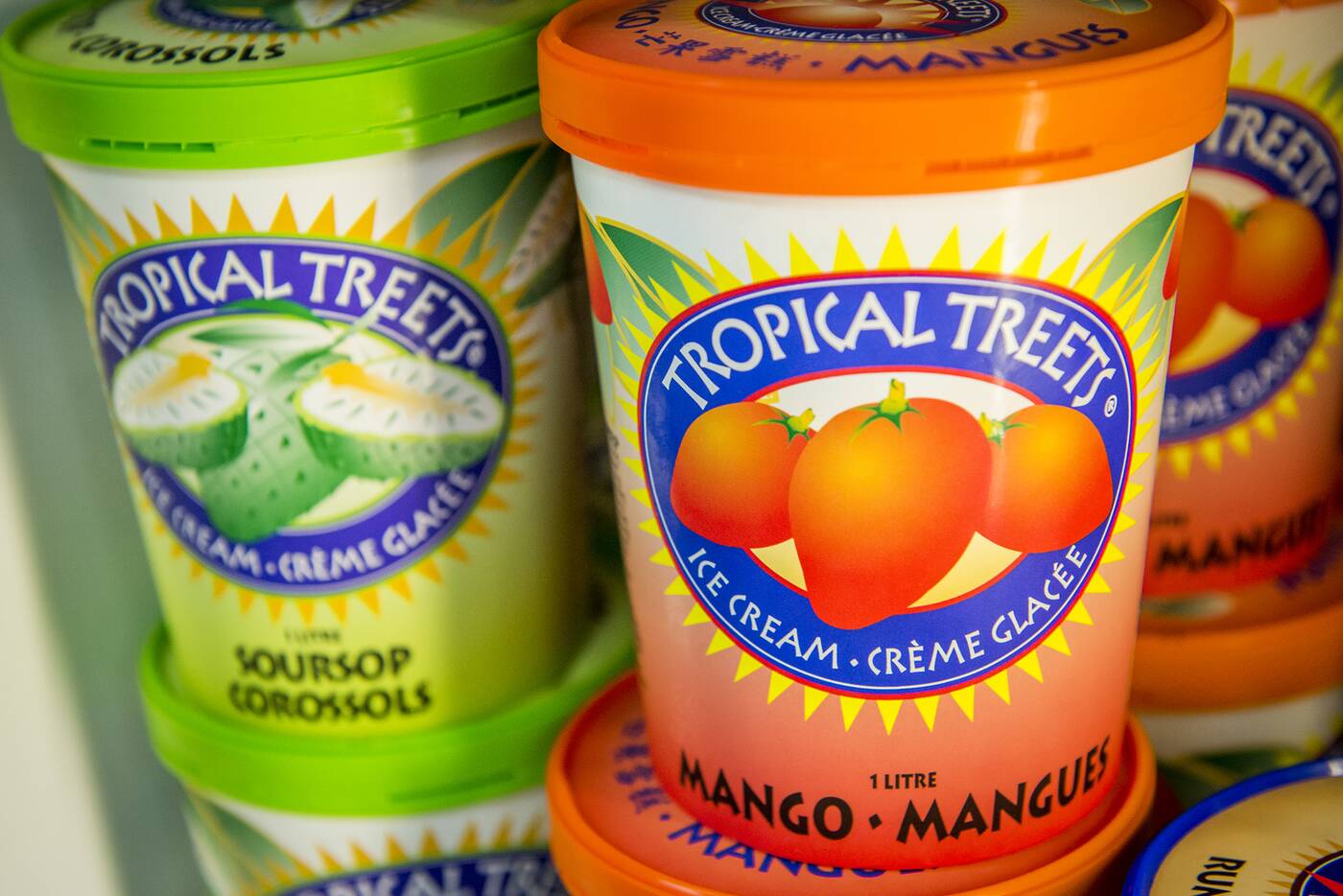 You can also get your soursop fix in ice cream form from here, or choose from other tropical, nostalgic flavours. 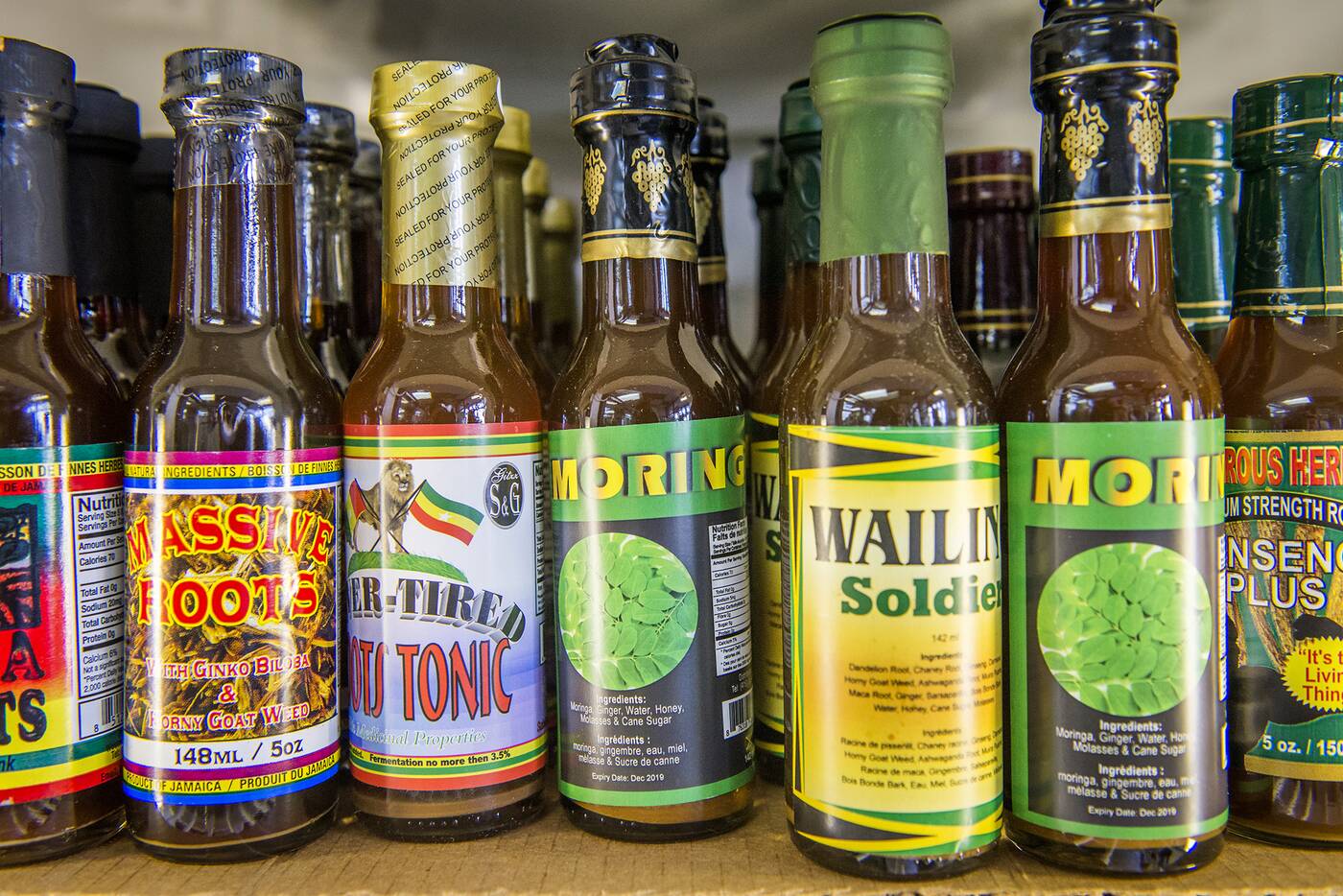 There’s also a treasure trove of island energy drinks, medicinal products and tonics here, the main claim for many of which seems to be an extraordinary powers to enhance bedroom abilities. 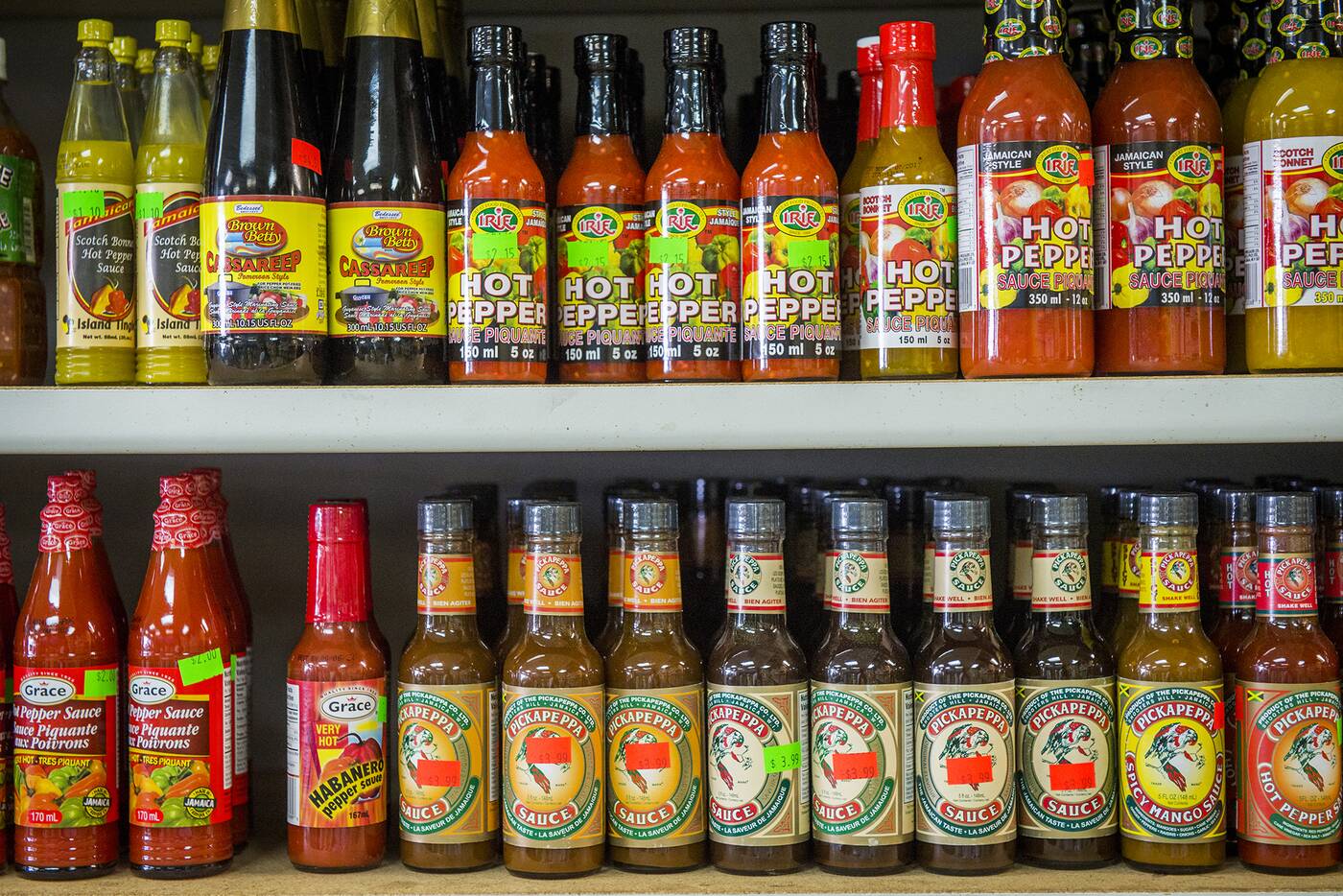 Odds are whatever type, quantity or heat level of Caribbean hot sauce you’re looking for, you’ll find it here. 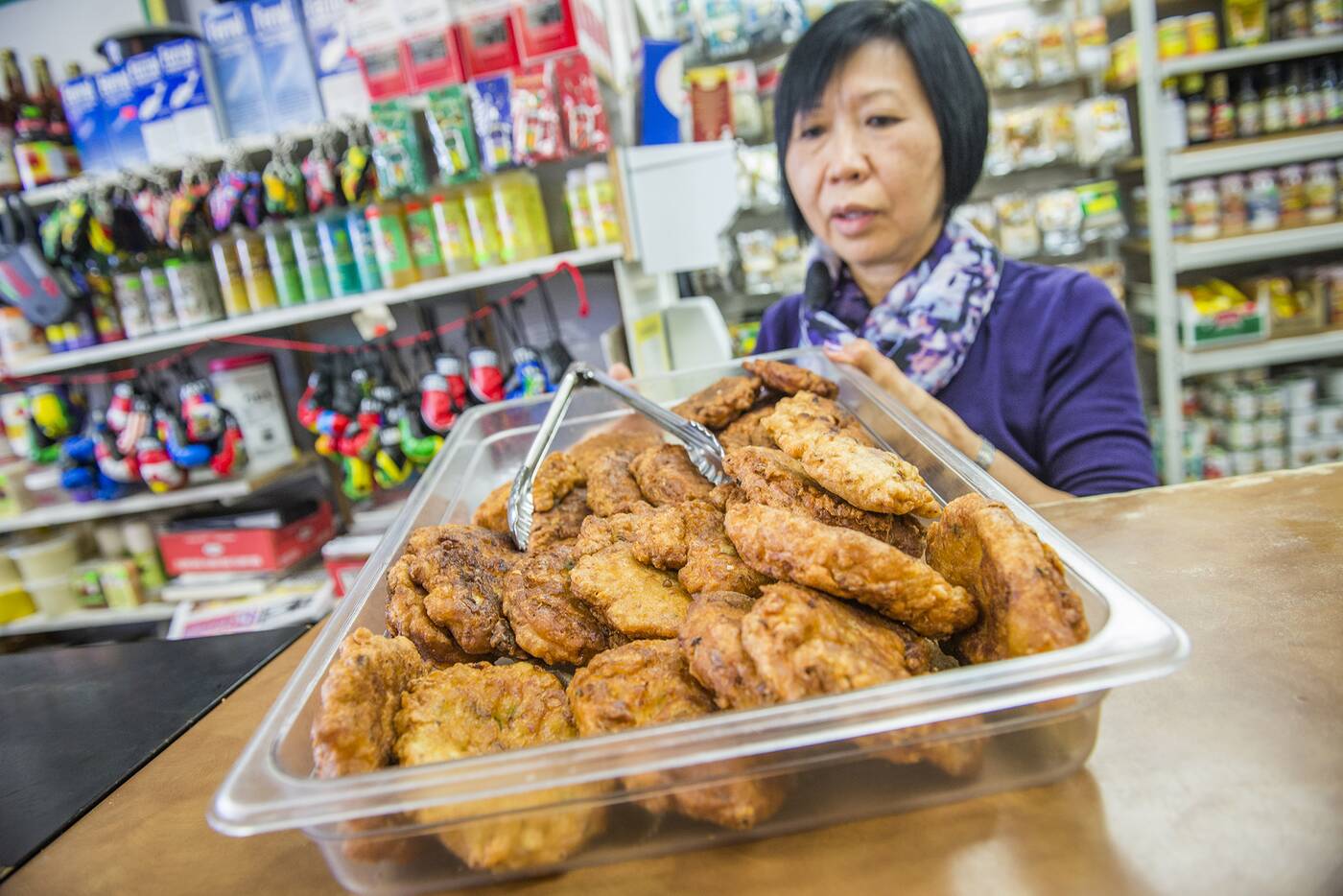 Quick snack items are available for takeout too, fried dumplins and salt fish fritters. Don’t sleep on a large order of authentic, burn-your-face-off pepper shrimp, cooked whole so the entire shell is edible and coated in flecks of lethal scotch bonnet. 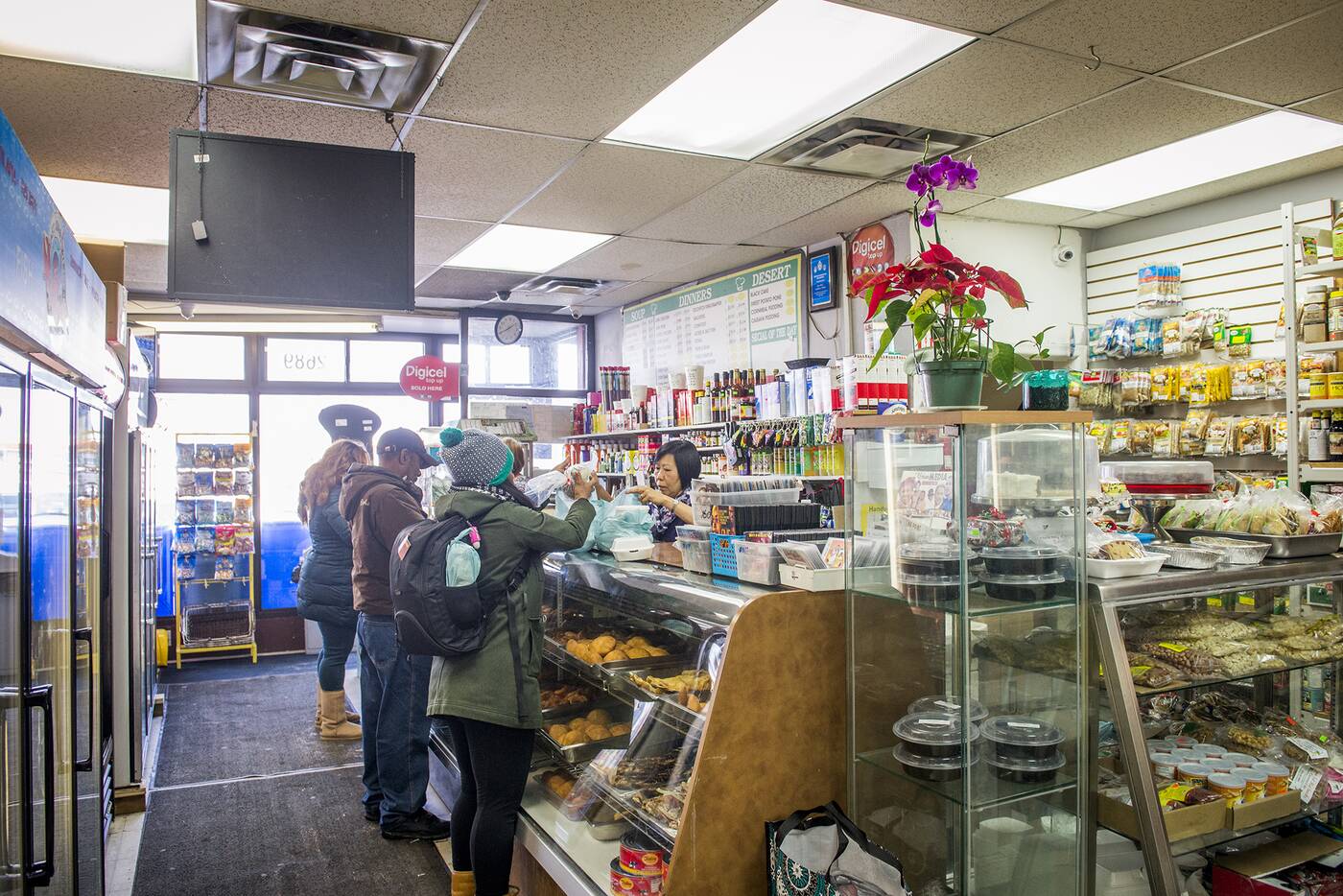 Aunt Elsie’s is owned by Roger Williams, who runs it with the help of his sister Veronica. 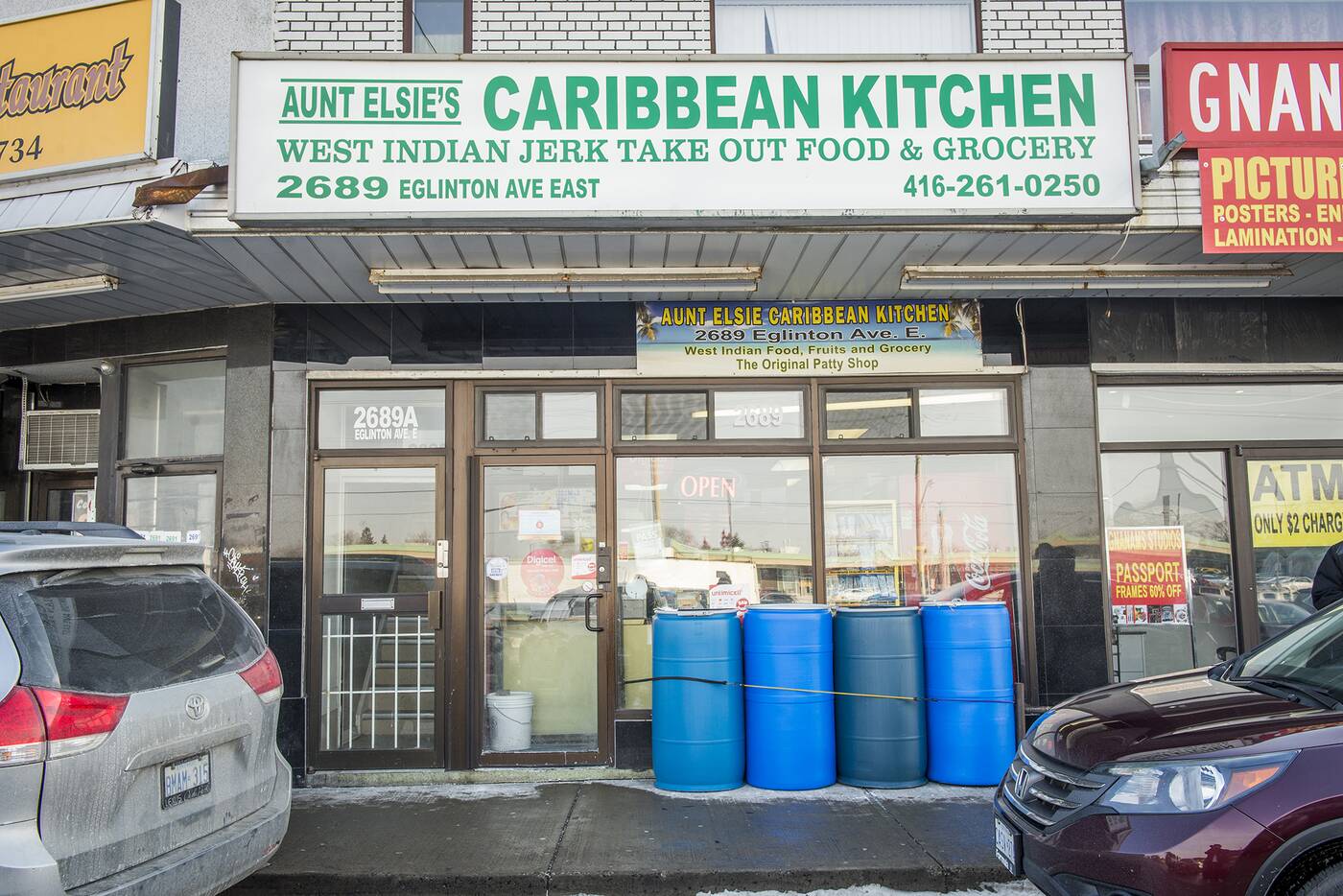