An Sibin Pub took over the corner lot of The Real Jerk last year and has transformed the space entirely. Though I was never really attached to the Caribbean eatery, there seemed to be an injustice in how the whole deal went down... you know, big Irish pub chain stomps over independent business? 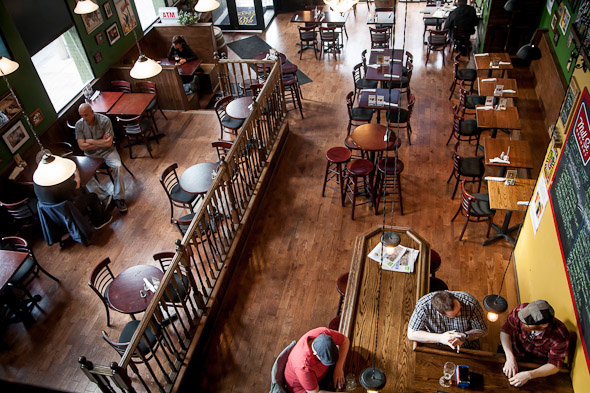 Part-owner Rick Auiler sets me straight, explaining that they're not a chain. Auiler and partner, Scott Brockington, may have learned the ropes with the Quinn family (owners of the Irish Embassy and PJ O'Briens ) but this is their first venture after breaking off on their own. 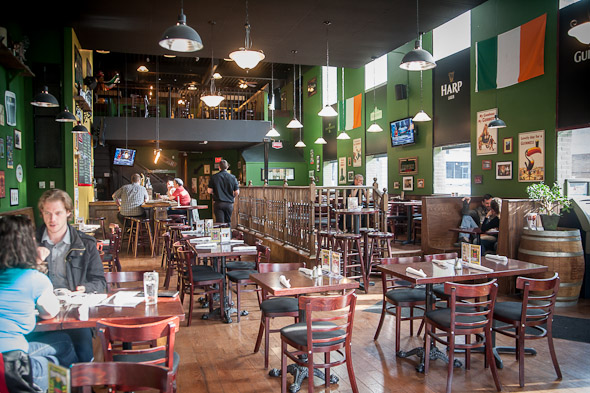 They also contend that the hoopla surrounding The Real Jerk was in many ways due to the overzealous new landlord who had been shopping the site around. Auiler had even pulled out of the deal entirely before the landlord sweetened the pot, kicking in some free rent for all the inconvenience and delays. Auiler tells me Ed Pottinger (owner of The Real Jerk) even came in opening day and said that there is no residual ill will. 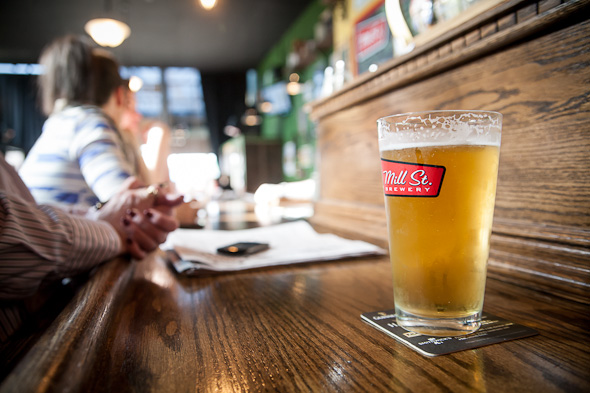 All that said, I had low expectations going in. With no shortage of Irish pubs in Toronto, I was skeptical as to whether this new place could offer even a fraction of the unique character of its predecessor. On a recent weekday afternoon, I was in the neighbourhood anyway and thought I'd see what they'd done to the place.

It looks good inside. The formerly dingy veneer has been replaced with the requisite Irish themed paraphernalia and emerald green colour scheme. The high ceilings and second floor loft area make for a rather cavernous pub. 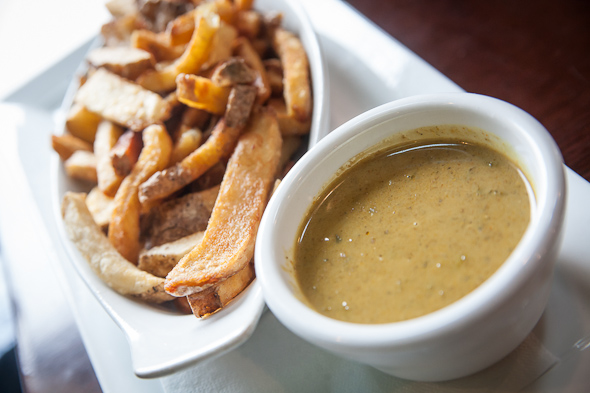 I had assumed the menu would be a generic affair but my interest was piqued by chips and curry ($6) and the Celtic Egg ($9). The chips, house-cut and fried to order, are accompanied by a little pot of creamy, rich yellow curry for dipping. 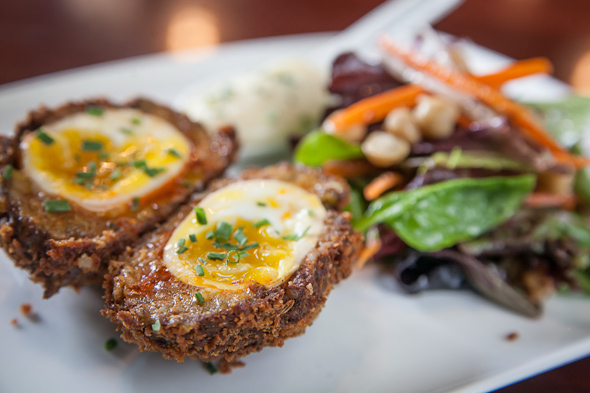 The egg, which is wrapped in sausage and bread crumbs before frying, is the more impressive of the two. It somehow achieves a barely set centre that remains liquid enough to sauce itself, a feat I've seen even high-end kitchens struggle with. 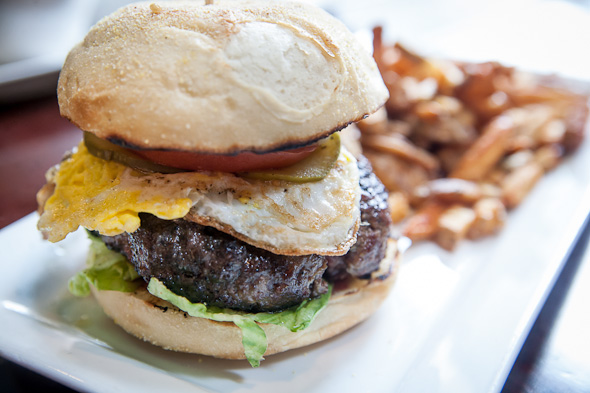 The Bo Burger ($12) from chef Tim Pettigrew (formerly of Grindhouse Burger Bar ), is good too. Composed of Ontario beef that's ground in house, they'll serve it on the rare side if requested. Topped up with Guinness honey mustard and all the fixings, it's a pub grub staple that's well executed. 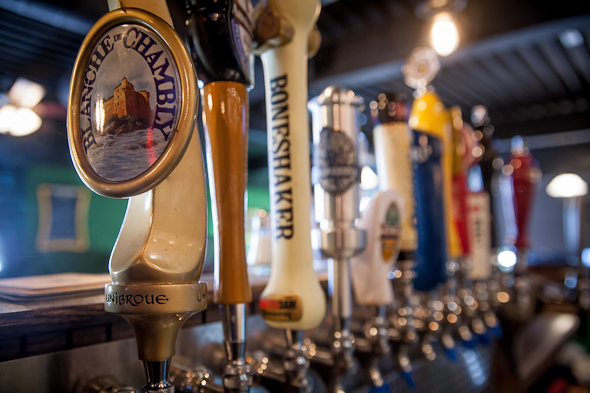 On tap, there are 20 beers that decidedly stay away from big corporate breweries and instead opt for craft and Irish offerings. While the selection is still somewhat predictable, there's at least one tap reserved for guests (on my visit it features Kensington Brewing Co.'s Watermelon Wheat beer) and they occasionally dabble in casks.

Dubbed the House of Ceol (old Irish for music), the pub hosts Celtic rock or folk bands four or five nights a week including an Irish trad session sounds featuring five to 20 players on Sunday afternoons. St. Paddy's Day is unsurprisingly a big deal and Aulier tells me their inaugural celebration this past Spring saw the bar reach capacity by noon and spill over into a tent out back. 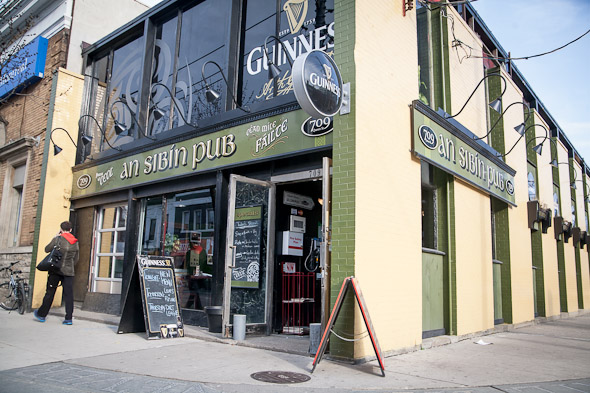 All in all, it was a satisfying way to lose an afternoon made better by unexpectedly accomplished food. Locals can look forward to weekend brunch featuring traditional Irish fry-ups and there are plans to add a Sunday night roast dinner.

The pub is open daily from 11am until last call.