Everyone has heard the whispers of country clubs denying membership based on background or beliefs, and one Ontario private community is making zero effort to hide its rule of ethnic exclusivity in a perplexing real estate listing that has quietly sat on the market since 2022.

The listing seems innocent enough if you're just casually browsing through realtor sites, but if you read all the way through, you'll find something…potentially controversial.

The two-bedroom, two-bath bungalow at 54 Odessa Blvd. in Terra Cotta is situated in a self-described "private Ukrainian community" known as the Poltawa Country Club.

And it could be yours for $875,000, however, there's a very likely chance that even if you have the dough to make an offer, they aren't going to let you buy the house. 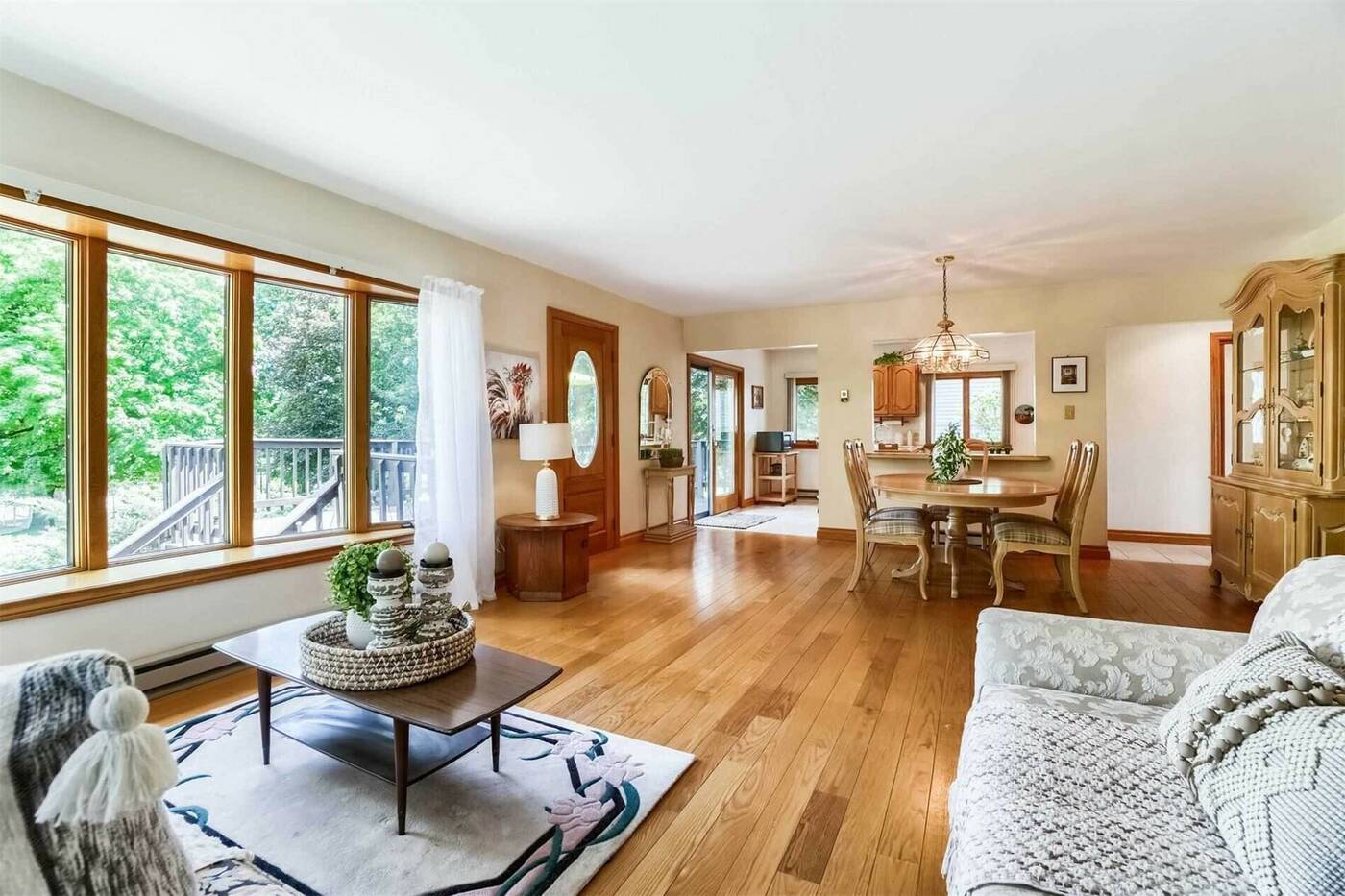 The listing advertises the typical features you'd associate with a small-town home, along with its country club-specific lifestyle and the associated membership fees. But the home description kind of goes off the rails in the last few sentences of the listing, stating that any prospective buyer must be of "Ukrainian descent" to qualify for purchase.

Hold the phone. What?

Toronto real estate: An agent said a country club’s unspoken rule out loud on this listing.

Time to dive into the law books for a look at the Ontario Human Rights Code.

Under Part 1 (Freedom from Discrimination), section 2 (Accommodation) of the Code, "Every person has a right to equal treatment with respect to the occupancy of accommodation, without discrimination because of race, ancestry, place of origin, colour, ethnic origin, citizenship, creed, sex, sexual orientation, gender identity, gender expression, age, marital status, family status, disability or the receipt of public assistance."

A handful of these classifications most definitely seem to point towards there being some pretty glaring issues with maintaining restrictive covenants limiting non-Ukrainians from purchasing a home.

In short, all signs point to 'you can't do this in Ontario.'

That sounds all kinds of illegal

When asked directly if this listing is, in fact, legal, Rayissa Palmer, the broker associated with the listing, told blogTO, "That's a very good question," and then proceeded to describe the complexities of this community without ever directly addressing the opening query.

Palmer explains that the "community was created in 1947 by the Ukrainian diaspora that came after World War Two. They bought one large parcel of land and then subdivided it into 100 lots. So there's only one title, ID number. And, technically, only one owner on title."

Palmer says that, to her knowledge, "there are five communities like this in Ontario, there's ours, there's a Croatian one, another Ukrainian one, a Jewish one. And the province does not allow this anymore."

Palmer specifies that while buyers purchase a house, they don't actually own a title to the land. She goes on to explain that due to this ownership situation, traditional banks will not provide a mortgage on the property, and purchasers instead have to work through a Ukrainian credit union or private lenders to finance their home.

"It's more like a line of credit to be able to purchase a home here," says Palmer, saying that purchasers must dole out down payments as high as 40 per cent down.

Palmer says the community is "governed similar to a condo building; we have a board of directors that are elected, and every lot equals one vote for the membership. And then what happens is that there are dues because we have to maintain our own roads and the shared parklands and the pool, that's all maintained by the membership."

"So you're not technically an owner, you're a member," clarifies Palmer.

But that still didn't quite answer the question of "is this legal?"

Palmer points out that the board has bylaws in place that ensure owners are of Ukrainian descent, and that while some members of the community have married in and are not of Ukrainian background, "nobody has challenged it yet to say, 'Hey, you can't do that.'"

She says that if such an instance came up, "It would have to go probably to the Human Rights Tribunal, would be my guess."

Describing owners as members does provide a bit more coverage for operators of country clubs like Powalta, but those added freedoms don't appear to extend to restricting members to specific nationalities.

The Code does state in regards to private clubs that "The right under section 1 to equal treatment with respect to services and facilities is not infringed where a recreational club restricts or qualifies access to its services or facilities or gives preferences with respect to membership dues and other fees because of age, sex, marital status or family status," but makes no mention of national background.

But there could indeed be some legal basis for the community's restrictions.

Realtor and housing law expert Varun Sriskanda tells blogTO that "The property most likely has a restrictive covenant on it - which is legal. A restrictive covenant is tied to the title of the land and includes things you can't do with it. In this case, the RC requires the buyer to be of Ukrainian descent."

He says that "in the 50s there was a lengthy court battle commenced by a wealthy London businessman when he tried to buy a cottage with a restrictive covenant."

Sriskanda explains that "Eventually, it ended up at the Supreme Court of Canada, and in Wolf v. Alley it found the covenant to be an illegal restraint on the owner's right to sell. The Province of Ontario reacted by voiding restrictive covenants entered into after March 24th 1950 but it didn't void older ones.."

So basically, this community could be under a grandfather clause that allows it to keep on keeping on, even if such restrictive covenants would be illegal today.

It is not lost on me, as the writer of this article, that the preservation of Ukrainian culture is more important than ever before amid Russia’s brutal and drawn-out invasion of the sovereign state.

I can also acknowledge that living in an ethnic enclave can provide residents with a sense of community security, especially relevant during such tense times for the Ukrainian people that have translated into ugly anti-Ukrainian attacks and vandalism right here in Ontario.

Though with all that said, and the complex legal issues aside, it doesn’t seem to justify having communities in Ontario — a province built on multiculturalism — that exclude based entirely on nationality.