A retro roller rink is on the chopping block as part of a sweeping redevelopment scheme planned next to Clarkson GO station in Mississauga.

It's just one of two major proposals announced on Wednesday by Slate Asset Management, hot on the heels of the developer submitting applications with the City of Mississauga back in December.

Slate is proposing to level an approximately 3.7-acre site next to Clarkson GO station, occupied by a collection of buildings from 2077-2105 Royal Windsor Drive. Perhaps the most notable of the bunch is Scooter's Roller Palace at 2105 Royal Windsor, which would be torn down along with an adjacent auto service centre, car rental, and a Harvey's location.

In place of the popular roller skating spot and its neighbours, Slate has proposed a complex of four residential towers ranging from 23 to 29 storeys with brick warehouse-inspired designs from architects Gensler. 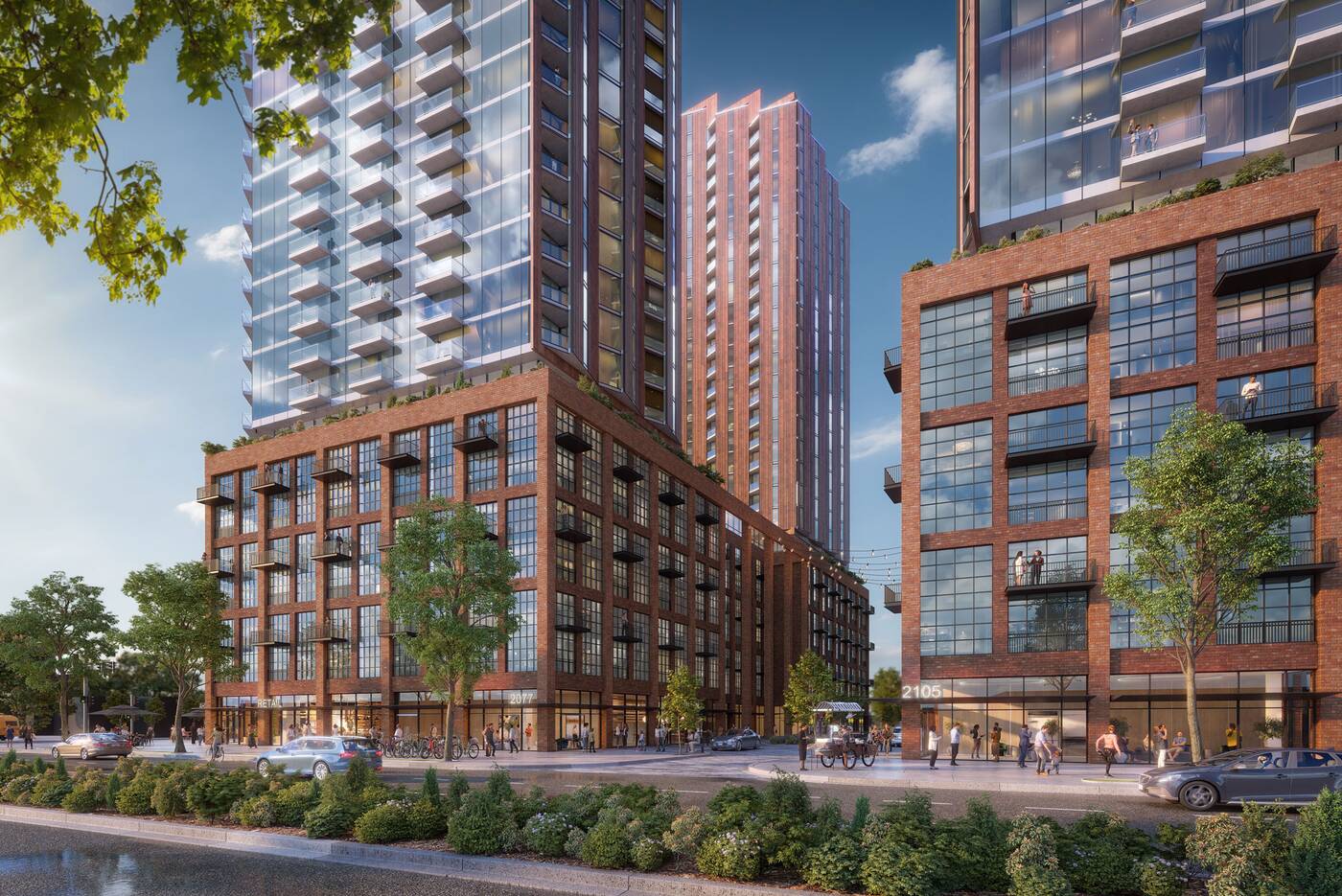 The towers rise from podiums with a distinctive warehouse-inspired look. Rendering by Gensler.

The complex would contain 1,237 residential units and animate the public realm with a variety of retail and live-work uses, with retail patios along the ground floor. 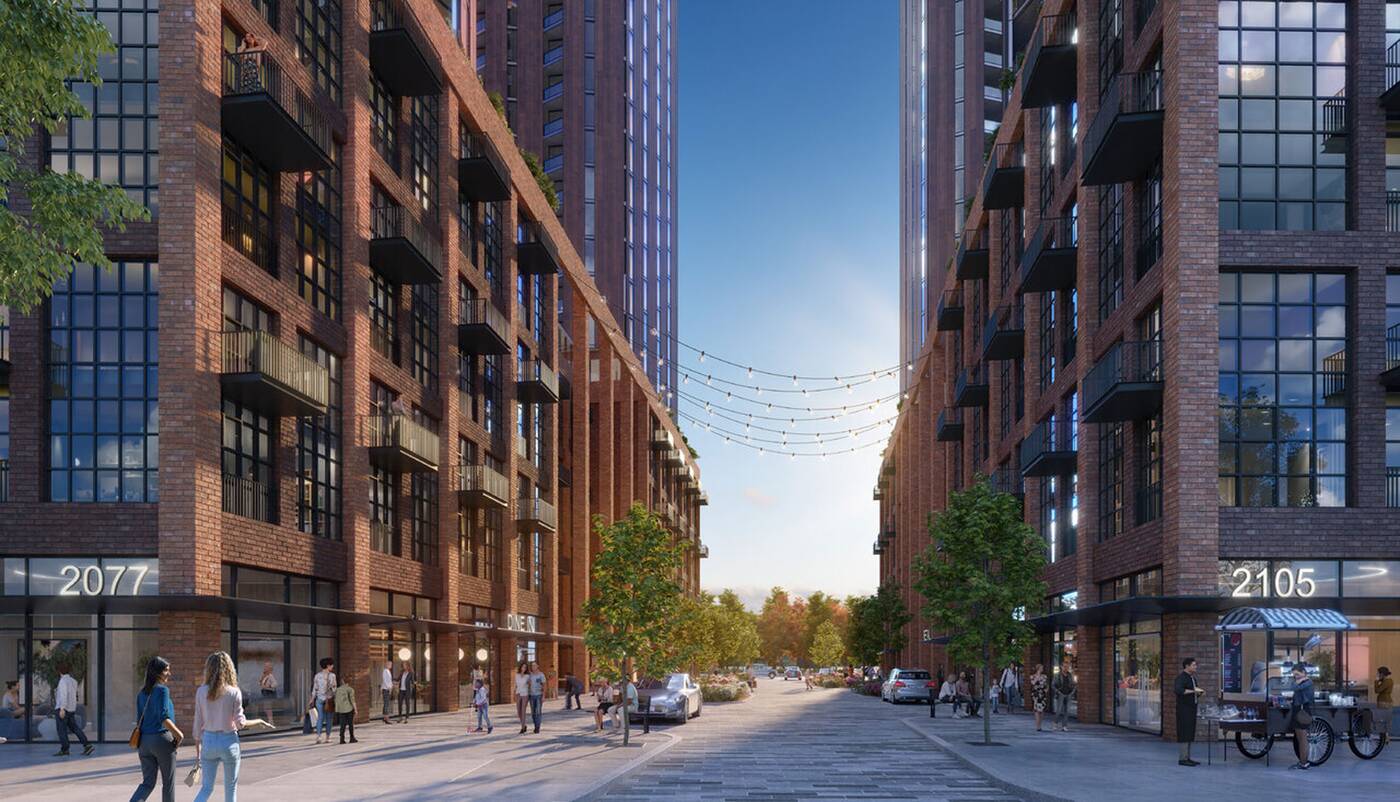 A central spine makes up the core of what the developer calls a 'people-centered' development. Rendering by Gensler.

At the heart of this new transit-oriented community, Slate intends to create a pedestrian-focused 'central spine' with an aim to create a walkable complex that encourages the use of the nearby transit station rather than your typical Mississauga car dependency.

The plan has been in the works since 2016, and the rezoning application comes only after years of studies, reports, and consultations.

The application comes alongside a proposal from Slate to redevelop surface parking surrounding the Dixie Outlet Mall in Mississauga with a group of residential buildings and public spaces.

"After years of thoughtful study and public engagement, we are very pleased to be putting forward these proposals to create two vibrant, transit-oriented mixed-use communities within Mississauga," said Brandon Donnelly, Managing Director, Development at Slate.

Donnelly says that Slate "identified these sites years ago as high-impact urban infill projects where we could apply our placemaking experience to bring to life more sustainable, people-centered developments," and hopes to "unlock the inherent potential of these two sites in a way that will benefit the city and surrounding areas for years to come."

The Royal Windsor proposal is just the latest in a procession of new transit-oriented communities, or TOCs, planned to promote transit use through massive upzonings in proximity to existing and future stations.

TOC proposals are popping up all over the region to varying reception. Such communities are expected to create a huge influx of jobs and address a critical housing shortage in the province, though critics have been quick to point out issues like a lack of affordable housing and alleged shady connections between developers and politicians.