The Ontario Line subway is moving closer to reality each day as new details are revealed about stations and trains.

This new line will relieve overcrowding on existing subway routes and offer a new connection between the Ontario Science Centre and Exhibition Place, but it will also serve as a springboard for new communities clustered around some of its 15 stations.

The province is pushing hard on these so-called transit-oriented communities, or TOCs, partnering with private developers to create new transit-accessible housing anchored by new stations.

A handful of such proposals are already in the works to capitalize on the Yonge North Subway Extension project, and now, they're beginning to appear for the upcoming Ontario Line as well.

The Ontario government has partnered up with developer Choice Properties REIT on a TOC for the new elevated Gerrard Station at the northeast corner of Gerrard and Carlaw, a site currently home to a No Frills grocery store and the Riverdale Shopping Centre.

A triangular site measuring 2.27 hectares, immediately north of the current rail corridor and future station, would be built out with new housing supported by approximately 7,810 square metres of public space, retail, a grocery store and other amenities. 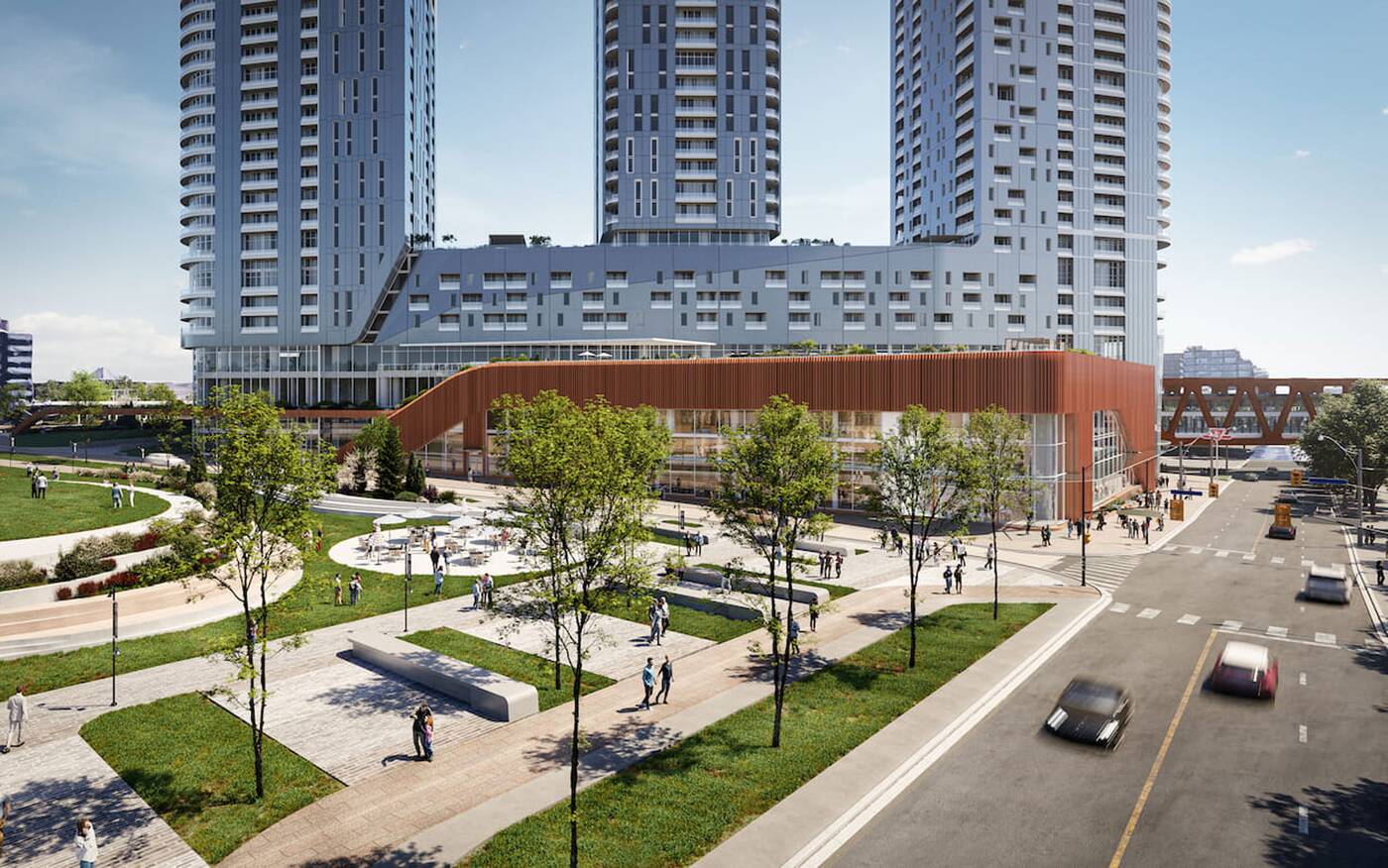 The plan proposes approximately 1,080 residential units that the project team claims will be joined by amenities that "act as an extension of personal living space, contributing to the quality of life of residents and the community." 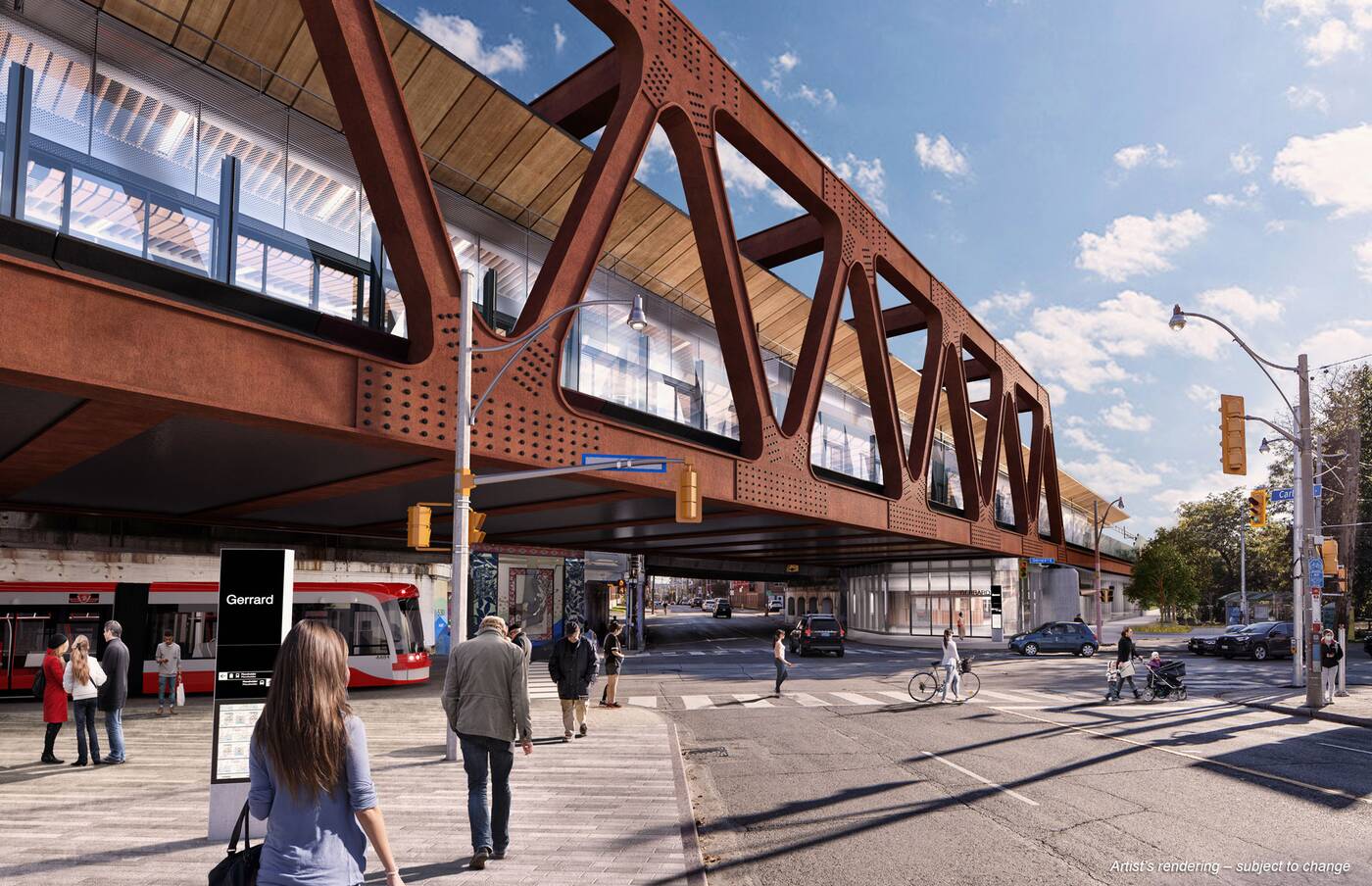 Members of the public will have the opportunity to get a closer look at the proposed development with representatives of the project team at a community engagement session that will be held virtually next Tuesday, Nov. 9, from 6:30 p.m. to 8 p.m.

A second open house is tentatively planned for early 2023.

The province claims it pursued its ambitious TOC program "to improve transit access and bring more housing, jobs, retail, and public amenities near and around transit stations."

But like everything Doug Ford gets his fingers in, there is always going to be opposition. Affordable housing advocates HousingNowTO criticize the plan for a lack of commitment to desperately-needed affordable housing units.

1/ New transit-oriented community (TOC) adjacent to the new Gerrard Station (at Carlaw) along the #OntarioLine.

Doug Ford's Ontario government has been on a tear of opening up new land for development since taking power in 2018, whether through his most recent move in slashing Greenbelt protection or his slightly less controversial push for TOCs.

Basically, everywhere the province is building new transit lines, large-scale communities are in the works.

One could argue that packing housing onto transit infrastructure is a pretty progressive way of city-building, but like many PC government directives, it has been muddied by allegations of cronyism between party officials and big names in the building industry.