Toronto now has a confirmed preview of what its next subway ride could look like, with the first official concept images of the trains that will operate on the new 15.6-kilometre, 15-station Ontario Line linking the Ontario Science Centre with Exhibition Place through the heart of the city.

Infrastructure Ontario (IO) and Metrolinx selected a consortium of companies known as Connect 6ix earlier this year as the preferred proponent for the Ontario Line Rolling Stock, Systems, Operations and Maintenance (RSSOM) package, and the winning $9 billion bid was officially awarded to that consortium on Thursday.

Along with the announcement, IO and Metrolinx revealed the first series of renderings depicting concept designs for the actual rolling stock, with trains manufactured by Hitachi Rail showing off a sleek aesthetic inside and out. 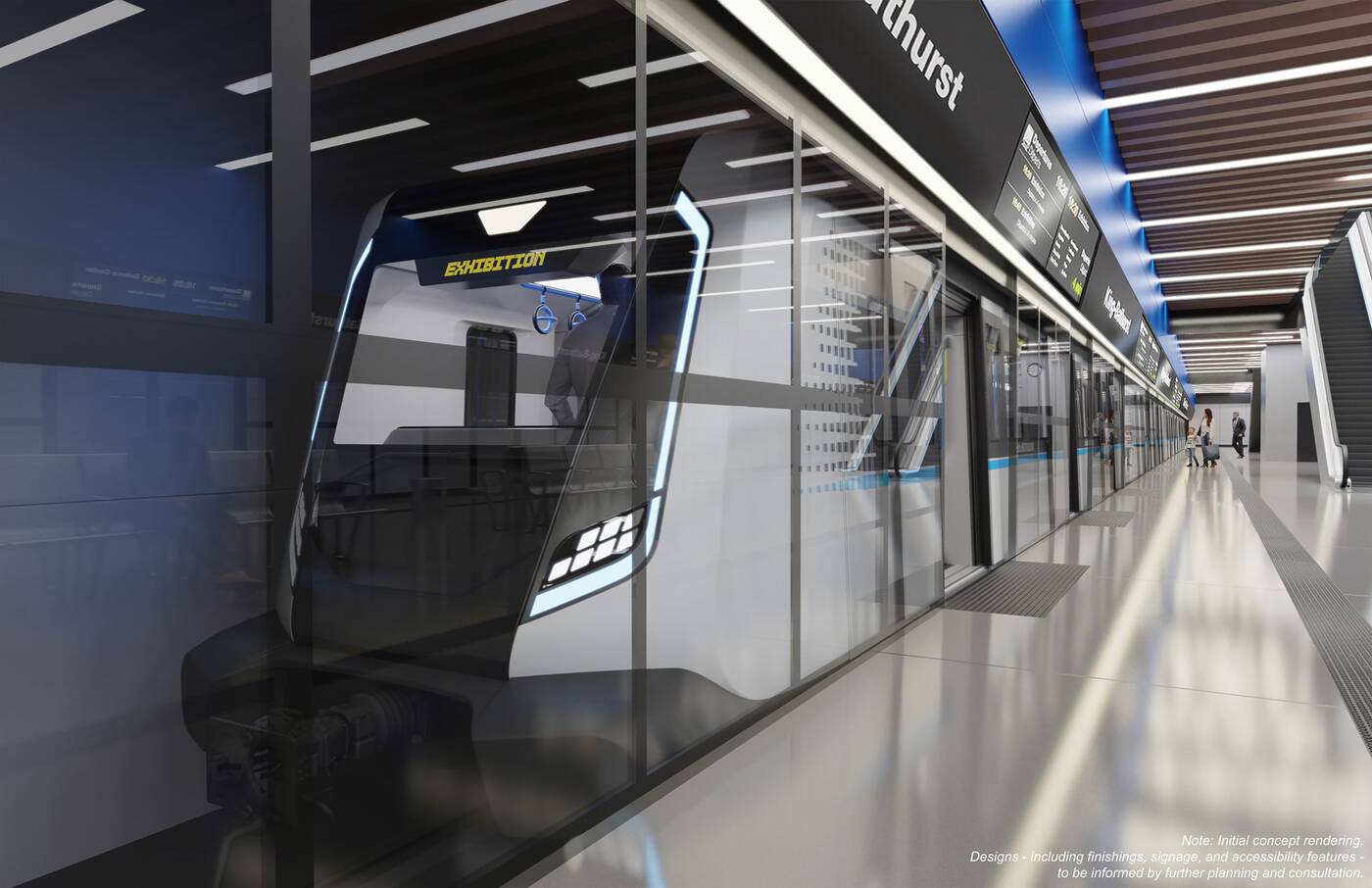 A release from the province states that "the trains will be packed with the latest technology and feature onboard Wi-Fi, digital passenger information screens, charging points, dedicated spaces for bicycles, double wheelchair areas, and continuous, connected carriages." 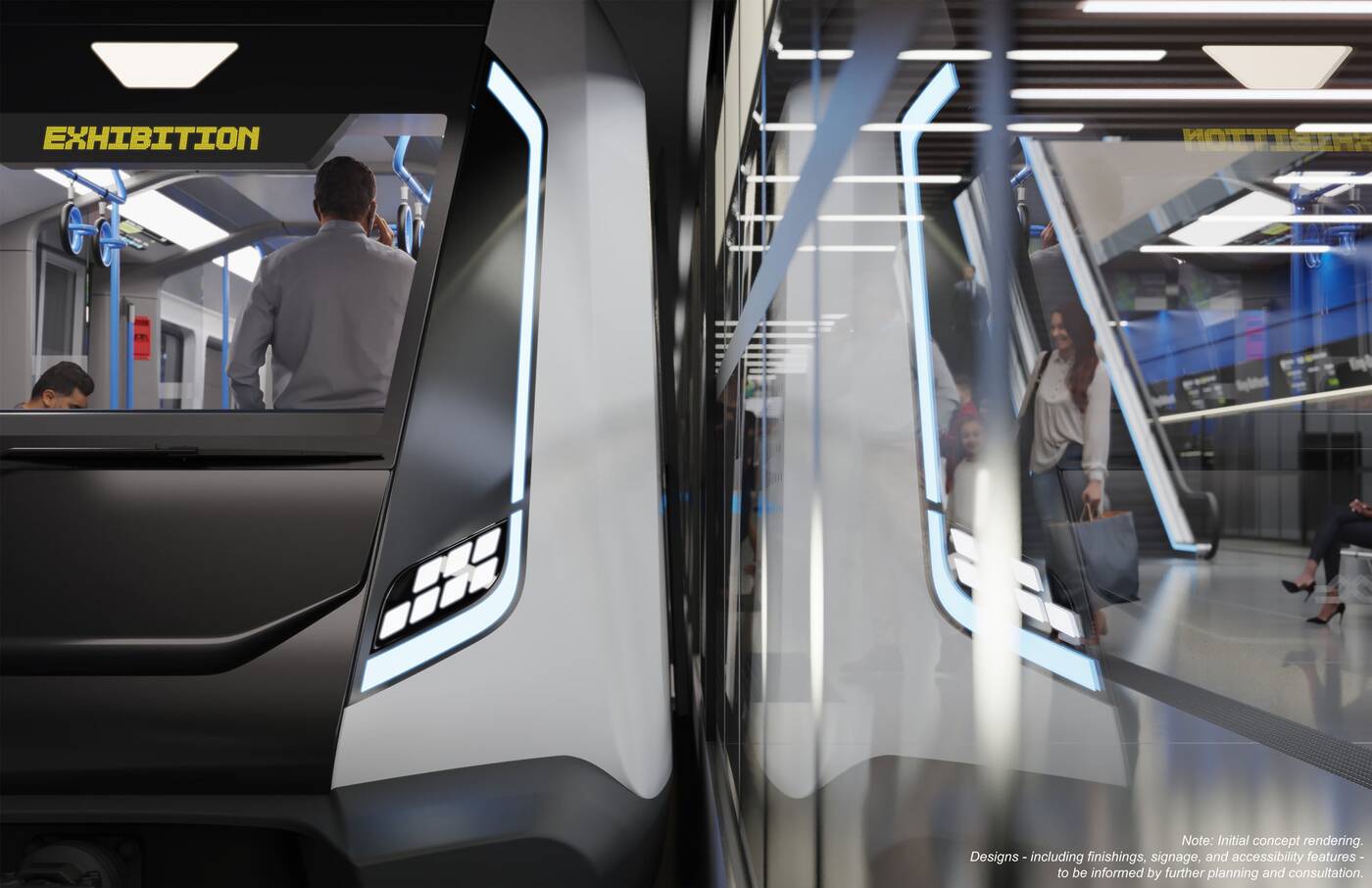 Caroline Mulroney, Ontario Minister of Transportation, said of the announcement, "These milestones bring us one step closer to delivering a world-class transit system for the GTA." 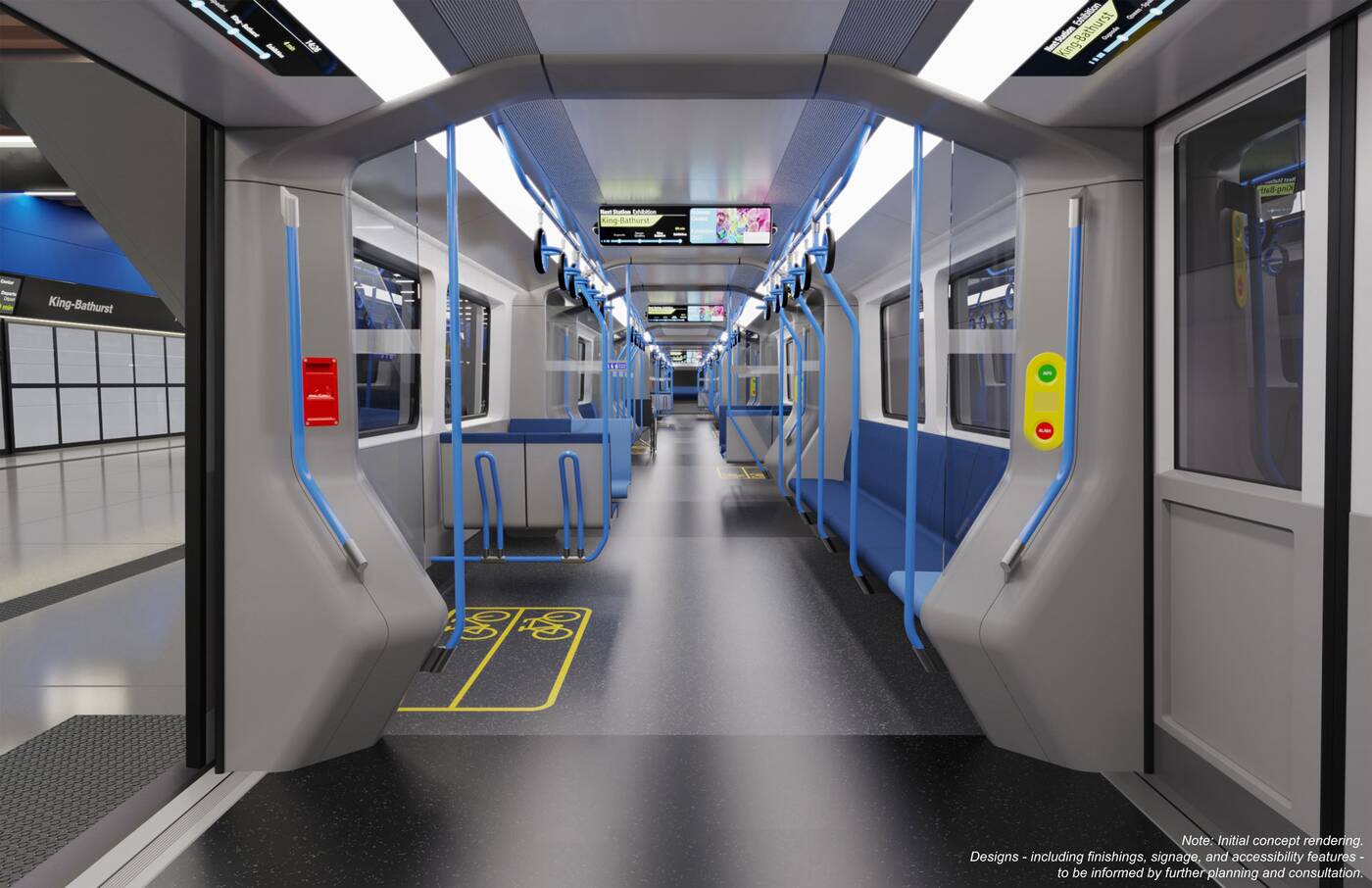 Mulroney added that the PC government "continues to work at an unprecedented pace to move the Ontario Line forward, alleviating gridlock on our roads and creating thousands of good local jobs," referencing the estimated 800 jobs that will be created by the RSSOM contract. 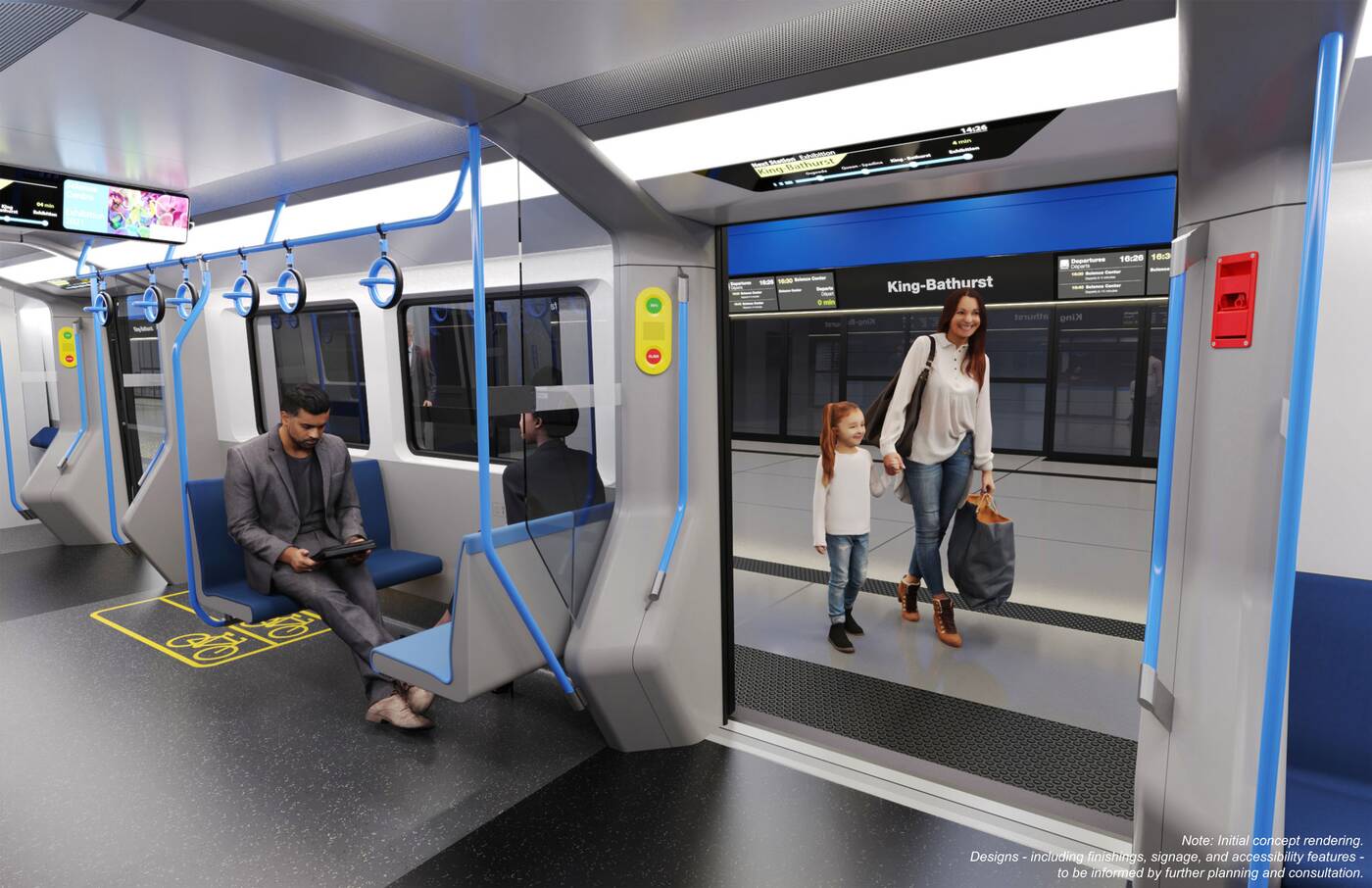 With early preparatory works for the line already ongoing, it won't be long before construction of the new transit infrastructure kicks into high gear. The province expects major works to commence in 2023 with an anticipated 2031 project completion. 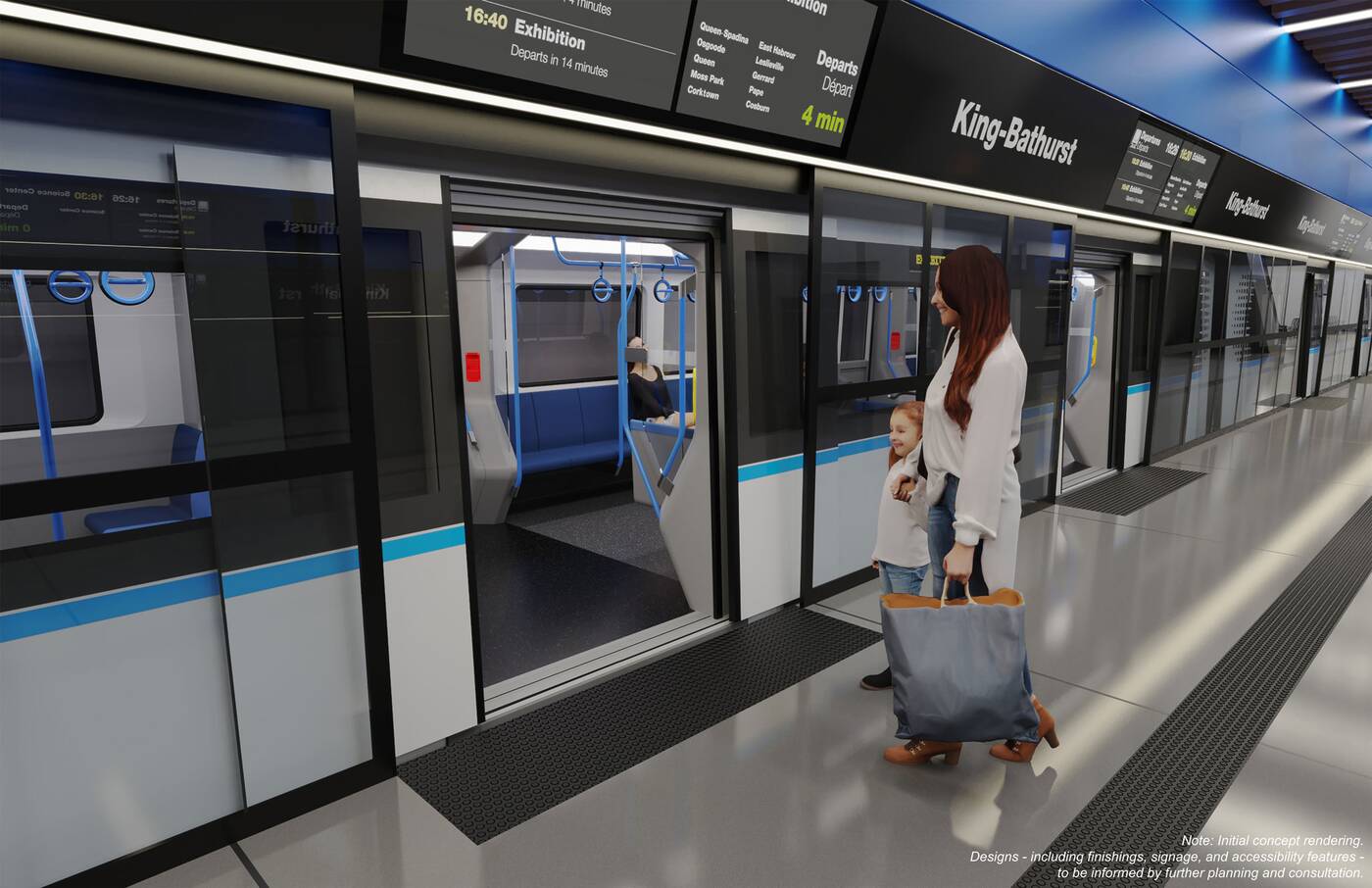 The team will begin mobilizing their design and construction crews, with work to commence in 2023. The project is anticipated to be completed in 2031.