At the start of 2022, homes across the Greater Toronto Area were selling far over asking as competition remained fierce and borrowing costs stayed low.

Come March, though, the Bank of Canada began raising interest rates, and downward pressure started to weigh on home prices across the region. Nine months and seven rate hikes later, the overnight rate now sits at 4.25 per cent; in January, it was 0.25 per cent.

In a stark reversal from the spring, many homes are now selling under the listed price as buyers become increasingly hesitant to enter the market.

To understand how the GTA's housing market has shifted over the course of the year, Zoocasa has analyzed listing and selling prices across the region.

Of the 31 cities the real estate agency analyzed, properties are selling under asking in 24 of them.

Across the GTA, the most expensive markets are seeing the biggest price gaps.

At just 0.02 per cent, Whitby has the smallest price gap in the GTA. 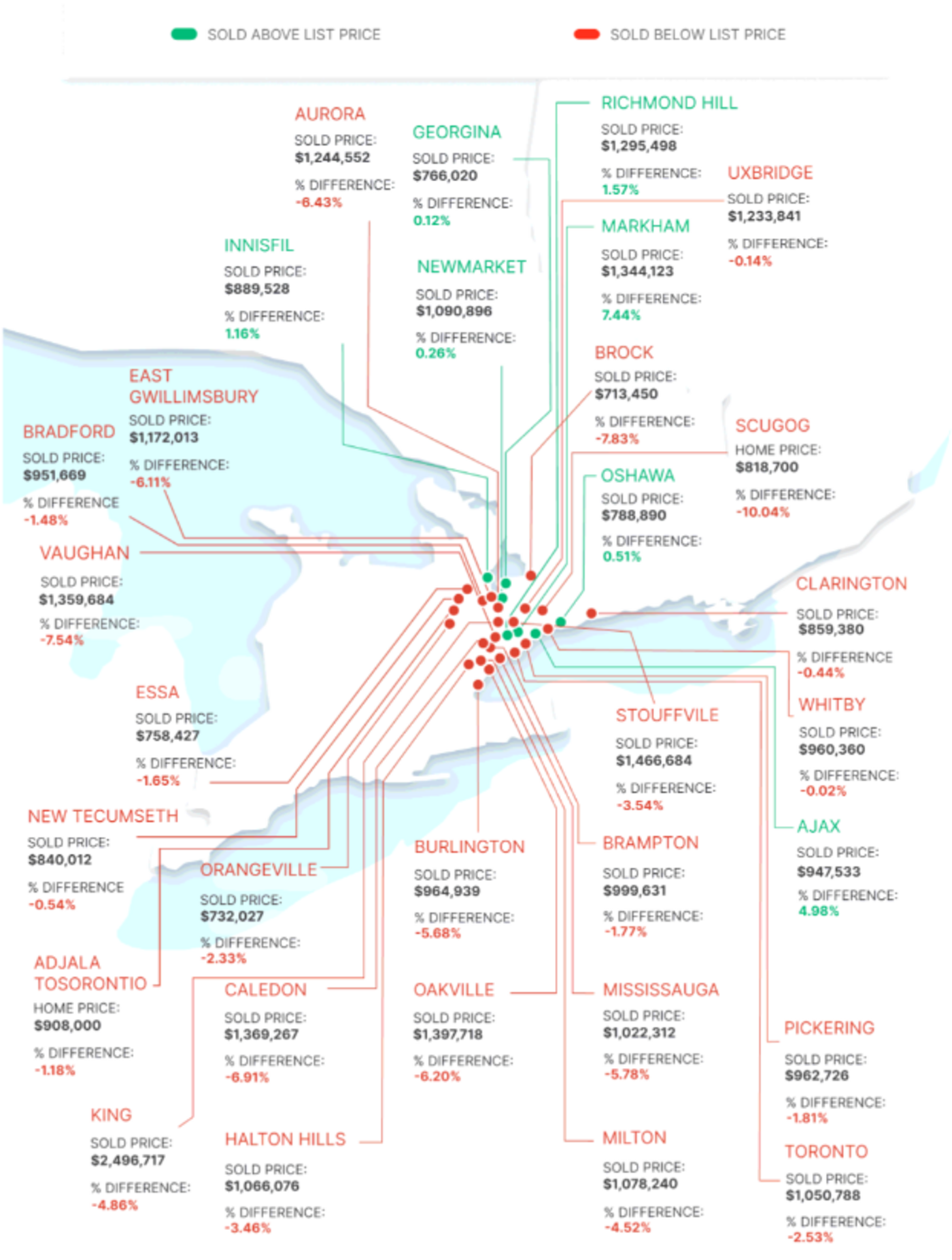 Despite some sizable gaps, the majority of the markets Zoocasa analyzed remain in balanced territory. None of the 31 cities favour the seller, while just three - King, Innisfil, and Adjala-Tosorontio - are buyer's markets.